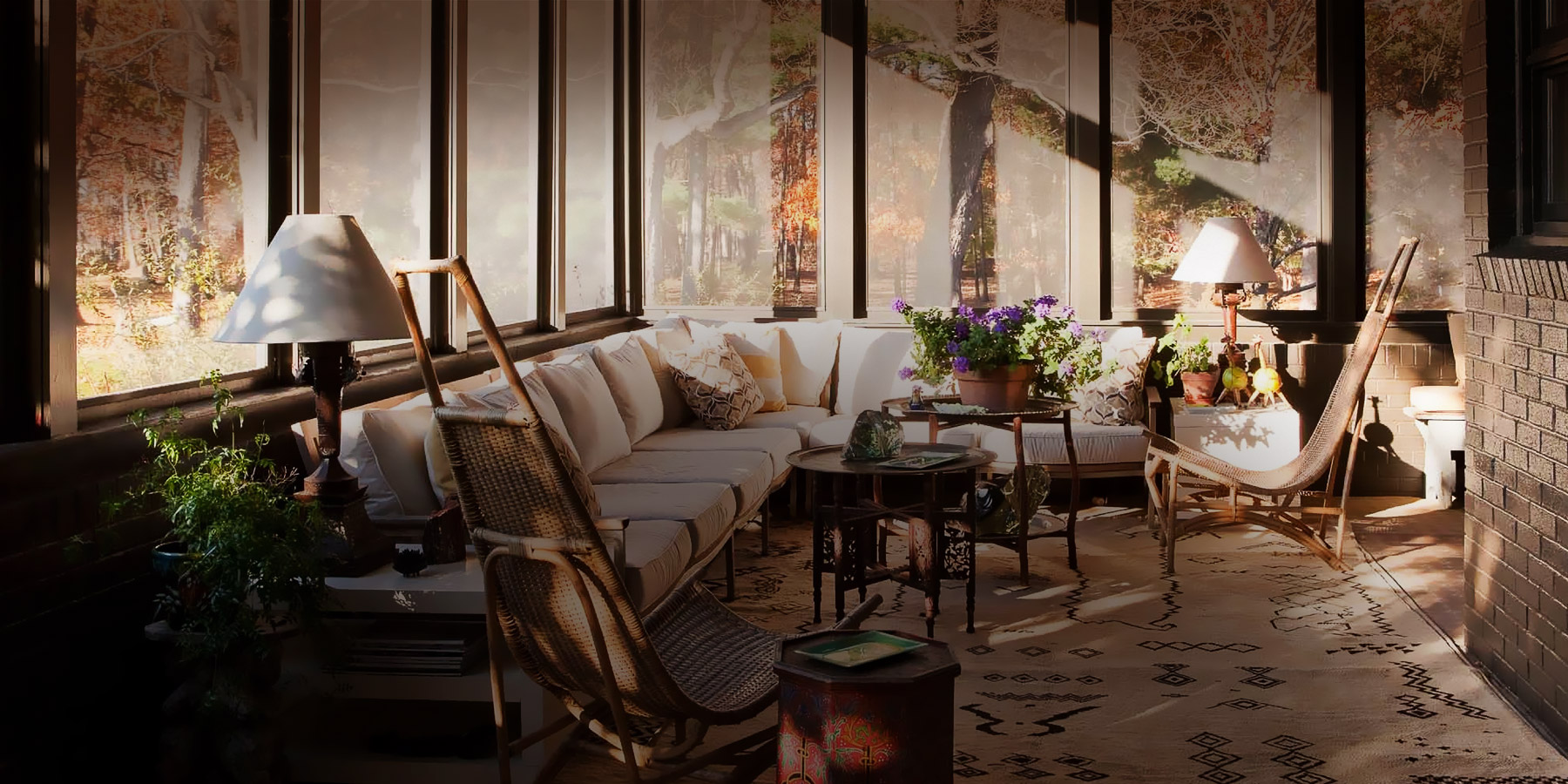 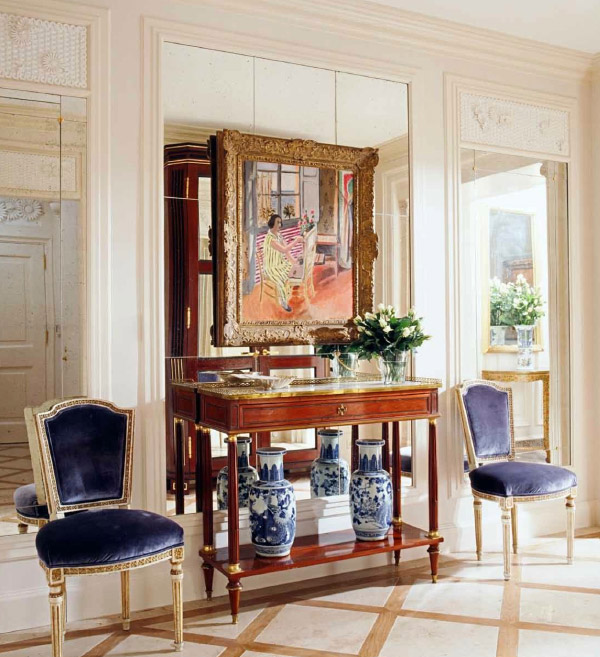 February 2013The foyer of a pied-à-terre in New York’s Pierre Hotel. Photo by Joe Standart

Let’s begin at the beginning: Carey Maloney’s new book is called Stuff. Since the book (Pointed Leaf Press, $65) is a high-end decorating and design tome, that lowbrow title comes with a wink, and the juicy red sans-serif font in which it is rendered drives the humor home.

A writer like me would never be allowed to call stuff stuff, but Maloney — who runs the New York–based design firm M (Group) with his partner in work and life, Hermes Mallea — has that knack, shared by all great designers, for getting away with things. And springing forth from that ability are the improbable yet brilliant combinations of objects that make the rest of us sit back in awe.

The book’s playful attitude is established from the get-go with a double-page spread of a still from Frank Capra’s classic 1938 movie, You Can’t Take It with You. The scene itself is one of sheer bedlam, and fittingly, it is stuffed with stuff. The image is loosely, tongue-in-cheekily annotated with 40 of the topics from the following pages, as if the single random scene encapsulated most everything in the book, from T.H. Robsjohn-Gibbings furniture to African sculptures and the paintings of Milton Avery.

Certainly the M(Group) house style is a rebuke to Minimalism, or rather it ignores the possibility of that pared-down mode completely. Maloney is too deeply interested in the history of design to miss an opportunity to use and highlight a fascinating piece, wherever it comes from. His just-so placement saves it from busyness, as is evidenced from the photographs of delightful client homes, particularly in the New York area (including the one he shares with Mallea upstate on the Hudson River). 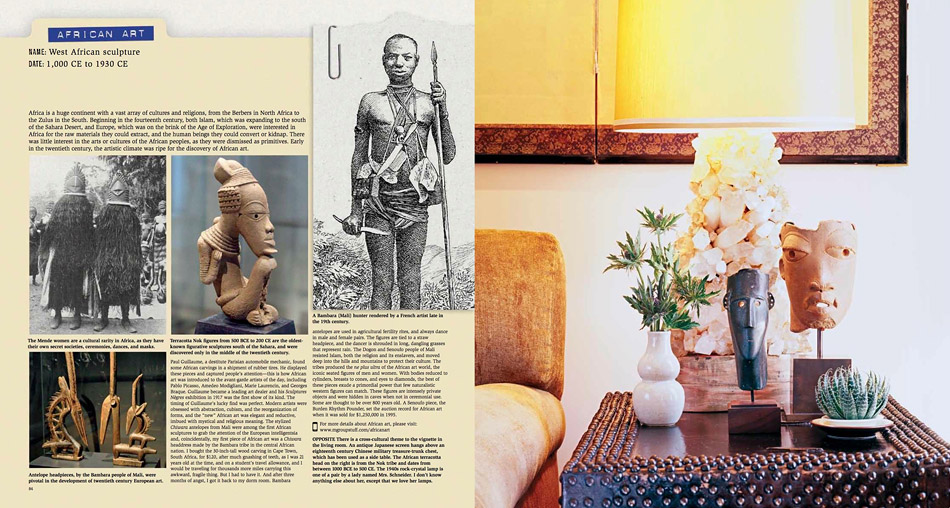 In a Park Avenue duplex, left, cross-cultural references include an antique Japanese screen hung above an 18th-century Chinese military chest topped by, among other objects, an African terra-cotta head dating between 1000 BCE and 500 CE. Photo by Kris Tamburello 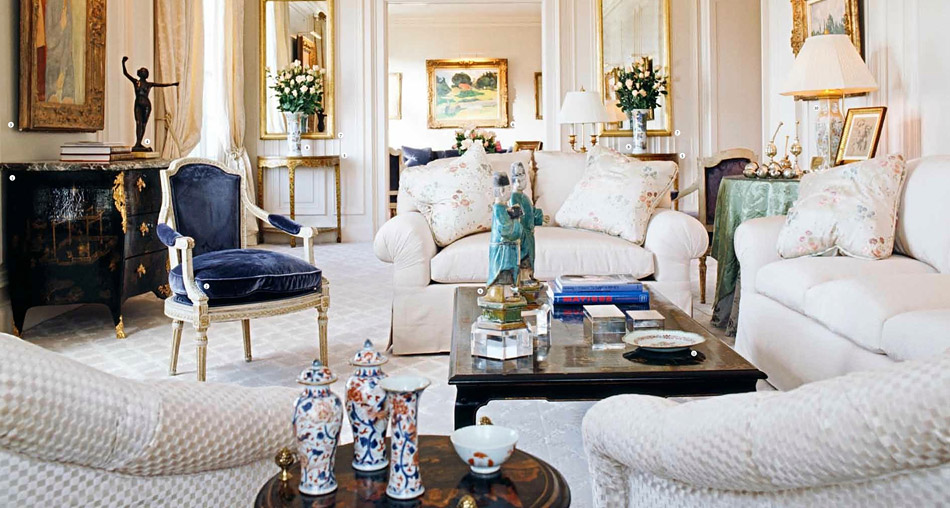 For source-hounds, Maloney conveniently numbered the various pieces in this photo of the Pierre living room, providing details of each object’s provenance in an adjacent coumn. Photo by Joe Standart 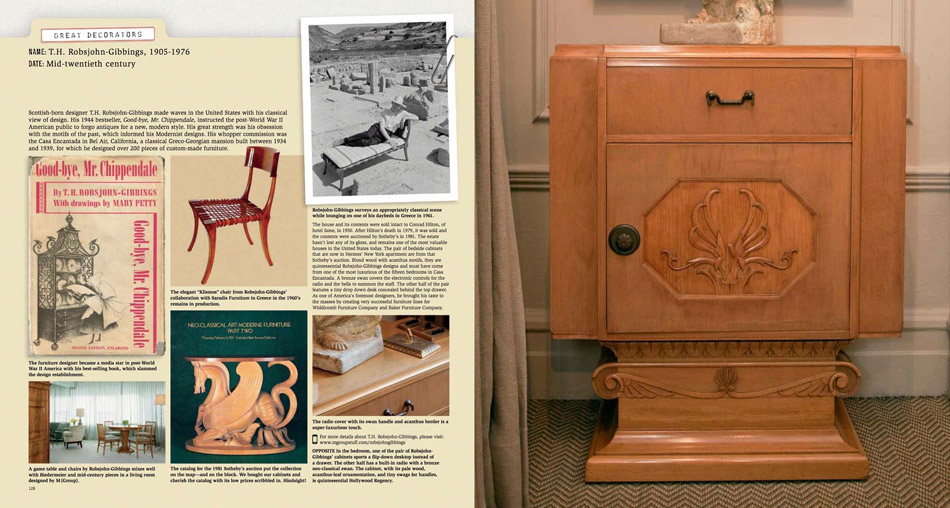 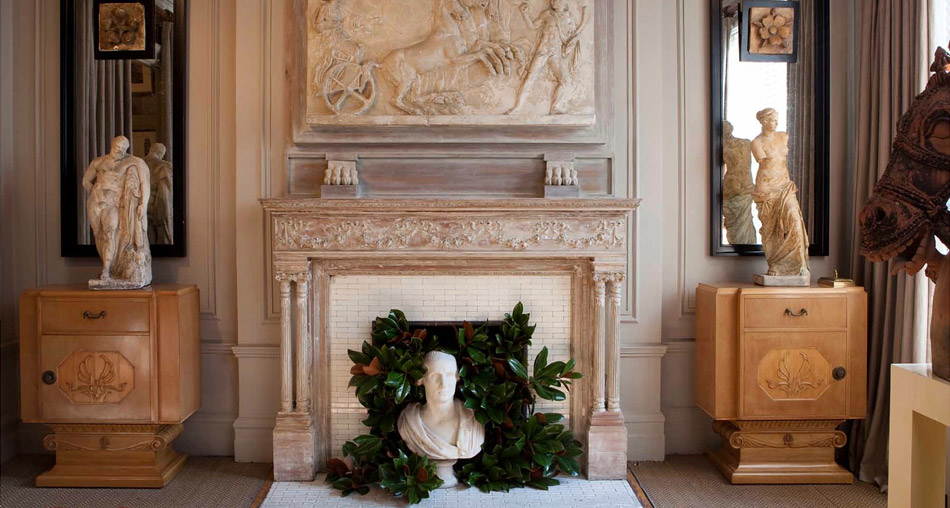 In a West Side brownstone, casts of gods mingle with one of George Washington, which Maloney found in the trash outside a public school on 57th Street. The cabinets are from the Casa Encantada mansion in Bel Air, for which T.H. Robsjohn-Gibbings created 200 pieces of furniture between 1934 and 1938. Photo by Kris Tamburello 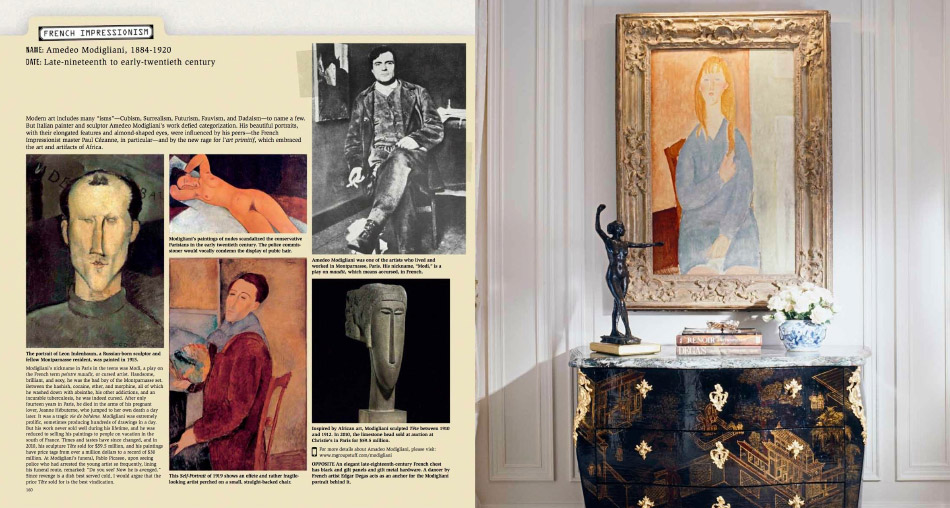 A page devoted to French Impressionism further charts the inspiration for a tableau in the Pierre apartment, where a Degas dancer sits atop a late-18th-century French chest, beneath a portrait by Modigliani. Photo by Joe Standart 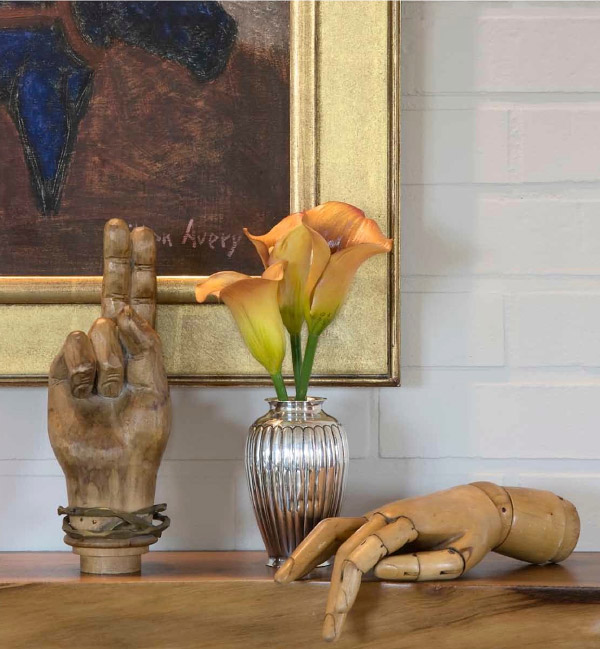 In a Greenwich Village apartment, a landscape by Milton Avery hangs over a custom-made George Nakashima mantel shelf. Photo by Kris Tamburello

Perhaps the most impressive thing is the lack of hierarchy in the book. Chinese revolutionary ephemera from the late 1950s, of the kind you won’t see on the block at Christie’s, is afforded the same care and attention as 19th-century Empire furniture and paintings by Modigliani. Maloney is quite clear on the fact that there’s a place for everything, regardless of cost.

But Maloney also thinks that it helps both decorator and client to have the backstory of an artwork, whether humble or priceless, to understand how to use it. And, uniquely, he’s not making the reader flail around on Google to find it — rather, he provides deep dish on all the categories in the book, using technology in a friendly way.

To access this info, you can either download the free Discover Digimarc app on your mobile device or simply go to the links he lists, which are also all on mgroupstuff.com. These lead to a whole world of historical tidbits, related museum shows, book recommendations — even links to buy objects on 1stdibs.

You may or may not want to watch a 14-minute documentary on steel production, produced by the U.S. Bureau of Mines in 1946 — I did, because I felt Maloney was daring me to — but he gives you the option, once you’ve read his dossier on using metalwork in a smartly decorated room. Did you know that the Egyptians called iron “metal from heaven?” Now you do. Also on offer is a link to the site of Russia’s State Hermitage Museum, which brings the reader back to more familiar ground, namely the elaborately worked decorative arts pieces favored by the czars.

The official motto of Stuff is “Have fun — and learn something.” Mission accomplished on both counts.