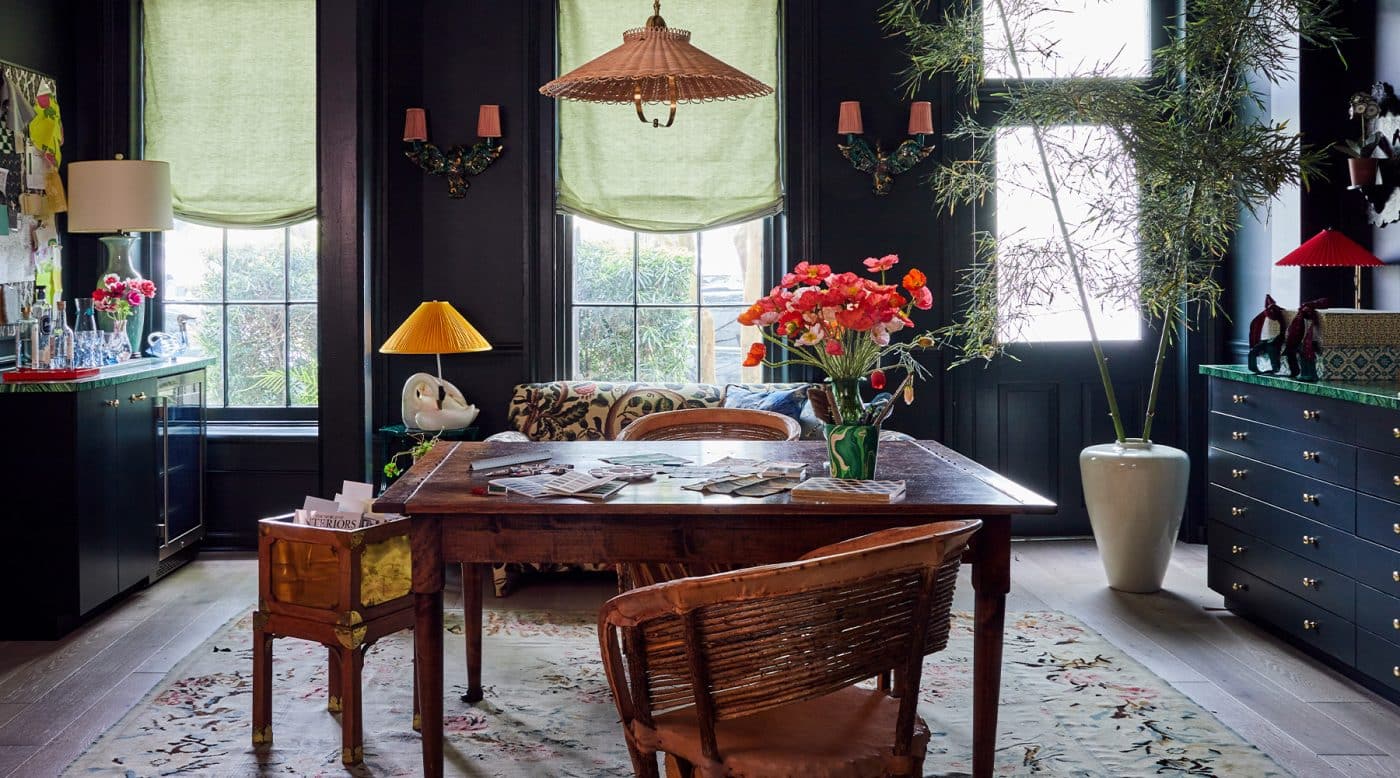 Moved by her appetite for aesthetic pleasure — and the death of her parents — the author abandoned jurisprudence for a career centered on beautiful things.

I remember more vividly the treasures I discovered while furtively scrolling the site during contracts class than I do anything about unjust enrichment (if you know, you know). Not paying attention in class was not my style, and it was not how I made it to Yale Law School in the first place. But in 2008, for several reasons, my academic ambitions began to seep away and were subsumed by the world of design and the idea of Home.

Let me share with you a few of these reasons: I had just gotten married. My father was dying of terminal cancer. Committing to a lengthy commute to school in New Haven, I had closed on a dream Manhattan apartment on Riverside Drive — the very week my dad was told, in a Sloan Kettering hospital room overlooking New York’s other river, that it was time for hospice.

My love of history, my major in college, had not translated to the law as I’d hoped it would. But as it turned out, I really did love furniture, interiors and the decorative arts, and 1stDibs sneaked up on me as the place to go to escape the newly grim realities of my daily life. Designing my new apartment allowed me to dwell in the area of my mind, always there but long-neglected, that could somehow feel shape and color, thus quieting my whirling left brain. The relief was immediate and immeasurable.

Fast-forward 10 years. It is 2018. My father has died. I have two children. I have briefly entered and then left legal practice, moved to South Carolina and sold that beloved Upper West Side apartment. I have bought and renovated over several years a big historic house in Charleston, thereby discovering a passion for both the minutiae of floor plans and the loftier project of place making. I’ve quietly begun designing for people who are not related to me — or me — and have a growing number of projects in my adopted hometown. But I have not yet made it official, declaring to the world that this is what I now do.

What it took to get me here was another not-so-subtle nudge from the universe: I lost my mother. While I sat at her bedside, it was again thoughts about design that filled my world with beauty, providing a little respite amid yet another long goodbye. At the time, I was working on our family home in southwestern Massachusetts, which provided a beautiful and meaningful backdrop for my younger sister’s wedding. When my mother died, two months after the magical wedding that had doubled as her farewell to family and friends, I returned to Charleston, at last ready to hang a shingle, and signed a lease on my studio.

It helped that I stumbled upon the perfect space: two light-filled rooms on the ground floor of a historic maritime building just off Charleston Harbor, a few short blocks from home. In contemplating its design, I knew it needed to provide ample storage for samples, a couple of places to write and draw, tables for making presentations, pin-up boards and so on. But in that moment, what I really needed the space to do — what I believe we all need our environments to do — was to sustain and inspire. I joked I was seeking a separation of church and state, “church” being home life, “state” my work.

Home was nice, but the studio was there to help me dream, and I chose the first few things — a happy clover-covered Josef Frank wallpaper, smart repro JEAN Royère sconces, a twinkly Wiener Werkstätte pendant, a hulking American bamboo cabinet, a workhorse Karl Springer parchment desk (it can withstand the slip of a Sharpie) — instinctively, with conviction and joy. Everything else that has been layered into the space since then was acquired like the first thing I ever bought, with instantaneous affinity, the decisiveness that goes along with good decorating and can feel like a drug.

While most of the charming things in my studio are just passing through on their way to placement in various projects, the unstudied but successful cacophony they create is a tableau of my design philosophy: choose and buy only the things that move you, even if you can’t quite say why, and just trust that they will end up playing well together. Or if doing it yourself is not in the cards, find someone who can make meaning and magic and deliver you a home that will cradle and delight you in the best — or worst — of times. 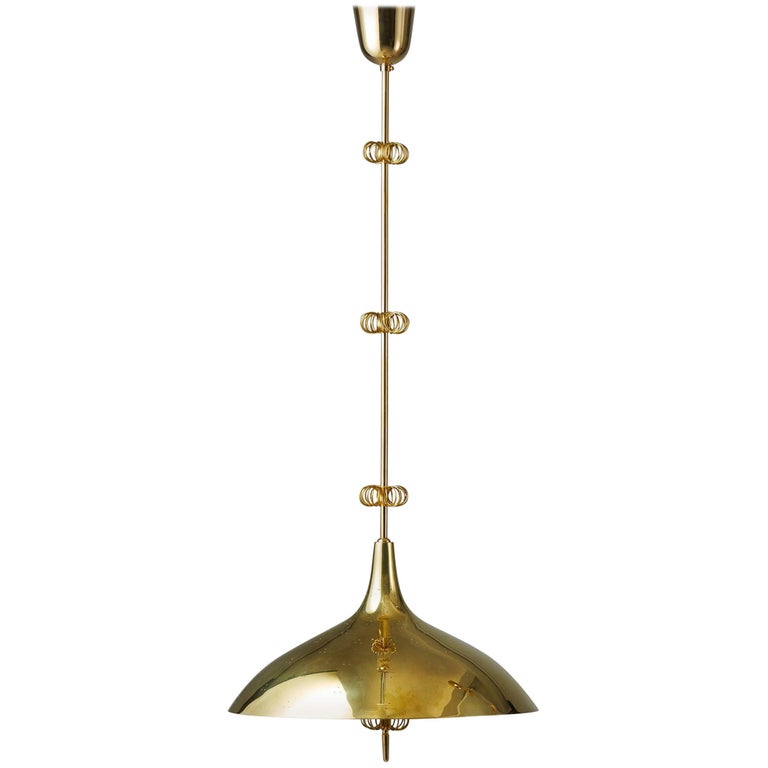 “One of my greatest regrets is not buying a Paavo Tynell Snowflake chandelier about twelve years ago, just before his work exploded and pieces quadrupled in price. I love how his lighting is both strong and modern but delicate. I think this pendant could work in so many settings, but I would especially love to see it over a center table in an urban entry.” 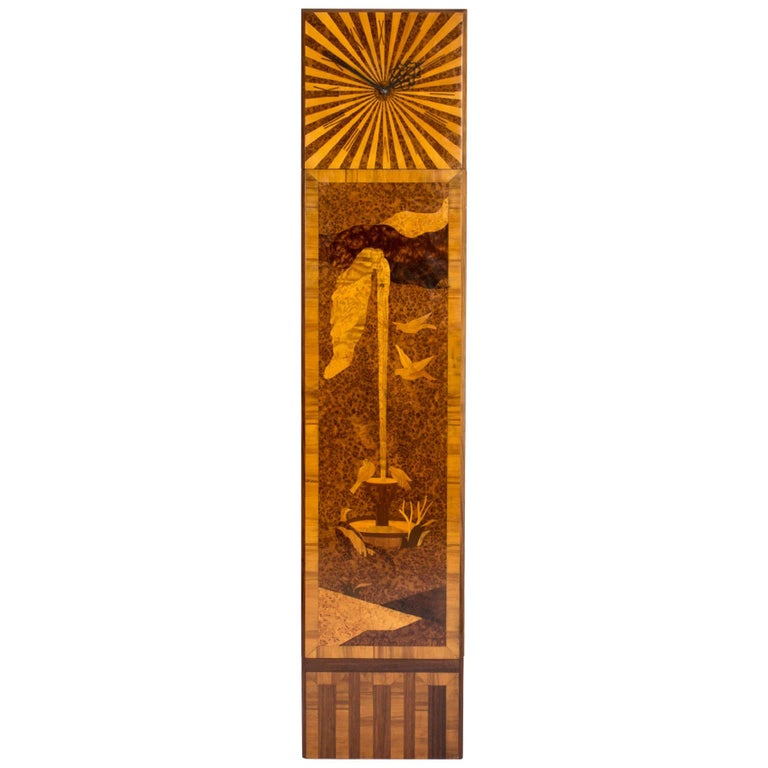 “This clock is the ultimate expression of form and function: It is both art and object. I love pieces like this that demonstrate incredible craftsmanship and are expressions of great traditions — in this case Swedish marquetry — and I have a particular weakness for nature-themed motifs.” 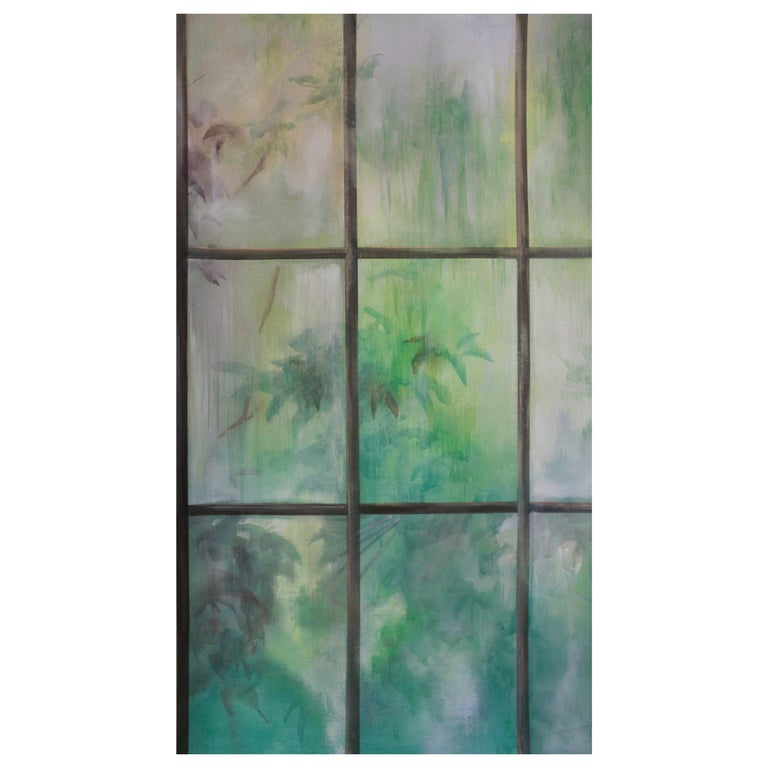 “I have long been a huge fan of Pictalab’s work and was thrilled to discover that they produce wall panels in addition to their custom murals. I would love to deploy this dreamy design to create a greenhouse in the sky.” 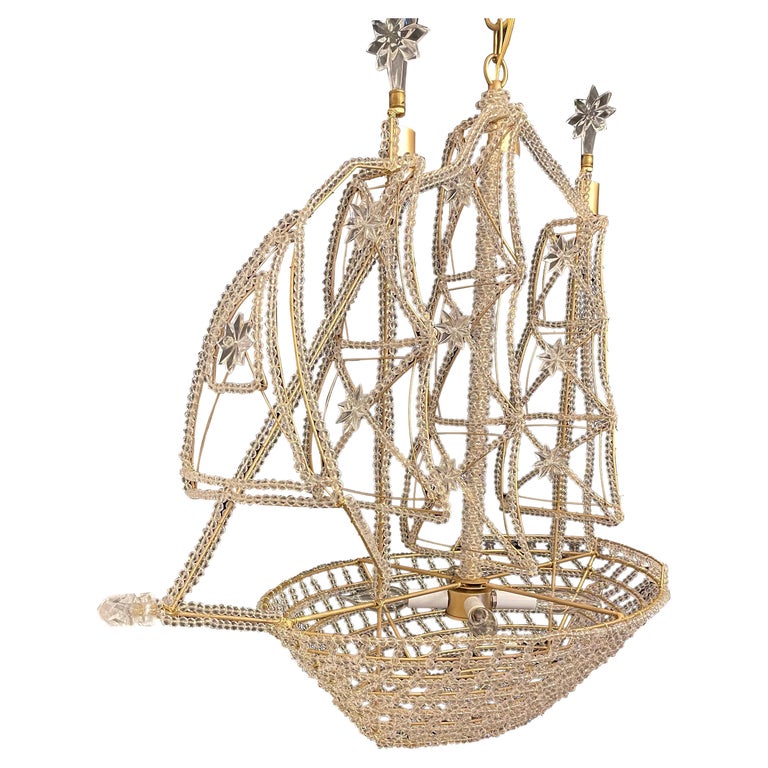 “I love the whimsy of ship chandeliers, and this one is beautifully beaded. I have one in my bedroom, but I would love to build a dining room around this one.” 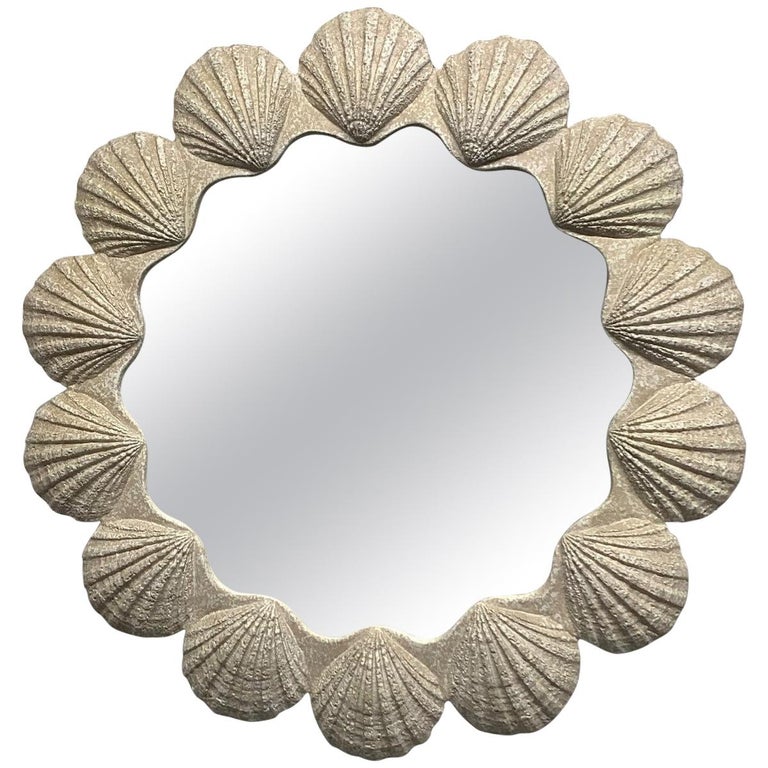 “One of my favorite things about living and designing in Charleston is that it feels right to incorporate shells into the decor, as an elegant nod to the coast (without becoming ‘coastal’). Often I look for shell sconces, but this mirror caught my eye — it would be perfect for a beach house on nearby Sullivan’s Island or Folly Beach.” 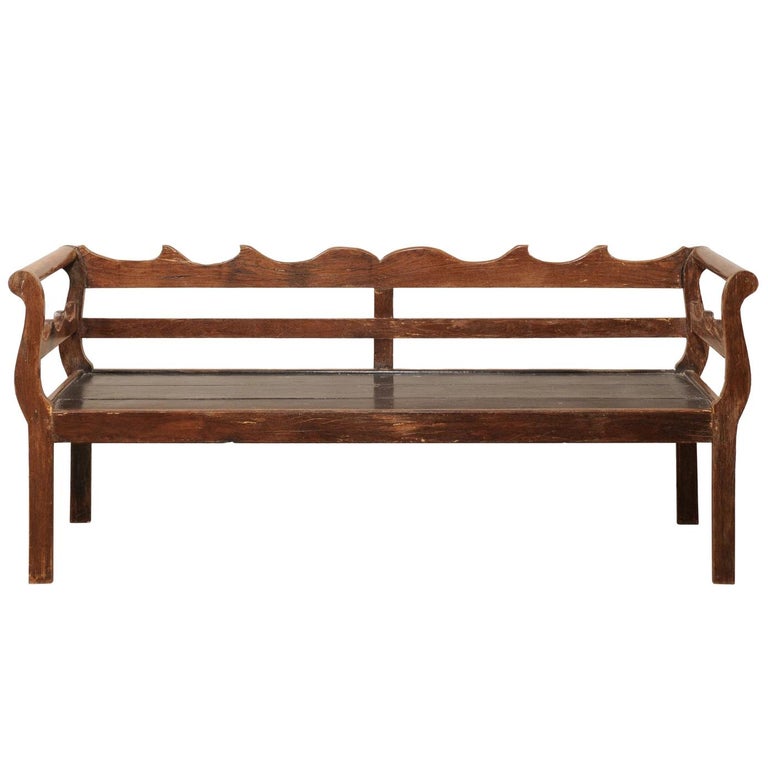 “I love the lines of this Brazilian bench and would place it in a traditional New England country house, as an unexpected alternative to an American piece.” 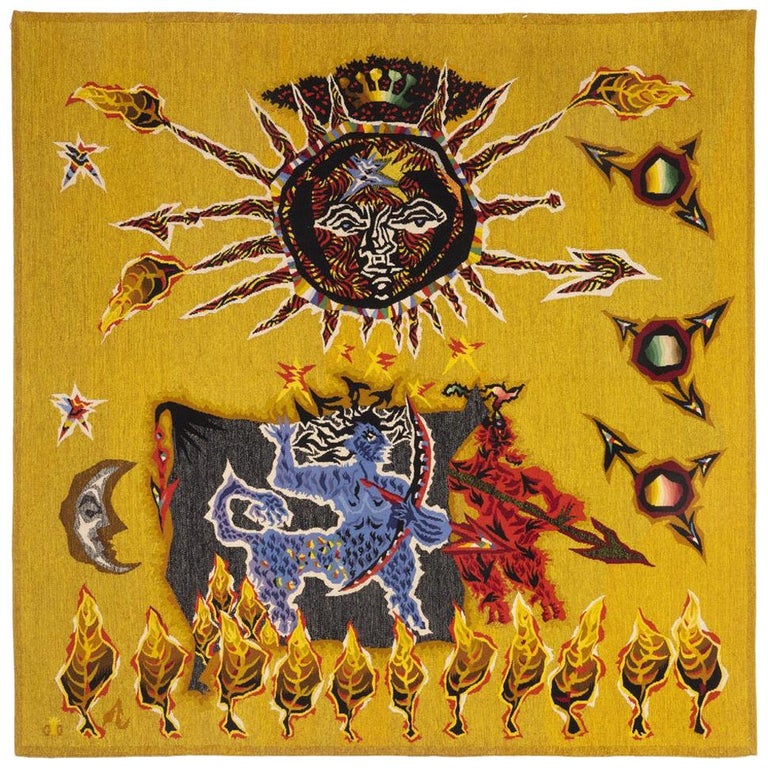 “If I could put a tapestry in every project, I would — they do today what they have done for centuries, which is enliven and transform walls without the hassle of installing massive works of art. While I love the old French verdure versions, I have a particular affinity for those by twentieth-century masters Jean Lurçat and Jean Picart le Doux, who revived the art of Aubusson in the most interesting, graphic and modern of ways.”