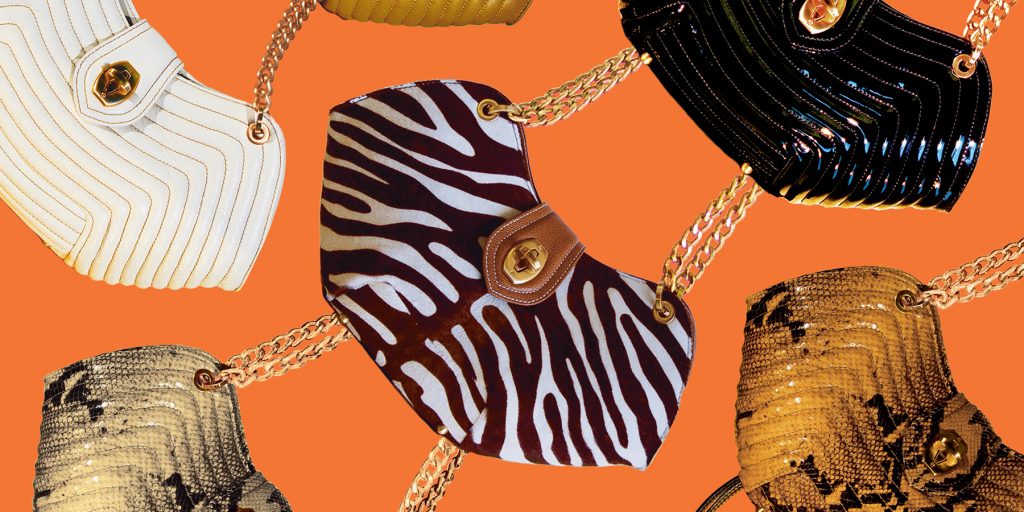 Breaking family tradition turned out for the best for this now institution in the luxury headwear and handbag world.

August 22, 2010With a blessing from Yves Saint Laurent himself and a high society following, Eric Javits slowly conquered the luxury hat business and evolved into accessories. All photos courtesy of Eric Javits

In New York, the Javits name seems eternally linked to Jacob Javits, the state’s long-serving and much-loved liberal Republican Senator (he held office from 1957 to 1981) in whose honor the sprawling convention center on Manhattan’s far West Side was named. But there’s another well-known Javits in town — the Senator’s great-nephew, Eric Javits, who when settling on a career path veered not toward politics but to another of New York’s great industries: fashion. The designer of soigné hats and accessories that whisper American classic style, à la Slim Kieth, admits: “I am the only one in the family who has tried his hand in business because when you’re a Javits it is assumed that your future rests in law and politics.”

Like his uncle, however, Javits is driven and determined. An admitted workaholic, he is most often found drawing and creating his trademark luxury headwear and handbags in his massive Long Island City warehouse. “I am a businessman by default,” he says, “since I am really a creative who was born to design.”

The designer’s career start is a quintessential 1970s New York story. A child of privilege who admits to never having held a summer job, Javits and his pal Mimi, then still teenagers and friends at the boarding school Choate, were in town for some clubbing. “Mimi was determined to get into Studio 54,” Javits explains. “We knew that people were admitted based on their celebrity status or how they looked. Mimi was able to get her hands on a strapless black YSL dress but I thought if she added a chic cocktail hat, her total look would help us get in. From fabric scraps of velvet and silk, I made a remarkably stunning pillbox that Mimi wore perched forward on her head. I threw on a white dinner jacket and, together, we couldn’t have looked better. Steve Rubell handpicked us ahead of hundreds of others who were queued up at the door that night.” 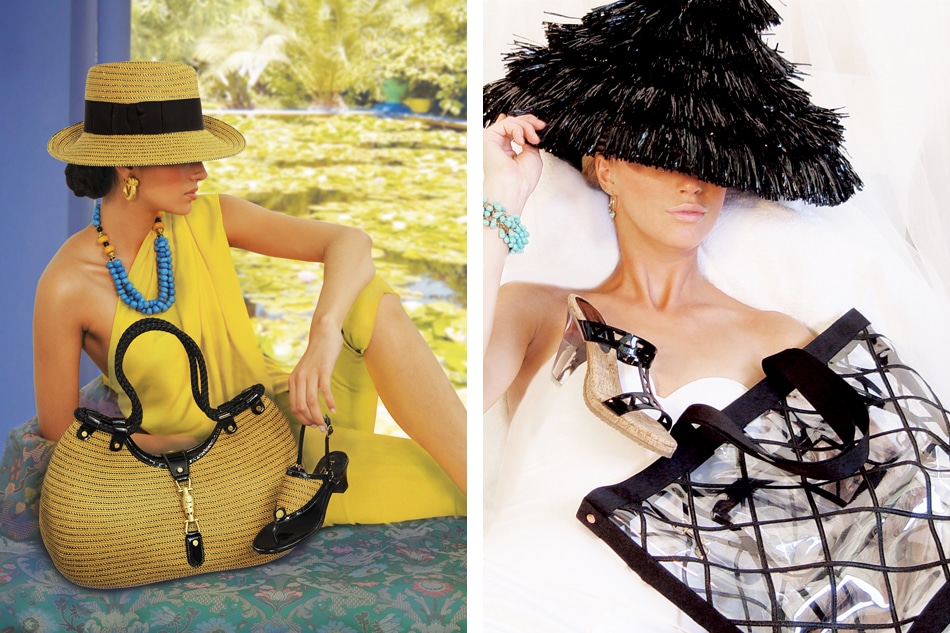 It was this standout “Mimi” pillbox hat that would lead Javits on to greater things. After attending the Rhode Island School of Design, Javits created his first full line of hats in 1978. The company has since grown into a multi-million dollar accessories business, which for the past decade has been the biggest supplier of hats and straw accessories to Saks Fifth Avenue, Neiman Marcus and Bloomingdales. His creations are a perennial favorite among the swell crowd inside the Royal Enclosure at Ascot. (Javits’s relationship with the British dates back to 1987, when the city of New York presented Princess Diana with an Eric Javits hat at a ceremony at The British Consulate; years later, First Lady Laura Bush would wear an Eric Javits hat to the funeral of the Queen Mother.) And celebrities from Alicia Keys to Britney Spears have worn Eric Javits hats for their music videos and concert performances.

He admits to being pretty wet behind the ears in the early days, so much so that upon being asked by a buyer at Saks, “What do you plan to show for the Fall/Winter season?,” he was dumbstruck: He didn’t know there was such as a thing as a fashion season. “I thought that all I had to do was to create the collection,” he says with a laugh. “Isn’t this what all my fashion idols had done?”

Among those idols, it is Yves Saint Laurent who leads the pantheon. “Yves Saint Laurent was really my design inspiration,” he says. “He approached everything as an artist, yet his work was always glamorous, chic and logical for its time. He was also a magnificent colorist — a genius.” Javits met Saint Laurent only once, in 1978 at the Opium fragrance launch after-party at, fittingly, Studio 54. He was with his sister Jocelyn, his longtime muse, who was “wearing an evening dress that I had designed for her,” he recounts. “Saint Laurent complimented her on the dress but I was too shy to tell him that I had designed it.” 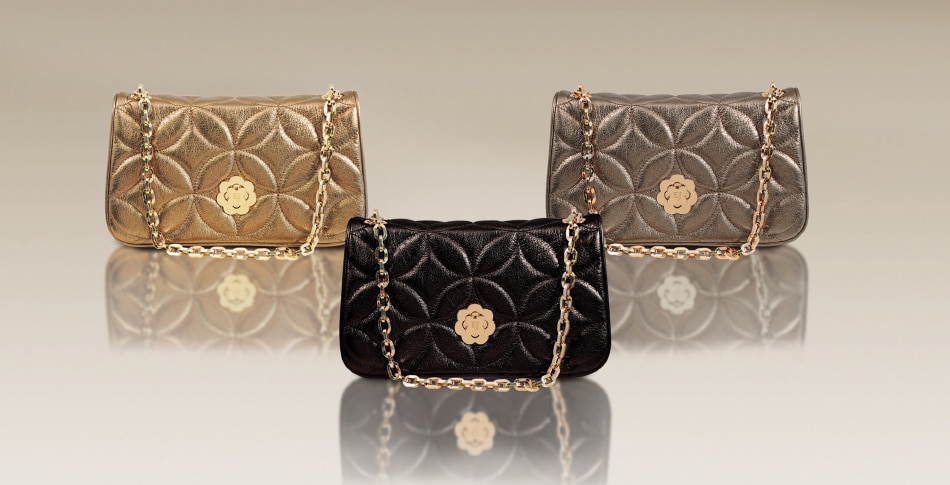 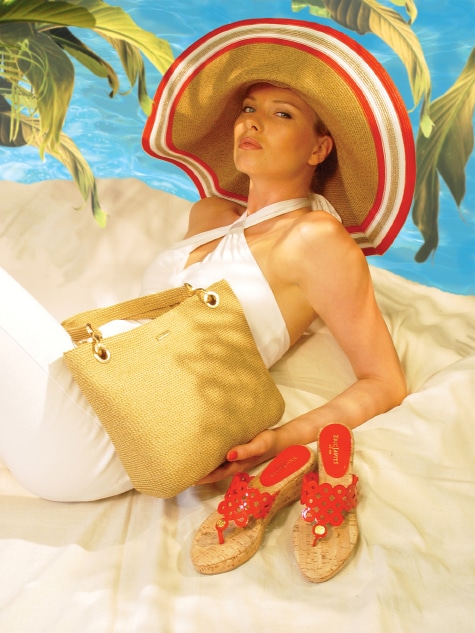 Nonetheless, this unwitting vote of confidence had Javits creating away and he was soon garnering some pretty heady attention with hats for Bette Midler’s cabaret show, head-pieces for The Radio City Rockettes and runway accessories for Adolfo, Mary McFadden and Bob Mackie. All the while he was learning some hard lessons about sourcing, production schedules and mark-ups. It was his Business School 101. He admits, “I have made every mistake that could possibly be made.” Javits quickly realized that he needed to control production and set up his own factory.

What’s more, hats were unwieldy things, requiring large boxes for travel and he decided to try his deft hand at invention. He spent a year developing a proprietary material composite of manmade fibers that mimic natural straws and allow hats to be foldable and still retain their shape. Launched in 1995, Javits’s trademarked Squishee hats revolutionized the head-wear industry and he added handbags in 1997 and footwear in 2001.

A popular man-about-town, Javits’s personal style is also much admired. The one-time enfant terrible, has matured into a stalwart of the charity-ball circuit and he’s always turned out in classic, refined clothes. “I wear the same type of things that I have always worn,” he says. “Gucci moccasins, tailored jackets with peak lapels and high armholes, colorful twill belts and anything Turnbull & Asser. And I wear planter hats daily that I make myself for sun protection.”

For his home, Javits admits that he’s long liked to mix things — Modern with family-owned pieces, but he’s beginning to lean more toward minimalism (this is increasingly true of his hat and handbag designs, too). “It’s appealing to have an anti-clutter home,” he says with a smile. “And I think my cleaning lady likes this design style, too.” 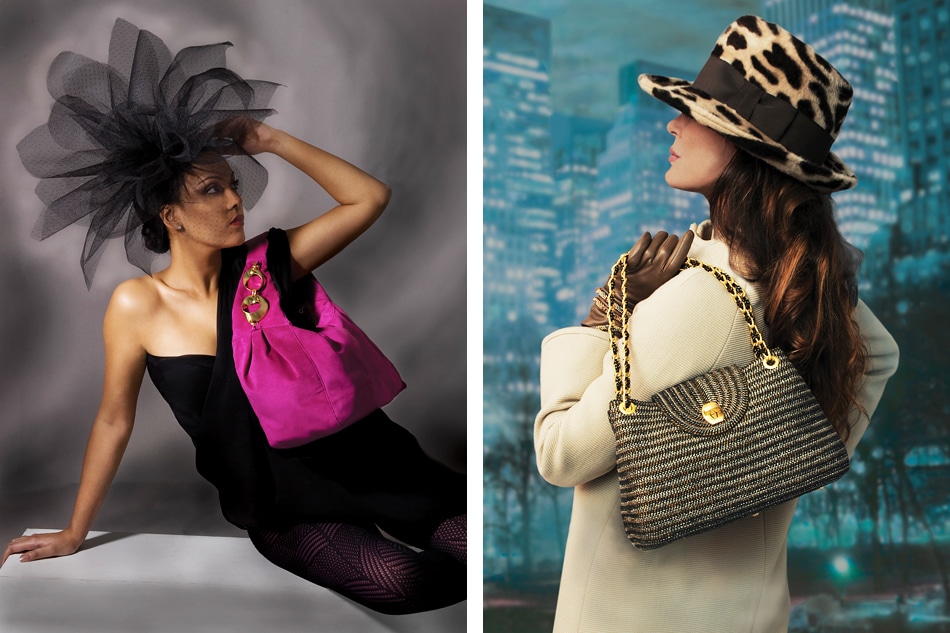 BOOK: Cabinet of Natural Curiosities by Albertus Seba is an illustrated journey of animals, plants and insects from all over the world by artists that Seba, a Dutch collector, commissioned almost 300 years ago.

MUSEUM: I love the Picasso Museum in Madrid and as a native New Yorker I am a huge fan of the Museum of the City of New York. Its exhibitions are of the highest caliber — and you never have to fight crowds to see them. The Fogg Art Museum at Harvard has an outstanding collection of Rembrandts that were donated by Grenville Winthrop, a collector who was advised by my great-grand uncle, Martin Birnbaum, a noted authority on art.

RESTAURANT: The most delicious vegan cuisine in New York is found at Candle Café. There are not enough superlatives for the chocolate soufflé at La Grenouille. The butterfly shrimp are outstanding at Mr. Chow.

HOTEL: The Ritz in Madrid serves an amazing breakfast out on a white marble patio facing a lush tree-lined garden. As a chocoholic I also appreciate the endless supply of dark chocolates left at your bedside every time you leave your room.

MUSIC: I adore any CDs by Dusty Springfield. I also love Portfolio by Grace Jones which brings back memories of a very carefree time.