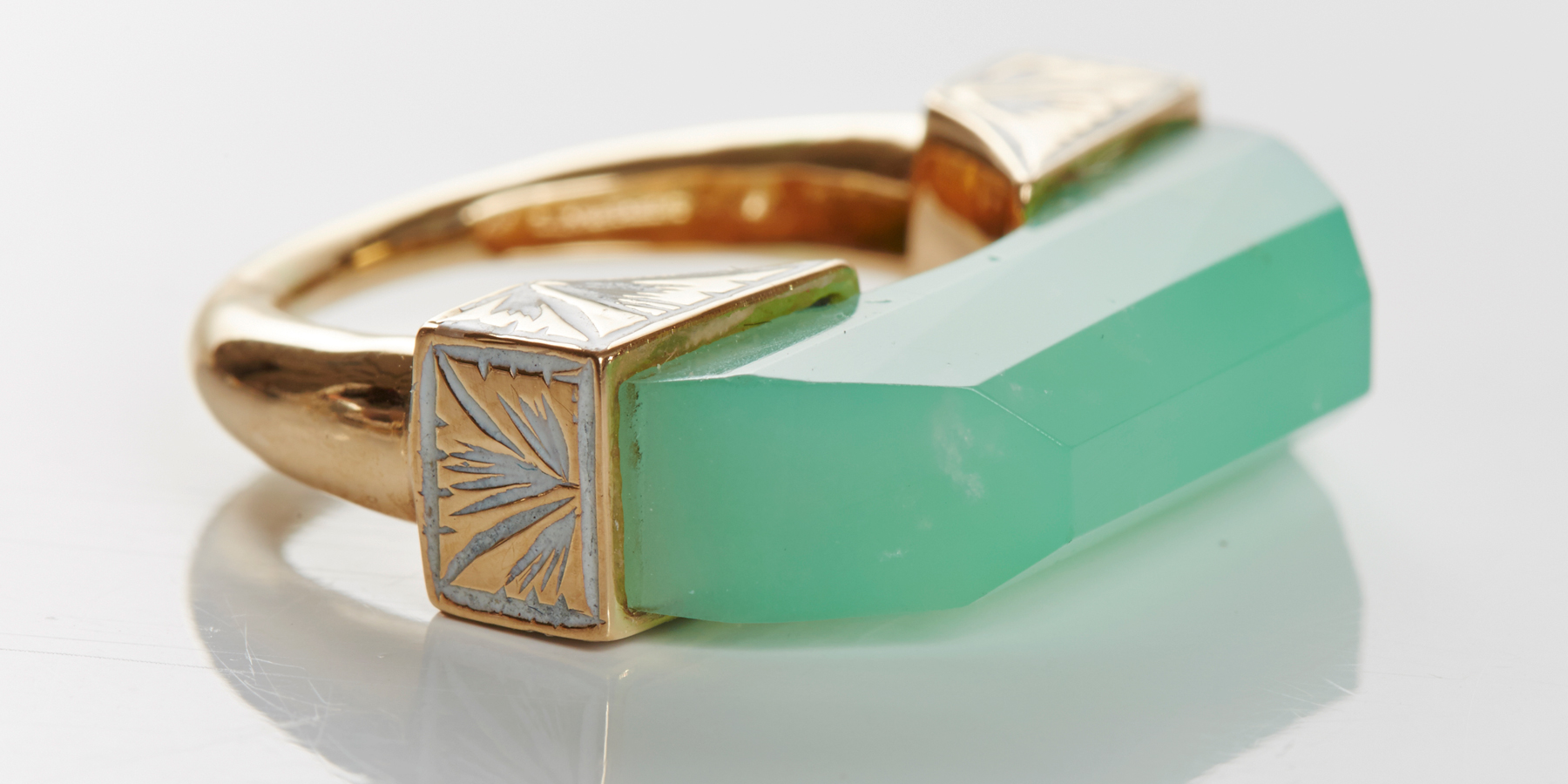 Jade Jagger, the multifaceted London-based designer (and daughter of Mick and Bianca), is now firmly focused on her jewelry creations, exquisitely handcrafted in India. Here, she discusses her latest collection of glittering gems — exclusively available on 1stdibs.

The London-based designer has designed homes and hotels in addition to jewelry. All portraits by Julian Marshall

Jade Jagger doesn’t do things by halves. Just a few weeks before the September 3 launch of her new limited-edition jewelry collection, “Neverending,” exclusively available on 1stdibs, she is quietly checking in on her six-week-old baby, via a handheld monitor, while talking to a journalist and fielding questions from family members, who are wandering around her airy, art- and objets-filled house in the rapidly gentrifying East London neighborhood of Hackney.

Jagger has always been a woman of many facets. She is, famously, the only child of Rolling Stone singer Mick Jagger and his first wife, Nicaraguan beauty, Bianca, and her peripatetic childhood took her between New York and London, with frequent trips to India and Ibiza, where she lived for more than a decade after having her first two children in her early 20s. In 1996, she started an embroidery business, Jade Inc, working with small factories in Delhi and Jaipur, India. In 2000, she was headhunted by the venerable British luxury jewelry company Garrard & Co., soon becoming creative director.
Since leaving her position at Garrard & Co. in 2008, she has designed residential projects with Thomas Bartlett and launched a music and events company called Jezebel. But jewelry design is, she tells Introspective, her primary passion. Here she also speaks about the inspiration behind “Neverending,” her love for India and her fervent belief in the handmade. 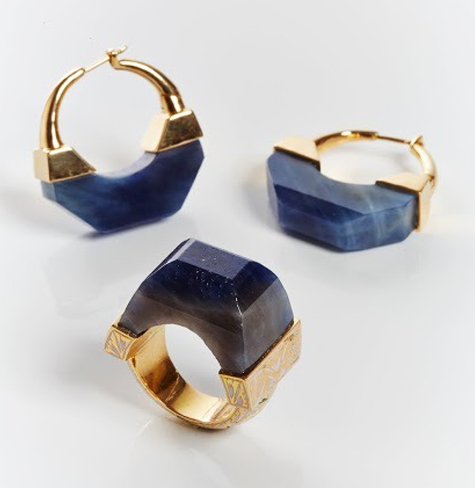 You studied fine art after school. At what point did you become interested in jewelry design?

My painting was quite decorative — not like my contemporaries who were stuffing sharks — and I was very interested in old techniques with pigment and gold leaf. I started looking at those almost alchemical uses of color and metal, and I think it came from that. I began thinking about using stones like lapis lazuli in my art, and then about what else I could make with it. And my suppliers kept trying to entice me to move from gold leaf to gold wire. It was a kind of natural progression from two- to three-dimensions rather than the idea of “making jewelry.”

I also dabbled in working with fashion in India, and I love fabric, but in the end I find it a bit traumatizing. I dislike the endless whirl of what’s in and what’s out and stoking the female desire to be thinner. Jewelry has more depth; there is so much emotion that goes into buying it, giving it, wearing it. That was the attraction in the end.

“Nearly all the techniques I use are handwork; the pieces are hand-enamelled, the stone is hand-carved, the gold work is handmade. I understand the relevance of technology to the techniques of jewelry-making, like casting, but I think it can lose a depth and a humanity.” 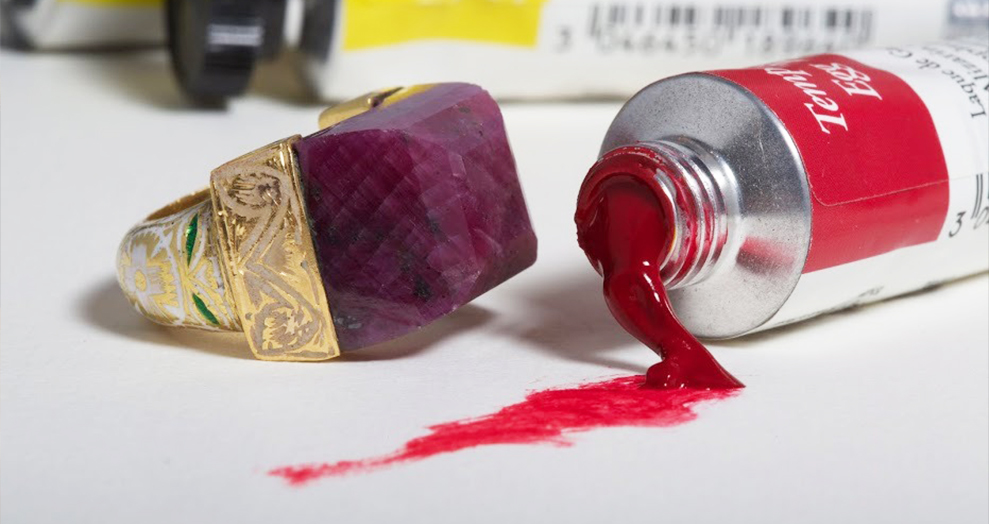 “I’ve got a good eye for color,” says Jagger, whose background in fine art influences her jewelry designs today, including her Neverending Ruby and Enamel Ring.

Did you acquire any formal training in jewelry-making?

No, but there is nothing like the art of learning on the job. And I already had quite a lot of experience in working on embroidery and embellishment in India. You learn a lot in situ; what your parameters are, what your materials are, what your tools can or cannot do. I’ve got a good eye for color, which is very helpful. It’s all about making sure that you have the best quality of whatever is it you want to make. It’s important to get strong stones, so that you can see how the color is dispersed, and it’s very important to me that something is wearable. I’m very attentive not just to how a piece is made, but how comfortable it is. I’ve always been around kids, so my jewelry needs to be robust! Of course, not everything is for everyday, but I like jewels not to be too delicate.

How did the idea for the “Neverending” collection come about?

It started with an emerald ring that I made a few years ago in India. The stone was brought to me in its natural, crystalline form, and I made a ring using traditional Indian enamelwork techniques. It was quite a modern design, but a timeless shape. I wanted to do more of this kind of work, but it was quite hard to find the right stones, so I would just make something when I found them. Gradually I realized I was building up something distinctive.

When I first spoke to 1stdibs, we agreed that we wanted to find a collection that would suit the site’s aesthetic, which is quite artistic. I realized I already had this personal store of pieces, and it seemed like a great opportunity to develop it. The collection is very architectural and all about the stones. I used rubies, sapphires and chrysoprase, which I love because it is so summery. I wanted to do something with rough stones, so you can really see the true nature of the unpolished jewel. I think often when you polish stones, it becomes all about that technique. For example with the sapphire bracelet, you see the patina and the colors that are in there, and the way the hexagon shapes are natural to their crystalline structure. I love the untreated feeling and the way it gives a sense of nature.

Was the evolution of the collection dependent on which stones you could find?

Yes. It’s difficult to source something like a big chunk of sapphire, so we had to be patient. But the patience that went into waiting for the right stone for each piece means, I hope, that there is a timeless feeling to the designs, hence the name of the collection. I’d like to think these pieces will be handed down in people’s families.

Everything was made in Jaipur, where I have worked with the same manufacturing companies for many years. I’ve always loved their sense of craftsmanship. They have a historic attachment to handcrafts and handwork that is a dying trade. Nearly all the techniques I use are handwork; the pieces are hand-enamelled, the stone is hand-carved, the gold work is handmade. I understand the relevance of technology to the techniques of jewelry-making, like casting, but I think it can lose a depth and a humanity. 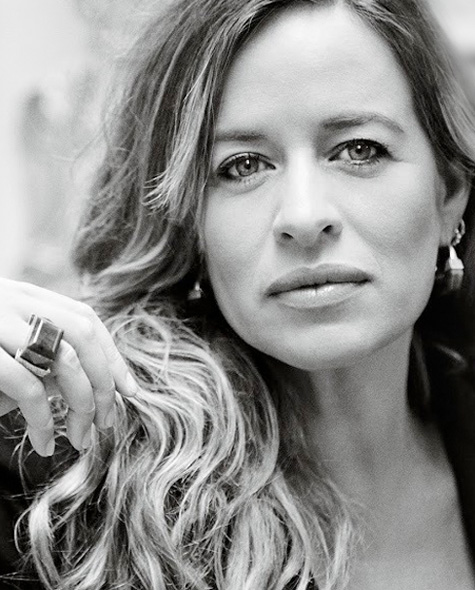 Decades’ worth of aesthetic influences — starting with the time she spent in India as a child with her father, Mick Jagger — have contributed to the look and feel of Jagger’s new jewelry collection.

India has obviously been very important to you, both creatively and personally.

Yes, I first went there when I was nine, with my father. We were in the north, near Kashmir and Ladakh, and we stayed on a beautiful lake in a houseboat. There was, and still is, something incredibly magical to me about the culture, the way they have held onto their heritage, how they live their lives without the rush to modernity. Or perhaps they have somehow reconciled their ancient culture and modernity. I remember even then being aware of how lush the environment and colors were, the way the clothes were made, how jewelry and hand-painting was everywhere.

I think I must have been quite artistically driven as a child. But it was when I went back in my teens that it really gripped me. I kept going back, and then I found myself working there. I still have a seasonal shop in Goa, which is open around the holidays. It’s on the beach, and people come in barefoot and carefree. The shopping environment for jewelry is often austere, but this is relaxed. And I’ve noticed a cultural shift; when I first started, women were reticent about buying themselves jewelry. Now they will buy for themselves and for men, too. We’ve come a long way, baby.

Shop The Neverending Collection on 1stdibs