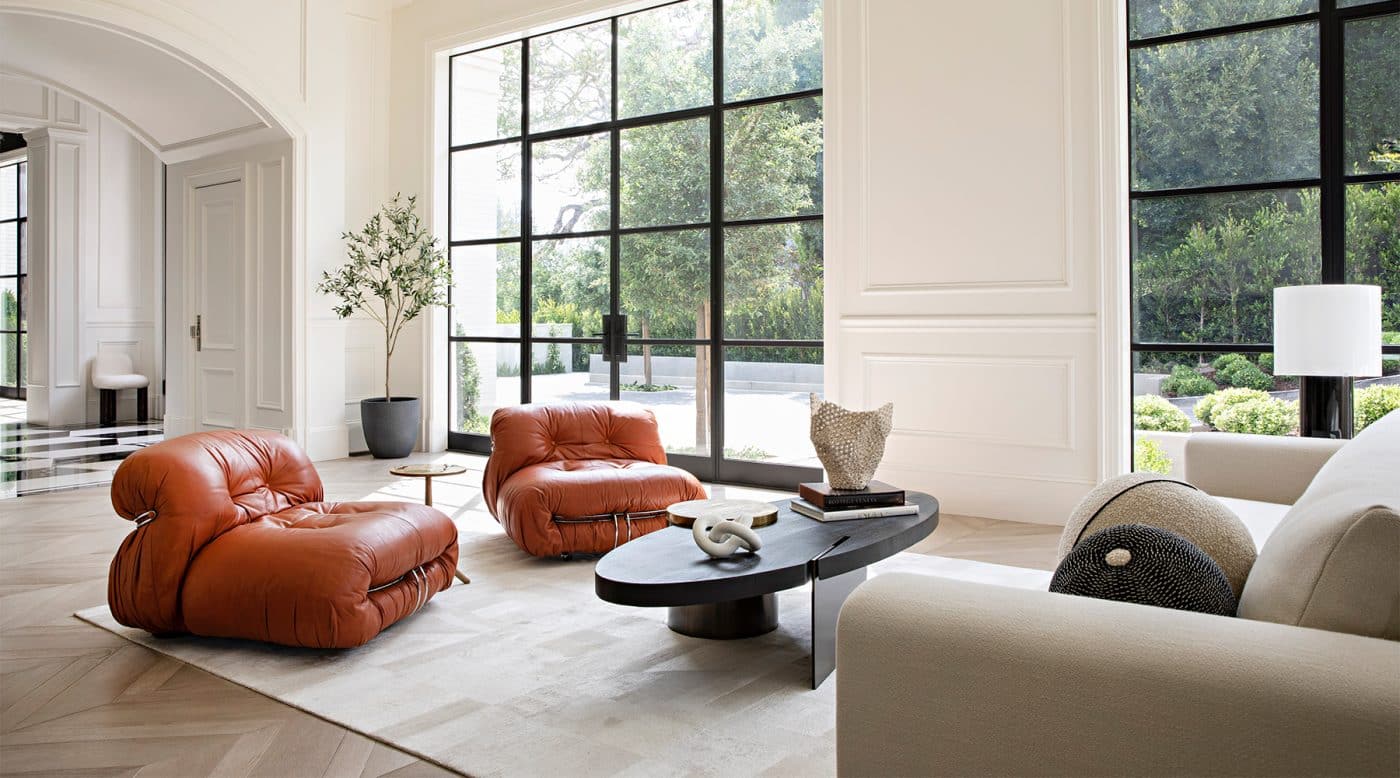 This in-demand L.A.-based designer creates interiors that imbue warmth into a modernist palette.

October 24, 2021It’s not often a developer gives a designer carte blanche to transform $40 million worth of raw, unsold space. But for Kara Smith, principal of KES Studio, getting the penthouse commission for a new luxury building in Hollywood was pretty on track. The designer’s star has risen along with the profile of her projects.

“It was a giant twenty thousand square feet of nothing, not even drywall,” Smith says. “The developer asked us to create three luxury units, each with a completely different point of view, with the idea that buyers would purchase them turnkey.” Looking at the stylish abodes the 18-person KES team designed — all incorporating Smith’s classic sophisticated palette but with unique interpretations — it’s not surprising that all three sold. Indeed, the only surprising thing is Smith’s route to this success.

She began her career not in interior design — although her mother was an L.A.-based decorator, so she had early exposure to that world — but in event planning and fashion. “I started an events company when I was seventeen that was very successful and exciting,” she says. “I put in a lot of hard, hard work. But I got to do big fundraisers for the Santa Barbara Bowl and family parties for celebrities, so it was a really fun time.”

As much as she liked planning soirees, her real passion at that time was fashion. So, Smith and her best friend, Nina Firestone, launched a women’s contemporary fashion line, Karanina, when they were both 22 years old. In 2004, they produced the “it” dress of that summer. “We sent our convertible halter dress down the runway tied three different ways, and it just took off,” Smith says, noting that after InStyle gave the garment a full page of coverage, everything went crazy. “We designed a polka-dot version for Paris Hilton’s twenty-first birthday party. Carmen Electra wore one. It was a fun, wild ride.”

While running her successful fashion company, Smith was also working as an interior designer. Soon, however, the pace got so hectic she knew she had to focus on just one career. “We sold the fashion business,” she says. “And I’m glad we did, because I just love interiors so much!”

Her early ventures, as different as they may seem, laid the groundwork for Smith’s success in interior design. She knew how to run a business, and she applied what she knew about space planning (from her events background) and about texture and pattern (from her fashion venture) to her interiors career. “I stopped school early and learned a lot on the job,” she says. “I love the whole process of studying a client’s space and lifestyle and creating a story for them.”

For a young couple in Bel Air who both love classical architecture, Smith customized an under-construction spec house. “We updated all the moldings, floorings, finishes, reconfigured some rooms and then handled all the furnishings,” she says. “I made it luxurious and glamorous but brought it down a little with modern art and some clean pieces.”

Two of those clean modern pieces are pristine Afra & Tobia Scarpa Soriana chairs that Smith bought from 1stDibs two years before the house was ready. “We had them in our office because I was scared to have them in storage for so long, but every client who came in tried to buy them,” Smith says with a laugh. “We created the room around them. They are the showpiece.” Everything else in the room, including the rug, which Smith designed as part of her collection for Mark Phillips, is neutral so that the chairs take the spotlight.

Throughout the house, Smith honored the clients’ classical penchant but inserted lively twists, like installing a bright-blue mirror and matching decorative apple by Andrew Martin in a largely black-and-white powder room and papering the dining room with fantastical botanicals. “I was worried this house would skew too classical, so we added moments of surprise,” she explains. “I wanted it to reflect my young and vibrant clients and not feel too settled.”

For the Hollywood penthouses, in place of real clients, the developer gave Smith bios of fantasy buyers and let her create their stories to shape the design. One was described as a traveler who loves Europe but has a modern sensibility. “We decided to do authentic Parisian architecture. We did a lot of moldings, vintage herringbone floors, and then I painted it all white to bring in the modern,” Smith says. “We added in vintage pieces to give the idea of someone who has traveled and collected and brought their finds into this European modern envelope.”

In the second penthouse, the developer envisioned a space where “Brad Pitt and George Clooney hang out.” That called for a clean masculine look. “We used a lot of woods and mixed metals to give it a more industrial feeling and a moodier vibe,” Smith says.

For the furnishings, Smith used a mix of vintage and new, including standouts like two late-1970s Gerard van den Berg rock chairs from 1stDibs. “With my younger clients, the men are very involved, and they love to shop vintage,” she says. “One of my celebrity clients walked in and showed me his 1stDibs cart on his phone and was like, ‘What should I get?’ I said, ‘That one, that one and that one — nice job!’ ”

While Smith’s celebrity client list is long and growing, her success with spec projects — where her personal style shines brightest — has opened up new vistas. She recently started revamping four luxury houses for developers who couldn’t sell them. “People don’t want a cold, modern look,” she says. “They want warmth. And that doesn’t mean goopy or traditional. It means livable.” 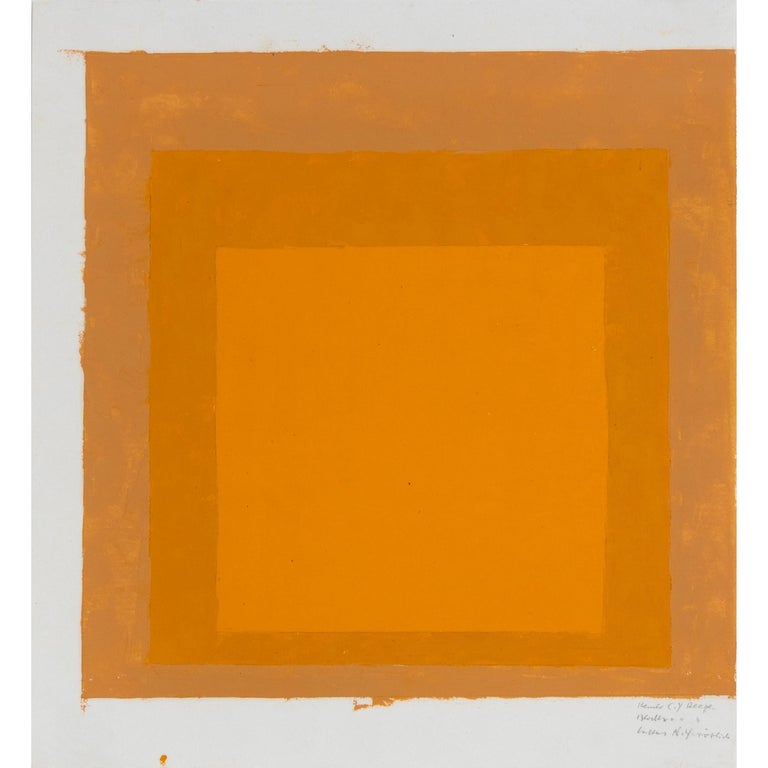 Shop Now
Study on Homage to the Square, 1960s, by Josef Albers, offered by EHRL Fine Art and Antiques

“Art hunting on 1stDibs is a compelling and fruitful journey. Quality art like this Josef Albers painting makes a room that much more special.” 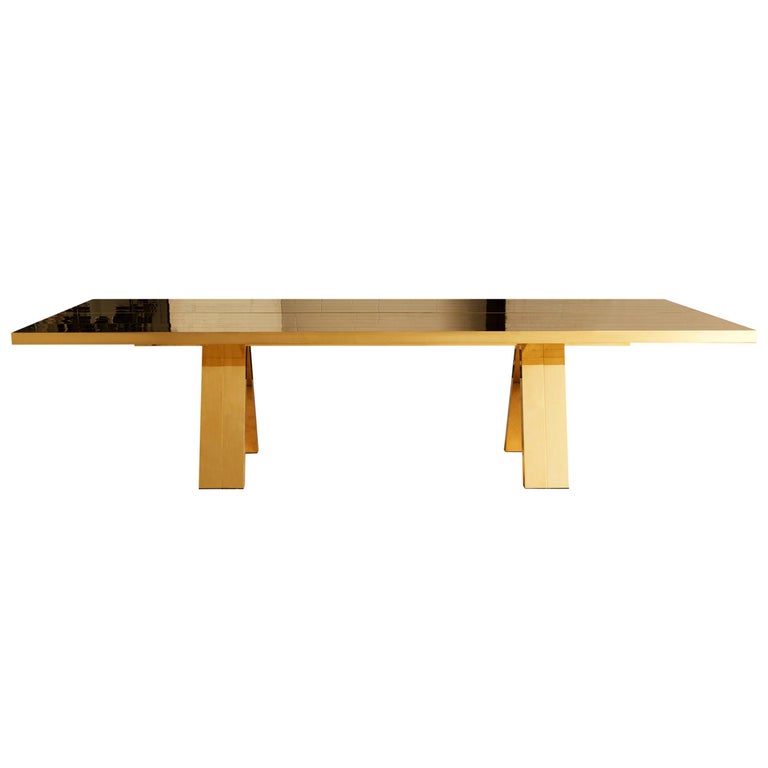 “I am in awe of this table’s perfect mix of modern and glamour. It’s so chic. I cannot wait to use it in an all-white dining room.” 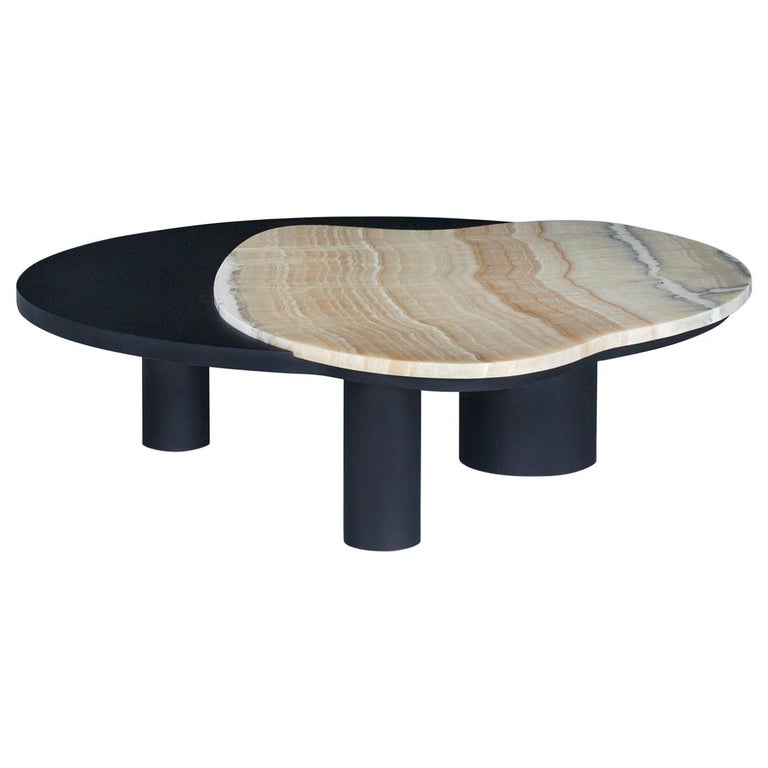 “I’ve been loving furniture from Portugal lately. This table feels fresh and classic.” 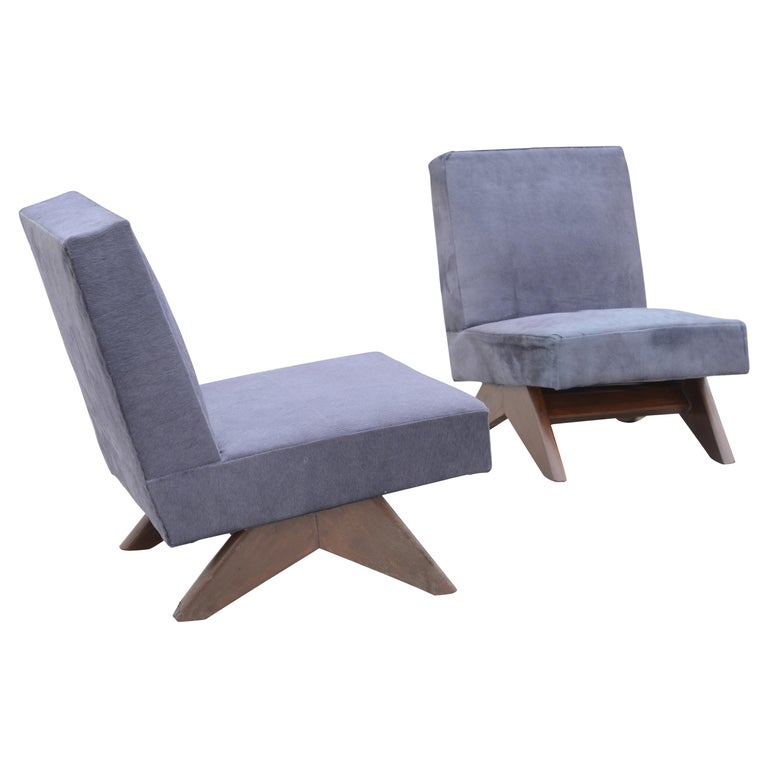 “These Pierre Jeanneret sofa chairs are a timeless classic, but they still feel fresh and inviting.” 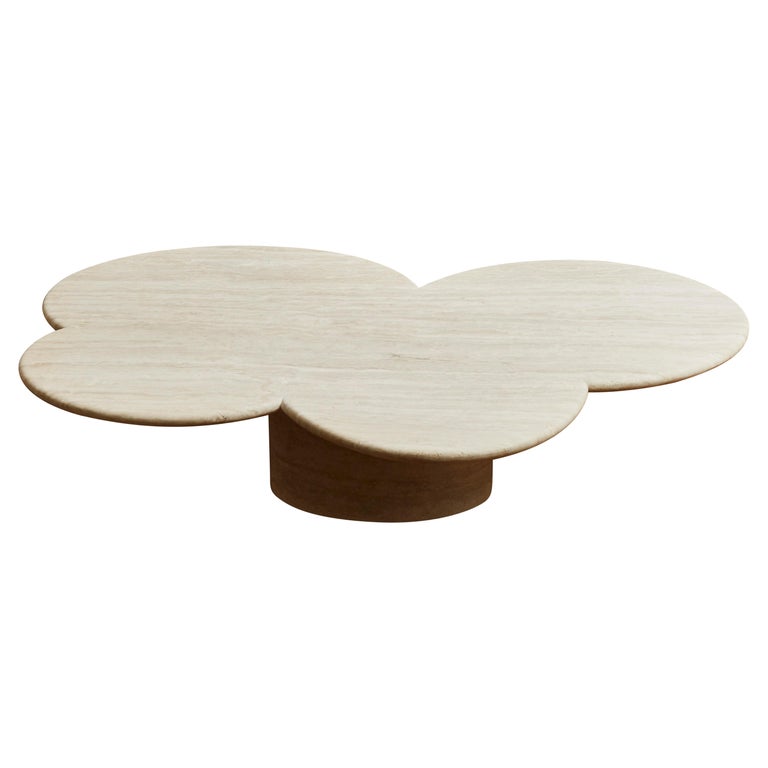 “This coffee table has a sense of whimsy that really works in lightening up a traditional layout.” 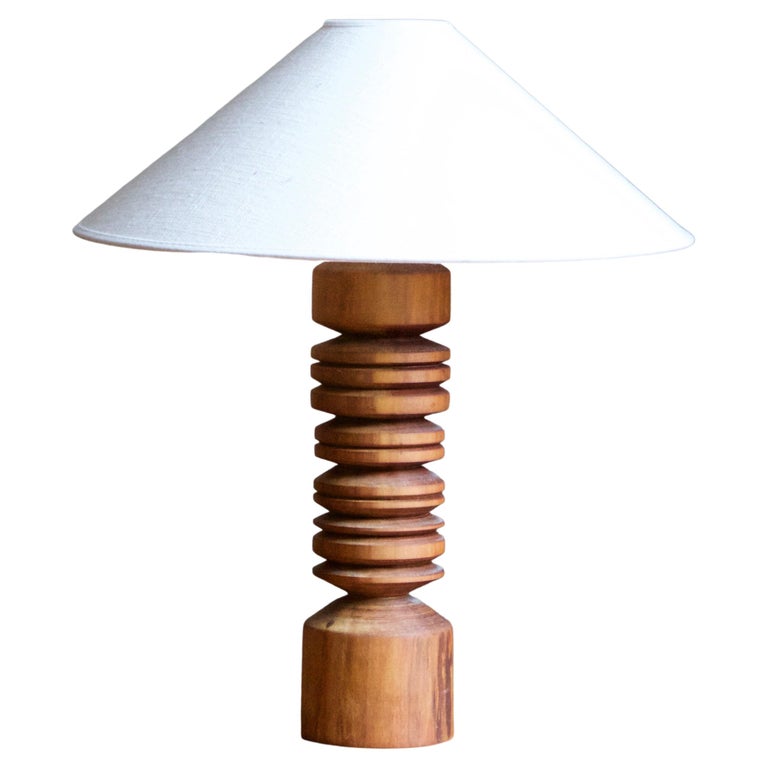 “A gorgeous Swedish table lamp from the nineteen seventies is eye candy in any space.” 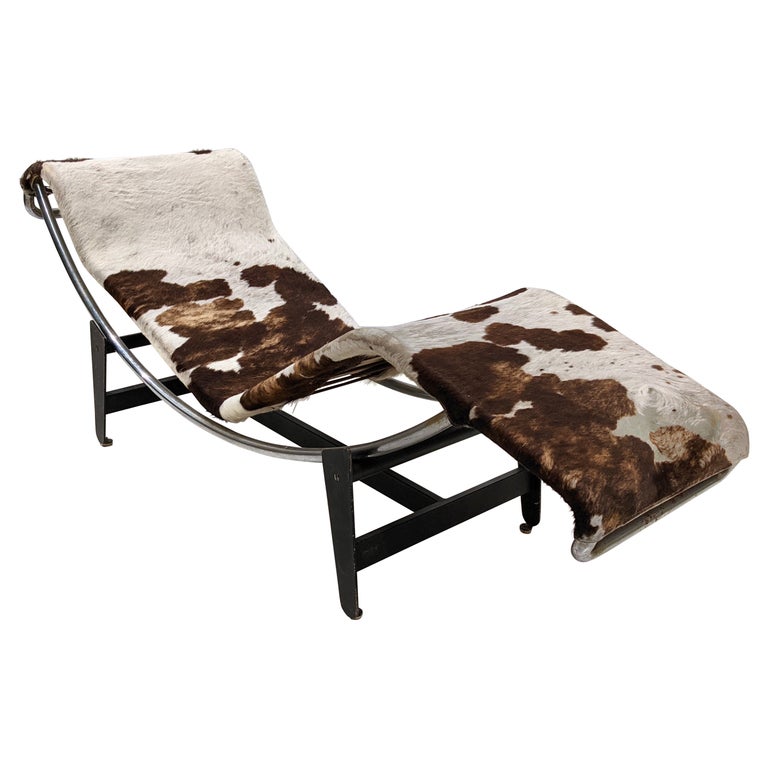 “I love anything Perriand, but this collaboration with Le Corbusier is beyond beautiful.”