The Eye of the Editor 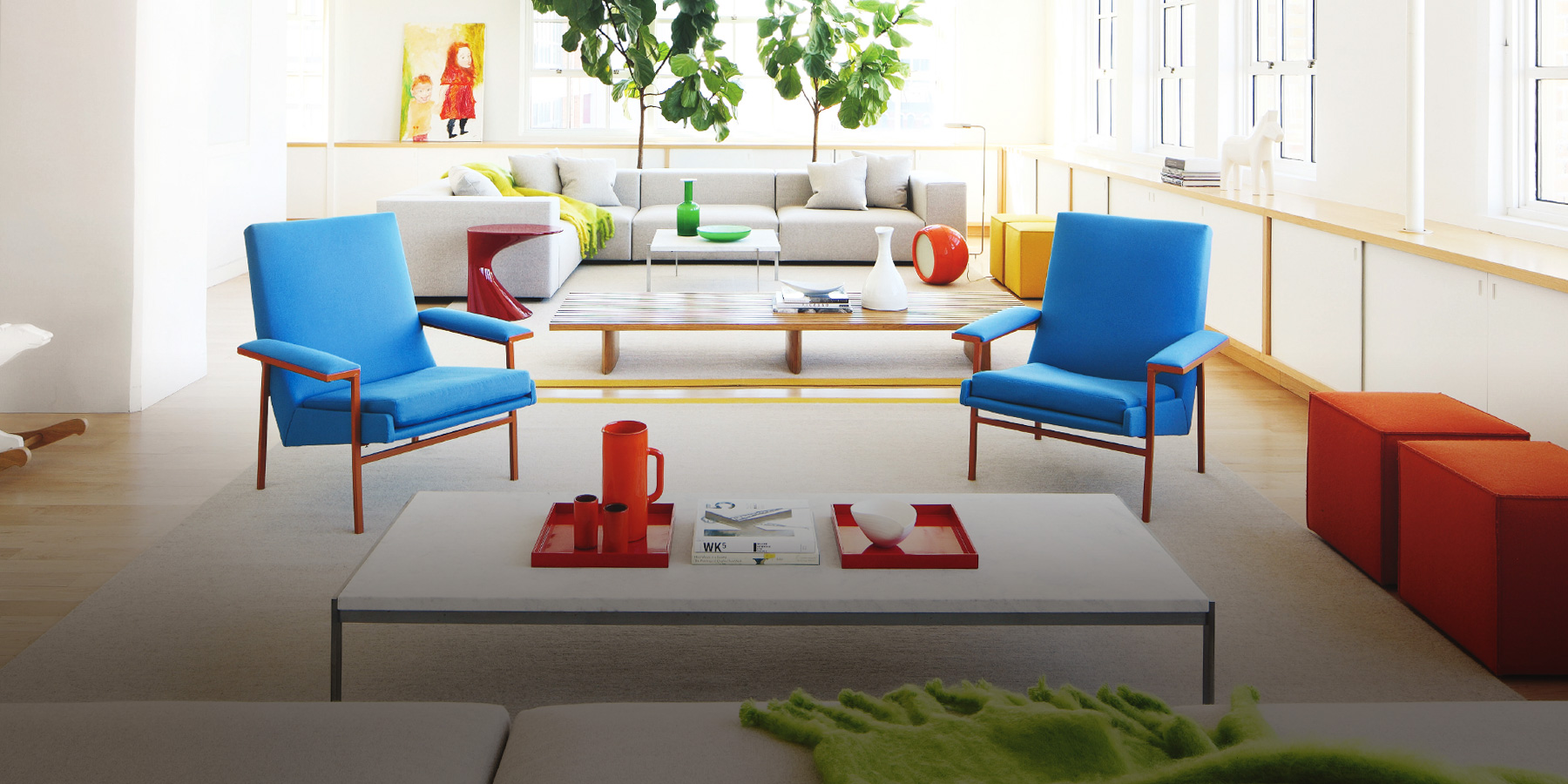 Elle Decor’s editor in chief, Michael Boodro, talks to 1stdibs about the substance and, of course, style behind great design, as revealed in his new book, Elle Decor: The Height of Style. 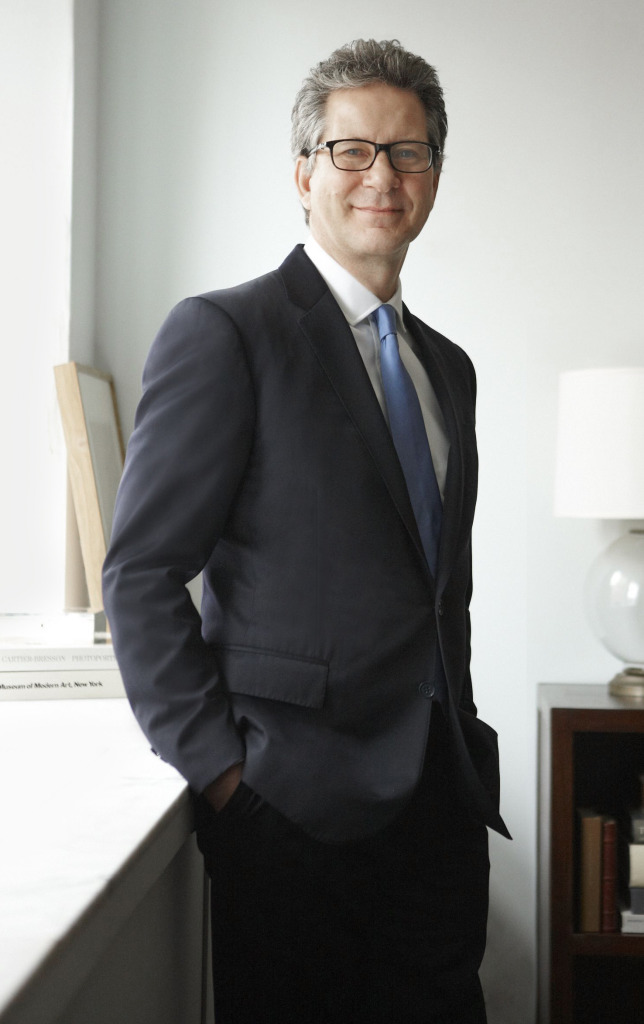 October 2014The author and editor in chief. Photo by Frédéric Lagrange

Shortly after Michael Boodro took the helm of Elle Decor in August 2010, he told Introspective that one of his primary goals as editor in chief would be to “keep things fresh and lively.” As any regular reader of that design magazine can tell you, he’s happily succeeding. For anyone requiring further evidence, there’s Boodro’s new book, Elle Decor: The Height of Style (Abrams; $45), which showcases more than 200 of the best rooms featured in the magazine over the past five years.

The work of such noted interior designers as Steven Volpe, Bunny Williams, Lee Mindel, Steven Gambrel, Miles Redd, Sheila Bridges and other Elle Decor stalwarts is all on glorious display alongside rooms crafted by such non-professional interior decorators as Ralph and Ricky Lauren, writer Julia Reed and the magazine’s own contributing design editor Cynthia Frank. It’s a frothy mix, but it seems to effortlessly cohere — just as the most exuberant designs the magazine publishes feel like they’ve been crafted with a sure and steady hand. That’s because successful design, Boodro writes, “demands discipline, editing and a clear and consistent point of view. A home is no more a conglomeration of disparate rooms than a novel is a compendium of random words.”

Here, Boodro shares some typically well-chosen words with Introspective’s editor, Anthony Barzilay Freund, about the book and his personal encounters with the height of style, as well as his role as this year’s design chair of the Society of Memorial Sloan Kettering’s 26th annual preview party for the International Fine Art & Antiques Show, an important fundraiser held on October 16 at New York’s Park Avenue Armory. 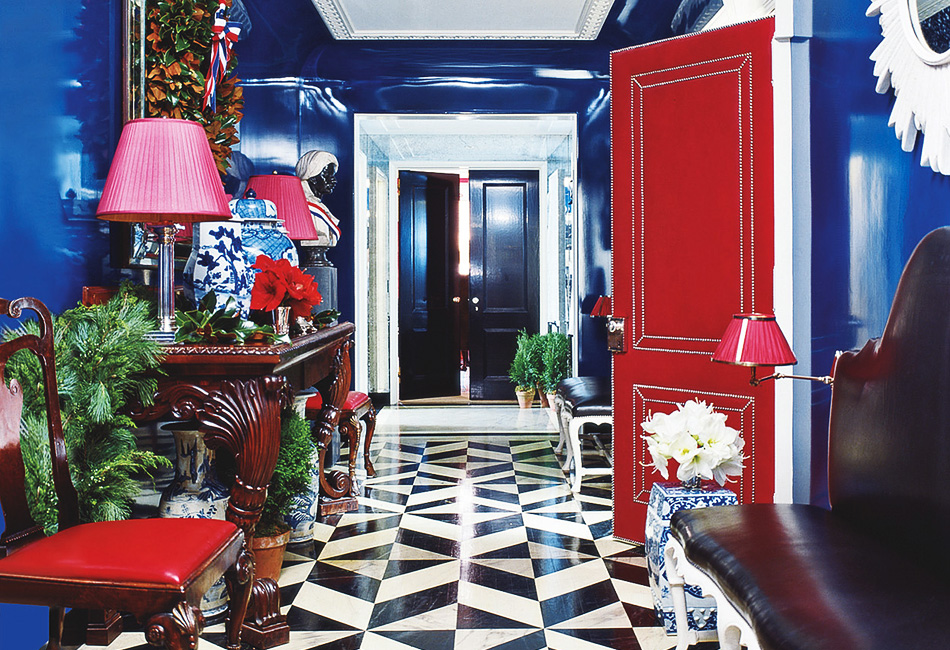 In the Manhattan apartment of Valerie Colas-Thibouville, one of the homes featured in Michael Boodro’s new book, decorator Miles Redd painted a faux-marble pattern on the floors. Photo by Miguel Flores-Vianna 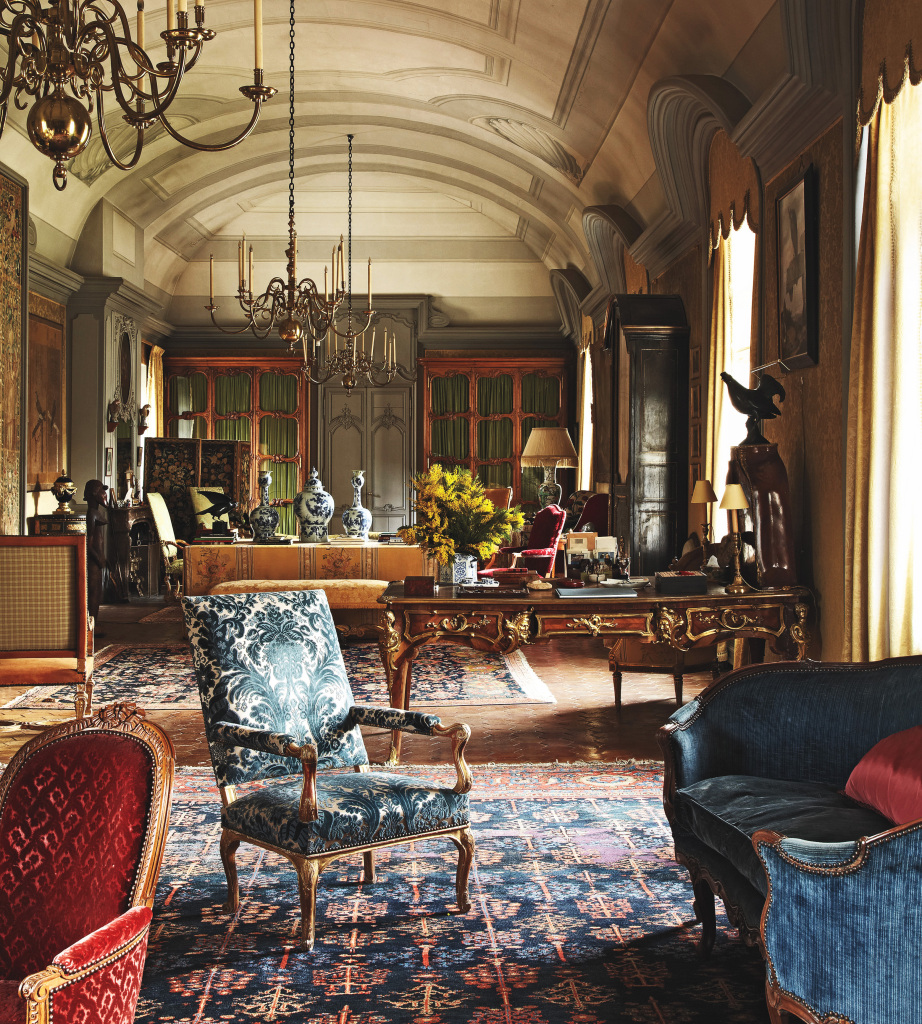 The inclusion of the 16th-century Chateau de Fleury, a French castle furnished with Louis XV and XVI antiques, demonstrates the diversity of projects included in the book — and the magazine. Photo by Miguel Flores-Vianna

1. What were you hoping to accomplish by publishing an Elle Decor book?

One of the great things about doing a book is it allows you to look back and see what rooms remain strong, visually compelling and full of ideas. Although there were many good projects Elle Decor published in the past five years that we had to leave out, not all of them were equally strong. So that’s a good lesson. But the main reason to do a book — besides celebrating the brand, and perhaps attracting new readers — is to inspire people, and maybe help them to think about their homes in a new way. Which is why we took a slightly different tack, not just compiling, say, 50 great living rooms and 25 pretty bathrooms (not that there’s anything wrong with that).

2. In the editing process, what did you learn about the current state of interior design, and also about Elle Decor’s particular biases?

Despite the recession, there has been no slowdown in design. If anything, rooms are becoming more elaborately detailed and richly layered. And now, homeowners and designers are lavishing as much attention — and money and luxury details — on kitchens and baths as they once did on living rooms and bedrooms. At Elle Decor, we are known for our eclectic approach: We love detailed and personal rooms, walls hung salon-style with art and a mix of antiques and contemporary pieces. It’s not that we don’t love modern, clean-lined rooms, but I don’t think it necessarily helps readers to show yet another room with a pair of Barcelona chairs and a Noguchi cocktail table. We like modern homes that are more personal and idiosyncratic. 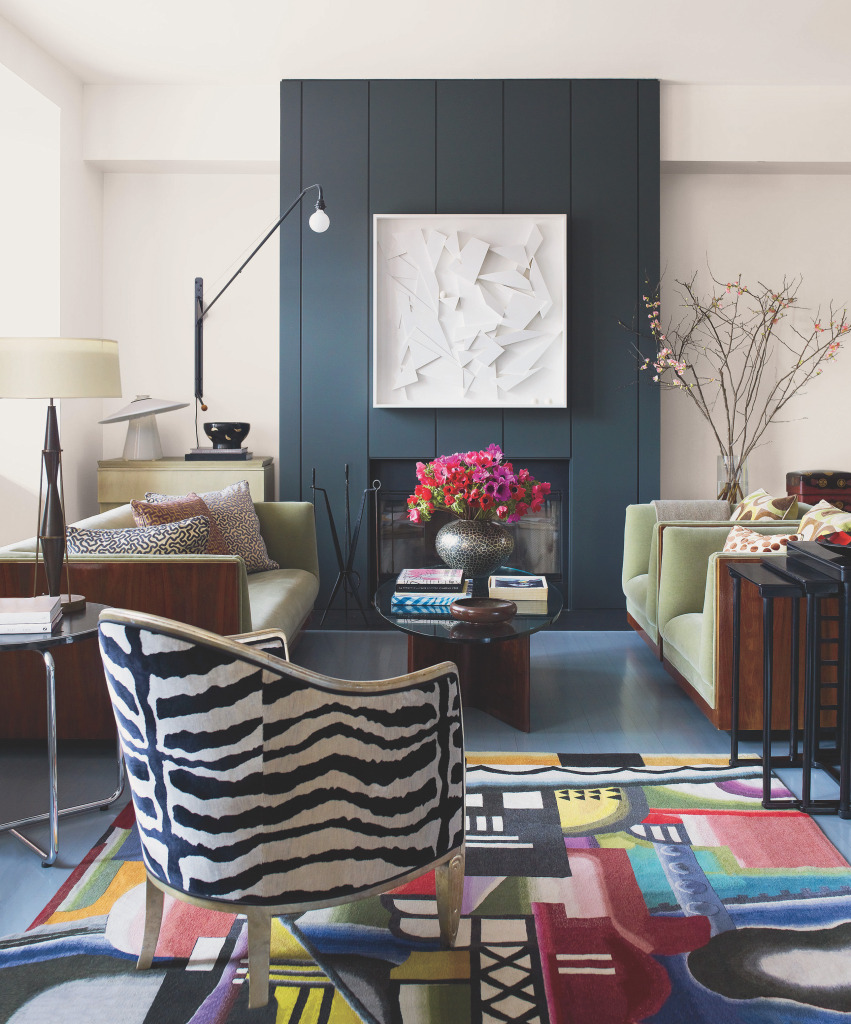 3. You explain in the book’s introduction that you’ve grouped the interiors into four sections — Classical, Fanciful, Practical and Personal. Is there one project in particular that could fit into several, if not all, of these categories?

The categories are nothing if not fluid, and there are many rooms that could fit into several. Sometimes we scratched our heads trying to decide which was the best fit. A perfect example is artist Kazumi Yoshida’s living room in Tribeca. We placed it in the Personal section, since it is full of vivid color, mixed patterns and his own artworks, including a dazzling rug he designed that looks like a cross between the work of Léger and that of a street artist. Certainly it is also a bit fanciful. But, if you look closely, you see that the furniture layout is totally classical, with a sofa and two chairs flanking a cocktail table in front of a fireplace. But we hope the categories will spark thought and debate, and prompt the reader to consider new ways to think about his or her own preferences and style.

In his own San Francisco loft, interior designer Steven Volpe placed vintage armchairs around a dining table he designed with Roth Martin, with whom he co-founded the city’s Hedge gallery. Photo by William Abranowicz

4. Beyond those featured in the book, what spaces have you personally encountered that you would describe as defining the height of style?

At the Hunterian Art Gallery at the University of Glasgow is a meticulous reassembly of the house that Charles Rennie Mackintosh and his wife, Margaret Macdonald, lived in for eight years. (The original structure was torn down, but the contents were all preserved.) It is one of the most poetic and magical interiors I have ever had the pleasure of experiencing. It makes you realize the possibilities of perfect proportions, thoughtful detailing and true artistry. The most memorable private apartment I have ever been in was William Paley’s, on Fifth Avenue, which my friend Senga Mortimer took me to many years ago. As you stepped off the elevator you were faced with Picasso’s great painting Boy Leading a Horse, now at MoMA. It would be hard to top that.

5. In addition to promoting The Height of Style and getting out the latest issue of Elle Decor, you’ve once again taken on the role of design chair of the Society of Memorial Sloan Kettering’s annual preview party at the International Fine Art & Antiques Show, one of the cancer treatment and research organization’s top fundraising events. What do you most enjoy about that role?

I think dealers are the unsung heroes of design — they see things before anyone else, discover new talents and make us look at the past in a fresh way. (They also always seem to know what is about to become popular, and to corner the market.) So it has been a pleasure meeting with them and learning what they are choosing to feature, and how they are going to showcase their pieces. The welcoming party for the committee, held at a fantastic town house in Chelsea, was a great evening, thanks to Leelee Brown, associate director at Sloan Kettering, and her amazing group of Sloan Kettering supporters. Tied to my involvement with the fair and the opening night fundraiser, I even got to be a 1stdibs Saturday Shopper, for which I focused on dealers exhibiting at the fair. And what is more fun than fantasy shopping the finest? 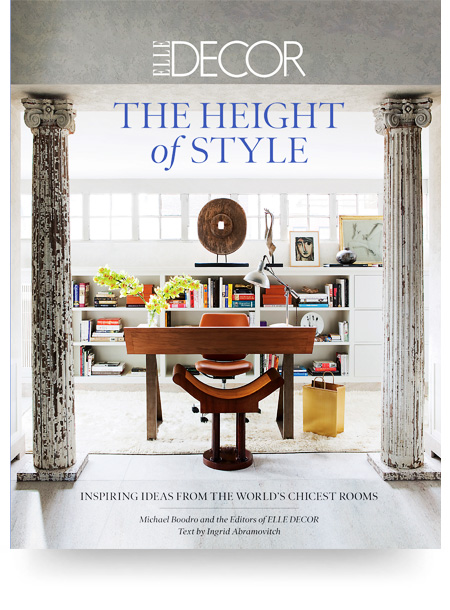