Pentti Sammallahti refuses to raise the relatively modest prices of his works and doesn't do editions. As a result, he remains largely unknown among the wider public. 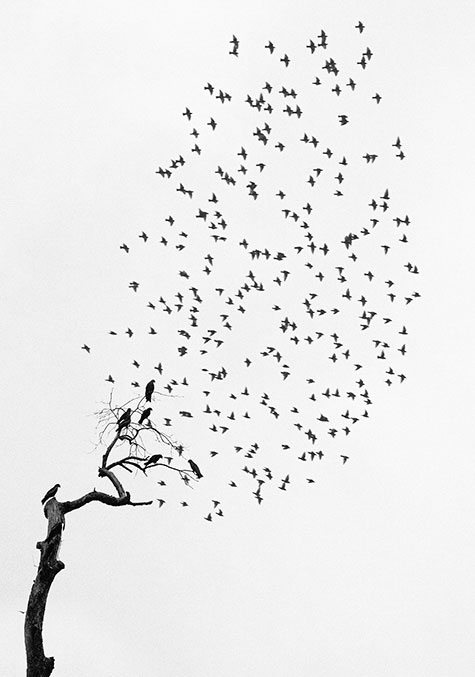 A lean dog, a briefcase hanging from its mouth, lopes along a snowy road. Lovers hug. A lone horse stands nose-close to a windmill’s stone wall, a black bird perched on its highest sail. Each appears in a photograph by Pentti Sammallahti, yet none is its subject. “Everything inside the frame is equally important,” says the 68-year-old Finn. Whether they appear as subtle silver gelatin prints, in the beautifully produced small books and portfolios of his Opus imprint or in volumes brought out by esteemed photography publishers, his images are magical, sometimes wry, often moving, yet always also down-to-earth.

Sammallahti is one of the best photographers working today. In 2003, Henri Cartier-Bresson chose his picture of a dog on a rustic Russian snowmobile for the show of works by his 100 favorite photographers — living and dead — that inaugurated the great French lensman’s Paris foundation. At the time, Sammallahti was already well known in France, thanks to an exhibition of his images at the Finnish Institute in Paris 15 years earlier that he calls “decisive” and that served as his international breakthrough. The press raved, photographers flocked and international dealers lined up. Nevertheless, Sammallahti remains relatively unfamiliar to the general public. A longtime writer about the visual arts, I wasn’t aware of him until three years ago, when I was strolling through the stands at Photo London and that image of horse and windmill forced me to stop. It took me into a soundless, haunting, seemingly eternal place — exciting, beautiful but also melancholy. I wanted it. It had already sold. Happily, Sammallahti does not limit editions. Another was found. Today, when I look up from the computer screen, there it hangs over my desk — a silver gelatin print that, somehow, is a talisman, too. 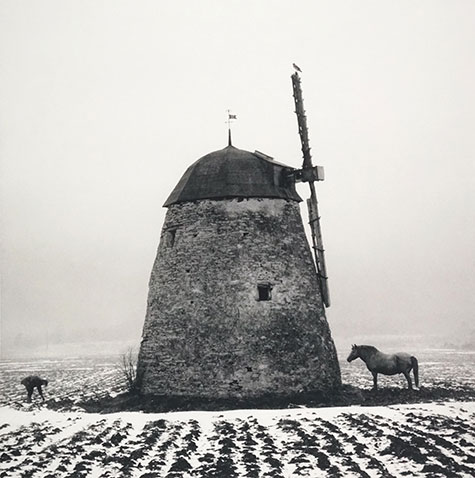 His modest prices ($800 to a rare $5,000) make his work accessible. They are also a reason he is not better known. Dollars are now the yardstick of an artist’s stature, a world record at auction “proof” of genius. An artist whose prices are low — well, clearly, he can’t be much good. No wonder that Peter Fetterman, Sammallahti’s Santa Monica dealer, prods him to raise what he charges. “Pentti refuses,” Fetterman says. Why? People do find their way to his work and often return to acquire more. But too many, among them major photography collectors, don’t even know his name. Yet he will not play by the rules of the market. Does he lack ambition? Is he allergic to fame and fortune? I wanted to know. And I wanted to meet this man whose work has come to mean so much to me. I asked for an interview. In time, at Fetterman’s urging, Sammallahti agreed.

In late May, I flew to Finland, where Sammallahti was born and raised. He has been traveling the world since his 20s, but Helsinki remains his home base. In the midst of an unusual heat wave, I headed to the house — set far back from the road, on the outskirts of the city — where he and his wife, Pirkka, a psychologist, raised four now-grown children. I was greeted at the gate in the picket fence by Sammallahti, a large man with gray hair and beard. I had been warned that he is shy, but Sammallahti welcomed me with a wide, warm smile. As we walked through a garden filled with blossoming apple trees, we agreed to talk outside and settled ourselves in generous wicker chairs pulled up to a round wood table, on which I set down my phone to record our conversation. He suddenly looked uncomfortable, then asked me to later delete everything.

“You know,” I said, “the only other person who ever asked me that was Cartier-Bresson.”

He looked surprised and laughed. “Then I am in very, very good company,” he said.

Sammallahti was eight when he was given a camera. A year later, his father, a goldsmith, took him to see “The Family of Man,” the seminal 1955 Museum of Modern Art exhibition curated by Edward Steichen that celebrated the commonality of human experience, which in 1959, traveled to Helsinki. There, Sammallahti found his metier. Camera clubs followed. “They are good,” he says. “You learn many technical things. But later on, for aesthetics, it is also good to leave.” In 1970, it was time for university, but there were no departments of photography. At the University of Helsinki, he studied mathematics, musical theory and art history but soon left to work in the darkroom of Matti A. Pitkänen, Finland’s most famous photographer at the time. Sammallahti began showing his own work. “Then, I went to prison,” he said.

A pacifist, Sammallahti had refused to participate in Finland’s compulsory military service. His sentence was an inverted version of day release: For one year, he worked in prison from breakfast through dinner and went home to sleep. A photograph he took during this period shows a cell as primitive as it is bleak. “Conditions have improved a lot since then,” he assured me. 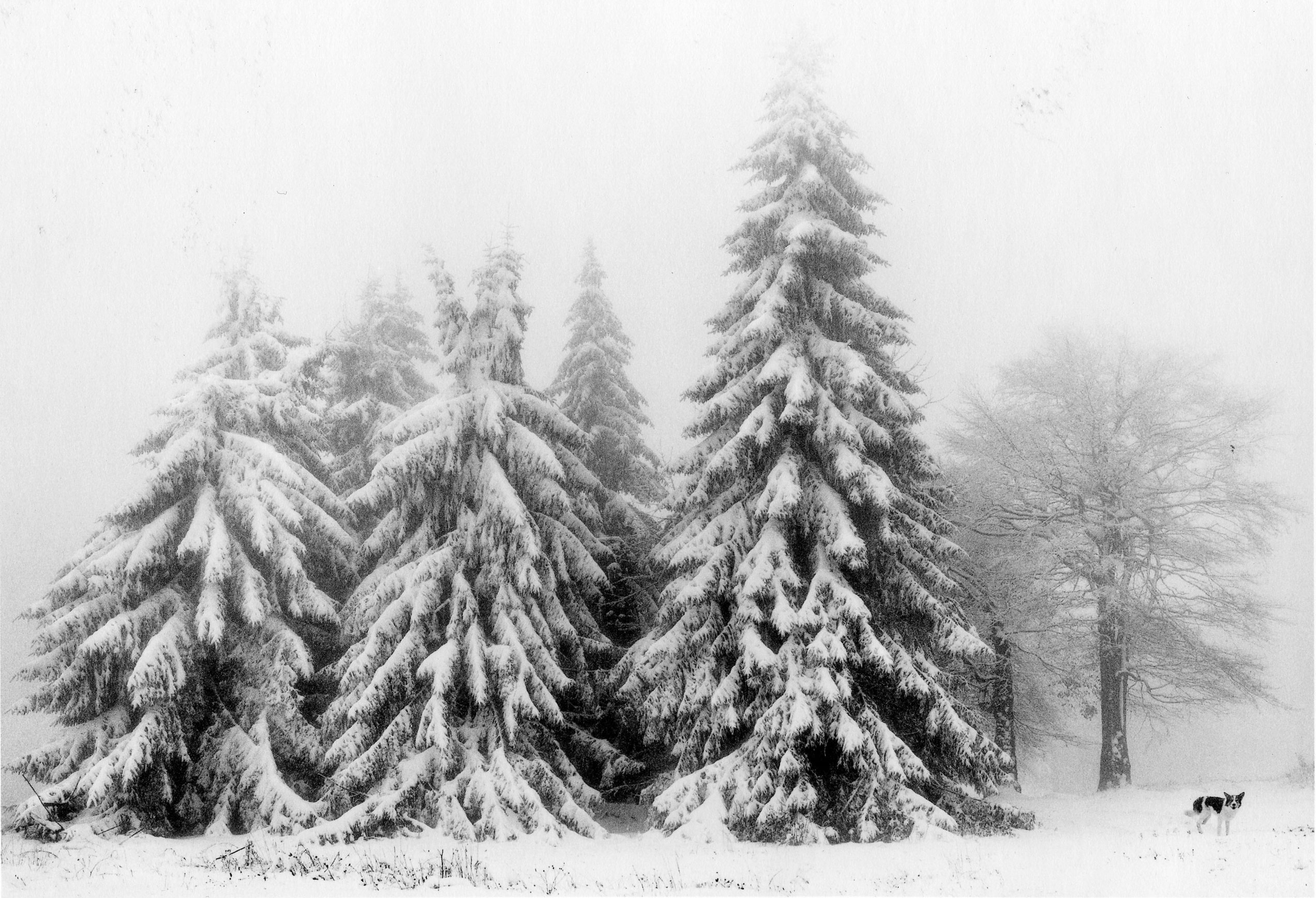 By the time he was released, a few universities were building photography departments, and he began teaching printing. Because there were no Finnish art photography publishers, he became engaged in publishing, too. In 1979, he brought out Cathleen Ni Houlihan, a portfolio of photographs taken in Ireland the previous summer. Adopting the terminology used in cataloguing musical compositions, he called the imprint Opus (Latin for work). Like many that followed, Opus I has text, in this case by noted Irish novelist Edna O’Brien. In the early ’80s, he began teaching book arts to his students at the University of Industrial Arts (now Aalto University, School of Arts). Following his own practice, he taught every aspect: photography, design, reproduction, book binding and various methods of printing. He took photographs, of course, traveling widely, from Russia to Japan and Namibia. And, he says, “I spent many, many years — almost every evening — making tests, not researching but investigating how to print well. Most of my books are tests in a sense.”

In these tests, he has had astonishing success pushing the range of tones that can be achieved in off-set reproductions of his black-and-white negatives. The image of the snow hare in the forest in Archipelago, Opus 41, for example, has an unearthly radiance.

In 1991, Finland awarded Sammallahti a 20-year grant, stipulating that he had to use it to concentrate on photography. That was the first — and, so far, the last — grant of such duration ever awarded. So he stopped teaching, lecturing and, with rare exceptions, giving interviews.

Sammallahti excused himself briefly. He returned with a box. Inside were prints that would soon go to Éditions Xavier Barral, publisher of a new collection of his work to be launched at Paris Photo in November. He will collaborate on the typeface, layout, paper, inks; Barral will decide on the images that will make up the new book, Des Oiseaux (Birds).

“I like to watch very common species — sparrows, crows, pigeons, ducks, gulls, domestic birds — from home doorsteps to the ends of the earth,” he explained. “They are lovely and easy and sometimes funny to observe.” They often occupy only a small amount of space in a photograph, but, he said, “they are always essential.”

It is apparent that Sammallahti wants to share his work with other people. Why then doesn’t he try to increase their numbers? “Why don’t you ask more for your photographs?” I asked. “You would become better known — and richer.”

“What would be the use if the pictures are not good?” he replied. There’s plenty of evidence that churning out “iconic” works to meet market demand builds an artist’s celebrity and bank balance but can lead to self-parody. So why should one argue with an artist who does not engage with the market in that way, an artist who creates such imaginative and memorable work. Earlier in our conversation, I had been puzzled when Sammallahti corrected me for referring to photography as his profession. “It is my hobby,” he had said. Now, I understood. It was not a translation mix-up, nor was he being coy. In claiming amateur status, he was giving himself the freedom he needs to keep taking risks. 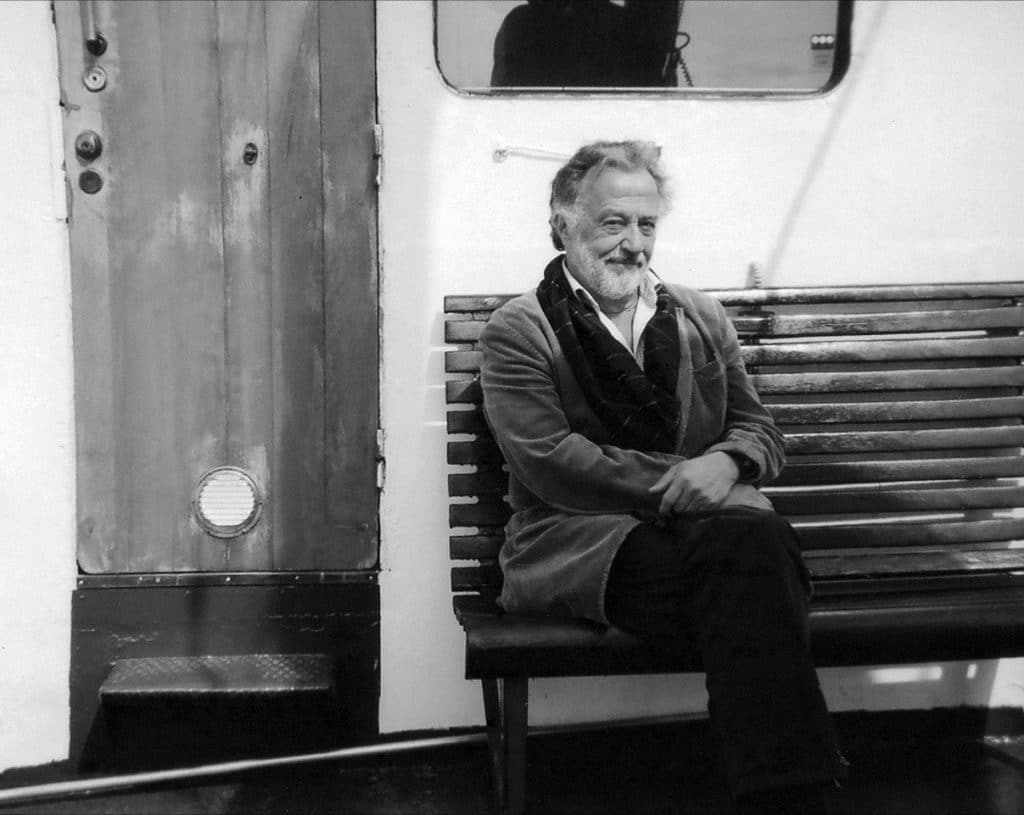 Photography dealer Peter Fetterman shot this portrait of Pentti Sammallahti with a disposable camera during a ferry ride the two took around Helsinki. Sammallahti hates to have his picture taken, Fetterman notes, “like all the really great photographers.” Portrait courtesy of Peter Fetterman Gallery.

For him, Sammallahti says, “ninety or even ninety-nine percent of the time,” the negative is only the beginning. In the darkroom, in his investigations into offset (and ink-jet) printing techniques, he strives to narrow the gap between his initial vision and what appears on a sheet of paper. For a Pentti Sammallahti photograph to exist, he must be there to print it. As only he knows what he saw when he picked up his camera, only he has a hope of succeeding. Unless he is expressly asked to duplicate an existing print, each is one-of-a-kind, and although he does not choose to make limited editions, that is what they all are in reality. It is with wonder and excitement that we look forward to seeing many more of these moving, magical images.