Why Italian Architect and Designer Piero Lissoni’s Name Is Everywhere 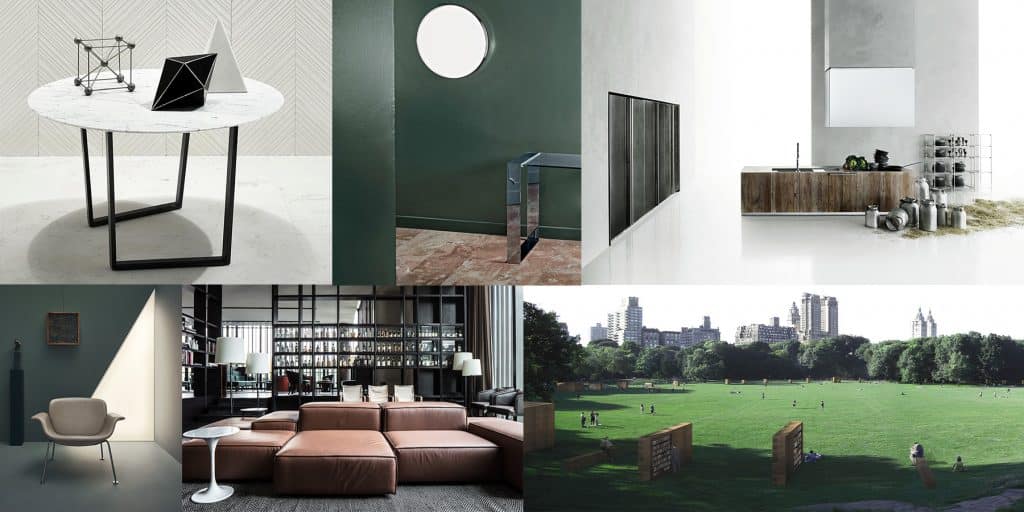 With his three-pronged architecture and design firm, the Italian creative force has proved himself a skillful jack-of-all-trades.

January 19, 2020“I am known worldwide as the person who designs uncomfortable sofas, uncomfortable buildings, uncomfortable kitchens,” says Piero Lissoni. Of course, this is patently spurious, and he knows it. But it’s pure Lissoni — sardonic, playful, humble yet self-assured.

Ranging from light fixtures to logos and kitchens to yachts, Piero Lissoni‘s body of work is as eclectic as the man himself. Portrait by ©Veronica Gaido

That his assertion is false is clearly evident from his furniture designs for Living Divani: You could hardly find anything more sink-into comfortable than the architect-designer’s 2008 Extra Soft sofa (he recently added a bed to the line), which invites lounging with its low-slung modular assembly of lushly upholstered squares and rectangles. It’s equally clear from his sleekly functional Boffi kitchens, his sumptuously layered interiors for the new Middle House hotel, in Shanghai, and the soothing minimalist architecture and interiors of the offices he designed on the shores of Lake Orta for the luxury Italian bath fixtures firm Fantini. All these reflect Lissoni’s personal qualities: welcoming, understated and comfortable. He just can’t help being mischievous. 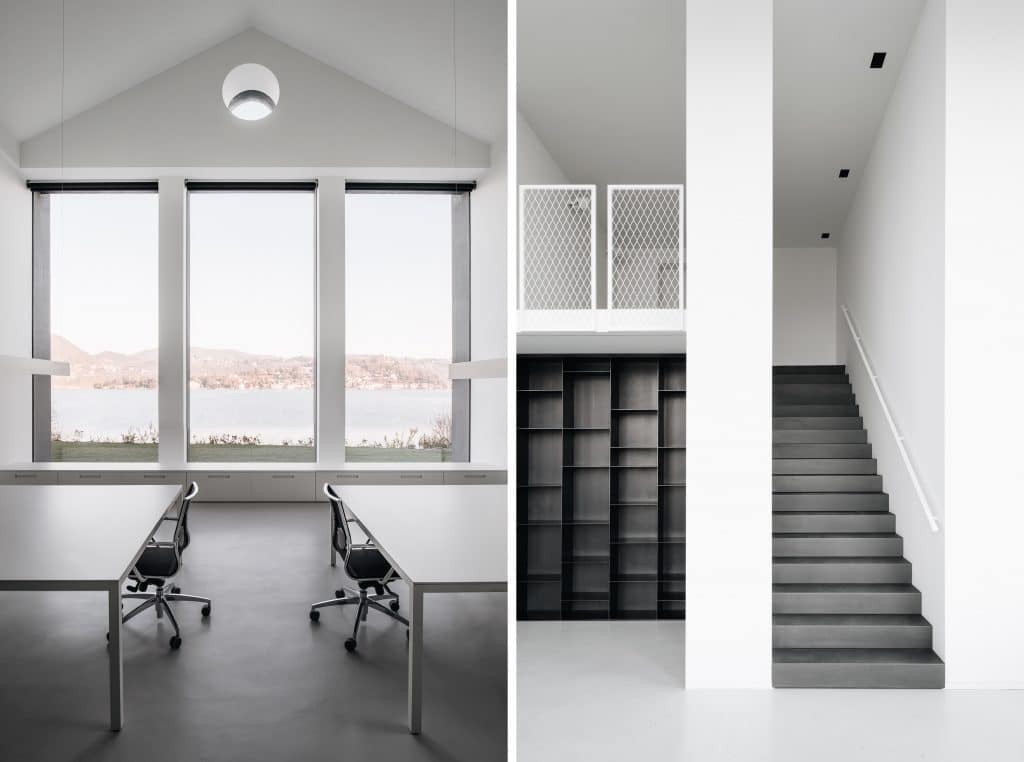 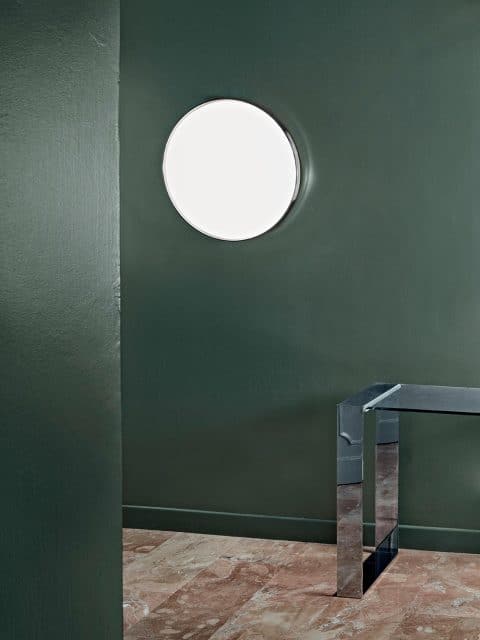 When designing the Clara ceiling/wall light for Flos, Lissoni was inspired by a line from one of his favorite films, the Mel Brooks comedy Young Frankenstein: “Until, from the midst of this darkness, a sudden light broke in upon me — a light so brilliant and wondrous, and yet so simple! Change the poles from plus to minus and from minus to plus.” Photo courtesy of Piero Lissoni

In 1986, when he established the firm with Nicoletta Canesi (who contributes from her base in Miami), “my kitchen table was my studio,” Lissoni recalls. Today, the company has about 75 employees in its Milan headquarters and around 14 at the New York satellite office.

At this year’s Salone del Mobile in Milan, Lissoni debuted a slew of products. Still, he scoffs at the notion that his output is extraordinary. “I only introduce ten or fifteen [pieces] each year,” he says. “When I exaggerate, maybe twenty.” Many of them are for legendary Italian companies for which he functions as art director: Alpi, Boffi, De Padova, Lema, Living Divani, Lualdi and Porro. (Lissoni’s collaborations with these — as well as with such firms as Kartell, Salvatori, and Flos — are abundantly available through various 1stdibs galleries). And that is just product design. He is also art director for the superyacht builder Sanlorenzo, for which he designs trade show stands and interiors, in addition to revamping its shipyards in La Spezia. 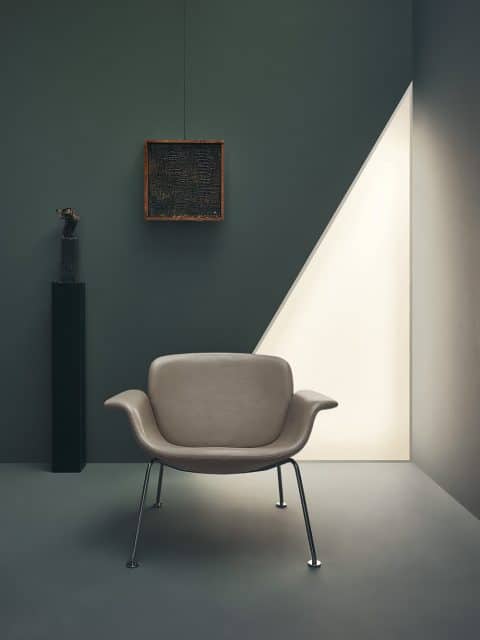 At the 2018 Salone del Mobil, Knoll introduced its KN Collection of seating designed by Lissoni. Photo by @Federico Cedrone

Among Lissoni’s plethora of other endeavors are a hotel in Rovinj, Croatia; the exhibition design of “Giulio Romano: Art & Desire” at the Palazzo Te, in Mantua; and catalogues for brands like Knoll, Fantini, Lema and Porro. He is also creating advertising materials for Alpi and a new logo for Domus Academy Milano, not to mention a concept design for LIBRAIR, an open-air library in Central Park’s Sheep Meadow conceived for an architecture competition from Switch. In addition, he continues to teach drawing and model building at his alma mater, Politecnico di Milano. Incredibly, “I design everything,” he says. “I draw everything. I am in every prototype.”

Lissoni was born in Seregno, about a dozen miles outside Milan. His design awareness was shaped first by the family’s antiques and textile restoration business, then at the Politecnico, where his teachers included such icons as Pier Giacomo Castiglioni and Marco Zanuso.

For a Switch architecture competition, Lissoni conceived a concept design for LIBRAIR, an open-air library in Central Park’s Sheep Meadow, seen here in a rendering. Photo courtesy of Piero Lissoni

He considers the program at this highly respected training ground “humanist,” in the spirit of the Renaissance, because its well-rounded curriculum includes everything from geography and history to drawing, art and the importance of the “magic” Greek number Phi, the golden ratio, which informs his sense of perfect proportion. “Vitruvio said, to be an artist you need to be a painter, sculptor, engineer, worker, mathematician, poet — many figures all together,” explains Lissoni. “It’s not enough to think only in a scientific way or only in an artistic way.” The temptation to call Lissoni a “renaissance man” is overwhelming, although he would most certainly demur. 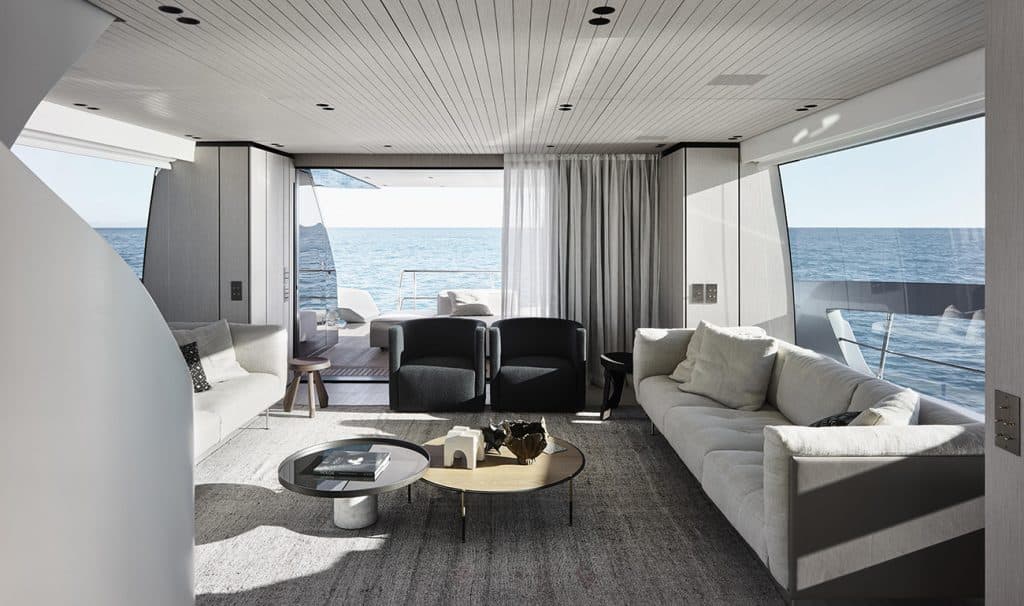 As art director for superyacht builder Sanlorenzo, Lissoni designs trade show stands and interiors for vessels like the SX76 (above), in addition to revamping the company’s shipyards in La Spezia. Photo by Federico Cedrone

Upon completing his studies, in 1985, he took the job of art director at Boffi. “They were without any level of marketing or communications systems,” he recalls. “We started with basic things.” (Lissoni didn’t design his first actual kitchen for the brand until 1989, after establishing his own firm.) His prodigious talents brought him immediate acclaim. “I never tried to convince anyone to hire me,” he says. From the beginning, he has worked only with clients with whom he feels an immediate rapport. “I spend a lot of energy on this passion, and if you don’t choose your clients well, you lose a part of your life.” 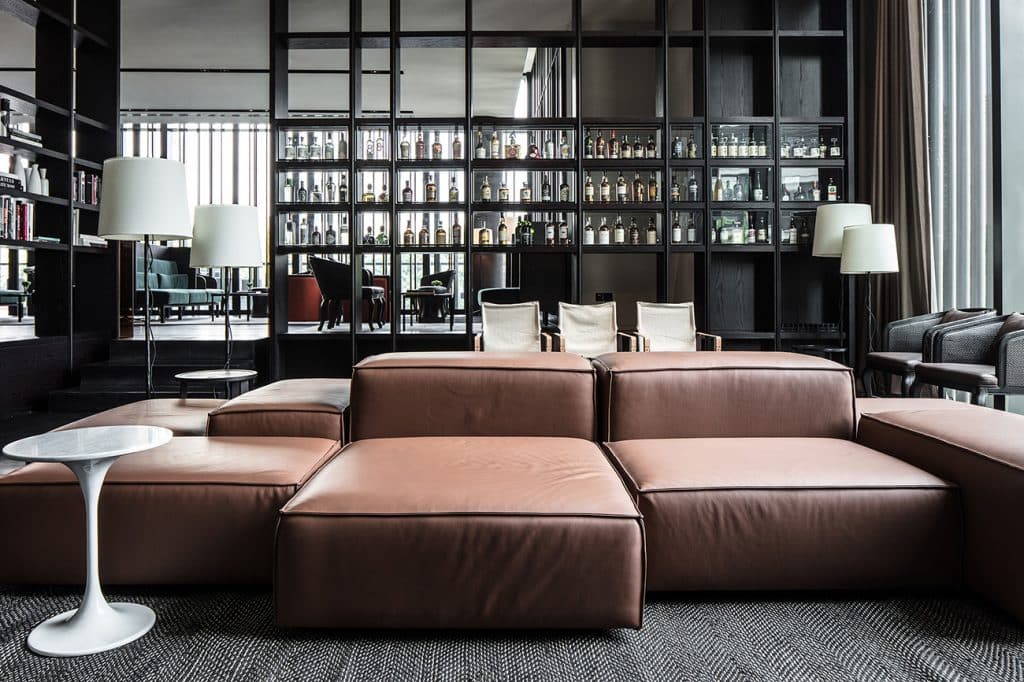 Sui Tang Shang is an intimate cocktail lounge in the Lissoni-designed Middle House hotel, in Shanghai. The lounge features a version of his Extra Soft sofa for Living Divani. Photo courtesy of The Middle House

Over the course of almost 30 years, Lissoni has developed a style — or “code,” as he puts it — that is instantly recognizable by its minimalism, rigor, perfect proportions and mixing of materials in interesting ways. Last year’s APR 60 kitchen for Boffi, for instance, is a scrupulously rational, functional system that brings wood together with glass or steel. The lounge chairs in Knoll’s recently debuted KN Collection are sparingly but comfortably conceived with flawless ergonomic proportions and meticulous detailing. Lissoni’s new Floyd-Hi bed for Living Divani boasts pure lines complemented by soft cushions that are set against the headboard to provide comfort while creating a visual play of contrasting heights. 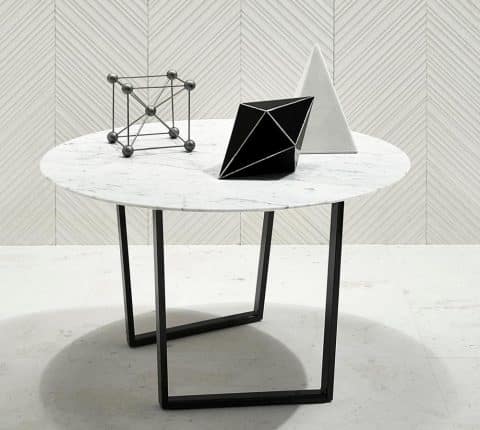 The Dritto table, designed by Lissoni for Salvatori, consists of a geometric iron frame supporting a top composed of an environmentally friendly blend of 99 percent offcut pieces of stone or marble plus 1 percent natural resin, which acts as a binder. Photo courtesy of Piero Lissoni

In recent years, Lissoni has let loose, albeit in a reserved way. This is evident in the exuberance of the tufting on his Lipp chaise for Living Divani, which feels sumptuous in an almost Baroque manner; the humor of his whimsical Condonido assemblage of birdhouses in different hues and materials; and the vibrant colors of his doors for Glas Italia.

“I adapt myself because I like to feel like a monkey that is evolving,” he says. “But in the end, I like to be minimalistic, pure. In the last thirty years, I’ve tried to take risks and add my personal ideas of elegance to the purity. I discovered the capacity to combine many different thoughts: designs from China with African pieces, some Scandinavian modern furniture with nineteen eighties Italian design. I like this kind of contamination. So, I am more contaminated than before.”

The 2016 introduction of the Piuma chair, a collaboration between Lissoni and Kartell, marked the first time a material containing carbon fiber was injection molded, resulting in an exceptionally thin, light and durable piece. Photo courtesy of Piero Lissoni

When he is not globetrotting for projects, the soft-featured, gray-bearded Lissoni may be found in his Milan office, which is a consummate example of this “contamination.” (A quick perusal offers up a priapic Ettore Sottsass Shiva vase, Tang dynasty ceramic horses, vintage toy robots and Japanese wooden dolls, Soviet artifacts, a Helmut Newton poster, ancient pottery, a wooden Buddha, postcards of Donald Duck and Che Guevara, a bushel of rice, a Philippe Starck gnome table and a Hiroshi Sugimoto seascape.) Or he might be at his country home in Tuscany, which displays a similar salmagundi of global goods. He entertains his son Francesco (who is a partner in Lissoni Associati), his grandson and his mother here. But, says Lissoni, “I designed it with one room. The house is for me, my dogs and my girlfriend.” 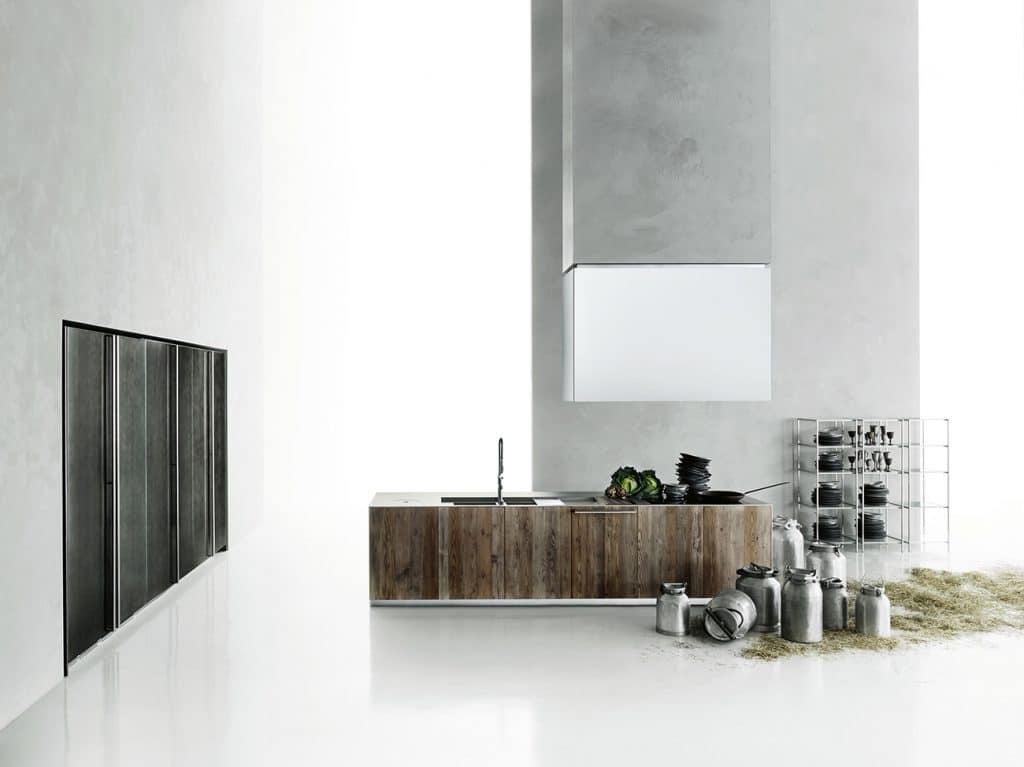 Lissoni created the Aprile kitchen for Boffi, for which he began designing in 1989. Photo by Tommaso Sartori

His Tuscan home is likely where Lissoni is most spontaneous, although he points out that spontaneity runs throughout his work. “It’s crucial,” he declares. “If you approach everything with control, it has minimal capacity to be human. I like this imperfect kind of humanity. It’s more like the qualities of life.” 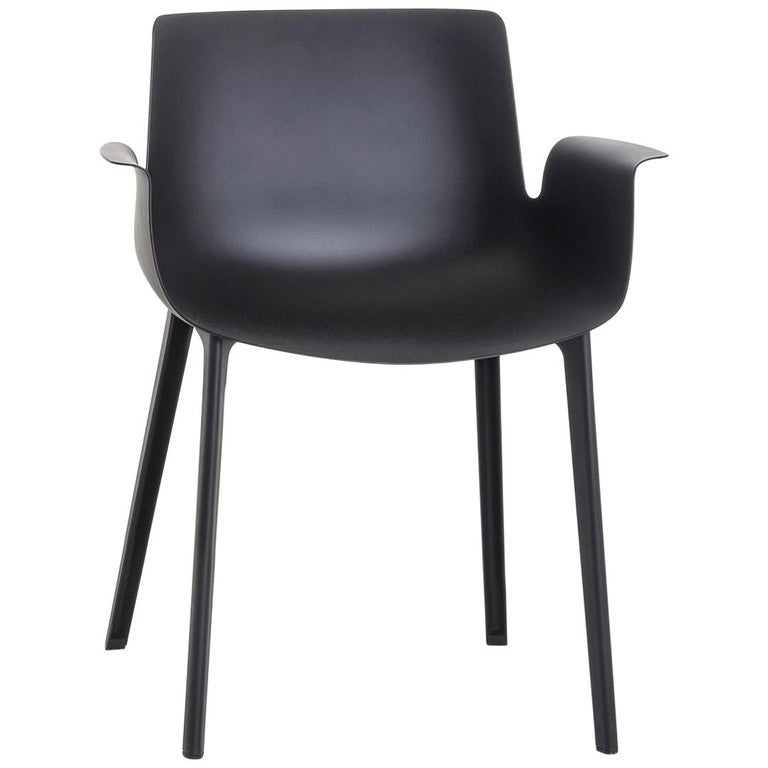 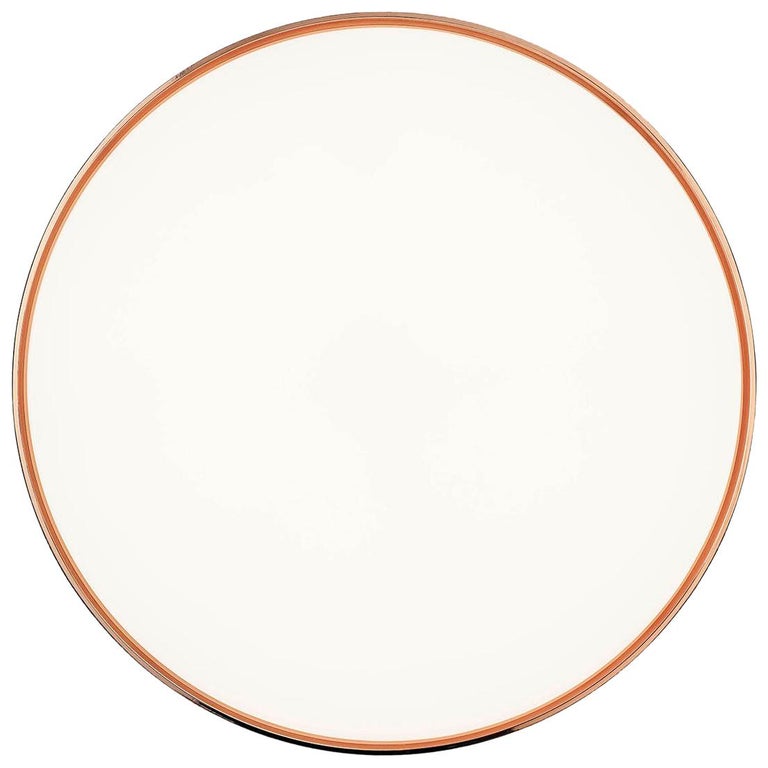 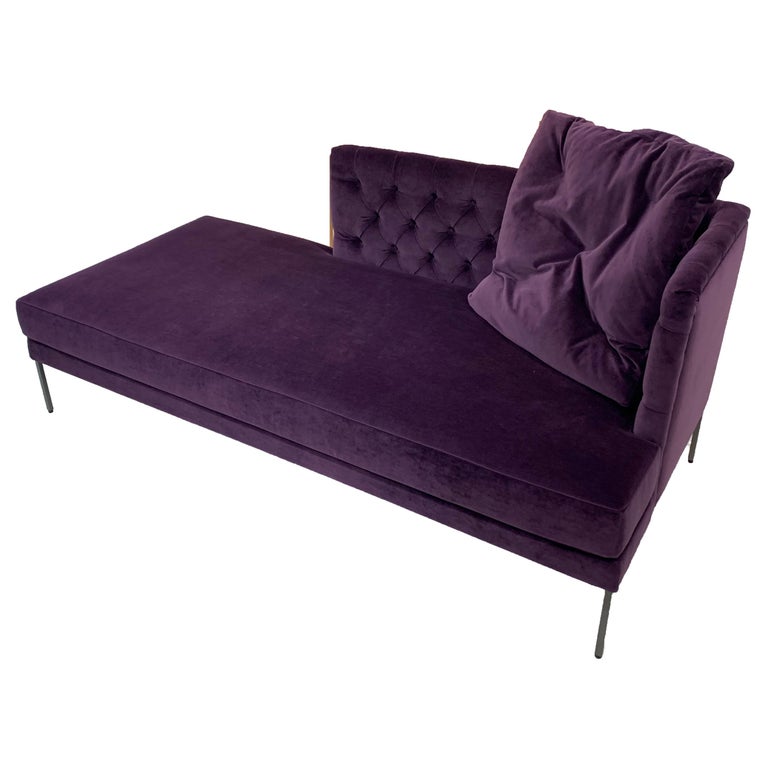 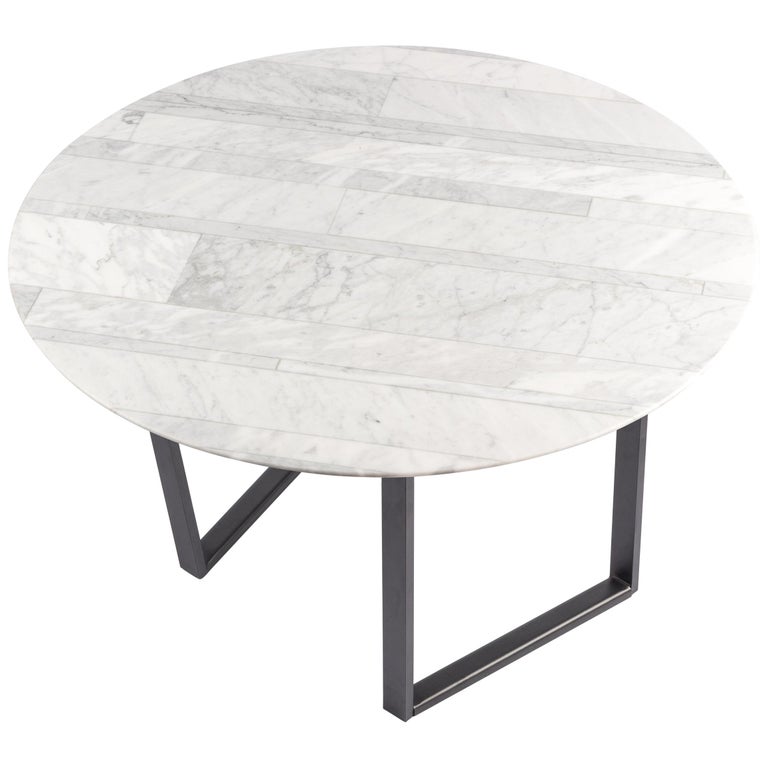 Shop Now
Round Dritto side table by Piero Lissoni for Salvatori, new, offered by Salvatori 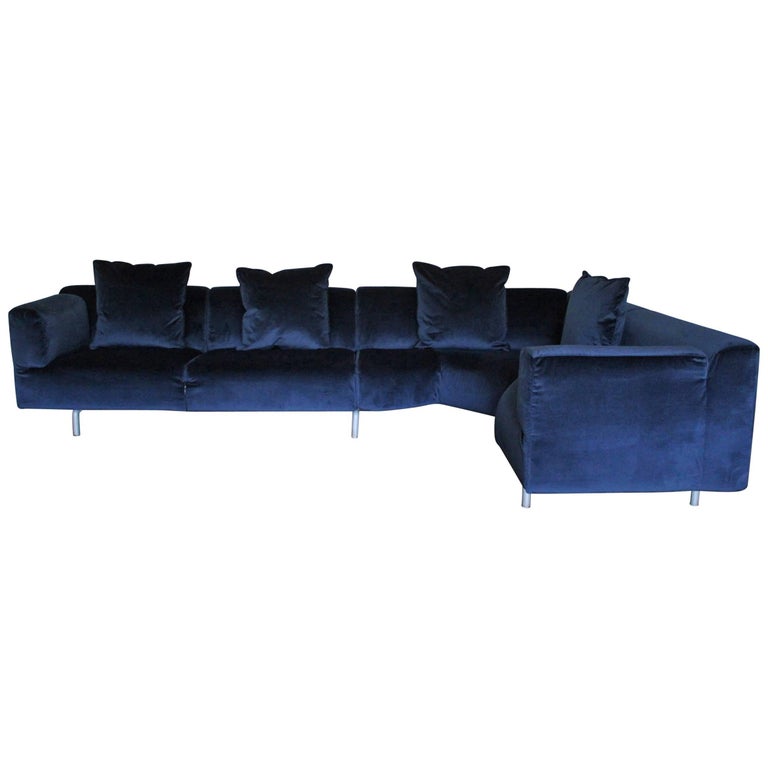 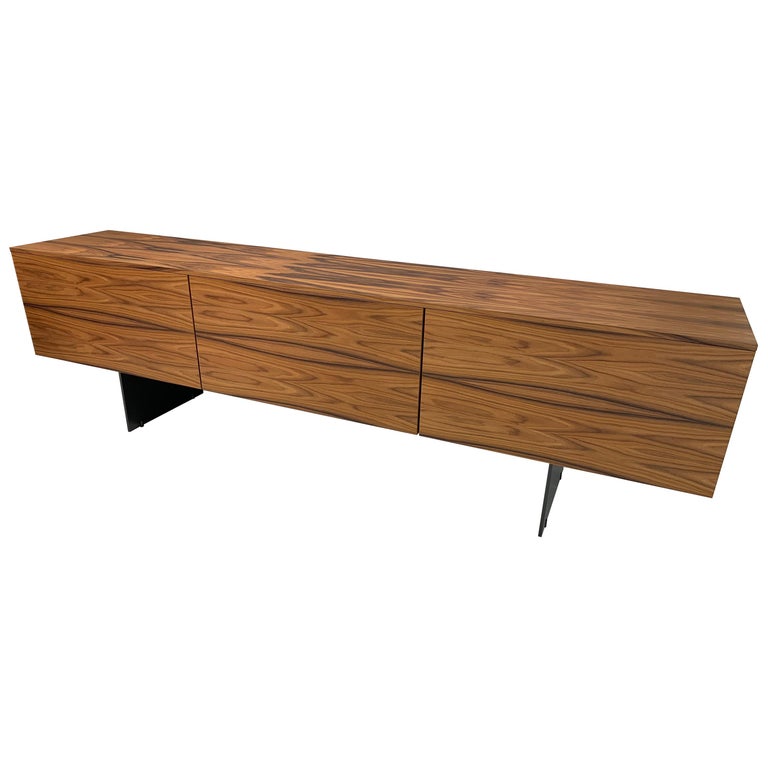 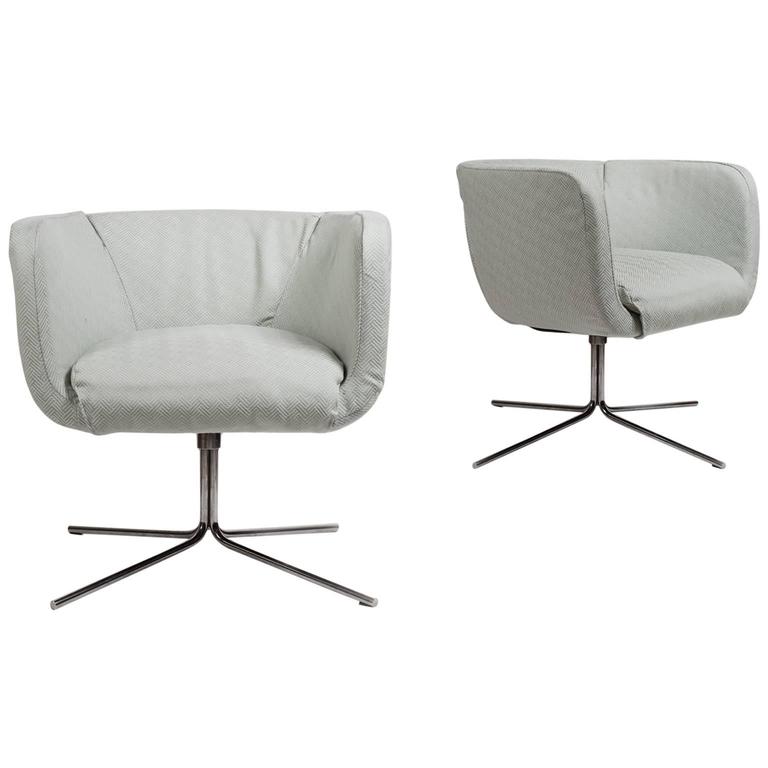