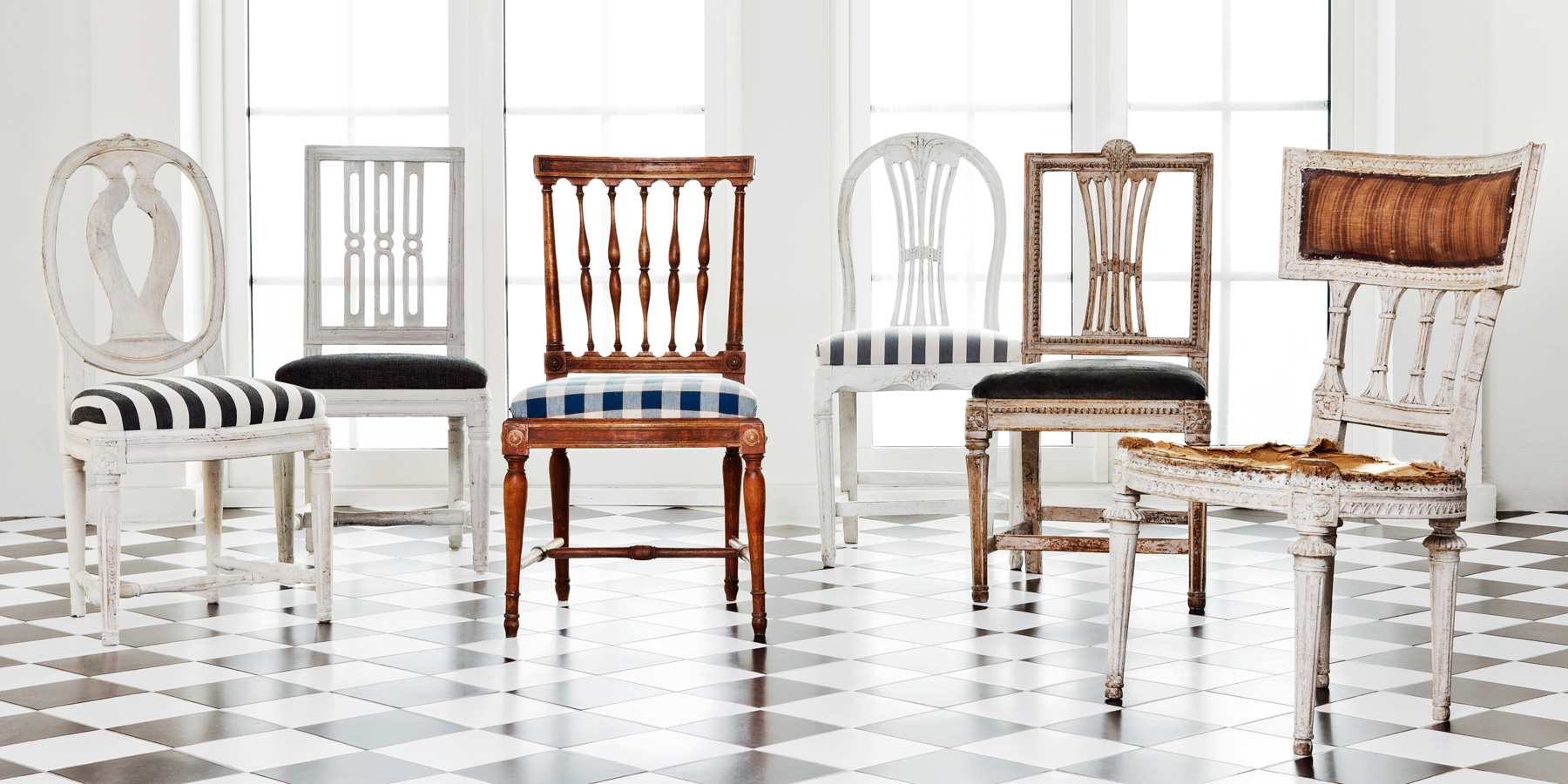 In a new book, the Swedish dealer Karin Laserow demonstrates how antiques from a variety of periods, which we spotlight here, invigorate contemporary interiors.

Having worked with antiques for over 30 years now, my ambition, my vision, has always been to unite the past with the present.” So writes expert dealer and 1stdibs member Karin Laserow in her new book, Swedish Antiques: Traditional Furniture and Objets d’Art in Modern Settings (Skyhorse, 2012).

Based in southern Sweden, the glamorous Laserow has more than 30 years of experience in the business. Her gallery, Laserow Antiques, is located in Vollsjö, an hour east of Malmö and in 2009, Laserow’s young daughter, Liza, established an outpost in Manhattan at the New York Design Center. Both mother and daughter also offer decorating services, from homes to hotels and restaurants.

These services are what inspired Laserow to write her new book, together with co-author Britt Berg. To create it, she photographed key antiques in her inventory — many of which are available on 1stdibs (click the links to shop) — in contemporary and modern houses across Sweden to show how vintage design can look modern. She writes: “Antiques are not dusty, historical objects that only belong in castles and country houses or in old surroundings. Quite the contrary….When older objects are combined with modern design and architecture in the right way, it creates a dynamic atmosphere.”

In the spirit of Laserow’s book, which proves not only inspirational but also educational, what follows is a brief primer of the major Swedish design periods, as illustrated and outlined in Swedish Antiques.

Using simple prose, Laserow introduces and illustrates the characteristics of Swedish antiques from the Renaissance to 1900. In the Renaissance section, she describes early benches fixed along walls, tall chairs, storage chests and cupboards. She points to the influence of classical architecture and sculpture, the popularity of acanthus-leaf motifs and soft C-forms on furniture from the era. 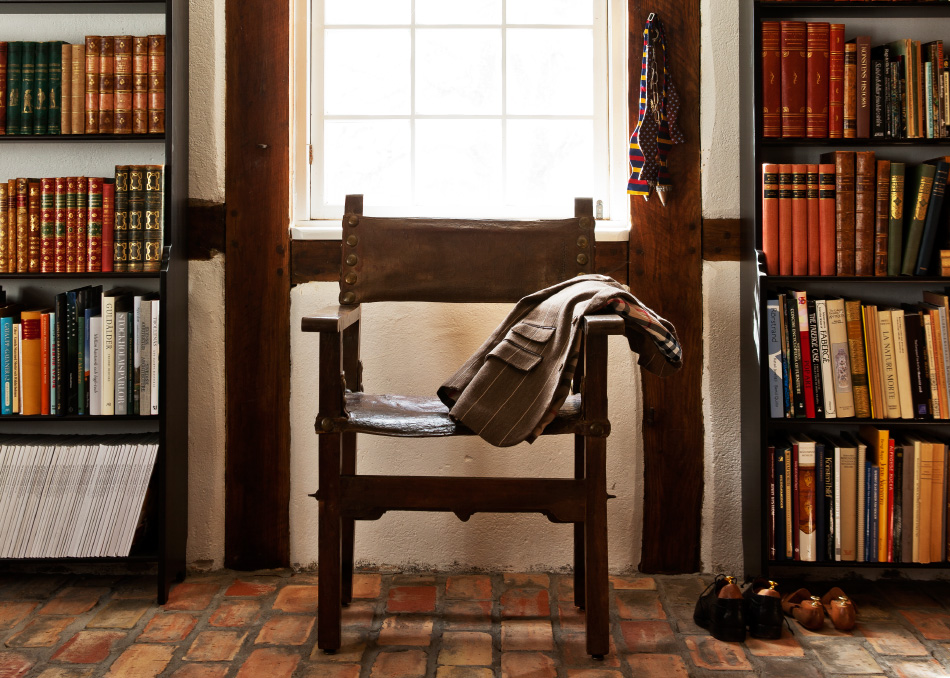 The Renaissance reached Sweden in 1520, bringing with it immigrant craftsmen and cabinetmakers who fashioned Swedish versions of continental styles. This simple oak chair has a leather seat and back and a wonderful patina. 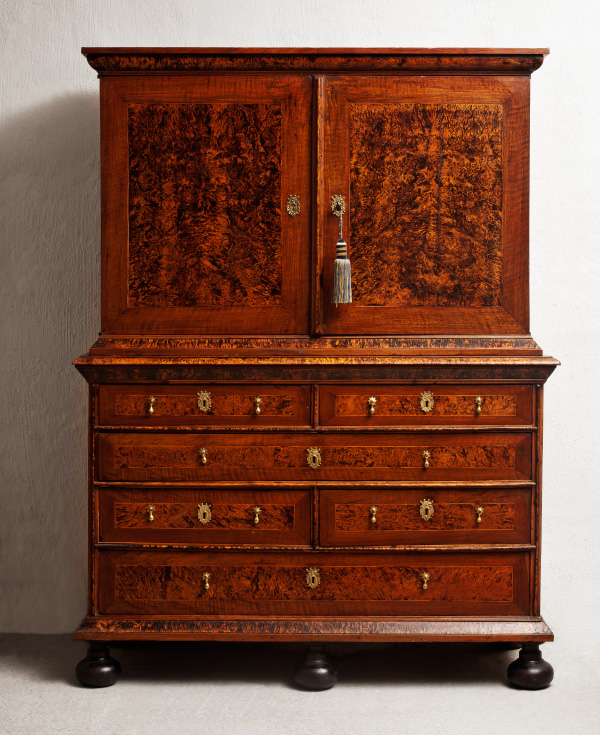 When Baroque style arrived in Sweden, cupboards — such as this massive example, made in western Sweden in the early 1700s with alder-root veneering, gilded shield-like keyhole plates and pear-shaped ball feet — began replacing storage chests.

Then she’s on to the Baroque and the new forms it introduced to Sweden in about 1700: writing tables with drawers, gate-leg tables, card tables, freestanding settees, sconces, wall mirrors, long-case clocks and moveable cabinets with drawers. In the photos, elegant alder-root-veneered cabinets rest on ball feet, oak secretaries are fitted with tiny drawers and cubbyholes, and table legs take baluster or cabriole form. Influenced by Britain and Holland, high-backed chairs have splats decorated with coronets and foliage. We see lighting in many styles: bronze chandeliers with S-shaped candle arms, brass candlesticks with octagonal feet, tall torchères with stamped brass foliage and carved wood sconces.

“Antique objects in modern settings are not merely a question of decoration,” she writes in captions illustrating contemporary houses. “There is also the way they build bridges between furniture of different eras and styles.”

The Rococo came late to Sweden, lasting from about 1750 to 1775, but it shared the curvilinear forms and asymmetry of the Louis XV-style in France. Here, we see charming “new” faience-covered tile stoves, tables with S-shaped aprons and legs, extravagant bombé consoles and lobed-edge white plates with free-floating blue flowers from the Rörstrand porcelain factory. Mirrors are now carved with ribbons, leaves and C-scrolls. Glittering candle chandeliers from the Kungsholm glass works in Stockholm are loaded with sparkling leaf-shaped prisms. 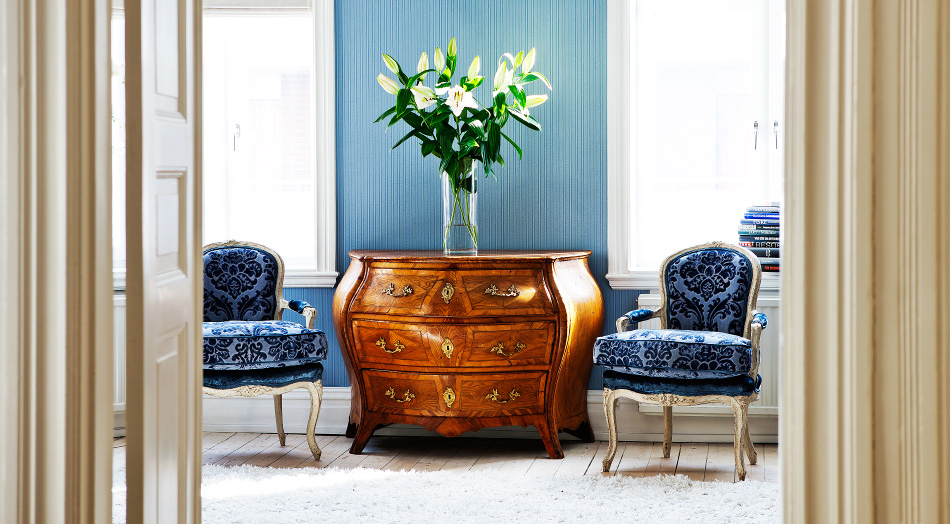 This chest of drawers has an extravagant bombé form but quiet decoration: beautifully crafted lozenges of the same pale wood on the top and across the front and sides. The curved corner moldings are veneered to match.

The Gustavian period, from around 1775 to 1810, is the high point of Swedish style (and the one most represented in the offerings at the Laserows’ New York gallery). After traveling through Europe, King Gustav III originated a Swedish take on the neoclassical Louis XVI style; The curves are gone; classical columns are back; legs are tapered; and contours become more austere, even in pieces with elaborate marquetry work in exotic woods. These are the pieces Americans find most irresistible. 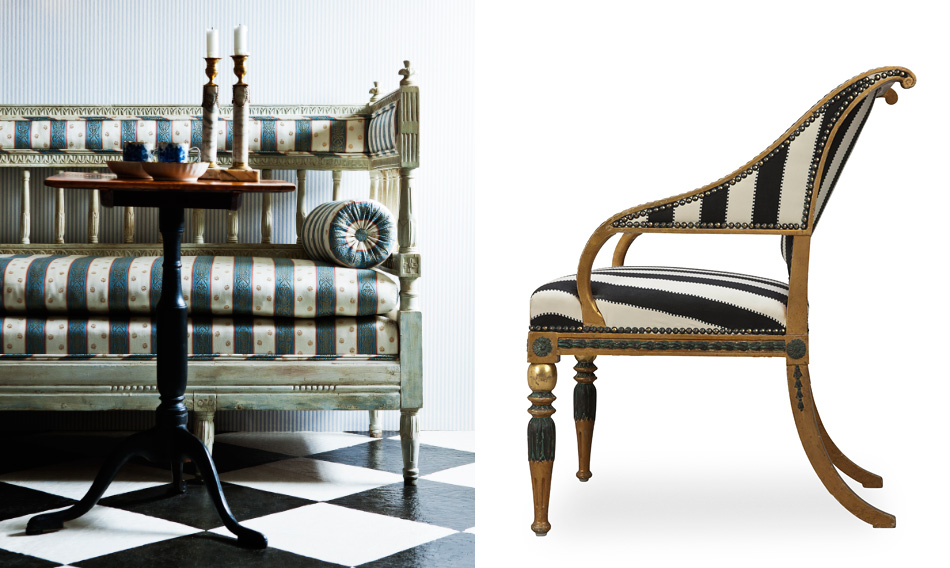 Left: Sweden’s Gustavian style, as exemplified by this sofa, distinguishes itself by its restrained elegance, perpendicular lines and textiles that bear patterns of plain stripes or stripes alternating with columns of flowers. Right: In Sweden, the Empire style is sometimes jokingly called the Second Bronze Age, due to its many gilded motifs: griffins, sphinxes, palmettes, lyres and dolphins. The green-patinated details of this Stockholm-made armchair are meant to simulate bronze. 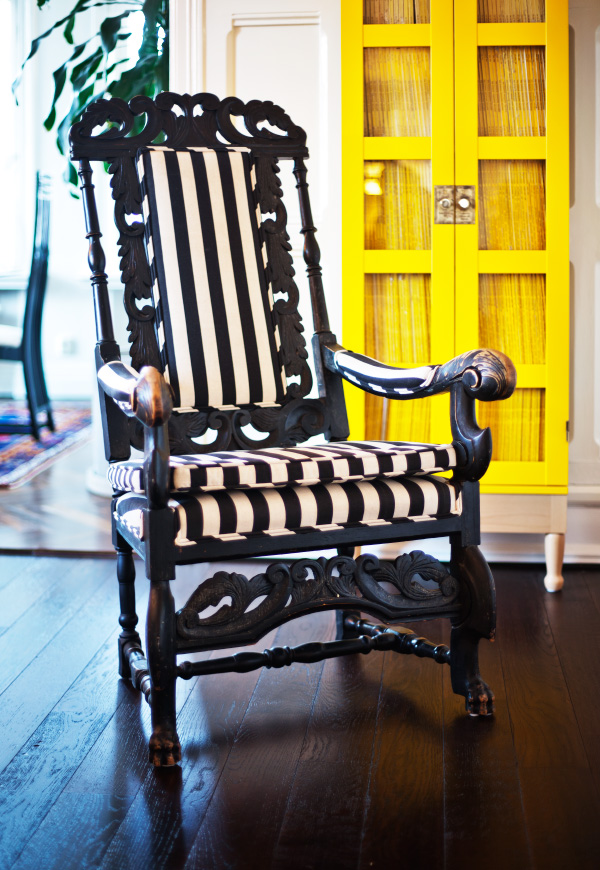 Revivalist pieces took inspiration from earlier styles — this circa 1900 chair nods to the Baroque period — but incorporated new materials and more exaggerated decoration.

The book breezes through Revivalism, a term encompassing a variety of styles found in Europe from 1830 to 1895 that took inspiration from earlier periods such as Baroque and Rococo and then reinterpreted them with new materials and more elaborate decorations. This section also includes useful sections on upholstery techniques and a glossary of decorative terms. Laserow concludes by advising the readers simply to open themselves up to embracing Swedish antiques, regardless of their style. “Buying with your heart as well as your head is never wrong,” she writes.