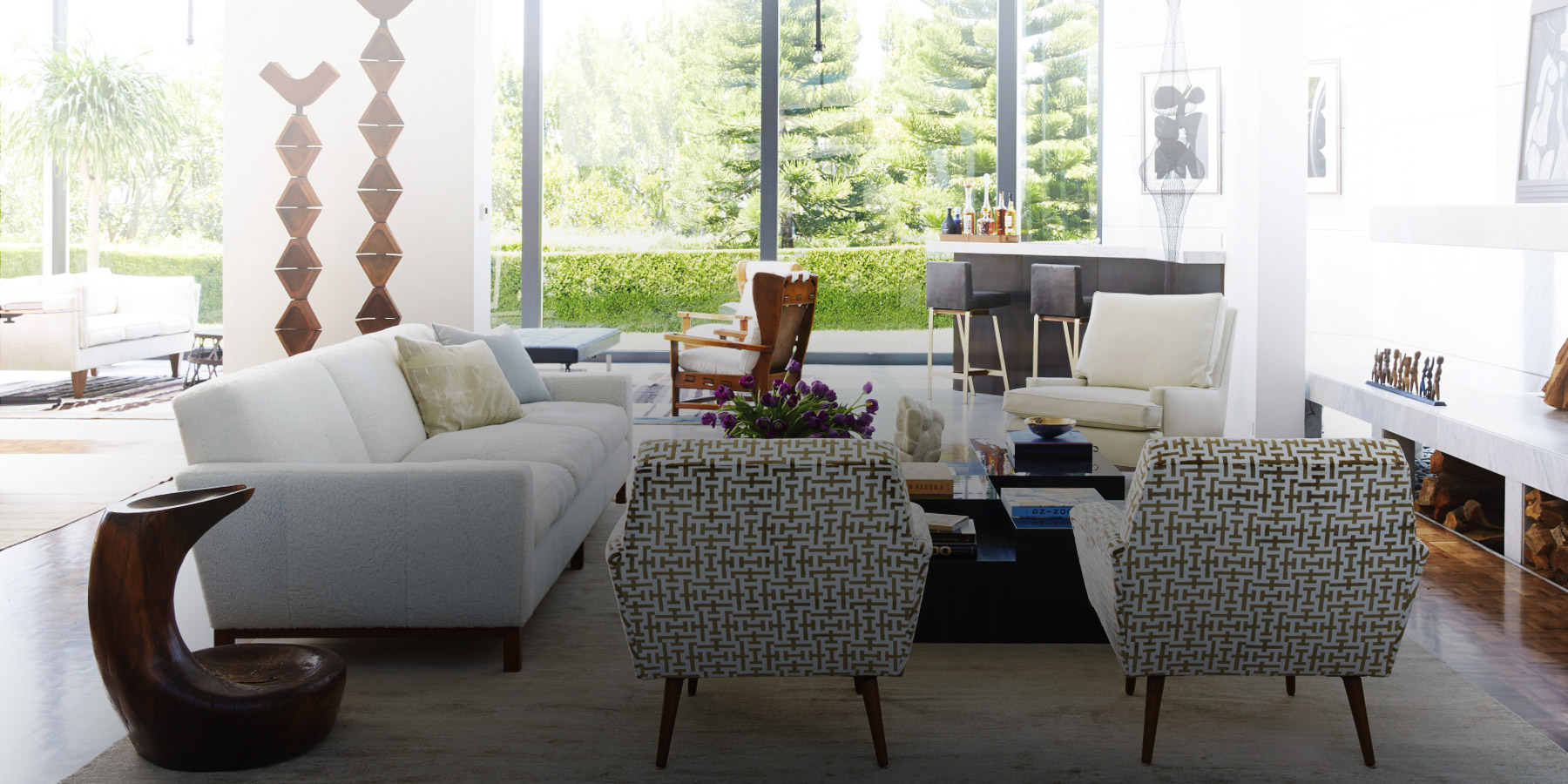 A new monograph by Windsor Smith — featuring a foreword by Gwyneth Paltrow, one of her many celebrity clients — reveals why A-listers flock to this Los Angeles interior designer. With a penchant for rule-breaking, she makes great-looking spaces as luxurious as they are functional. 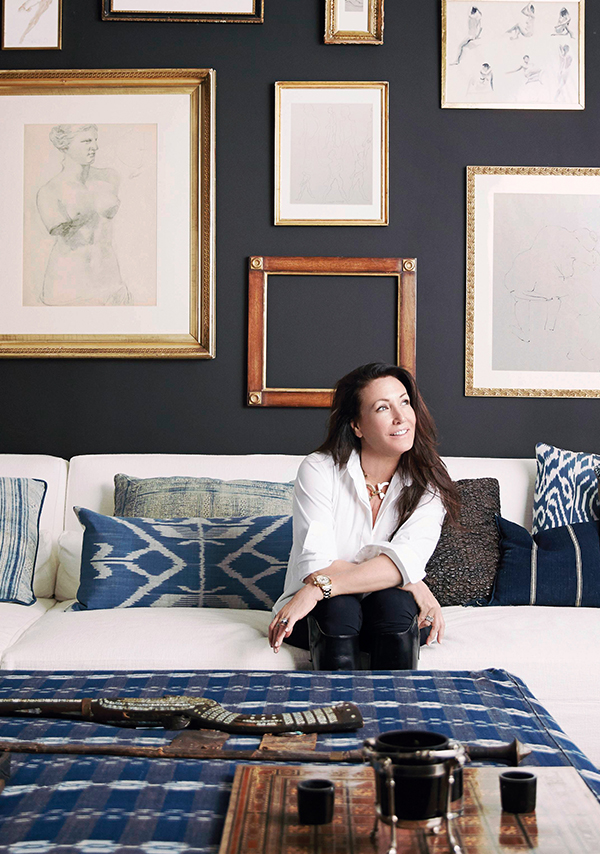 April 20, 2015Los Angeles designer Windsor Smith sits in a room that reveals her penchant for using dark wall colors as dramatic backdrops (photo by Cindy Gold Photography). Top: Big views of earth and sky inspired the natural color palette and low profile of the post-modernist furniture in this glass-walled home in Trousdale neighborhood of L.A. (photo by Victoria Pearson). All photos courtesy of Rizzoli

A self-described “lifestyle architect,” Windsor Smith is known for designing rooms that are glamorous yet livable and personal, too. In her interiors — and in the products she designs for her own collection, Windsor Smith Home, as well as fabrics for Kravet, furniture for Century and furniture, lighting and accessories for Arteriors — Smith aims to make a house a home, in which every corner of a room is beautiful, functional and emotionally resonant. The Los Angeles designer’s in-the-know clientele includes such entertainment-industry figures as Gwyneth Paltrow and Ryan Murphy as well as 1stdibs founder Michael Bruno. Now, she’s sharing her work and philosophy with a larger audience in her first book, Windsor Smith Homefront: Design for Modern Living (Rizzoli, $50), written with Meredith Strang.

The book, with its 200 seductive photographs spread over 256 pages, starts with a bang — a foreword by Paltrow, who writes that she “felt the seas shift and the sky change” when she was real-estate browsing online and came across a house in Los Angeles that Smith had built from the ground up. When the actress and lifestyle guru eventually saw the house in person, she says she “knew something deep and wonderful. I was home.” (She bought it then and there and set to work re-decorating it with Smith.) In the book’s introduction, Smith states her somewhat subversive goal: to design “beautiful rooms for the way people today actually use them, regardless of their intended purpose, breaking the rules as to how a room ‘should’ function.” Inspired by one of her idols, the groundbreaking 20th-century decorator Elsie de Wolfe, Smith says she wants to “knock down the conventions and open up rooms so they work with the way we live now.”

In her foreword to the book, actress and lifestyle guru Gwyneth Paltrow writes that she “felt the seas shift and the sky change” the first time she came across a Windsor Smith home. 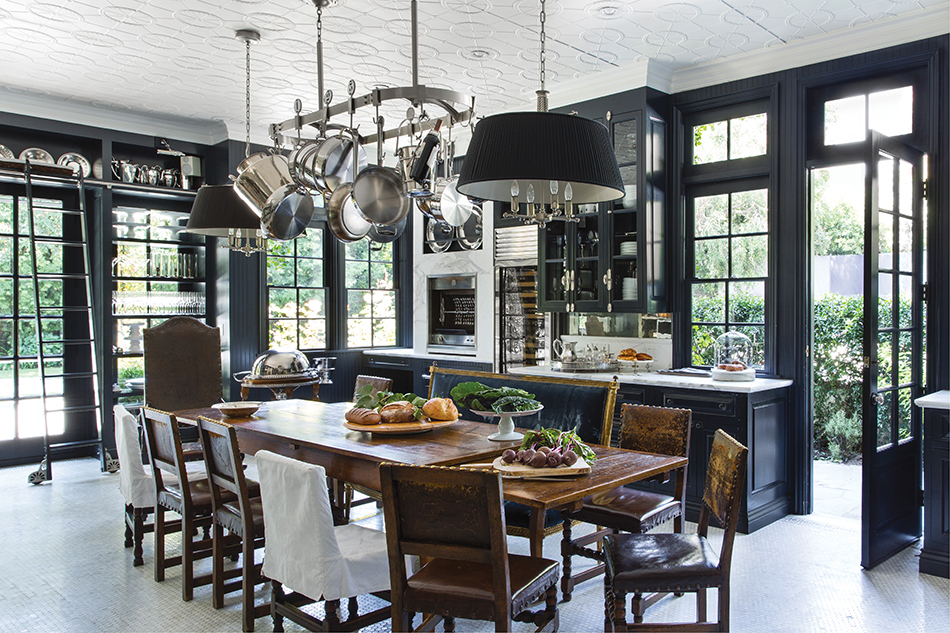 Of her own large, naturally lit dining and cooking space, Smith says “I really wanted an ‘Is it an industrial kitchen or an elegant paneled library?’ back-and-forth shift.” Photo by Lisa Romerein 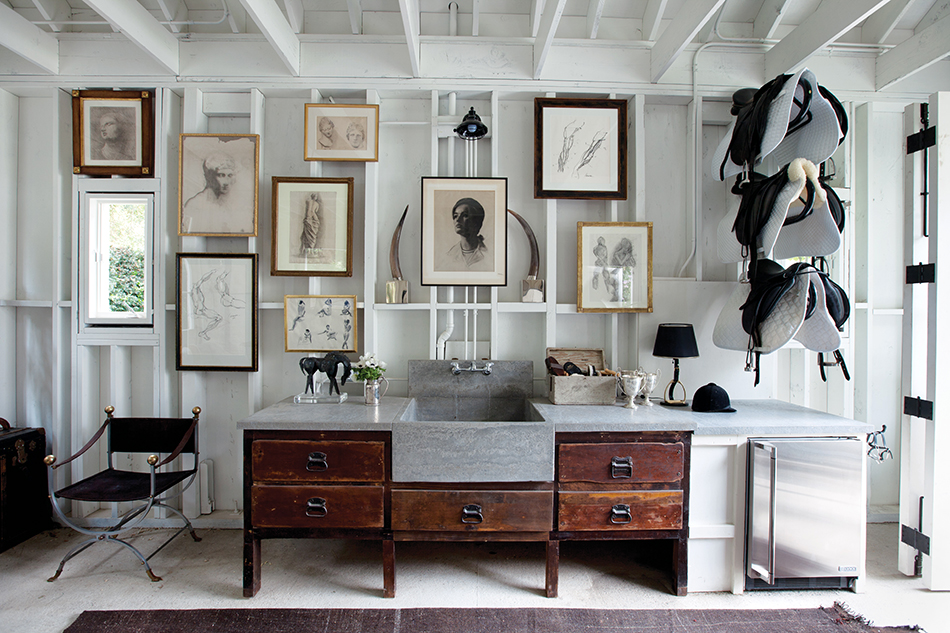 Smith converted stables on the property of equestrian clients into a space that combines kitchen, living room, library and art studio. Photo by Luca Trovato 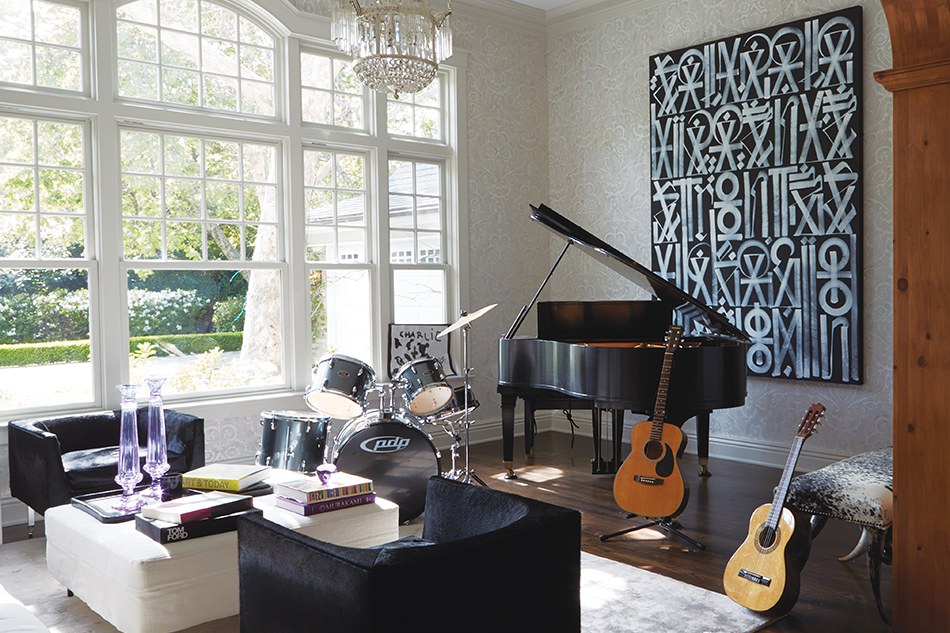 Not afraid to make bold choices and break rules, Smith turned a formal dining room in Brentwood into a music studio for a family of instrument-playing clients. Ebony and ivory piano keys inspired the black-and-white palette. Photo by Melanie Acevedo 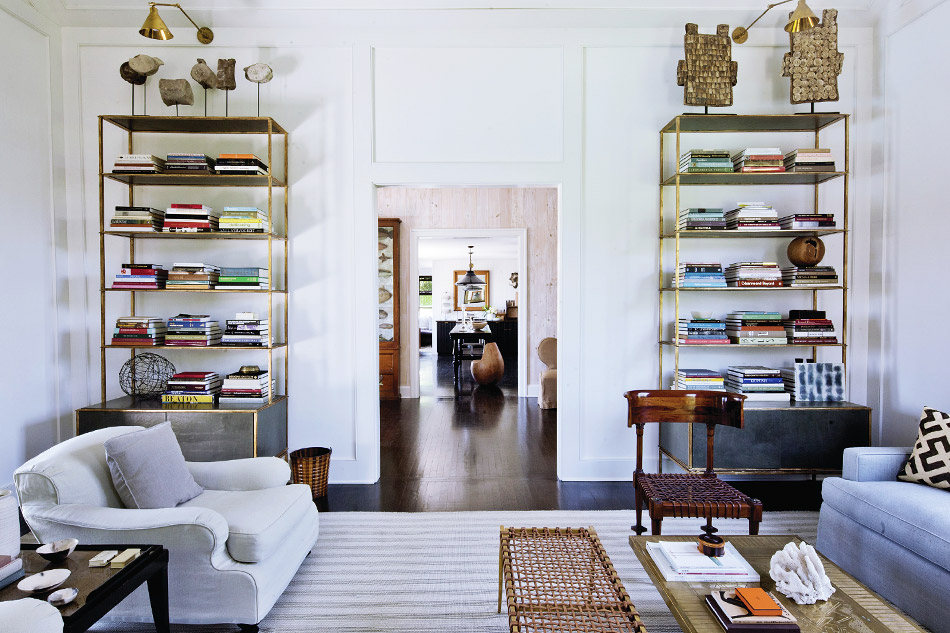 Smith used bespoke architectural high-rise bookcases of gilded metal and gray-green leather to draw the eye upward in the living room of the Southampton residence of 1stdibs founder Michael Bruno and his partner, Alexander Jakowec. Once again, she found her palette in the natural elements around the house, bringing the hues of the beach and ocean inside. Photo by Tim Street-Porter 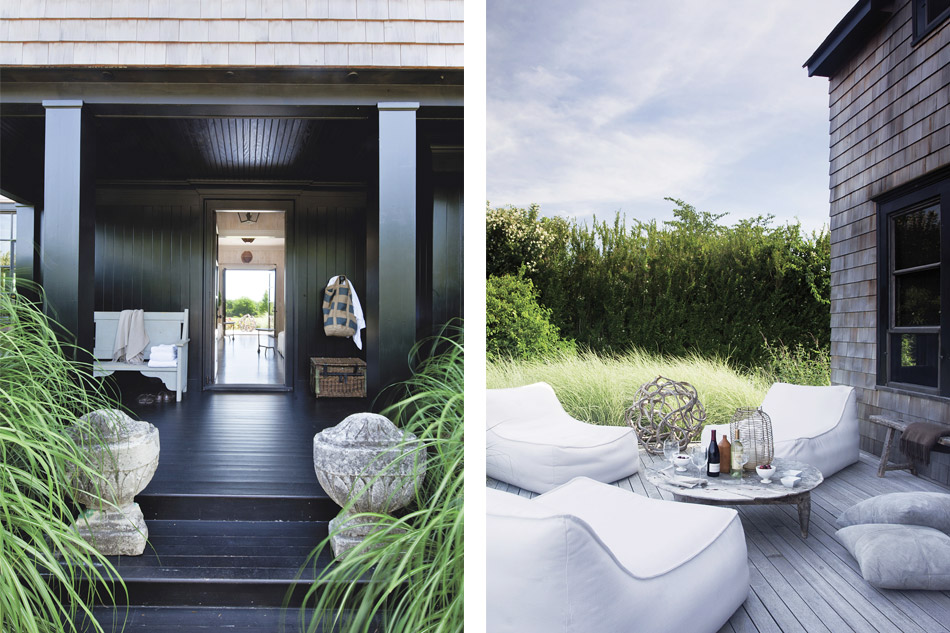 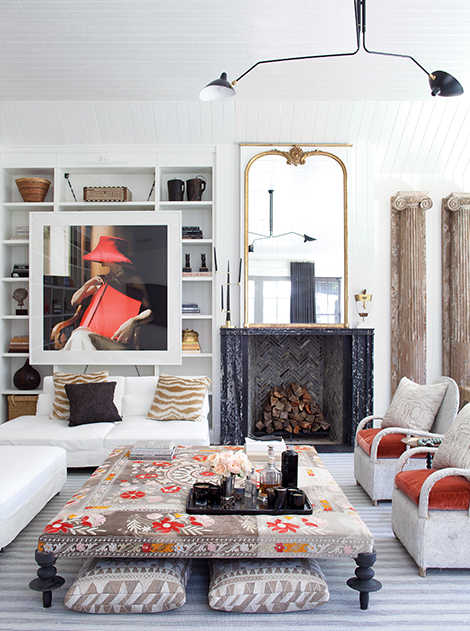 For this Mandeville Canyon estate, “I stole a vintage textile meant for my son’s college apartment in a panic to upholster this ottoman,” Smith playfully confesses. “Often, it’s an unplanned element that makes it all come together. I rely heavily on intuition — and divine intervention.” Photo by Max Kim-Bee

The five chapters that follow — written in a breezy, conversational style, as if she were telling us all this over a cappuccino — offer ample evidence that Smith practices what she preaches. What’s the point, she argues, of having a formal dining room that’s only occupied on special occasions? Why not turn a long entry hall into a space that can comfortably seat 30 for Thanksgiving dinner, thereby freeing up the dining room for use as something less imposing and more inviting, like a family room? (Keep in mind, this is a woman who placed a dark-blue Ping-Pong table in her own too-grand living room, so that her sons would have a place to hang out.) If a room has wonderful morning light, Smith says, turn it into the “morning room,” a concept that may evoke the bygone era of Downton Abbey, but that, she argues, makes for a much more pleasant place for a family to start its day. For clients who are equestrians, Smith turned a horse barn near the house into an auxiliary living space, adding a kitchen and sitting areas, and mixing artwork with trophies, ribbons and saddles.

Multitasking rooms, she maintains, are the answer to encouraging more face-to-face time for stressed-out, tech-distracted modern families. Smith is a big believer in the open kitchen, suggesting that you paint yours navy, say, or charcoal, to create a more glamorous backdrop for the dinner parties you’ll have there. (She isn’t afraid of color, if you haven’t already guessed.) And while she’s a big fan of modern design, Smith firmly believes in layering old and new. “Even a breakfast room,” she declares, “needs to have some history.” Or, as she sums it up, “A home in balance is masculine and feminine, antique and modern, light and dark, austere and glamorous, rustic and sophisticated — all these things in perfect harmony.” In a Windsor Smith home, they most certainly are. 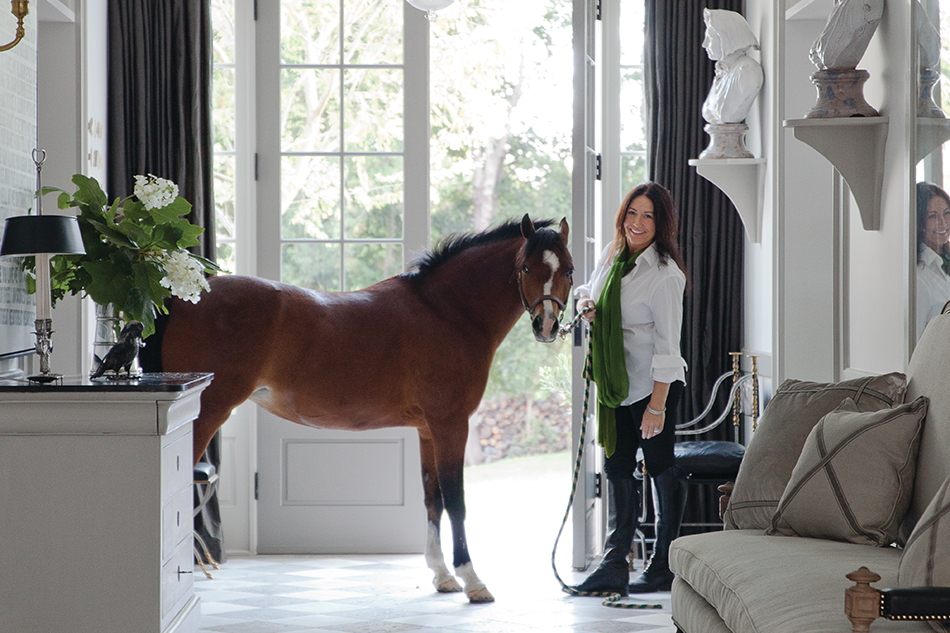 “I don’t aspire to create beautiful rooms for people as much as I want to change the way they live in them,” Smith writes, in what could be taken as her mission statement. Photo by Max Kim-Bee 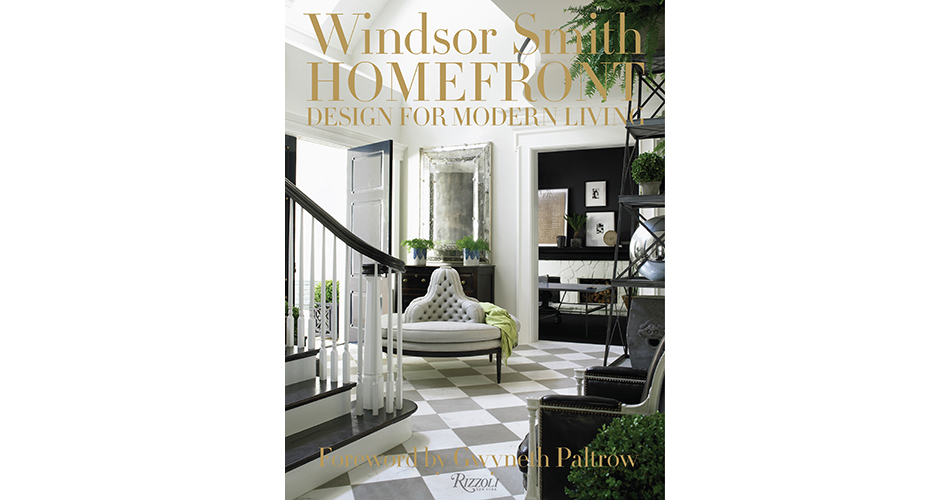