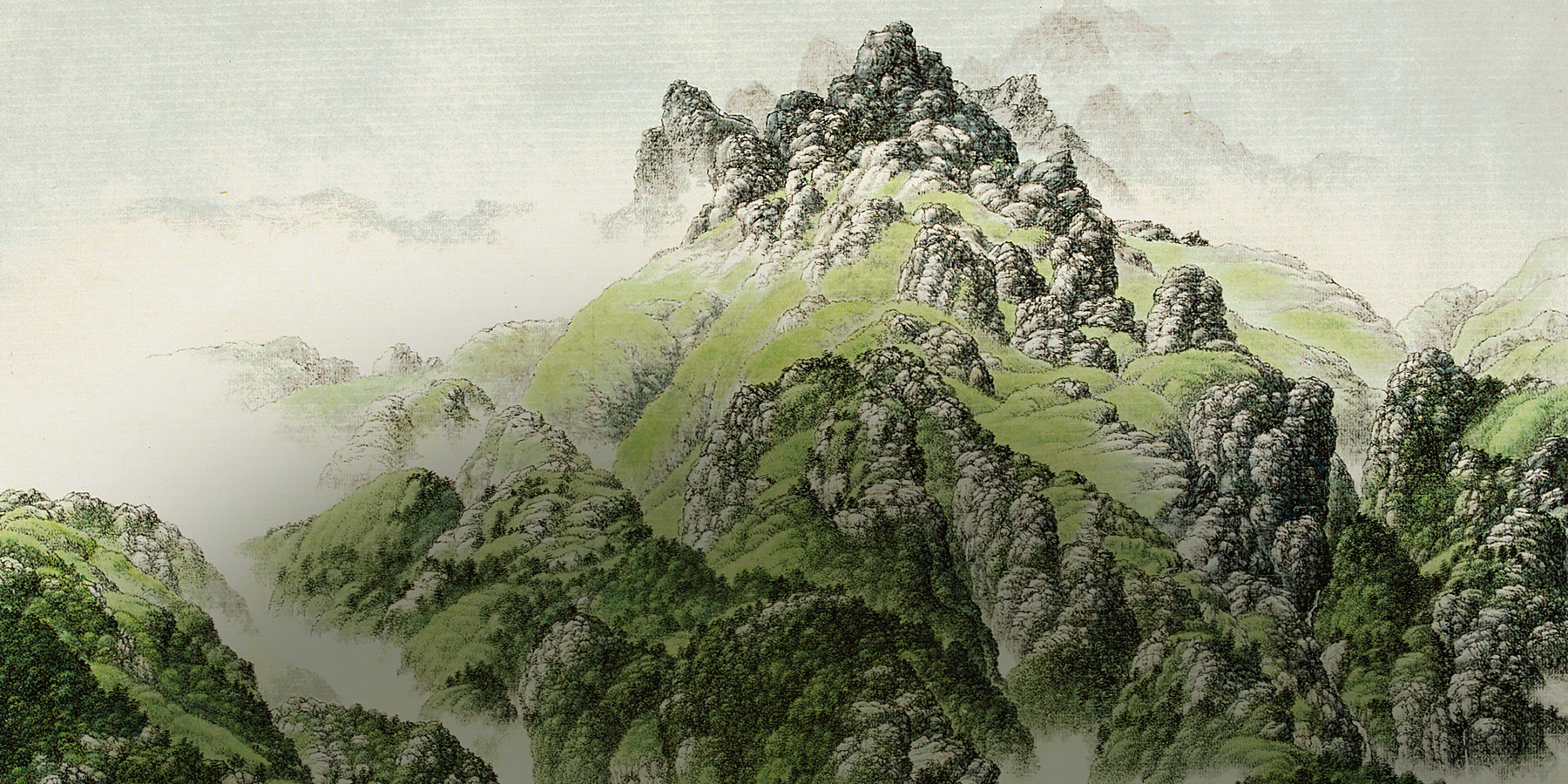 During New York's Asia Week, which this year runs from March 13 through 21, several top galleries are highlighting contemporary takes on the ancient and highly revered tradition of Chinese landscape painting — with mesmerizing results. 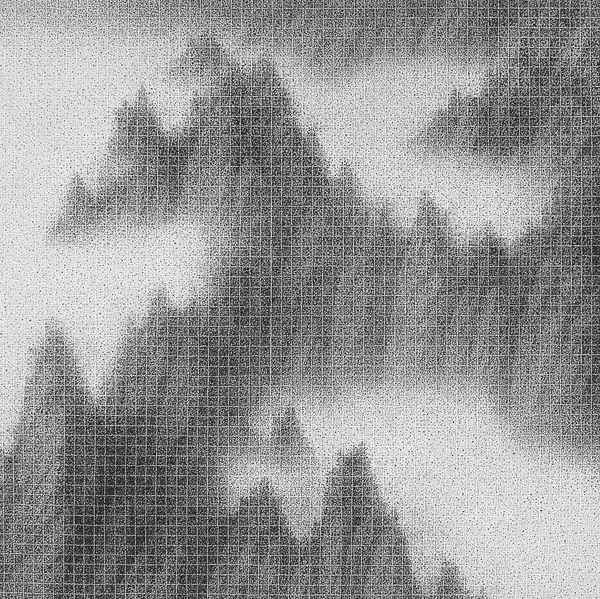 March 9, 2015Heart Landscape (detail), 2009, by Lee Chunyi, is among the ink paintings that the Chinese Porcelain Company is planning to show during this year’s Asia Week New York. Top: Green Mountains, 1999, by Hsia I-Fu, will be at M. Sutherland Fine Arts, another Asia Week participant.

For the Chinese, the landscape is thought of as a visible key to an invisible reality. As a result, landscape painting is one of the most prized traditions in Chinese culture, one that dates back to the third century and continues to inspire Chinese artists today. Landscape painting also excites collectors, which is why several of the 42 galleries participating in Asia Week New York this year, which runs from March 13 through March 21, will be showing standout examples both ancient and contemporary.

Collectors’ interest in the subject became particularly clear in 2011, when Poly auction house in Beijing sold a 14th-century hanging scroll with an ink landscape for $62.1 million, setting both a world auction record for Chinese painting and calligraphy and a new record for the artist Wang Meng, who lived from 1308 to 1385 and is still revered as one of the “four masters of the Yuan dynasty” (1206-1368). (Significant works by Wang Meng and his contemporaries are on view in “Style in Chinese Landscape Painting: the Yuan Legacy,” a show at the Smithsonian’s Freer Gallery of Art, in Washington, D.C., through May 31.)

In New York, fine Chinese landscape ink paintings can be seen at a trio of 1stdibs galleries during Asia Week: M. Sutherland Fine Arts, Erik Thomsen Gallery and the Chinese Porcelain Company, which displays 18th-century Continental furniture alongside its eponymous ceramics. The Chinese Porcelain Company has organized an exhibition of contemporary landscape works called “Winter Lotus Garden,” which features new pieces by five talents currently living and working in Beijing. You wouldn’t necessarily guess the pieces are recently made, however, because the meticulously painted mountain ranges, pine trees and flowers are done in styles popular several dynasties ago. It seems the artists are not trying to imitate nature so much as inspire reflection and pay homage to the ink masters of the past, just as Wang Meng did centuries ago. 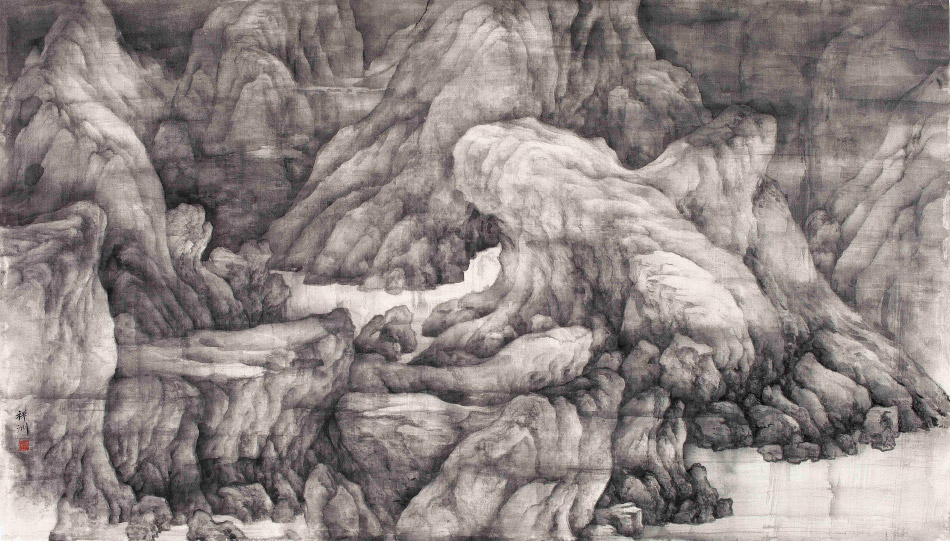 “Deeply etched mountain crags and cliffs still find movement and even lightness in their curving rock formations,” says Chinese Porcelain Company owner Pierre Durand of the Tai Xiangzhou ink landscapes he currently has on view, which include Misty Mountain, 2011.

Misty Mountain, a 2011 painting by Tai Xiangzhou, for example, depicts a mountain range whose valleys are cloaked in fog. It seems as if the artist is trying to explore what effects he can achieve from ink as it spreads or holds fast on the paper. Layers of closely etched lines emphasize the tortured contours of the mountainsides. In their dense energy, they add an ominous feeling.

These ink paintings demand attention and study. They are meticulous, contorted, emotive and powerful. The Chinese have revered such brushwork for centuries. Now the West is catching up. 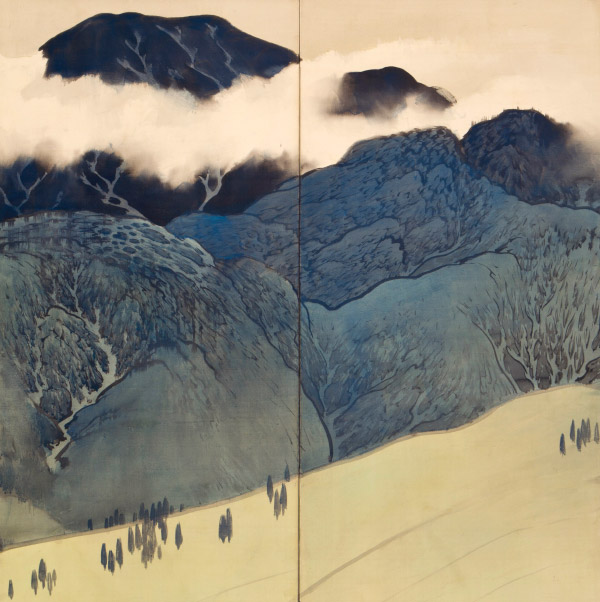 Erik Thomsen will be exhibiting a pair of six-panel screens by the Japanese artist Nishii Keigaku called Mountain Landscape (detail), ca. 1920. Thomsen points out that artists like Keigaku frequently traveled abroad and thus Western influences are often perceptible in their work.

“Deeply etched mountain crags and cliffs still find movement and even lightness in their curving rock formations,” gallery owner Pierre Durand writes in the catalog for the show. “The paintings reveal deeper levels of detail and meaning upon repeated viewings. His work invites the viewer to contemplate not just the features of the natural world but how they echo the dimensions of a spiritual one.”

Another artist in the show, Zeng Xiaojun, depicts a gnarled root titled Tree Study No. 3, 2010, which demonstrates his mastery of classical techniques. As Durand explains, Xiaojun collects Ming furniture, scholar’s objects, rocks and wood, so this painting, with its fixation on the wood’s surface, reflects “an unusual resonance between his paintings and collected objects.”

Zhang Yirong, meanwhile, paints miniature narcissus flowers in Qianlong ink on handmade Chengxing paper. She layers thin ink washes to create the forms and shapes of the blossoms and the stalky leaves, then outlines each flower. These ink paintings demand attention and study. They are meticulous, contorted, emotive and powerful. The Chinese have revered such brushwork for centuries. Now the West is catching up.

Erik Thomsen, a dealer who specializes in Japanese art, represents three artists highly influenced by Chinese landscape ink paintings. Minol Araki (1928-2010) was born to Japanese parents in Manchuria and studied painting in the brush-and-ink tradition from the age of seven. After his family returned to Japan after World War II, he turned to industrial design and architecture for years, designing household accessories that sold at the likes of Dunhill and Georg Jensen, but he continued to paint traditional Chinese-style landscapes. 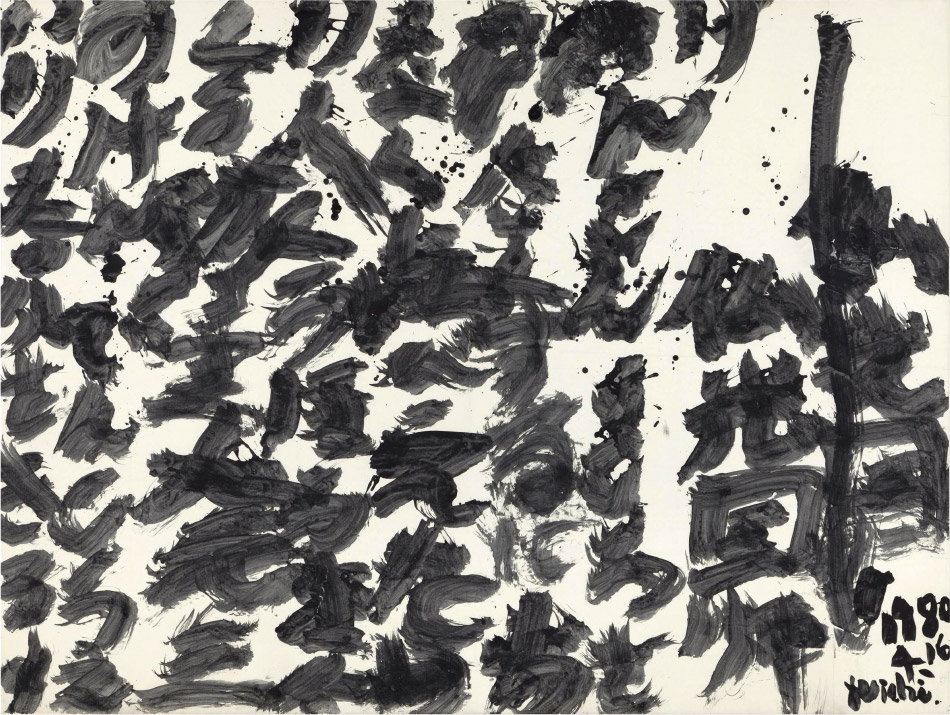 Not technically a landscape, Inoue Yūichi’s calligraphic Bukkō Kokushi no ge, 1980, which depicts a well-known 13th-century poem and is on view at Erik Thomsen, shows the complex and sweeping vistas an artist can conjure when applying ink to paper. 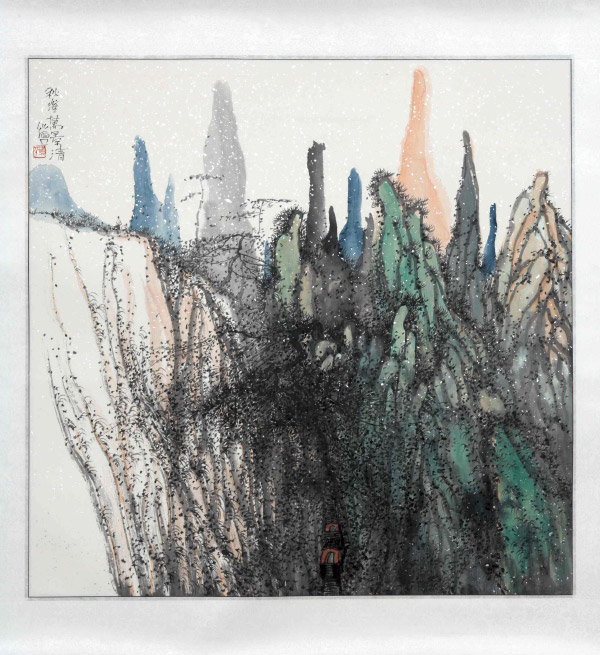 Another Japanese artist influenced by Chinese ink landscape painting is Nishii Keigaku (1880-1926). The son of an official court painter, Keigaku was born in Fukui Prefecture north of Tokyo. In 1902 he went south to Kyoto to study with the painter Yamamoto Shunkyo and began to win prizes. Thomsen is exhibiting a pair of circa-1920 six-panel screens done in ink and color on silk, which is titled Mountain Landscape. “In the nineteen-twenties, Japanese artists traveled around a lot,” Thomsen says. “They went to Paris, Indonesia, Korea and China. That’s why you see Western influences on parts of the landscape.”

Thomsen will also show works by Inoue Yūichi, the most famous Japanese calligrapher of the 20th century, who was known to employ only Chinese inks and papers in his bold paintings of over-scaled Japanese characters that recall the works of Franz Kline. (Thomsen sold one of them to the Met last year.)

Dealer Martha Sutherland, meanwhile, has had a long and intimate relationship with Chinese ink landscapes. One of the contemporary painters she represents is Taiwanese artist Hsu Kuo-Huang, whom she has known since 1979, when she was mastering Chinese as a Stanford University student at the Taiwan National University. She took a job doing translations in the painting and calligraphy department of the Palace Museum and became friends with Hsu, who was researching, curating and organizing exhibitions in the same department. Already an accomplished calligrapher, Hsu had decided to concentrate on classical Chinese ink landscapes. In 2004, after he retired from his job at the museum, he moved to a rural area called Hualien near the Taroko Gorge National Park. Since then, he has made a series of dramatic views of the gorge using traditional landscape painting techniques. He hikes the rugged trails (sometimes with Sutherland), making sketches, and then returns to the studio to paint. First he works out the overall composition in light ink, and then he paints the hills, trees, vegetation and houses employing a variety of brush techniques: long and short, heavy and light, dense and spare, wet and dry. There is a virtuosity to his brushwork that looks both contemporary and ancient, a clear nod to ancestors like Wang Meng. 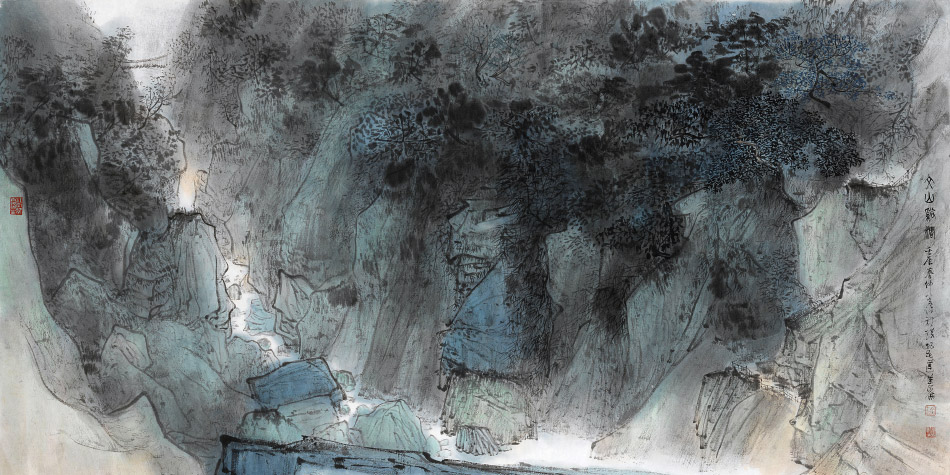 Martha Sutherland represents contemporary Taiwanese painter Hsu Kuo-huang, who decided in the 1970s to focus on classical Chinese ink landscape, a prime example of which is A Glimpse of Wenshan Hot Spring, 2012.