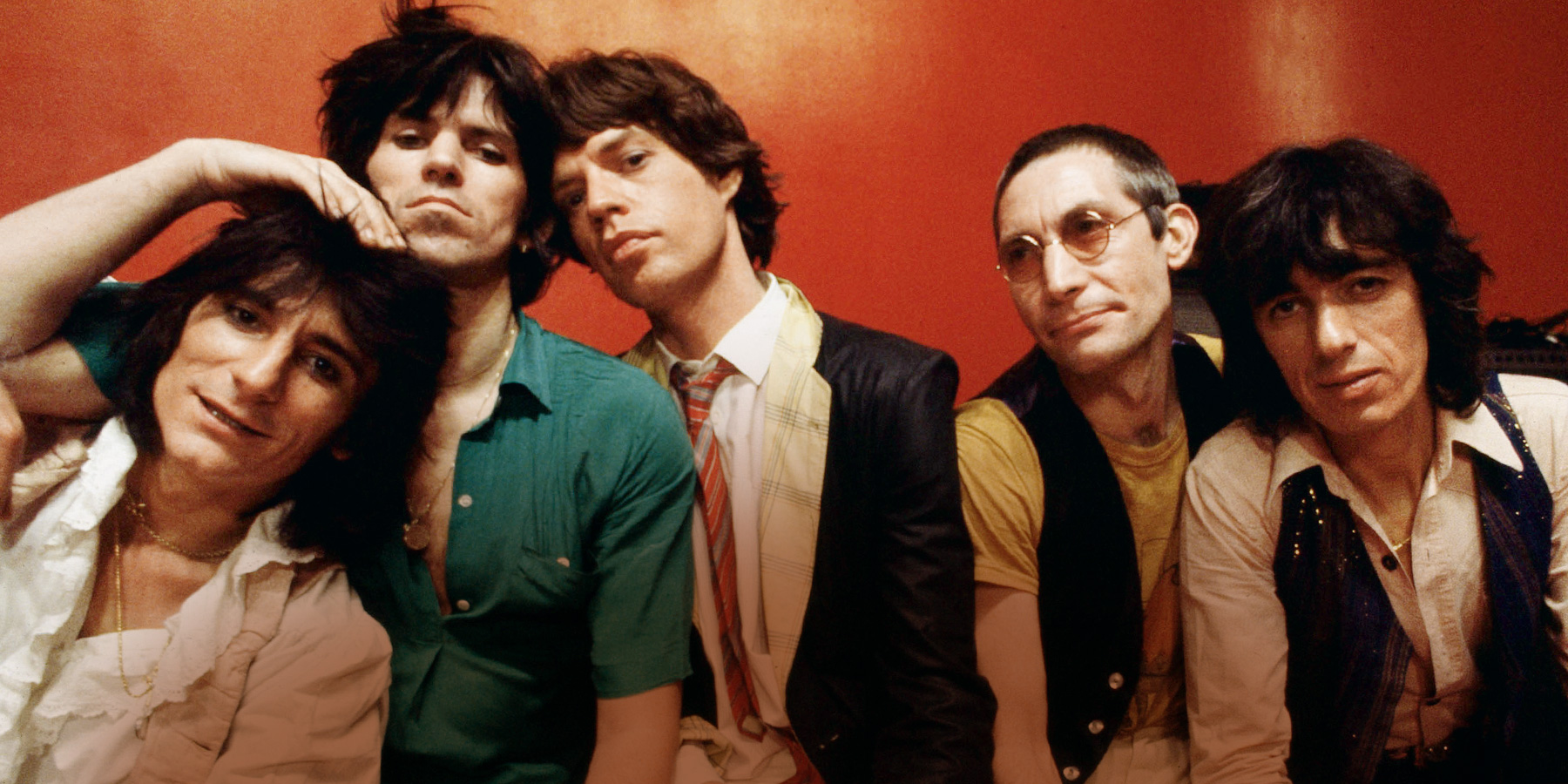 Gathering together some 50 years' worth of photographs — many of them never before seen — by the likes of David Bailey, Andy Warhol and David LaChapelle, a new book from TASCHEN and a related selling exhibition at the publishing house's new Los Angeles gallery provide a riotous, rowdy and riveting portrait of The Rolling Stones. 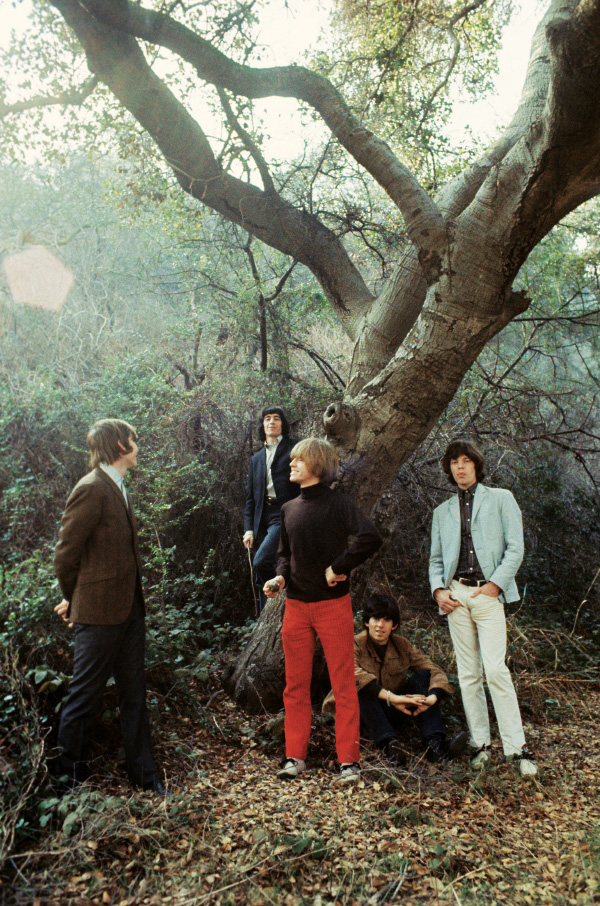 The Rolling Stones definitely weren’t a boy band,” says David Bailey, the famed British photographer whose portraits and fashion images defined the Swinging Sixties in London. “They were a bunch of working-class kids just mucking around, playing the music they loved — black American blues — in a whole new way. And they created their own style and look.”

Now, 50 years after the band’s first American tour and appearance on The Ed Sullivan Show (the host of which deemed them “unkempt”), the striking visual legacy of the band has been documented in the new 522-page TASCHEN book The Rolling Stones, which features a cavalcade of incredible images shot by the aforementioned lensmen as well as behind-the-scenes snaps by photojournalists including Jim Marshall, Ethan Russell, Linda McCartney and Bent Rej. (There are also Polaroids from the bandmate’s personal collections.) It coincides with a comprehensive exhibition, “It’s Just A Shot Away: The Rolling Stones in Photographs,” which opened December 13 and runs through January 31, 2015 at the new TASCHEN Gallery in Los Angeles.

Located in a 6,400-square-foot space on design-centric Beverly Boulevard, TASCHEN Gallery is a new chapter for the internationally acclaimed publisher. “Our big book productions can take years,” explains founder Benedikt Taschen. “During the process, we work through all the major and unknown archives and talk to fifty-plus photographers. This kind of research work is rarely done, even for major museum shows, so we thought it might make sense to curate exhibitions. To open as the Rolling Stones book was coming out was perfect timing.”

Nearly 100 photographs — signed by the photographers in limited editions of 5 to 50 and with print sizes ranging from 16 x 20 inches to 48 x 60 inches — will be offered for sale at the exhibition and on TASCHEN’s 1stdibs storefront. In addition to a $150 hardcover edition with three foldouts, the book is being published in a $5,000 Collector’s Edition of 1,600 copies, all signed by the Rolling Stones, as well as a $10,000 signed Art Edition that also includes one of six photographic prints.

“Our publications are art objects in themselves, so shows related to our books seemed a natural progression,” says Taschen’s Reuel Golden, who edited The Rolling Stones. Created in collaboration with the band, the book, he says is “almost like a family album, with lots of never-seen-before, quite intimate stuff from their private archives.” Golden credits the Stones with understanding the power of photography in projecting an image: “They changed the rulebook for how a band should behave,” he says. “The Stones looked cool, sexy and a little bit menacing, and that was very revolutionary.”

Benedikt Taschen puts it even more plainly: “Before The Rolling Stones, a band didn’t really give a shit about how they were photographed. Suddenly, in the early 1960s, there was this huge creative explosion. Music, fashion, art, literature, drugs and photography all began to feed off each other. Everyone worked and socialized together. Mick Jagger was David Bailey’s best man when he married Catherine Deneuve.” 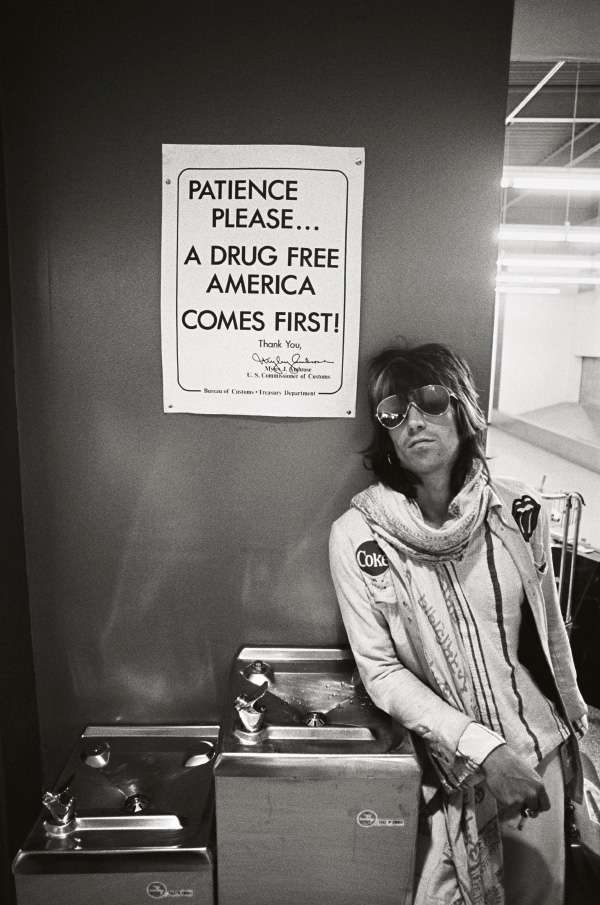 An iconic photo of Keith Richards taken in an airport during the band’s infamous 1972 North American tour. Photo © Ethan Russell

Bailey and Jagger had become acquainted when the photographer started dating the model Jean Shrimpton. “Her sister Chrissie went out with Mick,” recalls Bailey, who often drove Jagger to gigs in the Stones’ early days. The photographer showed a black-and-white portrait of the wide-eyed, pouty-lipped 19-year-old Jagger to Diana Vreeland, a champion of the unconventionally beautiful, and she published it as a full page in Vogue in 1964. “She didn’t care who he was or what he did,” Bailey remembers. “She saw something in his face that was striking and it became part of the collective consciousness. He became good looking because he was Mick Jagger.”

Bailey famously photographed Jagger swathed in pink chiffon for the Stones’ Goat’s Head Soup album cover. “I wanted him to look like Katharine Hepburn in The African Queen,” Bailey says, laughing. “I think he thought I meant Audrey Hepburn, and he didn’t want to, but Bianca told him to do it.”

Ethan Russell captured another side of the band, shooting them as they candidly went about their business on their 1969 U.S. tour, for which he served as official photographer. “It would never have occurred to me to tell them what to do,” says the Marin County–based photojournalist, whose images are also included in the book and exhibition. “And because I got to be there and I didn’t change anything in front of the camera, today, the viewer gets to be there, too, and see it the way it truly was.”

In 1972, when Russell was part of a larger Stones entourage that included several photographers, among them Annie Leibovitz, as well as novelists Truman Capote and Terry Southern and Princess Lee Radziwill, he took a classic image of Keith Richards. “We were in a special area of the airport when I spotted a sign that said ‘Patience Please…A Drug Free America Comes First!’ ” Russell relates. “It was not my normal practice to set up photographs, but this was too tempting, so I called Keith over, took two quick shots and then as I called Mick, a customs official yelled ‘Stop, or I’ll confiscate the film.’ ” Russell followed orders and produced what the San Francisco Chronicle called “one of the great rock photos of all time.”

A set of photographs David Bailey took of the band for the 1973 album Goats Head Soup. All five prints are available at the TASCHEN Gallery exhibition. Photo © David Bailey

“They changed the rulebook for how a band should behave. The Stones looked cool, sexy and a little bit menacing and that was very revolutionary.” 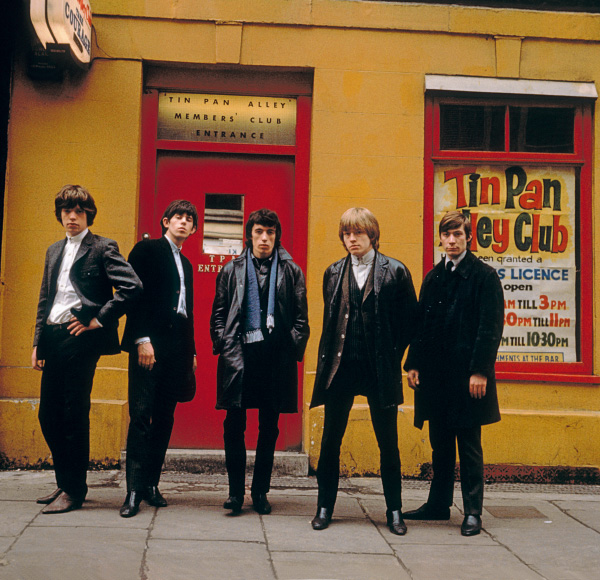 Today, Russell observes, image is the new language: “It became so when television squashed print, and now the television screen has morphed into the confetti of billions of screens and cell-phone photographs.” The triumph of the Rolling Stones, he believes, “is that they have managed for more than fifty years to look so arresting that they demand to be noticed. It was true when they were young, and it’s true now, and this book is certainly a testament to that.”

Bringing the book to life has been Benedikt Taschen’s passion project. “There simply is no other rock band on the planet as photogenic as the Rolling Stones,” explains the publisher, who is considering putting the Stones exhibition and future shows being developed for TASCHEN Gallery on tour. “Their impact on our visual culture, fashion and both low and high society has been unprecedented. At some point everyone has either wanted to be in the band or to hang out with them.” And the book and the photo exhibition give viewers an all-access pass. “You can trace how the Stones developed and changed as a band, but also as individuals: How they grew up, got crazy famous,” Taschen marvels. “Less accessible in some ways and more wise, but always retaining that cool factor and mystique.”

Purchase this book on 1stdibs