Achille Salvagni Creates Forms as Bold as His Namesake 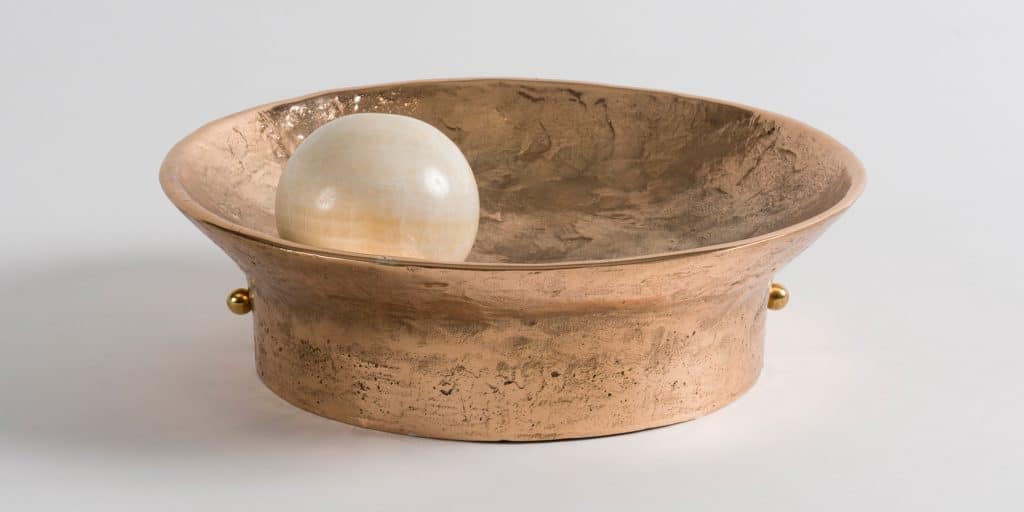 The architect and interior designer doesn't follow trends, which is reflected in his timeless, singular collection of furniture and lighting. 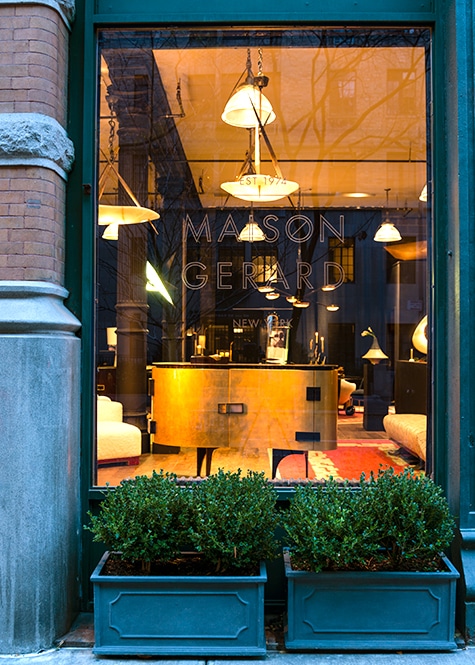 The detailing of Achille Salvagni’s furniture and lighting is so precise that one can’t help but ask: Isn’t it hard, in 2017, to find people to do this kind of work?

“Not in Rome,” answers Salvagni, who was born and raised in the Eternal City and seems tied to its history. As an architect and interior designer, he found himself working with the kind of artisans you’d call, he says, “when a Borromini piece has problems.” By which he means people responsible for restoring and maintaining the ornate interiors of Roman (and Vatican) palaces. Some of them rely on techniques passed down within their families over centuries.

Ever curious, Salvagni began looking for ways to use those skills in the creation of new furniture and lighting. The pieces he came up with, made of precious woods, metals and gem-quality stones, show influences of modernism — there are traces of Isamu Noguchi and Giò Ponti — but they would be hard to date to one period. “I’m not following any trend,” says Salvagni. Typical is a table with a bronze top suggesting the shield of Achilles, a play on its creator’s first name. The table’s muscular legs, he points out, could be from the centaur Chiron, who raised Achilles. “Many of my pieces have a narrative,” he says.

Salvagni had his first show at Maison Gerard, the nonpareil Manhattan gallery, in 2013. The collection was a hit; interior designers like Amy Lau, Victoria Hagan and Jamie Drake bought pieces on behalf of clients. Drake says the Salvagni furniture and lighting that he purchased are “monumental, yet there’s a lightness to them,” in part because of their studied asymmetry. He says that Salvagni is one of a small number of contemporary designers — Hervé Van der Straeten is another — whose work is sumptuous enough to attract wealthy collectors who might otherwise turn to antiques. 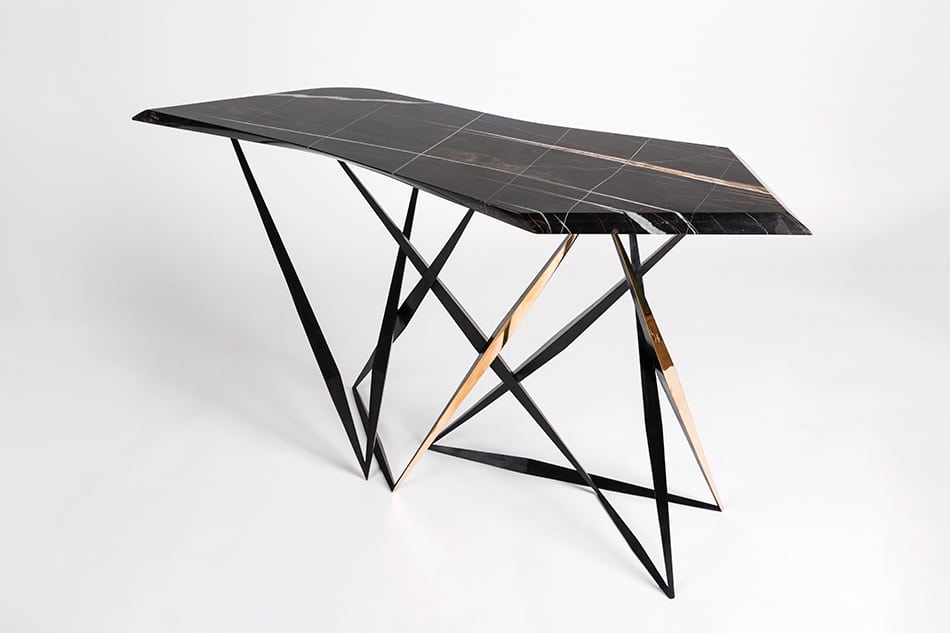 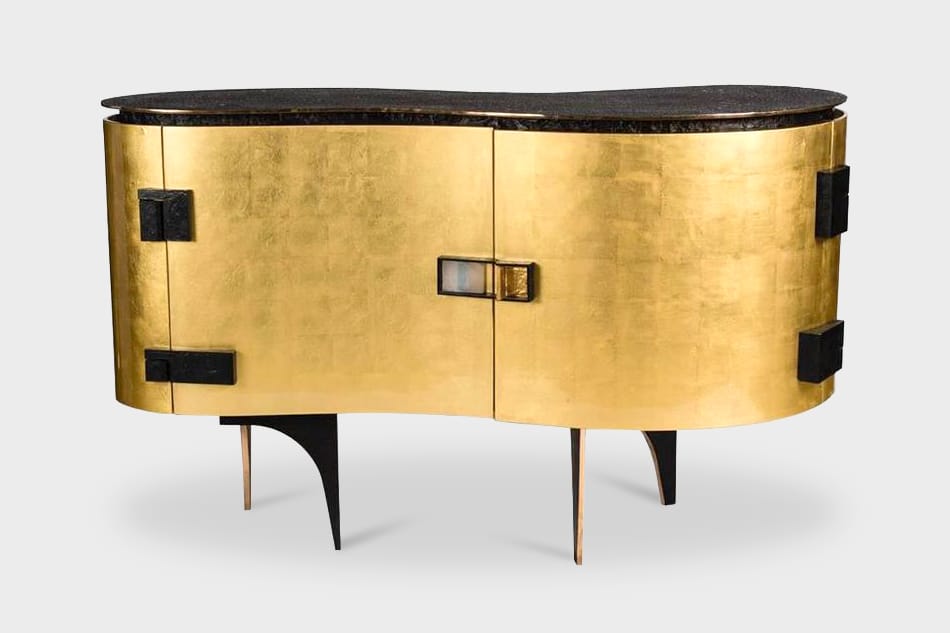 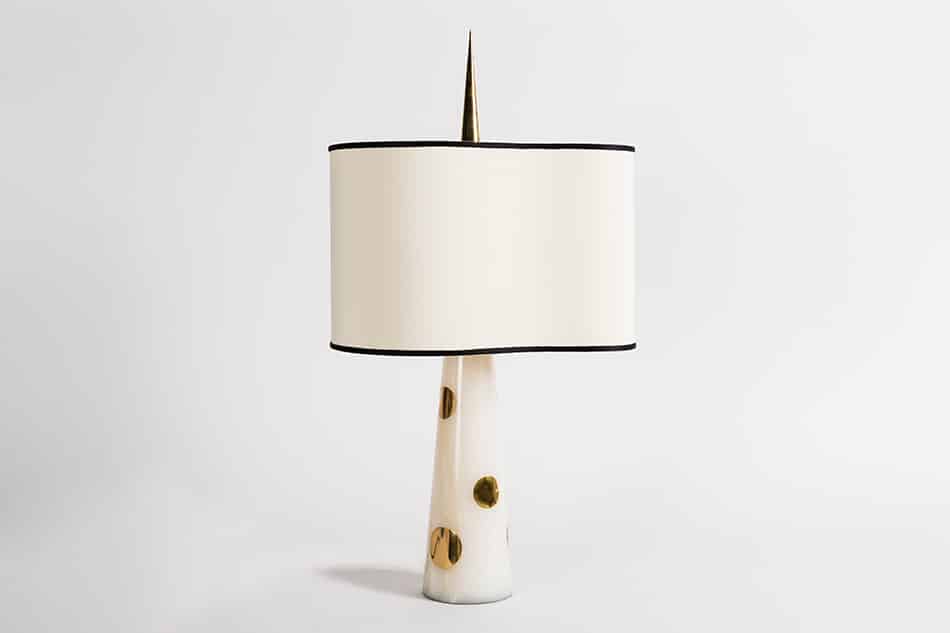 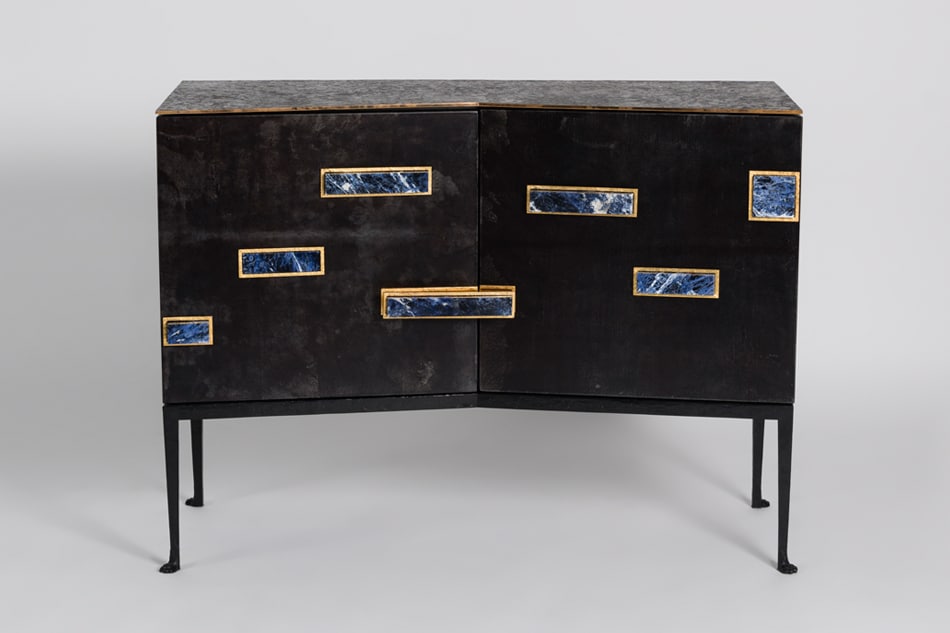 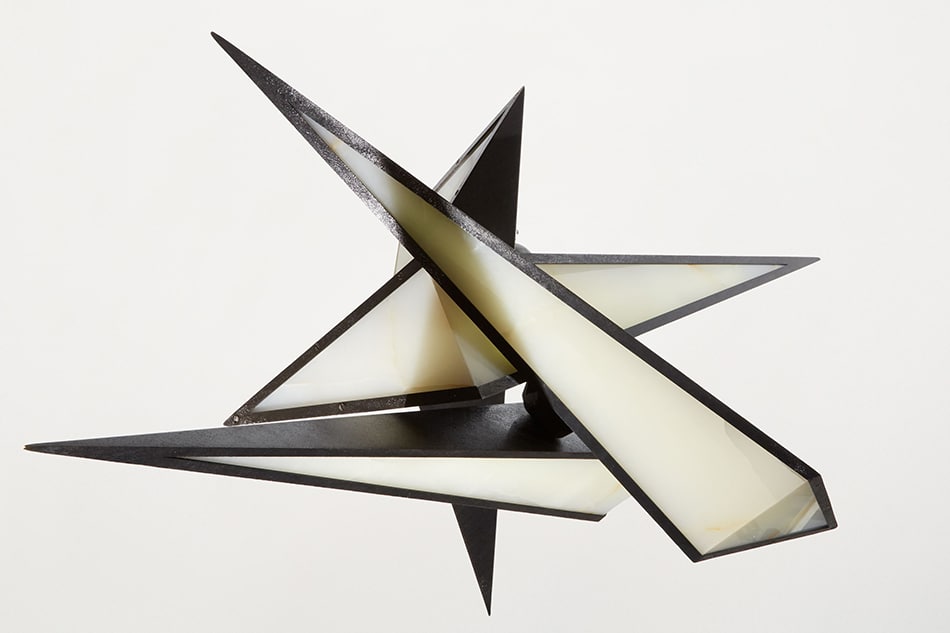 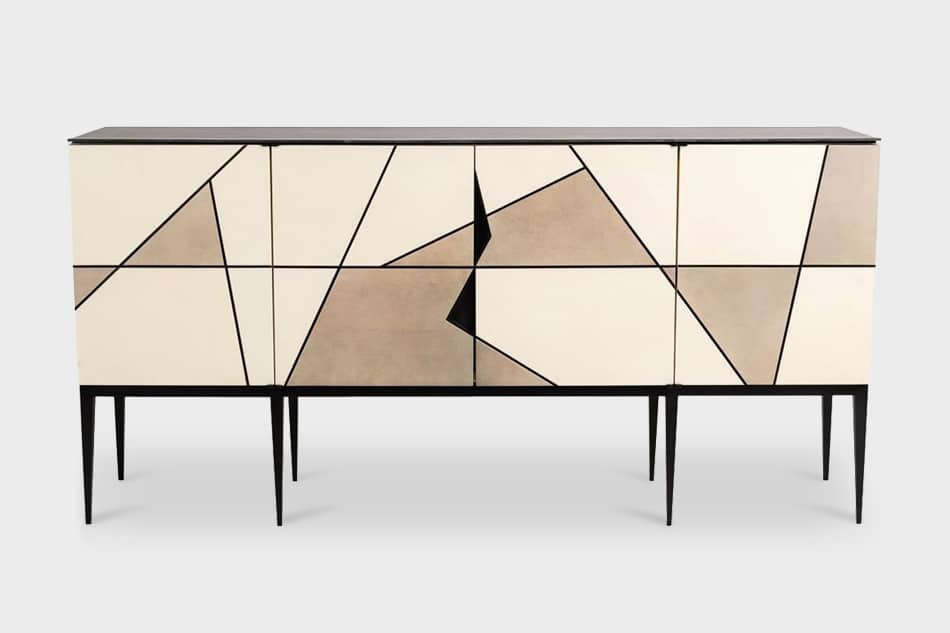 Now, the symbiosis between Salvagni and Maison Gerard’s Benoist F. Drut continues with a new crop of one-of-a-kind and limited-edition works. “Achille Salvagni: Five Years of Creation,” is at the gallery through January 31, 2018. On a recent afternoon, Drut, in work clothes, was helping to install the show while Salvagni described some of the pieces. The designer spoke softly — ”I don’t like to be the center of attention” — while moving among his creations. One is a gently curved cabinet made of wood, parchment, cast bronze and 24-carat gold. It is inset with seven rectangles of pale blue lapis, representing the seven hills of Rome, says Salvagni, who named the piece Palatino after the most prominent of these hills. Sweeping by, Drut pulls off one of the lapis inlays, which, it turns out, can be substituted with green onyx ones. “Your furniture should match your jewelry,” quips Drut, before carefully replacing the precious rectangle. 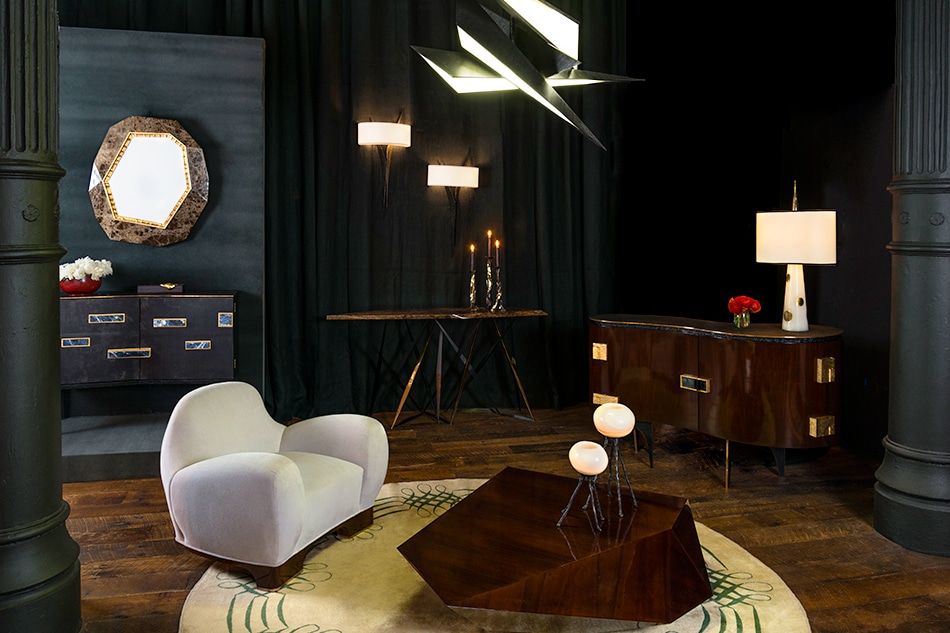 This installation at Maison Gerard displays Salvagni’s Elena chandelier, Tato armchair and Nemo table lamp. A marble and bronze Lucy mirror and bronze You sconces are mounted on the walls. 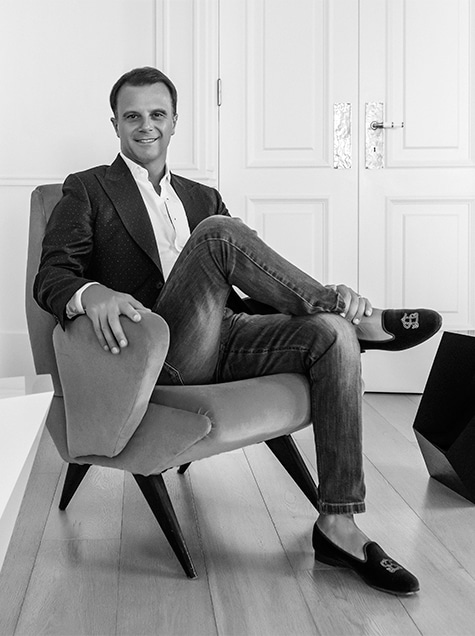 Salvagni taps artisans and craftspeople in his native Rome to help fabricate his furniture and lighting pieces. Portrait by Paolo Petrignani

Standing nearby is a table lamp. It has a double-layered bulbous silk shade shaped vaguely like a Japanese pumpkin, which Salvagni designed, he says, to take advantage of the particular skills of the woman who sewed it. In her 80s, she spends more than a month stitching each one.

Hanging overhead is a chandelier consisting of six angular torches of cast and burnished bronze with hand-carved onyx insets. The fixture looks like something conceived by Zaha Hadid, but its origin is far more ancient. Visiting Rome’s Basilica di Santa Croce in Gerusalemme with his children, Salvagni was struck by the shape of a relic — a nail believed to have been used in the crucifixion. He named the piece, which repeats that shape, Elena, for St. Helena, the mother of the Emperor Constantine, who recovered the nail from Jerusalem.

Salvagni is busy as an architect, with two townhouse projects in Manhattan and a ground-up house in Miami. His 15-year-old firm, Achille Salvagni Architetti, now has a small New York office, and he’ll be back in January to present an Upper East Side renovation scheme to the city’s Landmarks Preservation Commission.

Salvagni is sure to be a hit with the commission, not just because of his astonishing command of history but also for his modest demeanor and subtle sense of humor. Returning to the shield-shaped table, he points to veins of 24-carat gold running across its surface. To give the clay mold used to cast it the correct texture, he explains, “I didn’t have tools, so I used pasta. Here, I rolled rigatoni over the clay,” he says. “And here I used fusilli.”