Alex Papachristidis Ushers In a New Age of Elegance 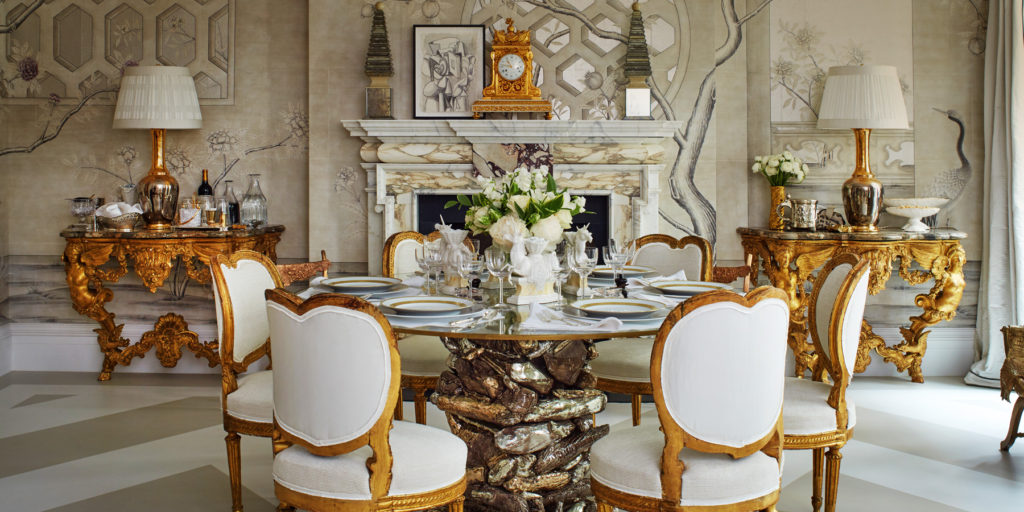 The rooms this beauty-obsessed New York designer creates for his high-flying clients are as easy to live in as they are lovely to look at. 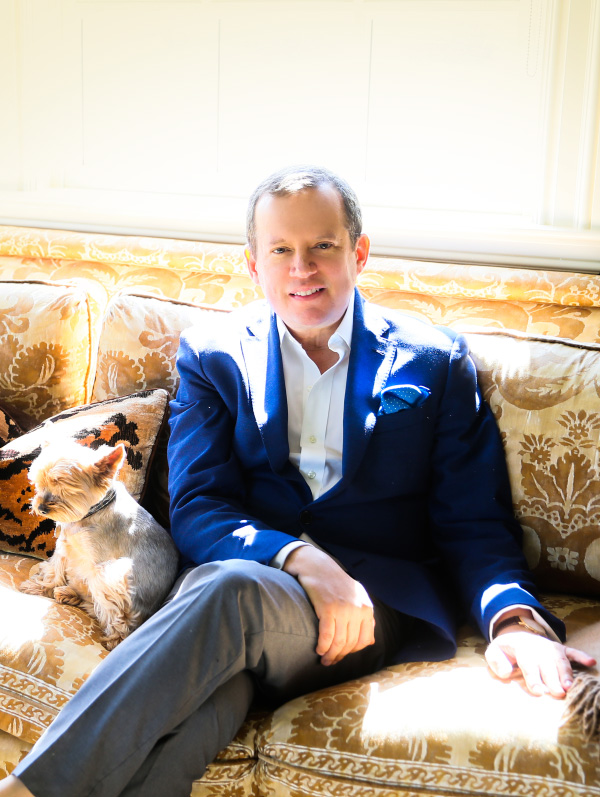 His clients may be high-flying and the spaces he designs ultra-luxe, but New York–based Alex Papachristidis — seated on a Fortuny-covered sofa in his country home in New York’s Hamptons — remains decidedly down-to-earth (photo by Donna Newman). Top: Papachristidis’s dining room for the 2016 Kips Bay Decorator Show House in Manhattan featured an Eve Kaplan table from Gerald Bland and giltwood consoles once belonging to Mona von Bismarck. Photo by Phillip Ennis

For someone whose work exudes luxury and chic, the New York designer Alex Papachristidis is decidedly down-to-earth. He calls everyone, from his clients to his housekeeper, “darling” and “sweetheart.” Family, friends, civility and beauty are the gods in his personal pantheon. Although his clientele tends toward the extremely, if discreetly, wealthy, Papachristidis has no airs whatsoever, and his pronouncements are heartfelt and practical; he really wants you to live a beautiful life.

In the foreword to his 2012 book, The Age of Elegance: Interiors by Alex Papachristidis (Rizzoli), Mario Buatta wrote of the designer: “Besides being talented, he is a gentleman who exudes warmth and caring. He comes from a big, friendly family, and that shows in his work suggesting the great English country houses that get their character from being family homes passed down through generations. If I weren’t a decorator myself, I would hire him.”

In any conversation about decorating, whether it concerns a client’s home or his own (a high-rise apartment on New York’s Upper East Side that’s filled with color, pattern, art and objects precious to him and his partner, Scott Nelson), Papachristidis seems to take it as a given that the rooms he designs will look beautiful — that is, after all, his job.

But what is just as important to him is how rooms and objects are used. He wants them to be easy to live in and with. Quoting his late mother — an elegant, sophisticated and well-traveled woman who was a formative influence on her son — he says, “Wear your beautiful clothes, eat off your beautiful dishes. I always tell my clients, it’s called a living room, not a Do Not Enter room. I always put a landline in a living room, or a games table. Don’t make a room without a purpose.

“For Kips Bay this year,” he adds, referring to the decorator showhouse mounted annually in New York, “I designed a dining room that had a telephone and a sofa.” In the same spirit of flexibility, Papachristidis prefers buffets to seated dinners. “That way, if someone wants to bring a last-minute guest, the answer is always yes. My mother said that a host should never say no.”

In the library and sitting room of an apartment designed for a Manhattan bachelor, a Regency mirror — flanked by the client’s own hunting trophies — hangs over a sofa upholstered in velvet and pieces of Braquenié fabric. The custom tiger-striped carpet is by Stark. All photos in this slideshow by Pieter Estersohn 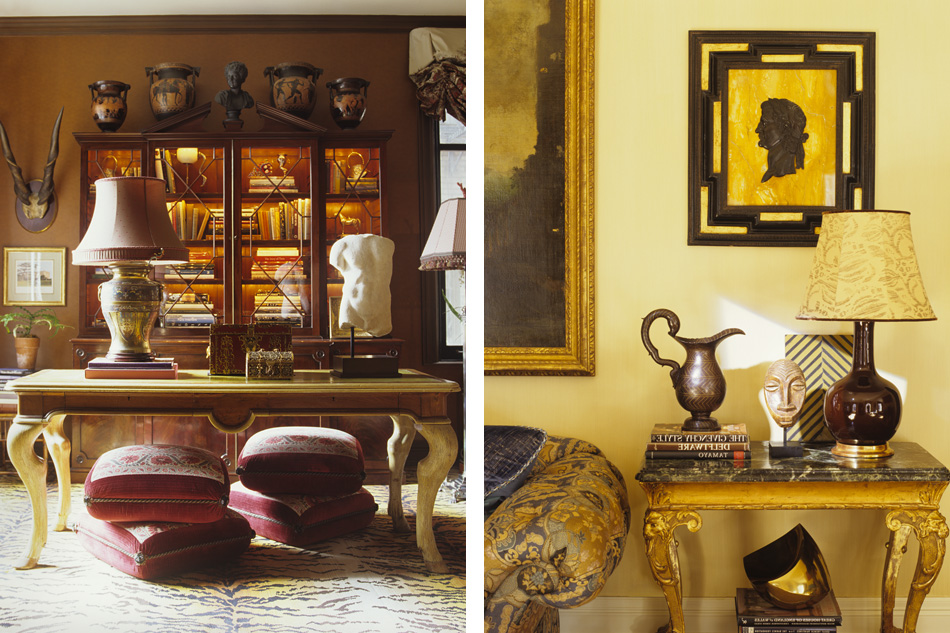 Left: Elsewhere in the library and sitting room, a center table purchased from the estate of fashion designer Bill Blass stands in front of a Georgian bookcase topped with a collection of grand tour Greek vases. Right: In the home’s living room, a lamp from Gerald Bland sits on a giltwood console used as a side table. 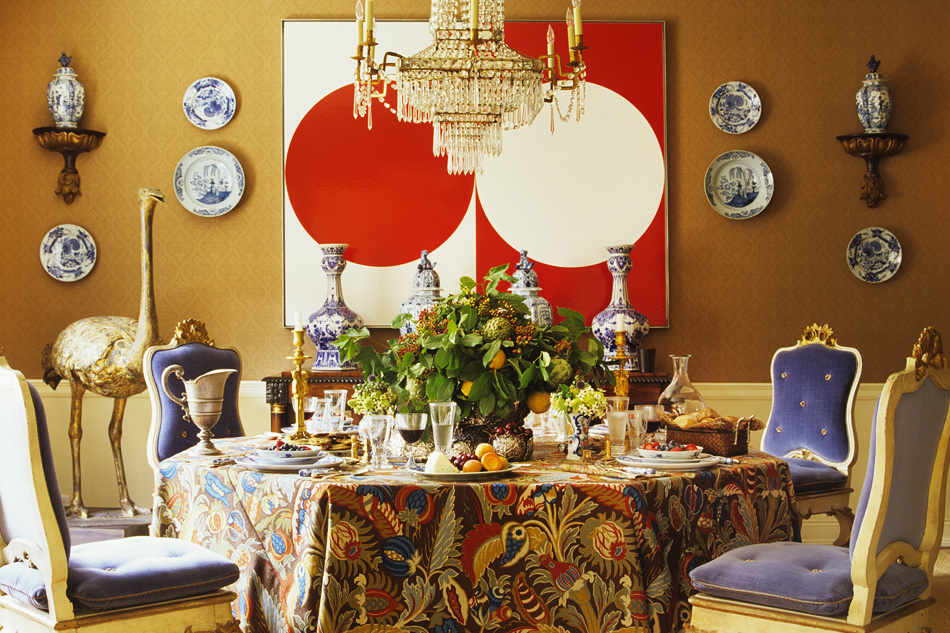 A set of Venetian chairs upholstered in cotton-striae velvet surround the table in the home’s dining room. The crystal Maison Jansen chandelier came from Newel, and the painting is by Alex Liberman. 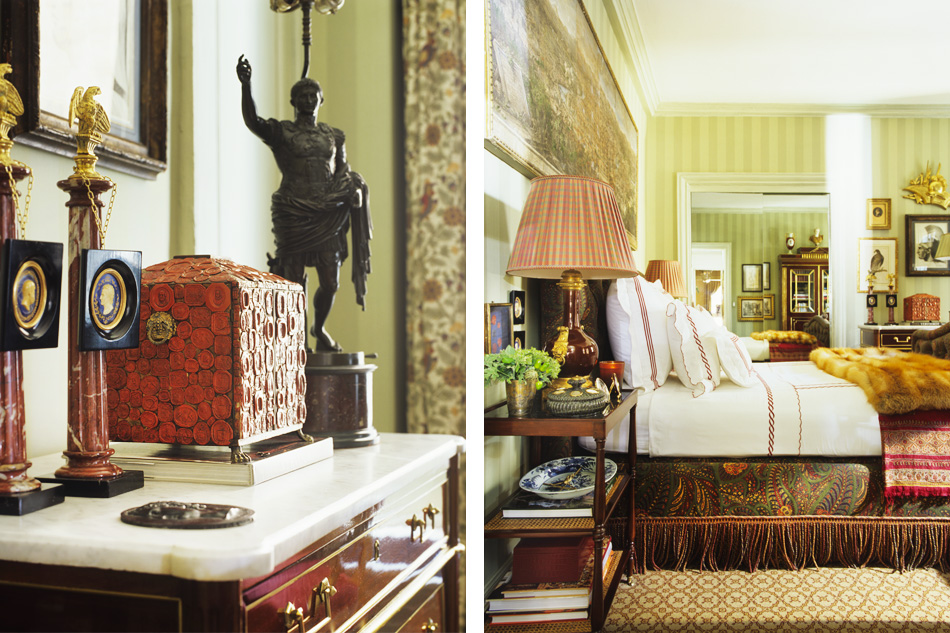 Left: More grand tour artifacts and collectibles cover a French chest of drawers from H.M. Luther. Right: A cozy warmth pervades the client’s bedroom, outfitted with custom sheets from Schweitzer and a fox throw at the foot of the bed, whose head- and footboard Papachristidis had upholstered in cotton paisley. 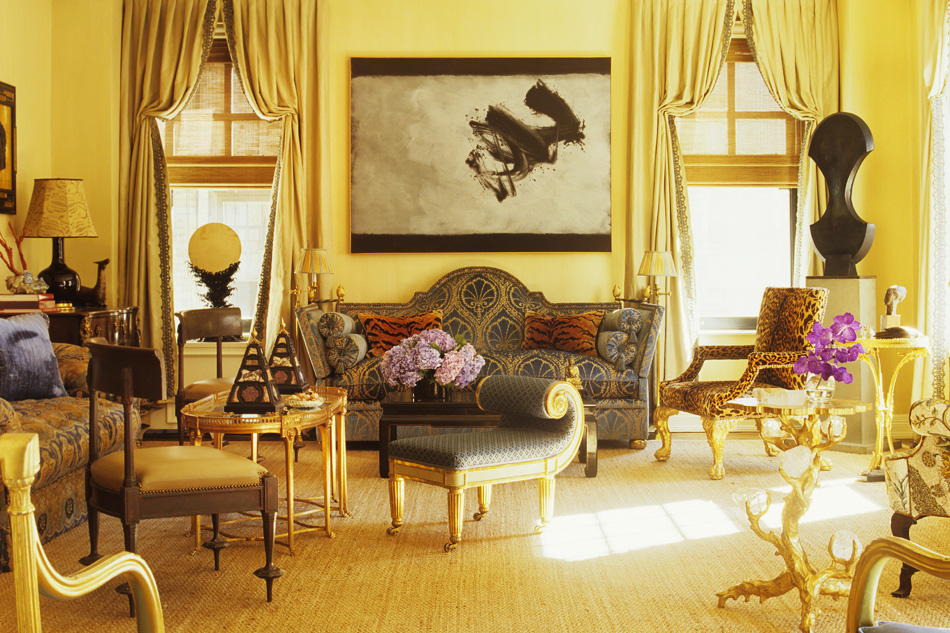 The heady mix in the living room includes an abstract painting by Cleve Gray, a cut-velvet Venetian sofa, a giltwood Georgian chair covered in a leopard print, a bronze sculpture by Beverly Pepper and a sisal carpet from Stark. 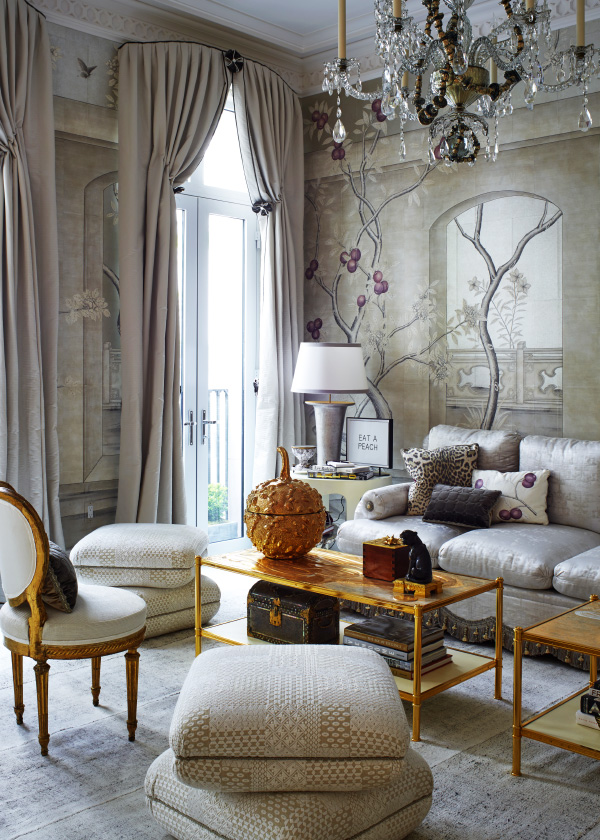 Papachristidis borrowed the silver, white, gold and plum color scheme for the Kips Bay space from two other projects he’d recently completed. The pair of Tony Victoria coffee tables have as their tops panels by artist Nancy Lorenz, and the 18th-century Georgian chandelier, from Gerald Bland, is strung with modern beads by ceramicist Eve Kaplan. Photo by Phillip Ennis

Papachristidis thinks a decorator should listen to his clients. Indeed, the uncharacteristically restrained palette of his glamorous room at Kips Bay — white and silver with gold and plum accents — was inspired by the color scheme requested by clients on two recent projects. One, a house in the Hamptons, is done predominantly in white, cream, gold and silver, with shimmering touches like ceramist Eve Kaplan’s gilded take on an 18th-century Dutch chandelier and silver and white De Gournay wallpaper in one of the bedrooms.

The second project, a Park Avenue apartment with white walls and gray-stained wood floors, is filled with objects like gilt François-Xavier Lalanne fish and dog pieces, a brass and marble coffee table by Los Angeles designer Brian Thoreen, another coffee table — this one with a cast-aluminum top — by Belgian designer Ado Chale, a vintage rock crystal chandelier from Liz O’Brien and a stainless-steel chair by Maria Pergay. “Even though I’m a color person,” Papachristidis says, “if two of my biggest clients, who are each totally different, both wanted silver and gold, it had to be relevant.”

If he’s flexible with regard to color, however, it’s the bones of a space that are non-negotiable. “Whatever you do with decoration,” he maintains, “I believe that the architecture and backdrop should be classical, simple and beautifully proportioned — a backdrop for any kind of decorating. Your architecture should last after you move out. It’s not just about ‘you’ and ‘now.’ ” He feels the same way about furniture. “I love eighteenth-century shapes,” he says. “It’s when the most beautiful furniture was made. Even in modern rooms, the proportion and scale of eighteenth-century interiors is my goal. Suitability feels timeless, and always relevant. Good decorating should only be redone because you want to, not because it looks dated and you have to. Always changing things is an American sensibility, not a European one. I’m very much of the European school. When my sister sold her Park Avenue apartment, we kept her furniture for our country house. We even reused the P.E. Guerin custom bronze curtain poles — we weren’t going to throw those away.

“When something is of a certain quality, you should reuse it,” Papachristidis continues. “My mother’s guéridons are in our living room in the city. And there’s a lot of furniture from my old apartment; a gilt bamboo coffee table from John Rosselli now sits in my library.”

“Good decorating should only be redone because you want to, not because it looks dated and you have to. Always changing things is an American sensibility, not a European one.” 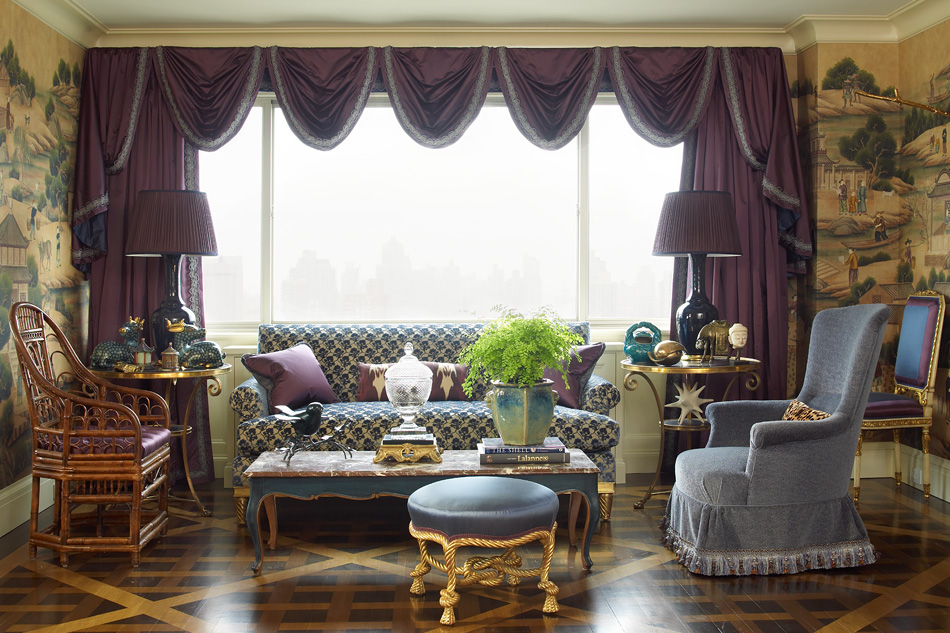 In the living room of Papachristidis’s own apartment on New York’s Upper East Side, his Alex lamps, made by Christopher Spitzmiller, sit on either side of the sofa, atop his mother’s antique guéridons. All photos in this slideshow by Tria Giovan 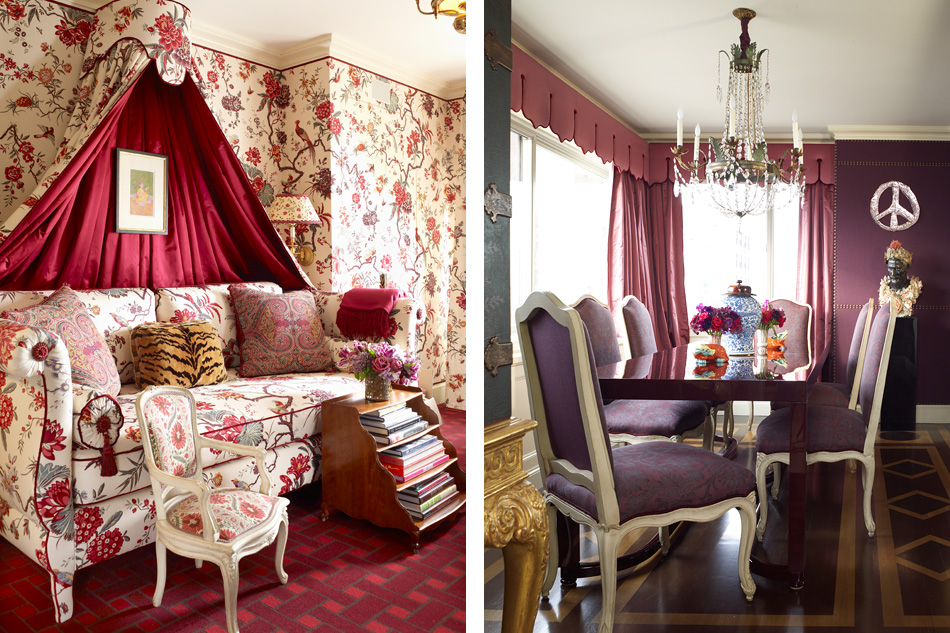 Left: Papachristidis decked the dressing room of his apartment in a floral print from Manuel Canovas; an 18th-century miniature chair serves as a step stool for his dog, Teddy. Right: Chairs by J. Robert Scott circle the dining room table, above which hangs a 19th-century chandelier.

In the master bedroom, sheets by Leontine Linens cover the bed, which is flanked by another pair of Spitzmiller lamps. The chairs are upholstered with Fortuny fabric. 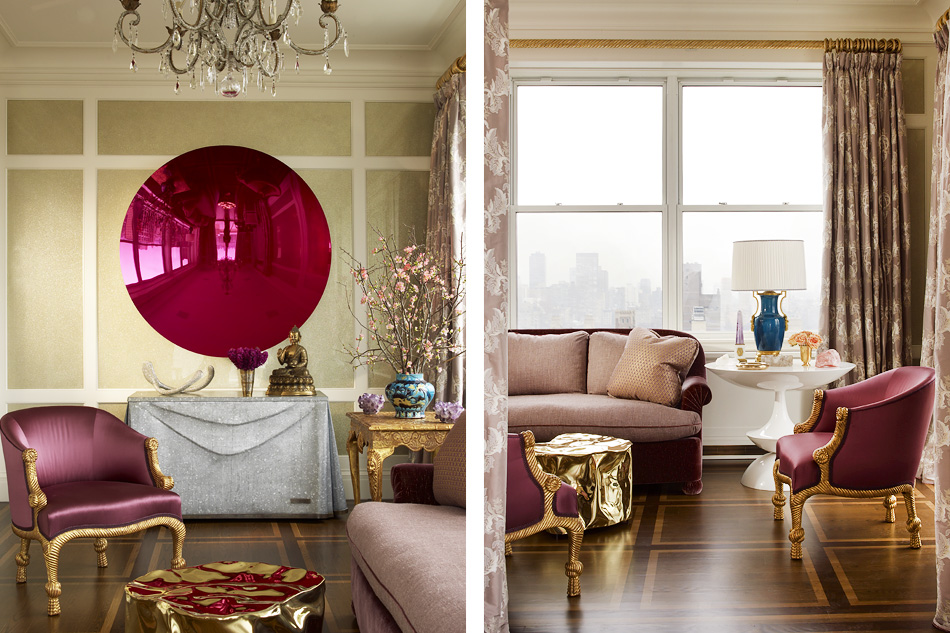 Left: In an Upper East Side penthouse that Papachristidis designed for clients with architects Fairfax & Sammons, a piece by Anish Kapoor hangs over a John Dickinson console from Liz O’Brien; the gilt-rope chair comes from Guinevere Antiques, and the crystal beaded chandelier from H.M. Luther. Right: The apartment’s sitting room includes a 19th-century turquoise ormolu table lamp from Objets Plus and a Nanna Ditzel side table. 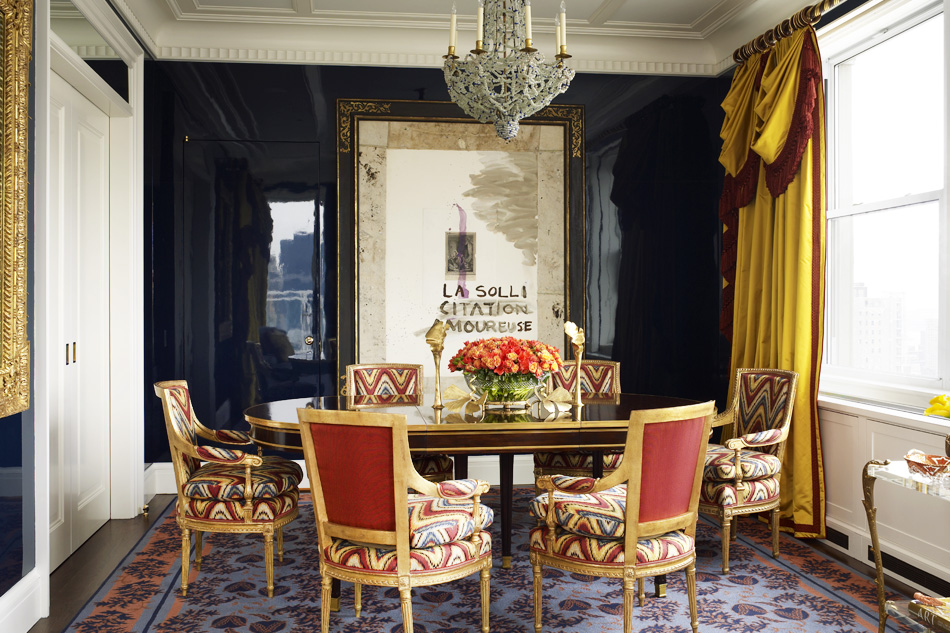 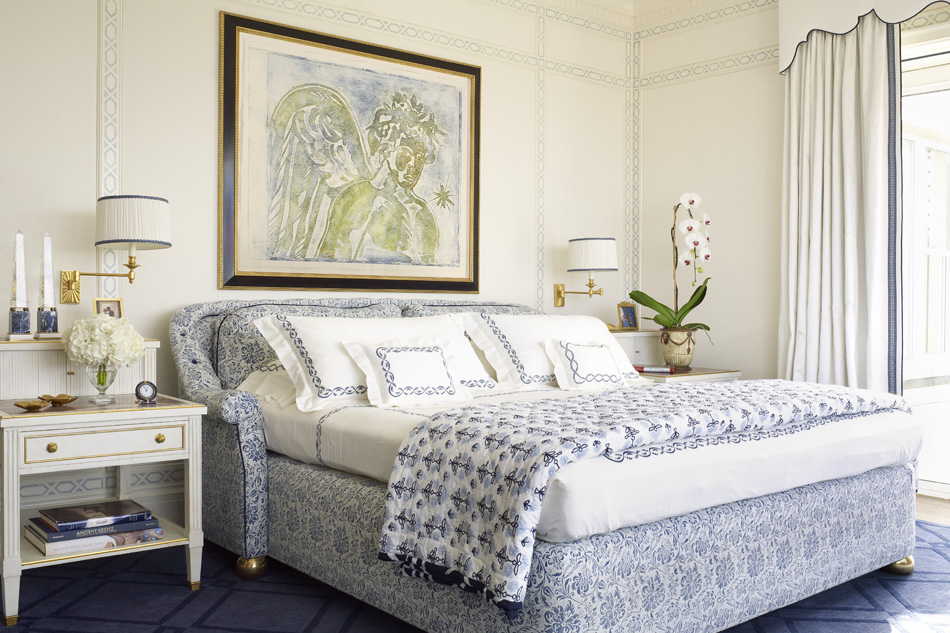 An Igor Mitoraj painting hangs over the Fortuny-upholstered headboard in the penthouse’s master bedroom. The side table is from Frederick P. Victoria & Sons.

An eagle console table in a boiserie-covered room is made all the more dramatic by the addition of a ceramic lamp from Objets Plus with a custom shade from Blanche Field. Photo by Phillip Ennis

Talking about cherishing things of quality leads Papachristidis to the subject of vintage and antique furnishings —  in particular, a Maison Jansen secretaire in his living room. With its herringbone-pattern inlaid wood, marble top and gilt-bronze mountings, tabouret doors, secret compartments and lower-level bookshelves, the piece is one of the designer’s favorite possessions. He first saw it “years ago” at an antiques center for $12,500; when it popped up again at auction last year for $1,750, Papachristidis pounced. “This is a great time to buy antiques,” he notes drily, and not without chagrin at the fact that fewer people are buying them. “Antiques are evergreen and great quality,” he declares. “This is by Maison Jansen!”

He becomes similarly rhapsodic over a carved-wood camel table from Syria that he bought from an antiques shop on Lafayette Street in his early days as a designer, taking as much money as he could out of the cash machine every day until he had the purchase price in hand. “I find it hard to part with things that have a story,” he says.

His obsession with beauty — and his almost missionary zeal for sharing it with others — lead him back to this year’s Kips Bay room, his fourth for the charity. As he explains, “The great thing about Kips Bay, or any showcase house, is that everyone can experience great design. I can say to people, ‘Go ahead, sit on that Lalanne bench.’ Or, ‘Look at those Le Brun–influenced consoles that were Mona von Bismarck’s.’ The most rewarding part of what we do is that people get pleasure out of our environments.”

“I always love a bit of bamboo in a room. It brings high style and mixes well with many periods.” 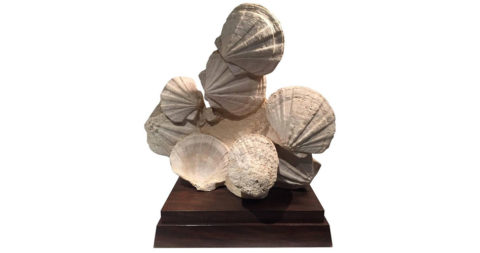 “This is an unusual accessory, created by nature and from one of my favorite shops in New York.”

“One of my favorite artists. I can’t buy enough of her things. She makes incredible custom work.” 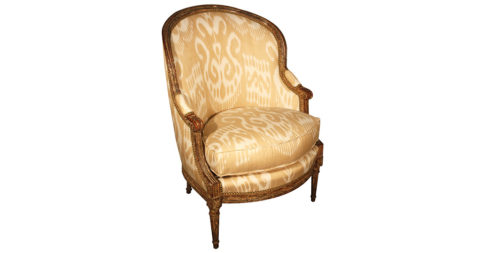 “I adore French furniture in a contemporary ikat fabric. It is fresh, stylish and chic.” 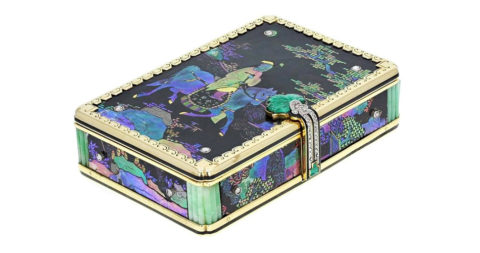 “An amazing accessory for any table top. It reminds me of glamorous times.” 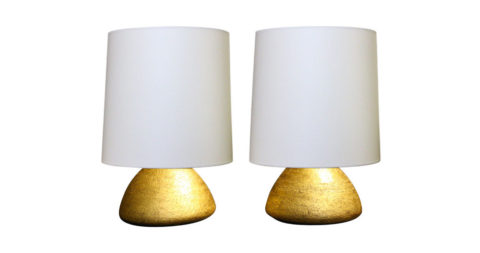 “Koeppel is another one of my favorite artists. I use her pieces all the time, as they mix well with antiques.” 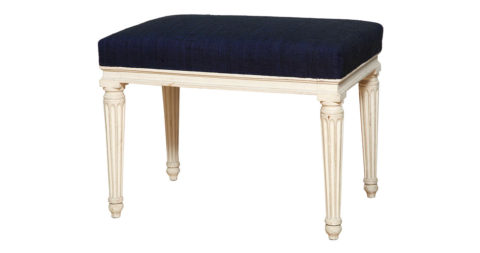 “Once owned by legendary style icon Bunny Mellon, this piece shows the divine taste of Louis Bofferding. You really can never have enough pull-up furniture.” 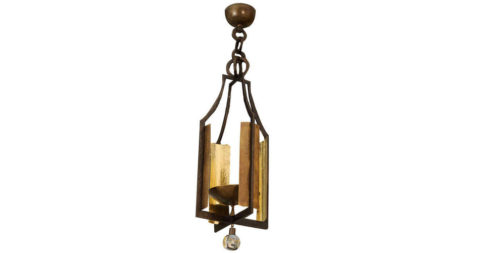 “This is a sculptural and monumental work. I adore this fixture.” 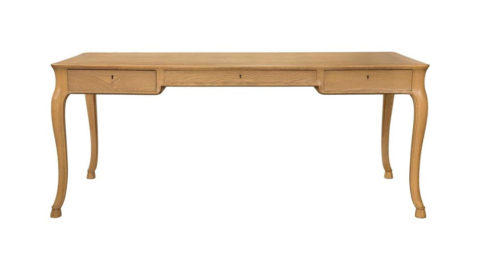 “I love a desk in a living room. This one has a beautiful light-colored wood and comes from a great dealer.”