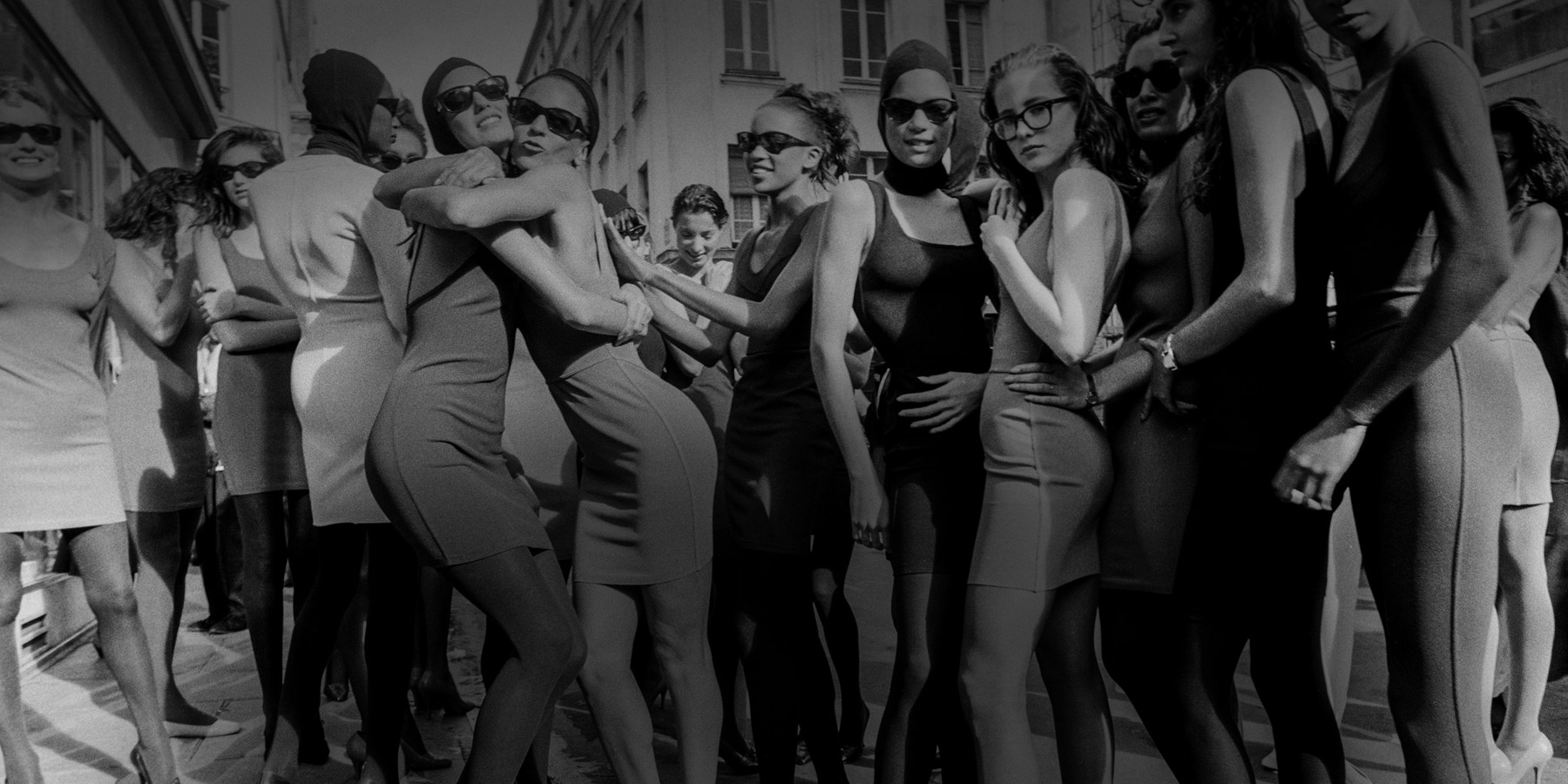 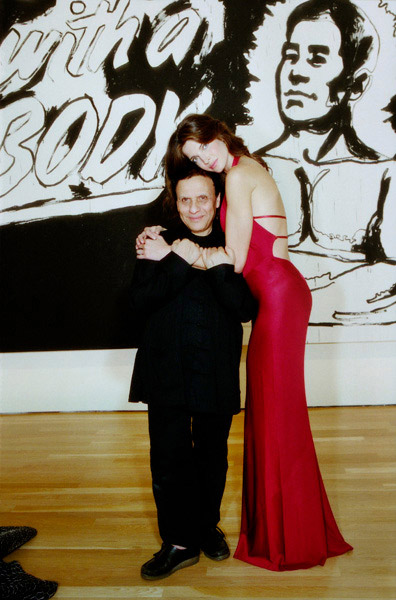 February 6, 2013The Paris-based Azzedine Alaïa made his name designing body-con fashions for the likes of Stephanie Seymour, his longtime friend and muse.

The eighties belonged to Alaia,” trumpeted The Independent in 1994, 14 years after the Paris-based Tunisian “burst” onto the scene with his first tough-chic ready-to-wear collection. It’s a sentiment held by many, one formed, in part, by the dramatic images of the designer’s work taken during the Reagan years, when photographers including Jean-Paul Goude and Richard Avedon depicted hard-bodied glamazons such as Stephanie Seymour and Naomi Campbell cavorting in second-skin Alaïa getups.

Yet three decades on, his label still claims passionate devotees, among them First Lady Michelle Obama, as well as actress Diane Kruger and style-setters Carine Roitfeld and Carla Sozzani. While the look has evolved over the years, one can still speak of Alaïa’s work as classic, akin to ancient Greek statuary: Both fetishize the human form. His creations can also, in fashion-speak, be called timeless — blind to trend and ever true to the designer’s singular vision.

And now, 1stdibs dealer Jennifer Kobrin is presenting the opportunity to own a piece of this highly original, curve-hugging fashion history: an exclusive Alaïa capsule sale full of rare, iconic designs from across the decades. (Click here to shop the collection.)

When the press discovered Alaïa, he had been living in the City of Light for more than 20 years, working for several fashion houses, creating costumes for the famed Crazy Horse cabaret performers and dressing private customers culled from the nobility and the arts. (Louise de Vilmorin, the heiress-novelist was a client, as were actresses Arletty and Greta Garbo.) But his 1980 prêt-à-porter collection made his work available to many women and represented his transition from private dressmaker to full-fledged designer.

Alaïa’s vision of strong, statuesque women resonated with the get-ahead “greed is good” ethos of that time, an era in which power, rather than romanticism, was ascendant. (Exhibit A: The slick-haired, red-lipped, Alaïa-clad Amazonian back-up musicians in Robert Palmer’s “Addicted to Love” video.) His clothes, which celebrate the body beautiful, were perfectly calibrated for an era obsessed with fitness. Moreover, Alaïa offered a total look — from high, high heel to tilted beret — that represented an exciting change from the separates-focused wardrobe of the 1970s. He also turned the concept of power dressing on its head: Alaïa’s “body-conscious clothes,” wrote fashion critic Suzy Menkes in 1991, “seemed a deliberate challenge — throwing down a sexist gauntlet in a feminist world.” 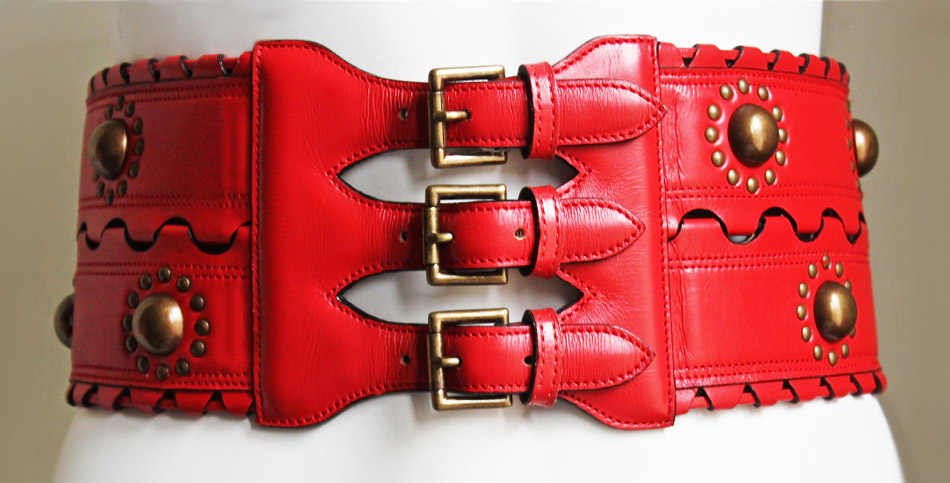 This red leather corset-belt with brass studs, 1993, was a signature of Michelle Obama’s throughout the 2008 and 2012 presidential campaigns. 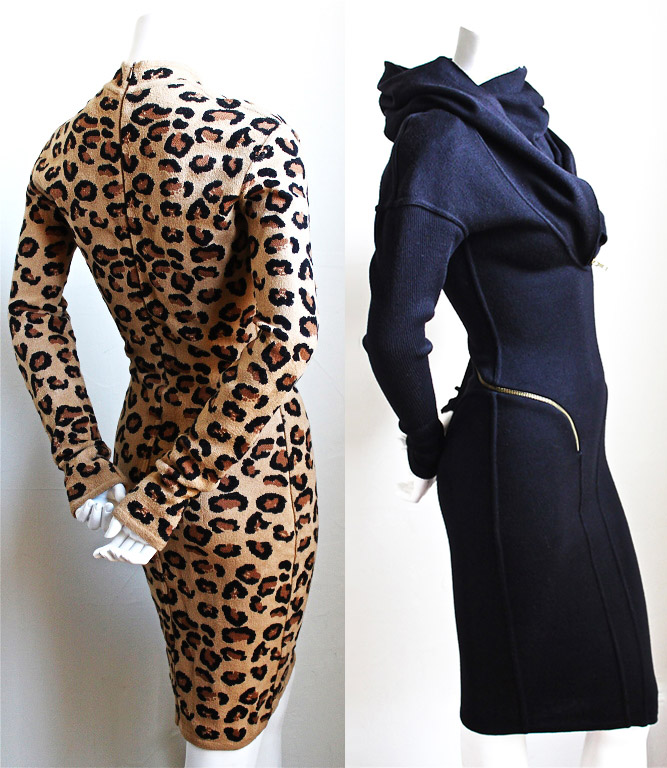 Left: a form-fitting leopard dress 1991-92 Right: A hooded black dress with zippers and an asymmetrical seam,1986, is on offer as part of 1stdibs’ exclusive Alaïa capsule collection sale.

Strong-shouldered, menswear-inspired “dress for success” suits were never Alaïa’s forte, and although his clingy fit had pin-up qualities, the attitude it evoked (as in a photograph of model Farida Khelfa holding the not-tall designer aloft) was of a dynamic femininity.

Alaïa’s fit has always been empowering, his craftsmanship superb, and his clothing exudes the bewitching, particular allure of the French coquette. At the same time his pieces command attention. “Alaïa respects and sublimates femininity in its maximum expression,” explains the designer’s friend, the model/muse-turned-designer Olatz Schnabel. “He makes women look and feel incredible. Everybody respects him in the fashion industry, and we women adore him.”

Alaïa is the rare designer who can construct a garment from scratch: He trained for a time as a sculptor and collects and studies the works of past haute couture masters including Cristóbal Balenciaga and Madeleine Vionnet. From the beginning, he’s positioned himself as an outlier and set up his own court where craft remains king. (In 2011, he famously derided Chanel creative director Karl Lagerfeld, saying he’s “never touched a pair of scissors in his life.”)

Alaïa rejects the fashion system, showing if he wants to and delivering when he is ready, a practice that would be the ruin of almost any other designer. “Basically I don’t give a damn when [Alaïa’s delivery] comes as long as it does,” Barney’s co-president Gene Pressman told The New Yorker in 1994. “Whenever it arrives, I’ll take it because he doesn’t make mistakes. He makes classics.”

Alaïa’s clothes might give women more curves than a Formula One race course, but the designer, the turtle to fashion’s hare, is a leading proponent of slow fashion — and not just in terms of his well-known disregard for calendars and clocks.

Slow fashion, by definition, eschews fads in favor of the refinement of a few ideas. Obsessed with the female form and fit, Alaïa’s main focus has always been on fabric technology and construction techniques, like Vionnet’s clinging bias cut. Form, rather than embellishment, is Alaïa’s interest — though he has a known penchant for animal prints. His preferred silhouettes today, as they were back in 1980, are the waist-centric hourglass and the fit-and-flare. They are sexy, yes, but not in a cartoonish sense — one doesn’t feel like he’s designing for Jessica Rabbit. Rather, as with the vivid illustrations of Antonio Lopez (who drew from real models), one has a sense that the body to Alaïa is both a dynamic and a plastic entity. Like skin, the clothes breathe. 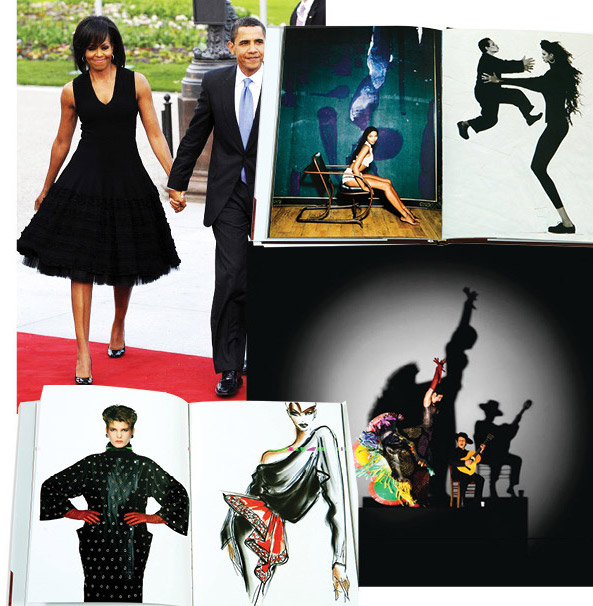 Clockwise from top left: Michelle Obama arrives in Alaïa at the 2009 NATO summit (Getty Images); a seated Naomi Campbell and Alaïa with model Farida Khelfa, shot by Jean-Paul Goude in 1987 (from Assouline’s Alaïa); Azzedine Alaia, Paris, 1998, by Jean-Paul Goude (offered by Hasted Kraeutler); Alaïa’s iconic leather tunic and a drawing by Thierry Perez, both from 1981 (from Assouline’s Alaïa).

They also protect and caress. Barneys creative ambassador Simon Doonan has described Alaïa’s early clothes as “the glamorous version of punk.” And it’s true that the designer’s first success was with a tough-chic aesthetic, yet when poring over images of Alaïa’s work, what becomes evident is not only body-consciousness but romance, too. High, fitted waists and wide, girding corselets offer more than protection: They embrace a woman’s figure, both literally and figuratively (pun intended). The full-skirted looks, with their flirtatious ruffles, have something of the tutu, a sense of play about them. Often the most overtly come-hither aspect of an Alaïa get-up are his shoes, catnip to heel lovers, which dot the exclamation point of a body-conscious silhouette, not to mention a headline-making career.

1stdibs vintage fashion dealer Jennifer Kobrin has collected Alaïa for many years from numerous sources in America and Europe. Now she presents these designs for her Alaïa capsule sale, exclusively on 1stdibs. “No one can mistake an Alaïa,” Kobrin says. “His complex construction always flatters the female form with simple silhouettes.”