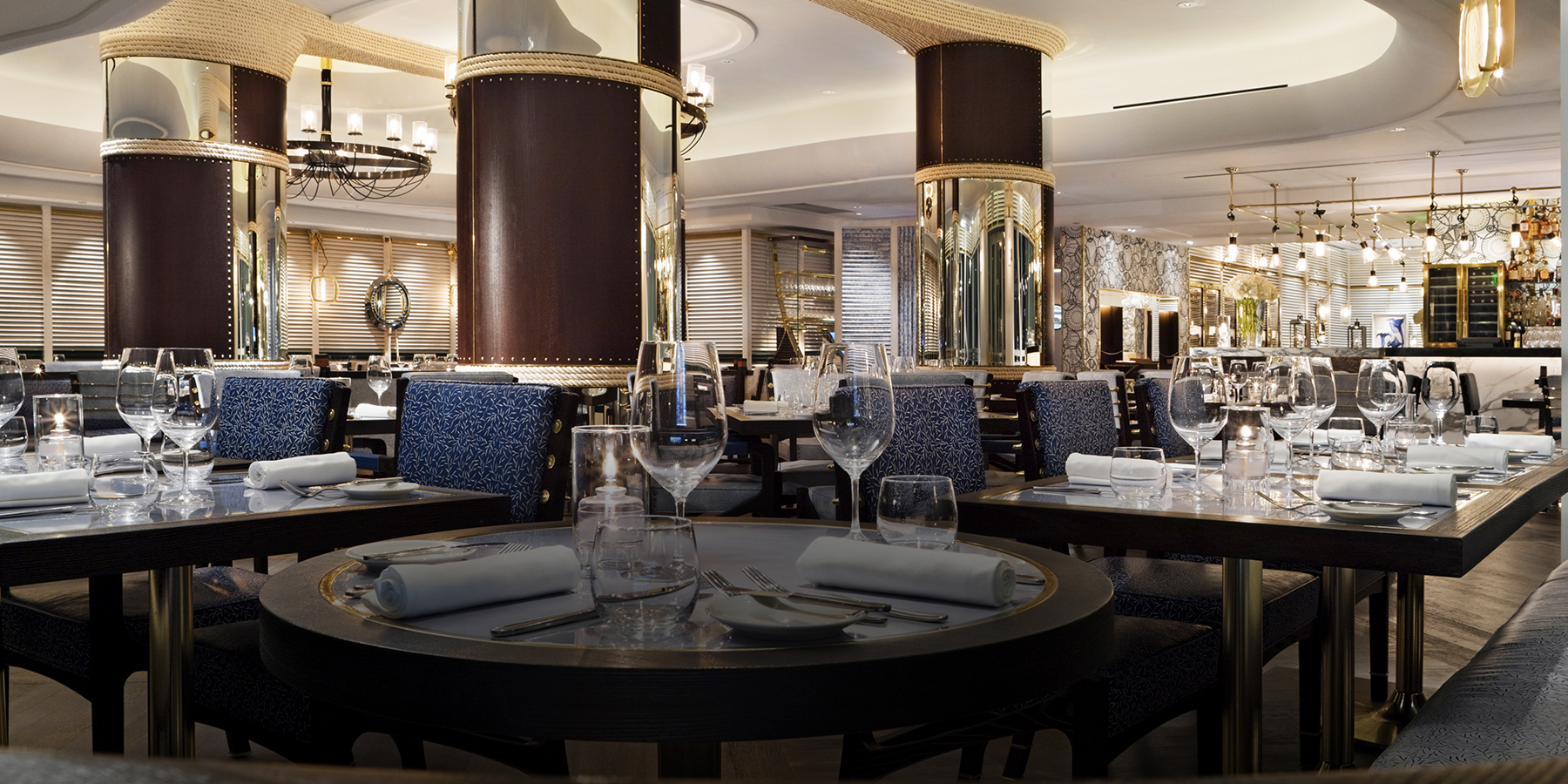 A year after the British designer's untimely death, Assouline published the first monograph of interiors by David Collins — a volume as thoughtful, reflective, compelling and exquisite as the talented man's work. 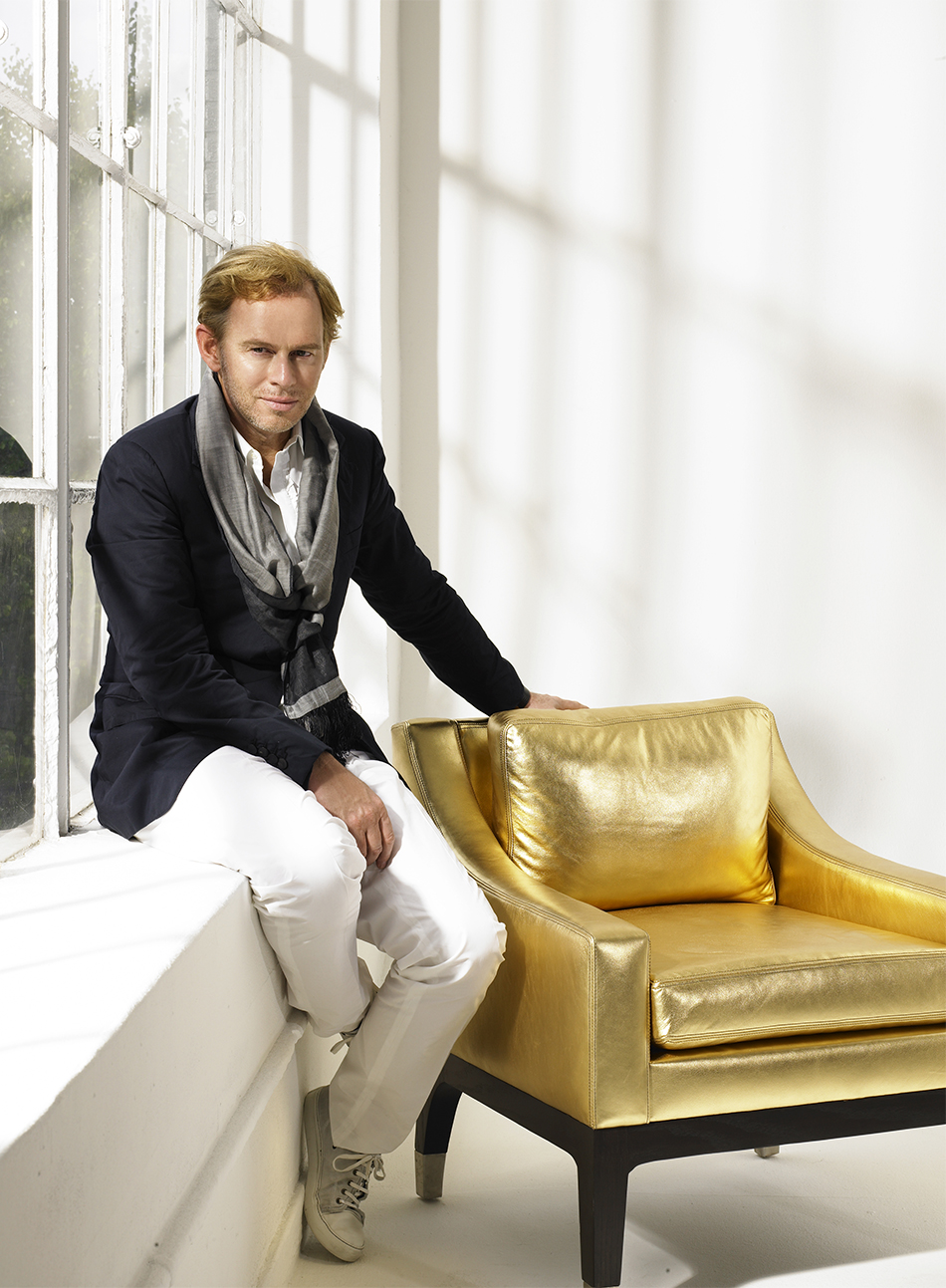 February 2, 2015Assouline recently published the first monograph of work by acclaimed British architect and interior designer David Collins, who died in 2013 at age 58 (photo courtesy of David Collins Studio). Top: Collins applied his glamorous yet timeless style to the restaurant Scarpetta at the Fontainebleau Miami Beach in 2008 (photo by Thomas Shelby)

The design community lost a master when David Collins died in July 2013, just three weeks after the 58-year-old designer and architect learned he had skin cancer. While the Dublin-born Collins is gone, his namesake London firm, which he founded in 1985, is making sure his legacy lives on. David Collins Studio has recently unveiled the plush Gate Suites at the London West Hollywood hotel, in California; Harrods Shoe Heaven (a temple of women’s footwear within the fifth floor of the famous London department store); and the newly reopened Jimmy Choo Townhouse, a freestanding boutique on London’s New Bond Street. It is also busy at work on The Charles condominium tower on New York’s Upper East Side and Alexander McQueen’s first stand-alone boutique in Paris.

In addition to its prodigious output, David Collins Studio has come out with ABCDCS, the firm’s first-ever monograph. Published last year by Assouline, the hefty tome (with a foreword by Collins’s close friend and client, Madonna) had humble beginnings. “We were launching a project in Bangkok with architect Ole Scheeren, which represented new territory for us, so we thought a lovely postcard-size snapshot would show people what we did,” explains the creative director Simon Rawlings, who has been with the studio for more than 16 years. This “snapshot” eventually snowballed into a bigger project, encompassing all of the firm’s work. And because its draft was completed soon after Collins’s cancer diagnosis, it also took on symbolic meaning. Indeed, Rawling says that after the designer’s death, “the first thing we all decided was to still publish the book. It really becomes this marker of continuity for the business.” 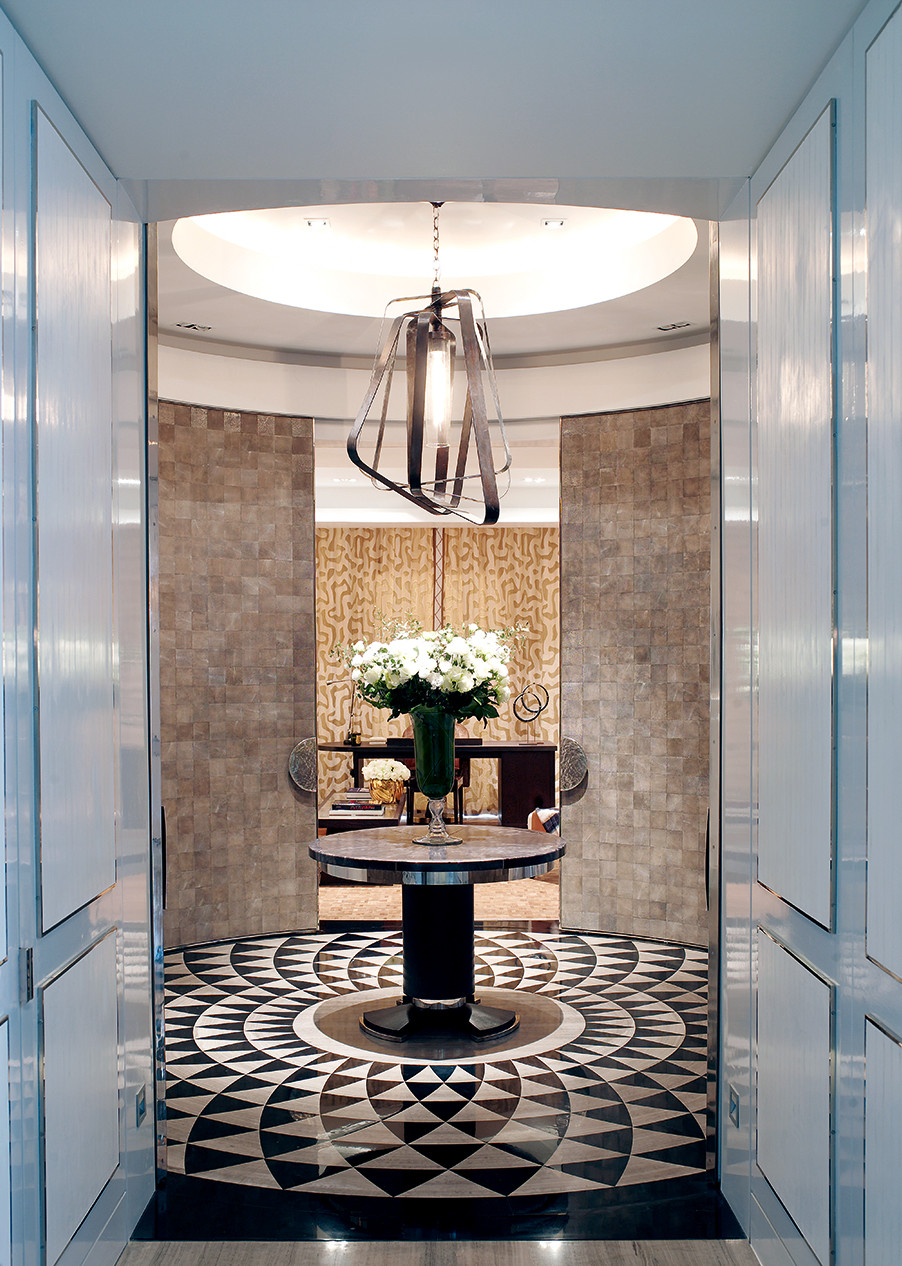 Among other components he created at MahaNakhon, a mixed-use development in Bangkok, in 2010, Collins designed its nearly 200 Ritz-Carlton Residences. Photo by Richard Powers

ABCDCS builds several bridges between past and present. The chapters correspond with the alphabet, with Collins riffing off the letter at hand, starting with “Architecture” (“I was very influenced by Mies van der Rohe, whose assertion ‘less is more’ resonated with me,” he writes) and ending with “ZZZZZZ” (“In sleep is often where I find my best ideas…a dream about living in a blue house of 27 shades became the Blue Bar [at the Berkeley Hotel], lunch with The Third Man became The Delaunay, tea with my grandmother became my dining room…” he explains). The first-person write-ups, while intimate, clarify the firm’s guiding design principles. The chapters “Color,” “Heritage,” “Juxtaposition” and “Nature” offer particularly deft explanations. In the latter, Collins writes that although he finds only a few colors appealing, “there are an infinite number of shades, and these are the key to harmony and interest and ultimately engaging people.”

These brief texts also reveal Collins’s private inner workings, including a clear-eyed fascination with kaleidoscopes as well as insight into the spaces he designed for himself. Under “Eclectic,” he concludes, “This is when I realize that the small gilded porcelain bowl bought from a dealer in Paris must sit on my Fontana Arte glass table with my family photographs, my teddy bear, my rosary beads, my collection of vintage L’Uomo Vogue…”

“In our design work, we always edit and edit and edit, and in that same spirit David’s text has just enough information to give a sense of his thought process,” Rawlings says.

Collins depicted the firm’s history in a similar, just-enough fashion. With photos bleeding off pages and spreads, sparse identifying captions hide in corners. A chronology of accomplishments to cross-reference? Nowhere to be found. The result sidesteps the traditional designer’s monograph, replacing explicit narration with reflective, but ultimately no less telling musings. In this compelling alternative, Collins continues to wield influence in the design world. 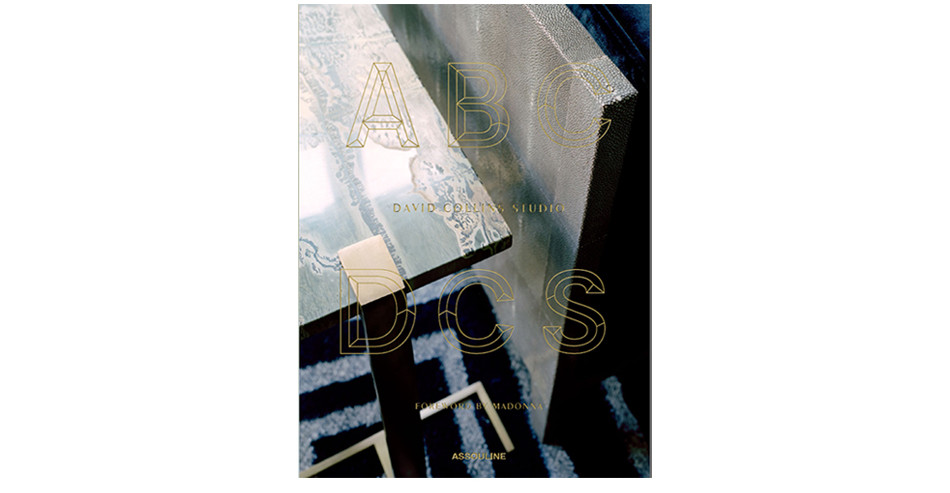