Gloria Vanderbilt on Her Long-Time Passion for Making Art 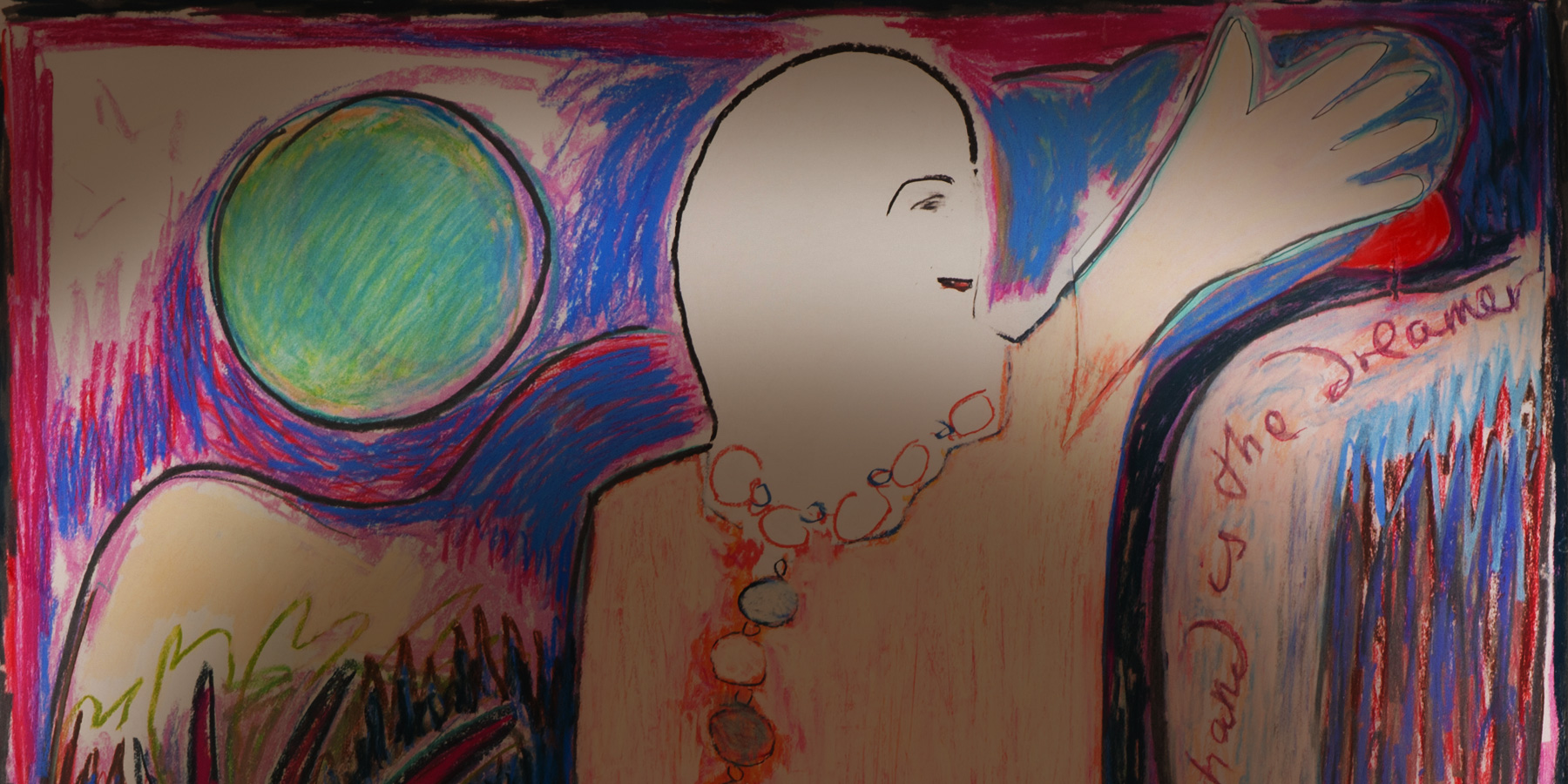 Having just celebrated her 90th birthday, the seemingly ageless icon is about to debut a show of her most recent artwork at the 1stdibs gallery at the New York Design Center. Here, she talks to Introspective about her art, her life and her milestone birthday. 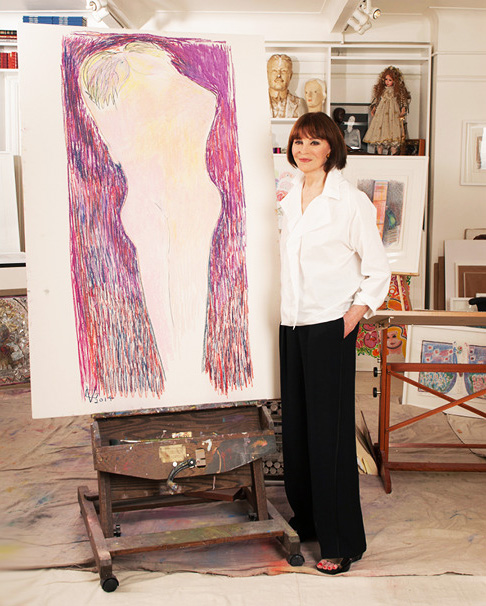 February 26, 2014Gloria Vanderbilt stands in her studio beside Together Alone in the Unknowable Night, 2014, which will be among the works on display at the 1stdibs Gallery at the New York Design Center starting February 27. Previous page: Girl at the Window, 2013

She’s been famous since before she was born, 90 years ago, the daughter of a Vanderbilt heir and his teenage wife. She was at the center of the 20th century’s most sensational custody battle and went on to reinvent herself as a model, fashion designer, memoirist and novelist, as well as mother and grandmother. But the one constant in Gloria Vanderbilt’s life has been her art. It may not be what fueled her status as a household name, but she fell in love with painting as a schoolgirl and had her first show in 1952. Vanderbilt’s latest exhibition and her second with 1stdibs, “The Left Hand is the Dreamer,” opens February 27 and runs through March 28 at the 1stdibs Gallery at the New York Design Center. On view will be more than 50 recently completed works, primarily pastels, with some incorporating collage and gouache.

On a cold, damp day in January, I meet Vanderbilt at her cozy Manhattan studio steps from the East River. Her rich brunette hair is cut in her trademark bob with a thick curtain of bangs. She wears a loose cream-colored blouse, the sleeves rolled up, with black pants and gold metallic flats. Her face is bare.

“When I work I take off the veil, and I don’t want to think about my face,” she says. “I don’t want to think about anything but what I’m doing. If you come to the opening, you won’t recognize me.” Upon being complimented on her smooth, dewy complexion, she lets out a girlish laugh and exclaims, “My beloved, crazy grandmother Morgan had the most amazing skin — and she lived to be 100 years old!”

Vanderbilt lives upstairs from the studio, which used to serve as the study of her late husband, the writer Wyatt Cooper, so it’s easy to come down daily to paint or draw. Framed in white and silver, the new works are propped against the walls and resting on tables and other surfaces. The colors are vibrant and expressive, with pinks, purples, blues, yellows and greens, and there’s a childlike ease to the drawing. Many of the scenes feature typically happy symbols, such as flowers, balloons, animals and children. But there’s a sense of melancholy underlying the series, much of it about loss or despair. 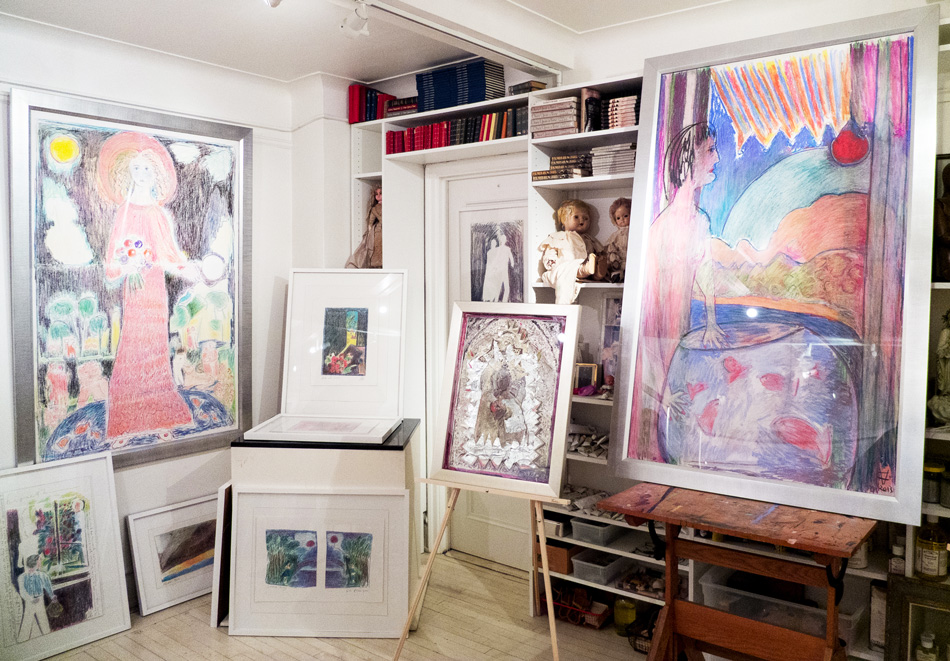 Much of Vanderbilt’s work, seen here in her studio, has a color-saturated, dreamy quality to it. 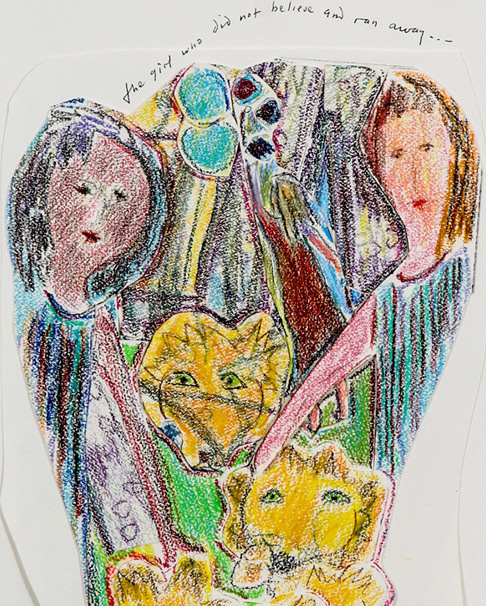 Take, for instance, Hiraeth, a Welsh word that a friend sent her after they had a conversation about loss. Vanderbilt uses text consistently in her works and in this case wrote the definition on the margins of the piece. She reads aloud, “A homesickness for a home in which you cannot return, a home which maybe never was; the nostalgia, the yearning, the grief for the lost places of your past.” In another work, depicting a couple carrying a baby collaged in white, the text reads, “How will we live when the world grows dark?”

Not surprisingly, Vanderbilt has a host of interesting friends, and they are known to occasionally make appearances in her artworks. One piece in the show depicts the writer Joyce Carol Oates. “I’m obsessed with her beauty, and I paint her a lot,” Vanderbilt says. “I’ve never really captured her, but I keep painting her.”

In a back passageway, Vanderbilt shows off some of her past work, including the Dream Boxes, which feature vintage baby dolls and assorted trinkets encased in  Plexiglas. Scrawled on the exterior of one are the words, “Much was decided before you were born.” A table is stacked with her memoirs and works of fiction.

On one wall hangs a portrait of her old friend Truman Capote from 1956, “when he really was a slip of a boy,” she says wistfully. There’s also a half-finished portrait of her youngest son, Anderson Cooper, the CNN anchor. She is, as might be expected, his biggest fan. She watches him nightly, and if she’s out, she says, “I tape it.” Below, she tells us more about her art. 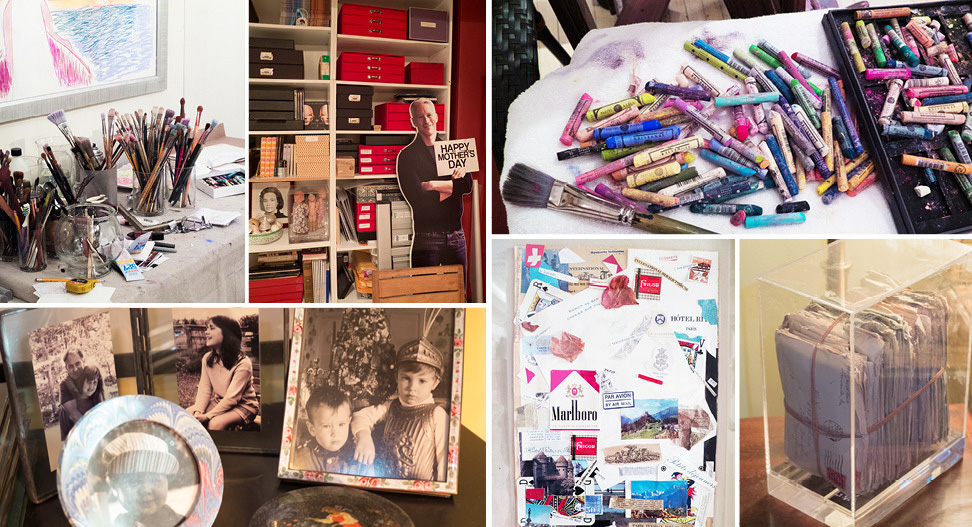 Clockwise from top left: an array of art supplies; a playful gift from Vanderbilt’s son Anderson Cooper; pastels, a new tool for the artist; a Dream Box called Love Letters; a collage by her late son, Carter Cooper; family photos of, from left, her son Stan Stokowski and his daughters Aurora and Abra, and, in the round frame, his son Myles, and at far right, a young Anderson and Carter in front of the Christmas tree

Is this the first time you’ve used pastels? Why did you choose them for this group of pictures?

I’m always interested in working in a new way. I’ve worked in practically every medium, but I’ve never worked in pastels. I tried it and got very excited because it took off. I loved the color because the color is the thing that really interests me the most, and what I’m inspired by and intoxicated by. I also like the freedom: You don’t have to put paint on a brush. You just do it.

How would you describe your process? Do you work with models or photographs?

I always work from my imagination. Sometimes it’s like channeling, and I don’t know what it’s going to be. Other times, I think about it a long time, like the nudes on the easel. I just see the canvas, and I fill it.

Your aunt Gertrude Vanderbilt Whitney, who was granted custody of you, founded the Whitney Museum of American Art and was, like you, both an artist and a writer. Did you learn from her?

She never communicated or encouraged me at all in painting; she was very difficult to connect with. She was very locked into herself. I didn’t even know she existed until I was nine and went to live with her. I think she really, genuinely loved me, but some people can’t express it. All her sculptures were covered in sheets, and she never sculpted [when I was living with her]. She wrote on small linen pads. 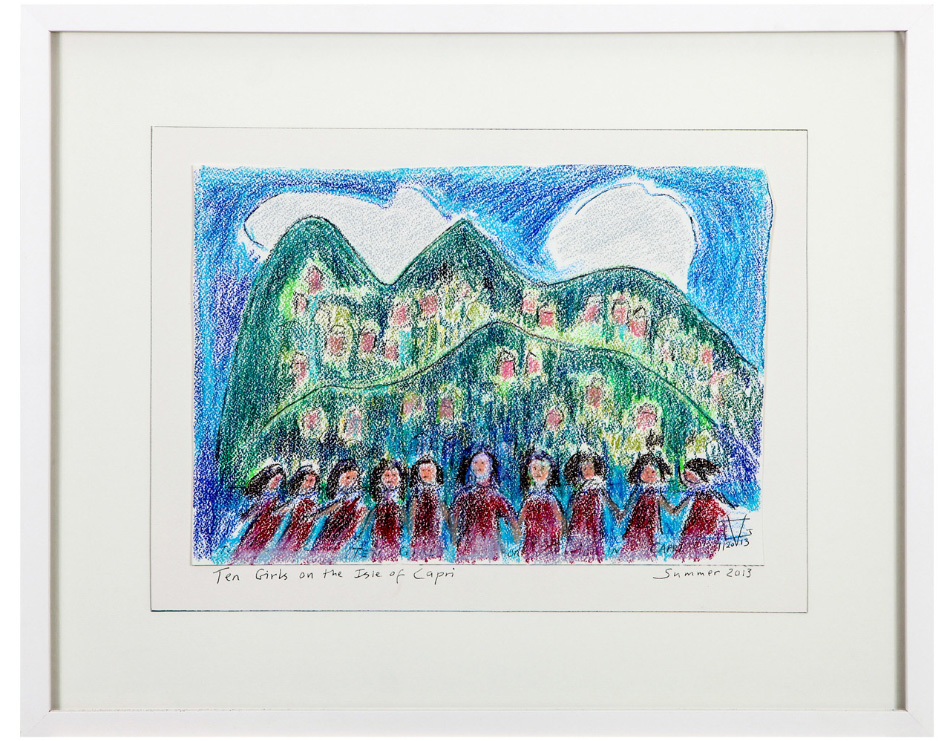 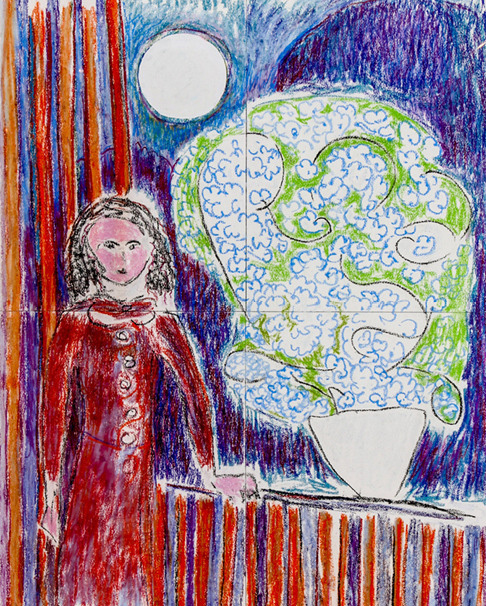 What are the themes of your work?

I’ll leave it to the viewer who’s looking at them, but everything is autobiographical. Well, it is and it isn’t. You take certain things and you add certain things. Every work has something to do with the person who painted or wrote it and nothing to do with that person. I think we all are the children that we used to be, somewhere. I don’t think I’m an exception. I’ve spent a lot of time trying to figure it out, and my opinion actually keeps changing about a lot of it.

It’s hard to believe you’re about to turn 90 — you don’t look anything even close to it. How will you celebrate?

It’s totally inconceivable to me. I thought I would die before 30. Then when I turned 30, I thought, “This is so great, I’m going to live forever.” I didn’t really celebrate birthdays after that. On this one, I’ll probably be down here working.