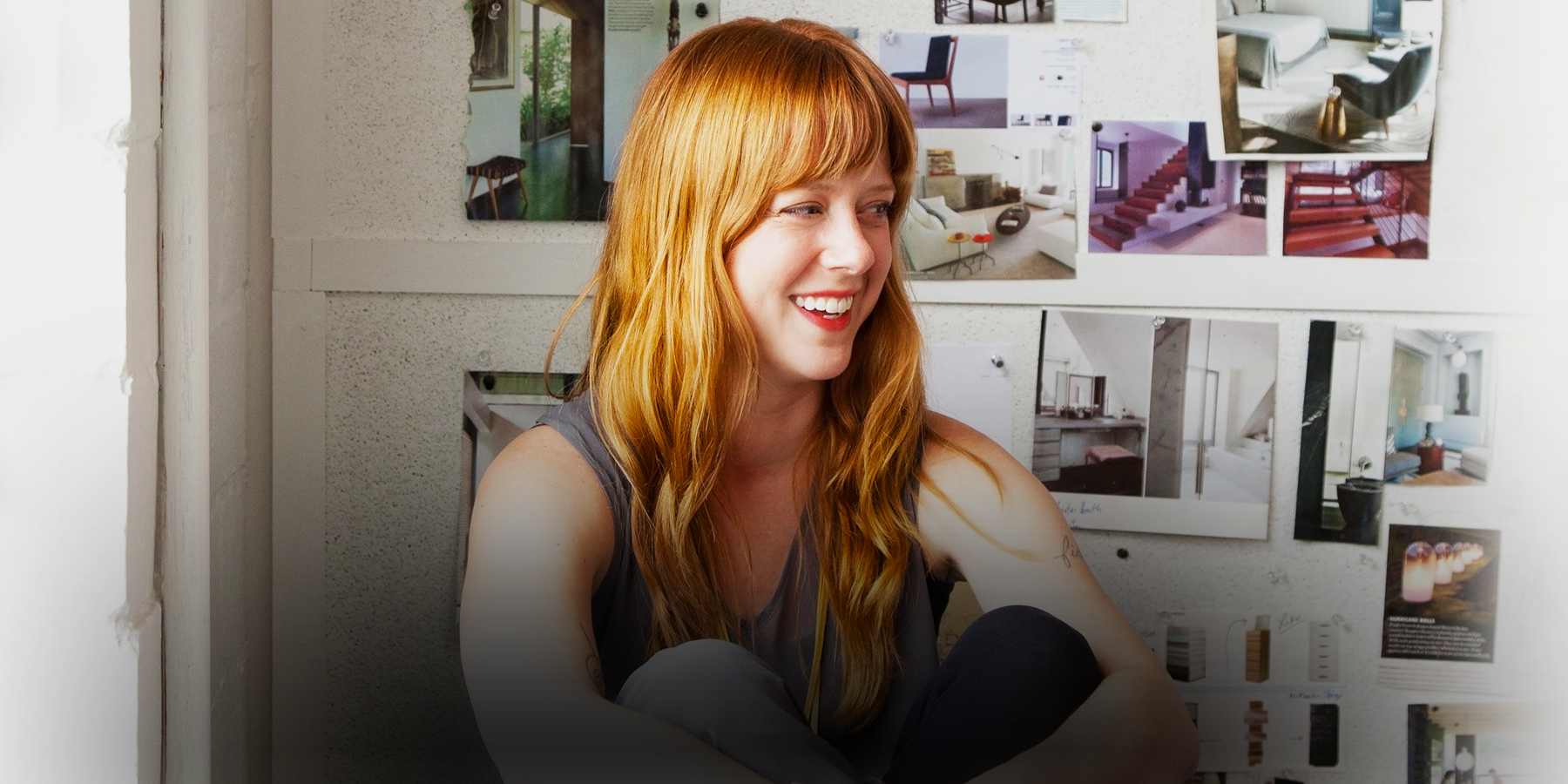 Drawing on a wide network of young artists and her training as a painter, San Francisco interior designer Lauren Geremia is quickly making a name for herself with projects that include the offices of Dropbox and Instagram. 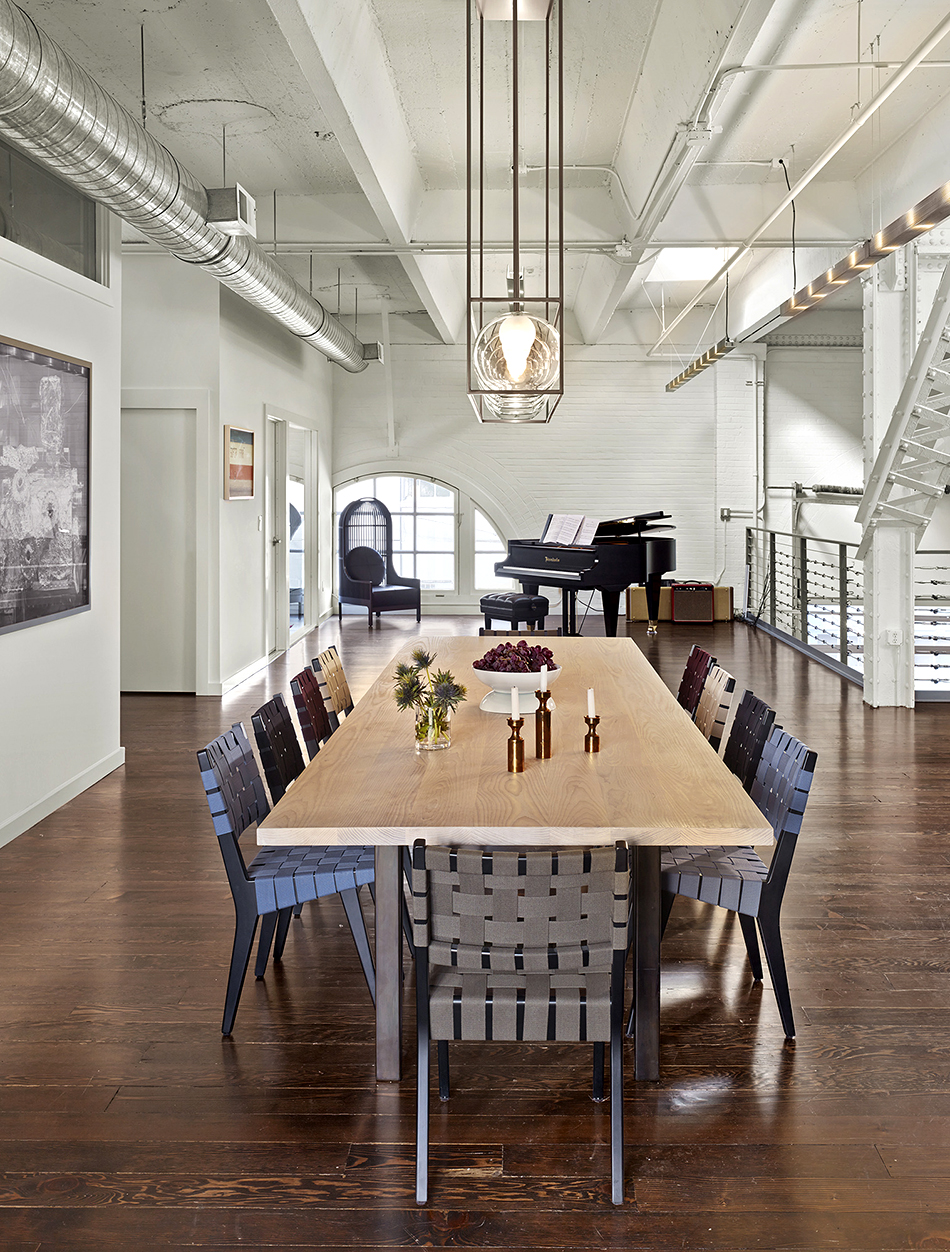 Inside an unassuming warehouse in Emeryville, California, across the bay from San Francisco, the eponymous founder and principal of interior design firm Geremia Design floats down the stairs of her loft apartment and enters her studio. It’s 9 a.m., and her employees are already in place at their desks and drawing tables. As she slips into her chair, a staff member hands her a coffee. The ease at which the morning glides along suggests a well-established enterprise, though Geremia Design is technically only three years old.

Originally from Wallingford, Connecticut, Lauren Geremia, 32, graduated in 2004 from the painting program at the Rhode Island School of Design. She headed west, taking a job with a film producer who had an interior design business on the side. Geremia gravitated toward the interiors work and, in time, took on her own projects, making over bars, restaurants and residences for friends. Like many of the illustrious tech companies whom she now counts among her clients, Geremia started her business on a bootstrap budget, “with a briefcase and paint book,” she says.

From the outset, Geremia relied heavily on her fine art background, anchoring all of her projects with a bold piece of art or an installation. She regularly taps into her vast network of creatively minded friends, whom she commissions to design wallpaper, murals and bespoke furniture. “Being a connector has been a big part of my career,” Geremia says, “recognizing talent, harnessing it, and putting it into a project.” 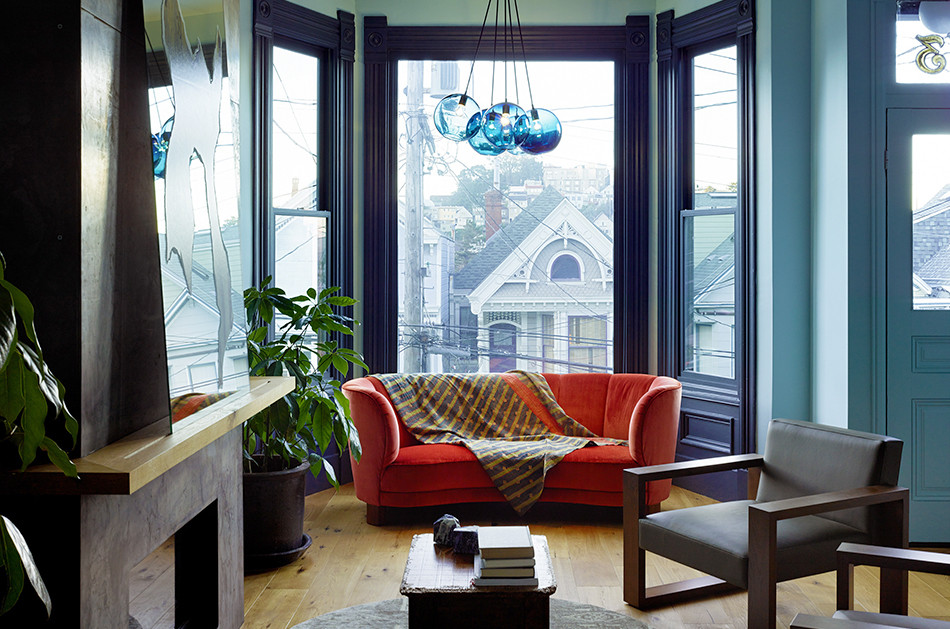 In a residence in San Francisco’s Noe Valley, Geremia hung a custom chandelier above a reupholstered vintage sofa from Chris Howard Antiques, a 1stdibs dealer in Berkeley. Photo by Matthew Millman 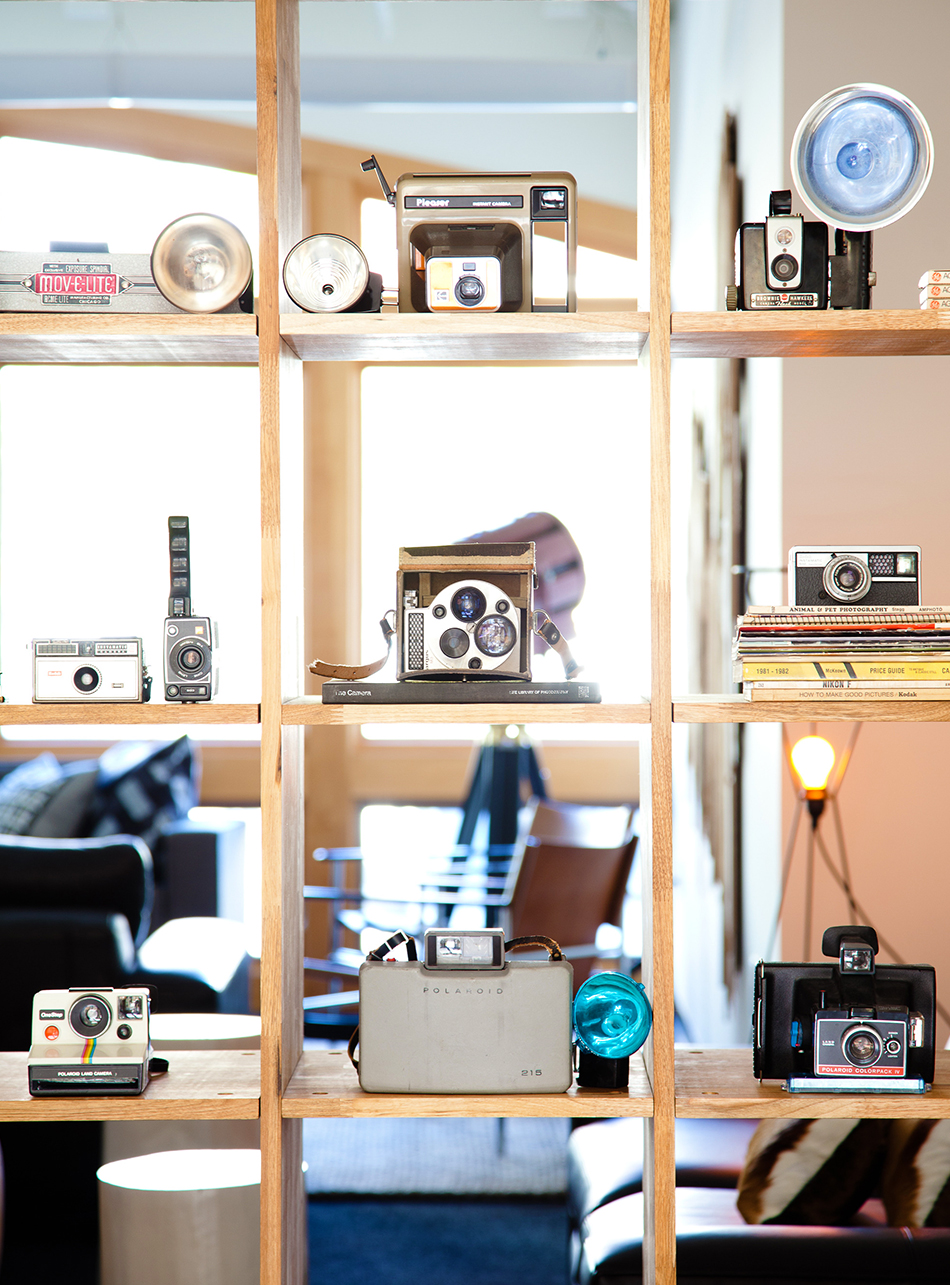 When decorating the offices of Instagram in 2012, Geremia paid homage to the company’s raison d’etre by displaying a collection of vintage cameras in the lobby. Photo by Molly DeCoudreaux

In a serendipitous stroke, some of her early projects — such as Churchill, a 1940s-inspired cocktail bar; Bloodhound, an urban roadhouse; and Citizens Band, an upscale diner whose walls Geremia papered in vintage photographs, postcards and magazine ads — became popular destinations for members of San Francisco’s start-up set. Dave Morin, an early product manager at Facebook and now an angel investor and entrepreneur, recognized Geremia’s talent and commissioned her first to design the office for his new social network, Path, and then his home. Several Facebook and Google employees followed suit. She also outfitted early workspaces for Instagram, productivity software maker Asana and the rapidly growing file-sharing company Dropbox.

Her clients were pleased. In 2011, when Dropbox graduated to an 89,000-square-foot office in San Francisco’s China Basin, the company again tapped Geremia, who then had just one employee, to bring the expansive space to life.

Her objective was to create an environment that was as beautiful as it was productive. She hired a team of nine, which she still maintains today, and rallied an army of local craftsmen to create furniture that can be moved around to foster spontaneous collaboration. And, as she had with her previous projects, she finished the space with a statement-making piece of art, in this case a mural made of 23,000 tinted ping-pong balls.

Winning the Dropbox project helped propel Geremia Design to the next level. The firm now offers event-staging and art-consulting services in addition to its interior design practice. All are aimed at an ever-growing roster of San Francisco’s newly minted tech titans, who place a premium on the original and the handmade, whether it’s a copper-plated reception desk or a recycled-glass chandelier.

Last year, Geremia Design set its sights on the residential market. Its landmark project was the renovation of a traditional Victorian home in San Francisco’s Noe Valley belonging to Kelli McMaster, a Google employee, and her husband, Matt Dixon, a trainer for elite athletes. Working with an architect and a developer, Geremia doubled the square footage of the house by dropping its foundation and building out the backside of the lot. The end result is a bright, modern and livable home that incorporates a mix of materials and finishes, custom furniture and lighting fixtures. It’s quirky too, with the house’s ornate façade, trim, porch and front door all painted a monochromatic gray-blue.

“Being a connector has been a big part
of my career — recognizing talent, harnessing
it and putting it into a project.” 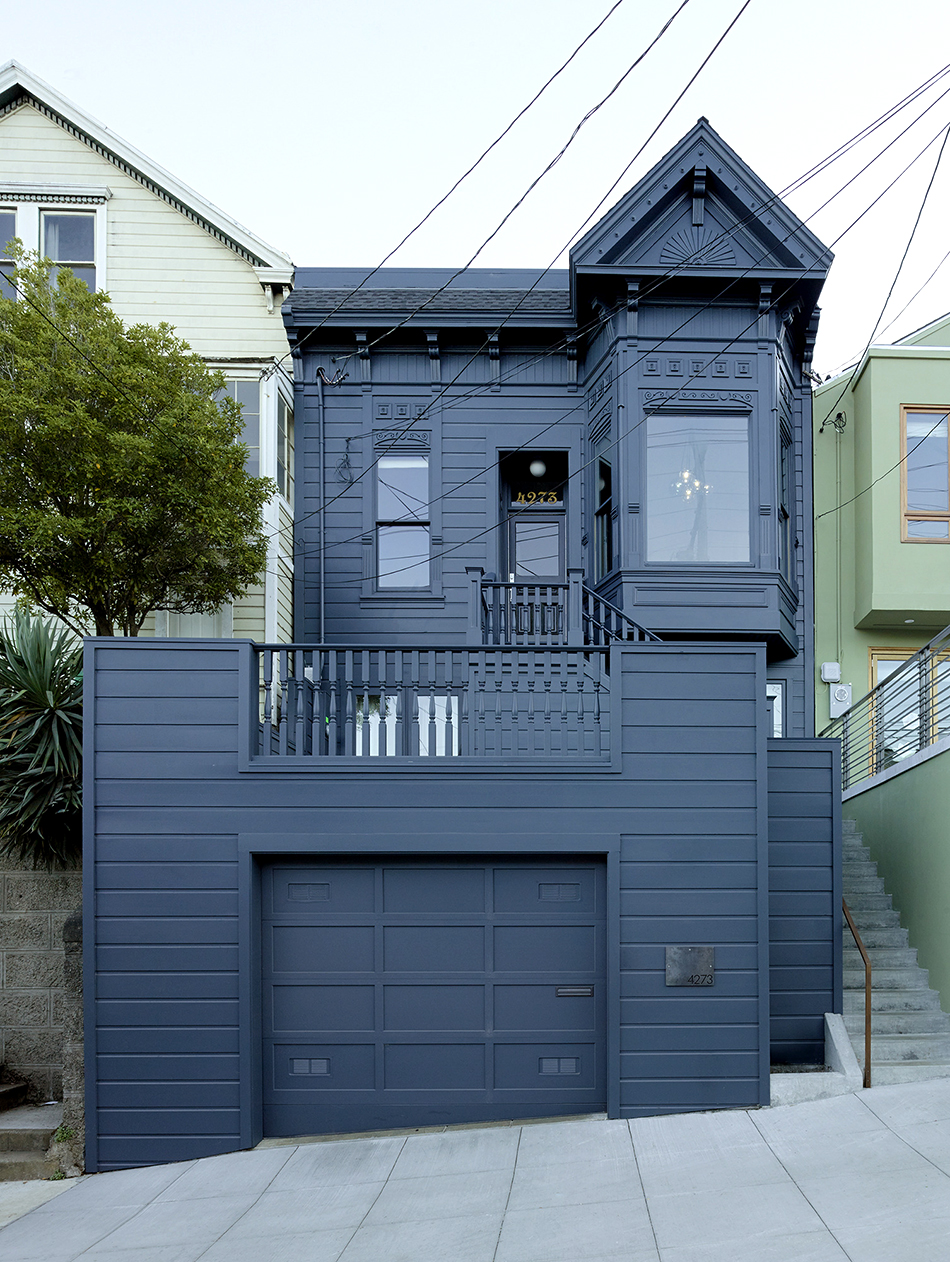 The designer and her team gave the Victorian house in Noe Valley a modern update inside and out. “The blue color creates a classic yet striking silhouette,” says Geremia. Photo by Matthew Millman

[Director] Wes Anderson and [production designer] K.K. Barrette. I learned about color and the potential of extreme character in interiors through film. Dramatic and inspiring can be livable, too.

My clients, my talented friends and the evolution of my interests and education as it pertains to my work. I love photography and textiles!

I can’t get past Beyoncé lately. She’s like coffee for me.

This is such an intense question for me. Going big, I love Doug Aitken, Gabriel Orozco and Hiroshi Sugimoto.

I’m really impressed with Bec Brittain’s lights. Her work is fun to place in projects. And I have a huge professional crush on a San Francisco designer named Charles de Lisle, who makes beautiful furniture and unique interiors. He has been a helpful mentor in my own quest in the industry. 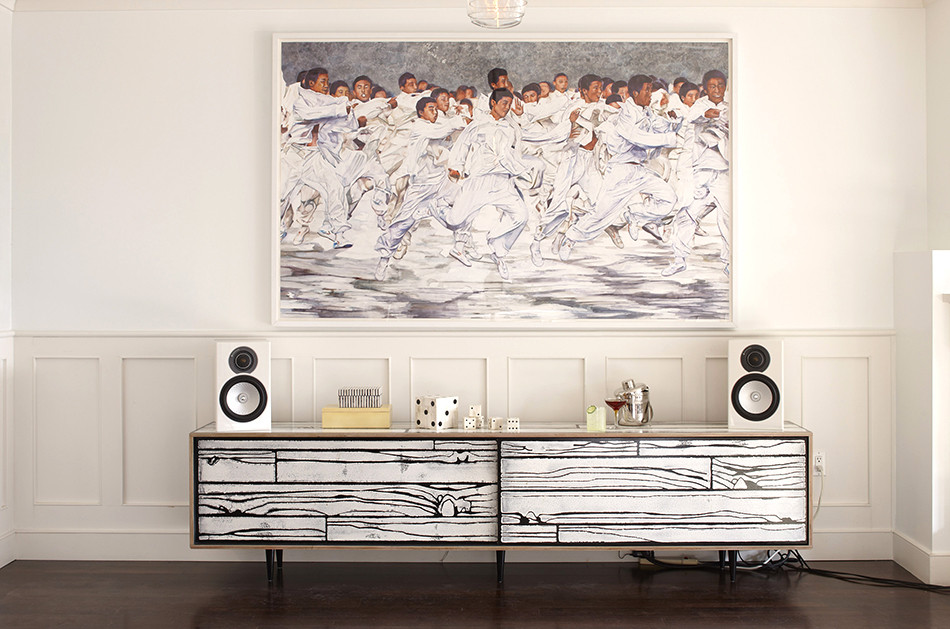 In the Noe Valley house, a credenza by Wrong Woods plays off the colors and lines in the Conrad Ruiz piece above. Photo by Mariko Reed 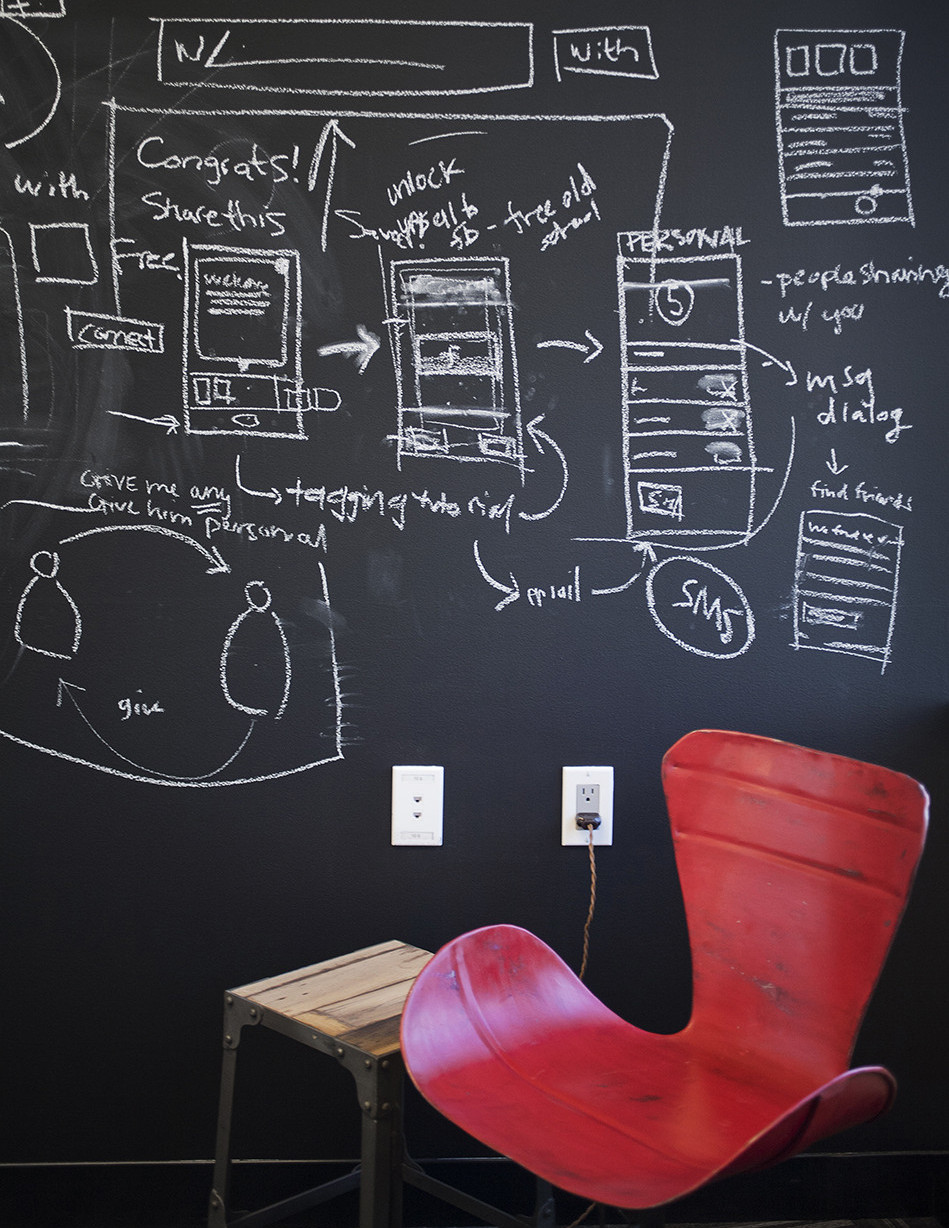 In a small phone room at the offices of Path, one of Geremia Design’s earliest clients, a vintage chair keeps company with a chalkboard wall primed for note-taking. Photo by Keeney+Law Photography

I wear a ton of Alexander Wang. His clothes are architectural and simple — they’re flexible basics for everyday wear.

I love mezcal on the rocks. My bottle of choice is Del Maguey’s Chichicapa.

We usually end up at a great bar called Prizefighter near the office. Convenience is key, and I love the neighborhood’s charm.

My friends have opened a great place called the Ramen Shop in Oakland. I’m a big fan of noodles. Oakland has started to open such incredible restaurants — it’s an exciting place to live right now.

My journal, which is filled with lists of things I want or need to do this week, a photograph of my father at my age and a stack of architecture magazines.