May is when New York City lights up with brilliant design. NYCxDesign is the official celebration of disciplines ranging from fashion to furniture, landscapes to interiors. And design aficionados fill their datebooks with events as various as sprawling trade expositions and boozy launch parties for fledgling enterprises.

Last year was the fourth anniversary of the two-week-long affair, comprising more than 500 programs spread across the five boroughs. This year’s edition promises to be as momentous, with world-renowned galleries bringing modern and contemporary works to the first-ever TEFAF New York Spring, at the Park Avenue Armory, plus emerging designers showcasing brand-new pieces at the Collective Design fair, at Skylight Clarkson Sq, and at scrappier satellite fairs. Out of this splendid sprawl, we’ve gathered 14 key design pieces you won’t want to miss. 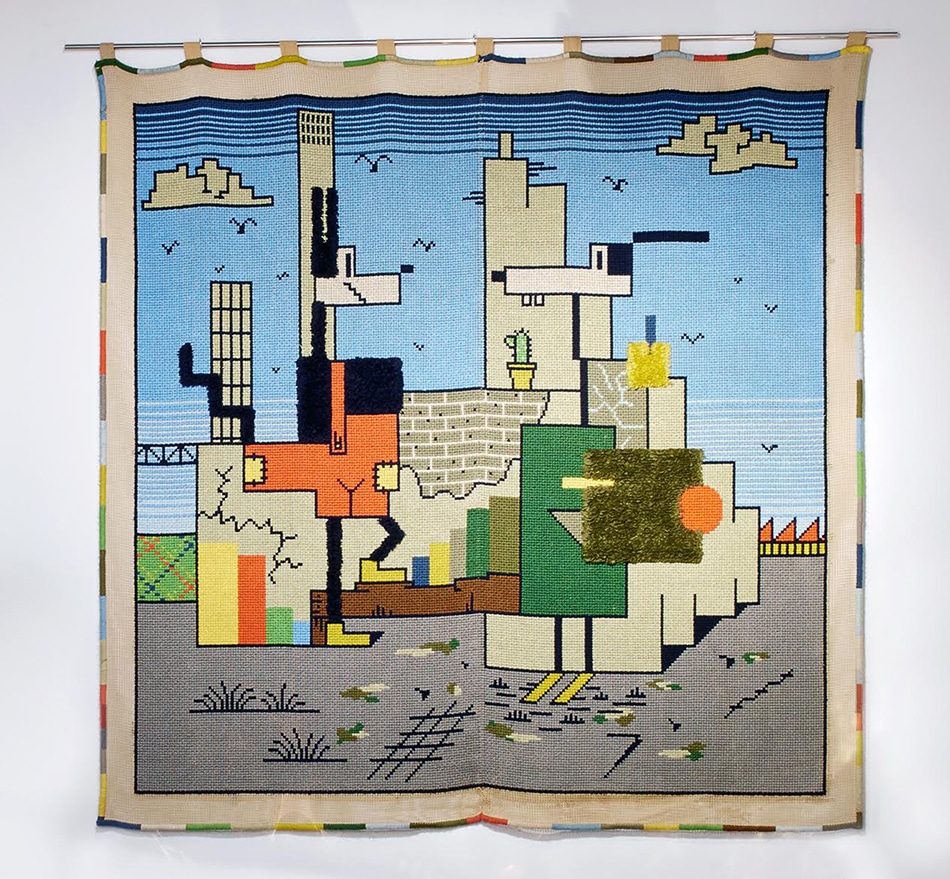 Gallery owner Gabrielle Ammann chose an unusual tapestry as the centerpiece of her booth. Coppia Metropolitana, handcrafted by Florentine architect Andrea Branzi, has ties to both Studio Alchimia and the Memphis Group of the 1980s. “Collective is a great platform for design, art and architecture in dialogue,” Ammann says, “so it’s the right moment and place to remember these very important movements in Italian art and design.” The Primitive table (2011) and Presenze glass vase (2015), both by Turin-based Studio Nucleo, will be on display to “complete the scenario.” 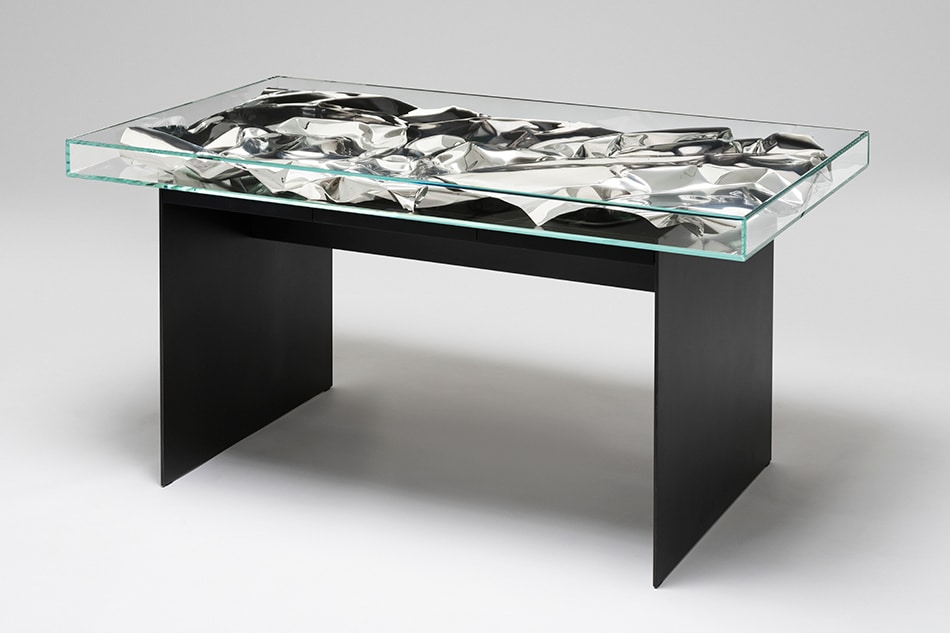 Visitors can expect to find pieces created especially for the gallery by the London-based avant-garde duo Patrik Fredrikson and Ian Stallard, including the Crush: Silver table (2012), reimagined as a stately desk. “As it is in the fifth anniversary of Collective, we thought a solo show of new works would be appropriate,” says gallerist David Gill. Composed of glass, patinated steel and crushed aluminum, the desk appears brutal and tender at once, reflecting the designers’ love of exploring materials in deeply provocative ways.

For Gallery All director Xiao Lu, Zhipeng Tan is “the modern master of cast-bronze art.” Using his bare hands, Tan sculpts every piece from mud, then molds it in metal. The Lotus Collection bridges two of his ongoing interests: the ancient process of lost-wax casting and organic forms. As evidenced by this console table, “the tension between the two references causes the works to become abstracted and take on a slightly surreal quality while maintaining functionality,” Lu says.

Photo courtesy of Zhipeng Tan and Gallery All 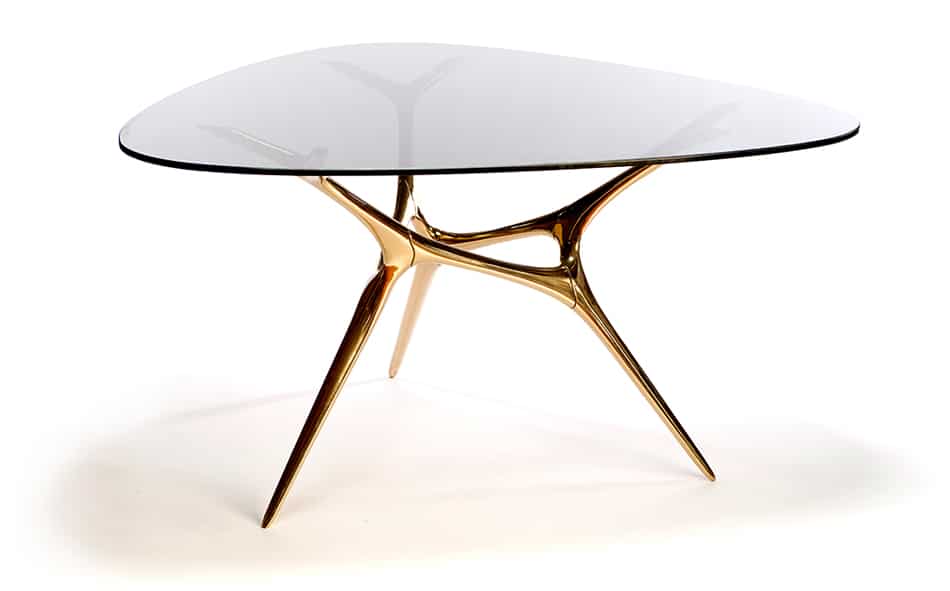 A trained cabinetmaker who studied architecture and design in Germany and England, Timothy Schreiber spent a year in China working on the design for the 2008 Beijing Olympics aquatic center, known as the Water Cube. He has lately turned his attention to bespoke furniture and objects, like this elegant table of hand-polished bronze and etched glass. Employing a variety of digital tools, Schreiber says he aims to imbue his objects with “micro intelligence” and “scientific phenomena.” 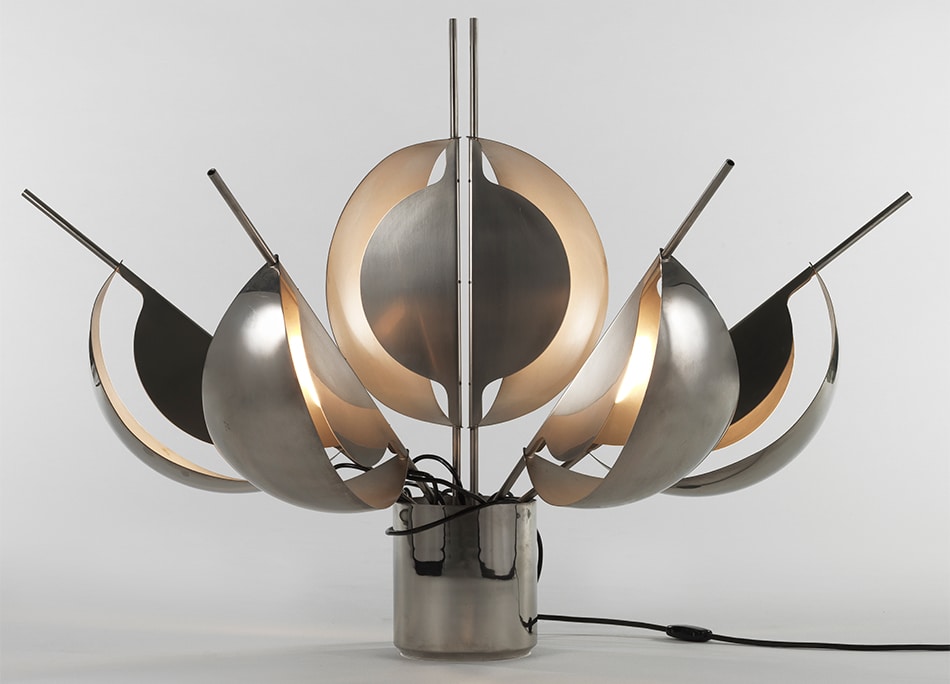 The Flower lamp — composed, as Suzanne Demisch explains, of six petals “inserted into the base at an angle, like an open flower” — was one of the most distinctive designs of the 1970s. It was conceived by Jean-Pierre Vitrac, known for his work with Manade and Verre Lumiere, two French firms that distinguished themselves with brilliant bold-faced commissions. (The latter produced the Élysée lights that Pierre Paulin designed in 1972 for George Pompidou’s private apartment in the Palais de l’Élysée.) The lamp will be shown alongside César’s Expansion table (1977), one of the French sculptor’s rare furniture pieces. Vitrac is also included in the current roundup of French design from 1965 to ’75, “Innovation: Made in France II,” that Demisch Danant is staging in its West 12th Street gallery. 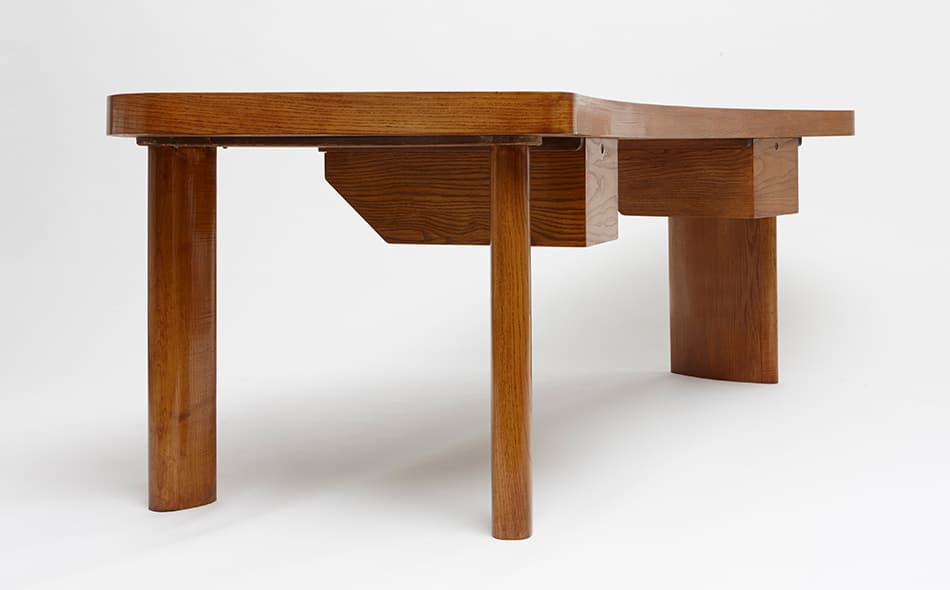 When commissioned to design a desk for Jean-Richard Bloch, chief editor of the newspaper Ce Soir, Charlotte Perriand knew just where to look for inspiration. A year before, she had created the En Forme table for her small apartment in Montparnasse, Paris. For Bloch’s version, she drafted a boomerang shape along with a thick wood platter. Nearly 80 years later, the En Forme No. 8 desk remains “a true masterpiece,” says gallery founder Hugues Magen, and one that’s “representative of Charlotte Perriand’s work — the organic shape, the use of natural materials and the iconic leg structure.” 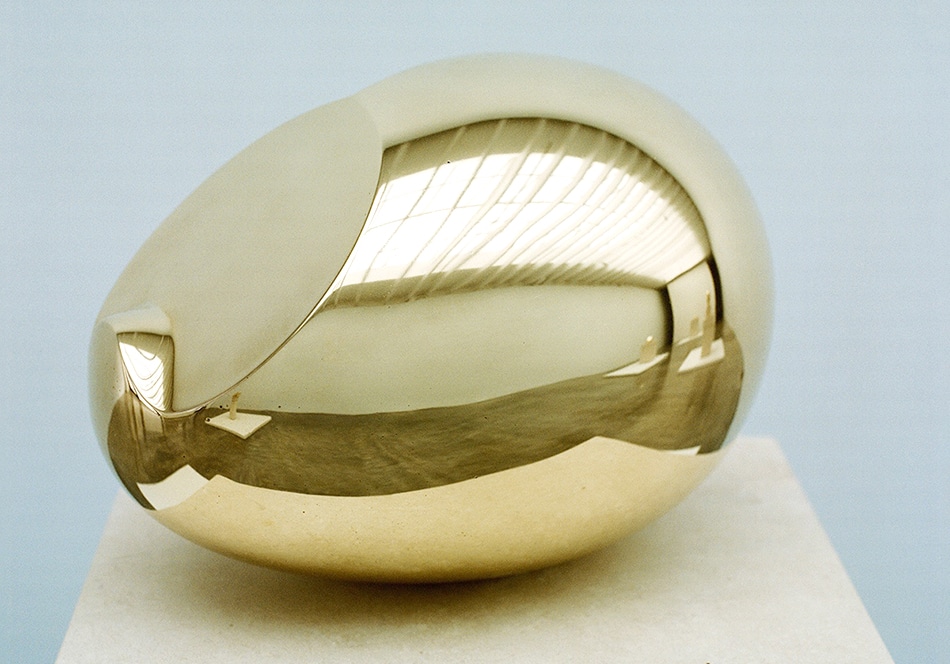 “TEFAF is a fair where you expect to find the iconic, and you expect to find history,” says gallery director Eric Gleason. “Le Nouveau Né is one of the most iconic forms by the most important sculptor of the 20th century, and the extensive exhibition history of this specific object makes it specifically appropriate for the context of the fair.” Depicting the stylized head of a newborn, egg-shaped and polished to a mirror-like sheen, Le Nouveau Né is more than a metaphor for birth — it’s a shining example of what made the Romanian sculptor a legend. 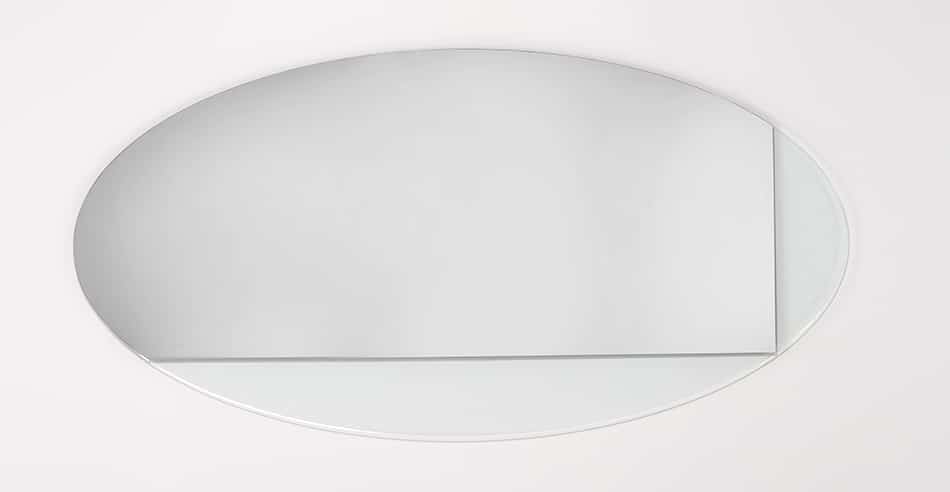 “We chose to exhibit with Sight Unseen because we want to place our work within the context of a show that has a discerning eye and aesthetic,” explains Aja Blanc. The Iris mirror, she continues, “features a reductive mirror process in which we seamlessly partner translucent glass with mirrored glass, which plays with two-dimensional qualities, light, translucence and opacity, all within a minimalist three-dimensional piece.” 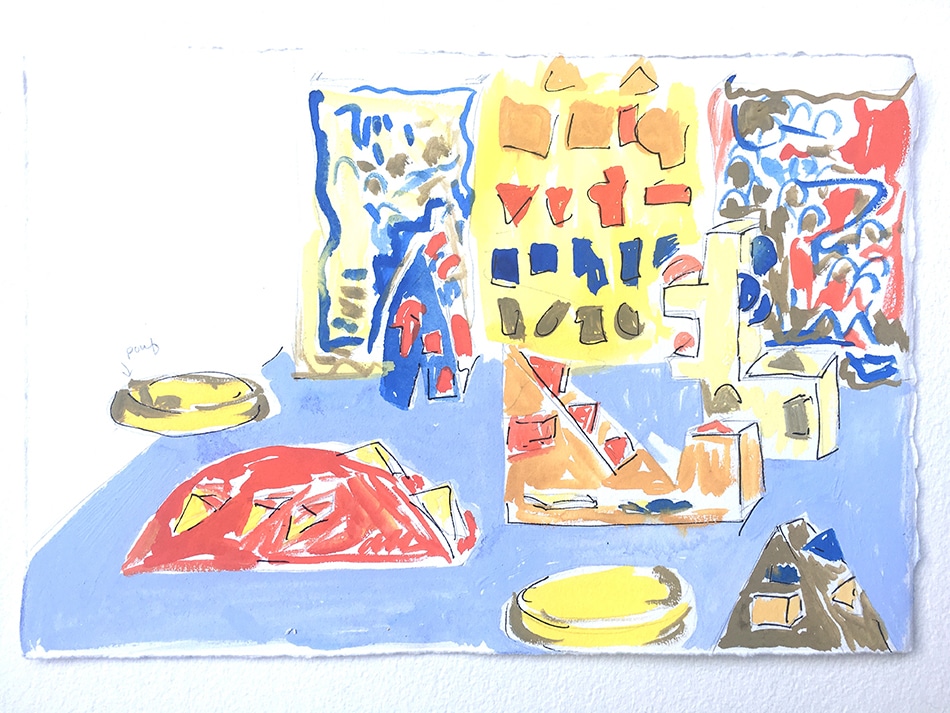 Visual Magnetics asked the Brooklyn studio to collaborate on “an art installation using the latest innovations in magnetic textiles,” says Fort Makers’ Nana Spears. “We’ve worked with them in the past and have had wonderful experiences. They’re open to experimentation and new ideas.” Spears and studio cofounder Naomi Clark are carving life-size three-dimensional sculptures out of polystyrene foam, while Visual Magnetics is providing the magnetized objects and backdrop. 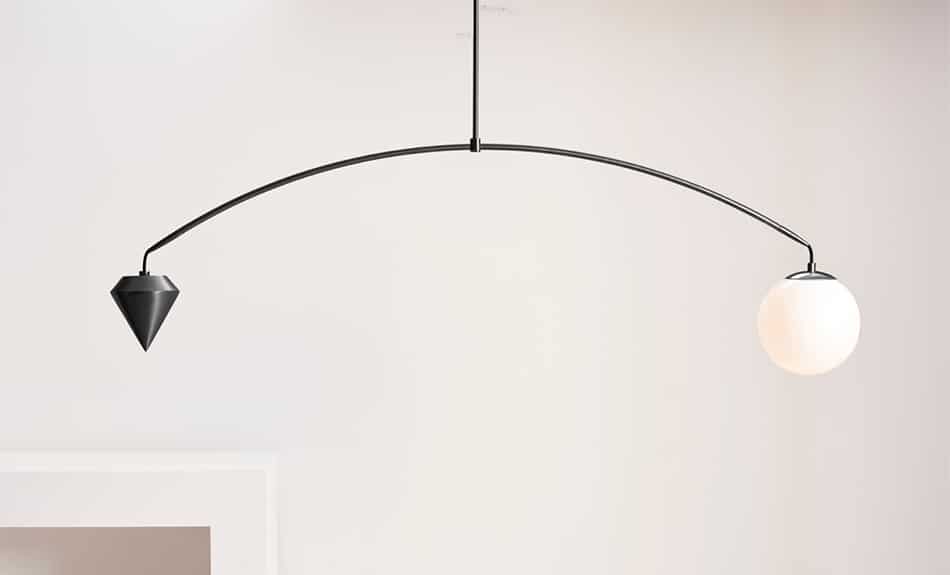 “For me, lighting has always had a wonderful element of magic to it,” says Manhattan-based English designer Anna Karlin, noting that her Satin Black arc light, in particular, “feels as if it’s being counterbalanced” as it plays with the notion of weight. Known for her work in graphics, set design, art direction and interior design, Karlin views lighting as an integral part of her practice, as well as “usable sculpture.” This piece is as unexpected as it is “strangely familiar,” she adds. 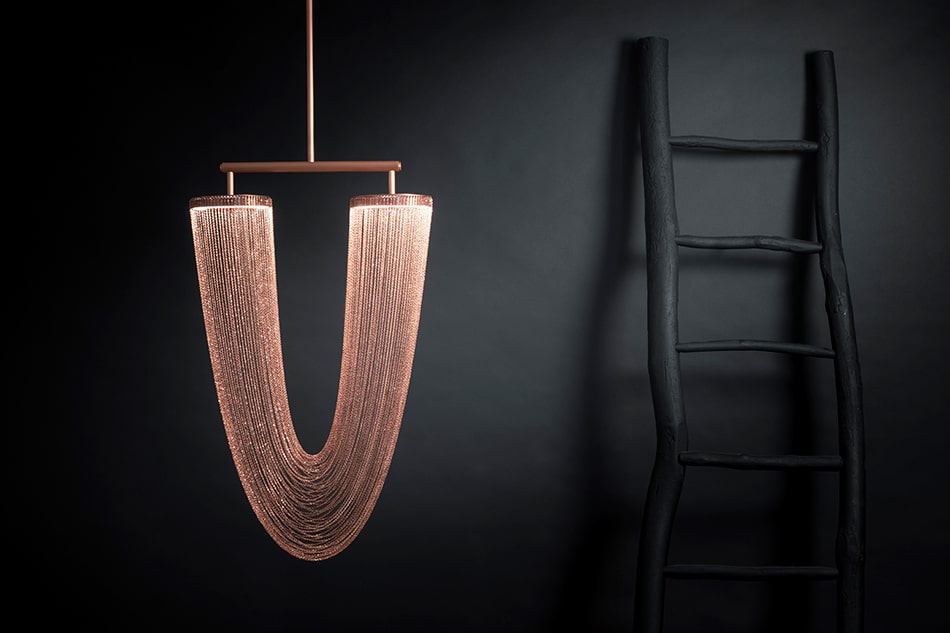 This won’t be the first time the glamorous chandelier has been shown at ICFF — Audrée Larose and Félix Guyon unveiled the design there last year. They decided to bring it back because it’s the kind of product you just have to see in person and touch to understand. Inspired by “the romantic world of jewelry,” explains Larose, “the light comes from two copper rings and goes through the chains to create a magical atmosphere. The chains are so delicate and soft, and when you touch them, it gives the illusion that the fixture is dancing. You see the light reflecting on all the facets of the chains.” 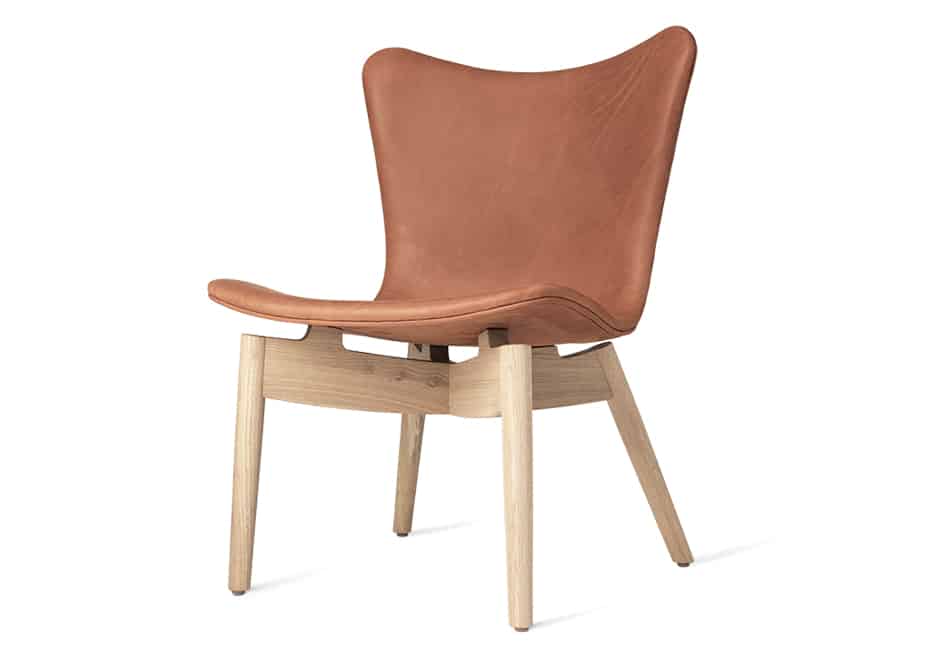 A new and improved Shell chair, designed with the American market in mind, is on view in Mater’s booth, along with Space Copenhagen’s Accent tables. Brand and design executive Malou Kayser says she chose the piece for its seating experience and use of high-quality Sorensen leather, which bring “a new softness and tactility to the Mater collection.” With its sculptural wooden frame and floating seat, the chair “creates an intersection of stability and dynamism,” Kayser adds.

Inspired by the memory of his grandfather’s favorite tailor shop, Portuguese designer Rui Alves conceived a sofa that puts everything on display. “I wanted to show all of it,” he says, “the structure, the beautiful oak wood. Nothing should be hidden, as is normally done in sofa design. This sofa is meant to be seen from all sides.” With its upholstered part supported by an oak wood frame, it looks especially sleek from the back. 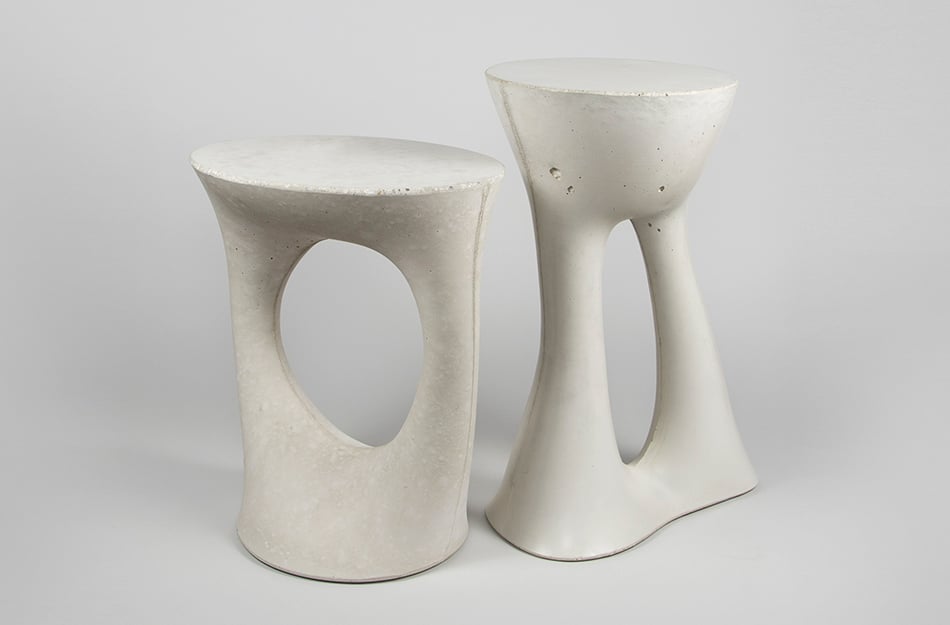 “Industrial, organic and sculptural, the Kreten side tables are concrete furniture like you haven’t seen before,” boasts Souda cofounder Shaun Kasperbauer. They’re also the four-year-old firm’s top-selling item on 1stdibs. Created in Souda’s Brooklyn studio by pouring concrete into a spandex mold, the singular table could work in a mid-century modern interior or contemporary space.