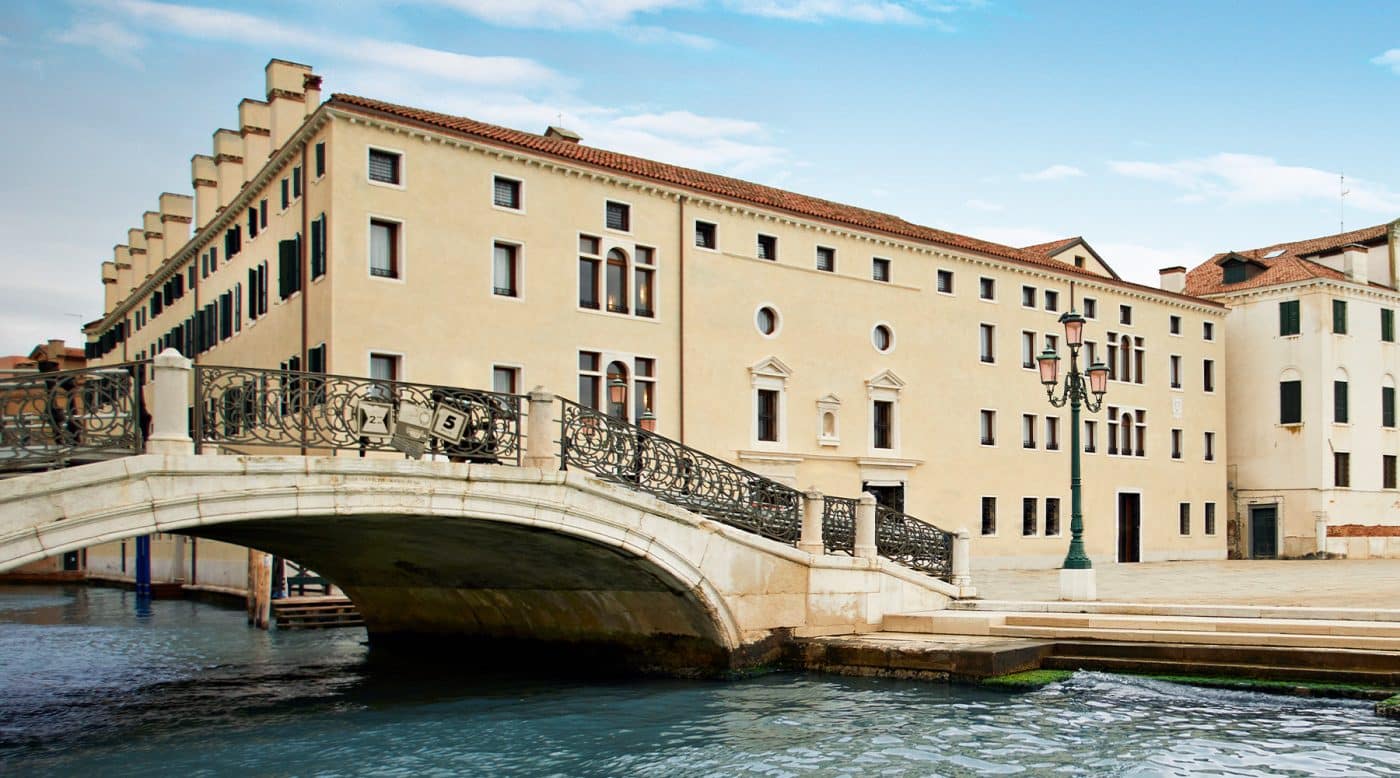 The Spanish architect selected the Italian furniture company to create many of the custom room and suite furnishings for Ca' di Dio — a luxe new lodging housed in a 13th-century pilgrim hostel.

September 11, 2022 Venice is no stranger to historic buildings transformed into contemporary hotels. But the latest realization of this concept in the canal-crossed city boasts an aesthetic pedigree of a caliber rarely seen there.

When Ca’ di Dio made its dramatic 2021 debut in an atmospheric palazzo dating to the 13th century, it revealed new interiors by Spanish-born, Milan-based architect Patricia Urquiola.

Known for her statement-making design schemes for such knock-out hotels as Lake Como’s Il Sereno, Barcelona’s Mandarin Oriental and Berlin’s Das Stue, Urquiola here collaborated with celebrated Italian furniture company Molteni&C to create spaces that complement the antique surroundings in a variety of subtly creative, unexpected ways. (Urquiola herself, of course, is also a prolific designer of furniture — much of it available on 1stDibs — having created pieces for Molteni&C as well as collections for B&B Italia, FLOS, Foscarini, Cassina, cc-tapis, GAN, Georg Jensen, Kartell and Moroso, among others.)

Ca’ di Dio sits on the mouth of the Grand Canal, just before it opens to the Venetian Lagoon, a short walk from the Arsenale boatyard, which today famously hosts exhibitions during the Venice Biennale. The hotel’s 57 suites and nine rooms, as well as its various public spaces — including a courtyard garden and a lobby in the building’s former chapel — share a palette that complements the setting.

Moody blues and brighter turquoises reflect the colors of the canals and lagoon. Terracotta and other earth tones echo the facades of the city’s buildings, sidewalks and piazzas. Jewel-toned accents sparkle like Murano glass.

Furniture in sinuously curving forms and upholstered in plush fabrics offers a contrast with the more austere, rectilinear forms of the centuries-old structure, originally built as a hostel for religious pilgrims traveling to the Holy Land. (Thus the name Ca’ di Dio, meaning “House of God.”)

Urquiola says she wanted her design both to “blend Venetian history with modernity” and to “match the two souls of Venice, two sides that seem to oppose each other but from which an interesting meeting and a distinctive project was born.” On one side, she continues, you have “the rigor of the building and the severity of the original structure, on the other, the sophisticated and traditional elegance representing Venetian palaces.”

The custom commissions she developed with Molteni&C — a bed, armchairs and sofas among them — as well as other items she selected from the company’s collections (Filigree tables designed by Rodolfo Dordoni and Woody chairs designed by Francesco Meda) help bridge the divide between these two sides.

Urquiola says she chose to partner with Molteni&C here because of the company’s “high-end level of quality of material and work” and because of her previous successful experiences collaborating with the brand. These projects include her scheme for the company’s Japanese flagship, in Tokyo.

As for Ca’ di Dio’s decision to work with Urquiola, general manager Christophe Mercier points to the designer’s strong connection to the city — “It’s where she got married,” he notes — and to the impressive vision she presented for the hotel.

“Patricia was very careful in respecting and maintaining the spirit of Ca’ di Dio first and foremost as a Venetian house,” Mercier recalls, going on to compliment her “interpretation of chic and refined Venetian roots.”

Here, Urquiola shares with Introspective more of the details of this very Venieian retreat.

The Palette: Sober and soft, with shades and transparencies in a fluid play of continuous movement, just like water. The idea is to contrast and combine the Venice of hidden streets made of old bricks with the Venice of noble palaces. I chose materials representative of the city and its traditions: glass, wood, wrought iron, stone and marble.

The Art of the Mix: In the lobby, which is one of the most ancient areas of Ca’ di Dio, contemporary carpets, light curtains and a large sculptural Murano glass chandelier are juxtaposed against the historic architectural box of the former chapel, with its shrines, altars and niches.

The Devilish Detail: The doors from the lobby to the Reading Room are the result of an artisanal experimentation on glass, using rollers to mold the material. They were designed to be reminiscent of traditional Venetian stained glass, vetro piombato.

The Vintage Find:  An antique table in the lobby, which we found already present in the building, is on loan from the collection of the city’s Istituzioni Pubbliche di Assistenza Veneziane. It’s set with books and monographs about Venice.

The Pièce de Résistance: Hanging under a red Murano glass chandelier, in a space between the restaurant and the courtyard, is a Bric table by Mario Bellini for Riva 1920. It really interprets the Venetian spirit because it is made of solid durmast, the same wood used for briccole, the big tree trunks lodged vertically into the depths of Venice to hold up the entire city.

The Room to Book: One of the two Suites Altana, which allow you to enjoy a private roof terrace with an open view of the Venetian lagoon from San Giorgio Maggiore island to the Punta della Dogana to Saint Mark’s Square. 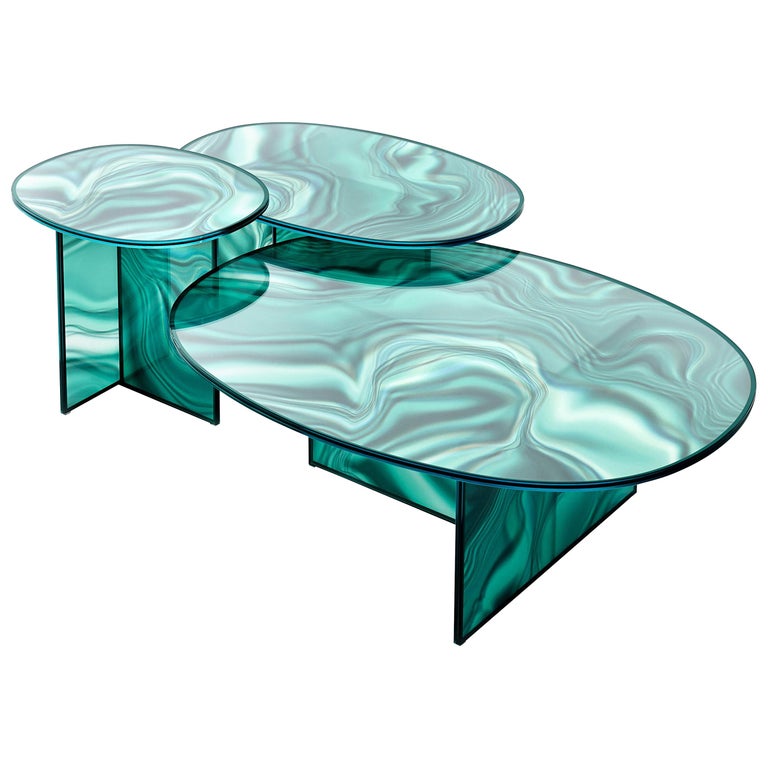 “The beautiful thing about this table — in tempered extralight glass, which takes on the appearance of marble — is the surprising way it changes depending on how you look at it. The veining is dynamic and variable.” 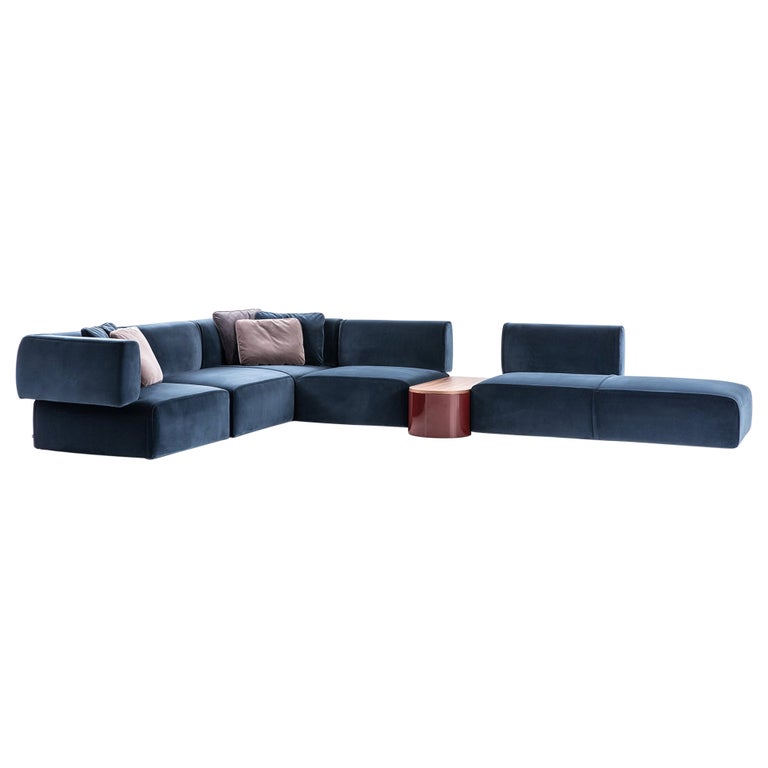 “What I like about Bowy are its soft and welcoming curves and that you can play with its modules to create different compositions.” 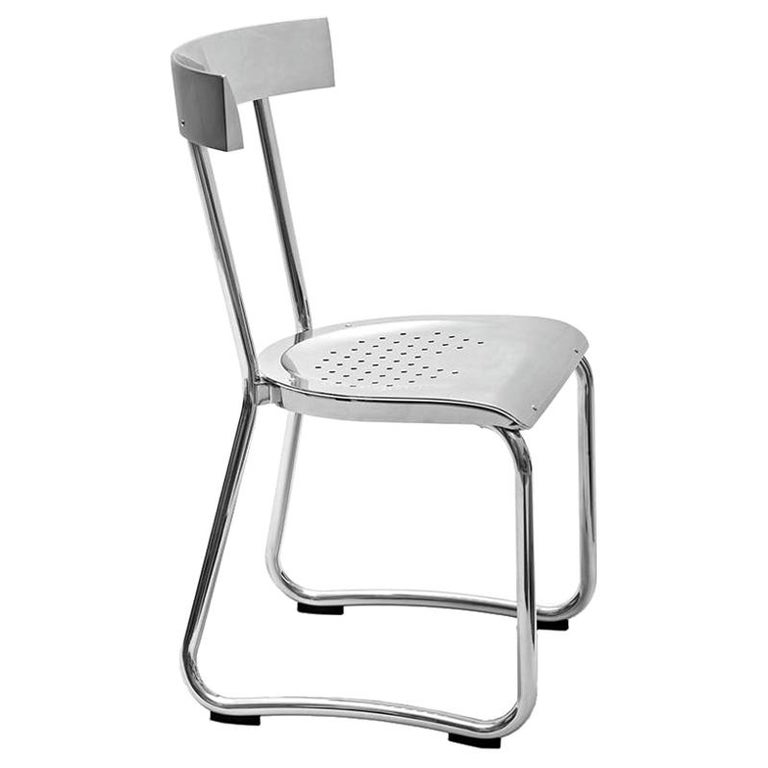 “The particular thing about this chair is that it coordinated with the building Ponti created it for, Palazzo Montecatini. An office product, it is made of a strong material, but it has a ‘gentle’ design.” 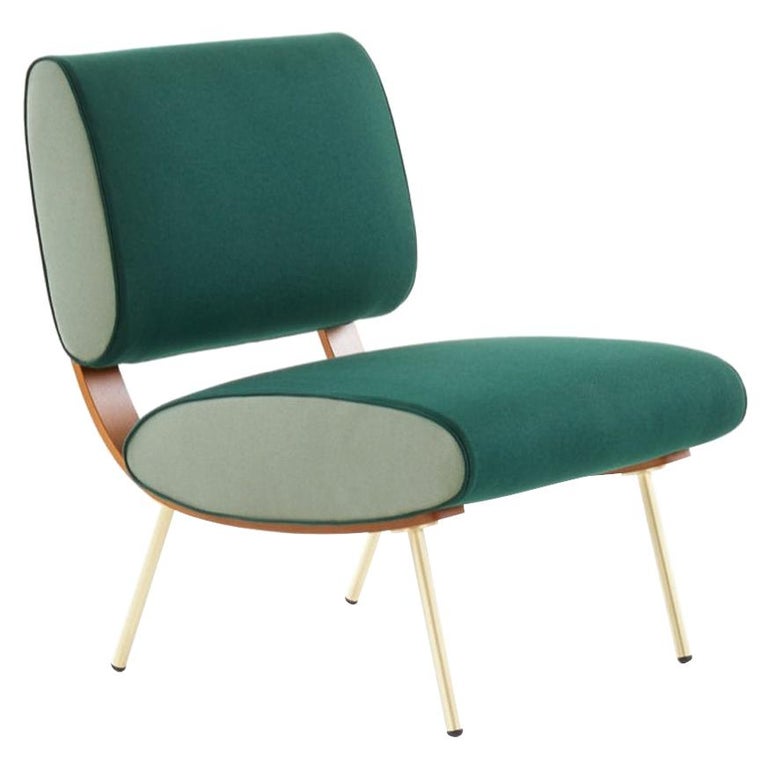 “I very much like this item for its innovative design: the oval shape of the seat and back and the innovative materials — fake leather and curved wood — used for its production.” 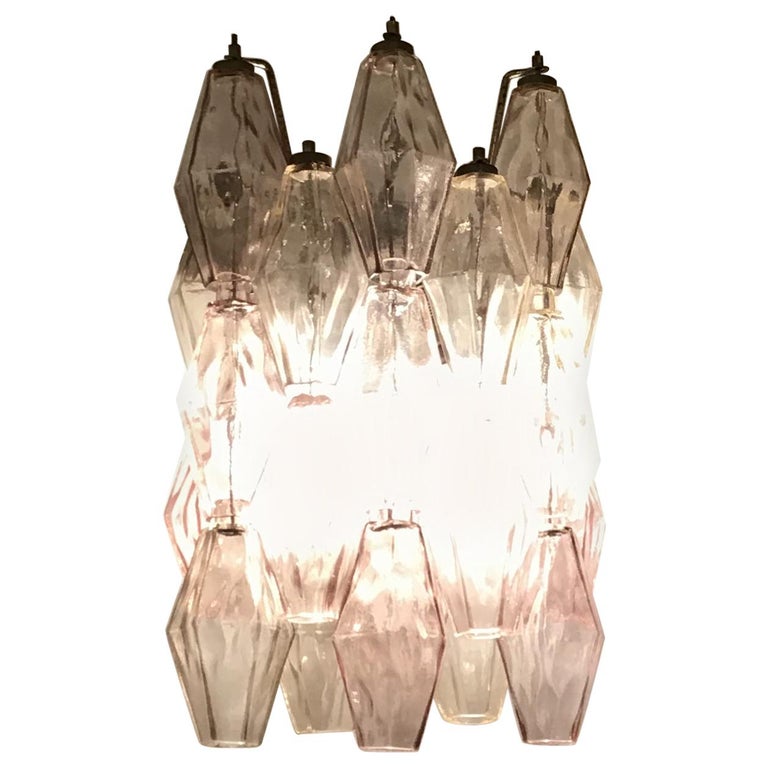 “What I love about Scarpa’s Poliedri lighting, which we used in Ca’ di Dio’s Reading Room, are the infinite possibilities of different compositions. The same module can be a ceiling lamp or a sconce.”