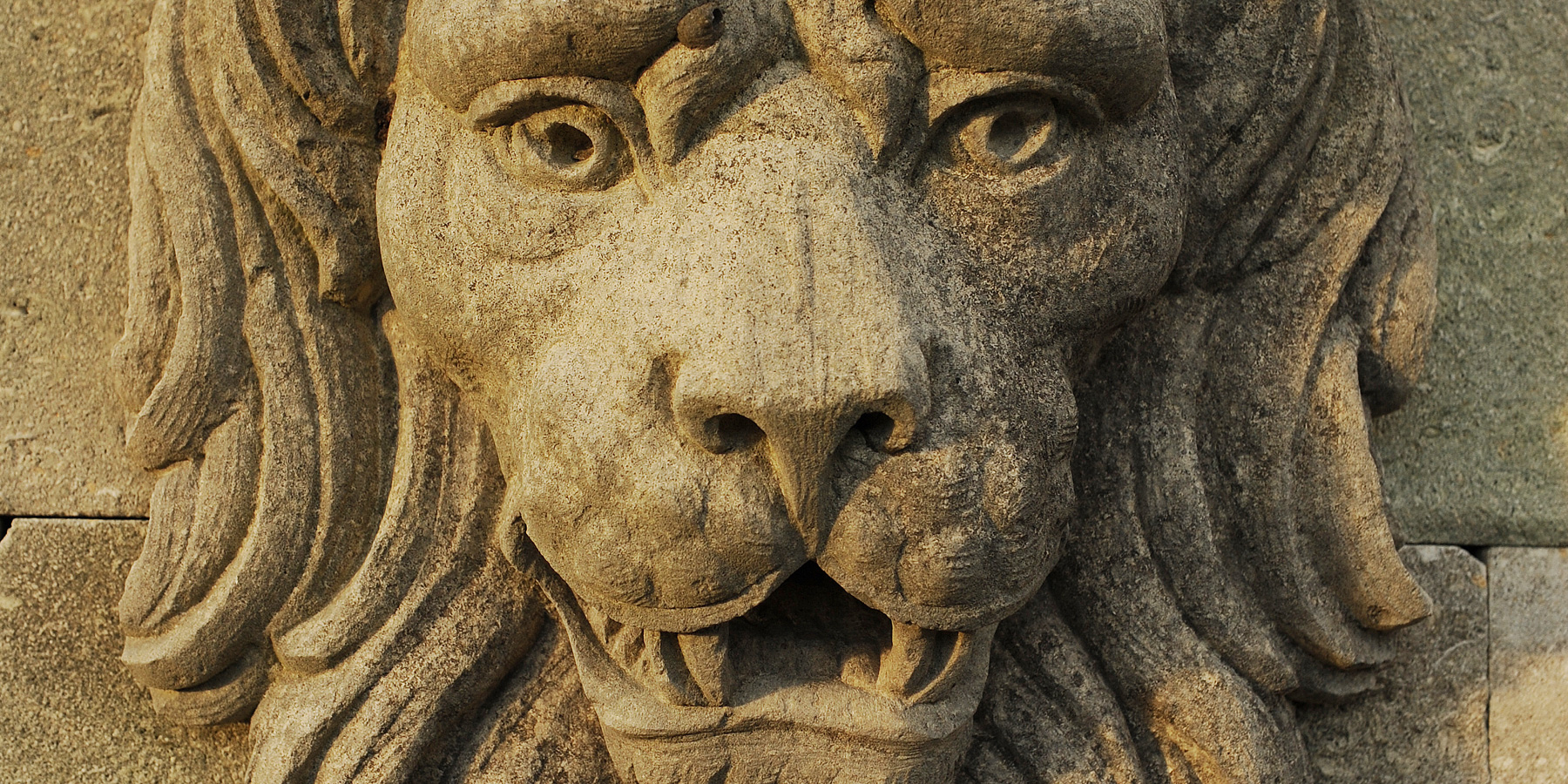 As the head of his family's venerable Dutch architectural antiques firm, Sebastian Jonker relies on the connoisseurship skills he learned at a young age from his father. 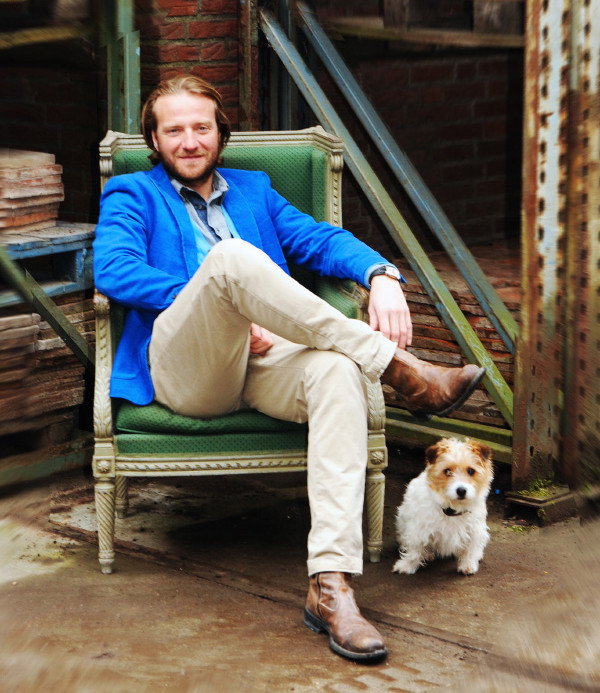 April 2013Sebastian Jonker fondly recalls traveling the countryside as a boy with his father in search of the kinds of architectural treasures — medieval stone floors, ornate garden statuary, grand fireplaces — that comprise the inventory of the family’s thriving antiques business outside Amsterdam. The firm offers flooring and stonework that can transport Old World grandeur and elegance into clients’ homes. Photos by Maria Cavali

Many sons learn early about their family’s business. But Sebastian Jonker was probably younger than most when he was first exposed to his father’s trade in antique building materials. “I was in my little car seat, and he would take me to see things that were offered to him,” Jonker recalls. “That was fun. He taught me very early how to know what was real and what was fake. I learned when I was so small that I don’t even need to think about it now — I just have an instinct for it.”

That instinct has come in handy of late, ever since 2009, in fact, when he took over Piet Jonker Architectural Antiques after his father’s retirement. Located just outside Amsterdam, the firm was founded by the elder Jonker in the 1970s and sources rarities such as wide-plank French oak floors, Italian Baroque marble fireplaces, castle garden fountains and Delftware wall tiles. Sebastian, or Bas, as his friends and colleagues call him, had been schooled by his father in the inventory and much more: how to navigate heritage laws governing use of historic homes; how to manage international shipping of, say, an 18th-century glass chandelier from Italy to Holland and then to the U.S.; and how to cultivate clients who seek out such dramatic finds. These buyers can range from Germans maintaining their castles to Americans fitting out their Los Angeles mansions with elements of European history. 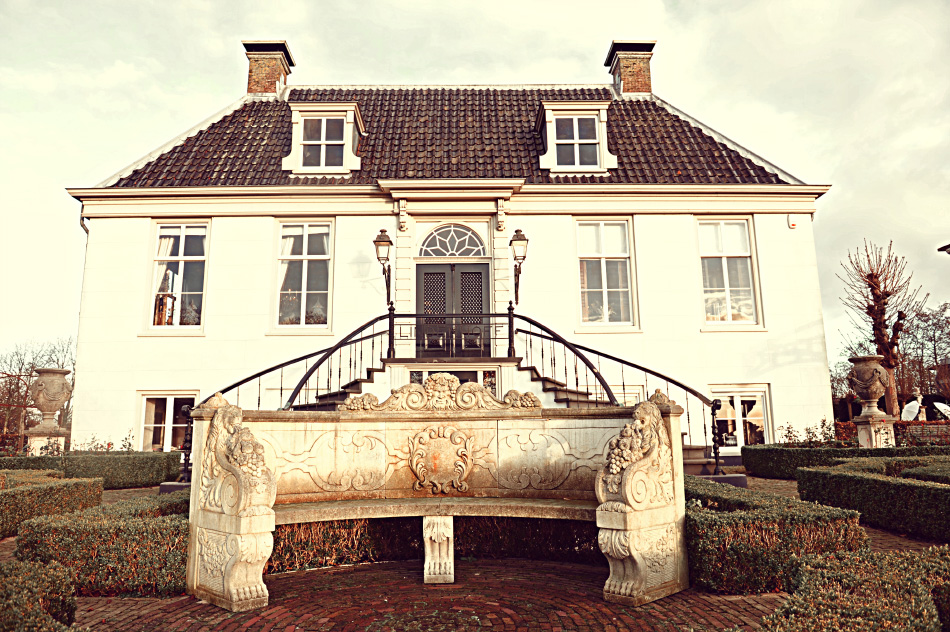 An 18th-century house, once the summer home of a Dutch merchant, is an appropriately grand showroom for the Jonkers’ wares. 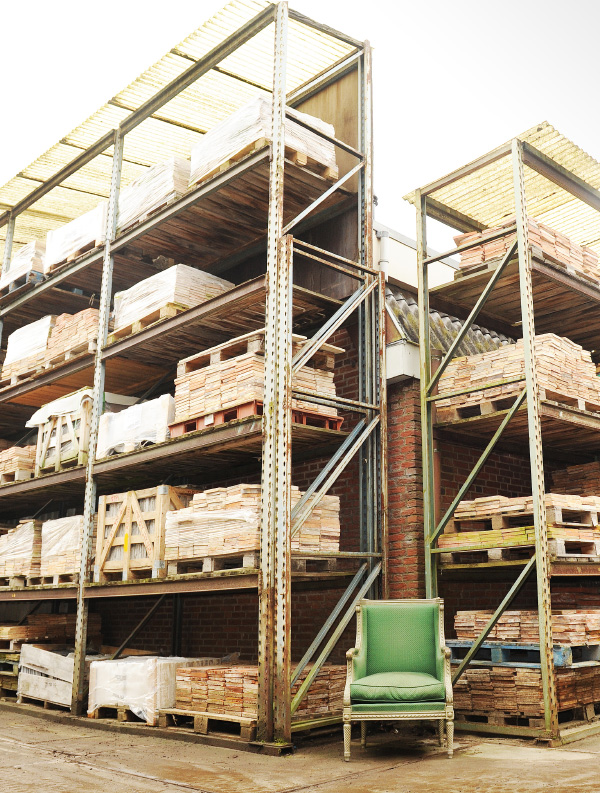 Unique — and uniquely heavy — inventory requires vast storage space, which the Jonkers have plenty of on their expansive estate.

Such finds have included Burgundian paving-stone tiles that have to be extracted by hand, one-by-one, from old floors in former monasteries and then transported via pallet trucks. (The Jonkers have a fondness for what one of their suppliers calls “the heavy stuff.”) The scale of their inventory exceeds a typical gallery space, and so since 1993, they have run the business from a sprawling 65,000-square-foot estate in the Amsterdam suburb of Baambrugge; they live nearby. The family restored the early-18th-century main building, once the summer retreat for a wealthy Amsterdam merchant, turning it into a showroom for their original period furniture and interior elements from France, Italy and Holland. Today, the property is something of a destination in its own right ­— and it can even be privately rented for special events.

Also among the inventory are several hundred stone garden statues, fountains and benches of the sort that populate the walking paths at Versailles or the Mannerist parks of Rome and more than 300 historic fireplaces from France, Italy and the Netherlands, ranging from a massive overhanging 16th-century stone castle hearth to an elegant Louis XVI sandstone piece. But it doesn’t end there. The Jonkers keep two massive warehouses as well, one filled with lamps, chandeliers, tables and fireplaces, plus a trellised garden for statuary and floor tiles, and a barn where even more fireplaces fill two attic rooms.

When Jonker took the helm a few years ago, he shifted gears — but only slightly. “I have a different approach, but it’s only because the market is different now,” he says. “When my father was running the business, people would recreate an antique interior entirely; now it’s more of a combination that people are looking for — something really antique, from the sixteenth century, and then something from the nineteen-seventies and other pieces from different eras here and there. Or they want to have an old thing in a new setting.” 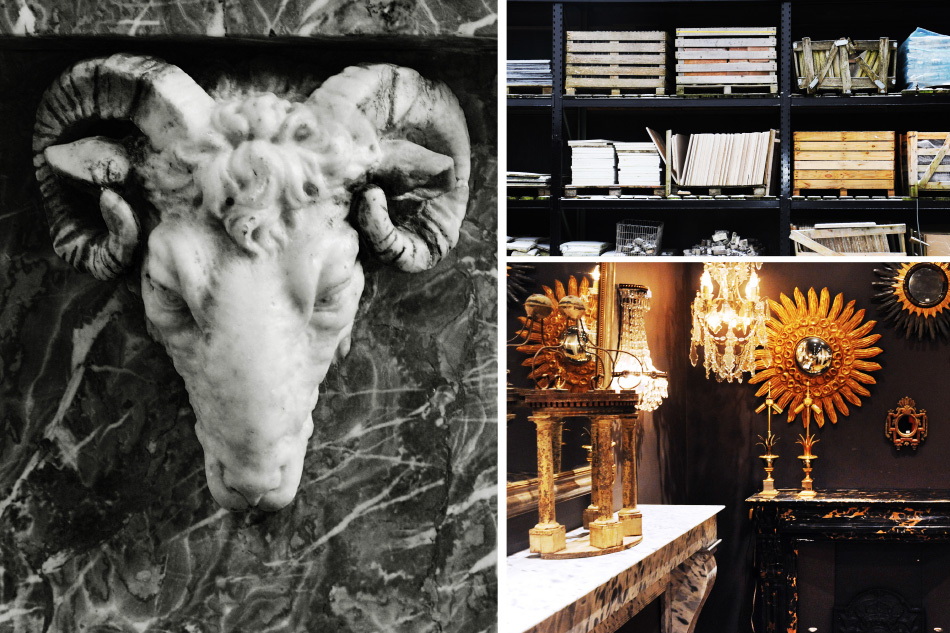 Clockwise from above: A ram’s head adorns a marble console; a detail of outdoor storage shelves; in addition to “the heavy stuff,” Jonker also offers glittering chandeliers, decorative objects and delicate mirrors. 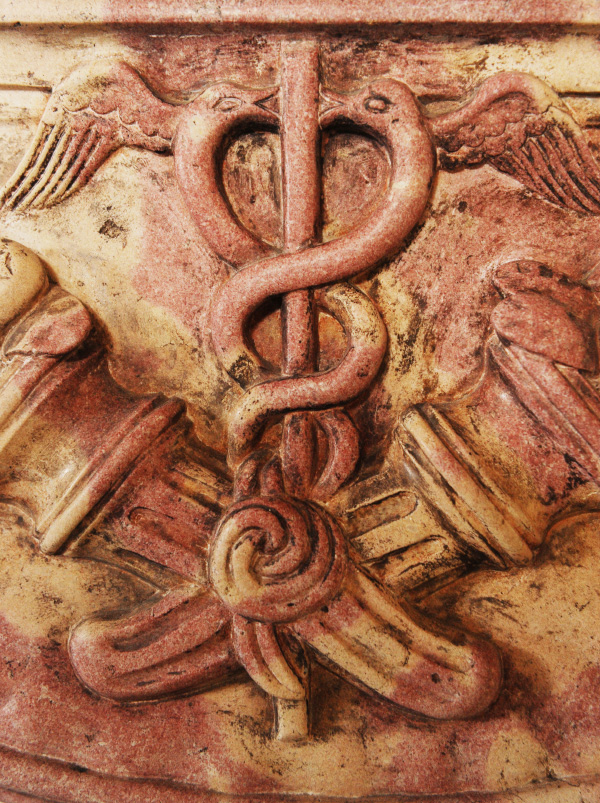 Such intricate stonework detailing characterizes pieces in the Jonker inventory.

That change, he says, occurred perhaps a decade ago, inspired by interior designers such as the Belgian Axel Vervoordt. This new approach has led to clients’ buying and Jonker’s collecting in a slightly looser way: Rather than following more rigid period schemes, the quest is now for items that work well together even if they’re from completely different times. It also means that he doesn’t mind working with both authentic antiques and very convincing reproductions, which come at a lower price point. But he still uses his early training and intuition to tell a period piece from a copy.

“I don’t see it so much as a bad thing as long as whoever’s selling it tells you it’s new,” Jonker says. “It can just be a beautiful thing in itself. What is maybe different in our shop from other antique shops is that I don’t work with a certain era — it’s about the item having a character all its own.”

Sebastian Jonker shares his thoughts on a few choice pieces. 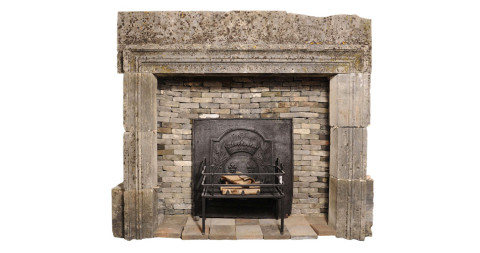 “We have so many fantastic fireplaces in our inventory. I particularly appreciate this one because of its beautiful and old weathered patina in combination with the simplicity of its straight lines.” “This piece is special because it’s very different from the classical antique chandelier. It was used in officers’ tents during Napoleon’s campaigns, so it’s easy to transport and easy to dismantle, with no glass parts that can be damaged.” 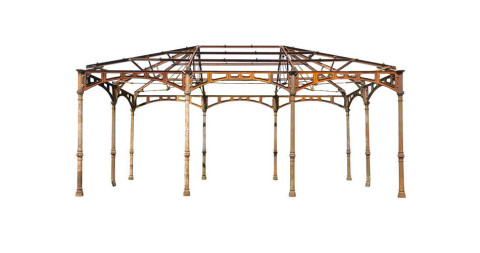 “I’m proud to have this piece because it’s one of the largest antiques I have ever bought — a complete outdoor market hall from Aubin, a town in France. It was damaged in the Second World War, and, when I came across it, it was just a pile of metal. I found an antique postcard of it from before the war, and I went to Aubin with some of my guys, and I told them, ‘If we can put it back together in one day, I’ll take it back with us to the Netherlands.’” 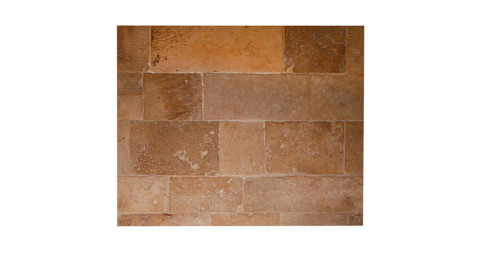 “This is one of our oldest limestone floors. It comes from a medieval cistern dating from 1574. We were able to buy the floor from the government because it was converting the entire structure, including the subterranean levels, into an office and taking out the old stones.” 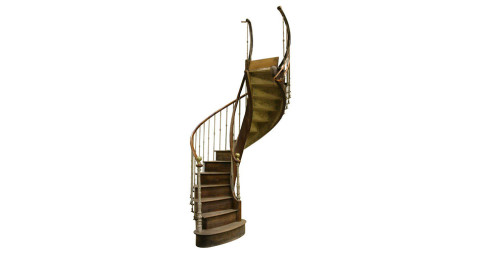 “I love this beautiful 19th-century Italian wood spiral staircase for its original floral paintwork underneath the stairs and its lovely cast-iron bars. It is one of the most handsome small staircases we’ve ever had.”