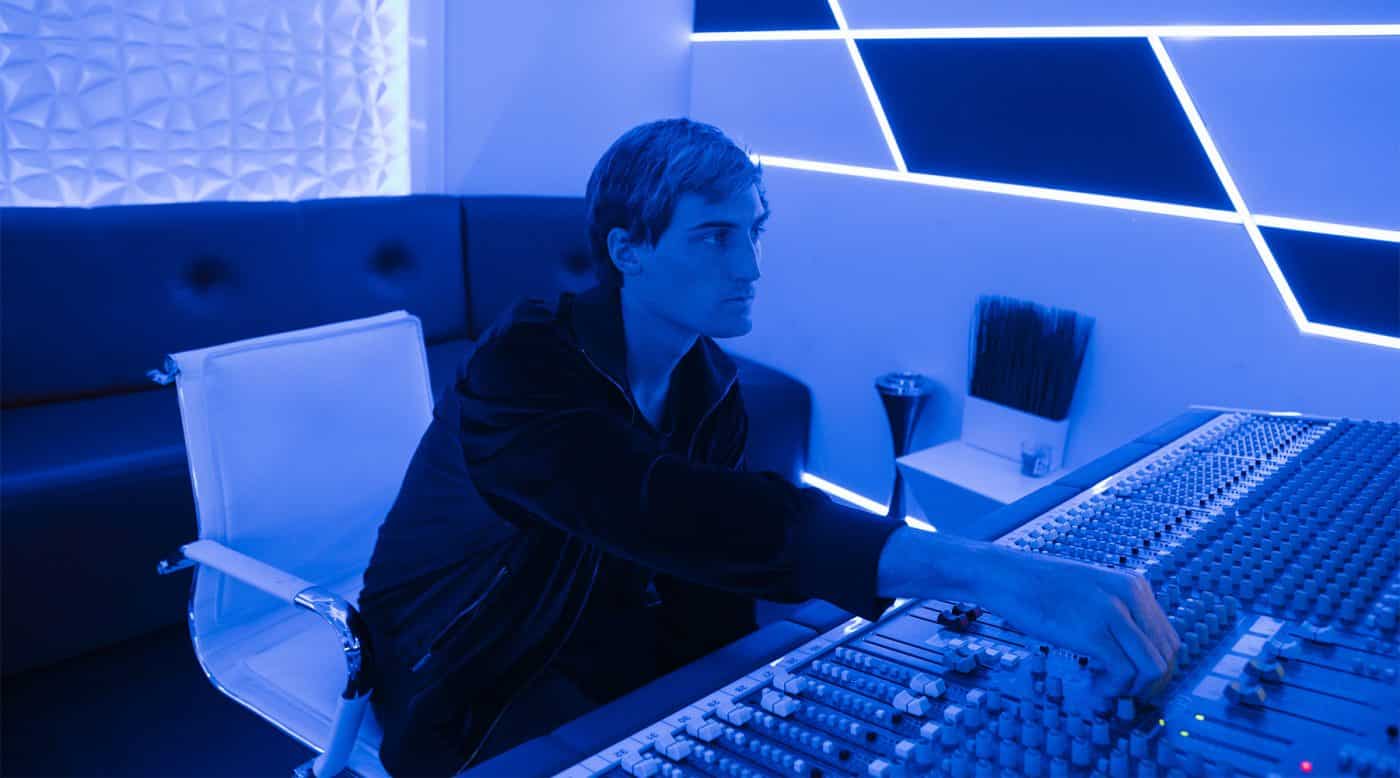 The Florida native tapped a dozen digital artists to create new animations themed around the ocean, and he created an original score for each one.

November 7, 2021For as long as artists have been wielding paintbrushes and pencils, they’ve been attempting to capture the drama and beauty of the sea. Artists as disparate as Théodore Géricault, J.M.W. Turner, Katsushika Hokusai, Claude Monet, Marsden Hartley and Vija Celmins have found inspiration in its formidable power, vastness and unpredictability, as well as its rejuvenating tranquility and mesmerizing rhythms.

But many young creators working today understand the sea also as a fragile ecosystem whose coastlines and marine life are threatened by global warming and pollution. For “Oceans Lost,” 1stDibs’ latest NFT exhibition, a dozen digital artists each created a work intended to train attention on rising sea levels and all that we might lose as the oceans warm.

“The theme of the show is focused on the symbolic and physical state of the ocean and its relationship to human activity,” says Tom Leas, aka PLS&TY (pronounced “please and thank you”), a rising NFT artist and a star in the electronic dance-music scene, who curated the show. “I grew up a block from the beach, and I think of the ocean as my home,” adds Leas, who lives in Palm Beach, Florida, and New York City. “I never take it for granted, and I fear its destruction.”

The show as a whole, he says, “encapsulates the beauty of our ocean and everything we might lose as a result of climate change.” A portion of the proceeds of each sale will be donated to Ocean Conservancy, a nonprofit working to combat industrial threats to the marine environment, including discarded plastic and global warming.

The 12 NFTs made for “Oceans Lost” are clearly not the seascapes of decades past. They are, rather, immersive experiments in sound and vision. While Leas has been building a following of devoted PLS&TY fans since 2016 with music he describes as “futuristic pop,” he has also had his eye on the visuals surrounding his projects. “I’m very conscious of the graphic output and how the PLS&TY project is portrayed on the visual side of things — album covers and animated tour visuals for live performances and so on,” he says.

Known for collaborating with other musicians on albums, Leas has also worked with numerous digital artists to create the look and feel of the PLS&TY experience. “I’ve always thought the visuals were so cool, but there was rarely a use case for them aside from the purpose they were serving,” he says. “When the NFT space started moving, it was an ‘aha’ moment.”

Leas composed short soundtracks for all the pieces in “Oceans Lost,” working closely with the artists. So, collectors get original scores embedded in their NFTs.

He first dived into the NFT space in August 2020, with the limited-edition vinyl release of his Very Special EP, which features musicians Sean Kingston, Alex Aiono and Wifisfuneral. Buyers of the NFT were shipped the vinyl record once they burned, or destroyed, the token — a process exemplifying the hybrid physical-virtual nature of the collectible NFT sector. More recently, he launched an audio-visual project called “Synapses” on the Solana platform, and all 2,000 of those NFTs sold out quickly.

For Leas, working with the subject of the sea presented an opportunity to experiment with sounds he’s collected along the coast. “I spend as much time on the water as possible, and I often record sounds of the ocean,” he says. He incorporated those field recordings into the soundtracks he composed for the NFTs of “Oceans Lost,” which all started with the visual image.

Each artist visualized the subject from a different perspective. They range from the enigmatic and unnerving, to the soothing and optimistic, to kitschy and amusing. Nick Greenwalt’s Seas the Day — a tropical scene with palm fronds, turquoise waters and a splashing dolphin — stylistically calls to mind a retro take on one of Henri Rousseau’s jungles, but here the subject is a sunbathing skeleton lounging on a raft, tapping its feet to the beat of PLS&TY’s jazzy soundtrack as the world presumably swelters around it.

German-based artist Markus Kanzler, aka Marterium, tackles the issue of human intervention in the oceans in Imus, a large metal sculptural form that seems to have indiscriminately dropped down from above onto a rock.

“It’s a symbolic anchor that represents our direct involvement in the maritime environment, disrupting the mystery and peace that lies below the water surface,” Kanzler explains. There is a strong contrast between the man-made and the natural here, while the aesthetic appeal of the anchor’s gleaming patina and curious, sinuous shape seems designed to deceive the beholder. It’s not surprising to learn that the artist has a background in psychology.

The artist shifts the view from above the ocean’s surface to below, where we see ruins but also signs of marine and human life in the green water. A close look reveals that the island is not a piece of land but a giant, decomposing demon-like head with a menacing grin. The soundtrack, meanwhile, is strangely optimistic, as if to alleviate the foreboding.

“Sound is very underrated in what we’re doing,” says New York–area 3D artist Jacob Stillman, of Stillman Visual, who created an immersive environment for “Oceans Lost” in the form of a mesmerizing 30-second animated video of a lush underwater garden. Each time the viewer “swims” through it, dazzling new details emerge in sync with Leas’s harmonic soundtrack, instilling an uplifting, open-ended feeling of discovery.

“I want collectors to have an emotional connection to the work,” says Stillman, who has snorkeled on the Great Barrier Reef and spent hundreds of hours experimenting with digital tools to represent the look and feel of the sea, from the way the light shines below the surface to underwater movement and waves.

Stillman has returned again and again to the ocean in his art, but this piece, titled Ecosystemic Harmony, may be his most elaborate treatment of the theme, uniting characters he previously displayed independently.

“Long-term fans will recognize certain creatures I’ve used in past works, specifically the Diver and Pink Squish starfish. They have significant emotional importance to me. They really helped me in getting through some depressive and lonely states and represent a childlike curiosity I feel toward the natural world,” Stillman says.

Jessica Ticchio, a Sydney–based artist and art director, says that creating a sense of “peace and calm” through her visuals is key, even as she seeks to sound alarms about rising sea levels. Her animation, Liquid Time, depicts a stylish living room surrounded by the sea tinted in alluring hues of pink and purple.

“The scene looks dreamy and utopian,” she says, “but something isn’t right. Is time passing, or is it standing still? In every moment passed, the ocean is rising.”

Ticchio uses a combination of hand-drawn illustration and digital 3D tools to create her luxe but minimalist-looking interiors. Although her images seem grounded in reality, Surrealism is the inspiration underlying everything she makes, she says: “Animation has liberated me by giving me a way to create my own dimension —  a space to push the boundaries of design and explore bending reality.”

This is the first time Ticchio has experimented with sound. “It’s allowed me to add a whole new level to the experience of my work,” she says. “In my eyes, the ultimate viewing experience would be creating a state of full sensory immersion — think dim pink lighting, my visual looping as a full wall projection and PLS&TY’s dreamy audio resounding through noise-canceling headphones.”

These digital images may seem a long way from the rumbling gray skies and stormy blue waves built up in oil paint on the canvases of yore, but they just result from a different set of tools allowing artists to express their creative visions and enabling viewers to take them in. 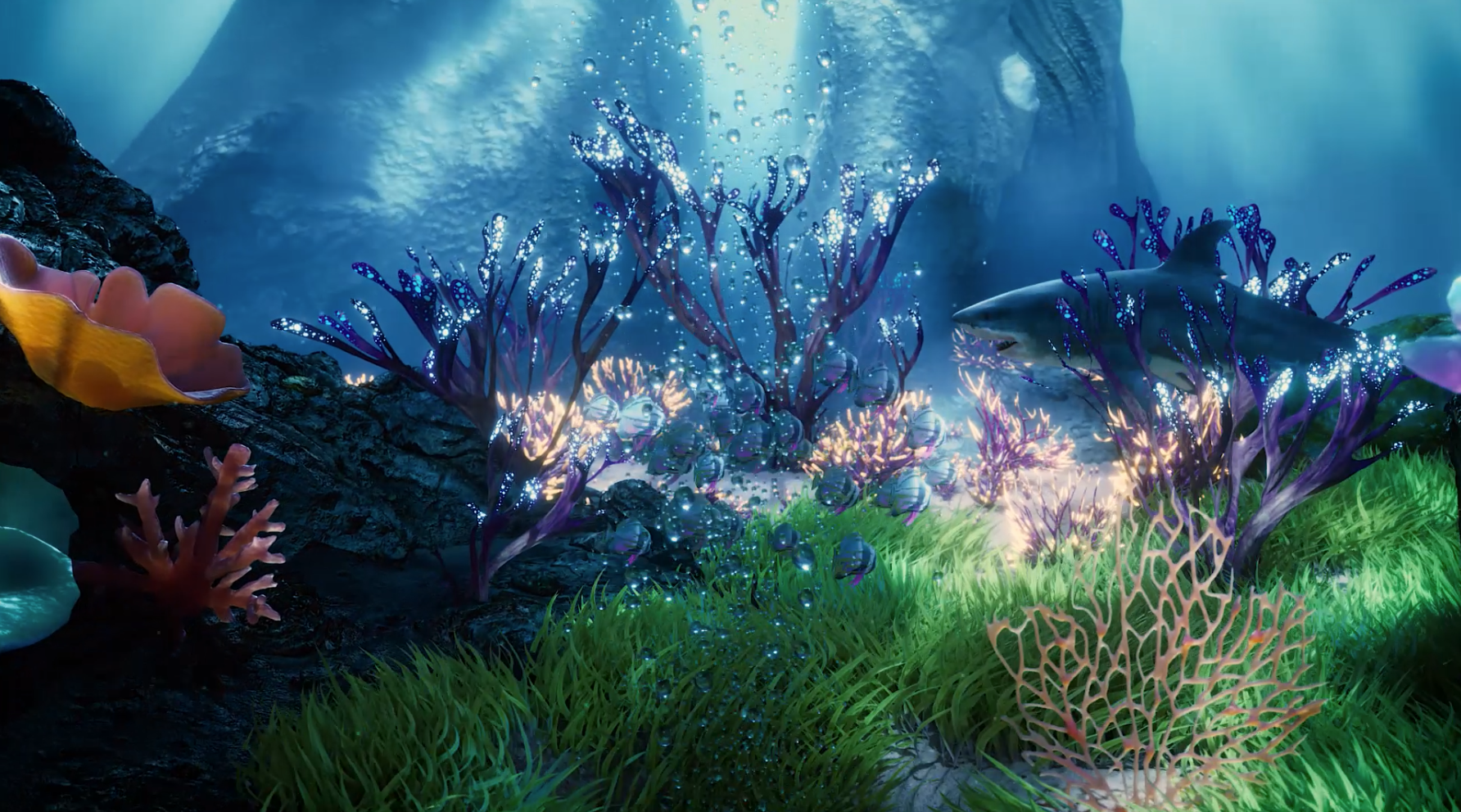