Harnessing the Power of Photography for This Era 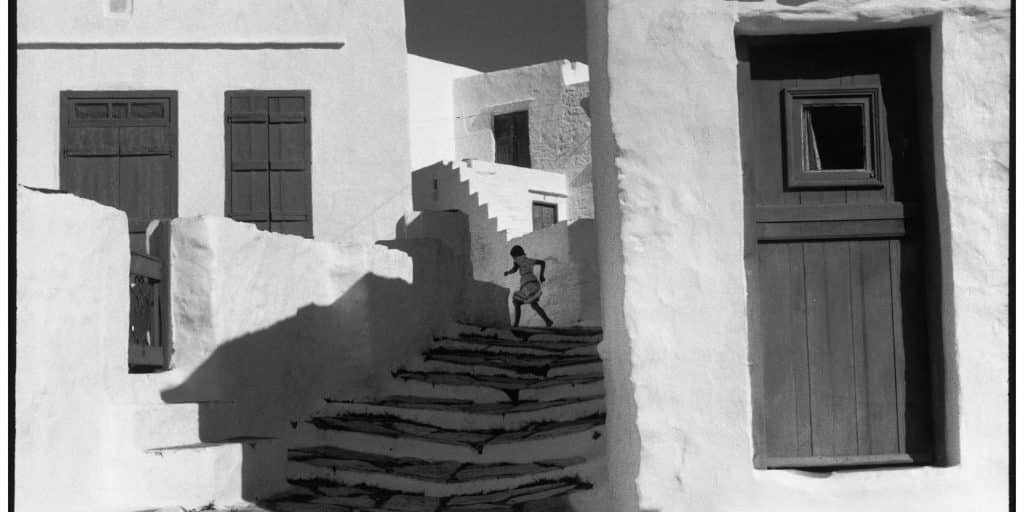 At a moment when we are seeking connection, authentic, humanistic images are especially compelling.

May 31, 2020In March, when the coronavirus pandemic upended life as we know it and sent us all into lockdown mode, the veteran Los Angeles dealer Peter Fetterman planted a seed of sorts. He started a new online series: the “Power of Photography.”

Composed so far of more than 30 images, all in black and white, the series seeks to provide something that feels necessary right now: a connection to fellow humans and the world at large that isn’t accessible otherwise.

Fetterman’s “Powerful” images include the great German lensman August Sander’s Forester’s Child, Westerwald, 1931, showing a tiny toddler on a bike next to a dog, and an ethereal portrait by the first important female photographer, Julia Margaret Cameron, The Dream (Mary Ann Hiller), 1869.

Those names are legendary, as are others on Fetterman’s list — including Robert Doisneau, Henri Cartier-Bresson and Walker Evans — but it also contains people he represents and admires who aren’t famous, like Lilo Raymond (Bed, Amagansett, 1977) and Ernesto Esquer (America In Blue, 2017).

“It started as therapy for me,” Fetterman says of the series, which has been going out in email form and can be seen on his website in its entirety. “What people seek now is authenticity. People respond to these humanistic images.”

The response has been overwhelming. “I get hundreds of emails about this,” says Fetterman. “I feel like Mother Teresa.”

He is not alone. The New York photography dealer Yancey Richardson received a surprise email from a client in the Hudson Valley who is living with images by Jodi Jacobson and David Hilliard:

“I just wanted to tell you how much pleasure we are getting out of the photography that we’ve purchased from you over the years. These beautiful things add so much to our being here and keep us from feeling lonely or disconnected. When everything else crumbles, we’ll still have art and artists.”

Richardson was heartened by the note. “It’s such a strange, uncertain moment,” she says. “Photography gives people something to grasp onto. It’s soul lifting.”

The dealer has found herself gravitating to the work of many image makers in her stable, including Zanele Muholi, Masao Yamamoto, Kenneth Josephson, Mary Ellen Bartley and Sharon Core. “Artists have the ability to see the simple, common things that are right in front of us,” she explains, the very things that can reassure us.

Even the second-hand viewing of photos seems to bring people comfort today. Richardson showed off her personal art collection during an Aperture Foundation Zoom call meant to be an open-house-type event. The 65 viewers especially appreciated two still-life shots from the “Early American” series of Sharon Core, who lives about three miles from the dealer. “At her Hudson Valley property, she grew all the fruits and vegetables in the compositions to create works that hark back to the early nineteenth-century paintings of Raphaelle Peale,” says Richardson. “The quietude of these photographs seems a perfect metaphor for our suddenly stilled lives.”

For some, photographs can be a bit of escapism, softening their current stress with an image from a happier time. How nice it would be to teleport to the sleek mid-century calm of a Pierre Koenig–designed home, as famously depicted in Julius Shulman’s 1960 Case Study House no. 22, Los Angeles, with its cantilevered cocktail party jutting out over the city’s twinkling lights at night.

But the acclaimed Los Angeles photographer Catherine Opie, who shows with Lehmann Maupin and has a solo Guggenheim exhibition on her CV, asserts that she’s leaning into the harsh reality of the moment.

“Photographs are different these days,” she tells me. “The ones I like best are from those people who are bearing witness, like images of the protestors who want everything opened up. Those are compelling for me now.” She adds that she’s even a bit “jealous” of the photographers out in the field who are taking them.

Perhaps that makes sense, given her own unflinching portraits of marginalized and overlooked communities. Opie recently returned to L.A. from her country place, and she’s determined to make her own record of current events.

“I am pulling out my banquet camera, and I’m going to go around the city and photograph different things,” she says. “I don’t exactly know what to make of this, but we’ll see.”

Jeff Rosenheim, the curator in charge of photography at the Metropolitan Museum of Art, insists that the “splendid art form” he specializes in has not let him down.

“Photographs are markers of time,” says Rosenheim. “They show us where we are now. Just the New York Times images of cities that we have never seen empty now with no people at all in them — those affected me.”

What he calls the “photography of emptiness” has been on his mind, as the pandemic changes the way we look at existing images. Another of the medium’s powers is its flexibility, eliciting different perceptions depending on our mindset.

“When the Met closed, I had just opened a show called ‘Photography’s Last Century,’ ” says Rosenheim, referring to the exhibition of Ann Tenenbaum and Thomas H. Lee’s collection. “Now, I am looking at the pictures differently.”

One of those images, Andreas Gursky’s Prada II  — at 10 feet long, the biggest in the exhibition — depicts the luxury brand’s shelves with all its shiny handbags removed digitally.

“It had a very specific quality of absence — but now it’s about no toilet paper on the shelf,” explains Rosenheim, who asks, “Can art be a predictor of the future?”

A little magical thinking is understandable in these times. The New York dealer Laurence Miller, who has run his namesake gallery for 36 years, certainly understands the medium’s potential. “Photography grounds us, but it also expands us,” he says.

More than a year ago, Miller started sending out a burst of photos every week to his email list. “I don’t want any two weeks to be the same. If one is funny, the next is sad,” he notes.

Not surprisingly, March saw a shift. “At week eighty, they started to change,” says Miller, explaining he wanted to beef up the inspirational quality and give a “boost” to some of his artists as well as to viewers and collectors.

A recent convert to yoga, he thought the practice presented a perfect uplifting theme, so he picked images of stretching, contorting and balancing bodies by André Kertész, Sylvia Plachy and others.

The star was Alfred Eisenstaedt’s Ice-skating waiter, Grand Hotel, St. Moritz, 1932, in which the subject glides with preternatural ease, one leg up, holding a tray laden with glasses and a bottle.

The image, with its lightness, seems impossible right now — not only the physical feat but the very concept of restaurant. So, we hold on to the image, and it makes us just slightly more buoyant amid the heaviness of current events.

As Fettterman puts it, “Great photographers capture the whole world in a single frame.”

Explore Photography on 1stDibs
Shop All