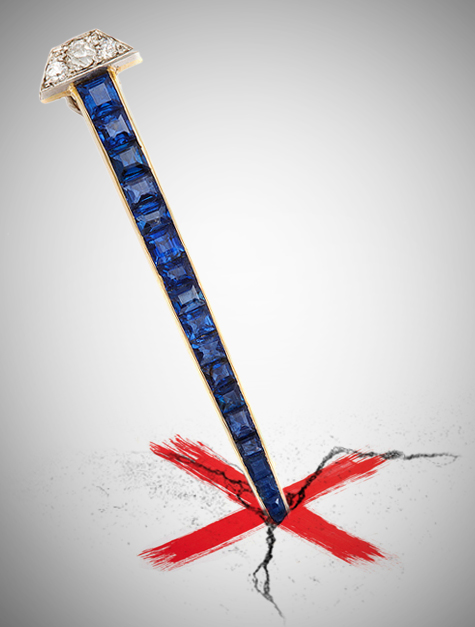 May 8, 2013Like the punk movement being celebrated in an exhibit at the Metropolitan Museum of Art, this Art Deco sapphire-and-diamond nail pin by Lacloche Frères, offered by A La Vieille Russie, pierced convention by transforming an everyday object into a thing of beauty.

Though it happens only in New York, fashion adherents worldwide eagerly await the annual spring fashion exhibition at the Metropolitan Museum of Art’s Costume Institute. And now, following 2011’s blockbuster Alexander McQueen show and last year’s on designers Elsa Schiaparelli and Miuccia Prada, expectations are running high for “PUNK: Chaos to Couture,” which opens tomorrow, May 9, and runs through August 14.

In advance of the show’s opening, 1stdibs fashion director Clair Watson spoke with its organizer, Costume Institute curator Andrew Bolton, about punk’s revolutionary influence on the evolution of fashion, culture and couture. Why punk and why now?

Punk upended long-held ideas about age, gender, sexuality and even race. It was an extraordinarily brave movement, heroic in a way. Kids were creating garments that went beyond couture because one person in the world had this particular customized jacket, or that T-shirt. Punk was provocative and confrontational and it epitomized individuality and originality. “PUNK: Chaos to Couture” looks back to a time when fashion was driven by youth and by the street. It is a reminder of a time when innovation was prized above all.

To what forces does punk owe its origin?

Punk reflected a time of recession. In the mid-’70s urban kids felt disaffected, alienated, nihilistic. Innovation was their anthem for a future they could not see. In England, punk was fueled by sociopolitical realities and anger, whereas in America punk had artistic or literary underpinnings. Punk’s legacy is the idea of “Do It Yourself,” upending notions of a sole creative source such as a designer or an artist. It was very empowering. Those kids owned their own creativity, their own cultural persona. 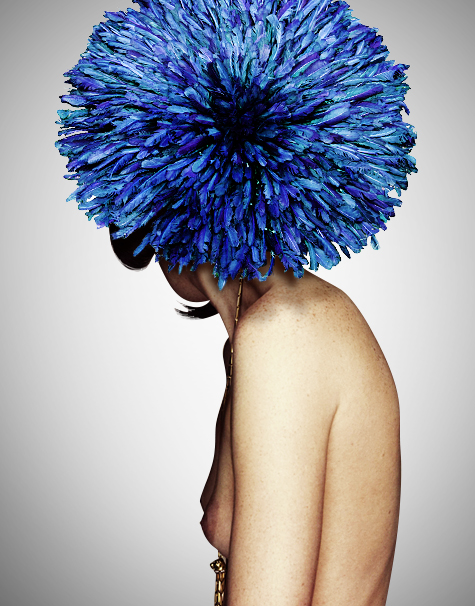 The mannequins in the Met exhibit wear headpieces designed by Guido Palau that evoke this vintage Cameroon feather headdress, offered by Liza Sherman.

How did punk influence couture?

Apart from its raw visual language, what high fashion found so compelling was punk’s honesty, authenticity and integrity. But designers like Rei Kawakubo, for example, evolved punk intellectually by co-opting the paradigm. She extended the language of punk by making something ugly beautiful. Designers like Rei, John Galliano and Miuccia Prada all consistently create fashion that dramatically changes perceptions of beauty.

Mark Hadawy, co-owner of the vintage fashion store Resurrection, has pointed out that the ’70s were the first time subversive graphics were worn, promoting punk’s ideas to a mass audience.
Punk’s graphics were artistic statements transmitted by a humdrum T-shirt. Jamie Reid was an art school anarchist responsible for most of the iconic graphics one associates with the movement. I have dedicated a room in the exhibit to T-shirts, and those graphics are just as shocking now as they were then. Maybe even more so because of today’s political correctness.

Why does punk stand the test of time?

Nothing has come along that has been as radical, shocking or has so dramatically changed our ideas of beauty. Fashion today is concerned with gradual changes, evolution. But we all love revolutionaries. Punks were the last fashion heroes.

On the following pages, we’ve selected photographs from “PUNK” (all courtesy of the Metropolitan Museum of Art) to illustrate the movement’s far-reaching tentacles, as exemplified by select items in the 1stdibs inventory. Click here to shop these and more. 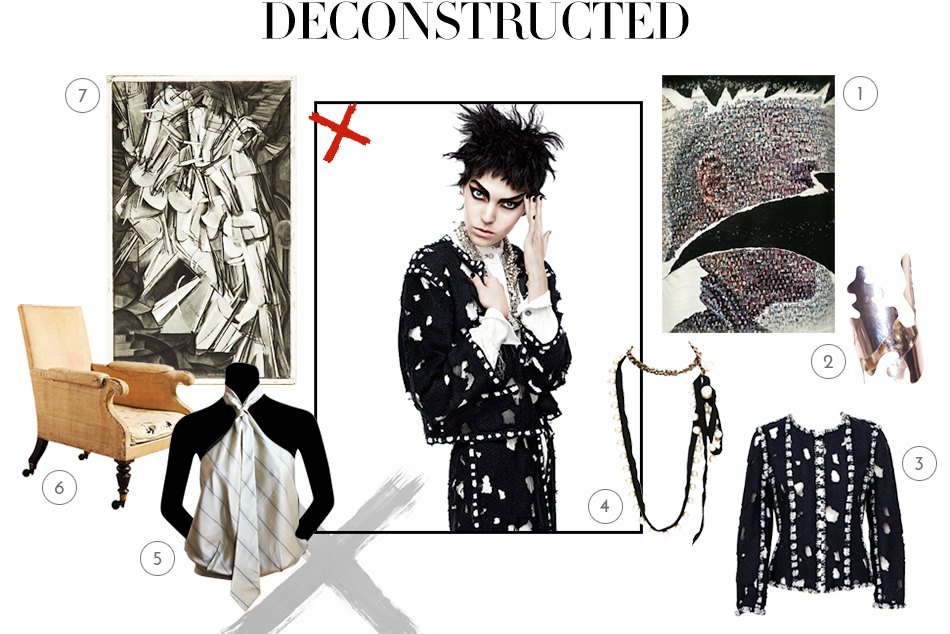 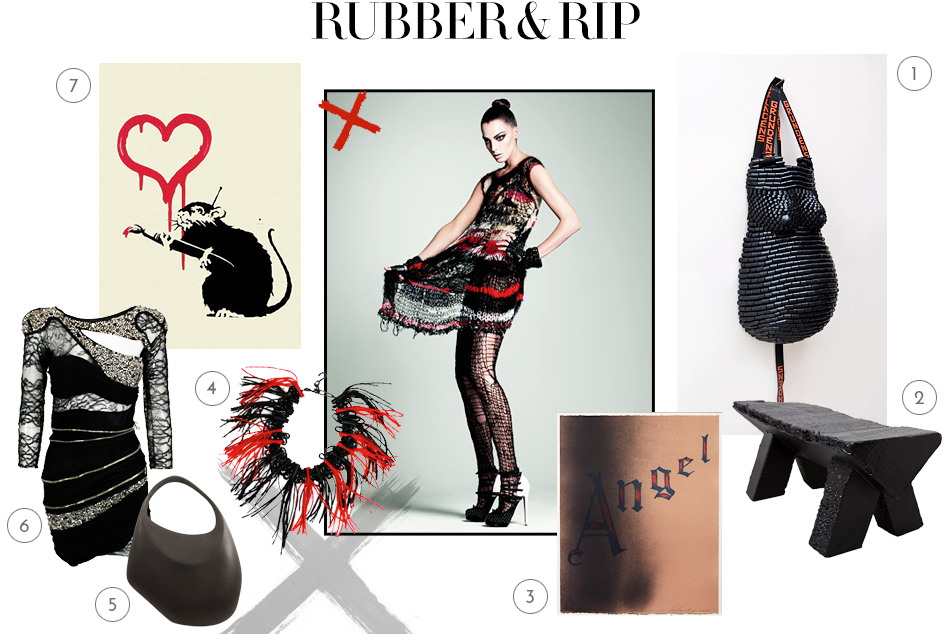 For July 2008’s Vogue, David Sims photographed a dress by the sisters behind Rodarte. 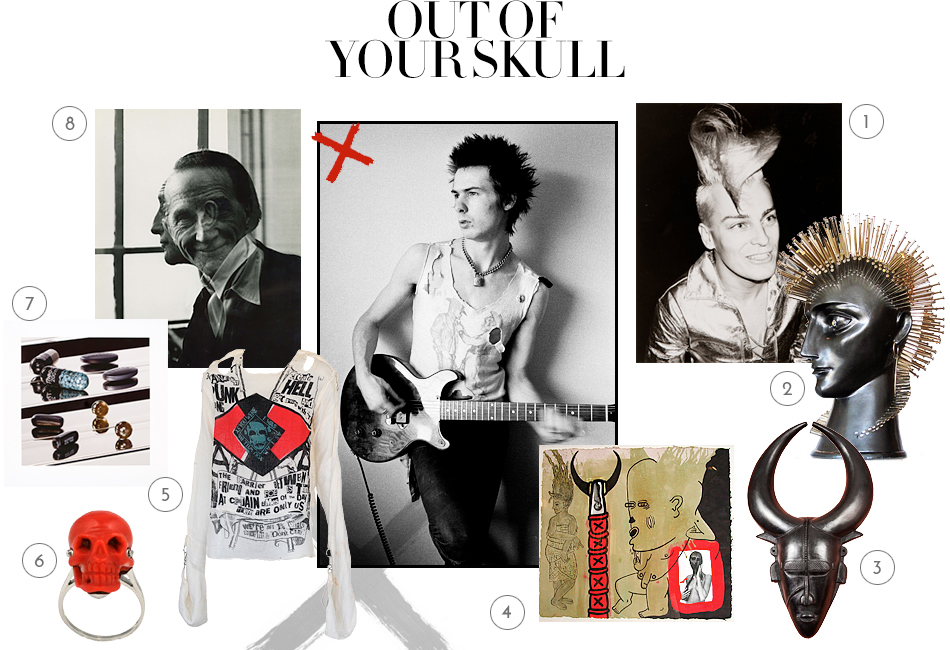 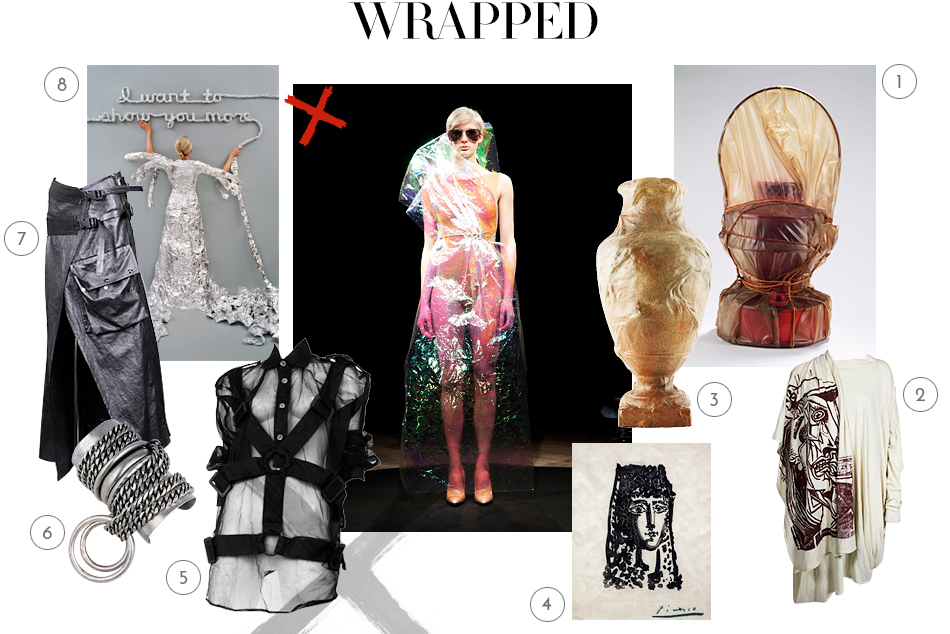 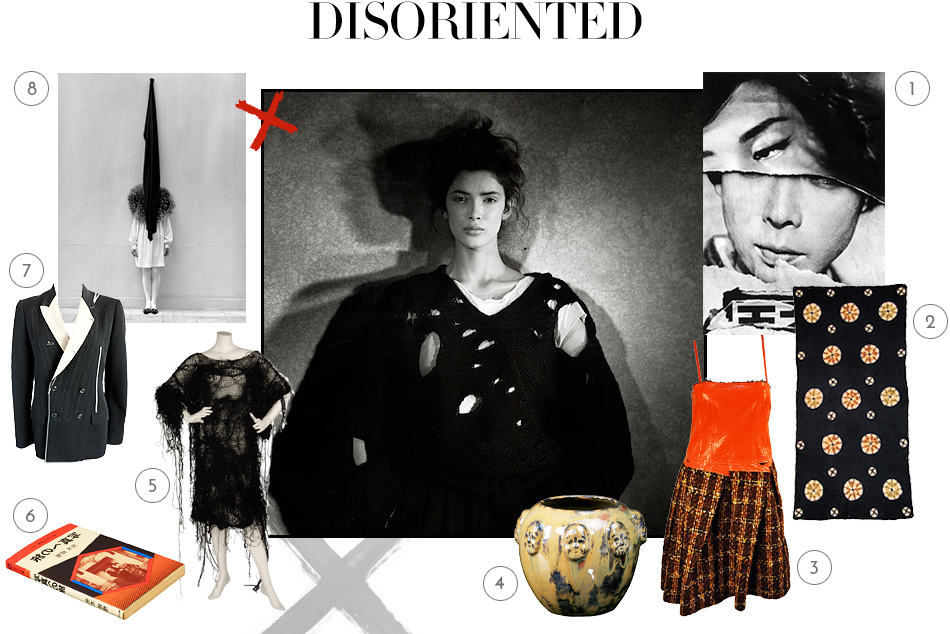 Peter Lindbergh shot this sweater by Rei Kawakubo for Comme des Garçons in 1982. 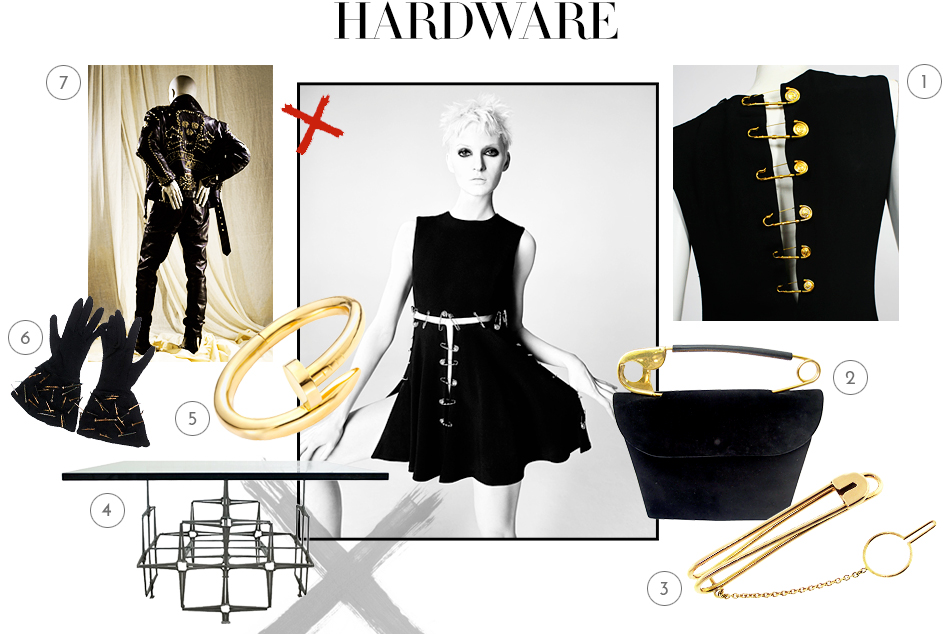 This image by Satoshi Saïkusa of a look from Gianni Versace’s Spring/Summer 1994 collection graced the pages of French Vogue in February of that year.