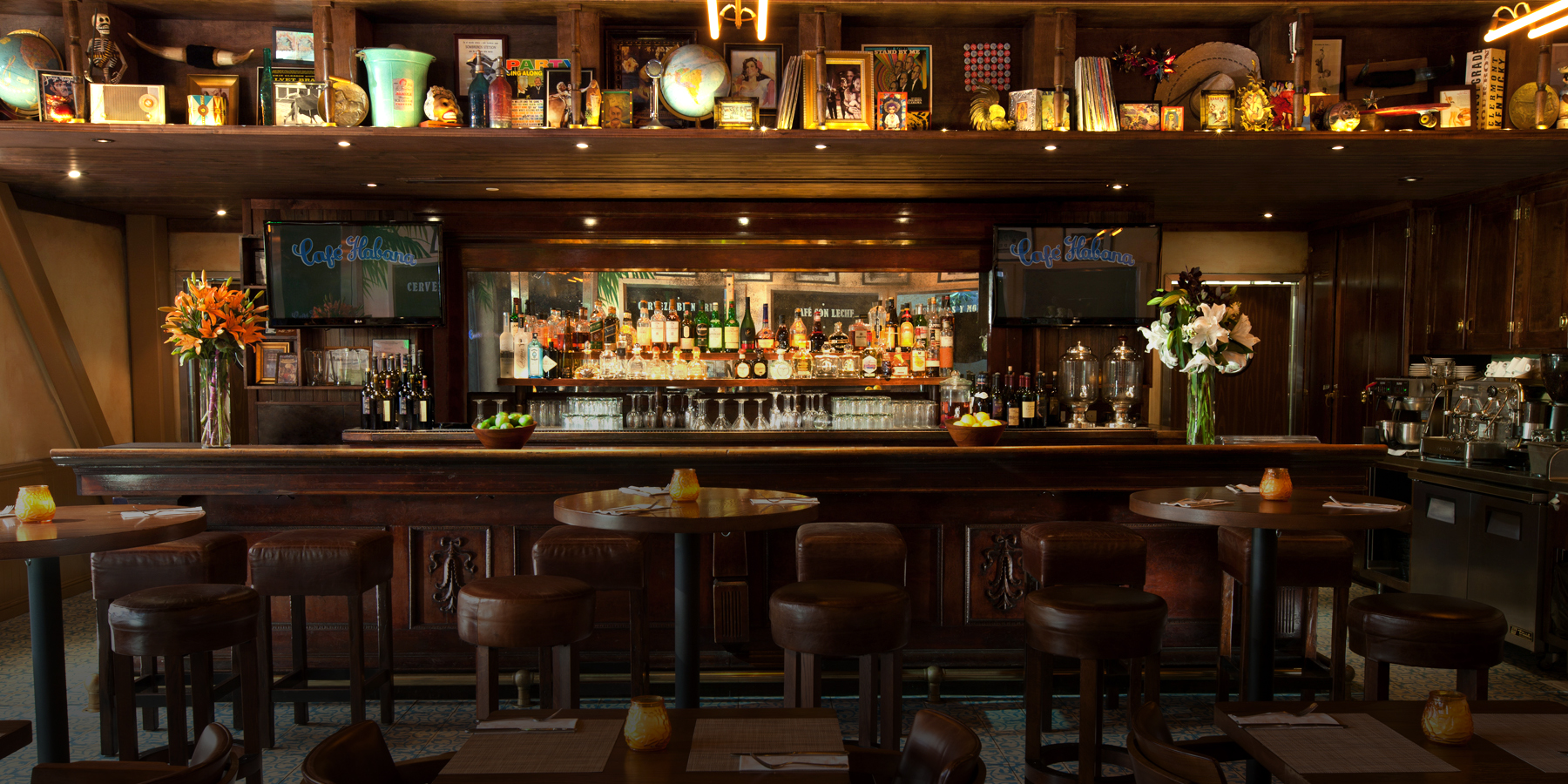 Call him the Midas of Malibu: Everything Rande Gerber has a creative hand in turns to gold — whether A-lister lounges in cities across the globe; the stunning homes he shares with his wife, Cindy Crawford; or the tequila brand he created with pal George Clooney. 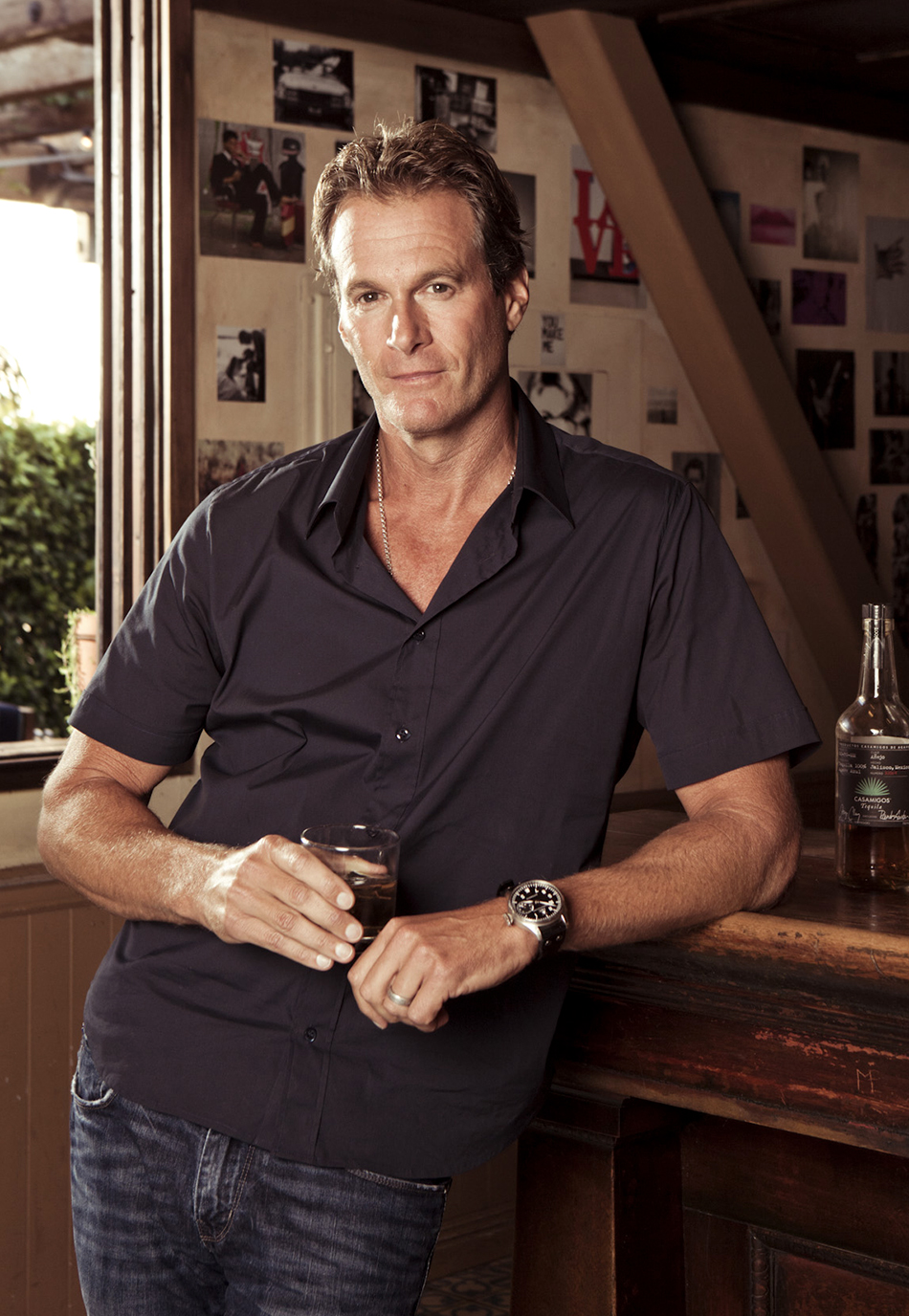 “Everybody wants to meet new people in a beautiful place where they don’t feel uptight,” says entrepreneur and nightlife impresario Rande Gerber,  whose Malibu destination Cafe Habana is shown at top. Photo by Samuel T. Frost, above photo courtesy of Cafe Habana Malibu

Rande Gerber, the tall drink of water who gave the spirits industry a stiff shot in the arm in the 2010s with his Caliche rum and Casamigos tequila brands, has built a stylish global empire of restaurants and lounges — all from the comfort of his living room. The relaxed, masculine feeling of his own home was Gerber’s business and design inspiration. “I really wanted a bar to feel like my New York apartment,” says the nightlife impresario who two decades ago founded the Gerber Group, which is now managed by his brother Scott and has 18 venues in luxury hotels on three continents. “At five o’clock, I didn’t want to be sitting in a loud, rowdy bar,” he explains. “I wanted to meet some friends after work for a drink somewhere comfortable with nice lighting,”

Fortunately, Gerber, a commercial real estate agent in the early 1990s, was representing hotelier Ian Schrager, who was looking for someone to take the bar space in his Paramount Hotel near Times Square. “He didn’t like anyone I brought in,” Gerber recalls “So, he said, ‘Why don’t you just do it? You can design it the way you want.” And so, within a property famously created by Philippe Starck, Gerber worked with designer David Rockwell to turn an 800-square-foot space into The Whiskey. Opened in 1991, the intimate A-lister lounge spawned an L.A. outpost and two brand extensions, Whiskey Blue and Whiskey Park in New York, Atlanta, Ft. Lauderdale and Santiago, Chile. The first Whiskey was, Gerber says, “a little jewel box with deep couches, club chairs and cork walls. We didn’t have any overhead lighting, just wall sconces. I wanted everyone to be able to make eye contact and look good. I learned that no matter where you are, everybody wants to meet new people in a beautiful place where they don’t feel uptight. And if they look good, then they feel good, and they’ll want to come back.”

That simple philosophy — call it the sociology of socializing — along with Gerber’s innately swank aesthetic and collaborations with top-tier interior design firms including Rockwell, Tony Chi, Yabu Pushelberg and Roman and Williams, transformed hotel drinking and dining spots into glamorous destinations. “I’m always thinking about atmosphere, everything you can see and feel: the touch of fabrics, the weight of a heavy rocks glass, the taste of fresh lemons and limes,” says the entrepreneur, who lives in Malibu with his wife of 16 years, supermodel and home décor and beauty mogul Cindy Crawford, and their two children. Around the house, he acknowledges that Crawford calls him “Mr. Ambience.”

In Malibu, the couple created a Jamaican-plantation-style stucco home with a green tile roof and Christian Liaigre furniture. It’s a place, he says, “where people can come in wearing wet bathing suits and with sand on their feet.” They also have an equally kicked-back lake house in Canada, and a compound in Cabo San Lucas, Mexico, designed by the esteemed modernist architect Ricardo Legorreta. The Mexican property consists of two impressive ocean-view homes, separated by a single gate. The Gerbers own one; the other belongs to their friend George Clooney. They dubbed the place Casamigos (“House of Friends”) and started crafting their own tequila. Soon enough, Gerber and Clooney teamed up with real-estate developer Mike Meldman to launch Casamigos tequila, which has won numerous awards and fans — and not just for the product, but also for its sexy short films featuring Gerber, Crawford and Clooney. “George just directed a new one,” Gerber says. “He’s quite good at that.” 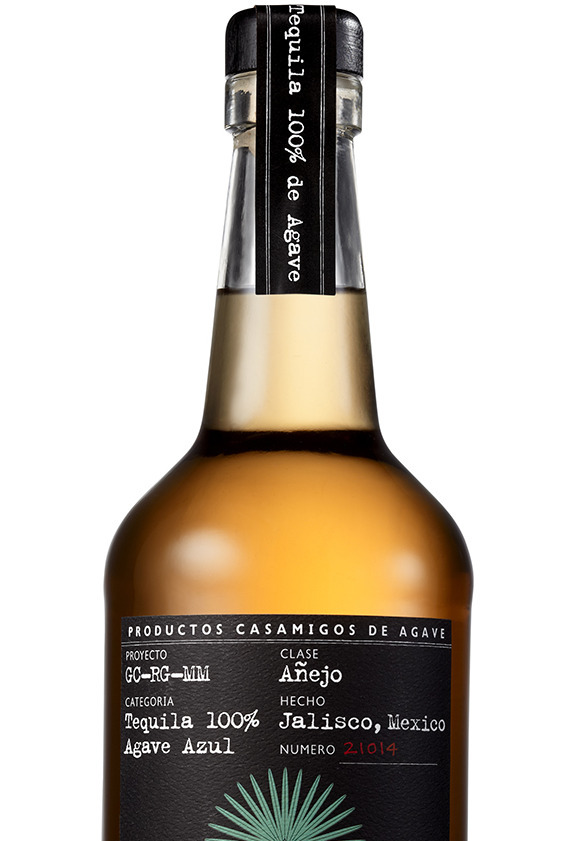 Gerber and partners have recently introduced the third product in the Casamigos line, an anejo tequila that’s been aged for 14 months.

Now, having just launched the third Casamigos product — an anejo tequila aged for 14 months — luxury spirits have become Gerber’s current business focus. We meet at Casamigos HQ in Malibu, just by Gerber’s Cafe Habana, which he decorated in a clever mix of surf shack and men’s club. Known for its Caribbean food, schooner-baked salmon and low-key atmosphere, the restaurant is, Gerber says, “really our family cafeteria, and our friends are always there.” The Casamigos office, with its polished concrete floors and open plan, bears witness to Gerber’s signature modern and masculine style, with tables and shelves made from rugged reclaimed wood, refined Ralph Lauren brass table lamps and, at his desk, an Eames soft-pad Executive chair. A collection of photography, including the work of rock chroniclers Jim Marshall, Bob Gruen and Brian Bowen Smith, line the shelves alongside a hand-tooled leather guitar strap given to Gerber by his friend Kid Rock.

Wearing a made-to-measure untucked shirt, Levi’s and black suede Golden Goose Deluxe Brand shoes, Gerber flops onto a custom sofa by Environment Furniture and props his feet on a coffee table covered in design books, Casamigos leather coasters and scented candles Gerber had custom made. A ping-pong table from fashion designer James Perse’s furniture collection doubles as a staff meeting place. “We pull up the beanbags, get some music and candles going and sit around tossing out ideas,” he explains. “I like working in creative atmospheres, where it’s not just sitting at a conference table.”

“I’m always thinking about atmosphere, everything you can see and feel: the touch of fabrics, the weight of a heavy rocks glass, the taste of fresh lemons and limes.” 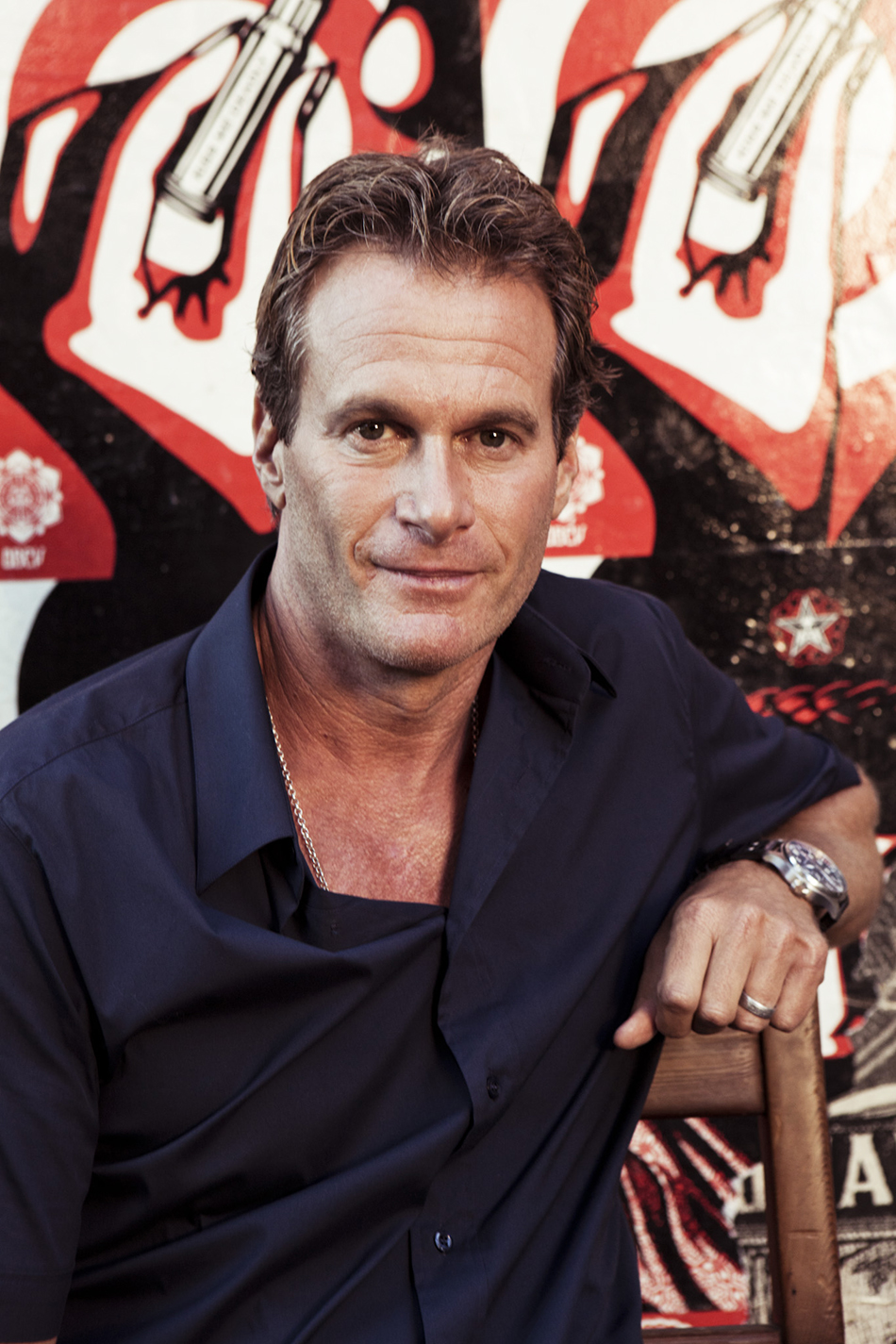 Married to supermodel Cindy Crawford for 16 years, Gerber is the proud father of two children. “As long as I’m with my wife and kids,” he says, “that’s truly home for me.” Photo by Samuel T. Frost

Gerber’s emergence and subsequent success as a designer of nightlife venues, experiences and brands has been similarly non-conformist. Born in 1962, the son of a jeans manufacturer and a homemaker, he grew up with two brothers in Woodmere, one of the famed Five Towns of Long Island. At 10, Gerber moved with his family into a home that came with his own room, which he customized with a mural on the wall and ceiling, beaded curtains instead of window shades and a white S-shaped plastic chair. “It was groovy,” he says, laughing. “A little bit hippie but really contemporary.” A well-rounded athlete in high school, he earned a BA in marketing from the University of Arizona before returning to New York to work as a model and pursue a career in film and television production. “The number one thing I learned is that I didn’t love working for someone,” recalls Gerber. “So I knew I’d have to create something on my own.”

As a businessman and self-taught designer, he is obsessively attentive to details. “I want to be involved in every aspect from where the light switches are going, to how far you’re going to be sitting from the coffee table,” he admits. “I always feel that if I see something that doesn’t look right, everyone else is going to notice it.” For that reason, he is partial to unfussy interiors, but he also prizes custom furnishings and rare finds for both his own homes and his businesses. “I don’t like going to stores where everyone can buy the same thing,” Gerber says. “On 1stdibs, if I see something amazing, once I get it, no one else can have it.”

There’s nothing he can’t live without, however. “As long as I’m with my wife and kids, it doesn’t matter where it is, that’s truly home for me,” Gerber says, smiling. “If there’s a beautiful view, music, someone interesting to talk to and a drink in my hand, I’m happy.”