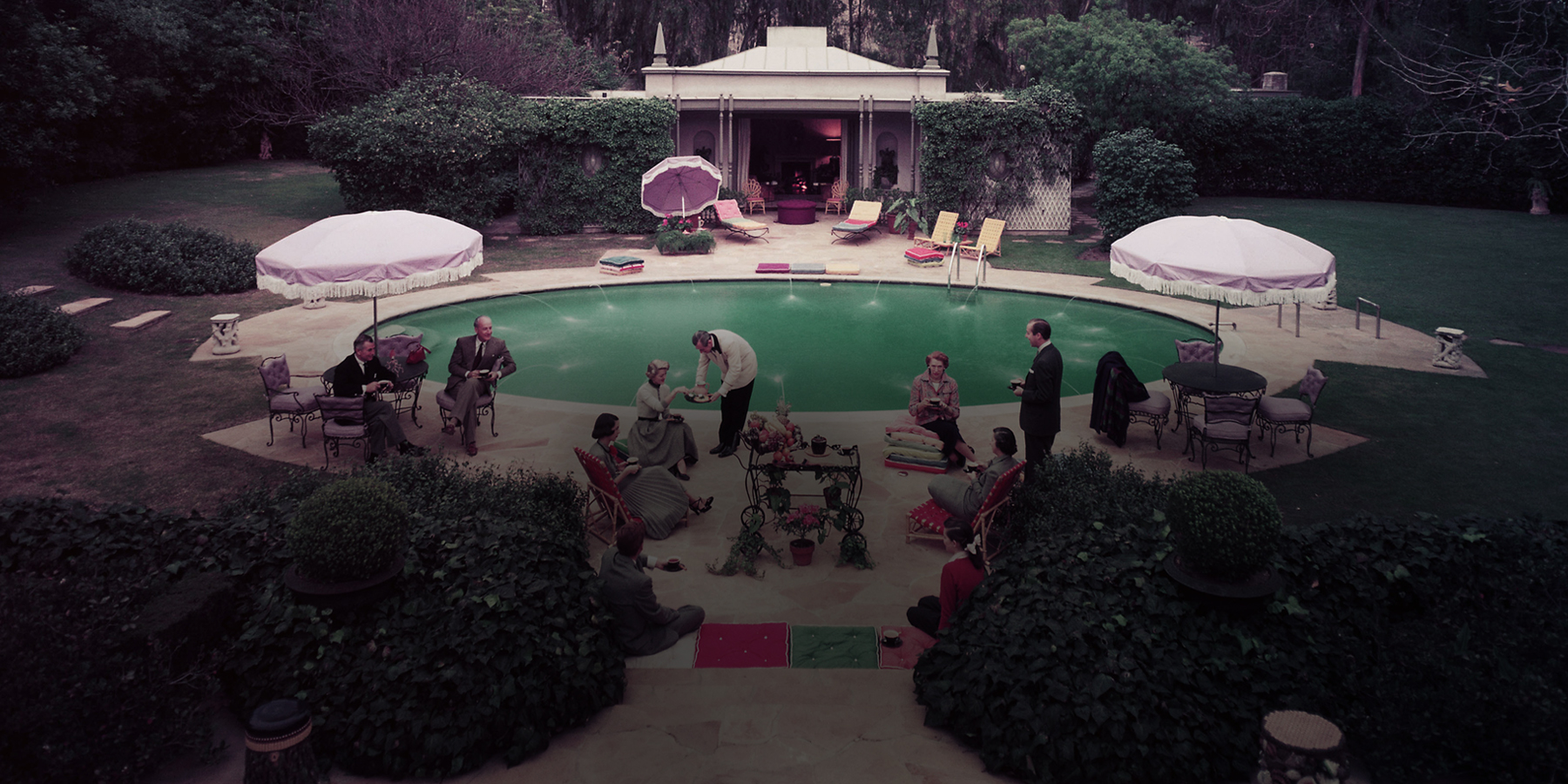 The keenly observed, and highly collectible, hand-annotated photos of Slim Aarons, the famed mid-20th-century photographer of the beau monde, are on show at New York's Staley-Wise Gallery. 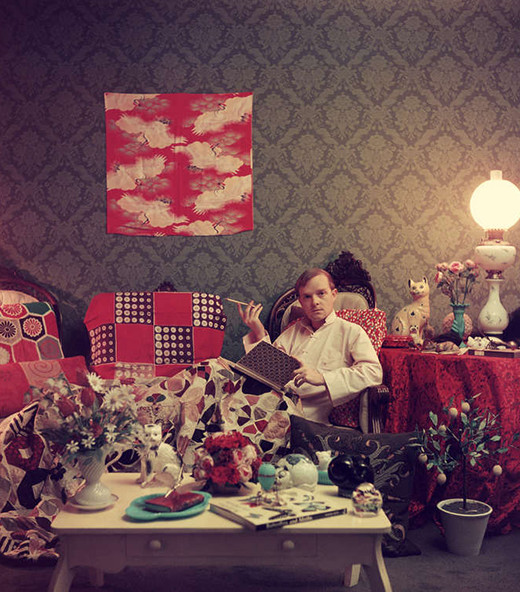 The photographer Slim Aarons was second to none in his ability to artfully interpret the world of a certain bygone opulence. Lithe, handsome, smartly dressed, and with a sui generis easy manner, Aarons fluidly chronicled the beau monde of the 1950s, ’60s and ’70s, a time when society was a small coterie that swam in the same waters off Palm Beach, the French Riviera and the Greek and Italian isles. “He was just a very cool character who everyone opened up to,” says Taki Wise, co-founder of New York’s Staley-Wise Gallery, which is exhibiting “Slim Aarons: A Man for All Seasons” (through June 28), a rare selection of about three-dozen signed and personally captioned Aarons prints from his archives.

Aarons earned the confidence of his lofty subjects — whether Babe Paley at home in Round Hill, Jamaica, or Marianne Faithfull, Mick Jagger and Desmond Guinness at the brewery heir’s castle in Ireland — by portraying them as they imagined themselves. They invariably appear comfortable and unselfconscious. But Aarons’s sunny, idyllic tone often belies his keen photojournalist’s eye (he was employed as a photographer for every top magazine of that era, from Life to Town & Country). Aarons zeroed in on the moment, capturing the essence of his subjects and their surroundings. “He revealed what he saw,” says Wise, who notes that Aarons eschewed working with a crew or any form of artificial lighting, which no doubt contributed to the natural appearance of his large-format color portraits. But he also innately understood the Beautiful People and their cosmos.

“Let it be known that the only beach I was interested in was one decorated with beautiful, semi-nude girls tanning in the tranquil sun.” — Slim Aarons 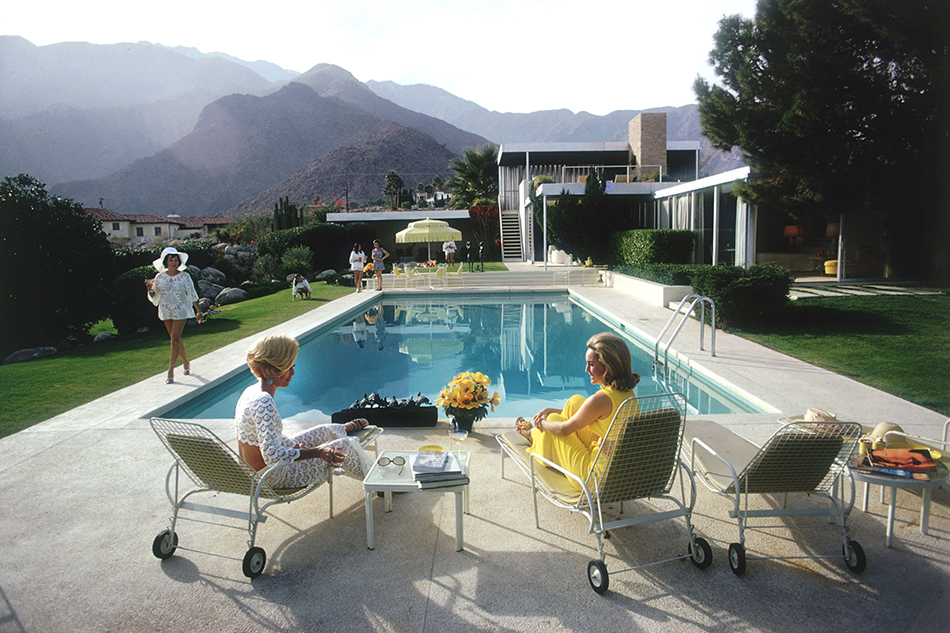 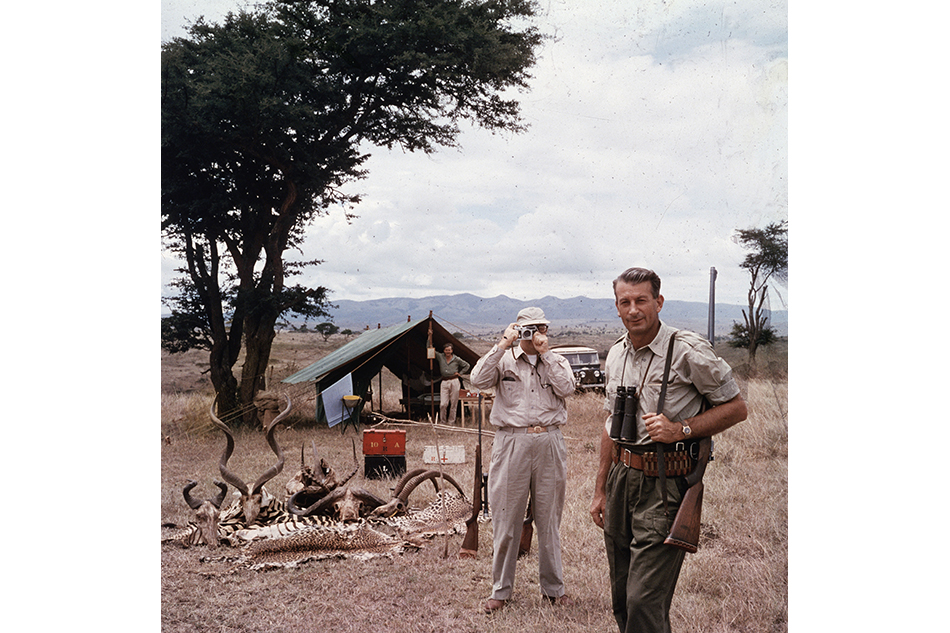 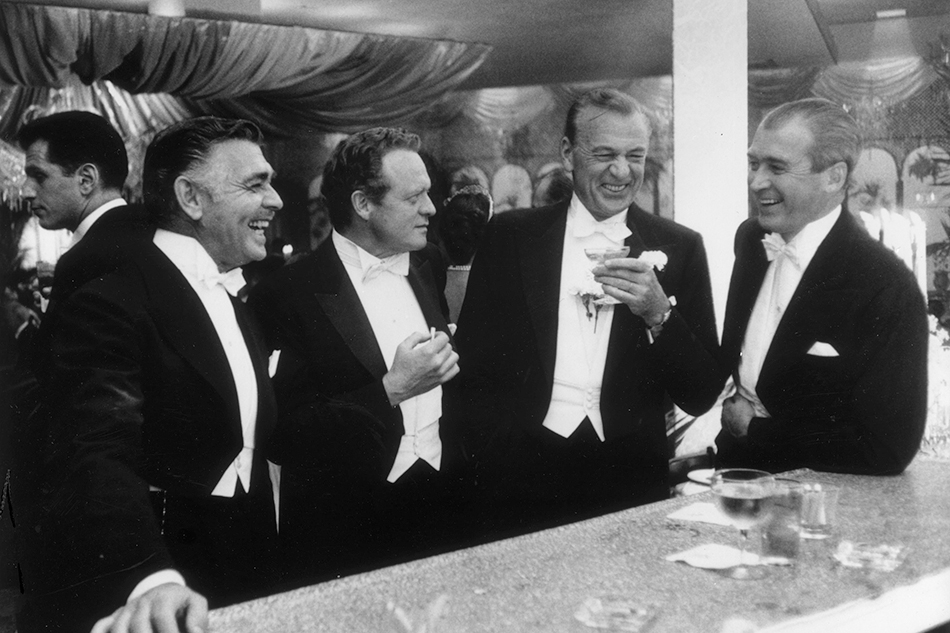 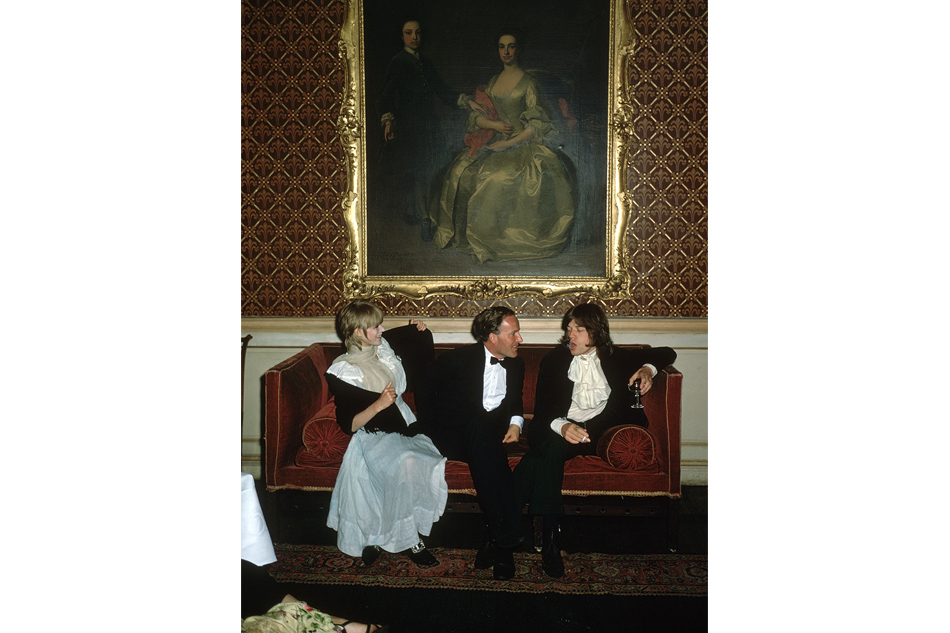 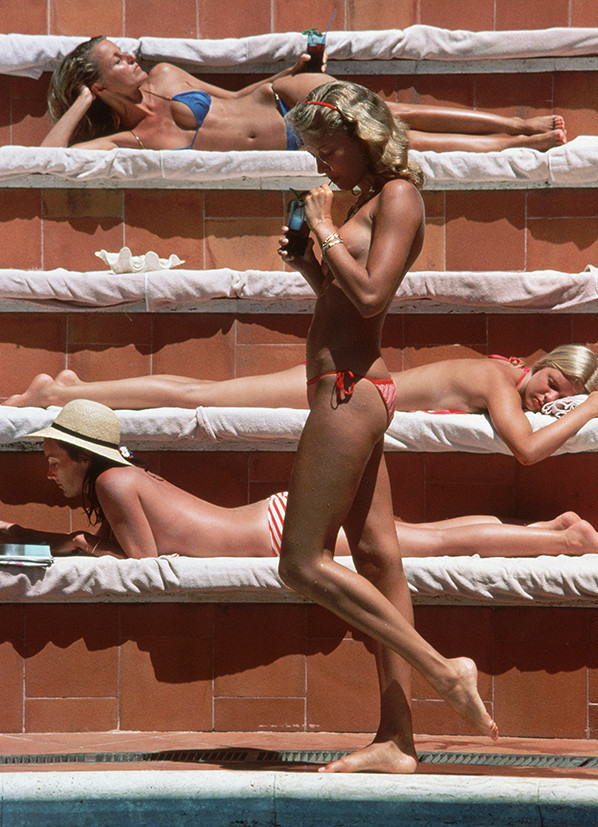 On the Italian island of Capri — a frequent haunt of Aarons’s subjects — he shot Catherine Wilke, Capri, 1980.

After the 1974 publication of his coffee-table book A Wonderful Time: An Intimate Portrait of the Good Life, a new generation developed a cult passion for Aarons (who was the supposed basis for Jimmy Stewart’s character in Hitchcock’s Rear Window). Now his work is universally recognized as collectible: Staley-Wise’s selection starts at $4,000 for smaller portraits and tops out at $25,000 for a print of Poolside Gossip, 1970, the unforgettable image of Palm Springs ladies chaise-lounging at the Richard Neutra–designed house of Edgar Kaufmann.

Interestingly, one of Aarons’s best-known images, Kings of Hollywood, 1957, is an impromptu photograph of celebrities Clark Gable, Jimmy Stewart, Gary Cooper and Van Heflin — all in white ties and tails — leaning against the bar at Romanoff’s and chuckling over a drink. Legend has it they were having a laugh at the affable Aarons’s expense. Aarons, who died in 2006, could have perhaps gone the route of his contemporary Robert Capa, who toted his camera from one war-torn beachhead to another. But he unabashedly relished the good life, and the ease of his photographs bespeak the connection he had with his subject. “Let it be known that the only beach I was interested in was one decorated with beautiful, semi-nude girls tanning in the tranquil sun,” the World War II veteran once said.