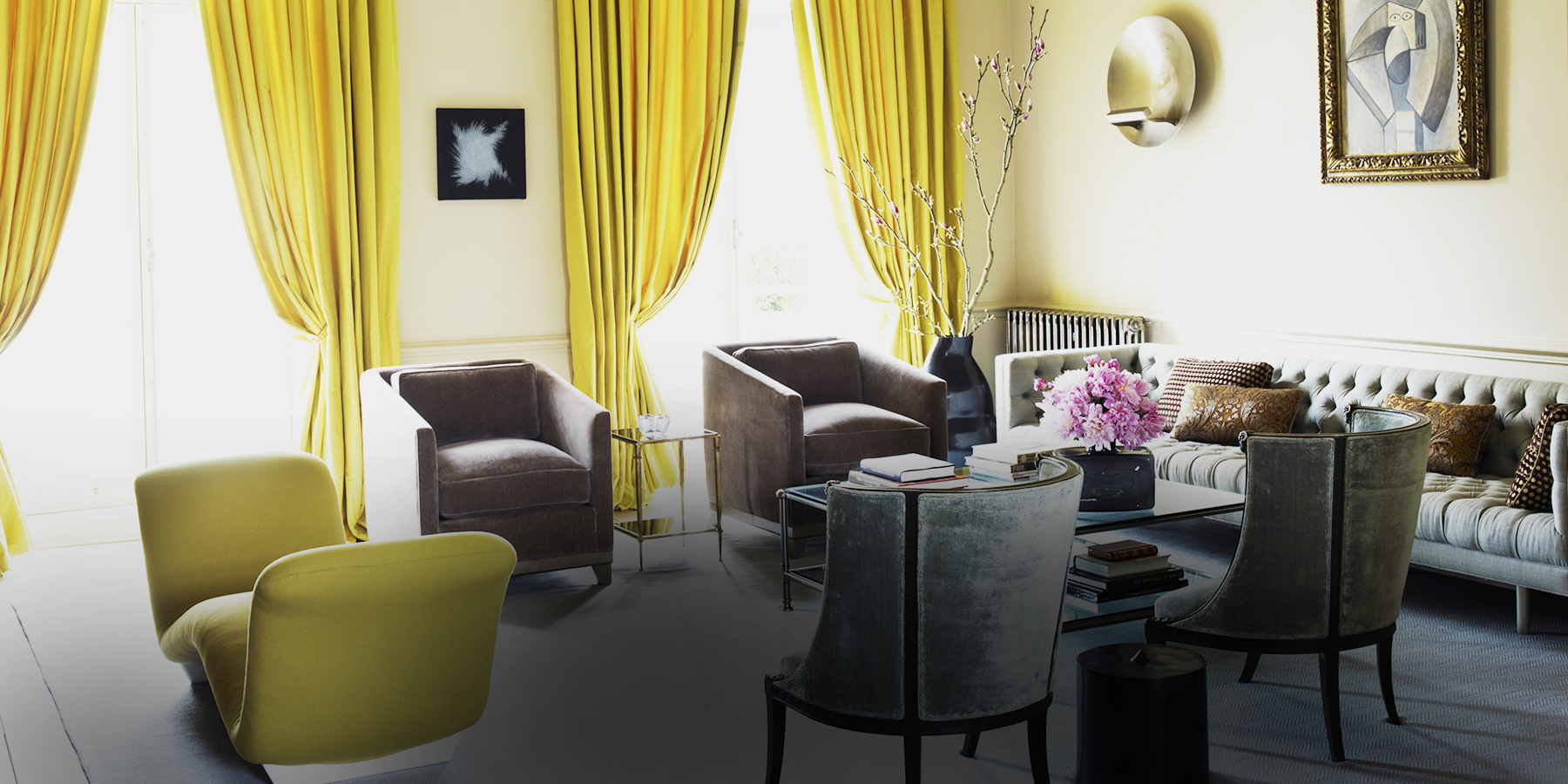 The San Francisco–based interior designer, art aficionado and dealer — co-founder of high-end art and antiques gallery Hedge — left fashion school to pursue his true calling, pioneering a style that combines impeccable taste and a meticulous eye with a penchant for taking risks. 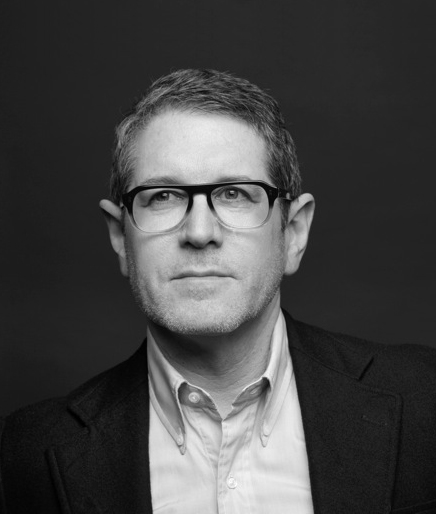 July 24, 2013The San Francisco designer Steven Volpe also co-owns the design and furniture gallery, Hedge (all photo by David Livingston unless otherwise noted). Top: In a London drawing room, a Picasso painting hangs above a tufted sofa designed by Volpe. The vintage pendent is Stilnovo and the stainless-steel sconce is by Maria Pergay. Photo by Simon Upton/The Interior Archive

In 2003, San Francisco–based decorator Steven Volpe experienced something of a watershed moment. He walked into the photography gallery of his friend Jeffrey Fraenkel, spotted a black-and-white photograph by Richard Misrach — a haunting, abstracted view of reflected sunlight on water — and promptly bought it. “I hung it in my former loft and remember thinking, ‘Wow! That’s just incredibly beautiful, but now nothing I have goes with it,’ ” he recalls. Until then, his style had been unmistakably classical, an aesthetic influenced by mentors like the late Anthony Hail, who was known for traditional elegance and luxurious interiors.

From that point on, Volpe decided he needed to find his own voice. The first step? Transforming his own interior. “It was like peeling back layers,” he says. “For a solid three years, I just kept whittling away.”

Today, it’s not easy to put labels on Volpe’s work. He may assert that he’s “of a mindset that less is more” and that he’d “rather have one really good chair and a good stereo and a good picture than a room full of mediocrity.” But there’s a richness and subtlety to his interiors that defies the term “minimalism.” And while he may essentially be a modernist, he is prone to mixing pieces from the 18th century with mid-century French furniture and cutting-edge contemporary design by the likes of Martin Szekely and Marc Newson. “He handles things from different periods with great elegance and precision,” remarks Clémence Krzentowski of Paris’s Galerie Kreo, where Volpe is a frequent client. “He’s a master at creating confrontations that enhance each piece.” 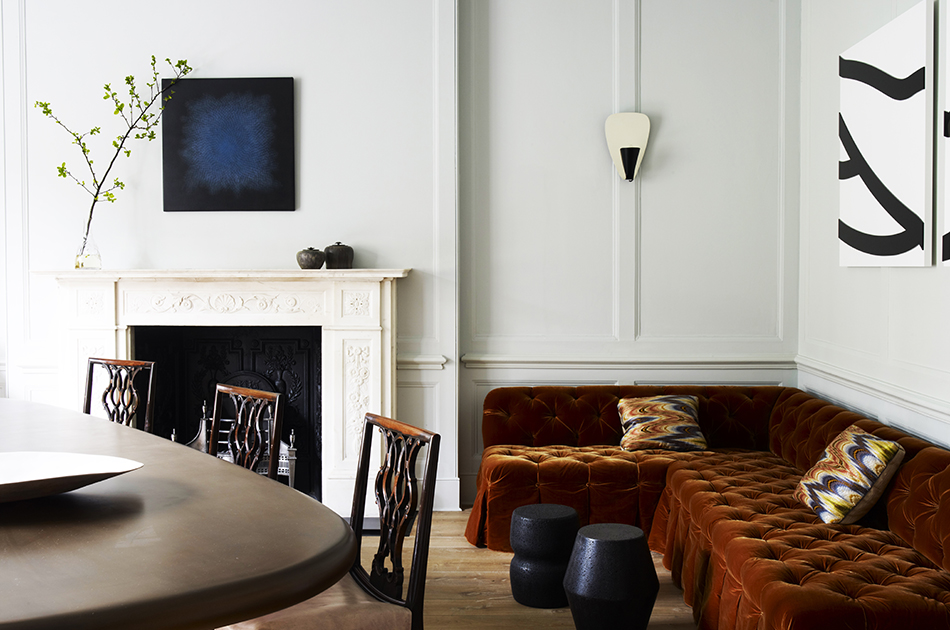 Elsewhere in the London home, Volpe surrounded a Martin Szekely lacquered-steel dining table with 19th-century mahogany chairs. The velvet banquette is a custom design; the paintings are by, from left, Shirazeh Houshiary and Julian Opie. Photo by Simon Upton/The Interior Archive 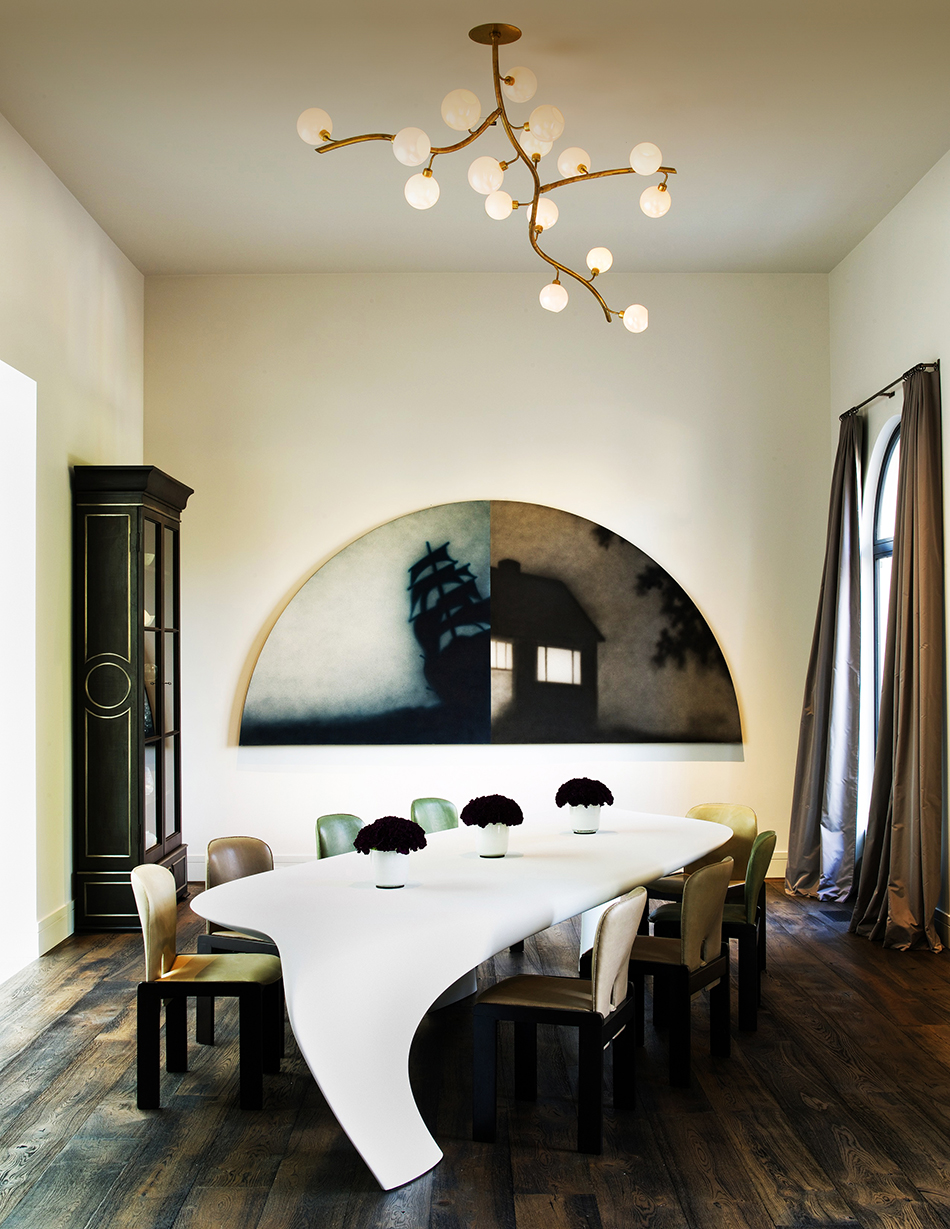 Volpe decorated a dining room in Atherton, California, with a Dune table by Zaha Hadid for David Gill Galleries, in London; Roxinho vintage dining chairs by Tobia Scarpa; and an illuminated sculpture by Jeff Zimmerman, from Volpe’s own gallery, Hedge.

Steven combines a connoisseur’s point of view — particularly in respect to authenticity and craft — with a completely modern sensibility that’s refined yet sensual,” adds his close friend Henry Urbach, the former curator of architecture and design at the San Francisco Museum of Modern Art, who is now director of the Philip Johnson Glass House in Connecticut. “The work is understated but also unafraid.” It is unique too, thanks to Volpe’s constant desire to steer away from anything too obvious: Interesting provenance may be well and good, but an interesting shape is even better. As Volpe himself says, “My eye goes to something that’s atypical, something that’s just off-center.”

It’s an approach that has brought him great success — but don’t expect Volpe to mention the names of any clients. He’s far too discreet for that. He will, however, divulge that they include “art collectors and the elite part of the tech sector,” as well as a high-profile international industrialist for whom he recently decorated “one of the most expensive houses in the world” in London. Other projects have largely been located on the East and West coasts of the United States, including penthouses and lofts in New York and houses in Greenwich, Connecticut; the Bay Area; and Napa Valley.

At the same time, and in partnership with Roth Martin, Volpe runs the San Francisco gallery Hedge, a member of 1stdibs. From the art and antiques gallery’s debut in 2003, its philosophy has been simple: “We were only going to sell things that we would want to own ourselves.” Today, these offerings include mid-20th-century furnishings by Jean Prouvé, Poul Kjaerholm and Maison Jansen; more quirky, anonymous 20th-century pieces; and the work of contemporary artists they represent, such as woodworker Christopher Kurtz, glass artist Ritsue Mishima and ceramicist Tony Marsh.

“I’m of a mindset that less is more. I’d rather
have one really good chair and a good stereo and
a good picture than a room full of mediocrity.” 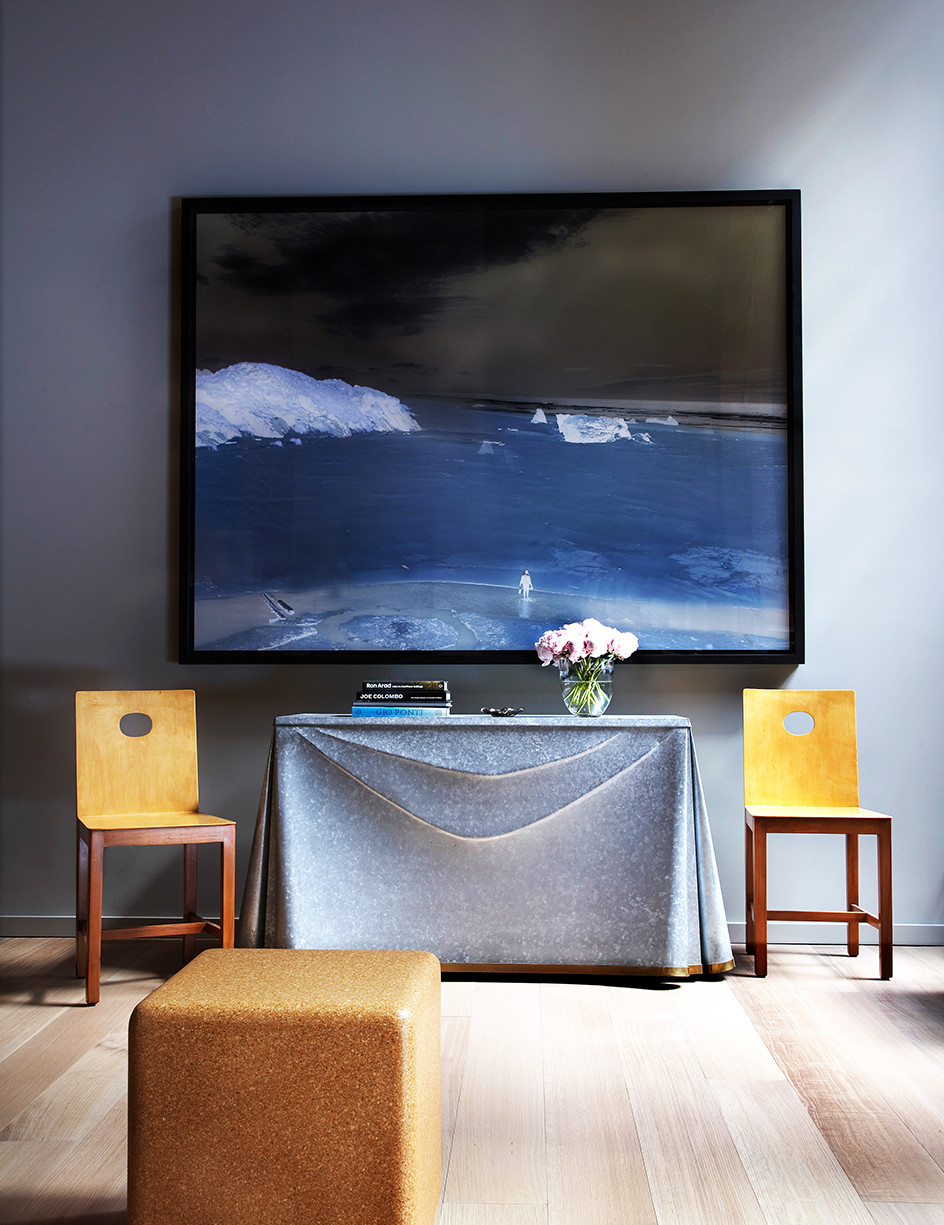 Volpe was born in Danville, California, east of the Bay Area, to a detective father and homemaker mother. “She says I was picking out my clothes from the age of two,” he recounts. “I was particular from the get-go.” By six, he had advanced to rearranging the living room furniture and was soon devouring copies of Vogue. “I always wanted to do something creative,” he says. Initially, he envisioned a career in fashion, but while studying at the Fashion Institute of Design and Merchandising, in San Francisco, he discovered his true vocation after taking a summer job in the office of local interior designer Anthony Machado. He was instantly hooked.

Volpe abandoned fashion school after that, opting instead to work with socialite-decorator Eleanor Ford (mainly on a house for Ann and Gordon Getty in Wheatland, north of Sacramento) and with his mentor Hail, whom the San Francisco Chronicle described in a 2006 obituary as being renowned for “an elegant, old-world style of design that was centered around antiques but was never stuffy.” Hail counted Truman Capote and Gore Vidal among his friends, and he was a firm Europhile — as is Volpe.

Before setting up his own practice in San Francisco in 1990, in fact, Volpe spent four years in Paris, working for architect-designer Bronner Shawl, who had trained with Raymond Loewy. “Bronner was this incredible man who had incredible taste and was from a different era,” he remembers. “He believed in me and gave me things that were pretty complex but that he knew I could do. I very quickly got to know Paris and the antiques dealers.” He also became enamored with French taste. “There is a sophistication, a culture, a style that is unique.” 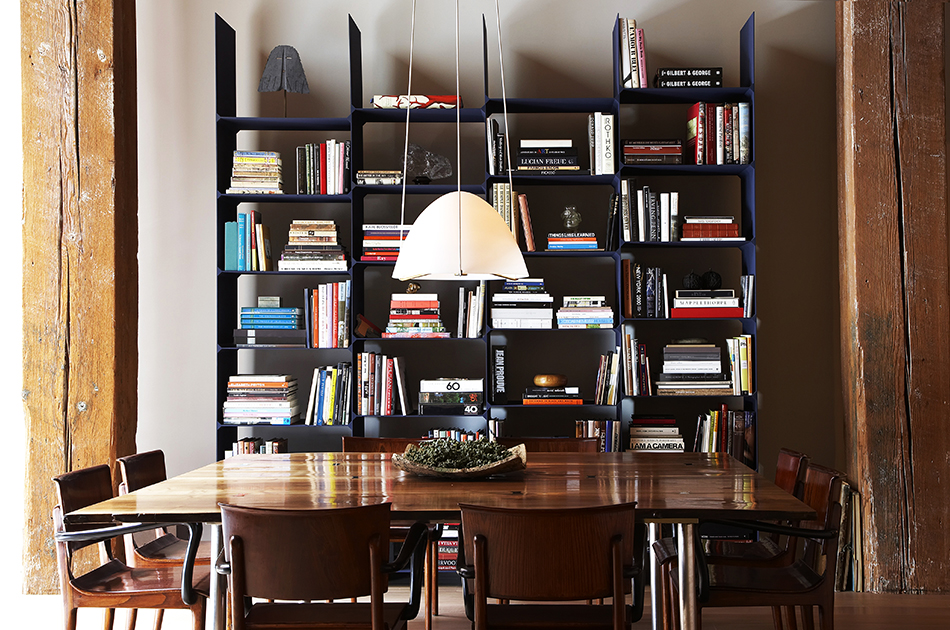 In his SOMA loft, Volpe created layers of visual interest— combining vintage armchairs and lighting, a table of his own design and aluminum bookshelves by Martin Szekely. Photo courtesy of Steven Volpe 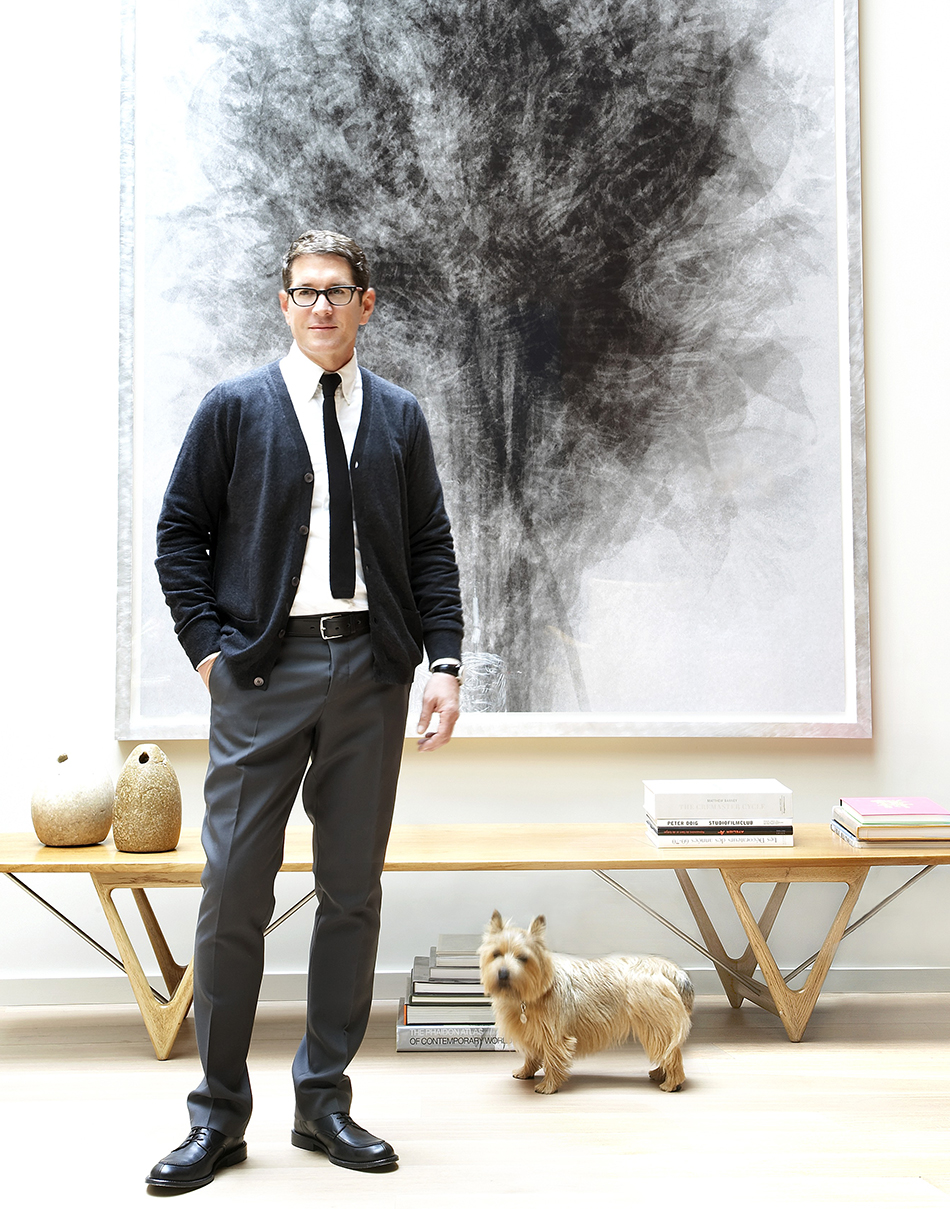 During the mid- to late-2000s, Volpe had a pied-à-terre a stone’s throw from the Eiffel Tower, but today he splits his time between a weekend home in Tomales, in northern Marin County, and a duplex apartment in a 1912 building in San Francisco’s Pacific Heights neighborhood, which he shares with his Norwich terrier, Harvey. That famous Misrach photo now hangs in the entry gallery above a 1950s Kurt Ostervig bench and a pair of Gilbert Poillerat chairs. There used to be a Ron Arad chair nearby, but Volpe removed it. “I felt like you’d seen it everywhere,” he explains.

In recent years, Volpe’s work has begun to revolve increasingly around art. The move was in part inspired by his admiration of Belgian decorator, antiquaire and art dealer Axel Vervoordt. “He made me realize that art kind of trumped everything else,” notes Volpe. “It’s all about letting it be the star and having the room recede around it. A rug, for instance, may be wonderfully rich and elegant, but it should never compete with art for attention.” His own collection includes pieces by Hiroshi Sugimoto and Lucio Fontana, as well as members of the 1950s Zero Group like Jef Verheyen and Jan Schoonhoven. Lately, he’s also developed a love of the Japanese Gutai movement.

Whatever the field, there is one constant: Volpe is forever on the lookout for something new. “I’m always trying to move forward,” he says. “As a person, he’s extremely curious,” confirms Urbach, “and really driven by a commitment to excellence.”

Adds Martin: “When he buys my son, who is his godson, a present, it needs to be the original 1976 Darth Vader with the perfect box. It can’t be reissued. If it’s cooking, he goes to the ends of the earth to make something incredibly special. There’s nothing he does that is halfhearted. That’s just not part of his make-up.” 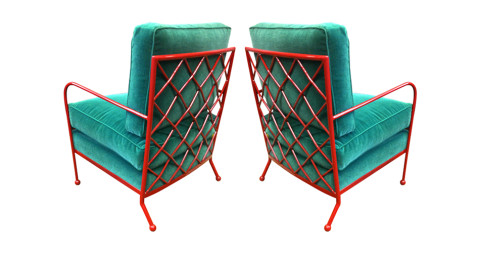 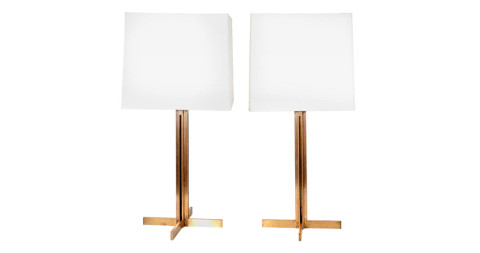 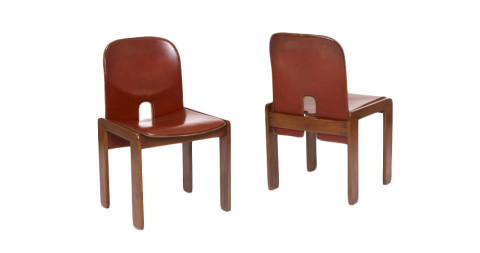 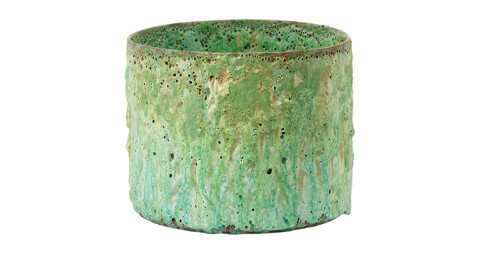