Our Late-Summer Reading Roundup, Part I: Design Books That Will Get You Thinking 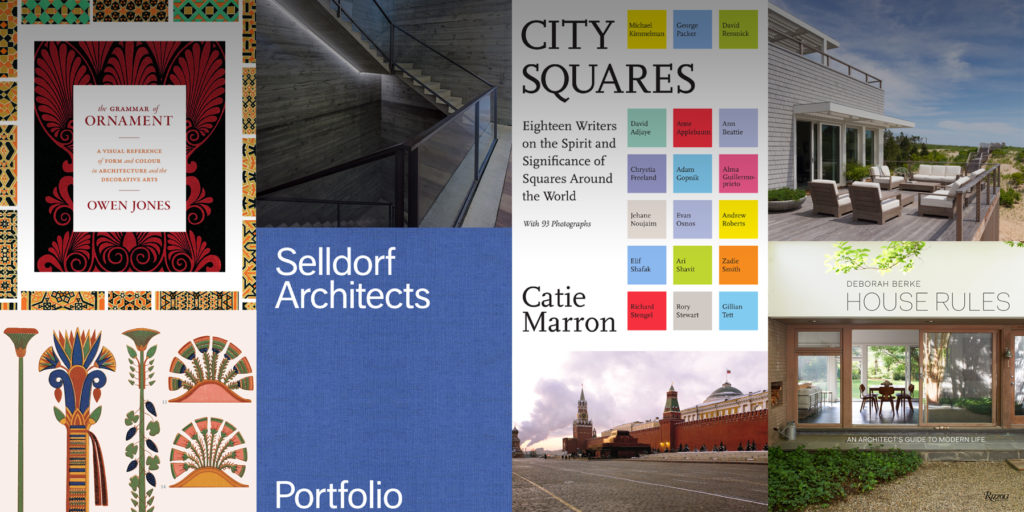 The stereotypical view of summer reading is that the heat melts our brains, so we can only absorb books with gilded raised lettering on their covers. The Introspective reader knows different. We may be camped out at the beach or at a mountain retreat this August, but being removed from the pressures of real life makes us all the more eager for substance — and actually better able to process books that deliver it. These four volumes show how stimulating summer reading can be. 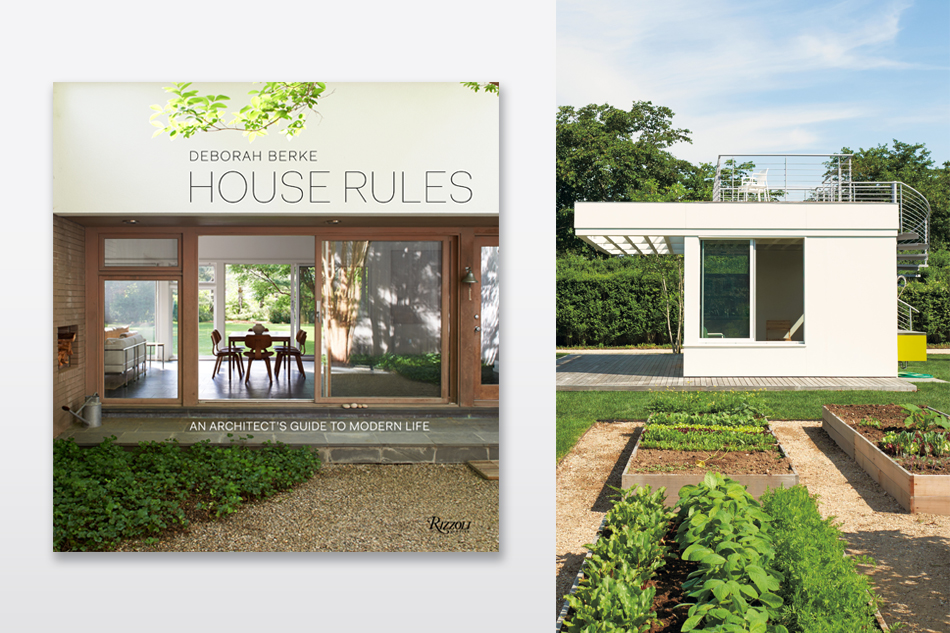 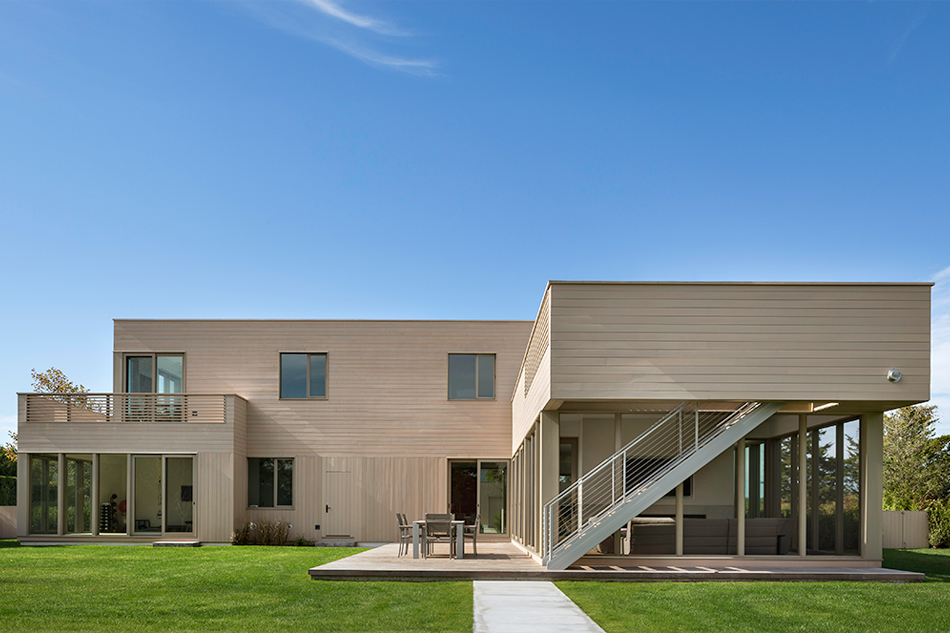 Yellow Alaskan cedar clads the entire exterior of a home in Sagaponack, on the East End of New York’s Long Island, shown in the section of the book devoted to the maxim “Any material can seduce.” Here, Berke juxtaposed horizontal and vertical boards to create visual interest within the single-material, monochrome facade. Photo by Chris Cooper 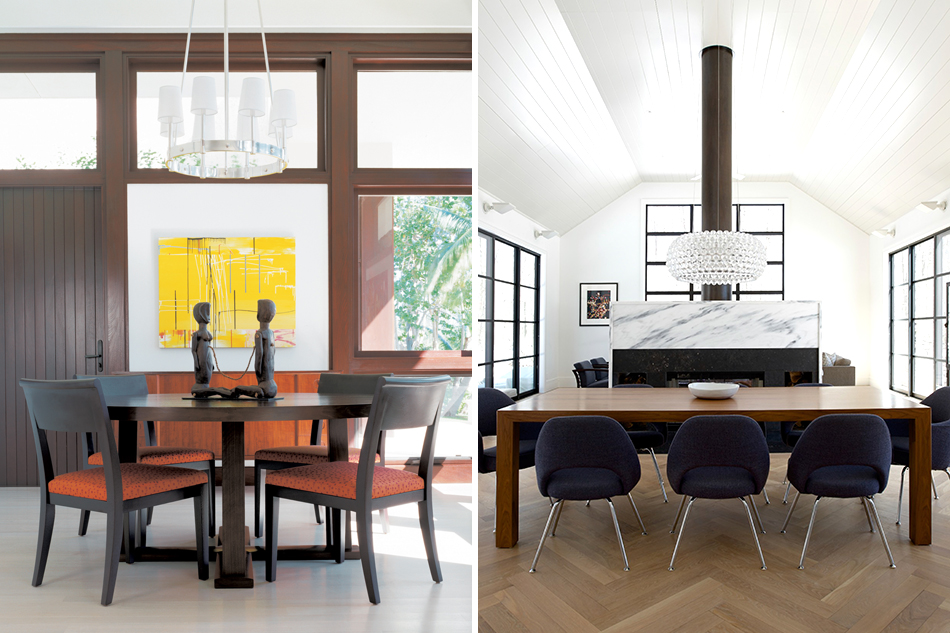 Left: Elsewhere in the section devoted to materials’ ability to seduce, Berke shows off a Fort Lauderdale, Florida, home whose mahogany framing creates a graphic grid of deep windows, ribbed doors, sheetrock and artwork (Photo by Catherine Right). Right: To illustrate her point that “correct positioning creates surprise,” Berke includes a New England home with an austere window grid and an open fireplace that both divides the central living space and connects its two sides. Photo by Jane Beiles 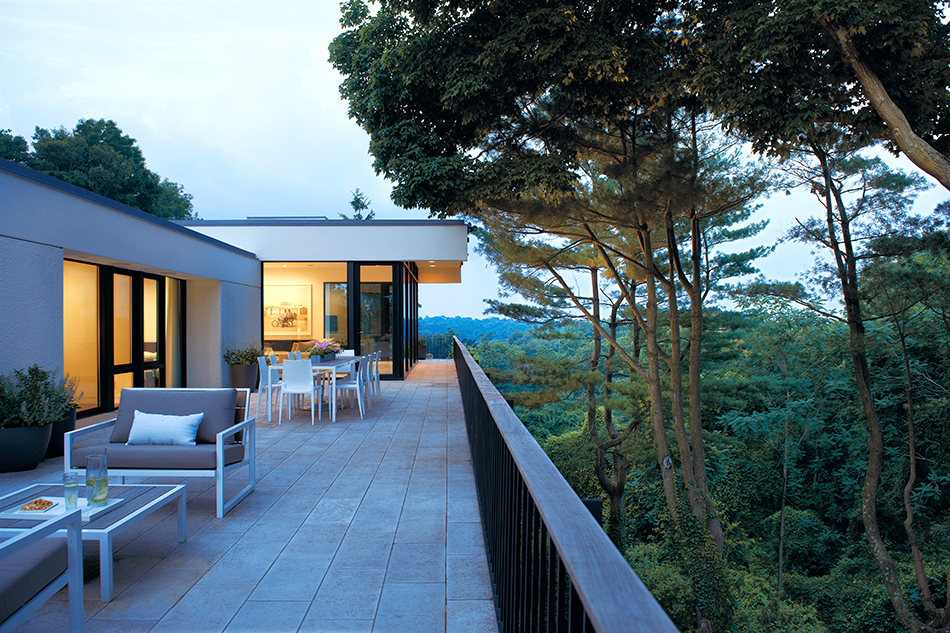 It can’t be a coincidence that two of the best architects working today both have books freshly published this season: House Rules: An Architect’s Guide to Modern Life (Rizzoli), in which Deborah Berke, the new dean of the Yale School of Architecture, distills design principles from her own oeuvre, and Selldorf Architects: Portfolio and Projects (Phaidon), a monograph on the output of Annabelle Selldorf’s firm. Both are based in New York City and do much of their work on the East Coast, and both are thoroughgoing modernists with a penchant for clean lines, spare looks and comfortable contemporary buildings.

But the books are fascinatingly different. The Selldorf tome is a straightforward examination of the firm’s wide-ranging body of work, while in hers, Berke — best known for residential projects on Long Island’s East End and her smart buildings for the 21C Museum Hotel chain — actually gives advice, as the title suggests.

House Rules starts with a sort of amuse bouche, a lovely essay by The Ice Storm novelist Rick Moody about his family’s longtime retreat on Fishers Island, New York. It then launches into intelligent exhortations — employ hardware like punctuation, property lines do not define a site — from Berke herself. Because they are concisely explained and accompanied by beguiling photos of her work, the rules make a lot of sense, especially when she’s putting a counterintuitive spin on an old saw. 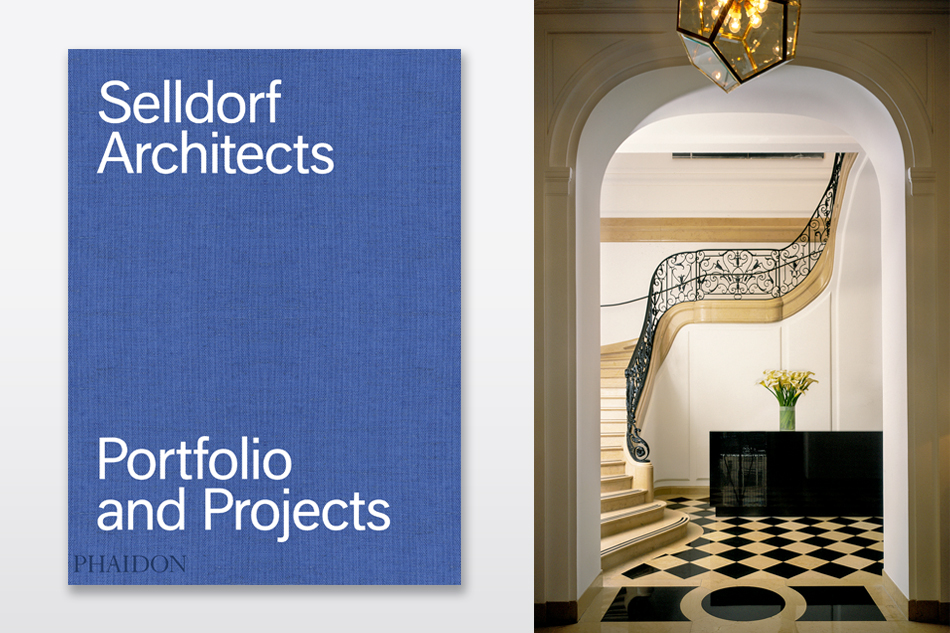 German-born, New York–based architect Annabelle Selldorf’s new book brings together rich photography of her residential, commercial and cultural projects by Todd Eberle. Not least among these is the Neue Galerie, Ronald S. Lauder’s Manhattan museum dedicated to German and Austrian art, which is housed in a 1913 Beaux-Arts mansion on Fifth Avenue that Selldorf reimagined in 2001. Images in this slideshow by Todd Eberle 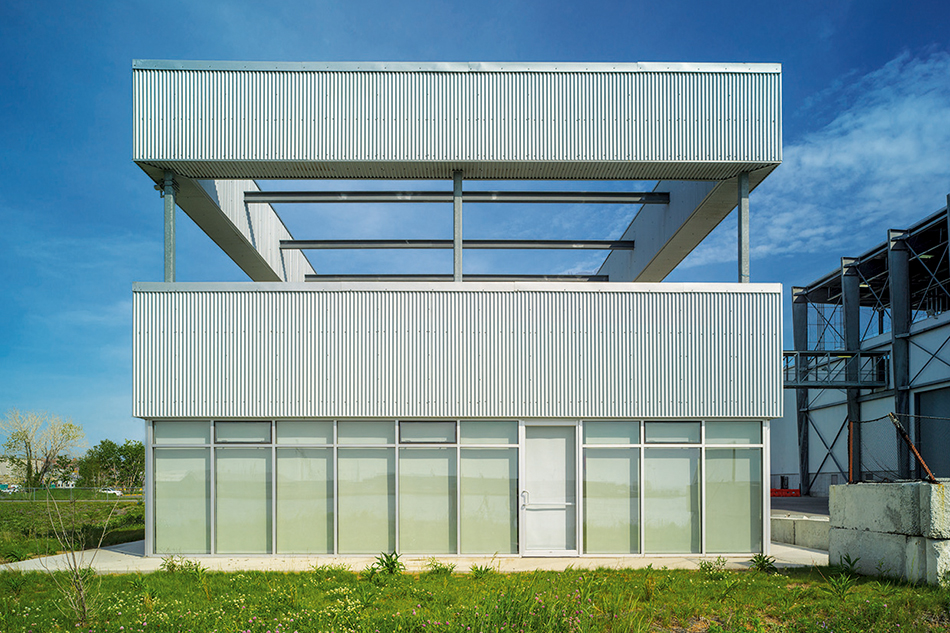 With the Sunset Park Material Recovery Facility, completed in 2013, Selldorf shows she can make even a Brooklyn recycling plant look sexy. 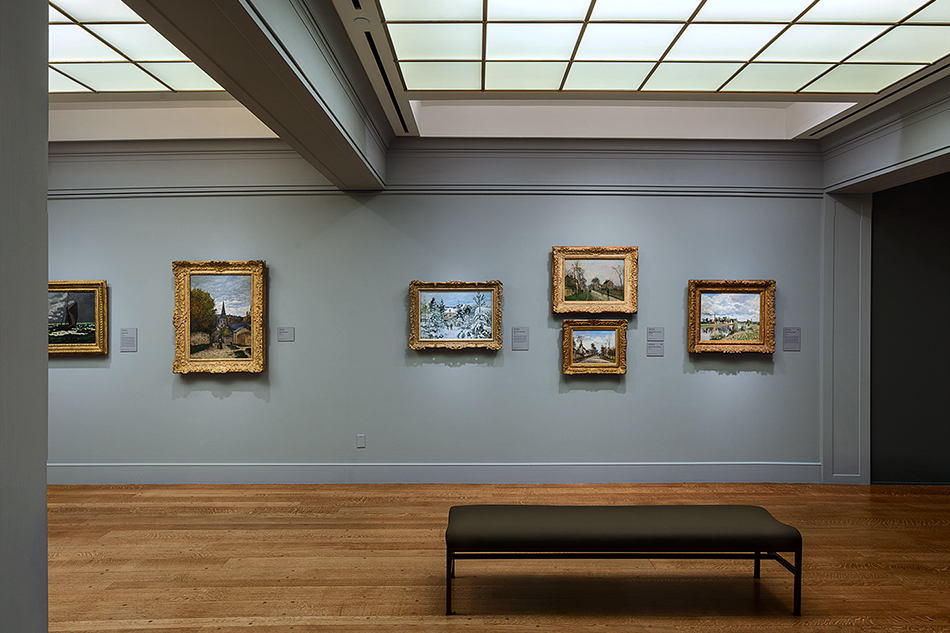 In Williamstown, Massachusetts, Selldorf renovated the museum of the Clark Art Institute, originally built by Daniel Perry and finished in 1955, as well as its research center, designed in 1973 by Pietro Belluschi. 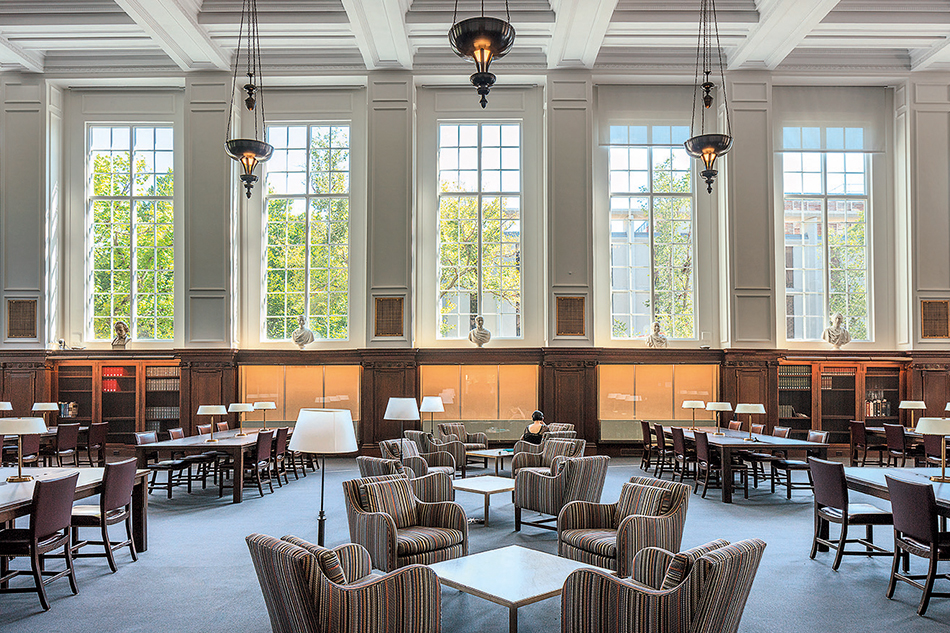 As part of her 2014 renovation of Brown University’s John Hay Library, in Providence, Rhode Island — originally built in 1910 by Shepley, Rutan and Coolidge — Selldorf restored the grandeur of the central reading room, creating furnishings and lighting that recall those that once adorned the space. 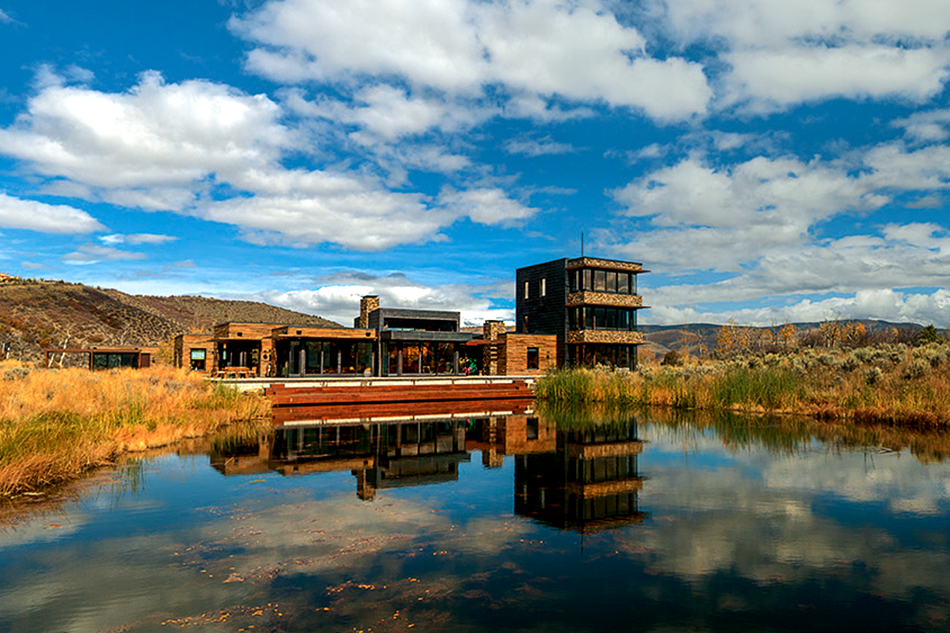 Selldorf designed Walden House — a Rocky Mountain residence outside of Vail, Colorado — as a series of small volumes arranged around a central courtyard. 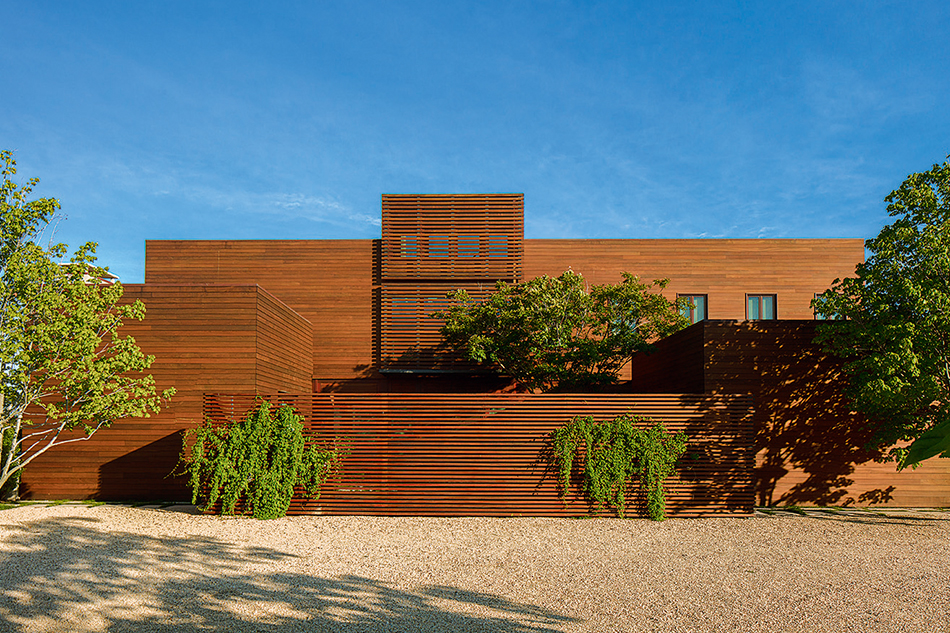 Selldorf, a native of Cologne, Germany, has developed a practice as the go-to architect for the top tier of New York–based art galleries — in particular, all of David Zwirner’s locations worldwide — but she also beautifully renovated the Neue Galerie (Ronald Lauder’s museum for German and Austrian art located in a Fifth Avenue mansion), and two primary components of the Clark Art Institute in Williamstown, Massachusetts.

Her book is formatted as a typical monograph, starting with a conversation with Tom Eccles, executive director of the Center for Curatorial Studies, at Bard College, and an essay by architecture writer Ian Volner. Then comes a spread for each of Selldorf’s major projects. As the center portfolio of color images demonstrates, Selldorf has a knack for stealth luxury, producing rich textures and beautiful spaces through minimalist means. Even her 2013 recycling plant in Brooklyn looks inviting.

City Squares: Eighteen Writers on the Spirit and Significance of Squares Around the World
by Catie Marron 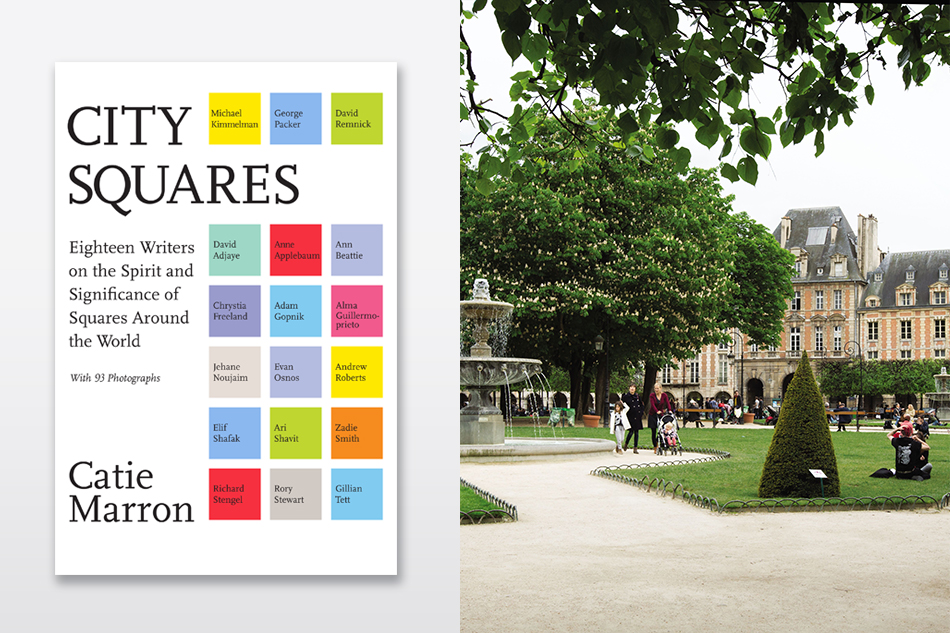 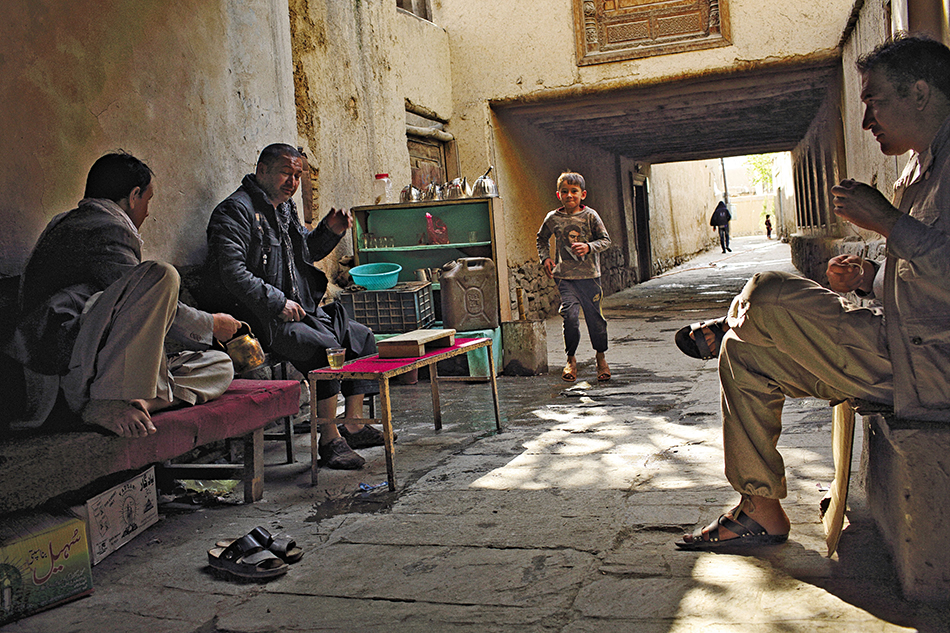 A British member of parliament and minister of state at the UK’s Department for International Development, Rory Stewart writes about Kabul’s Maidan-e-Pompa. Photo by Andrew Quilty 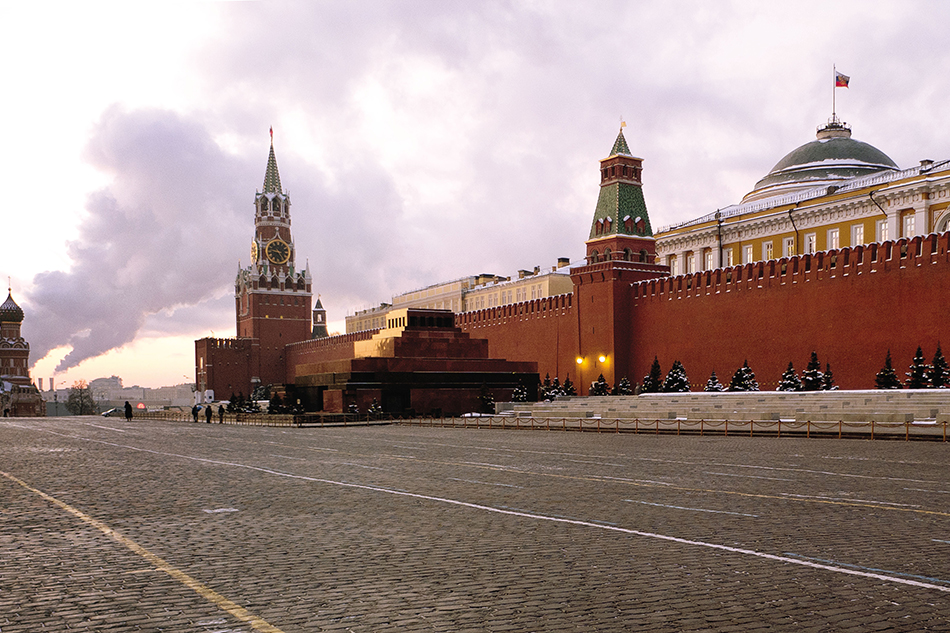 In his introduction to the book’s second section, devoted to geopolitics and the idea of strength in numbers, New Yorker editor in chief David Remnick writes of Moscow, “I cannot resist the pull of Red Square, the ultimate agora. . . . The tourists who come from the Russian Far East, from the Caucasus, from the Polar North, can sense on Red Square a ghostly parade of Soviet history, bloody and tumultuous, drifting across the cobblestones.” Photo by Oberto Gili 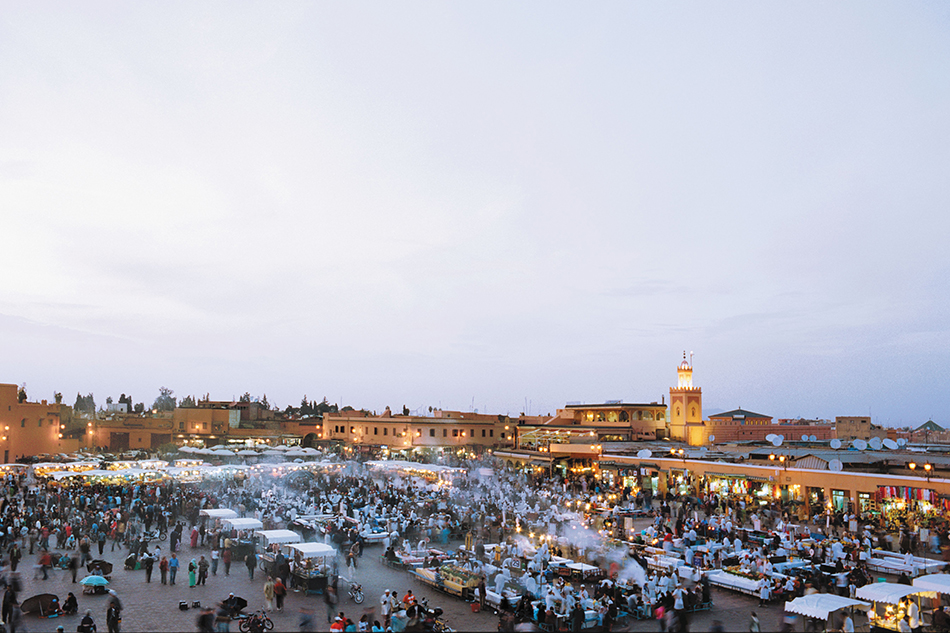 “Djemaa el-Fnaa in Marrakech illustrates its significance more immediately and viscerally than any other city square I’ve encountered,” writes British architect David Adjaye, who grew up in various places in Africa. “Few places on earth offer such a holistic sensory experience, where the scent of mint tea joins the competing sounds of mopeds and the rhythmic drumming of local musicians against a colorful palette of umbrellas from the nearby bazaar.” Photo by Francesco Langnese, courtesy Elyse Connolly Inc.

Writer and philanthropist Catie Marron, the chair of the Friends of the High Line and a trustee of the New York Public Library, certainly knows about public spaces. In City Squares: Eighteen Writers on the Spirit and Significance of Squares Around the World (HarperCollins). she has assembled a murderer’s row of big-author names — among them, New Yorker staff writer Adam Gopnik (musing on Paris’s Place des Vosges); New York Times architecture columnist Michael Kimmelman; novelist Ann Beattie.

The essays are all highly intelligent, although those with an element of surprise work best. Time editor Richard Stengel’s take on how Nelson Mandela used Cape Town’s Grand Parade for his first post-prison speech is affecting, the furthest thing from a dry dissertation on public space. As Marron puts it in her introduction, “Squares are all about, and for, people.”

The Grammar of Ornament: A Visual Reference of Form and Colour in Architecture and the Decorative Arts
by Owen Jones 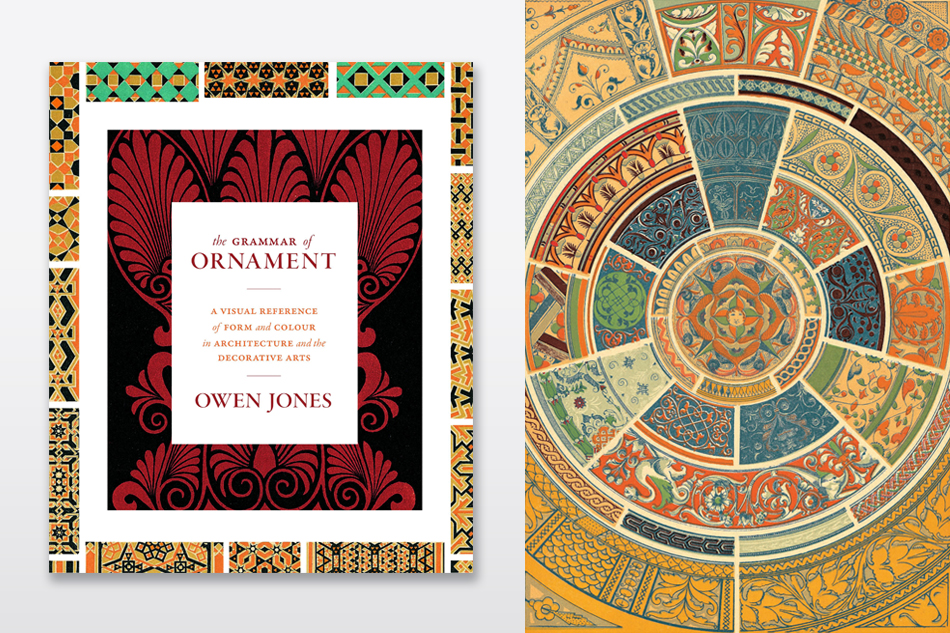 The Grammar of Ornament is a reissue of a Victorian volume by English-born Welsh architect Owen Jones that catalogued decorative motifs through the ages, including the Renaissance-era majolica shown here. All photos courtesy of Princeton University Press 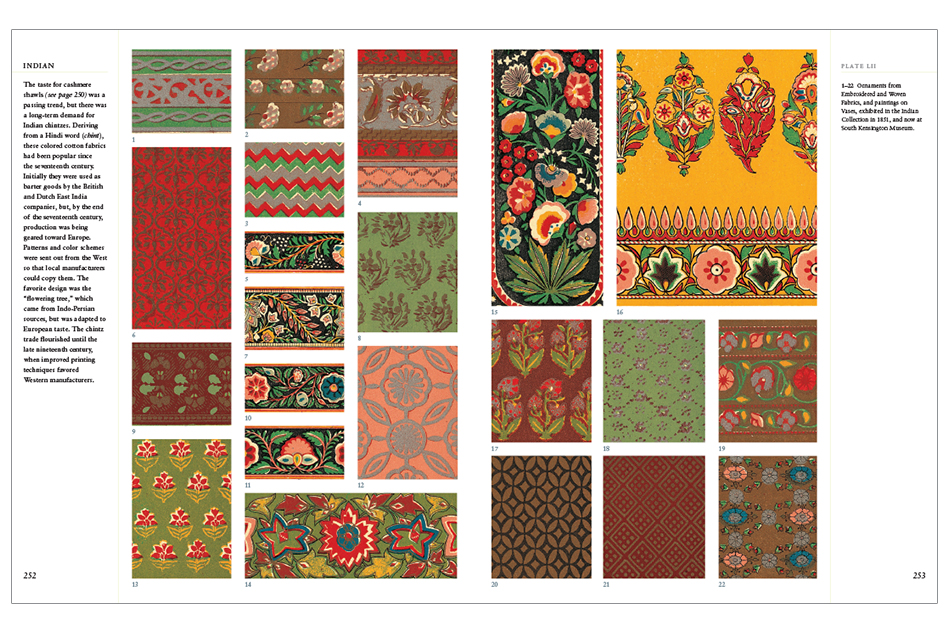 A discussion of Indian ornament focuses on colored cotton chintzes, which became popular in Europe in the 17th century. 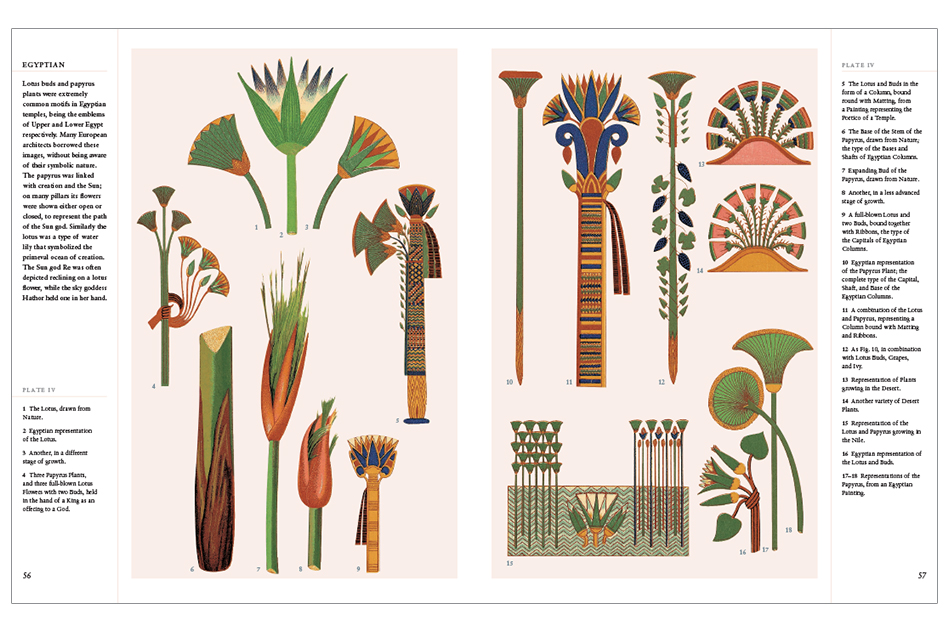 Ancient Egyptians derived many of their motifs from the forms of lotus buds and papyrus plants — the emblems, respectively, of Upper and Lower Egypt. 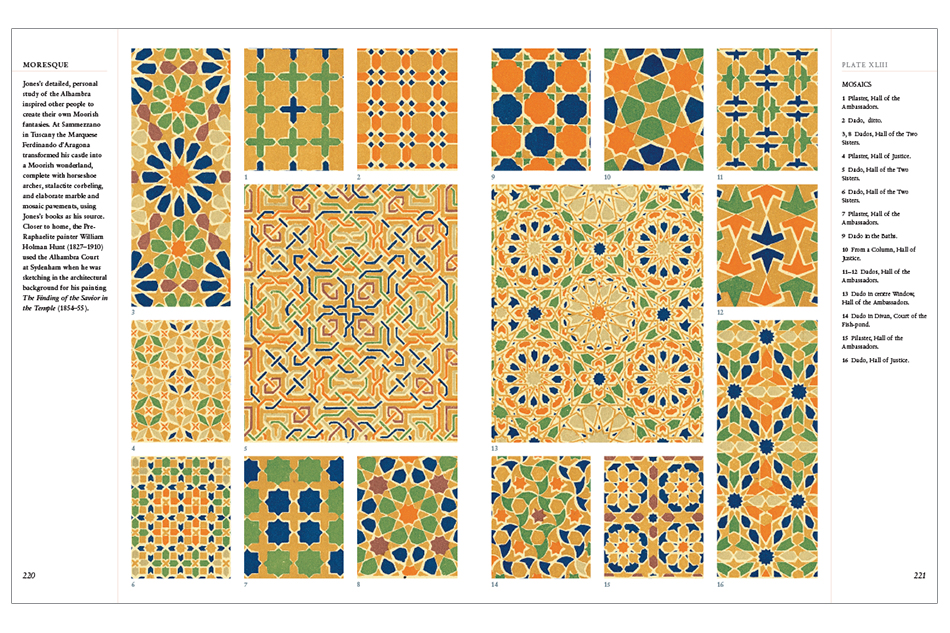 The tessellated, kaleidoscopic designs of Moorish architecture inspired European imitations through the centuries.

Architects, design nerds and hard-core antiquarians may be the natural audience for the reissue of this Victorian-era classic. But if you have wondered — as I have — about the subtle differences between the filigrees featured in Persian, Byzantine and Arabian tilework, The Grammar of Ornament: A Visual Reference of Form and Colour in Architecture and the Decorative Arts (Princeton University Press) is a good book to have on hand.

The tome’s English-born Welsh author, Owen Jones (1809–74) — an important architect who helped found the predecessor to the Victoria and Albert Museum — exemplified the Victorian mania for classification, organization and order. Sure, the book contains some dated howlers  (“The Ornament of Savage Tribes” is the title of the first chapter, devoted to the designs of indigenous people), but the illustrations are delightful, and perhaps surprisingly, it is easy to pick a page at random and find  a bit of tasty decorative information to digest. Summer grazing at its best.