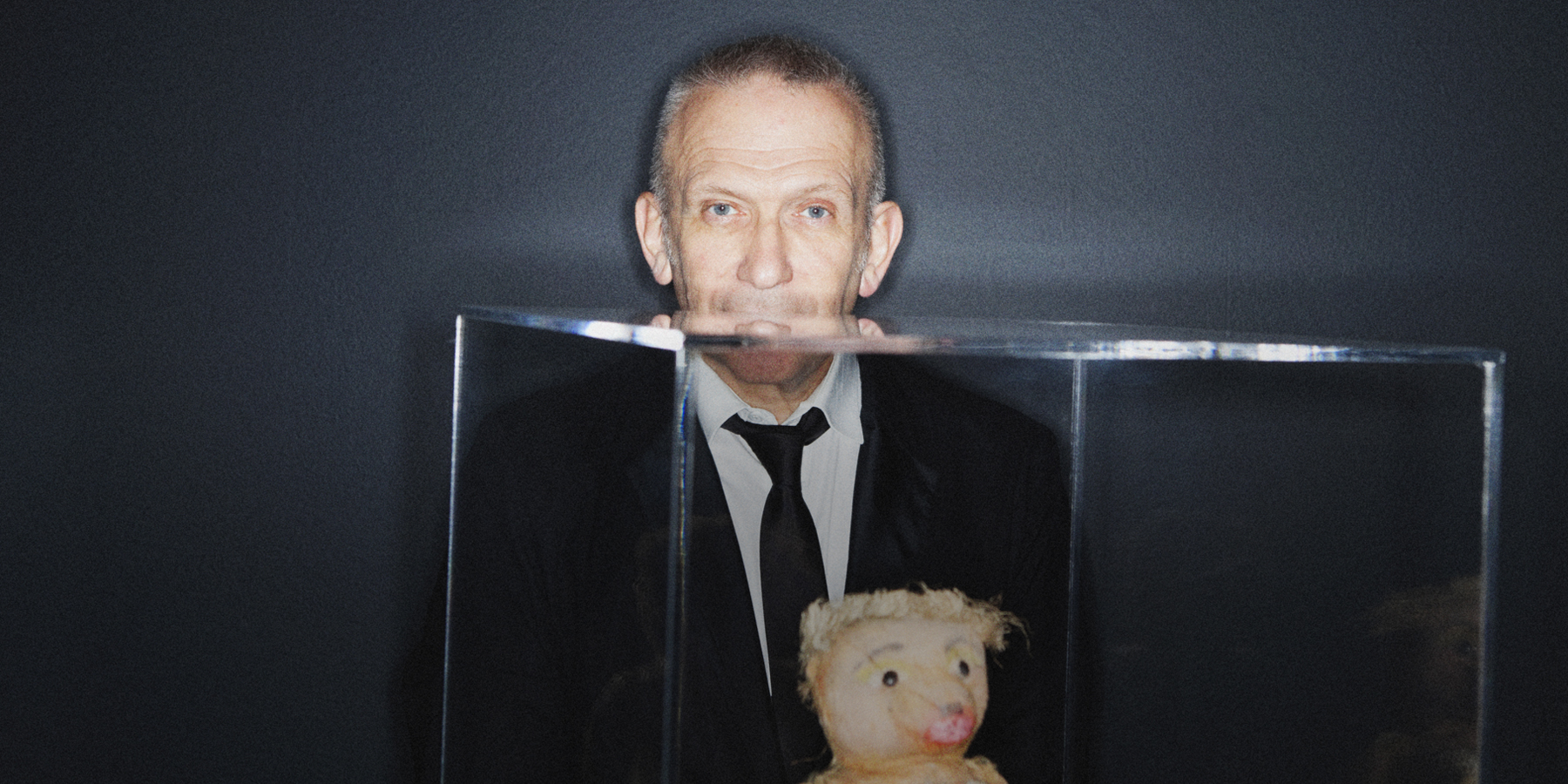 The wildly inventive and oh-so-naughty fashion designs of Jean-Paul Gaultier are on show at the Brooklyn Museum in an innovative exhibition celebrating his extraordinary career.

For more than 40 years, the French designer Jean Paul Gaultier has shaped the look of contemporary fashion with his avant-garde creations and cutting-edge designs. From his brilliant collaborations with such artists and photographers as Andy Warhol, Richard Avedon, David LaChapelle, Herb Ritts and Cindy Sherman, to his costumes for Madonna, Kylie Minogue, Beyoncé and an assortment of actresses in Pedro Almodóvar films, he has proven to be a fashion revolutionary. Known as the enfant terrible of French fashion — even as he enters his seventh decade — he takes the street as his inspiration, creating much-admired haute couture and ready-to-wear collections.

Now, the first international exhibition of his work, “The Fashion World of Jean Paul Gaultier: From the Sidewalk to the Catwalk,” has arrived at the Brooklyn Museum (it runs through February 23, 2014). Offering a highly theatrical presentation of 130 haute couture and prêt-à-porter ensembles accompanied by audiovisual materials, sketches and designs, the show was put together with the full cooperation of Gaultier’s own Paris-based fashion house.

Frequent 1stdibs contributor Valerie Gladstone recently spoke with Thierry-Maxime Loriot, the originating curator of the show, which debuted in 2011 at the Montreal Museum of Fine Arts, and with the Brooklyn Museum’s curator of exhibitions, Lisa Small, who has mounted this outing.

Thierry-Maxime, why did you want to create this exhibition?

I’d worked in the fashion industry for ten years as a model before I began curating at the Montreal Museum of Fine Arts. I thought it was important that the museum hold an exhibition of an influential designer. But when I first talked to Gaultier, he said he didn’t want the show. He said that he was 61 and still young and working and it would feel like a funeral. 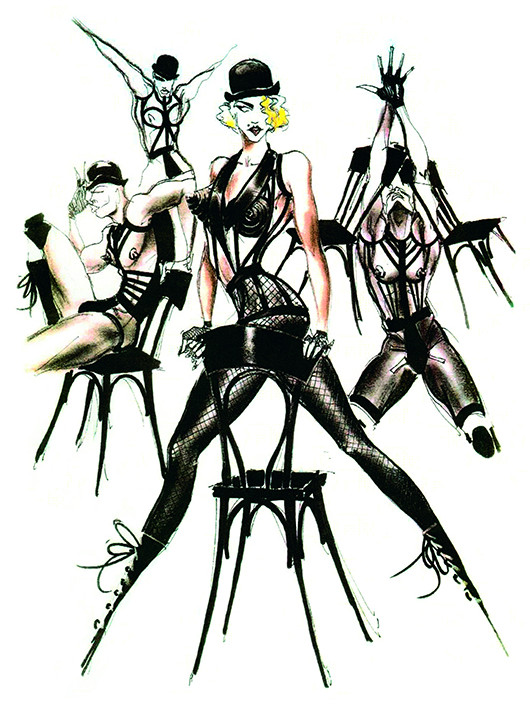 How did you convince him?

I told him we’d do a contemporary rather than a chronological installation, one that was very animated and told his story with passion.

What do you think is his greatest contribution to fashion?

His social message. He designs for all people. He doesn’t care about their ages, skin color or shapes. He welcomes the world. He mixes references to many religions and cultures because he respects them all. There are no taboos; he brings everyone onto the runway.

How did he come to his philosophy?

He was raised in the projects outside Paris. He wasn’t rich or privileged. He grew up among the poor and disenfranchised. It made him completely open-minded; he knows no boundaries. This explains his multicultural, multisexual, hybrid references and gender transgressions. He is devoid of discrimination.

What can people expect to see in the exhibition?

It’s a theatrical spectacle. Many of the mannequins revolve, so you can see all angles of their ensembles. Others circulate on a continuously moving catwalk and wear striking wigs and headdresses designed by the well-known hairstylist Odile Gilbert. Thirty-two mannequins have interactive faces, which make them look alive. They stare, blink, smile, even talk to visitors, as if they were alive. Among them is one who has Gaultier’s face.

“He designs for all people. He doesn’t care about their ages, skin color or shapes. He welcomes the world . . . there are no taboos.” 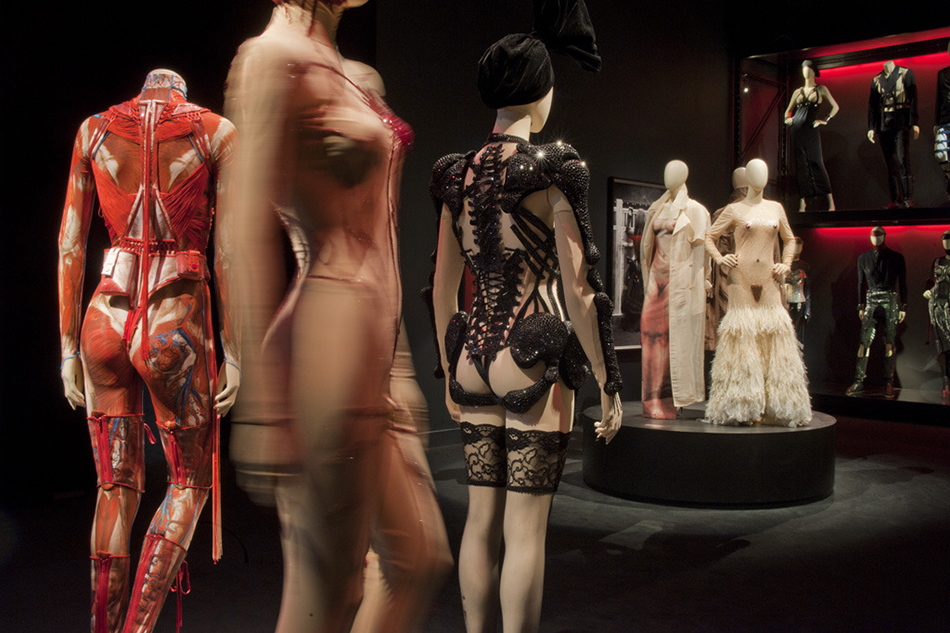 The show debuted at the Montreal Museum of Fine Arts in 2011. 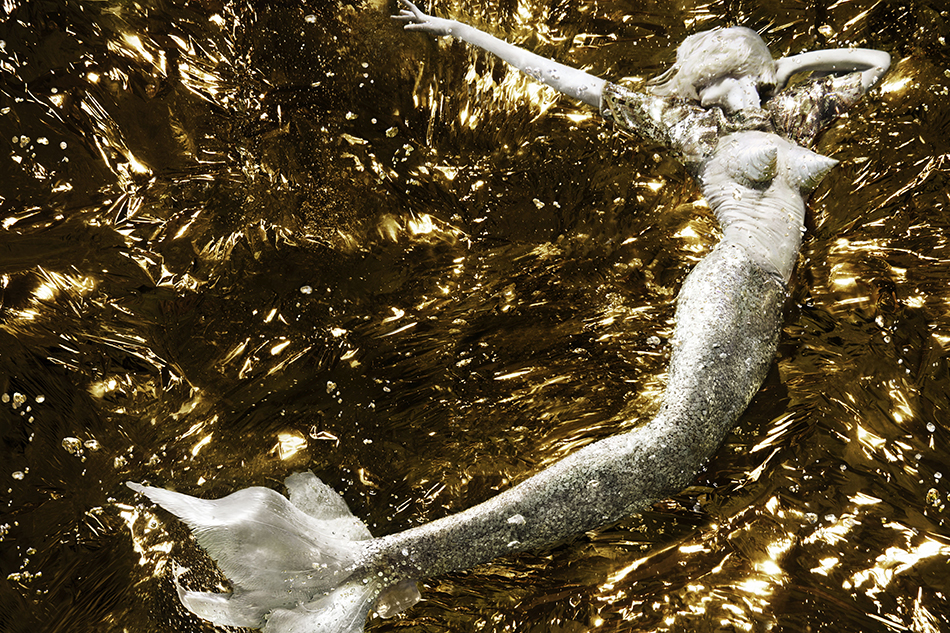 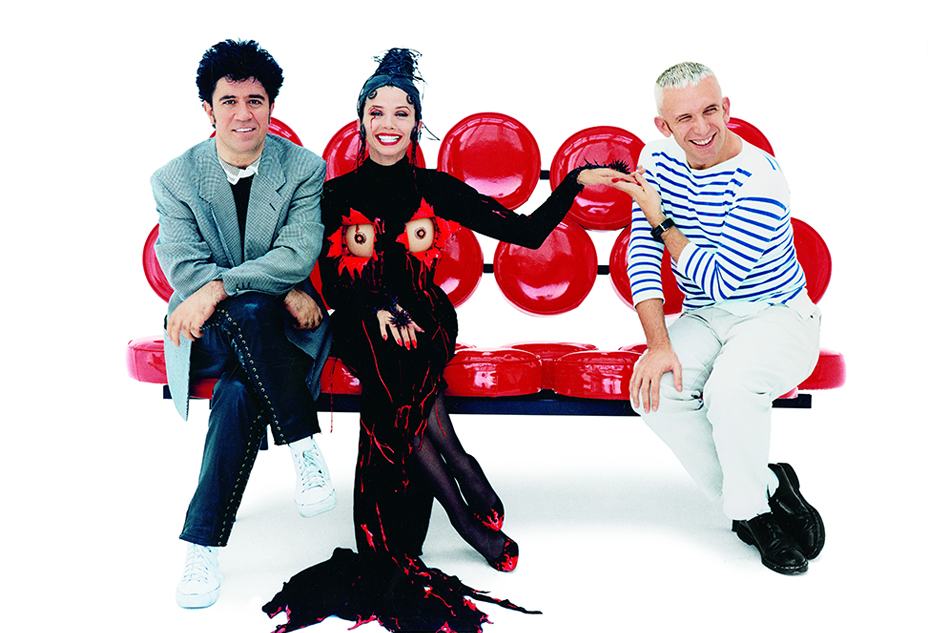 To promote the 1993 movie Kika, the designer (right) posed with actress Victoria Abril and the film’s director, Pedro Almodóvar, for whom Gaultier has designed many costumes. Photo © Nacho Pinedo/Jean-Paul Gaultier Archives 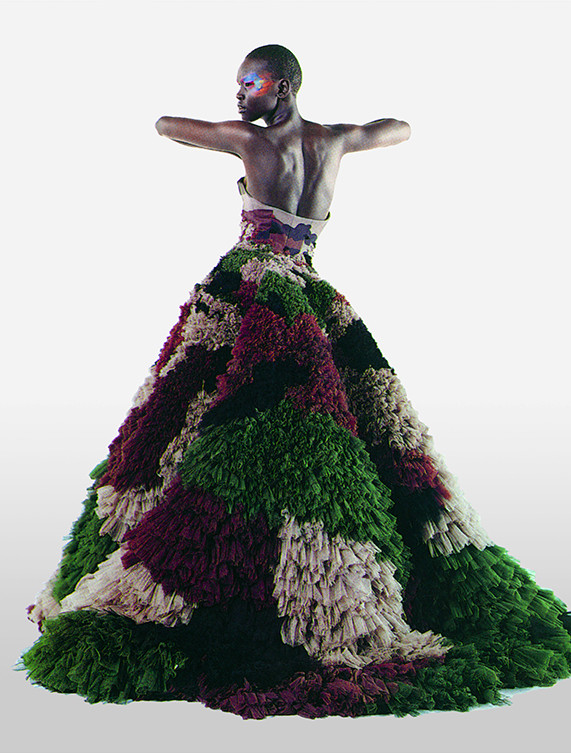 There is so much material. How did you manage it?

We organized the show in seven thematic sections, including “The Odyssey,” in which Gaultier’s sailors, mermaids and religious iconography dominate. It includes stage costumes worn by Beyoncé, and dresses designed for actresses Catherine Deneuve and Marion Cotillard to wear to the Oscars. Plus, we have his fabulous Latex bodysuit with golden scales, cone bra with shells and long, form-fitting sequined alpaca skirt with latex mermaid’s tail.

Lingerie and corsetry fill the “Boudoir” section, where we display Gaultier’s childhood teddy bear, for which he made his first cone bra. This is where you’ll find Madonna’s conical bras and corsets plus pieces from his time as the Hermès creative director from 2003 to 2010.

In the “Muses” section, we show how he created a new ideal of beauty by celebrating all kinds of people. And in “Punk Cancan,” we illustrate how he blended Parisian classicism and elegance with London punk by combining Parisian icons like the beret, the trench coat and the Eiffel Tower with tattoos, latex, leather and fishnet. As an example, we have the chiffon-camouflage dress Sarah Jessica Parker wore to the 2000 MTV Movie Awards. It took more than three hundred hours to make. 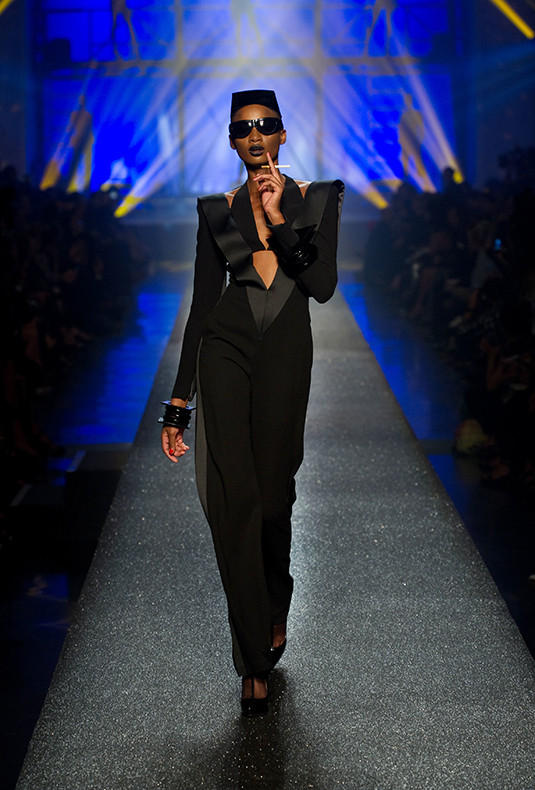 Besides his eclecticism and open-mindedness, what else would you say defines him?

His sense of humor and his irony. He never takes himself too seriously. And his brilliant craftsmanship. One of his most famous pieces in our exhibition is his “leopard skin” beaded evening gown with rhinestone claws, from 1997. It is taffeta embroidered with beads and rhinestones and took one thousand hours to create. It’s like a sculpture.

We were able to include recent garments from just the past year, including three or four ensembles from 2013 that show the influence of Gaultier’s muses like Boy George and Grace Jones. We’ve also added more programs, lectures and symposiums and interactive exhibits.

Why is the show well suited to Brooklyn?

I think it will be particularly resonant with Brooklyn’s diverse community, as diversity is essential to Gaultier.

Does it look very different in this venue?

Definitely. We have a lot of acreage here and a spectacular rotunda. It will be highly designed and a powerfully visual show. He was the first designer who gave people permission to be themselves. That’s going to make quite an impression.