At the Somerset House, a Former Menswear Designer Offers Vintage Furniture with Wit and Edge 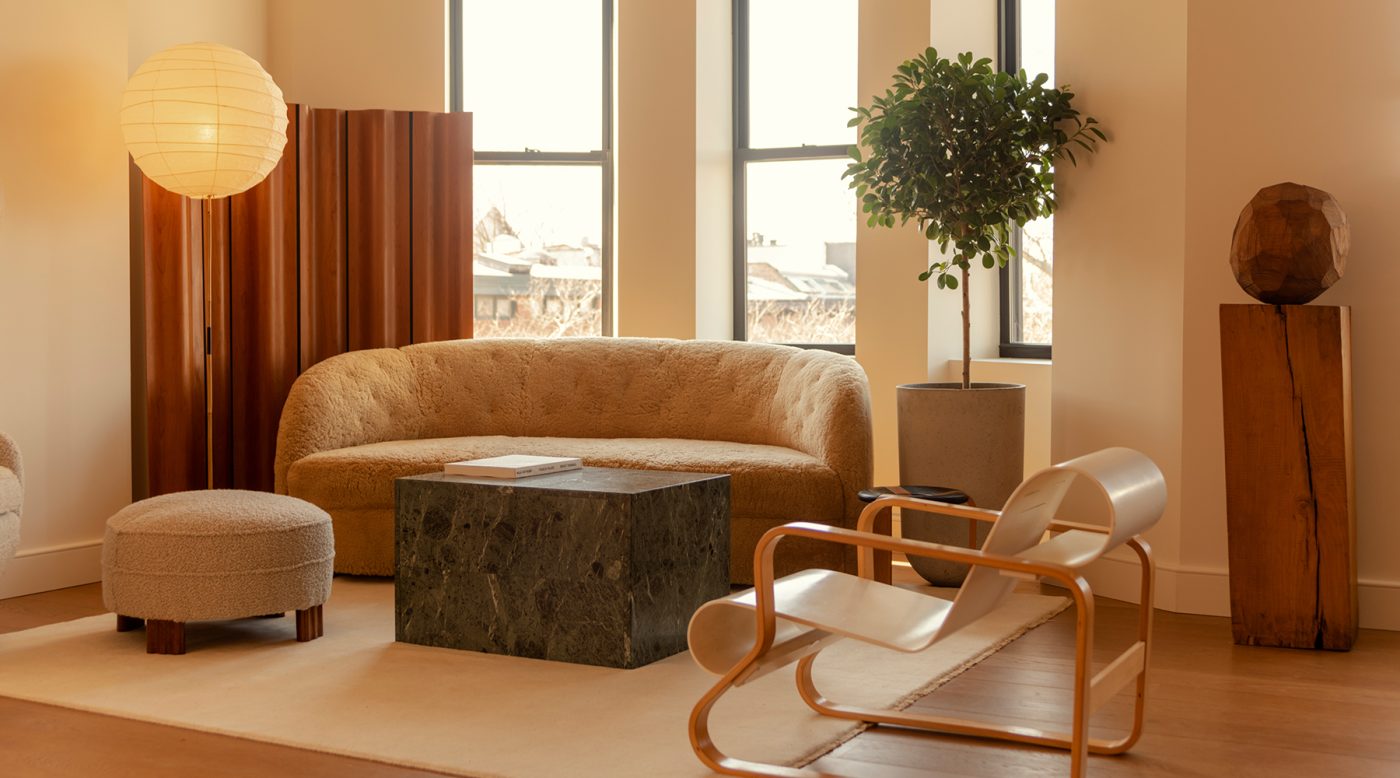 April 24, 2022The Somerset House is named for the street its owner, Alan Eckstein, grew up on in Great Neck, New York. Which is lucky, because neither North 6th Street, the New York furniture gallery’s first location, in Williamsburg, nor 48th Avenue, its current Long Island City address, sounds particularly enticing.

But inside the loftlike 4,000-square-foot space, enticements are everywhere. “I don’t buy things just because they’ll sell,” says Eckstein. “I buy things that make me happy.”

The truth of this statement is evident as he moves around the space, with jazz playing softly in the background. (The tracks are only instrumental. “It’s hard to talk to customers when there’s singing,” Eckstein says.) His three-year-old miniature dachshund, Cozy, follows, as if eager to learn about 20th-century furniture design from her master.

The tour includes some very high-end pieces, including a Pierre Paulin sofa for $32,000, but also items priced at just a few hundred dollars. “We have a range — I want furniture fans to walk out the door with something,” Eckstein says. And he wants them to use what they buy. “Can you really sit on a $100,000 chair?”

Eckstein, 36, lives a block away from the store with his wife, Haley, a fashion stylist who has helped out at the Somerset House, and their newborn, Luke. “We have a generous maternity leave policy,” he jokes. But when she’s ready, Haley will join her husband at the gallery full-time. “It’s a family business.”

Seated in a Moduline lounge chair, with Cozy in his lap, Eckstein spoke with Introspective about how a love of furniture got him where he is and where he hopes it will take him.

Absolutely. If I can’t have it in my life, what am I doing all this for?

My grandmother, Marie Abrams, was an interior designer in Great Neck. I always liked her sensibility. There was one chair in her apartment that I particularly loved — it was a spindly Secessionist piece, wood with lots of inlay. She sat in it all the time. And when she died, I hoped that I could have it. But another relative got to it first, which made me really sad.

Then I started thinking, “Cheer up. Stop being obsessed about her stuff. Go get your own stuff that you can be obsessed about.” That chair was a catalyst.

This wasn’t your first career.

I was in fashion for thirteen years. I was the co-creative director of [menswear label] Timo Weiland, and then I had my own line of sustainable fashion — I took old Levi’s, and I kind of modernized them. But I never made a cent. So I needed a side hustle.

How did you go from fashion to interiors?

A friend who knew how much I loved interior design let me do the model apartment in a building he developed in South Williamsburg. With the money he paid me, I started a small furniture collection. And from then on, I used any money I made to buy vintage pieces, which I used for staging high-end apartments in Brooklyn and Manhattan. That business was going well.

The pandemic hit, and I figured there wasn’t going to be much staging for a while. And I was paying a lot of money to store furniture. So I decided to open a showroom.

I had no capital, but I had a lot of inventory. So, I went to a couple of developers in Williamsburg and asked if they would let me have a vacant space in exchange for a share of revenue. They said yes, and that started an entire career.

I had the nicest possible retail space for eighteen months. Then, they found a permanent tenant, and I moved to Long Island City.

How would you describe your style?

My style has got round edges. It’s got gilded frames. It’s got stripes. And it’s got texture. It has a mid-century American foundation, but it blends in pieces from Africa, Asia and Europe. I don’t really have any direct competition, because my style is different from everybody else’s. In the vintage world, everyone’s a curator with their own style — really, no two galleries compete directly.

Is there a piece you like so much you’d rather not sell it?

That Ettore Sottsass totem from the nineteen eighties. It’s made of five different materials. It’s pure punk rock. Someone wanted to buy it the other day, but I wasn’t ready to sell it.

So, you get attached to pieces?

I’ve been known to try to buy some pieces back. After I sold a Charlotte Perriand swivel chair a few months ago, I missed it so much I immediately bought another for the space.

Do you modify pieces?

All the time. I sawed off the legs of an awkwardly proportioned Swedish pine table to make it coffee table height. And I put an amoeboid glass top on a Mies van der Rohe table base, to make it a little edgier.

That Pierre Paulin ABCD sofa — we refoamed it and reupholstered it in wool bouclé from Dedar Milano. And that rare Robert Sonneman floor lamp was all chrome when we got it. We had to sandblast it over and over to get the chrome off. Then we powder coated it in cream. For me, chrome is total seventies, like a shag rug. I wanted it to be more versatile.

Do you worry about trends?

I try very hard to buy timeless items. It’s inevitable that things will go in and out of style, and probably faster than ever before. Except Scandinavian modern — that will last forever.

How do you settle on a price?

I consider not just what other people think a piece is worth but how much impact it will have. Take that porcelain pendant by Matteo Thun. If I sold it for $1,200, I’d be bummed. It will change a room. To me, that’s worth $2,000.

What’s next for you?

Now that the pandemic is over, I’m doing some staging again. I want to do more interior design. We’re doing a whole house on Long Island and several other residential and commercial projects.

Do you miss working in fashion?

I think I’ve cared about furniture longer. Meaning, if you told me when I was a kid that I’d be doing interiors, it would have clicked. Fashion never felt that way for me. Also, the fashion world is cutthroat. There were only so many lines that Barneys could pick up. But in furniture and interior design, there’s more than enough work for everyone. I don’t feel competition. I feel creativity and cooperation. And everybody seems to have a story — and knows a whole lot about at least one thing. That keeps it interesting. 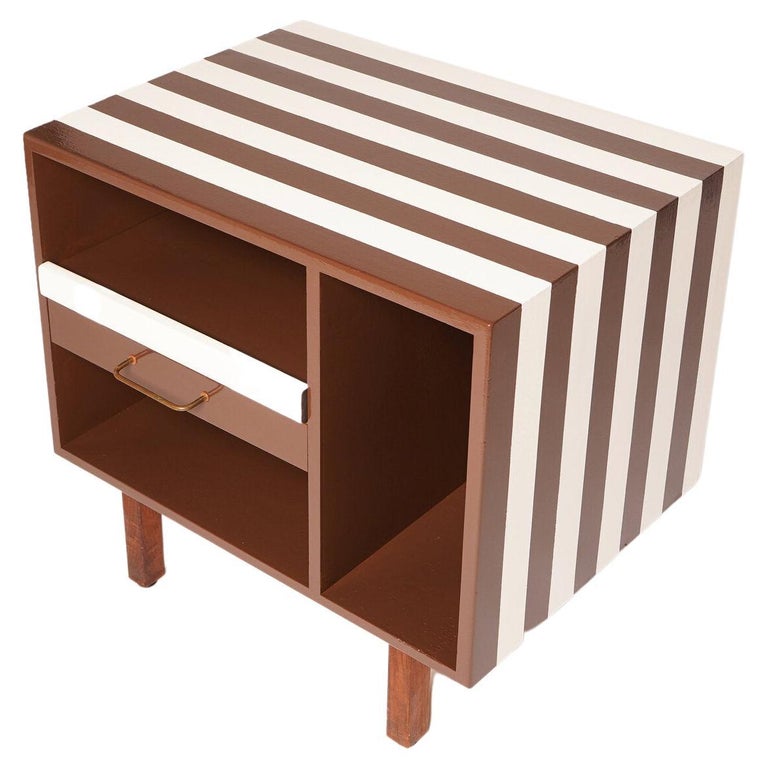 “We hand-painted this cabinet with marine-grade paint. It took at least ten coats to create the enamelized finish. The result was worth every coat.” 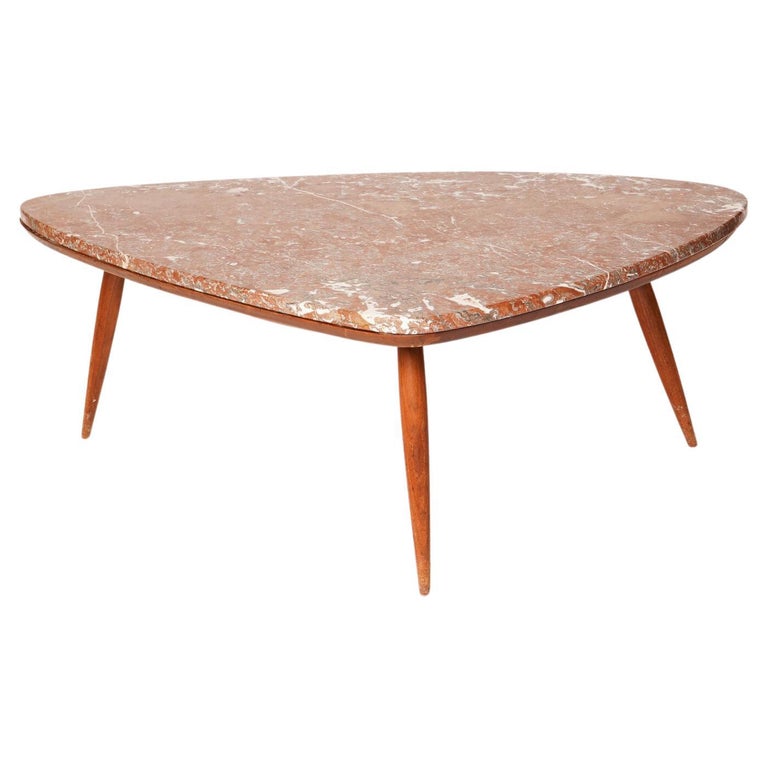 “This Phillip Lloyd Powell ‘guitar pick’ table is rare, as it was custom ordered with a textured-marble top. The look is striking.” 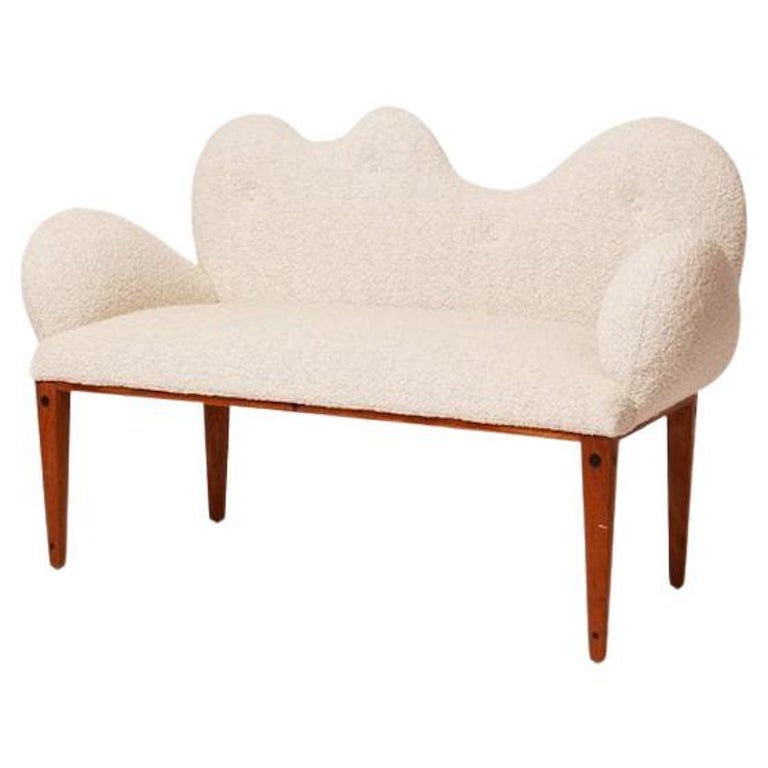 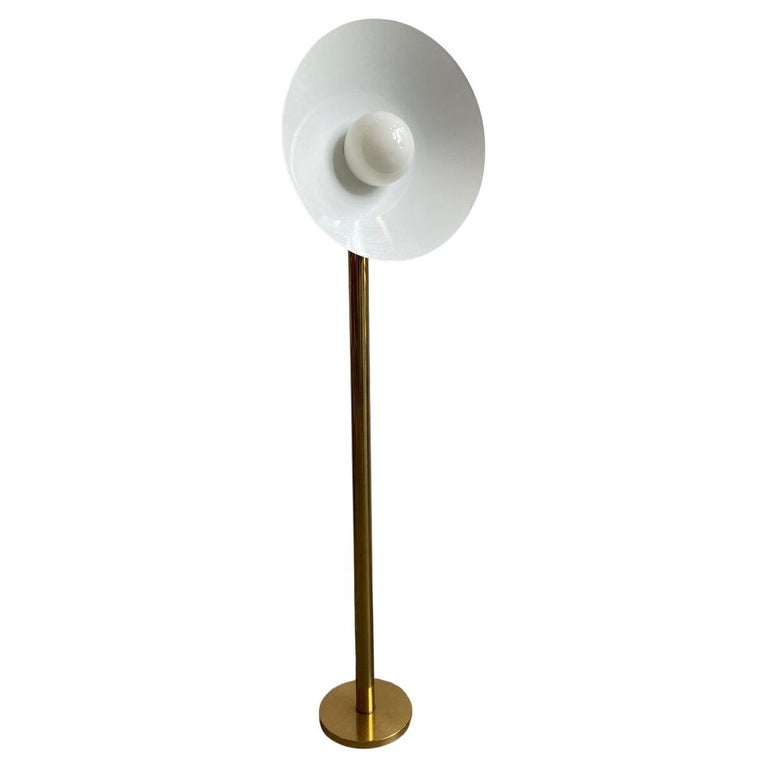 “I love the halo effect you get when you point this fixture at a wall.” 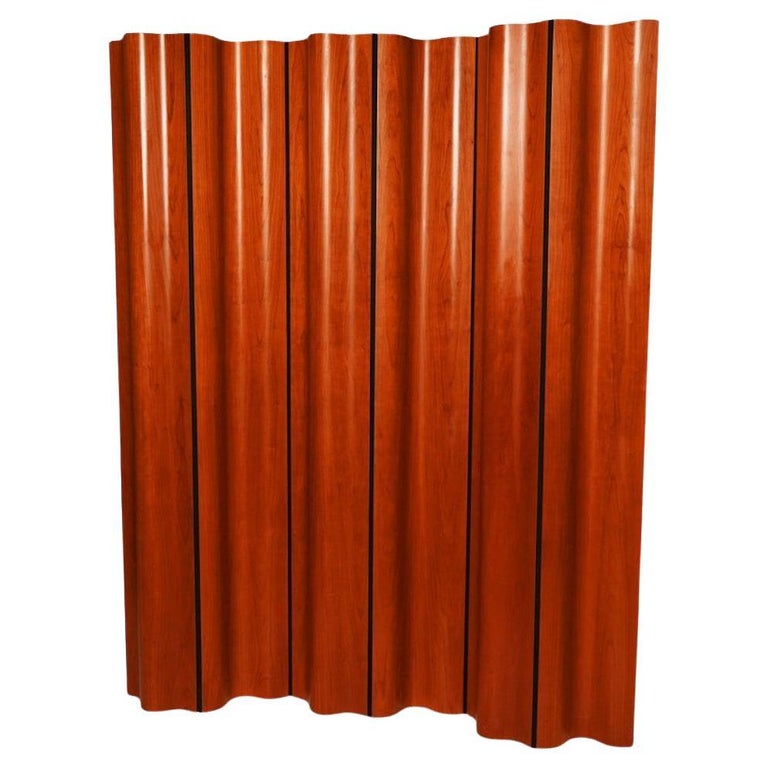 “There are so many uses for this modular screen. But whatever you use it for, it brings just the right amount of gentle modernity to a room.” 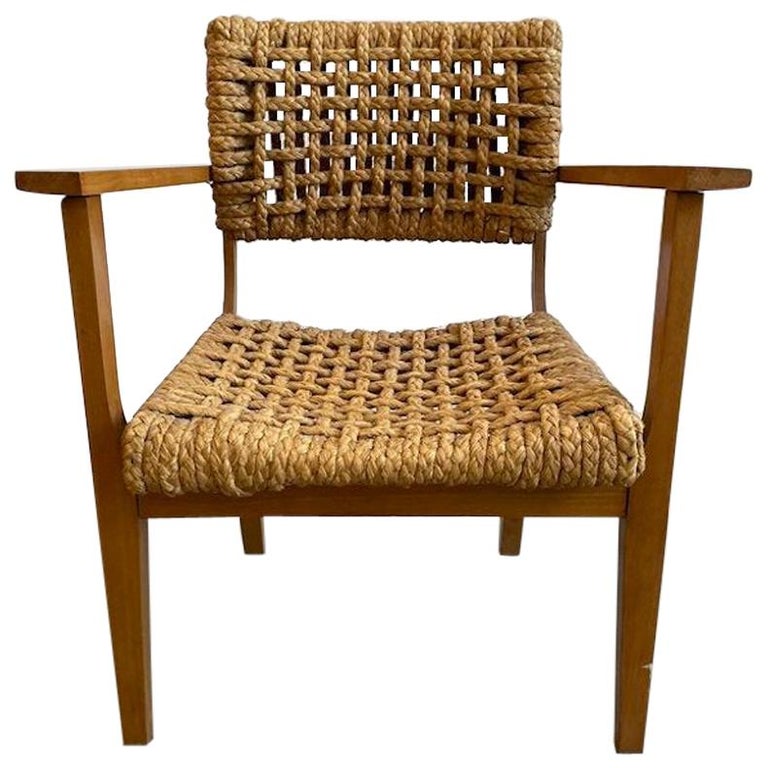 “Designing for the masses, this French couple focused on the possibilities of rope. The handmade quality of their work always gets me.” 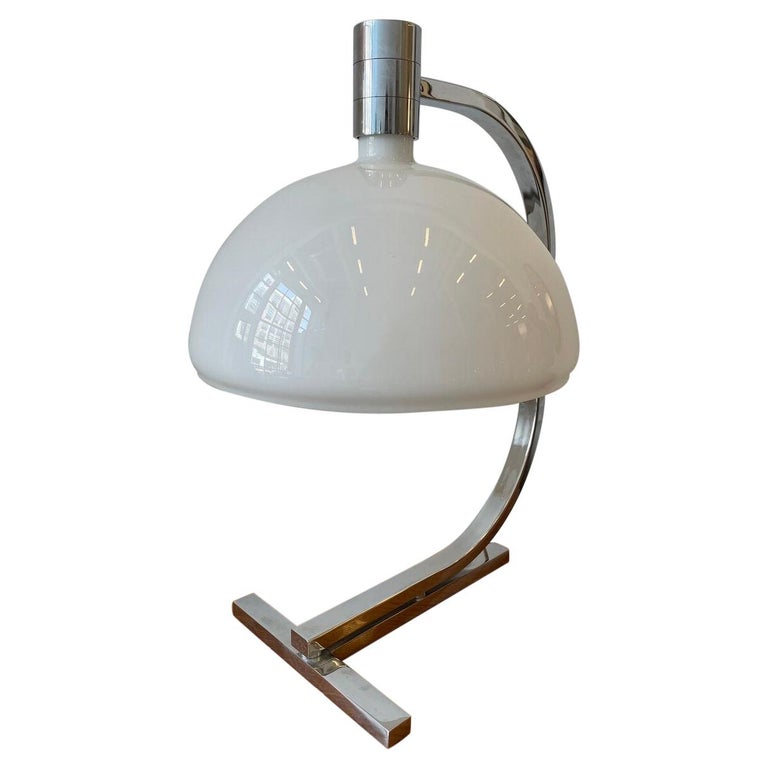 “Franco Albini did a lot of very chic lamps, some with metal shades over the light bulbs. I love the soft glow you get from the milk glass on this one.”