The Designer Down Under 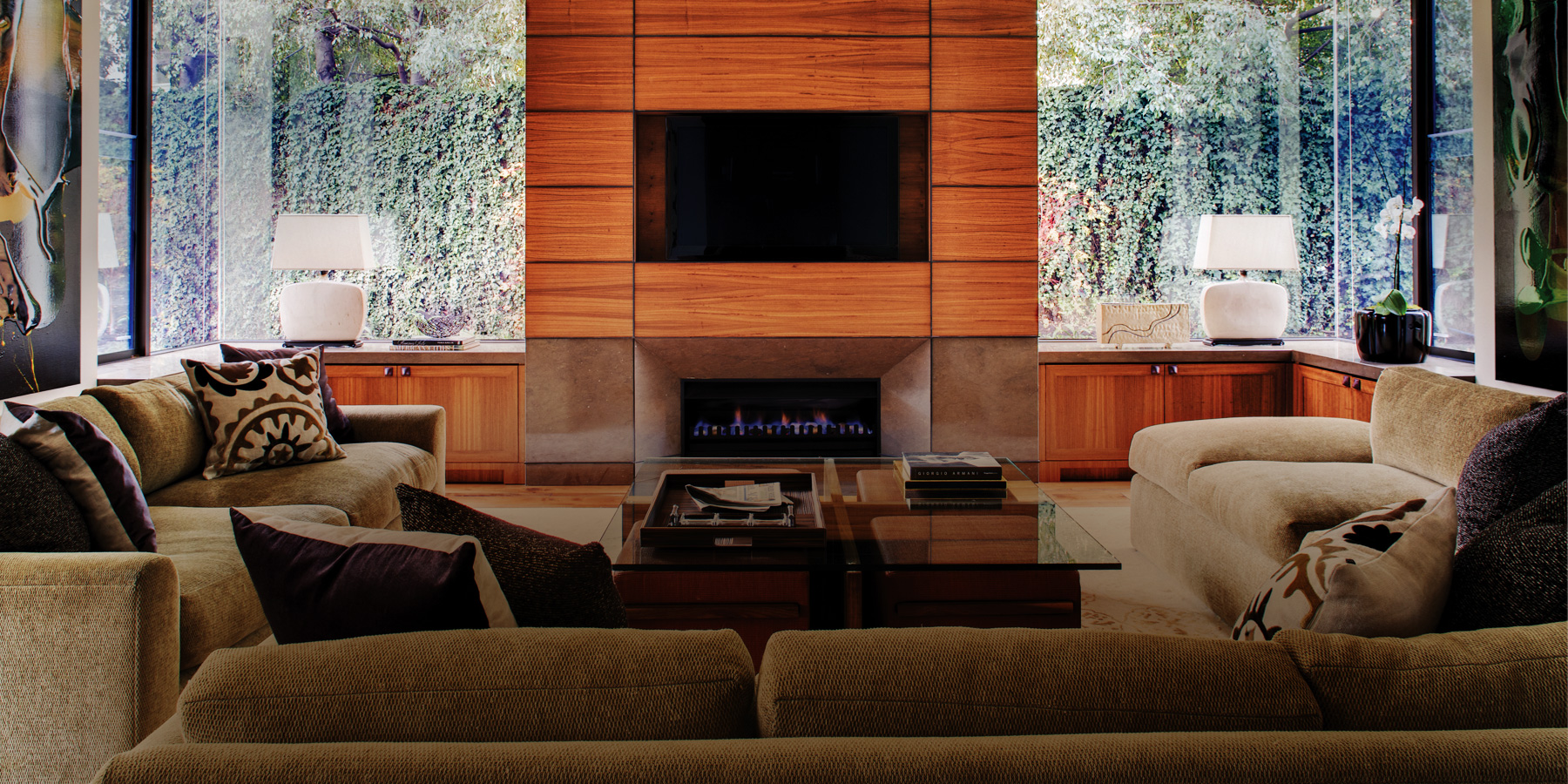 The American-born interior designer Thomas Hamel splits his time between the sunny locales of Los Angeles and Sydney, Australia, and also works in London, Singapore and points in between. But regardless of a project's locale, he brings a breezy, relaxed elegance to every project, blending indoors and out, old and new, and local and global sensibilities. 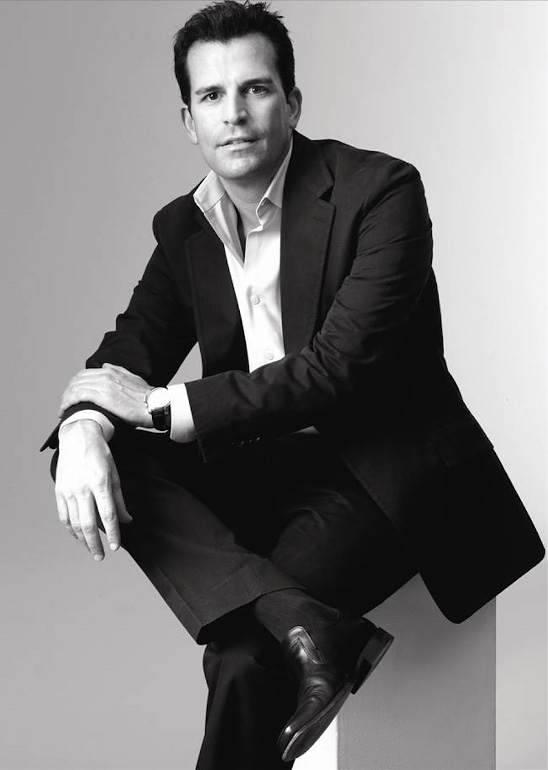 January 26, 2015The American-born interior designer Thomas Hamel splits his time between offices in Los Angeles and Sydney, Australia (photo by Lord Litchfield). Top: Oversize windows and panels of timber and bronze wrap the sitting room of a home in Melbourne, Australia. All photos by Matt Lowden unless otherwise noted

Thomas Hamel is in constant motion. From offices in Los Angeles and Sydney, Australia, the interior designer is currently working on houses in Montecito, California; Windsor, Florida; Telluride, Colorado; and a New York City apartment, as well as projects in Sydney and Melbourne. On top of that, he’s simultaneously adding finishing touches to the home in Los Angeles he shares with his partner, George Massar, the CEO of the Kneedler Fauchère showroom in the Pacific Design Center.

“We’ve finished our apartment in Sydney,” says Hamel, a native of Norfolk, Virginia, who has lived in Australia for the past 20 years. “Now, we’re working on George’s house together, adding a few pieces that reflect my taste, too; making it ours.”

The house is remarkable for its airy transparency: a soaring space with an open-floor plan whose living, dining and kitchen areas all flow toward glass doors that open onto a Zen garden–like yard and pool deck. The look is quintessential California contemporary, with its emphasis on openness, light and a close relationship between indoors and out. It’s a style that has proven popular with many of Hamel’s clients as well, certainly in sunny L.A. and Sydney, but also in less likely places.

“Everybody wants the indoor-outdoor lifestyle,” Hamel asserts. “Even in places like London, where the weather is frequently dreary, and Singapore, where they have one-hundred percent humidity, clients still want to feel connected to their external environment.” 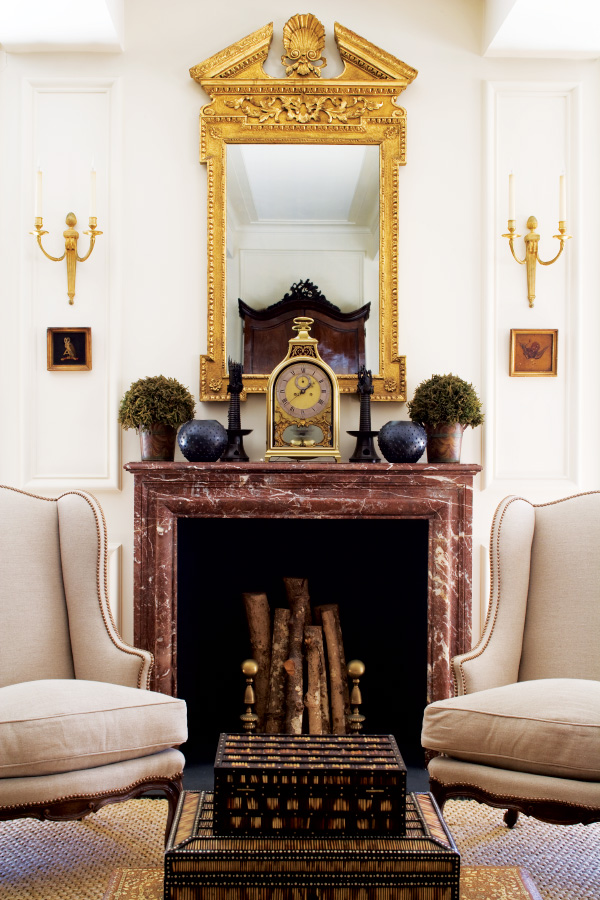 For the designer’s own Sydney apartment, he sought to create the look of an international hotel suite that could be found in New York, Paris or London. In the living room, a George II giltwood mirror and bracket clock by Hindley of York, ca. 1765, sit above a Louis XV-style marble fireplace.

Constant travel inspires  Hamel, allowing him to create richly layered, thoughtfully edited spaces that express each client’s lifestyle and interests. (A range of these projects was collected in Residence, a sumptuous monograph published a few years back by Hardie Grant.) He often begins with an elegantly neutral palette, working with a subtle background of creams, ivories and eggshell, then adds precisely calibrated visual interest with richly textured fabrics — Fortuny velvet pillows, say — and luxurious finishes.

Hamel has a strong affinity for punctuating his uncluttered interiors with important antiques and richly patinated objects and furniture.

“The light in Sydney, like Los Angeles, is very strong and direct. It’s very clarifying, but it can also be overwhelming,” says the designer. “That’s why I like to use neutral tones. The deep reds and emerald greens you sometimes see in Paris apartments would look garish and harsh. I can use deeper colors in Melbourne, because it’s more of a colonial town: It’s got more classic, nineteenth-century houses, and the strong colors look right in that context.”

Hamel doesn’t adhere strictly to the modernist aesthetic; he also has a strong affinity for punctuating his uncluttered interiors with important antiques, richly patinated objects and furniture like rococo gilt mirrors, Art Deco cabinets, imposing Louis XV console tables and elegant Regency chairs. “I like to add a few antiques to an otherwise contemporary design,” he continues. “Especially with modernist architecture or brand-new construction. Including a few pieces with a sense of age and history helps add depth and character to rooms that don’t yet have their own.” 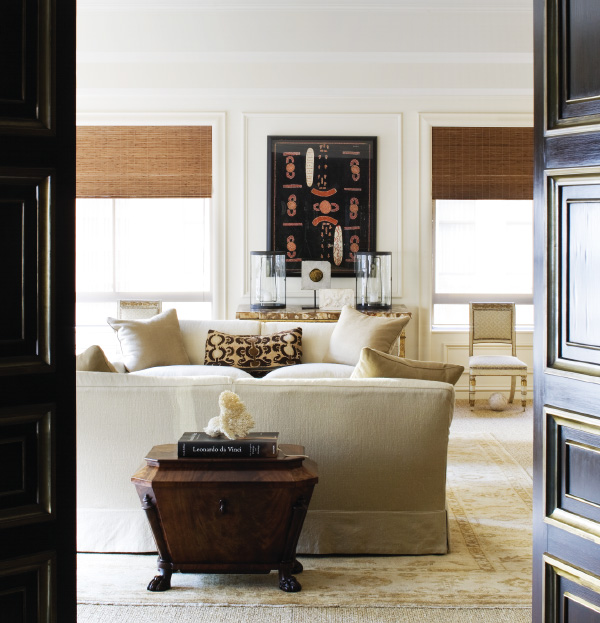 For the sitting room in his own Sydney apartment, done in shades of creams and tans, Hamel found the antique rug in Istanbul and the large hurricane lamps in Los Angeles.

He attributes his affinity for antiques to his upbringing in Virginia, where towns are filled with examples of meticulously preserved Georgian architecture, and his appreciation for history and its artifacts runs deep. “Williamsburg was utopia for me as a child,” he fondly recalls of the city that’s home to the living-history museum that is Colonial Williamsburg.

Hamel left Virginia for New York to attend the Fashion Institute of Technology and later continued his studies at the American College in London, completing a bachelor’s degree in interior design, all the while gathering inspiration at every step. After London, he returned to New York and worked with renowned designer Bebe Winkler before landing a job with the storied firm Parish-Hadley Associates.

It was the age of Reaganomics and an exhilarating time in New York, with art, fashion and design all converging amid a rising tide of seemingly limitless new money. Working with Parish-Hadley put the young Hamel squarely at the center of it all. “It was a finishing school for interior designers,” he recalls. “Sister Parish and Albert Hadley defined American style. They taught me appropriateness and suitability. It helped me become the designer I am today.”

When the economic bubble burst in the late ’80s, Hamel sought new horizons. He found them in Australia, which seemed ripe with untapped potential, and opened his eponymous design firm in Sydney in 1991.

In the Sydney Victorian house, a large American flag adds a strong visual statement to a boy’s bedroom.

Once again, Hamel arrived in a city experiencing an explosion of growth and creativity, and that was rapidly expanding its global reach. Throngs of Asian business people from places like Tokyo, Taiwan and Singapore began arriving in Sydney, and Hamel’s brand of relaxed elegance and global fusion appealed to them as much as it did to Sydney’s established sophisticates. He began to embrace new levels of design challenges both in Australia and around the world: a slew of luxury yachts and hotel projects in Australia and New Zealand, a castle in Scotland and an ambassadorial residence in Singapore.

“Most of my international clients have some sort of an Australian connection,” Hamel explains. “They have emigrated there from somewhere else, or they are citizens of other countries but have business ties to Australia and maintain a second home there, or they are Australians who have second homes in other countries. I just did a Park Avenue pied-à-terre for an Australian couple whose kids are going to college in New York.”

Despite his global reach, Hamel is not interested in creating a design conglomerate or “brand,” but rather a highly personalized company that offers discreet and impeccable service.

“I want to give my clients the highest level of personal attention,” he says. “Attention that’s individualized, unique and reflective of who they are and how they want to live, because in the end, a house should be filled with the souvenirs of their life.”