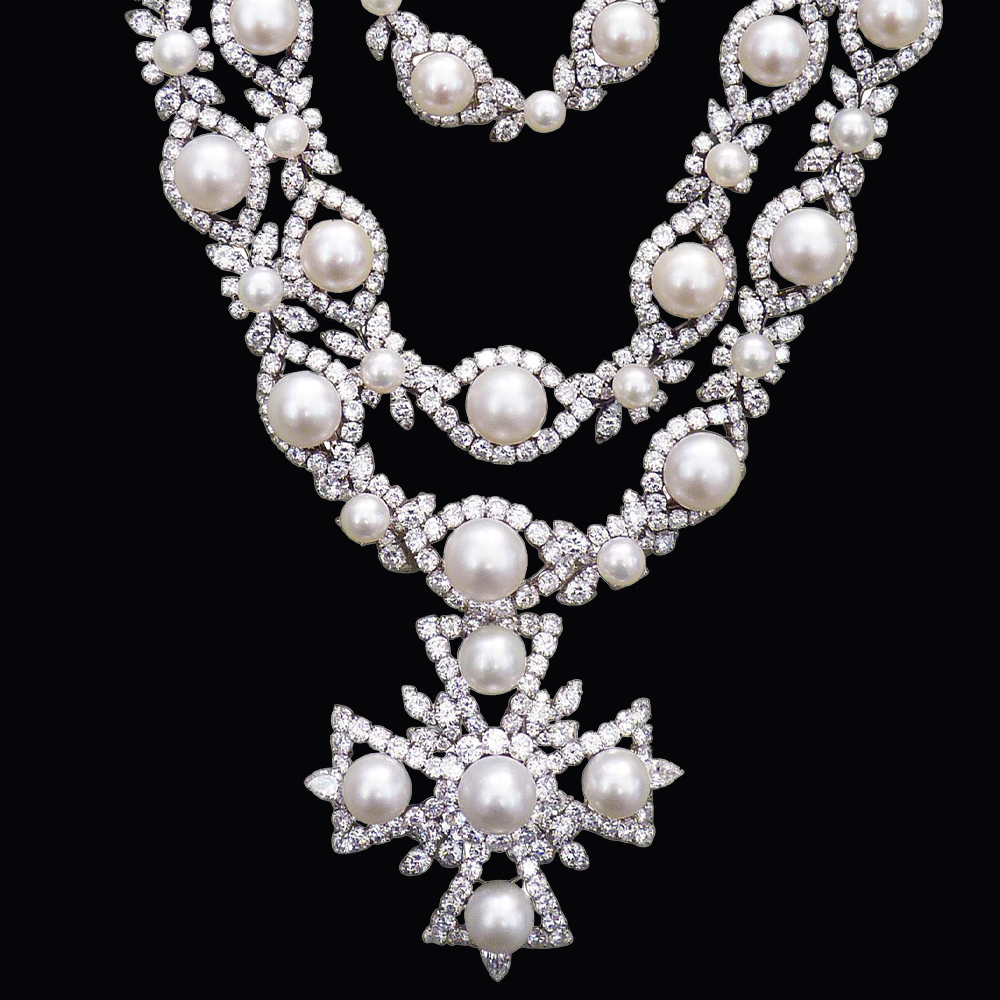 September 5, 2021The financial value of a magnificent jewel is determined by a variety of factors, including rarity, condition and what the collectors’ market will bear. In the case of this cross necklace, made in 1967 by the venerable French jewelry house Van Cleef & Arpels, the materials alone — more than 100 carats of diamonds and an abundance of rather large South Sea pearls, all mounted in platinum — would fetch a tidy sum. But jewelry dealer Lawrence Paul, owner of Spectra Jewelry in New York City, says it’s best to think of it as a one-of-kind treasure reflecting the singular work that VCA was doing in the late 1960s. One of the stars of Paul’s world-class inventory, it “was surely a custom piece made for a prominent customer,” he says. “It appears a little bit ahead of the time period and closer to the styles Van Cleef started producing in the early nineteen seventies.”

Paul points to the coronation crown of Empress Farah Pahlavi of Iran as an example of a contemporaneous piece. The royal commission is similarly heaped with variously shaped pearls and intricate loops and swoops of diamonds. But the necklace has yet another feature to recommend it: The remarkable creation detaches, converts and otherwise shape-shifts into multiple styles — a double-row necklace; a long, swingy sautoir; a necklace and bracelet set; a short necklace and two bracelets; and a choker with or without the pendant. And the pendant itself can be worn as a brooch. “It’s the most versatile piece of jewelry I have ever seen,” says Paul. Talk about getting your money’s worth! 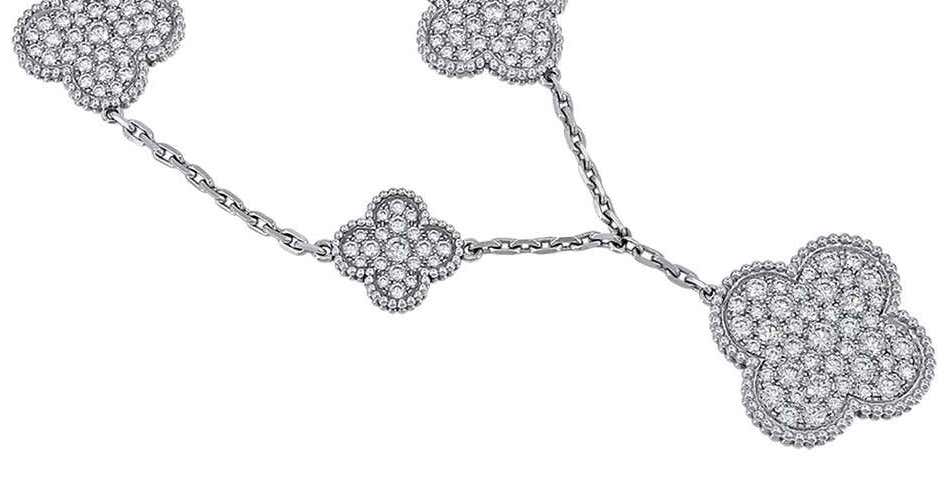