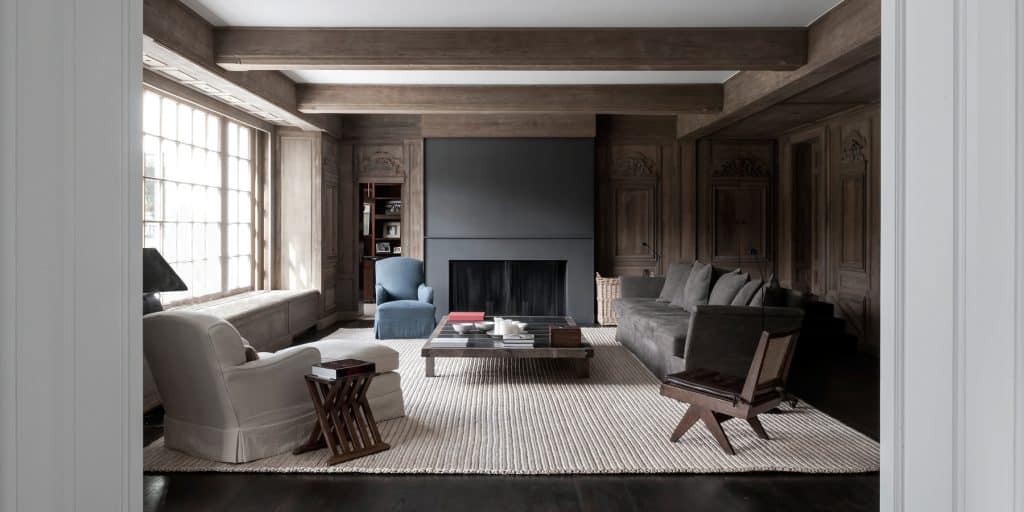 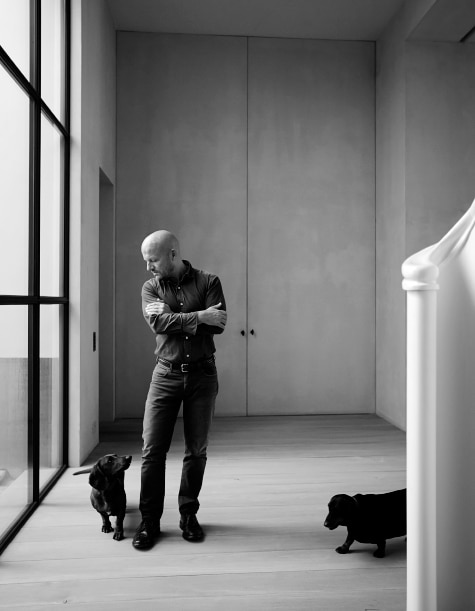 Belgian architect and designer Vincent Van Duysen readily admits that he doesn’t share the personality of his interiors. Judging from his work, you could imagine him as sober and subdued. His projects to date have ranged from villas and apartments in his native land to offices in New York (for the consulting firm Capco) to retail spaces in Germany (Hamburg’s Aesop store). Each is typified by pure, rigorous lines and what he likes to term a “warm minimalism.”

In person, Van Duysen is certainly warm, but his demeanor is hardly minimalist. The photographer François Halard — who, along with several other shooters, is collaborating with him on a monograph due to be released by Thames & Hudson this fall — calls him “extremely affable.” The fashion designer Jenni Kayne, who has commissioned him to design a house in Los Angeles, describes him as “sweet, funny and silly” and also as “down-to-earth and humble.” He is lively, entertaining and very, very talkative too.

Unlike many designers, who like to keep their private realms exactly that, Van Duysen insisted we meet at his home on a quiet residential street about a 15-minute drive from Antwerp’s central train station. His convivial nature is evident from the get-go, as he shares thoughts on subjects ranging from the seaside home he’s building for himself in Comporta, Portugal (“I like the nostalgic feeling and atmosphere of the country — I find it’s very authentic, very unspoiled”), to famous friends, like the actress Julianne Moore, whom he met in New York in 2008 at an after-screening party for her movie Blindness. He characterizes her as “caring, understated, no ego, a great mum, a great sense of humor and a great sense of taste.” 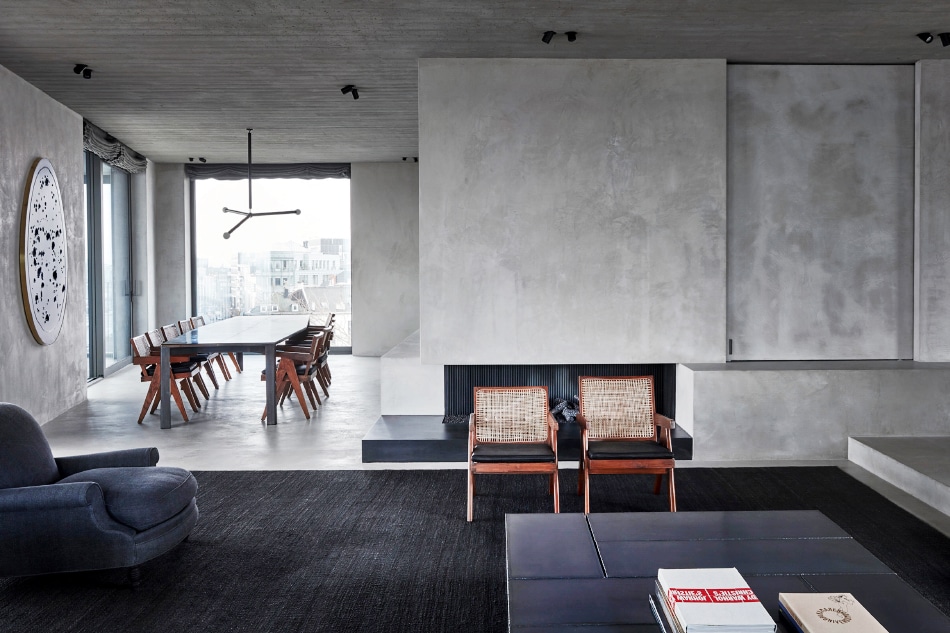 In the living room of an Antwerp penthouse, Jeanneret dining chairs sit at a Vincenzo De Cotiis table under an Apparatus pendant lamp. The artwork is by Gavin Turk, and the chairs in the foreground are also Jeanneret. Photo by Mark Seelen 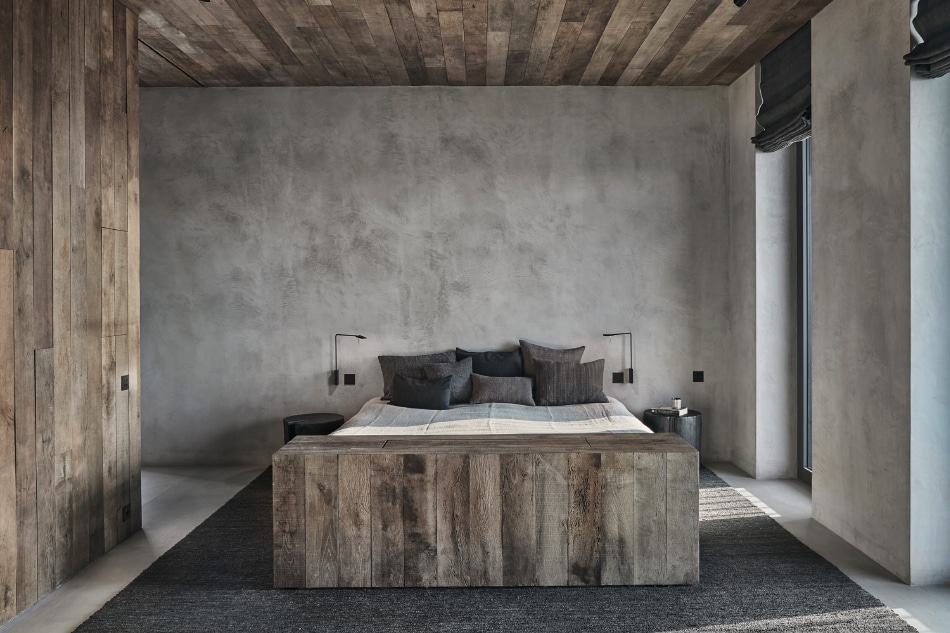 The penthouse’s master bedroom, although minimally decorated, derives warmth from the rustication of the reclaimed oak planks used on the walls, ceiling and footboard and from the particular finish of the plaster on other walls. Photo by Mark Seelen 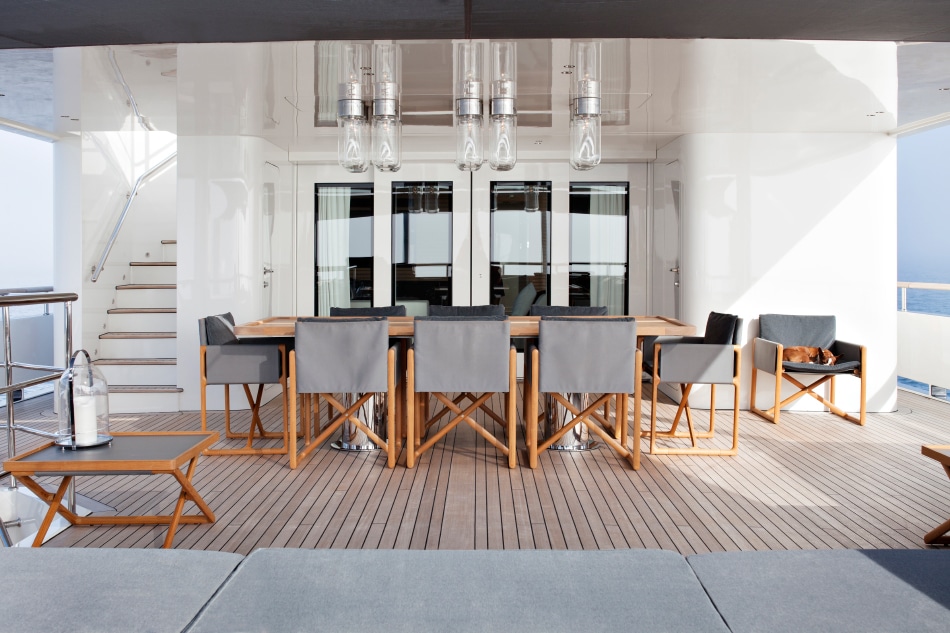 Venturing into yacht design, Van Duysen conceived the decor of the cruiser the RH3, whose top deck is seen here, with furniture by Paola Lenti. Photo by Bart Heynen 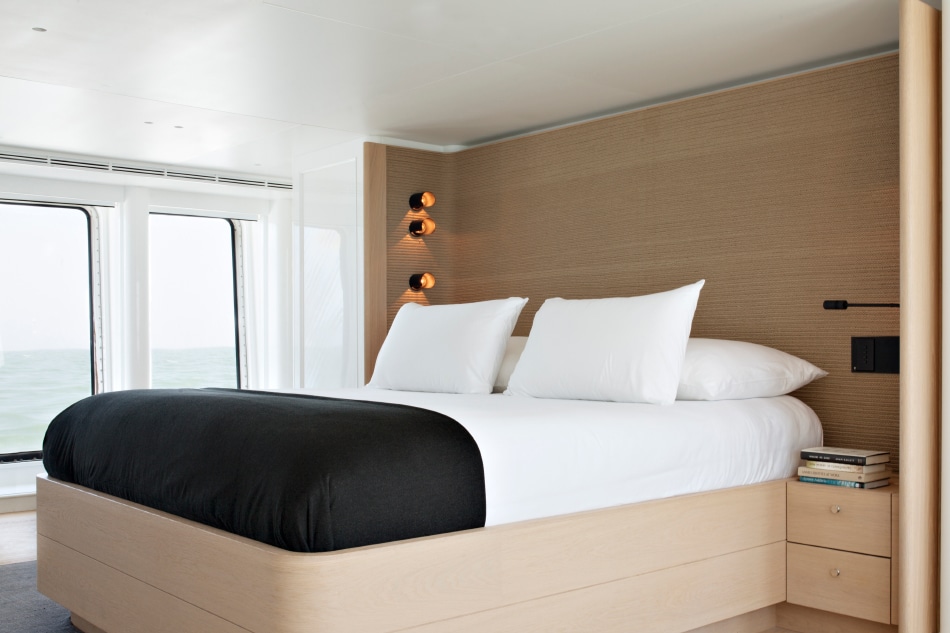 One of the yacht’s five cabins, the master suite extends the width of the ship and is fitted with brushed oak paneling and lighting from PS Lab. Photo by Bart Heynen 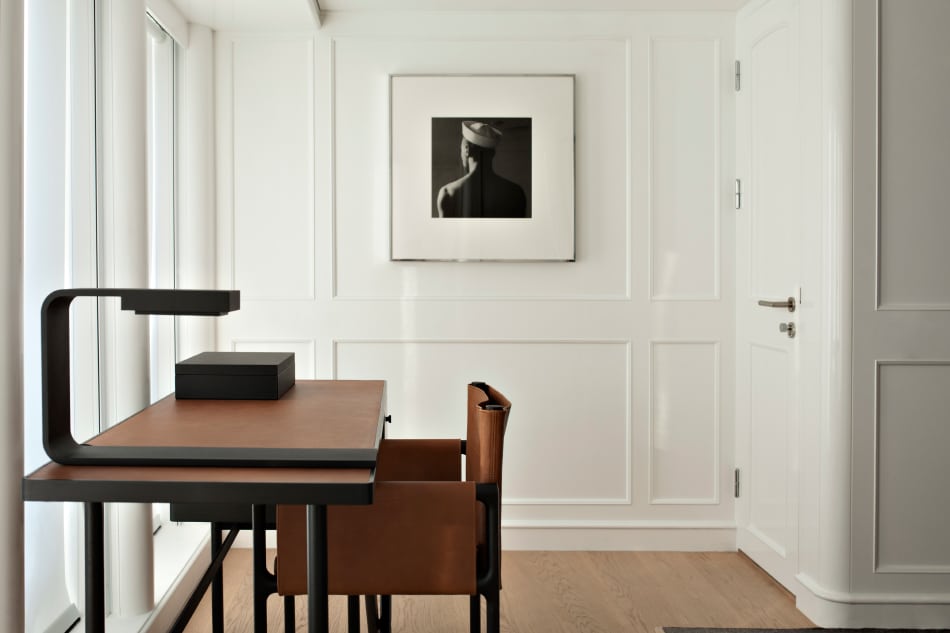 A leather and metal desk by Van Duysen, another chair by Lenti and more PS Lab lighting occupy the study nook of the ship’s master cabin. A Robert Mapplethorpe photograph hangs beyond. Photo by Bart Heynen 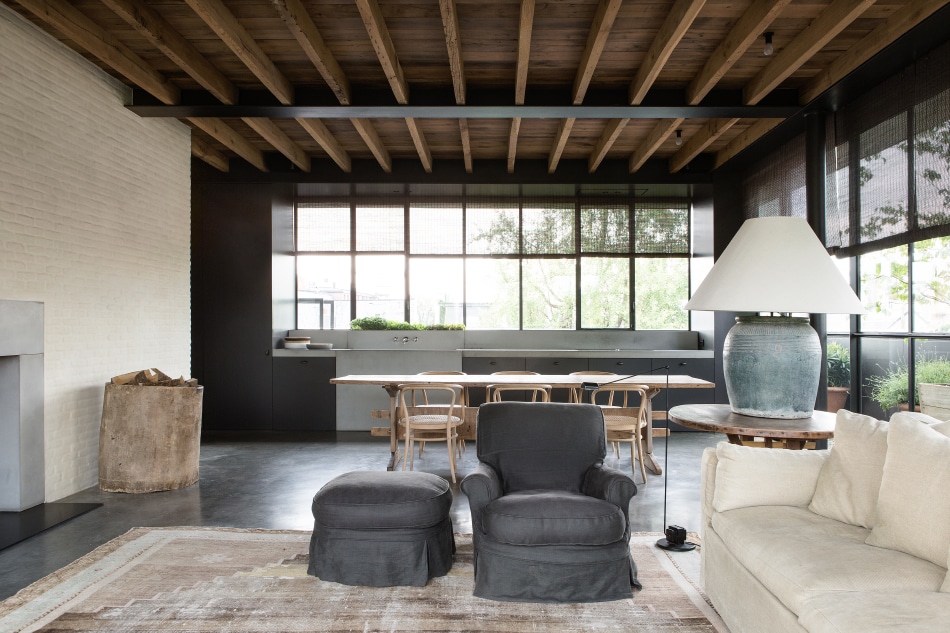 Van Duysen created the vacation apartment in Antwerp’s Graanmarkt 13, which includes a concept shop and restaurant in addition to this holiday hideout. Thonet chairs surround a table of his own design, and a Tommaso Cimini floor lamp called Daphina Terra sits over the armchair. Photo by Frederik Vercruysse 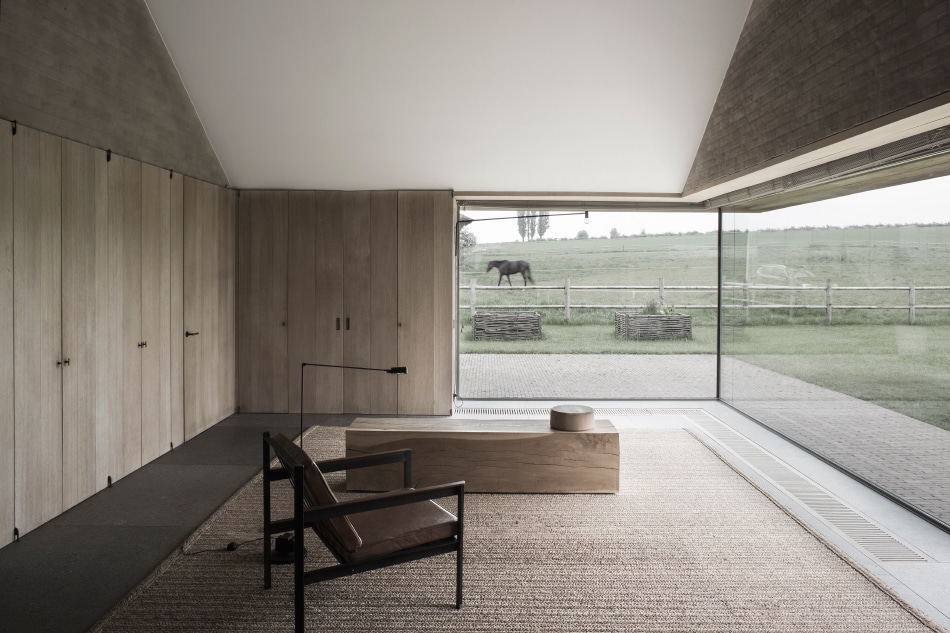 At a home in Zwevegem, Belgium — not far from Kortrijk, in the country’s western stretches — Van Duysen outfitted a family room with a Brabo chair by Geiger Furniture and another Daphina Terra floor lamp by Cimini. Photo by Juan Rodriguez 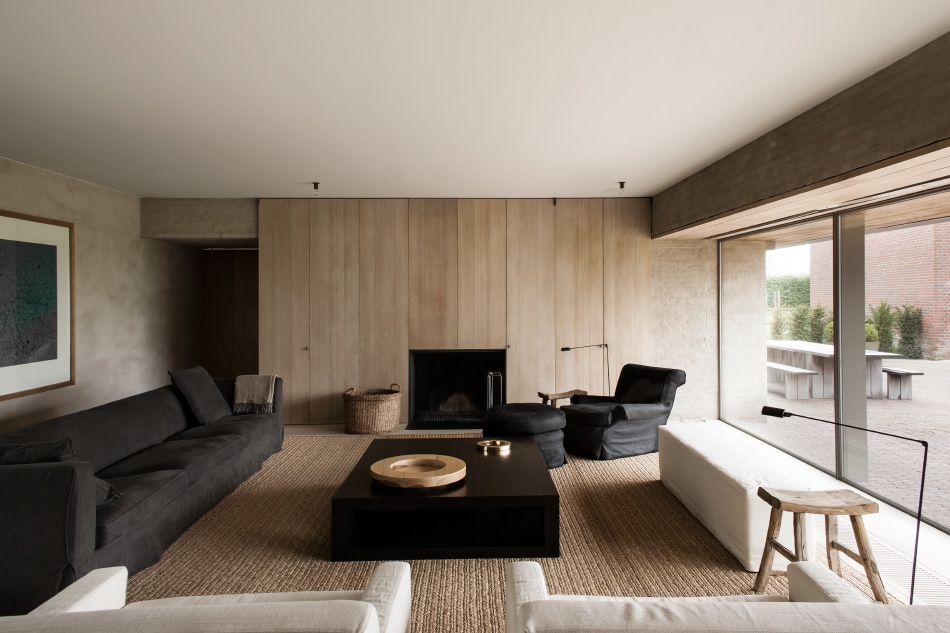 The living room of the Zwevegem home features a Christian Liaigre sofa. The vessels on the coffee table are from Van Duysen’s Primitives collection of ceramics for When Objects Works. Photo by Juan Rodriguez 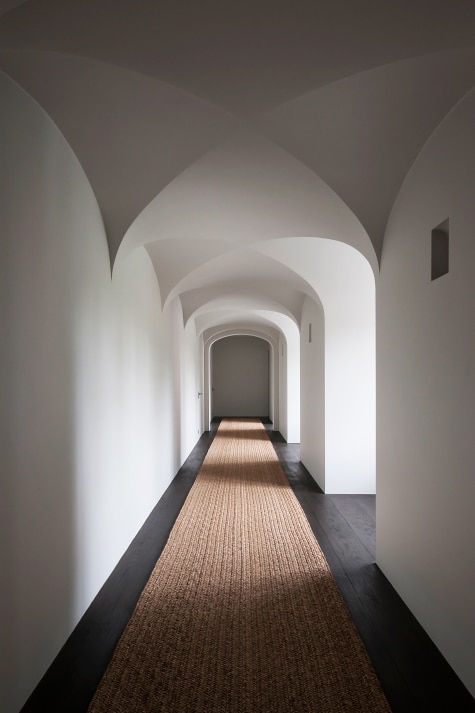 “For me, it was important to understand how people live in their homes, to somehow discover an art of living,” Van Duysen says of his early years working in the studios of more established designers. Photo by Koen Van Damme

The Antwerp house, which he bought some 15 years ago, dates back to the 17th century. “It used to be outside the walls of the city in the countryside,” he says of the classical white structure, which he shares with his two dachshunds, Gaston and Loulou. “It was a leisure house for men to meet, drink and discuss.” Its interiors are a peerless lesson in elegant restraint. There are Belgian blue limestone and poplar plank floors, Delft tiles in the kitchen and bone-colored walls. The latter were inspired by one of Van Duysen’s design heroes, Jean-Michel Frank. “He was the guy who went to the essence of what architecture and interiors should be,” he says. There are also lots of discerningly curated artworks, including an Ugo Rondinone sculpture in the entry hall; a collage by Sterling Ruby, a gouache from the 1950s by Yayoi Kusama and a Thomas Houseago mask in the sitting room; and photos by Nan Goldin, Wolfgang Tillmans and Robert Mapplethorpe in a small salon upstairs. The Mapplethorpe image, of arms hugging and forming a heart, is titled Vincent and was a 50th-birthday present from his parents.

Van Duysen likes to call himself a “one-hundred-percent Belgian product,” even if his mother’s family originally hails from Spain. An only child, he was born in the small Flemish town of Lokeren. His father was the sales director of a firm that produced synthetic carpet fibers. Van Duysen studied architecture at the Sint-Lucas School of Arts, in nearby Ghent, but hesitated for some time about making it his career. He was also interested in fashion and performed as a dancer for the Belgian choreographer Marc Vanrunxt. After obtaining his masters degree, in 1985, he spent two years in Italy, landing a job as designer Aldo Cibic’s first assistant in Milan. On his return to Belgium, he worked for two classically trained decorators: Jean-Jacques Hervy in Brussels and Jean De Meulder in Antwerp. “For me, it was important to understand how people live in their homes, to somehow discover an art of living, so I could mold it, later on, into my works,” he recounts.

Van Duysen likes to call himself a “one-hundred-percent Belgian product.” 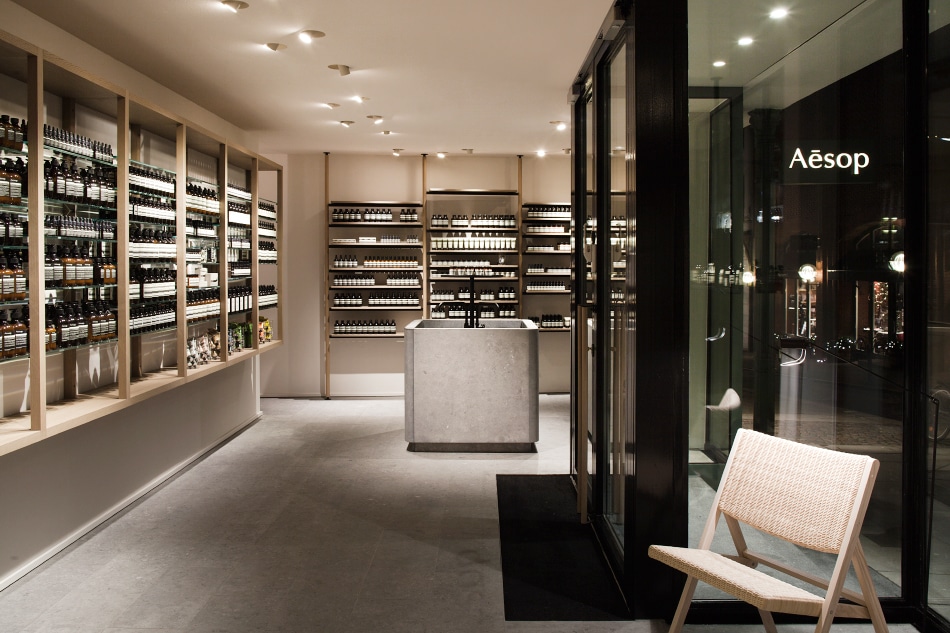 Among Van Duysen’s commercial projects is the Hamburg, Germany, outpost of the Australian beauty and grooming brand Aesop, where a D.270.1 folding chair by Giò Ponti for Molteni sits in the foreground. Photo courtesy of Aesop 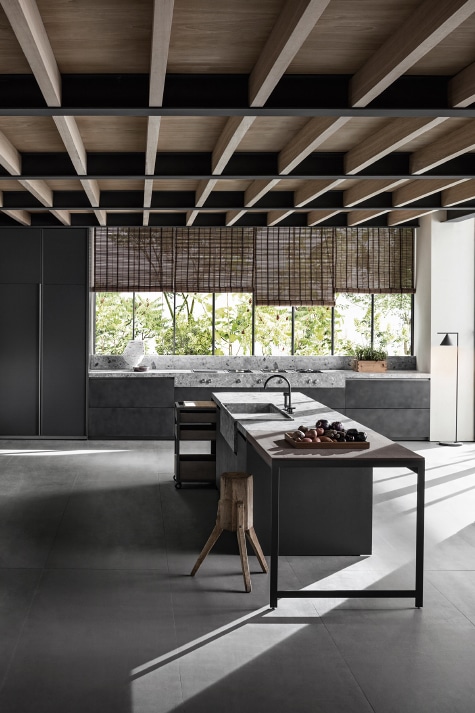 In addition to crafting ceramic designs for When Objects Work and furniture for B&B Italia, Van Duysen has served as the creative director of Molteni since 2016. His cabinetry for Dada, Molteni’s kitchen line, can be seen above. Photo courtesy of Dada

Van Duysen opened his own design studio in Antwerp in 1990 and sees his career since in terms of approximately 10-year periods. The first, he says, was characterized by “hard work just to find out who you are and where you want to belong.” The second: “Building up a clientele that trusts you and has confidence in your work.” The third: “All of a sudden, I added this extra layer of working on product design.”

Examples of the last include his Oskar dining table and Theo armchair for B&B Italia, a faucet collection for Fantini and a set of earthenware containers for When Objects Work. In 2016, Van Duysen was appointed creative director of the Italian firm Molteni. His aim there, he says, is to redefine the iconic furniture brand by giving its products a more domestic, soulful feel. “I don’t want them to look industrialized,” he says. “I prefer for them to appear more like handcrafted pieces.” His role involves overseeing not only the furniture collections and store designs but also the advertising campaigns.

From the start of his career, Van Duysen has stayed true to the same style and philosophy. “It’s like classical music — subtle variations on the same theme,” he says. Carlo Molteni, the company’s second-generation CEO, says of Van Duysen: “He has an architectural language that is not shy of aesthetics but resists fashion and trends, making it always timeless.” That sentiment is echoed by Kayne: “Some of his oldest projects are still my favorites twenty years later.”

Van Duysen avows a love of natural materials, such as stone, wood and linen, and lists among his aesthetic inspirations the Temple of Hatshepsut, in Luxor, Egypt; the tribal structures of Morocco; Roman churches; and the work of Andrea Palladio, Carlo Scarpa, Tadao Ando and Luis Barragán. He rails against the “immediate ostentation” of the so-called starchitects (“They entertain this unfortunate love for complication”). Instead, he favors a softer, more human approach, creating protective, calming environments. “I’m not trying to invent new forms,” he insists. “My goal is just to create spaces and interiors and furniture that are loaded with emotion, that people want to embrace and live with.”

Work is definitely the focus of Van Duysen’s life. “I’m a control freak,” he says. “I’m pretty much involved in all my projects, and I know them all very well.” He likes nothing better than being in the office with his team and spends significant time with his clients, most of whom, he says, are friends. Currently on the drawing board are product lines for Herman Miller and David Sutherland; residential projects in Paris, Milan, Beirut and New York’s Southampton; a hotel in a former convent in Antwerp, due to open at the end of the year; and service flats for the elderly in a new development called Triple Living, to the south of the city.

When he does disconnect from his work, he does so completely. “I’m not a social butterfly,” he says. “The older I get, the more I’m in search of silence. It could be here at home, it could be in the gym, or it could be going on holiday. Preferably with myself, just alone.” 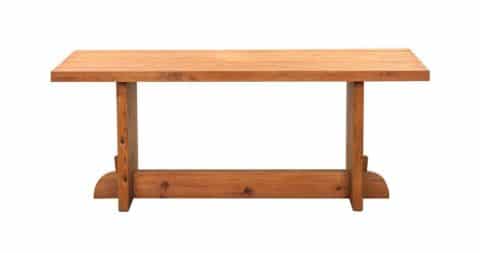 “Hjorth’s designs always show a certain solidity, something primitive and archetypical. I appreciate the honesty in the design, which he achieved by using only wood as a material.” 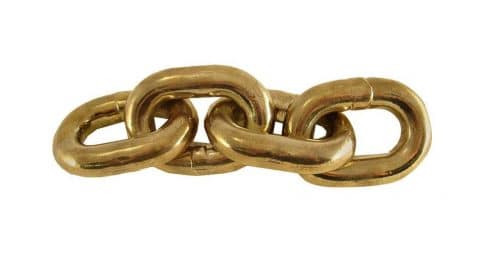 “Apart from the design itself, it is the surreal aspect of the piece that appeals to me.” 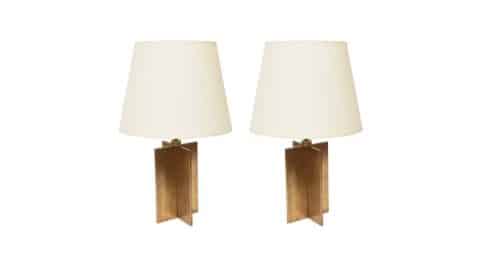 “Jean-Michel Frank is one of my greatest inspirators in style and vision. His quote from the nineteen thirties “Elegance means elimination” is a slogan that I hope is applicable to my work as well.” 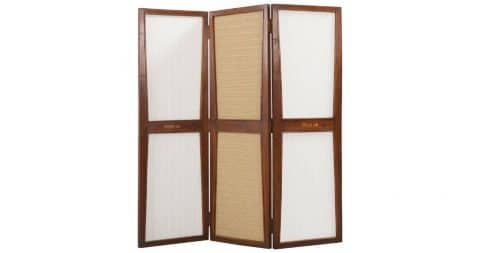 “I am a great collector of the furniture of Pierre Jeanneret, one of my longtime favorite designers. You feel the crossover between the architecture he created with his cousin Le Corbusier and the furniture. This room divider is an example of how a furniture piece can have an architectural function.” 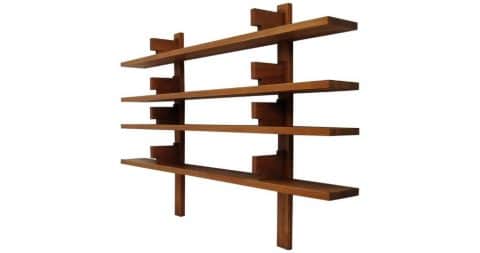 “I appreciate the honesty of the system, built using wood-on-wood connections. It relates to the works of Hjorth in its physical appearance.” 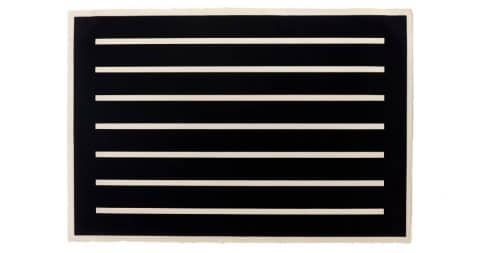 “I appreciate the way Donald Judd relates his furniture and objects to his architectural approach. I have visited lots of his works, including those in Marfa, Texas, and for me, the woodcuts are a great synthesis of his oeuvre as an artist and furniture designer.” 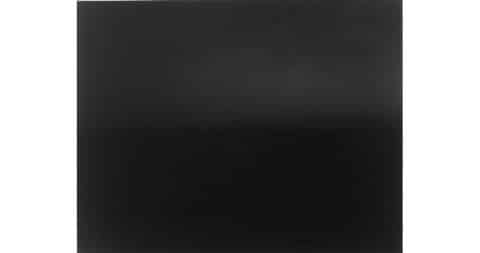 “I have always had much interest in art, in all its disciplines, including photography. Sugimoto’s images bring me peace and calm. To my eye, they share something with Mark Rothko’s work.” 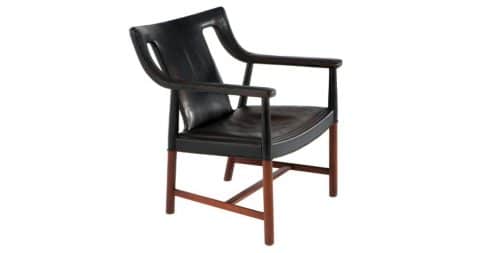 “I am a fan of the purity of Scandinavian design, and I recently discovered this duo. In these chairs, I find the detail of the leather and wood merging into each other very innovative and inspiring.”