Having dealt art and antiques and worked as a successful interior designer for decades, William Banks-Blaney found his true calling only a little over five years ago, when he began buying and selling vintage fashion. Now his London shop, WilliamVintage, has rapidly become one of the city's top treasure troves for immaculate sartorial finds.

British antiquaire turned vintage-fashion dealer William Banks-Blaney oversees a shop in London’s Marylebone district, as well as a 1stdibs storefront, from which he sells impeccable finds like those shown at top, including, from left, a Jacques Heim lace-and-silk dress, ca. 1960; a Norman Hartnell black-velvet dress, ca. 1954; and a Dior ivory-silk evening ensemble, 1962.

William Banks-Blaney is quite the perfect English gentleman: tall and handsome, beautifully spoken and disarmingly warm and welcoming. For his vast international female clientele — which includes an impressive rota of red-carpet A-listers — he’s the man they trust to source the very finest vintage fashion pieces. Today Banks-Blaney, the Global Style Ambassador for American Express, runs a by-appointment store, WilliamVintage, located just minutes from Marylebone High Street in the heart of London. Before vintage fashion, Banks-Blaney worked for a Bruton Street contemporary art gallery, then a St. James’s antiques dealer before pursuing a career in interior design. But eventually he found his true calling in vintage fashion, largely from the 1920s to the mid-70s.

“I’ve always loved fashion, but it wasn’t really a path I’d considered for myself,” he explains in his cut-glass accent as we chat at his London store on a recent spring evening. “With art and antiques, the common thread was always developing relationships with people to better understand their needs, what they wanted in their homes, what sort of pieces they liked. Then I began picking up the odd vintage fashion piece — sixties Sarmi dresses in New York, old kilim coats when buying rugs in Turkey, wildly printed maxis in L.A. — which would invariably become a Christmas or birthday present for a client.”

Struck by his unerring eye, those clients started telling him to pursue fashion properly. So, in 2009, he began dealing vintage clothing with just a few pop-up selling events in London; his offerings of haute couture and ready-to-wear garments by designers such as Pierre Cardin, Christian Dior and André Courrèges, sold out entirely. By early 2010, he’d moved into his current location. The compact street-level space, connected by stairs to another subterranean gallery, is joyously minimal and modern: pale walls and floors, a velvet seat upstairs and a comfy sofa down. Along the rails are breathtaking clothes, from Chanel suiting to Balenciaga coats and Courrèges dresses to unsigned deshabillés. Each piece is given breathing room and is clearly labelled with its date, provenance and price. 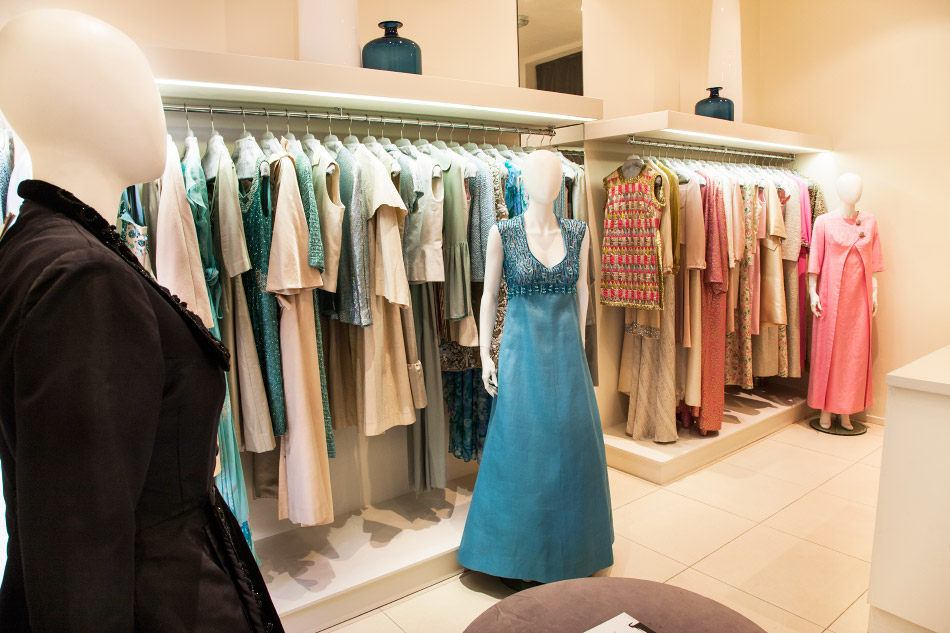 A trio of mannequins in the London store model, from left, a Dior haute couture black silk-and-velvet coat dress, Fall/Winter 1948; a turquoise-silk gazaar gown, ca. 1965, by an unknown designer; and a Troubadour pink-silk dress, ca. 1964.

“I began picking up the odd vintage fashion piece, which would invariably become a Christmas or birthday present for a client.”

“I started the store because I knew that the majority of my girlfriends were cash-rich, time-poor and had always loved the idea of vintage, but were terrified of looking like they’d dipped into the dressing-up box, or they were concerned about stains, missing buttons and broken zippers,” he explains. “Each one of my clients is fully conversant in current collections and wants vintage pieces with modern relevance. We don’t do fifties bombshell or sixties babe. These are clothes for women who want to look great and wear something beautiful and unique that blends into their contemporary wardrobes and their busy lives.”

The backbone of the business is haute couture, sourced by Banks-Blaney from private estates, museums, dealers and on his travels around the world. Even so, “I’m not a label snob, and some pieces start at around three hundred dollars,” he says. “If it’s a great dress, it’s a great dress. Those without labels, I call ‘The Great Unknowns.’ ”

When he’s selecting pieces, condition and relevance feature highest on his checklist. “I won’t buy a maxi with a stained hem and turn it into a mini — that’s not who we are,” he insists. “We don’t upscale or change things, although we probably spend more on specialist dry cleaning than on rent for the store. I always compare alterations to chopping up a Chippendale desk because you want a coffee table. Just leave it alone and keep hunting.”

“It’s really about trying to respect the history of that piece,” he continues, adding that tinkering with vintage pieces can affect their value as well. “How wonderful that you can buy something that makes you feel fantastic and looks amazing but is also an appreciating asset. You get to feel, touch and inhabit something that’s increasing in value – it’s a really intimate way of bonding with art.” 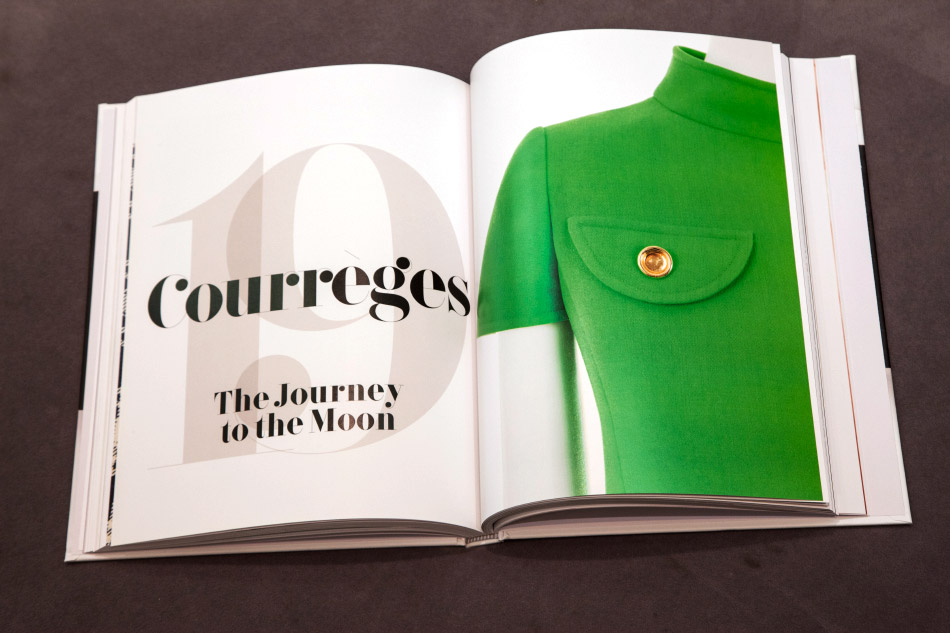 Recently released in the U.K., Banks-Blaney’s new book, 25 Dresses, will launch stateside this fall, with an edition published by Chronicle. As its title suggests, it examines the legacy of 25 dresses, nearly every one by a different creator, which changed fashion history. He describes this mid-1960s, Space Age, bright-green gabardine number as “an iconic example of André Courrèges at his apex.” (A disciple of Cristóbal Balenciaga, Courrèges started his own line in 1961.) 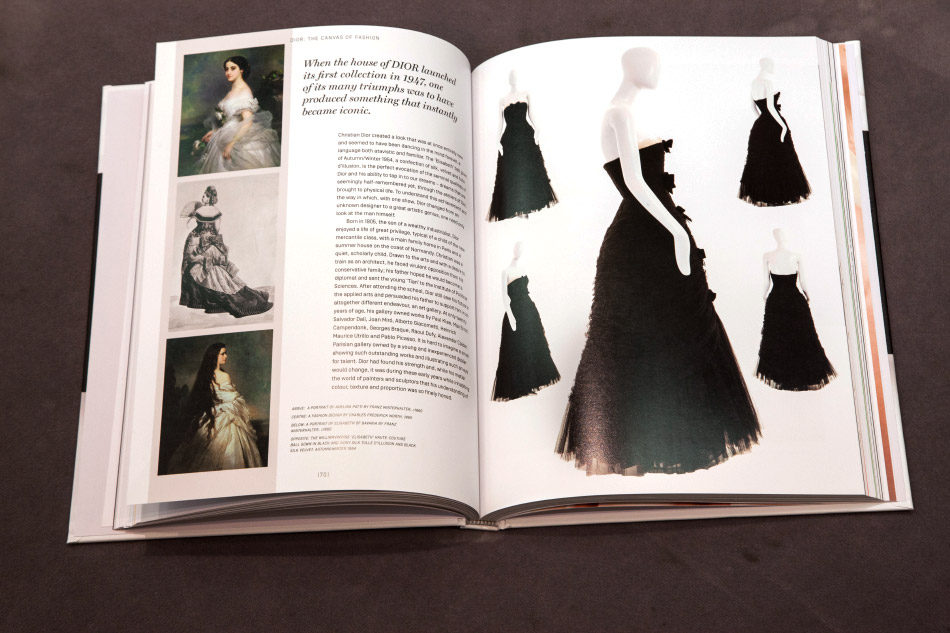 “A confection of silk, velvet and tulle d’illusion,” Christian Dior’s Elisabeth ballgown of Fall/Winter 1954, Banks-Blaney writes, is “the perfect evocation of the seminal qualities of Dior and his ability to tap in to our dreams.” Historic images on the left side of the layout suggest some stylistic precedents. 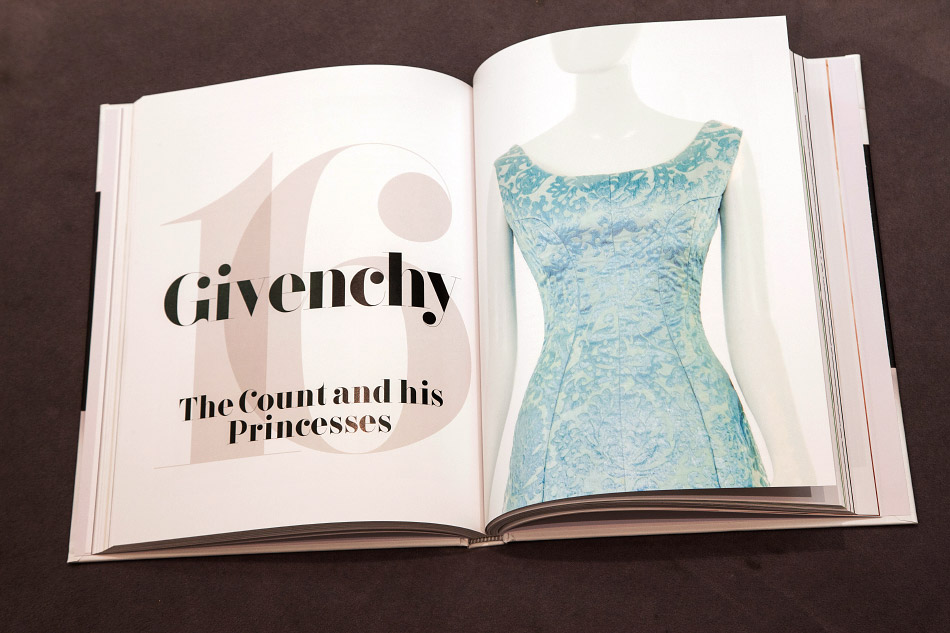 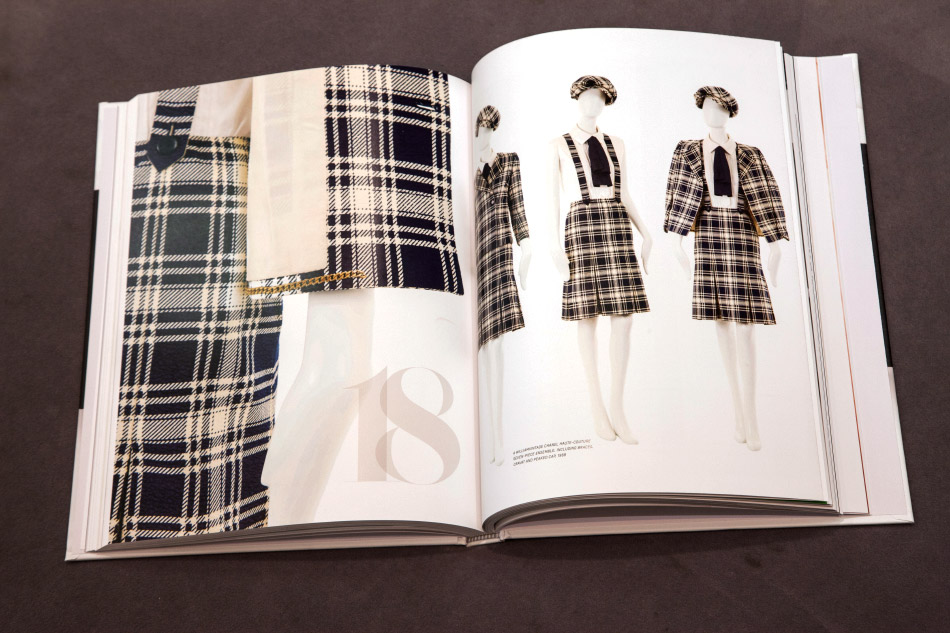 The book’s not entirely obsessed with ballgowns, however. Pages on Coco Chanel make room for this 1968 seven-piece haute couture ensemble, which includes suspenders, a cravat and a peaked cap.

Given his encyclopedic knowledge of, and boundless enthusiasm for, vintage clothing, it’s not surprising that Banks-Blaney has written his first book on the subject. Just published in the U.K. by Quadrille Publishing (an American edition published by Chronicle arrives in October), 25 Dresses features chronologically ordered chapters, each focusing on an iconic designer dress — Dior’s black Elizabeth dress from Fall/Winter 1954, say, in silk, velvet and tulle d’illusion — that triggered cultural change. “I could have easily done one hundred dresses, but the ones I eventually selected were not only iconic, they represented moments that were really pivotal in fashion,” he explains. “I love imparting knowledge; it’s like teaching a language.”

Those are words that apply not only to his book, but to his thriving fashion business overall.

William Banks-Blaney shares his thoughts on a few choice pieces. 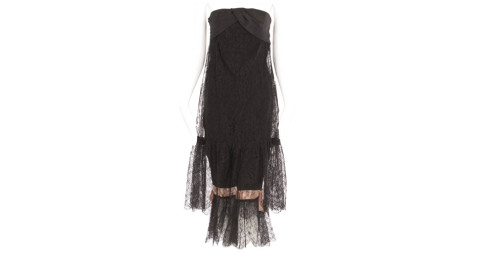 One of my most recent discoveries, this haute couture cocktail dress by Cristobal Balenciaga, for his Spanish design house, Eisa, is an extremely rare find as it features a pair of integral pantalettes. It is almost unheard of to come across any pair of trousers by Balenciaga, and this particular piece was photographed for the April 1967 issue of American Vogue modeled by the Duquesa de Cadaval. 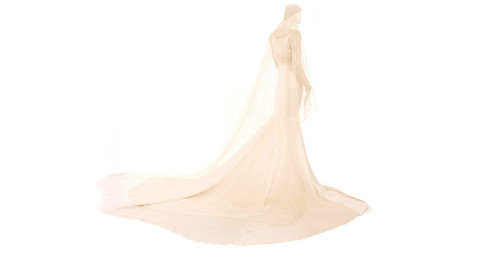 A completely unique piece, this wedding gown was designed by the royal couturier Sir Norman Hartnell for the society wedding of the season in the spring of 1931. Exquisitely made, this gown is also a fantastic example of British Art Deco design in fashion. 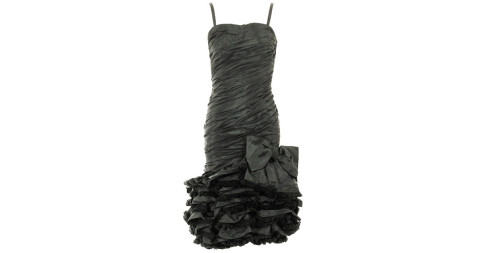 Some of my favorite pieces are those designed by Yves Saint Laurent when he was head designer at the house of Dior. I only know of two other examples of this particular dress, the Zenaide, both of which are currently on display in museums. 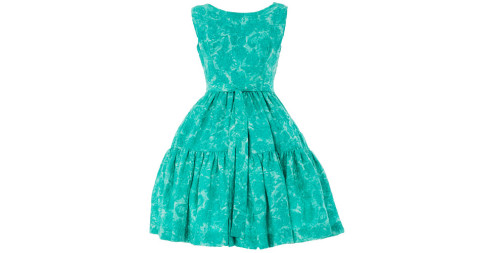 Many of my clients have busy social calendars and are looking for something unique. This Balenciaga silk day dress, complete with matching shoes, ticks all the boxes for a day-to-night look that will stand out from the crowd. 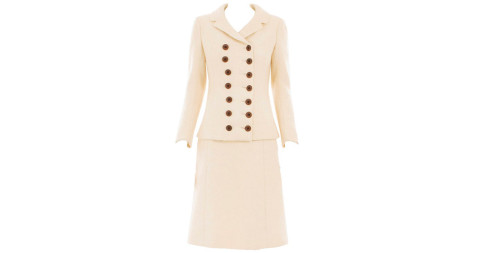 This Ted Lapidus skirt suit is a testament to how contemporary vintage fashion can be. Although not one of the most well-known designers that I stock, many of my clients work in corporate environments, and tailored pieces such as this are perfect for the office. 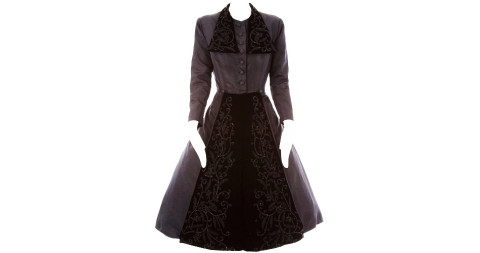 Christian Dior’s New Look, unveiled in the spring of 1947, has become one of the most iconic silhouettes in 20th-century fashion. This dress from one year later perfectly illustrates the nipped-in waists and wide skirts that outraged so many following the end of World War II.