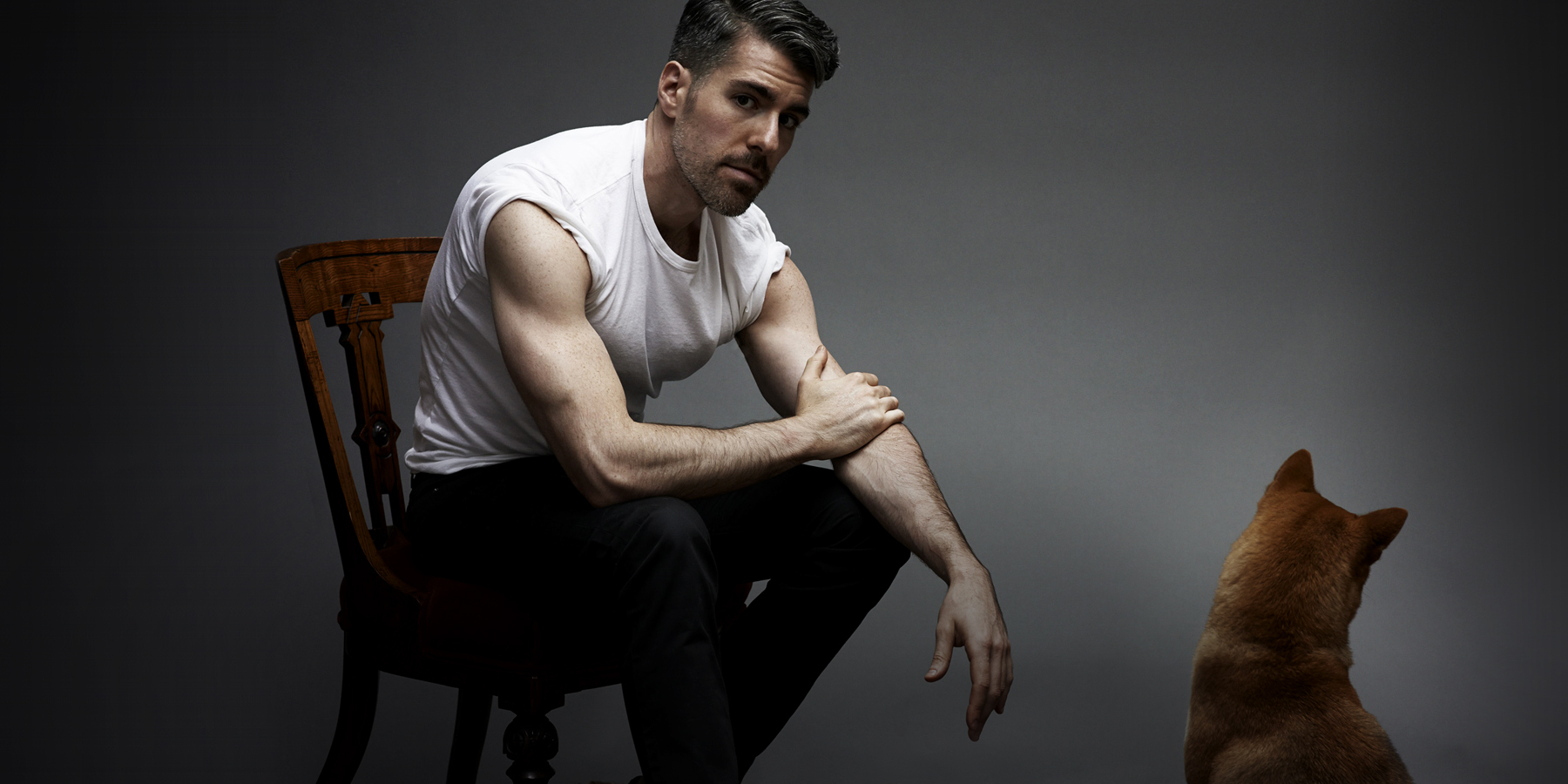 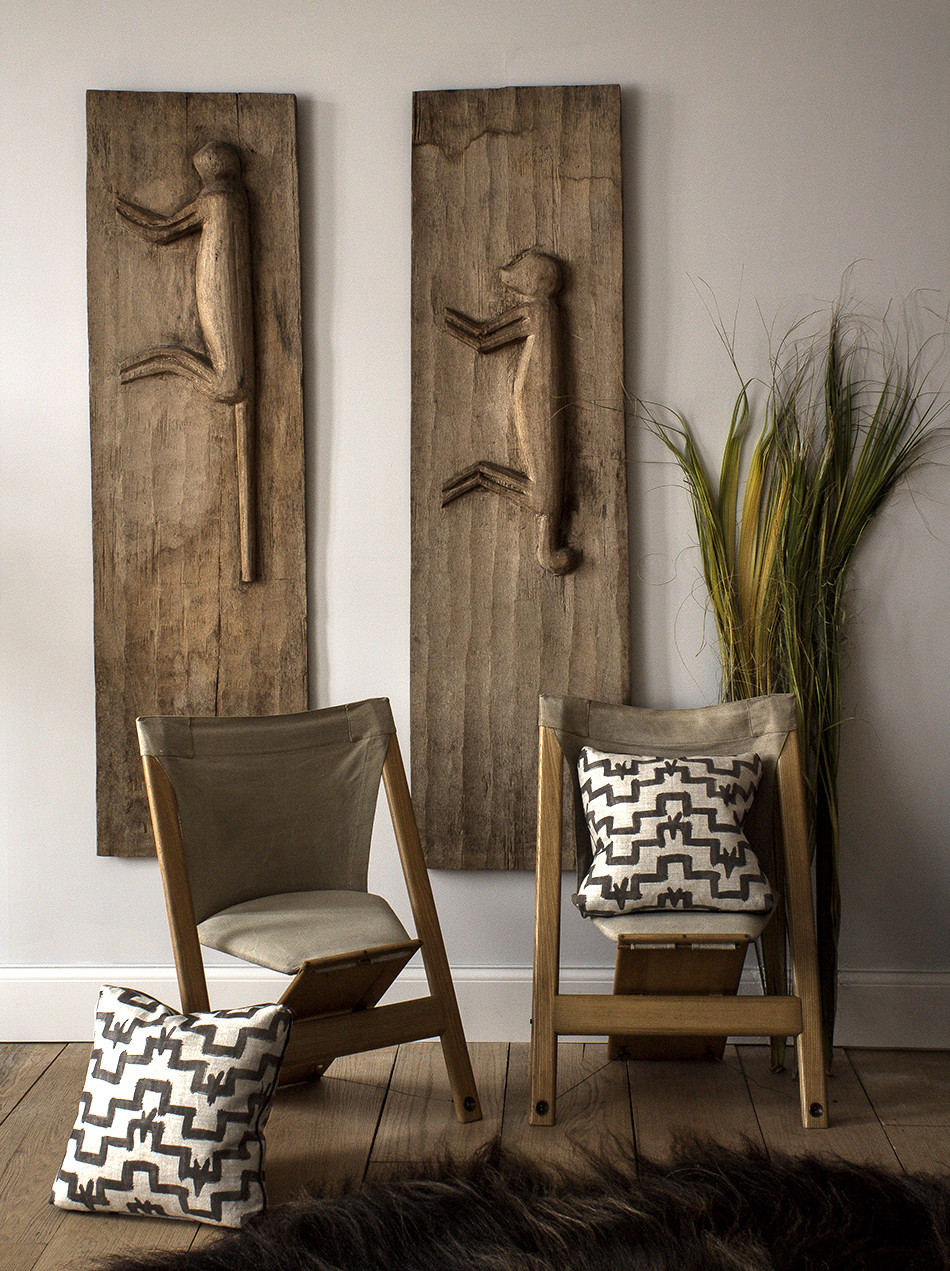 In 2006, Zak Profera, who grew up in Los Angeles, dropped out of the San Francisco Art Institute just shy of earning his bachelor’s degree in conceptual art studies. Love was the primary reason; he followed a romantic relationship to New York. But, Profera explains, he also realized “I don’t learn well in a classroom. I learn by doing.”

“By doing” is precisely how he came to start, in 2012, his New York-based fabric firm Zak+Fox. Profera had been working at Sony, marketing mostly classic-jazz and blues artists’ catalogs (Miles Davis, Herbie Hancock, Aretha Franklin). An interest in this field ran deep: His mother was a co-founder and part owner of a music magazine in Los Angeles called Hits, and his father was a sea captain who ran charters. Knowing Profera was tremendously creative, however, a friend in L.A. whose family owned Decorative Carpets Inc. asked him to design a line of rugs in 2011. “I fell in love with making,” Profera recalls. “I cared way more about that than what I was doing in my day job.”

After a short part-time blogging stint for the interior design site Remodelista, he decided to go into printed-textile design. “I knew nothing about fabric — what a proper repeat was or even how to buy linen,” he says. “I started knocking on doors and just kept asking. It’s a tight-lipped industry, but finally I met some nice people.” Namely, his first textile printer, with whom he still works, though he now also sources from three other printers as well. “Without them, I don’t know if I’d ever have been able to get going.” 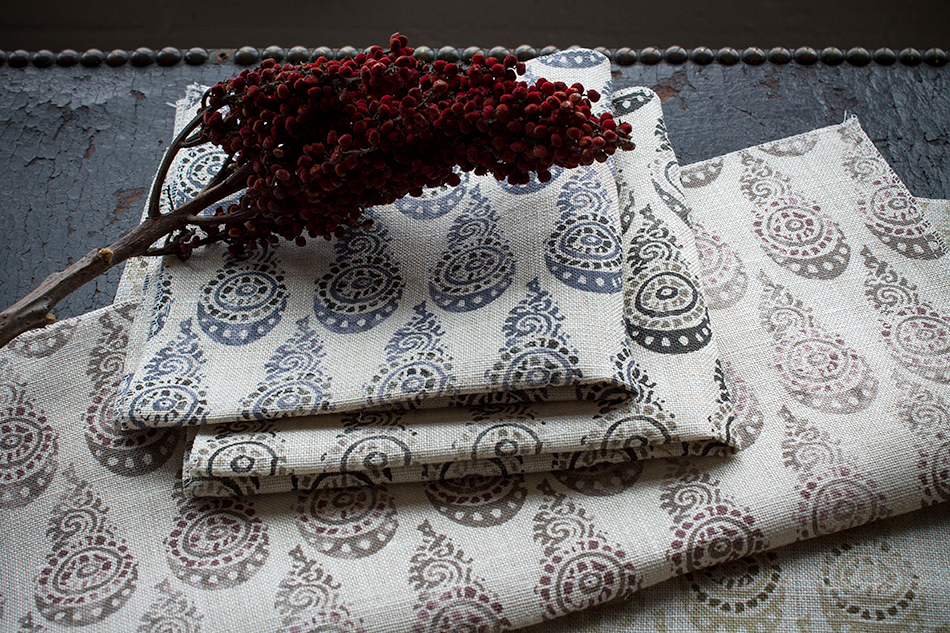 Profera based his Tibetano pattern, released in 2013, on an ornamental Tibetan motif he saw in a painting. Photo courtesy of Zak+Fox 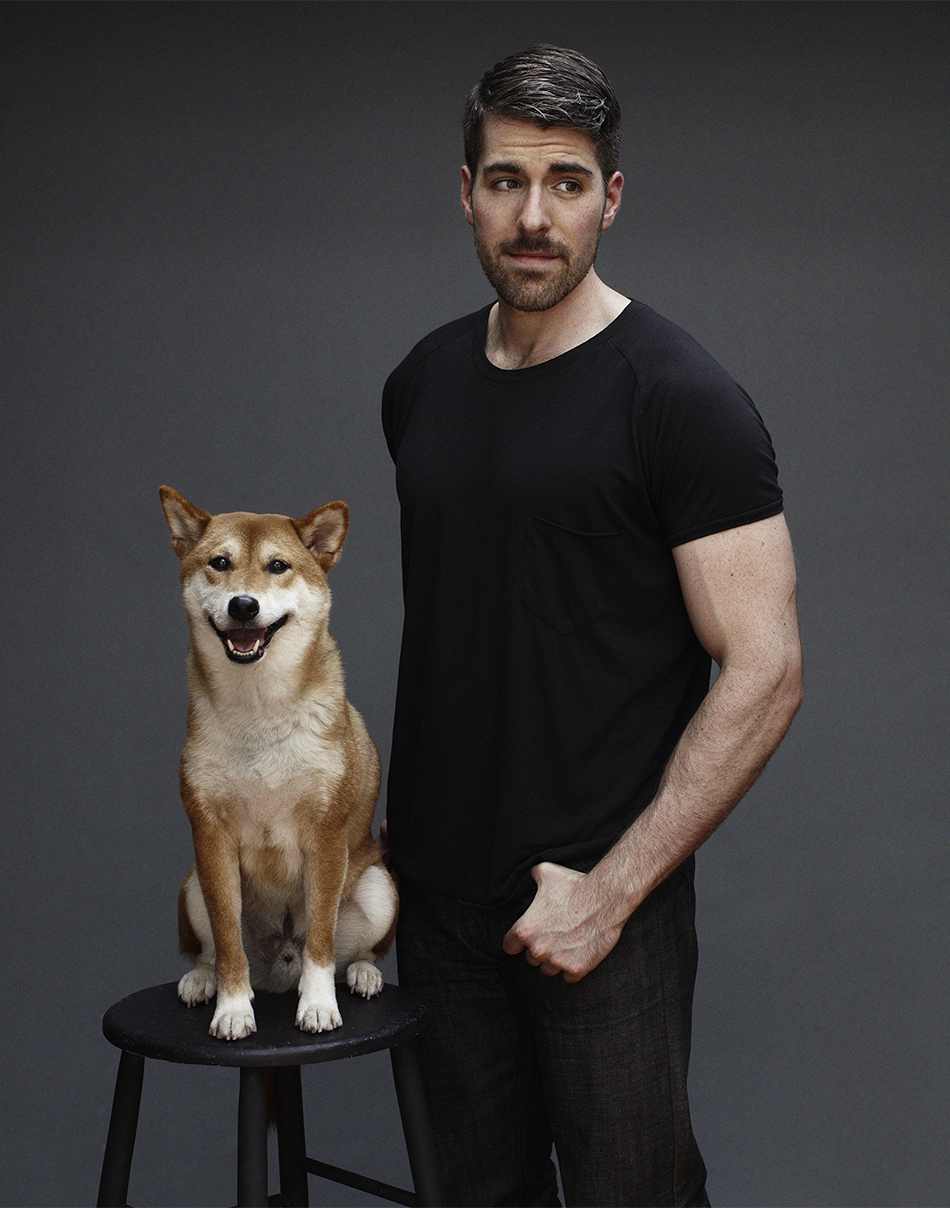 The fox-like appearance of the designer’s dog, a seven-year-old Shiba Inu named Shinji, provided inspiration for the name of Profera’s firm, which he founded in 2012. Photo by Testuharu Kubota

Today Zak+Fox (Fox is Profera’s ever-present canine sidekick, a Shiba Inu named Shinji who looks like a fox) offers 24 patterns in three collections — one for each year the company has existed — which are sold at to-the-trade showrooms around the world. (Last month, he debuted his own showroom in Manhattan’s Chelsea neighborhood.) His company remains small — there are just two other employees — yet his fabrics have received attention in, among other publications, Elle Decor, World of Interiors, House Beautiful, Architectural Digest France and Luxe. Top designers including Kit Kemp, Jeffrey Bilhuber, Brad Ford, David Easton, David Kleinberg, Kate Hume, Katie Ridder, Mark Cunningham and Robert Stilin, Tom Scheerer and Workstead have all used his creations in their projects.

Profera has also collaborated with the New York design studio Apparatus on a fabric and wallpaper collection, with another one due this fall. (At that time, he will unveil his latest solo collection, which will include woven fabrics and a variety of different fibers.) An ongoing and fruitful collaboration has been with New York gallery — and 1stdibs member — Lawton Mull, whose antiques and art, which range from a rare 19th-century painted Japanese screens to Old Master paintings, Profera has been using as elegant props against which to photograph his textiles.

I haven’t had that one big thing yet. Social media has been the bulk of it, creating a fan base, a way to speak to designers. It’s still very personal. When people call, they’re shocked that I answer the phone.

The fabrics are meant to have a folkloric element and a narrative. They’re definitely traditionally inspired. Nevertheless, they feel contemporary in their timelessness and in the way they push scale. I try to find some sort of meaning in the patterns, to justify the design to myself before I make it. I adapted one line from a collection of kimono stencils I own. I do a lot of Japanese-inspired designs, though I pick the ones that don’t look too specifically Japanese. Another collection was inspired by a tiger print from a Tibetan prayer rug. My collaboration with Apparatus came from a hand-painted design by Gabriel Hendifar, one of the company’s owners. They wanted to adapt it to have a nine-foot vertical repeat. It challenges your way of thinking since you can’t really tell if it’s derived from rock or wood patterns.

“Most fabric designs are based
on process. I’m more focused on
‘What’s the story behind it?’” 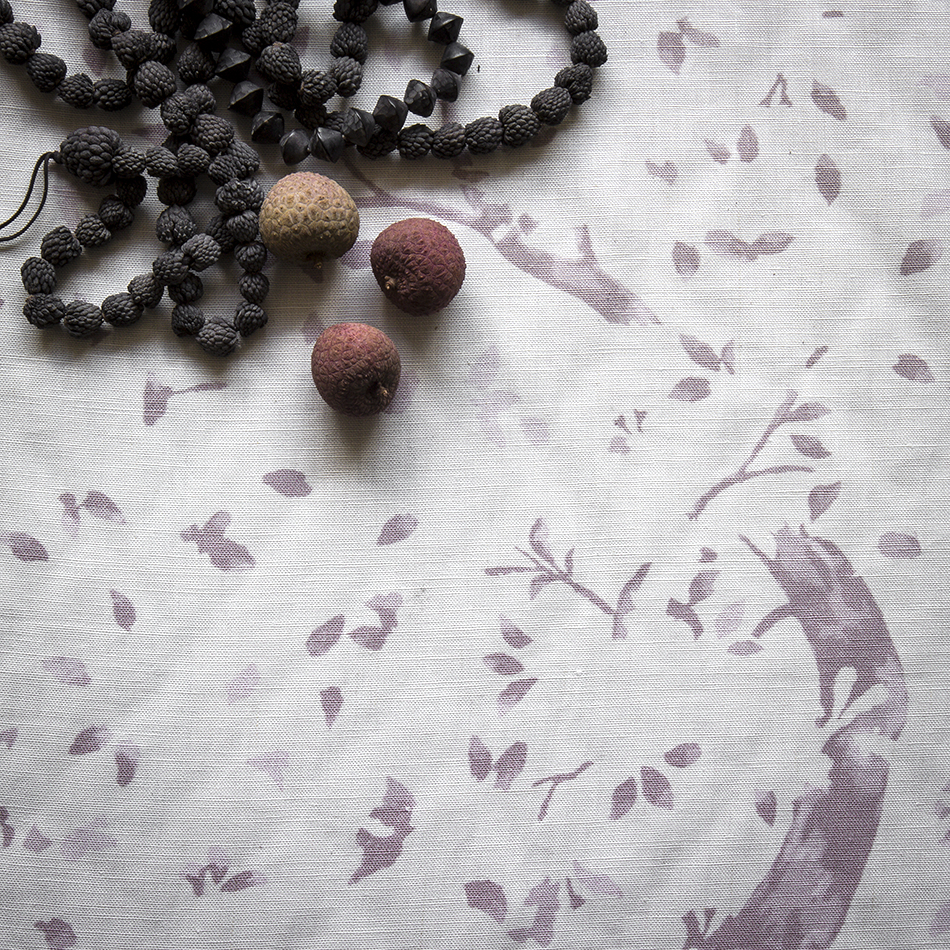 Like the other designs in his Fall 2014 collection, Hanami is inspired by an antique kimono stencil, this one depicting cherry blossoms. Photo courtesy of Zak+Fox

The War on Drugs made a beautiful album about heartbreak that I’m obsessed with, especially the song “Lost in the Dream.”

Aside from the work of my friends, I love the elegance of Charlotte Perriand and Jacques Grange.

The lobby of the Greenwich Hotel. It’s so beautiful, understated and quiet. It reminds me of the Chateau Marmont in West Hollywood; it has that same sort of vibe. 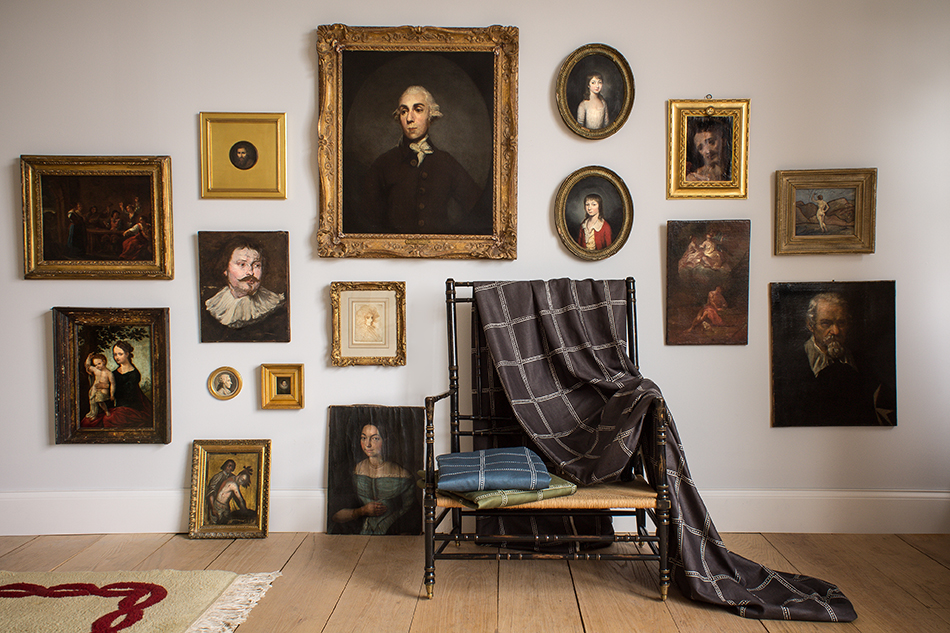 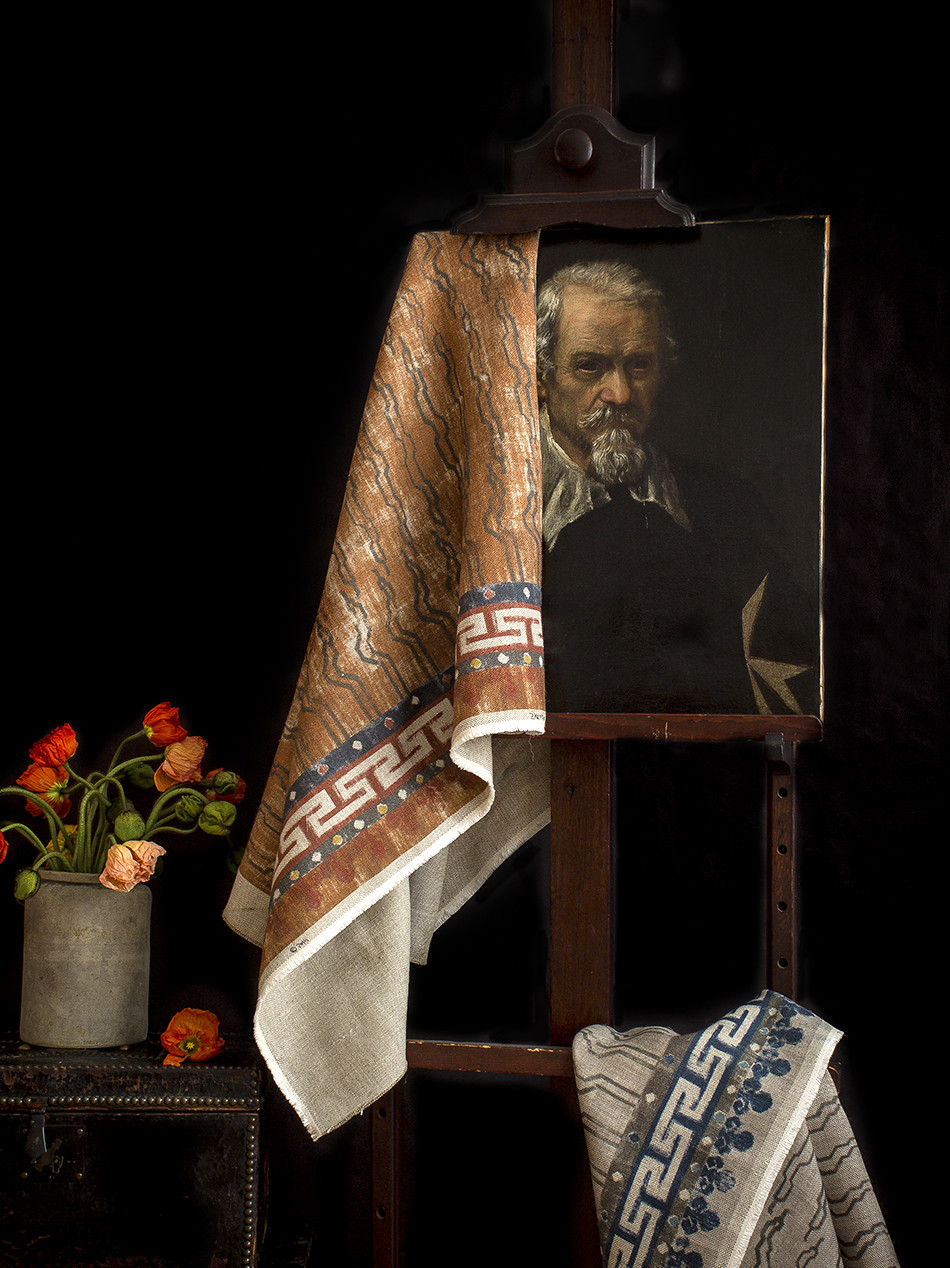 “I really like rug patterns for fabric. I think it’s pretty untapped,” says the designer of Khaden, a one-off design from last summer with a complex 10-color print that he based off a hand-knotted Tibetan rug. Photo courtesy of Zak+Fox

The House Hotel, in Istanbul, which was designed by the Turkish studio Autoban. The showers are glass tubes that stand next to the bed. So much for privacy. It also has an exquisite view of the city.

The Odeon, in Tribeca. It’s super relaxed, consistent and near my apartment. I feel I could go there in my pajamas and nobody would notice. And you can actually have a conversation with people you’re with because there’s no music blaring.

Leviathan: The History of Whaling in America by Eric Jay Dolin. I have this whaling obsession; it’s the craziest thing. But I find it fascinating that these guys would go out into the wilderness of the ocean and risk their lives hoping to strike it rich.

A wonderful Mazandaran rug — a kind of striped kilim — that I bought in Istanbul.