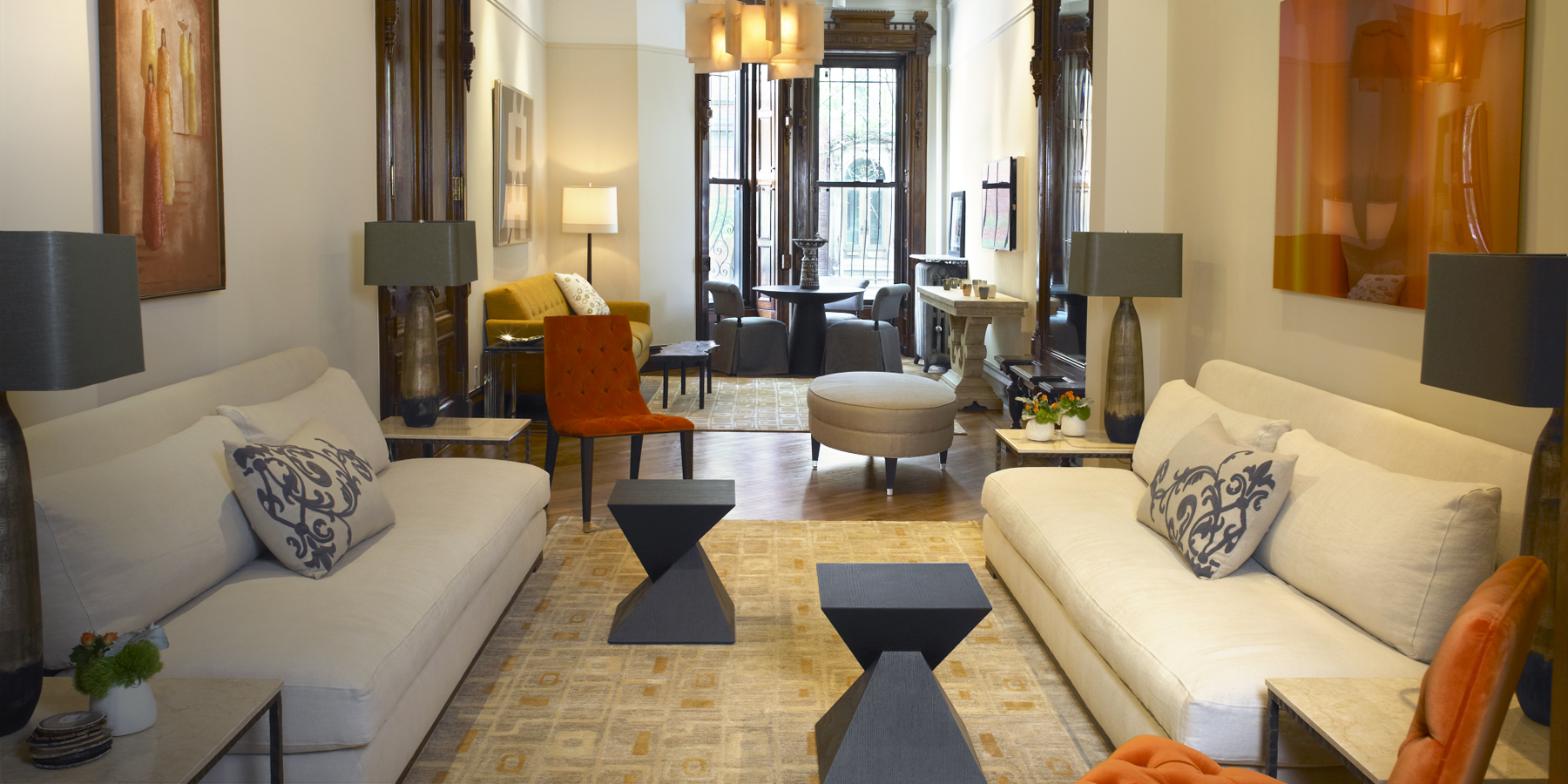 Her warm, spare and utterly stylish interiors in Brooklyn, the Hudson River Valley, Texas, China and beyond have made Scott a quiet design star. 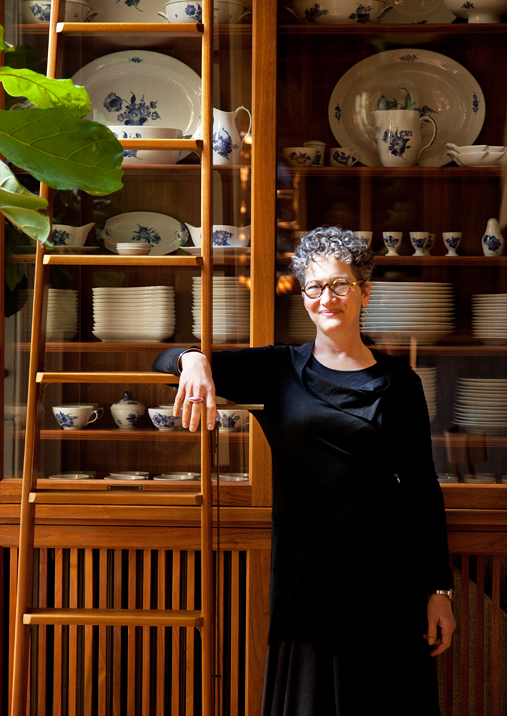 Brooklyn-based designer Kathryn Scott. Top: The living room of a home in Brooklyn’s Park Slope, where a pair of clean-lined Cisco Brothers custom sofas in the foreground give way to richly detailed millwork original to the home.

The interiors created by Kathryn Scott are like those of no one else, an amalgam of influences ranging from her Texas grandmother’s garage full of architectural salvage to her longstanding interest in Chinese art (and Chinese artists — her husband, Wenda Gu, is a world-renowned master of contemporary ink).

Scott received a BA in Italian and BFA in Fine Art from Southern Methodist University, in Dallas, where she was a self-described “fish out of water,” with her purple hair, nose ring and hats with veils. She came to interior design first as an apprentice under Hans Krieks, then as an intern (later working as an interior designer) in the New York offices of modern design legends Leila and Massimo Vignelli — where she absorbed knowledge about space-planning, construction and furnishings — and then later when she restored and decorated a 19th-century Italianate townhouse in Brooklyn Heights.

In 1986, Scott bought an apartment in the five-story brownstone, then set up as a co-op. Gradually, as floors in the building became available, Scott, first with her mother and later her husband, managed to acquire the whole of the brownstone, converting it to a one-family house. It’s there that she and Gu have raised their 12-year-old daughter, Simone, and it serves as the headquarters of the boutique interior design firm Scott founded in 1994, after landing her first freelance job: the Scarsdale home of a friend’s parents. (She focuses on residential interiors but has also taken on a few commercial projects, including a wine bar and restaurant in Shanghai.)

“This sounds odd, but I don’t like most interior design,” Scott says. “It’s often so expected: ‘This is the trend, and we’re going to give it to you.’ It doesn’t move me emotionally.” Scott’s personal appearance is as unique as her work. She often wears sneakers with a black Morgane Le Fay suit (“I like my shoes to be comfortable”), and her trademark is a single dangly earring. 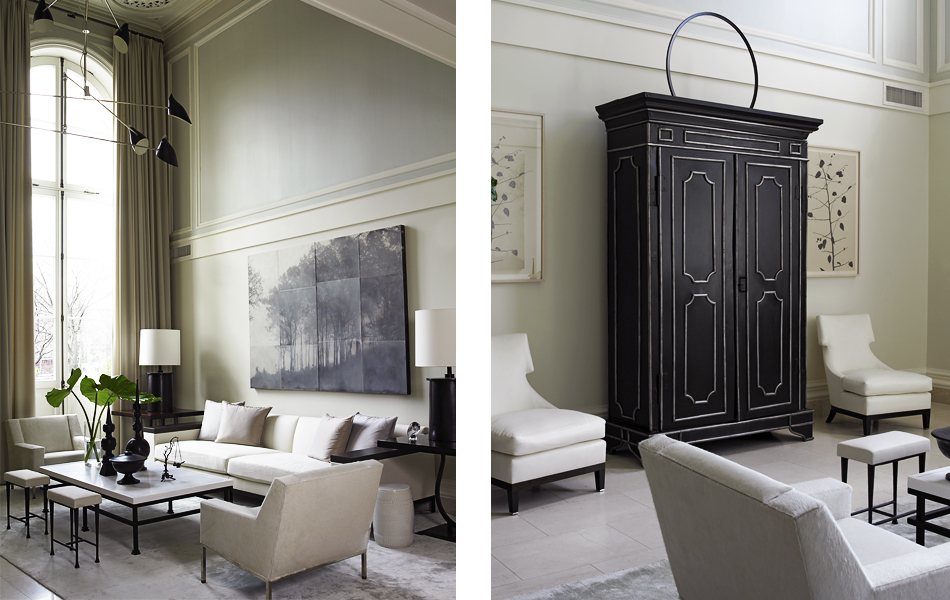 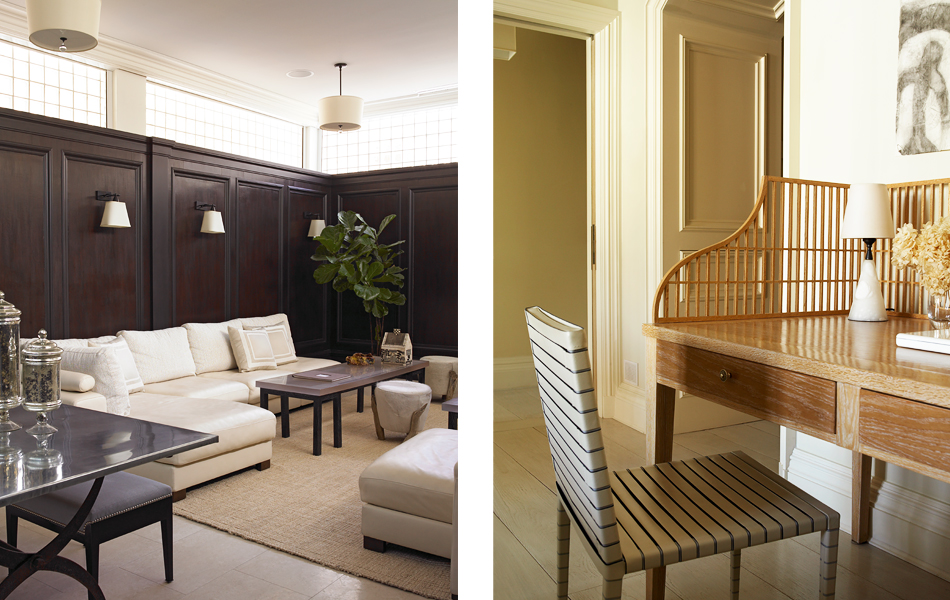 Elsewhere in the home: Scott inset encaustic wallpaper in wood paneling in the den (left), selecting furnishings by Natuzzi (leather couches), KSDS (coffee table) and Stephen McKay (sconces); the designer makes work feel zen, with a custom desk by KSDS, an alabaster desk lamp by Visual Comfort and a chair by M2L. 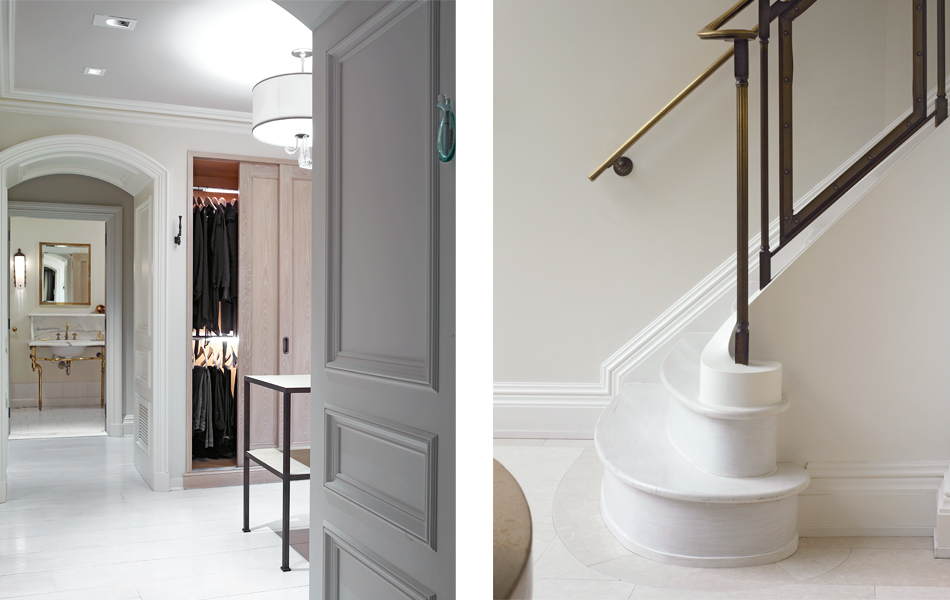 Left: With its boiserie, even the closet of the home’s master bedroom feels French. Right: Scott leaves no detail unnoticed, as the base of the house’s staircase makes clear. 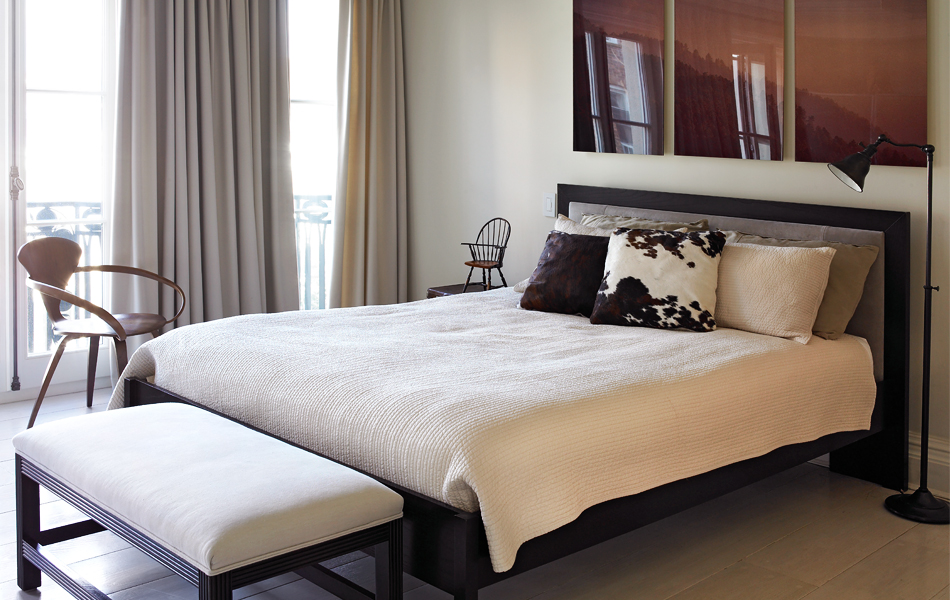 In the townhouse’s guest bedroom, the triptych over the bed was a custom commission, while the bed and upholstered headboard come from Portico. 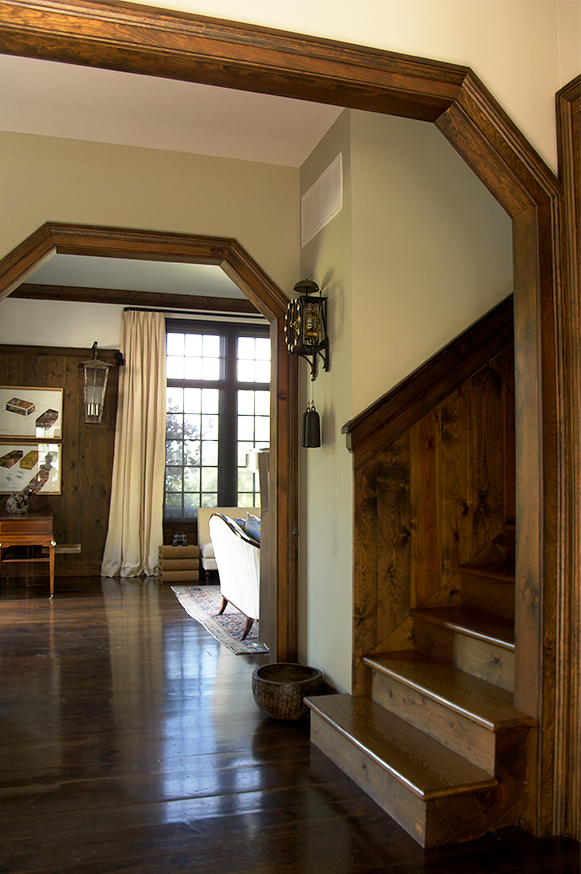 In her Hudson Valley country house — which was built in 2002, but in the style of a Dutch-tinged, turn-of-the-century carriage house — Scott mixed family heirlooms with artwork by her husband and a Wiggle stool by Frank Gehry.

She chalks up her own originality as a designer to being mostly self-taught (her experience with the Vignellis notwithstanding). After arriving in New York, Scott pursued figure painting for a few years, attending classes at the Art Students League and the National Academy. “After all that, I felt I had to unlearn everything, because my work looked like everyone else’s,” she says. As an unschooled designer, “It took me a long time to stumble onto certain things, but in other areas I had an advantage, because I did everything by observation,” she continues, recounting travels to Europe where she indulged what she calls her “endless hunger” for house museums, taking thousands of photos of patterns, architectural details and the way the light played off ancient stones and monuments. “There’s something to be said for not having been formally trained,” Scott points out, “because then you have to reach inside yourself.”

Her own home’s grand proportions and exquisite plasterwork are just the sort of dramatic architectural starting point Scott seems to find in many of her projects. An ultra-minimalist upstate New York dwelling designed by a Swiss architect for collectors of Chinese art is as pared down as a brushstroke, its serenity enhanced by unconventionally placed windows that allow light to travel across the room as the day unfolds. There, Scott used wall color of purest white, and furnishings — just a few — of strictest neutrals and raw wood. In a newly built Brooklyn townhouse for a pair of Francophiles, Scott went luxe, with soft fabrics, metallic accents and shades of gray and lavender to complement soaring ceilings, a curvaceous staircase and a wealth of custom details.

Often in her projects, there’s unexpected color, as in an orange bedroom or the turquoise and lime green kitchen cabinets of a Texas ranch home. Almost always, there’s a lively mix of styles and periods, and she deploys Asian and European antiques in a spare and modern way.

Though not opposed to having pieces custom-made for her clients, Scott is just as happy to find appropriate furnishings in the marketplace, whether from to-the-trade-only showrooms or sources of vintage material, like the 1stdibs showroom at the New York Design Center. “I never get tired of going there,” she says. “It’s a great place to find something unique that changes the flavor, something you haven’t seen before.” Among the finds used in residential projects around New York City: a Biedermeier-style half-barrel chair from Pamela Lerner Antiques, Italian iron stools from John Salibello and a pair of circa-1950 French armchairs by Joseph-André Motte from a Parisian dealer.

“There’s something to be said for not having been formally trained, because then you have to reach inside yourself.” 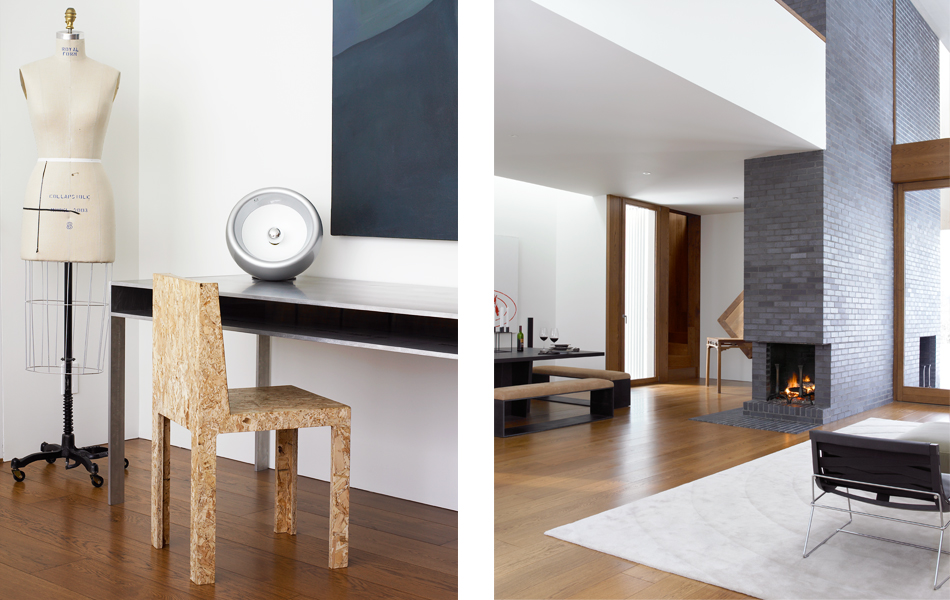 In the minimalist Upstate New York home Scott designed for the collectors of Asian art, a vignette juxtaposes a dress-shop mannequin with a more modern-looking but equally industrial-feeling chair and desk from Rucker Corp (left). Elsewhere, the home’s living room includes a B&B Italia chair, dining benches from NIBA Home and, on the back wall, an artwork by Ai Weiwei. 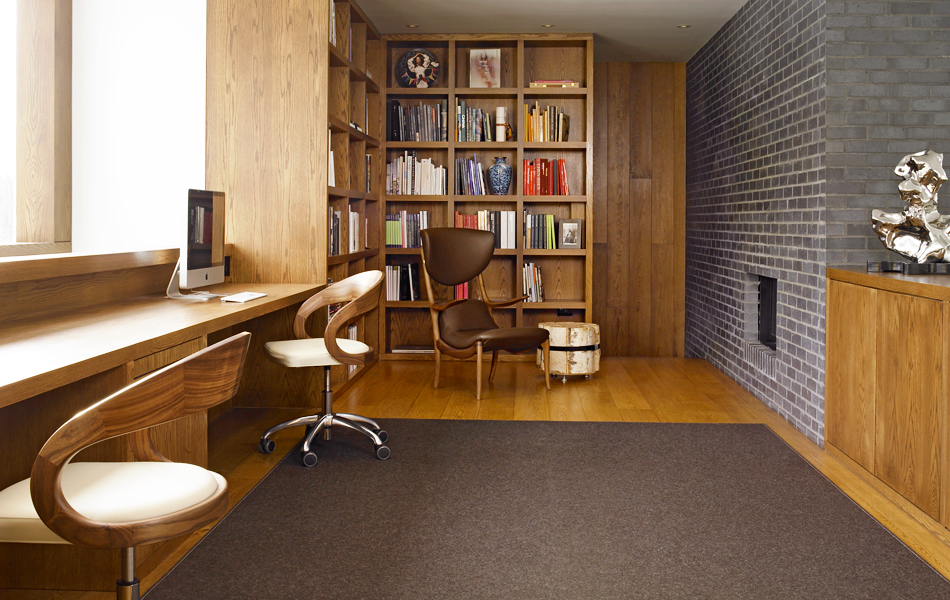 The home’s study is a book-lined, light-filled den of calm, with a modernist re-spin of a wingback chair by DDC and desk chairs by M2L. 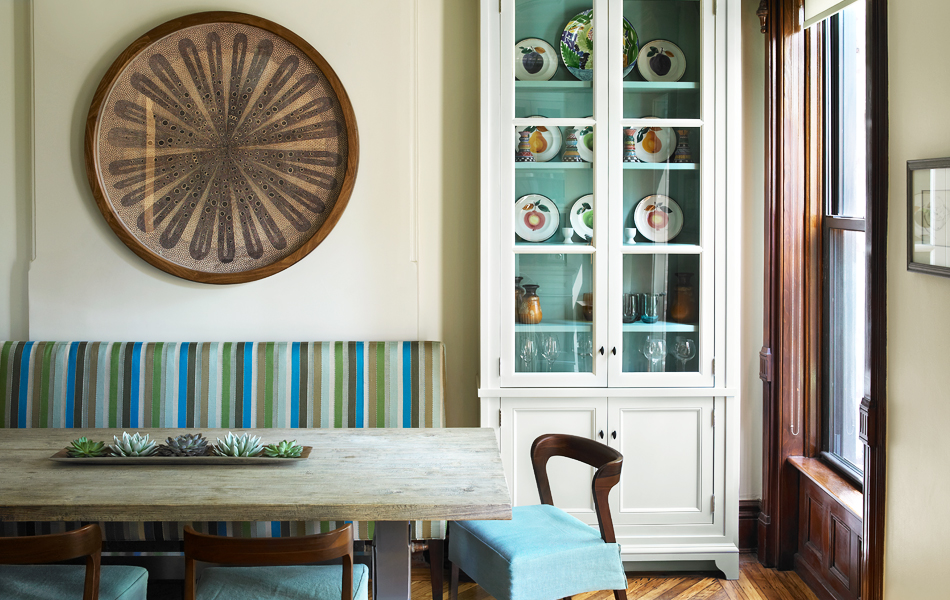 Despite its cool colors, the kitchen of the Park Slope house exudes country-style warmth. The banquette and farm cabinet are custom. 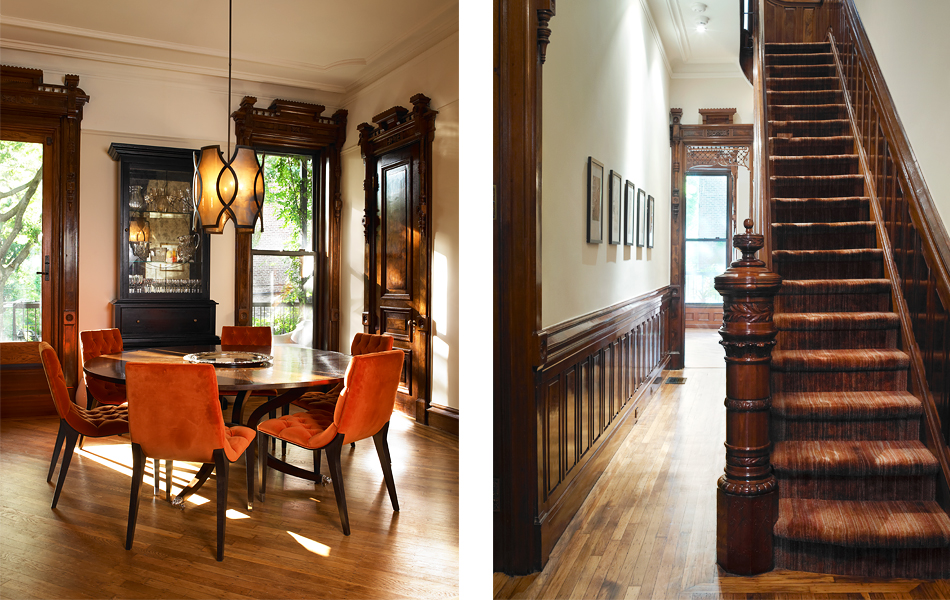 Left: The home’s dining room centers on a Dessin Fournir table surrounded by Addison House chairs. The pendant is from Urban Electric. Right: The stair hall, featuring a carpet runner by Woolshire Canyon, shows off more of the townhouse’s impressive original millwork. 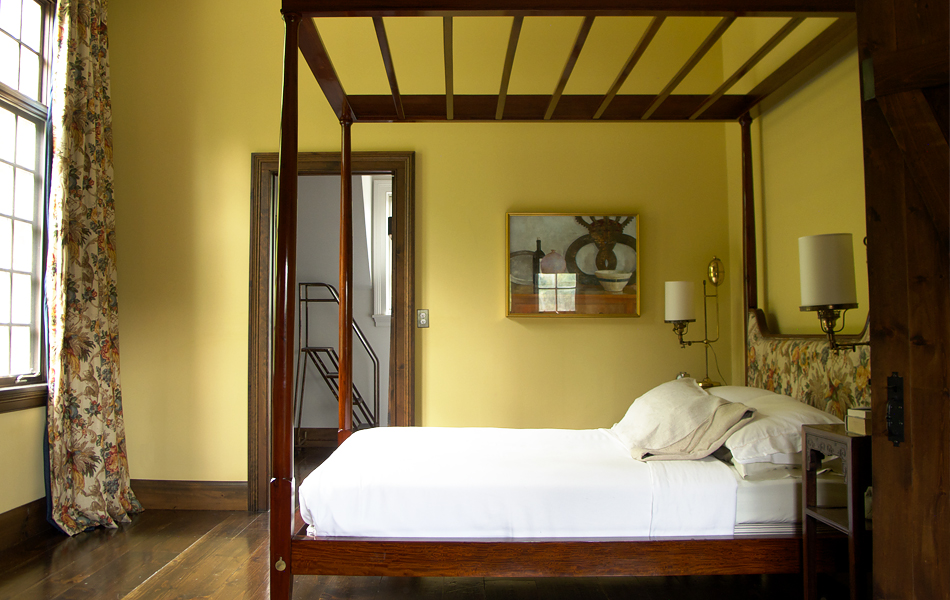 Back in the designer’s own Hudson Valley home, Scott kept the drapery fabric of the previous owners, even though it was something she’d never have selected herself. The art is her own work, and the lamps and ladder in the background are all antiques. 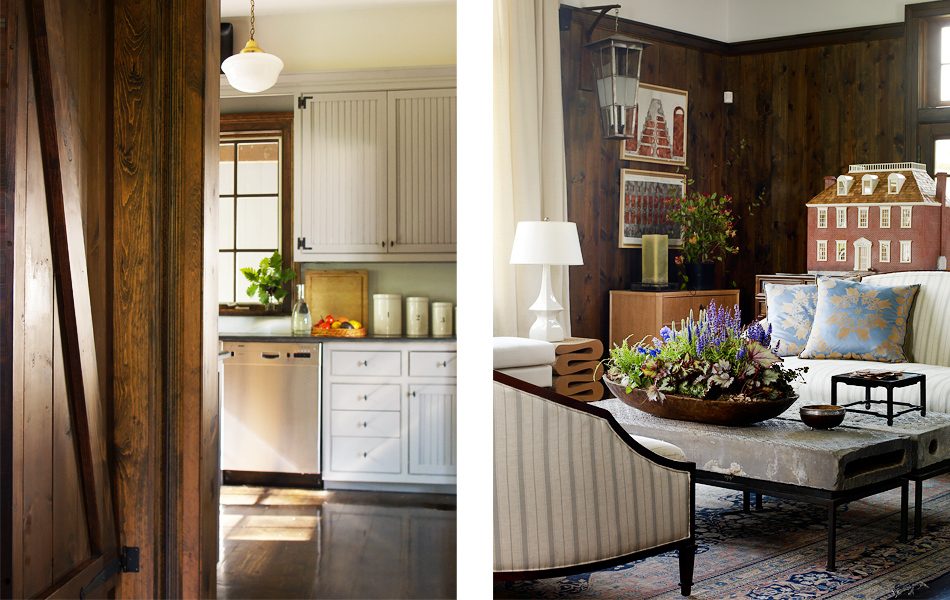 Left: The Hudson Valley home’s kitchen includes a hanging lamp from Rejuvenation. Right: In the living room, artwork by Scott’s husband hangs above a custom KSDS cabinet made in Shanghai. The coffee tables are antiques found in China, and the antique mohtashem carpet was purchased from a friend. Another of Gehry’s Wiggle stools sits by the drapes. 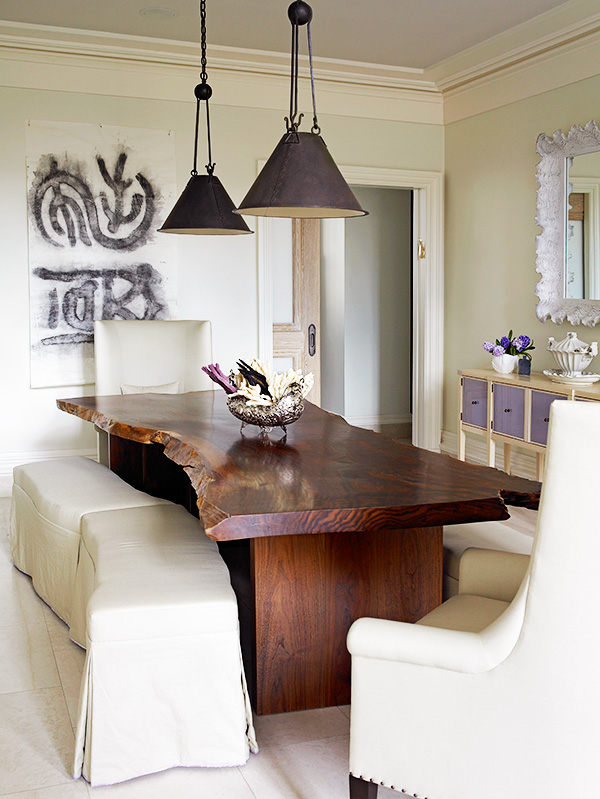 In the dining room of the Francophiles’ home, custom Sandringham benches flank a walnut slab table from Hudson Furniture. The ink painting on the back wall is by Gu Wenda, Scott’s husband and a noted artist, while the pendant lamps and arm chairs are Dessin Fournir.

One charming aspect of Scott’s flexible approach is her willingness to, as she puts it, “work with the givens,” whether it’s a client’s beloved furniture or even existing paint colors. The Hudson Valley house she shares with Gu is a case in point. Built in 2002, it resembles a turn-of the century carriage house whose gables and brickwork impart a Dutch feel. Scott kept some of the colors the previous owner had selected, including a striking dark blue on the dining room walls and a fabric in the master bedroom “that I never would have chosen because it was too ‘busy.’” She enjoys the occasional opportunity to work around someone else’s choices, in fact. “It pulls me outside of myself,” she says. “In that way, I don’t duplicate something I’ve already done.”

Shortly after she and her husband purchased their country house, Gu traveled to China “and bought all kinds of stuff,” Scott says —dining tables, a desk, plant stands, baskets, terracotta slabs, stone tables and more. When he got home, Scott recalls, “I asked him, ‘What did you buy?’ And he said, ‘I don’t remember.’ Then it landed in our driveway, and I had to figure out where it would all go.” She managed to put together a harmonious whole “without it looking too Chinese,” she says, also incorporating an 18th-century pianoforte that was an heirloom in her family, a Biedermeier mirror and a console table made of stacked steel rectangles. “I might not have chosen what he did,” Scott admits, “but that was part of the fun. It was no different from working with clients. They say, ‘I want to keep this, I want to keep that.’ And I have to make it all work.”

Asked what she finds most exciting about her profession, Scott replies without hesitation: “To go in with a vision of something and then watch it take shape. That gives me an incredible sense of satisfaction,” she says. “It’s addicting.” 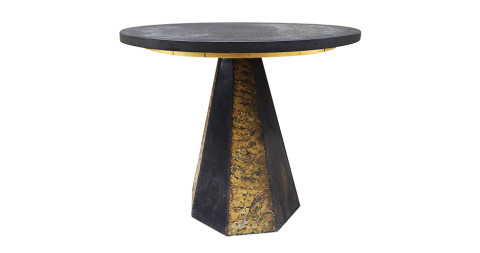 This table is a wonderful blend of natural and sophisticated. The shape is sculptural and striking. 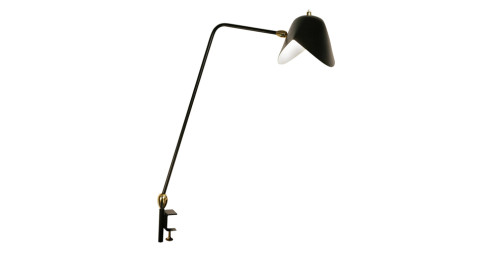 The graceful lines and beautiful details of this desk lamp make it work as the perfect accent anywhere. 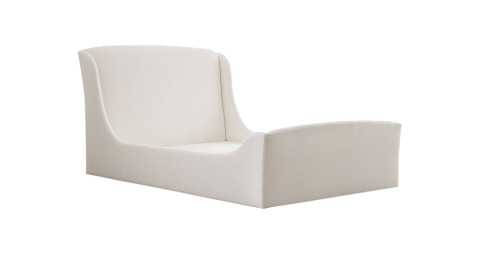 This bed is elegant and comfortable. It would be easy to mix with any style room. 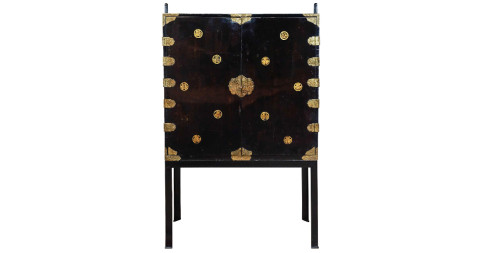 A piece like this is the jewelry of a room. It is unique and beautifully detailed. Its presence makes everything look precious. 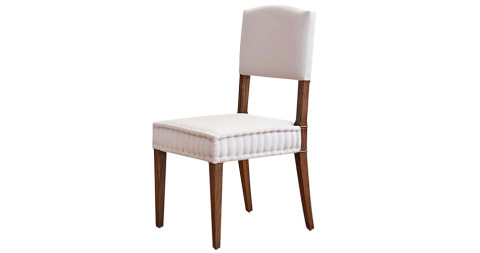 This chair is classic and unexpected at the same time. It seems to welcome you to sit for a while. 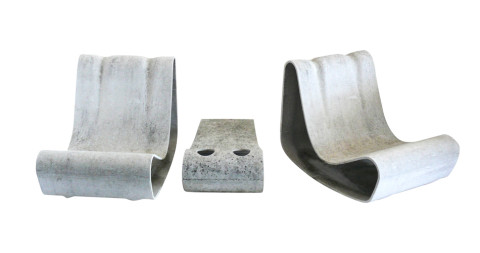 These chairs have beautiful visual texture together with their simple sculptural shape. They would be a charming surprise in a room.