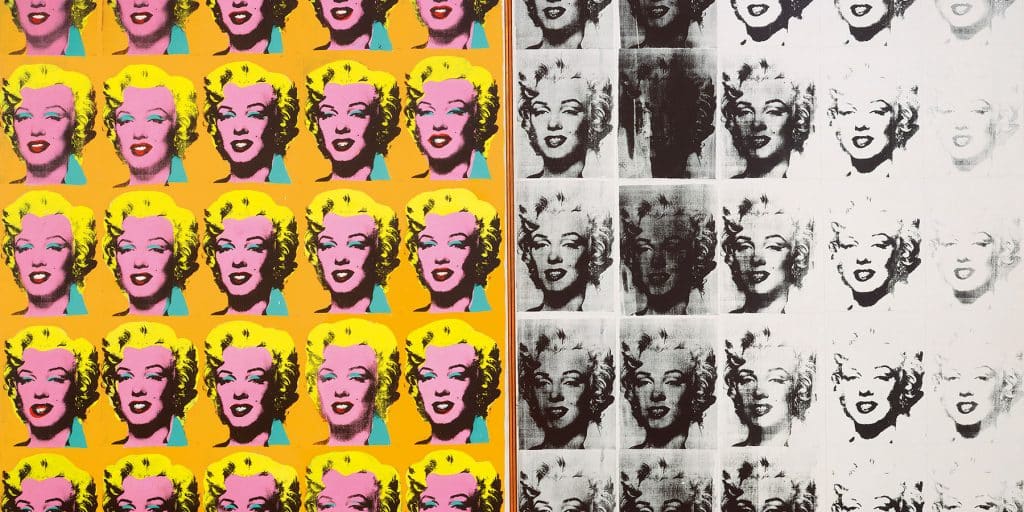 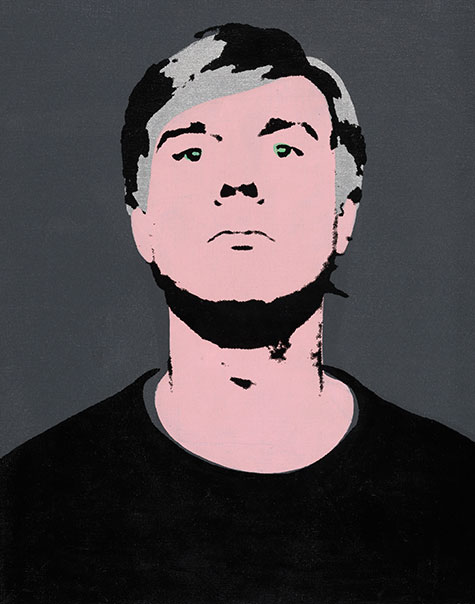 For all the attention-grabbing simplicity of Andy Warhol’s iconic Americana — Campbell’s soup cans, dollar signs, the Empire State Building — he was one of the most complex and enigmatic characters of the 20th century. No one cultivated an ambiguous persona more diligently than he did, with his nonchalant “what you see is what you get” attitude and cryptic witticisms, which, coupled with his fixation with celebrity and consumerism, threw observers off the scent of his sophisticated trail. As he famously told an interviewer in 1966, “If you want to know all about Andy Warhol, just look at the surface: of my paintings and films and me, and there I am. There’s nothing behind it.”

Nothing will ever entirely blow the lid off Warhol’s epic operation, but “Andy Warhol: From A to B and Back Again,” a landmark retrospective opening at the Whitney Museum on November 12, is certain to get people to see the artist and his work, surfaces and beyond, as they never have before. (The title refers to Warhol’s 1975 book, The Philosophy of Andy Warhol, A to B and Back Again.) And considering his uncannily prescient vision of the 21st century — from his declaration that, in the future, everyone would be “world-famous for 15 minutes,” a distinct possibility in an era shaped by social media, to his inquisitive musings over who “owns the news” and his presentation of life as envisioned through the media — Warhol feels as topical now as he did in his own era.

Curated by the Whitney’s Donna De Salvo, one of the few remaining Warhol authorities who interacted with the artist (at Dia in the 1980s), “A to B and Back Again” is the first comprehensive Warhol survey since the Museum of Modern Art’s “Andy Warhol: A Retrospective” in 1989, just two years after the artist died prematurely at age 58 following routine gallbladder surgery. Thirty years and reams of research (including five volumes of a monumental catalogue raisonné published between 2002 and 2018 by Phaidon) later, the Whitney aims to connect the dots between his myriad roles: campy fashion illustrator, trailblazing Pop artist, avant-garde filmmaker, Velvet Underground producer, founder of the experimental Interview magazine, society portraitist, cultural archivist and TV talk-show renegade. “For all the shows in the thirty years since Warhol’s death, none has convincingly tied together the entire range of his work,” De Salvo writes in the catalogue. “Yet one premise of ‘Andy Warhol: From A to B and Back Again’ is that Warhol himself understood his project holistically.”

Warhol at the Whitney 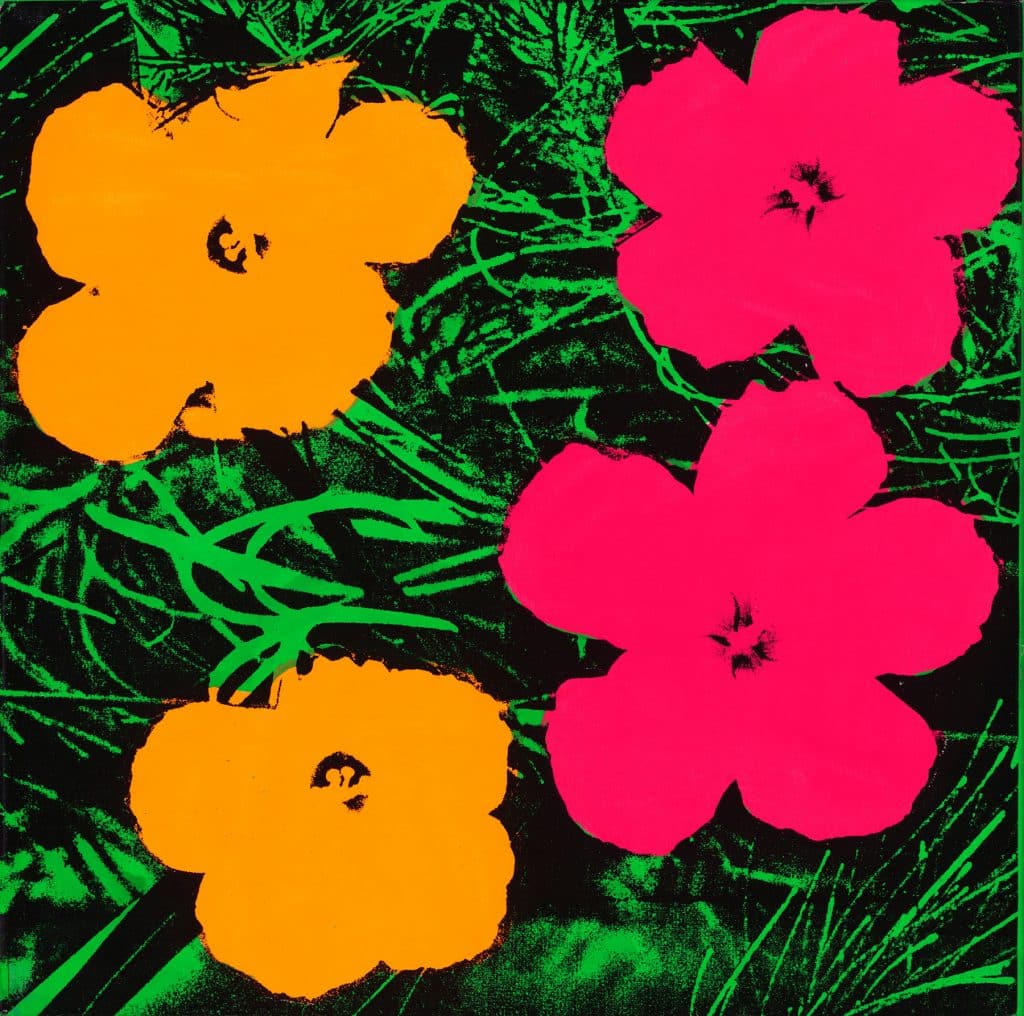 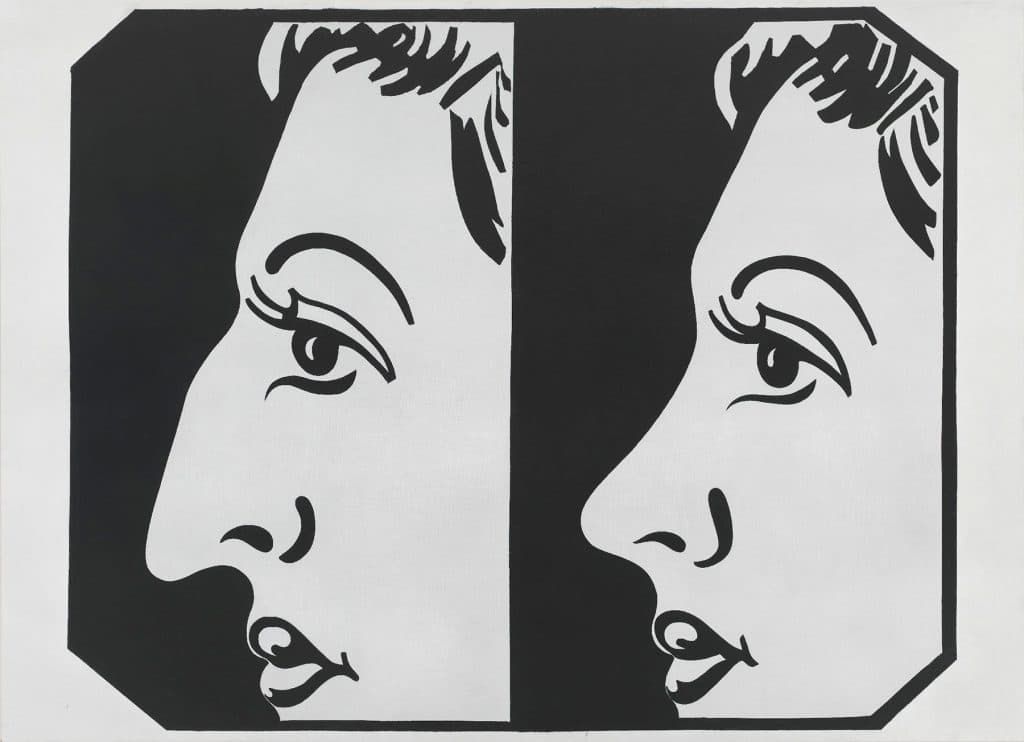 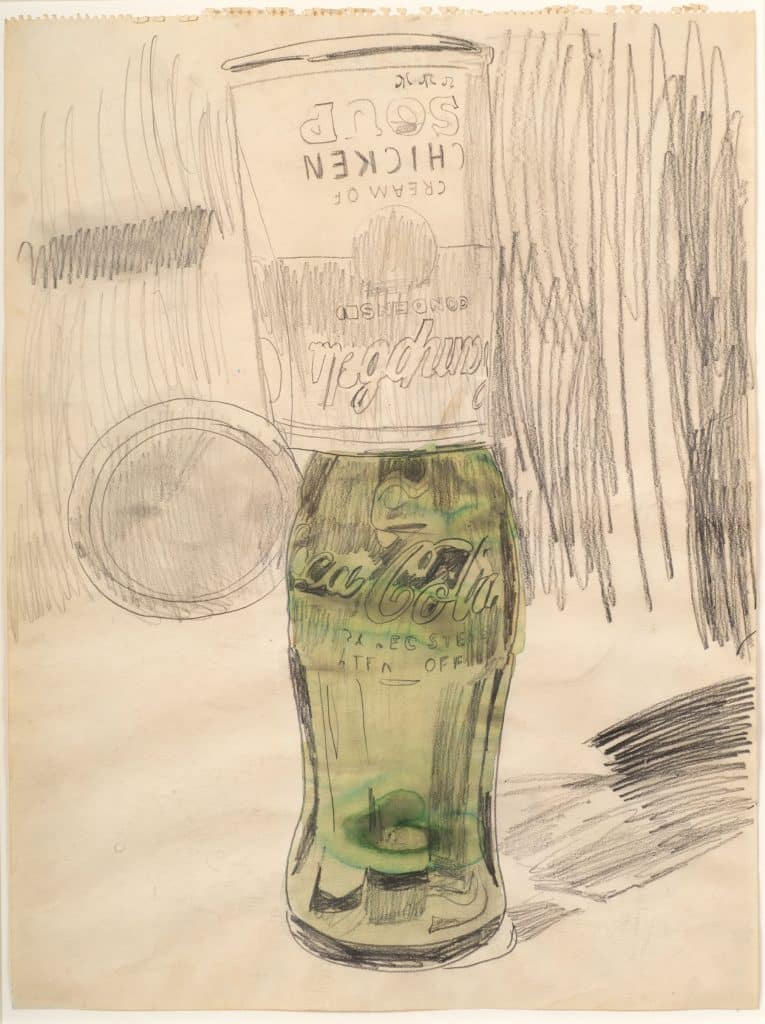 Campbell’s Soup Can over Coke Bottle, 1962 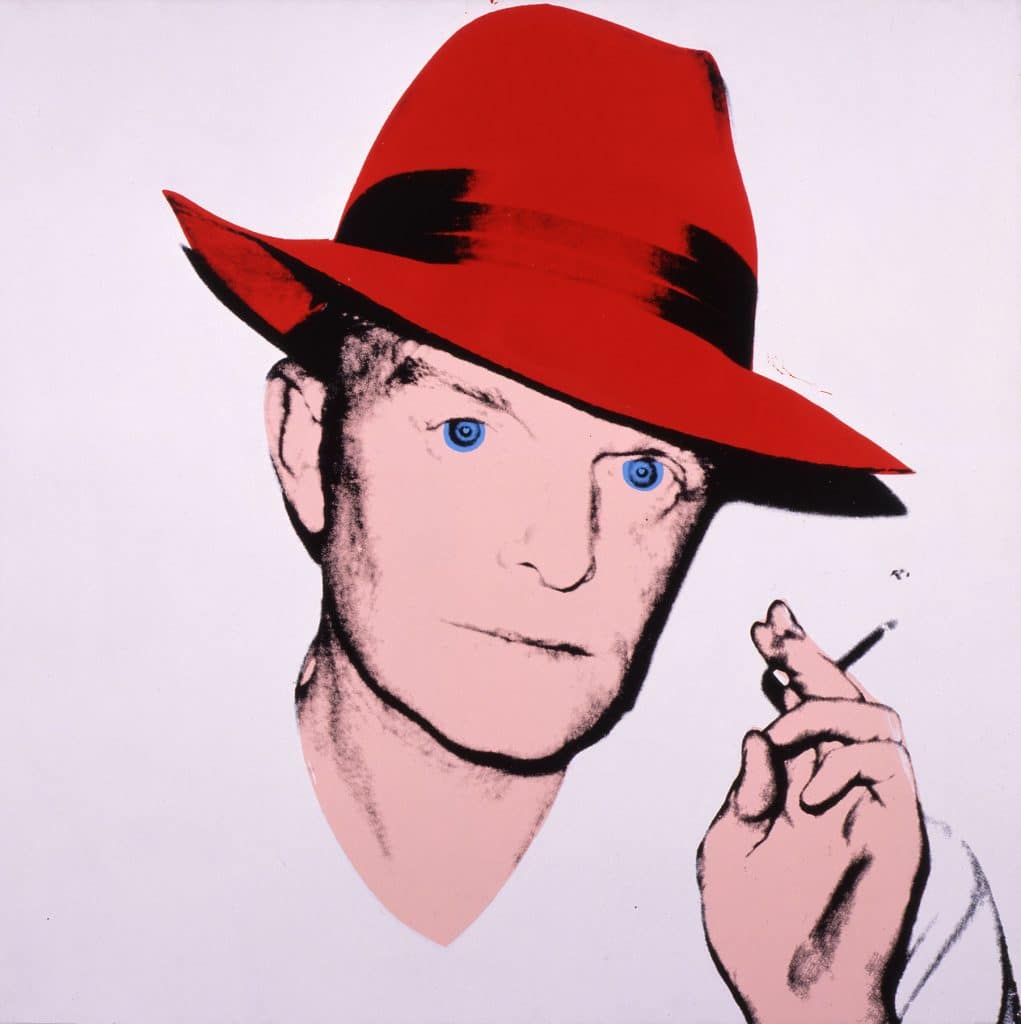 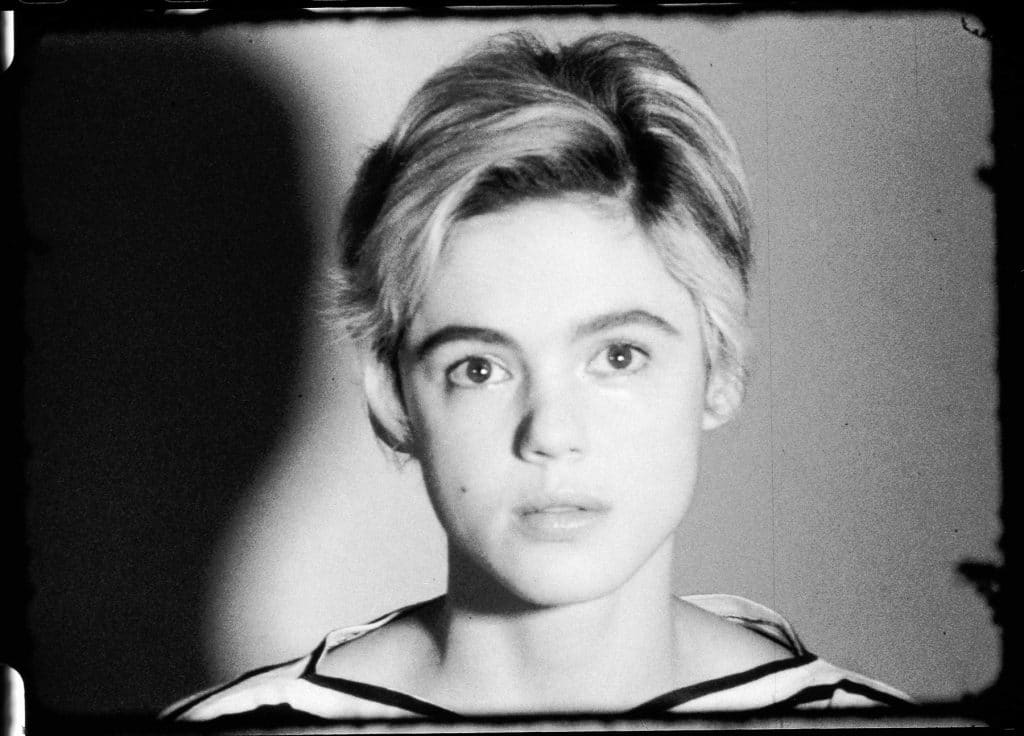 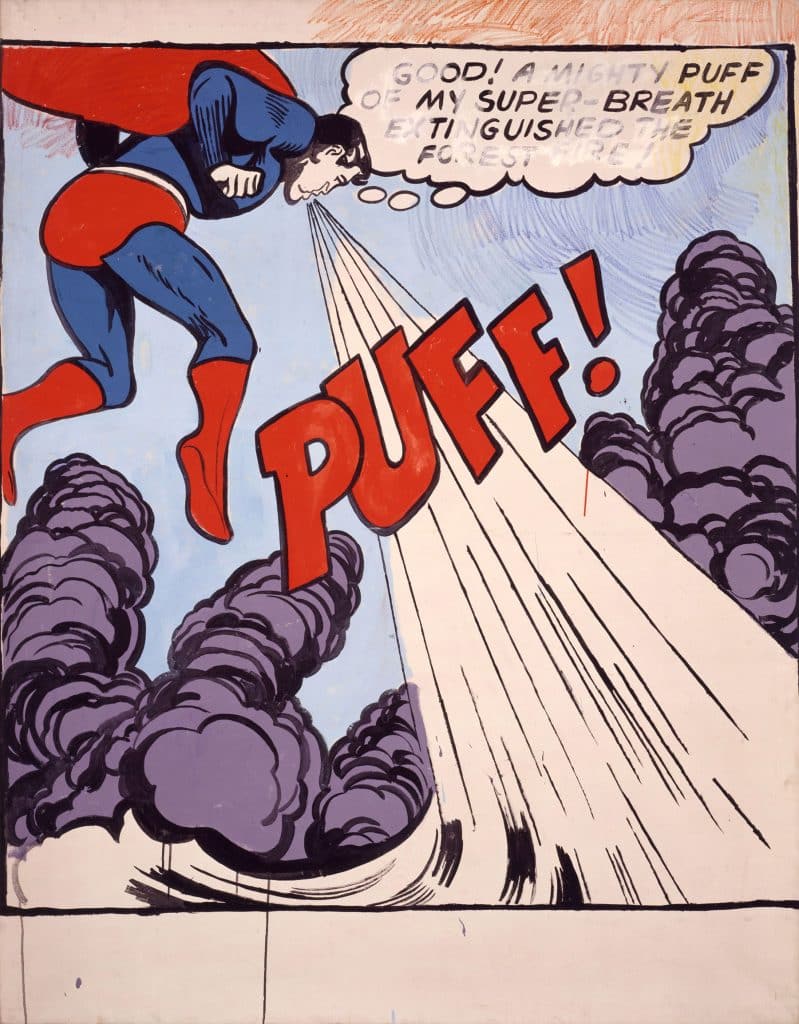 “To bring all this different work together and to show how it’s interwoven is undoubtedly going to shift perceptions about Warhol,” says dealer Susan Sheehan, whose eponymous gallery has been handling Warhol’s prints since the ’80s. “Especially for younger audiences, who might not have been around to have experienced his impact.”

The exhibition begins with an intimate look at Warhol’s early years, including wonderfully expressive and quirky illustrations he made for magazines and newspapers, work he landed shortly after moving to Manhattan, in 1949, from Pittsburgh, where he was born and raised, the son of Czech immigrants. This section highlights the shoe sketches he did for I. Magnin (beloved by collectors), along with book illustrations done with his blotted-line technique, an early form of printing in which he blotted a wet ink drawing, then transferred it to paper.

It’s his tender and intimate ballpoint portraits of young men and their body parts, however, that set the stage for an interpretation of Warhol as a skilled technician as well as an artist moved by human interest. 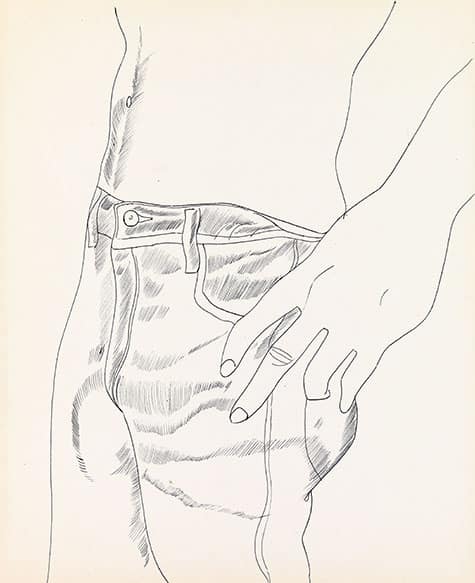 “He clearly had a talent to make everything by hand,” says dealer Linda Benrimon, of David Benrimon Fine Art, who has been handling Warhol prints and paintings for two decades. (His earliest Soup Cans were, in fact, entirely painted by hand.) And although he memorably claimed to want to be a machine, and his use of silkscreen approximated total mechanization at times, he always incorporated “mistakes” —  painterly blurrings and drips — that revealed his hand, as it were, but also added an element of messy, human darkness to the larger-than-life Marilyn Monroes and Liz Taylors and Elvises.

Shortly after his prime Pop era, Warhol announced he was giving up painting and turning to film, thus inaugurating the infamous Factory period of superstars and debauchery but also epic productivity and innovation. A holistic look at Warhol would be incomplete without a sampling of the underground films he made between 1963 and ’68. “We’ve spent a lot of time talking about confluences between his film work and his work in other media,” says Claire Henry, assistant curator of the Whitney’s Andy Warhol Film Project, an archival research initiative started with MoMA in the 1980s to preserve the artist’s films, which number around 650.

Henry, who organized the exhibition’s film component, points to minimalism and seriality as key themes running through his celluloid and silkscreen work. (Some films, like his “Screen Tests” — hundreds of silent, four-minute, black-and-white portraits — will be played on a loop in the galleries, while longer ones, like 1964’s Empire, his eight-hour-long stationary shot of the Empire State Building enduring the passage of time one July night, will be screened in the theater.)

Knowing Warhol’s devotion to cinema, it’s easy to understand why he repeated images in grids, which evoke film strips or photographic contact sheets. In fact, it’s hard not to see evidence of the camera everywhere. “It’s critical to keep in mind that photography was the source material for everything Warhol did as an artist, whether the Times Square photo booth, or the Polaroid, or the 35mm camera,” says Los Angeles–based dealer James Hedges, of Hedges Projects, who has mounted numerous shows of Warhol’s photographs, from Polaroids to silver gelatin prints he took as source images. 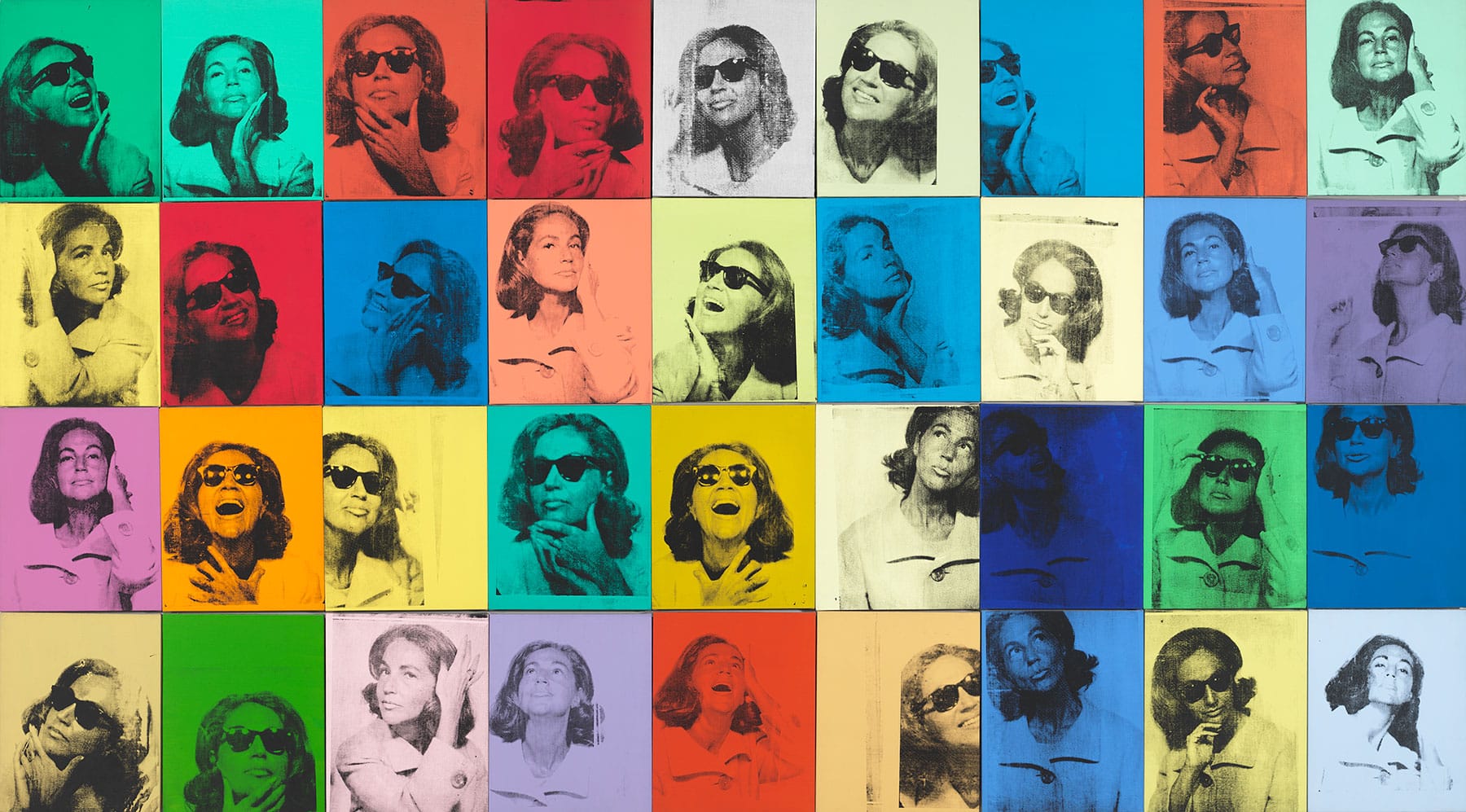 The most recent works in the show, from 1987, the year Warhol died, are silver gelatin prints stitched together like sculptural grids — a body of work that is relatively unknown but indicates where he was heading before he died. “Warhol had made a conscious decision to have photography as his next big thing,” says Hedges, noting that the 1980s were a highly fertile and creative period for the medium, with artists like Cindy Sherman and Richard Prince gaining traction. 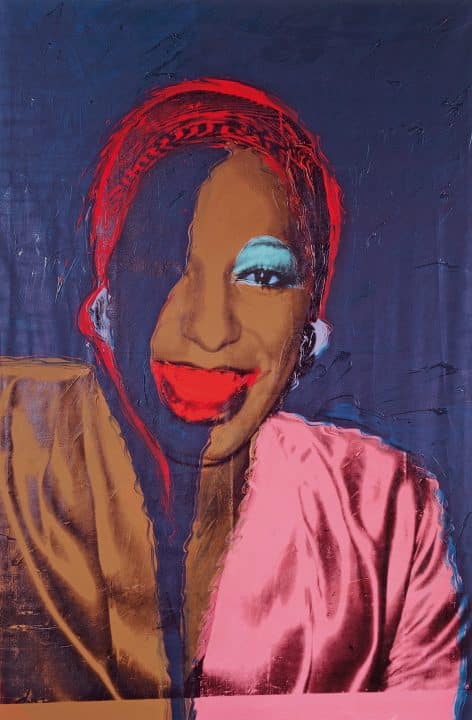 If one theme stands out as uniting Warhol’s different bodies of work, it’s his interest in human beings. “He was preoccupied with people. And he collected them, among other things,” the Whitney’s Henry says. “He had intimate friendships and romantic relationships. I hope people will walk away from the show having a greater understanding of how he might have interacted with people.”

With this interest came a focus on portraiture. This is manifested in his early Times Square photo-booth photos, his silkscreened Marilyns and Maos and his 1970s images of socialites, patrons, dealers, performers, politicians, artists, designers, writers and athletes. But there are just as many less conventional examples, like his 1975 series Ladies and Gentlemen, which shows black and Hispanic drag queens from Manhattan’s West Side.

That likely isn’t the Warhol we envision when remembering the outwardly passive, deadpan artist who seemed to want the world to believe in his utter superficiality. But there is clearly much of Warhol left to be discovered, at every turn. 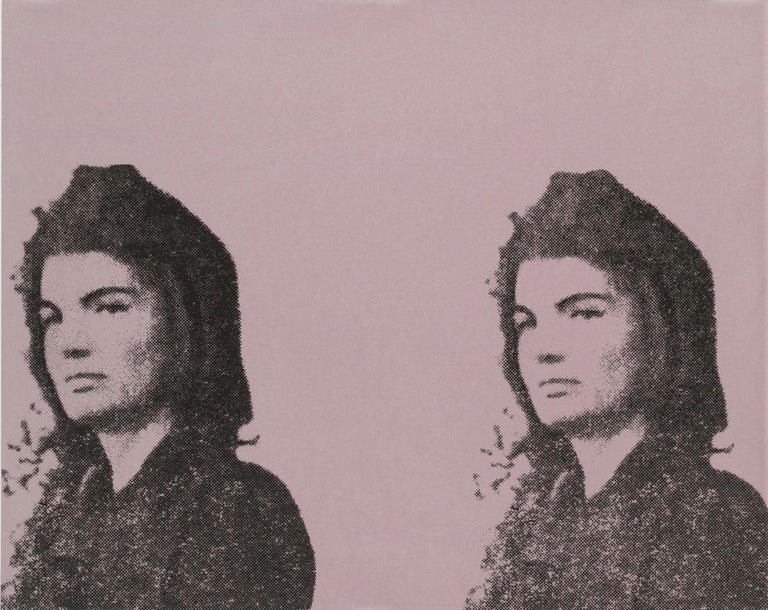 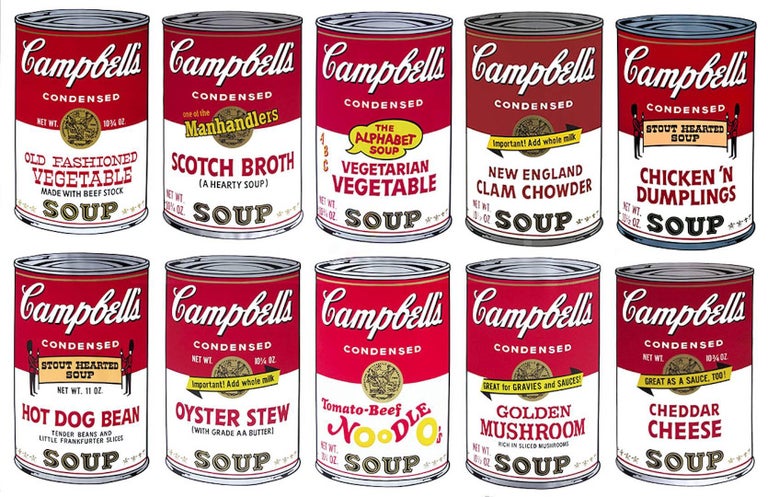 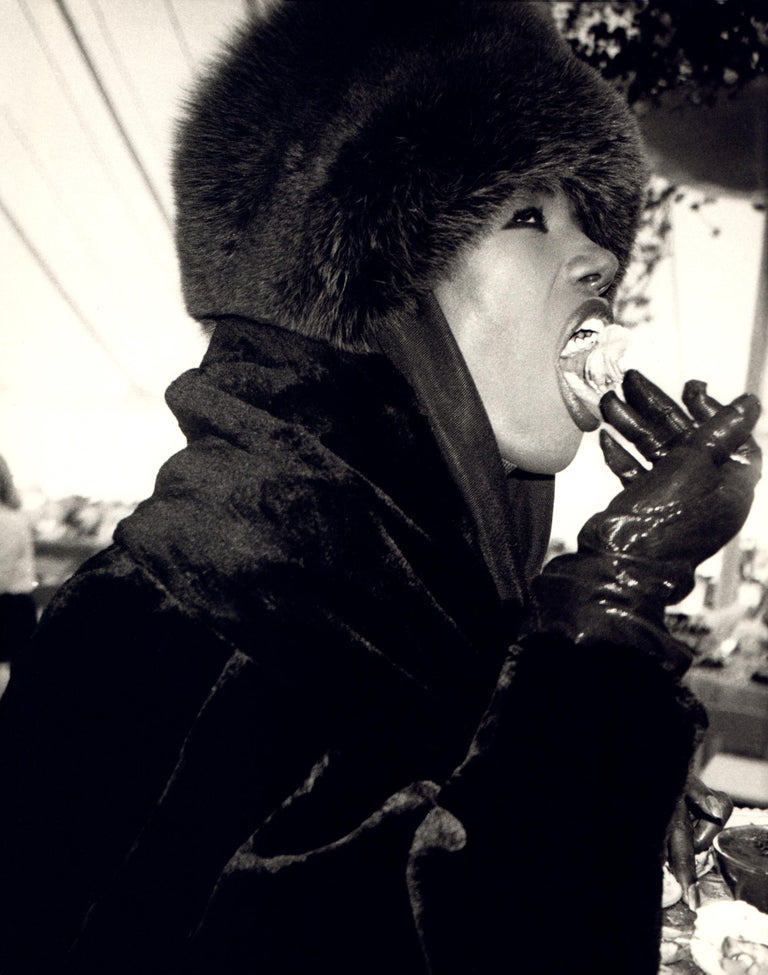 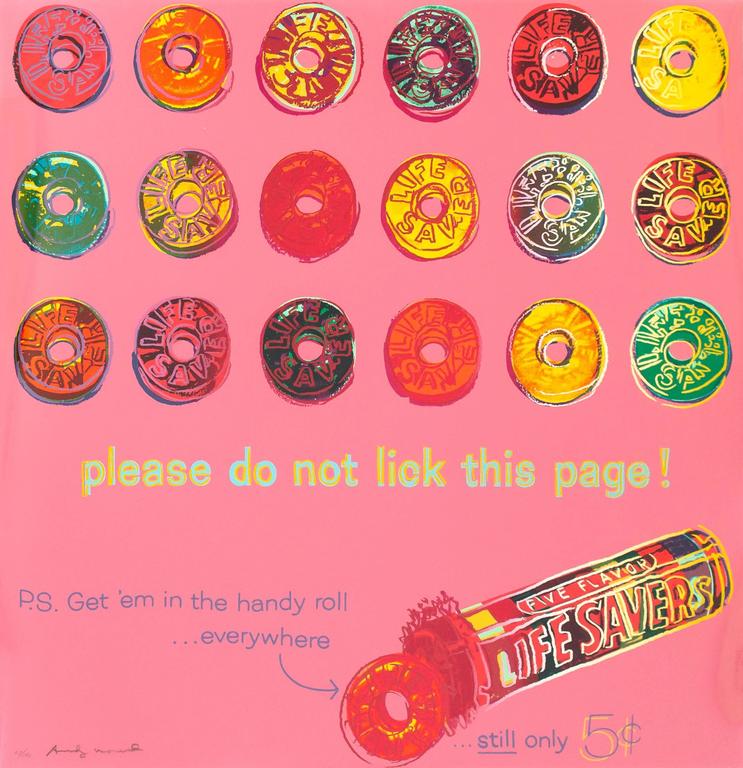 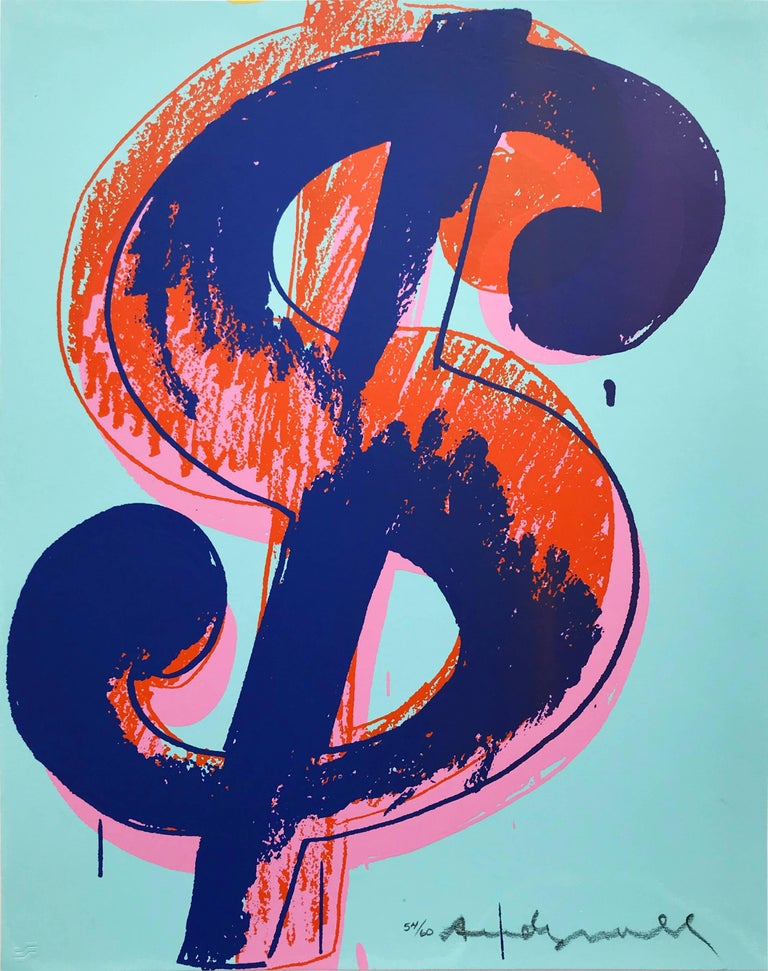 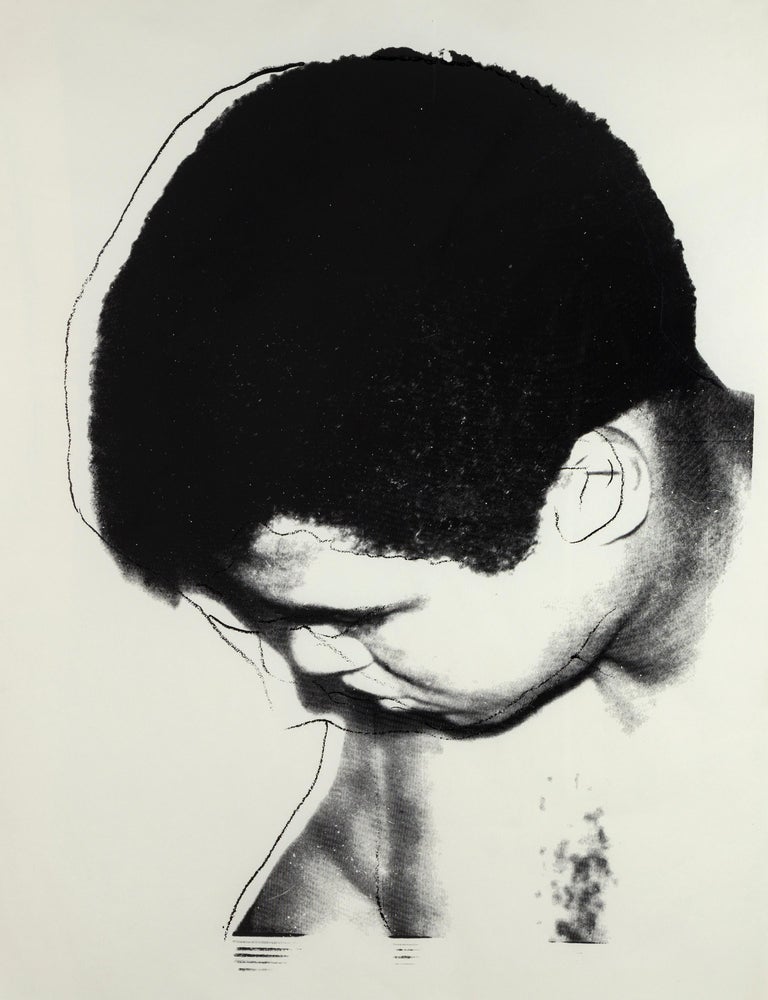 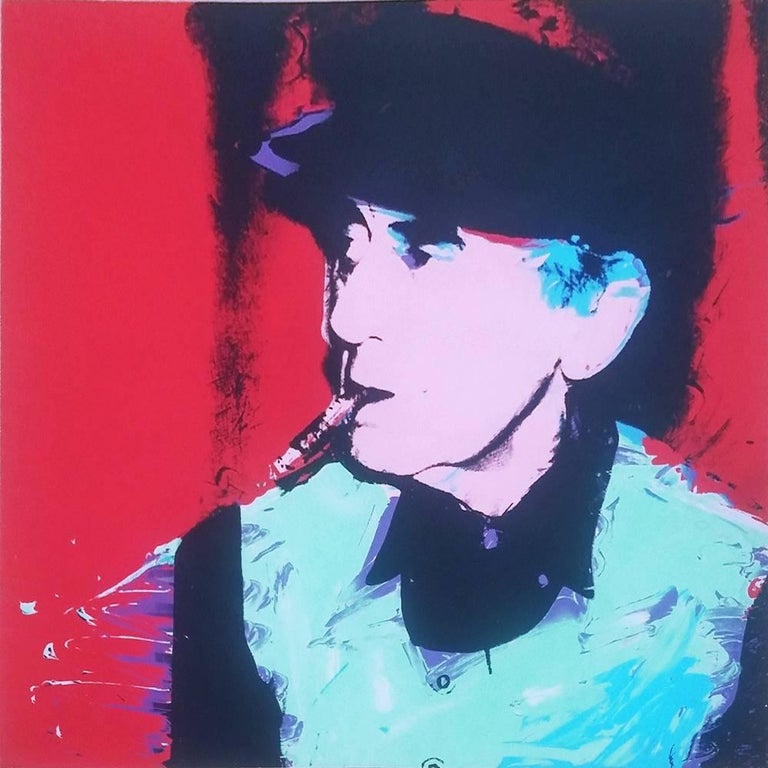 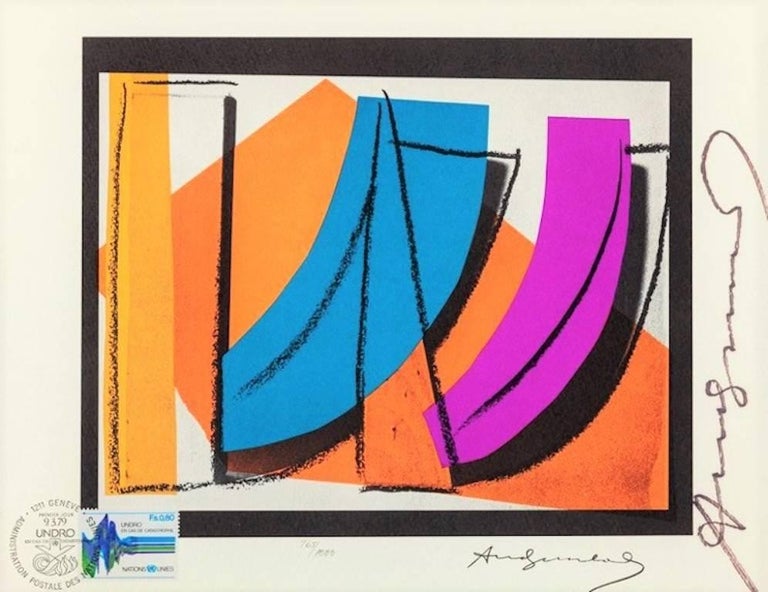 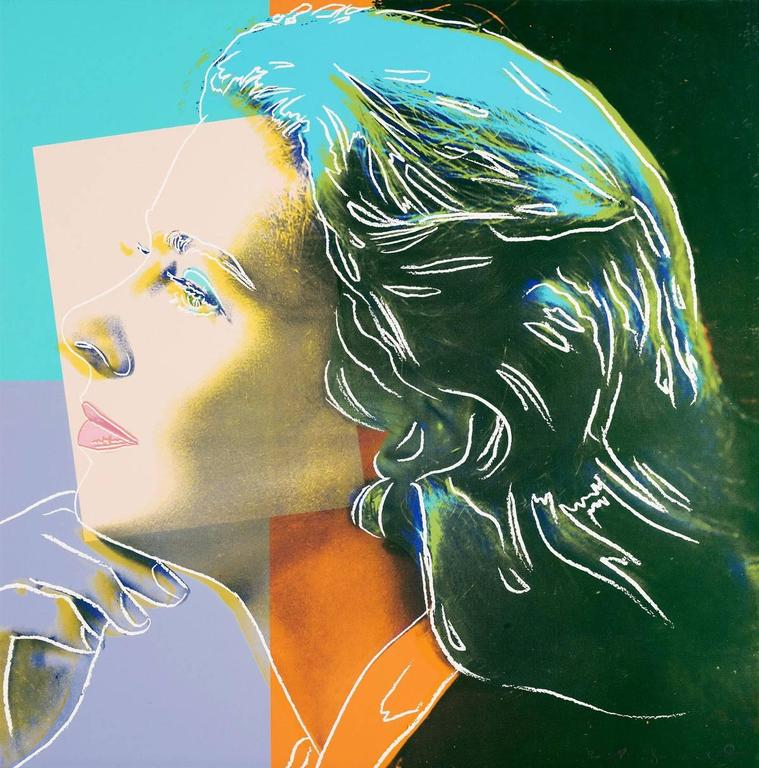 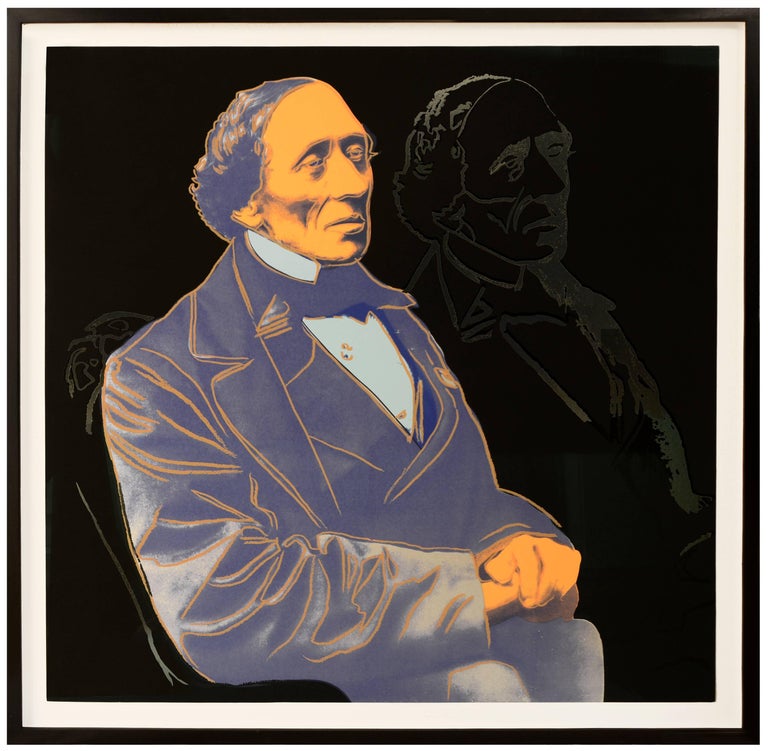 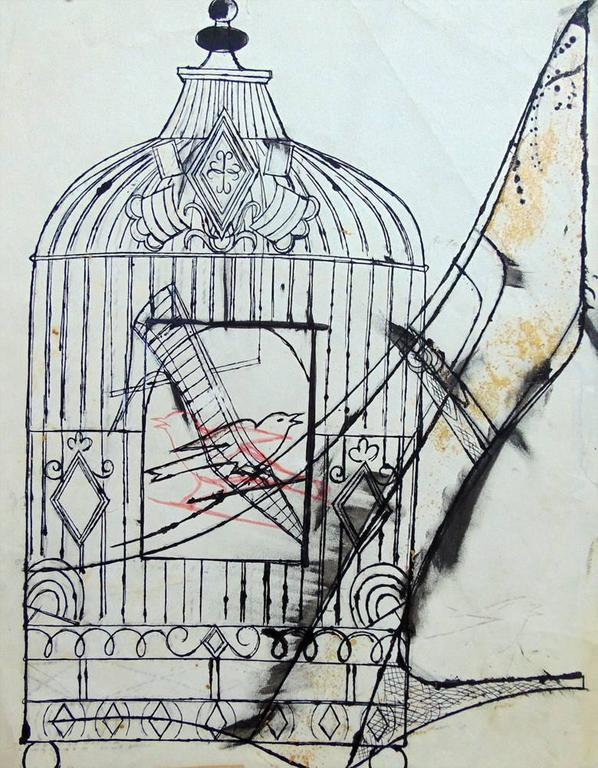 Shop Now
Bird in a Cage and Shoe, 1956. Offered by Gilden's Art Gallery 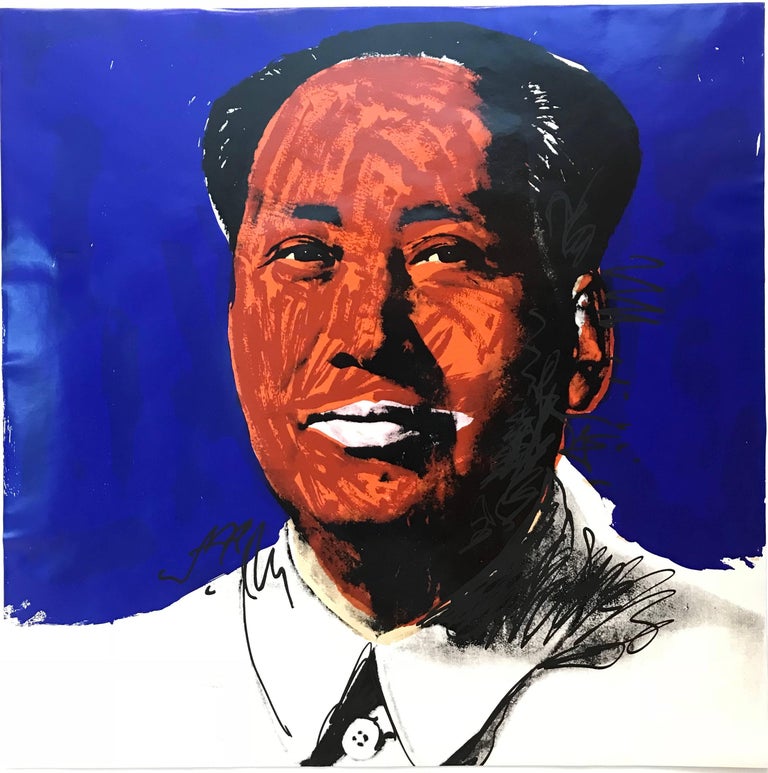