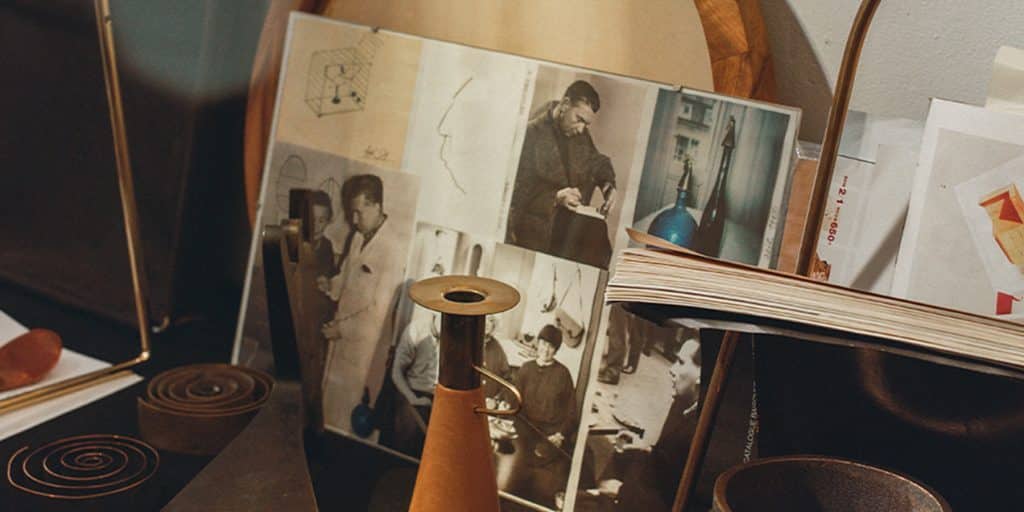 December 1, 2019In Vienna’s Neubau district, a beautiful Biedermeier townhouse has been home to the Werkstätte Carl Auböck for more than 100 years. Inside the workshop, where production continues to this day, countless objects line the shelves, walls, tabletops and desktops. 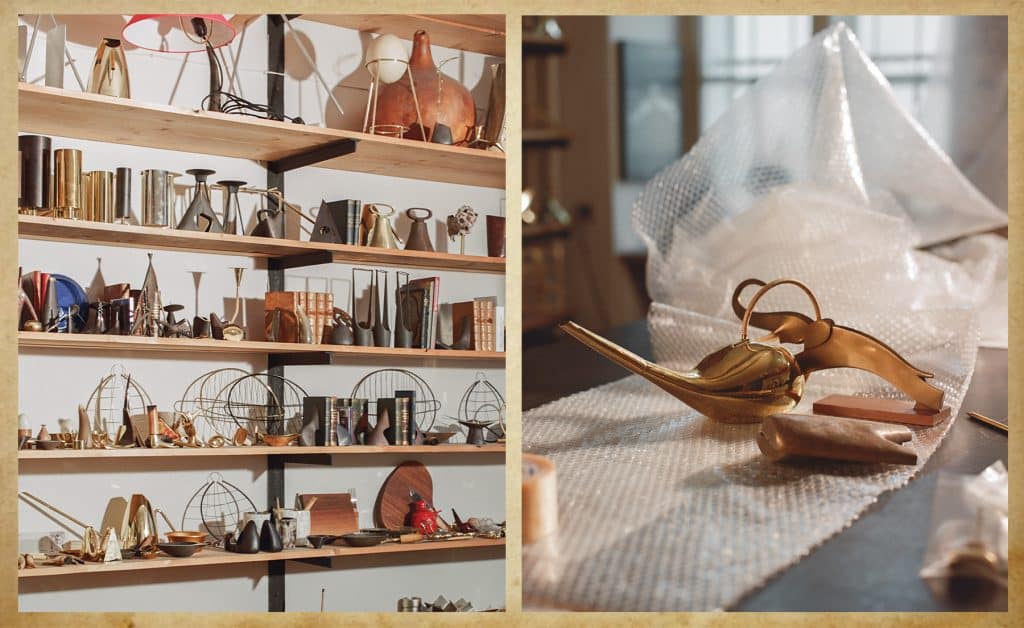 Founded in Vienna in 1912, Werkstätte Carl Auböck has continued to turn out beautiful brass objects that are both useful and whimsical. Above left, items from the current collection, overseen by Carl Auböck IV, are displayed along with vintage pieces from the archive, on the top shelf. Above right are a watering can model #3632 from a recent collection, an elephant sculpture from the 1930s and, in front of them, the casting form for the studio’s Aorta vase. Top: Auböck spiral pen holders sit among other pieces and vintage photographs in the workshop’s showroom.

Fourth-generation heir Carl Auböck IV, dressed in an OshKosh work coat, jeans and Birkenstocks, picks up a small patinated-brass sculpture, titled Optimist/Pessimist, and turns it up and then down, demonstrating two possible ways of positioning it. “The emotion changes,” says Carl IV, an architect and designer, “like with a human being.” Next, he picks up a brass ashtray to demonstrate how the snuffer can hang from the side when not in use. Moving on to a cork stopper topped by a foot, he remarks, “It could be a person who fell into a bottle.” 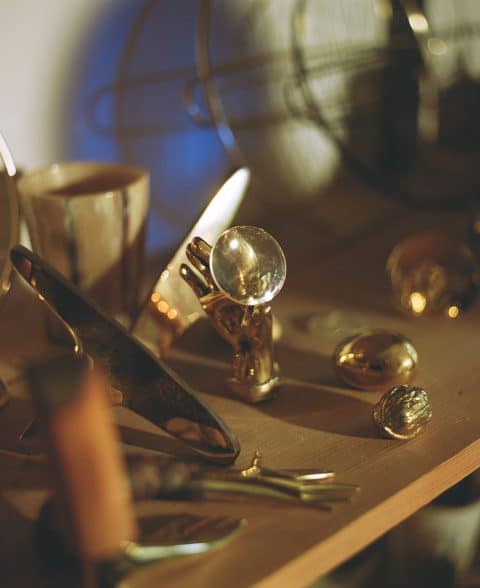 The brass objects above include one in the shape of a hand — a frequent Auböck motif — and another in the form of a walnut.

These are just a few of the iconic objects that his grandfather, Carl Auböck II, a painter who was among the first Bauhaus students, designed from the 1920s through the 1950s. They are clever, avant-garde, impeccably crafted and, yes, often humorous. Carl II created the Werkstätte Carl Auböck and a legacy that earned his objects cult status among collectors. That legacy is carried on today by his grandson, whose workshop produces an ever-changing collection of 400 pieces.

“Carl Auböck lI is considered a national treasure in Austria,” says New York gallerist Patrick Parrish, “and his design influence all over the globe has been significant.” Parrish, who counts Carl II among his favorite designers, showcased his work at New York’s Salon Art + Design in November and will do so again in January at the FOG Fair in San Francisco. He is also a major contributor to the 2012 book Carl Auböck: The Workshop, 2012, an in-depth exploration of the workshop’s oeuvre with photographs by Clemens Kois, who, along with Brian Janusiak, edited the volume and is set to publish a second one in October 2020.

Today, objects designed by Carl II make up 90 percent of Werkstätte Carl Auböck’s production, joined by his grandson’s creations. The studio is still located at its original address, on Bernardgasse 21, where in 1912 Carl III’s father, Karl Heinrich Auböck, founded the original workshop — one of the many bronze studios that were part of the so-called Vienna Bronzes movement. Specializing in animal sculptures, Karl established a tradition of quality and craftsmanship that he passed on to his son. 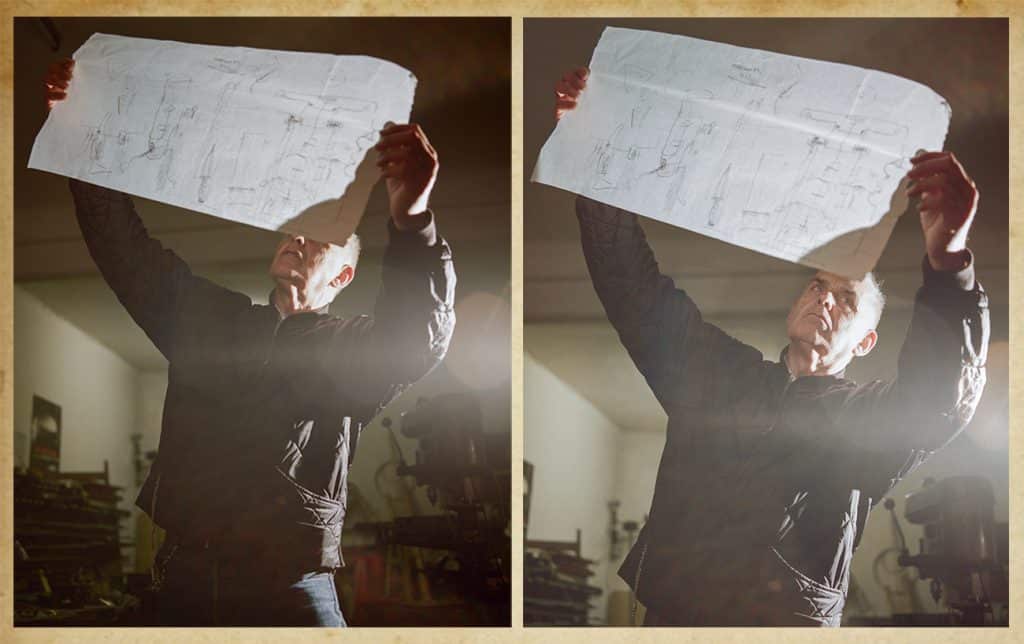 Carl IV examines drawings of the design for a brass railing he’s creating for a new bar in Vienna.

Born in 1900, Carl II joined his father’s workshop as an apprentice in 1919. A few years earlier he took a drawing class at the Academy of Fine Arts in Vienna and became acquainted with Swiss painter Johannes Itten. Shortly afterward, Walter Gropius appointed Itten to teach at the newly formed Bauhaus school, in Weimar, and Carl II was among a handful of students he invited to follow him there.

“It was surely the Weimar influence of the Bauhaus’s first years that influenced the style of my grandfather’s work,” says Carl IV, “particularly Itten’s way of combining arts with crafts, before the Dessau industrial approach” took over as the predominant Bauhaus mode of making. 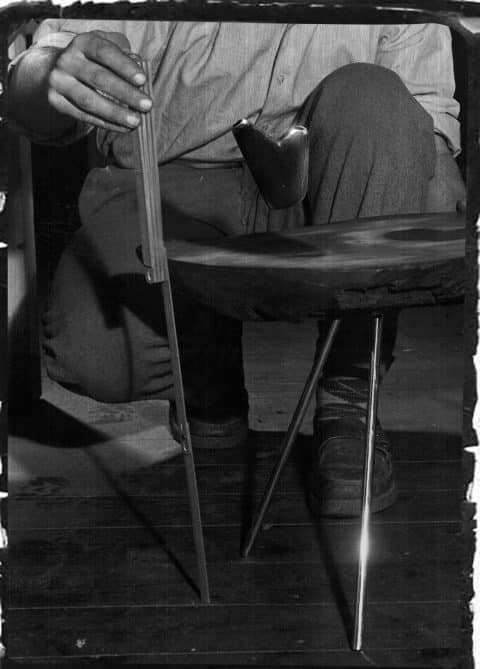 Carl IV works on one of the final production stages of a tree trunk table, checking its height.

At the school, where he remained on scholarship until 1921, Carl II worked in Naum Slutzy’s metal workshop, attended Itten’s famous introductory course and formed relationships with such influential artists and designers as Gropius, Paul Klee, Oskar Schlemmer and Mara Utschkunova, whom he eventually married. “I do have one memory of my grandfather,” says Carl IV, who, born in 1954, was just a small child when Carl II died, in 1957. He recalls the older man “fooling around with us kids” at the Schönbrunn gardens, wearing a long gray coat. “My grandmother had a loom upstairs. She made fine tweeds. He always had very fine suits and clothes. I wore that gray coat for a while.”

When Carl II returned to Vienna, in 1922 or ’23, to help care for his ailing father, he took over the business, instilling it with the spirit of innovation and liberation he had experienced at the Bauhaus. Working in polished and patinated brass, as well as combinations of such materials as leather, cane, wood and horn, he created pieces that reflected the craftsmanship he learned from his father together with his own artistic inclinations and sense of whimsy.

“There are numerous facets to what the workshop has produced, which means there are collectors who focus on different aspects of the work,” says Nina Hertig, cofounder of the London interior design studio and shop Sigmar, which offers a large selection of Auböck pieces on 1stdibs. “The rare tree trunk tables and the iconic hands and feet always do well, but it is impossible to narrow down what collectors will want exactly, as loving the Auböck workshop is a journey in itself.”

As his father (who died in 1925) had done before him, Carl II worked alongside his son, Carl Auböck III (1924–93). The two shared a unique chemistry, despite their different approaches. 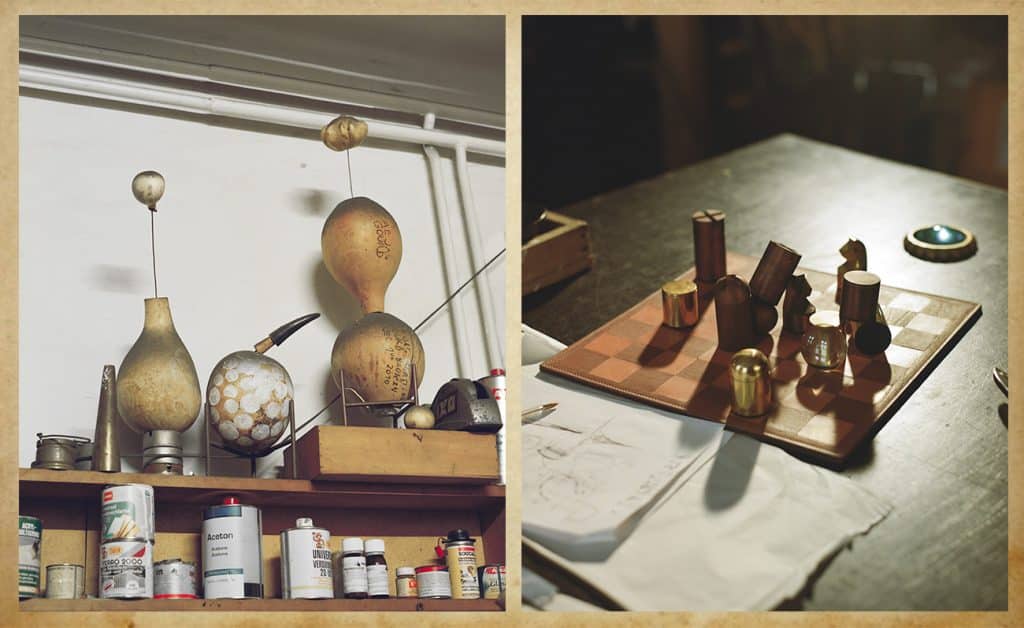 Left: Elements of different Auböck gourd lamps sit on a high shelf in the studio. Right: A chess set features pieces of polished and patinated brass.

“My father was more of an industrial designer,” Carl IV says. “My grandfather was a craftsmen and artist. He relied on his hands a lot. He made prototypes by hand in the workshop.” During Carl II’s day, the workshop employed 8 to 10 artisans, from leather workers to cane specialists to wood turners. “There were thirty steps to his process,” says Carl IV, noting that this helped prevent the objects from being counterfeited. Carl III had a more streamlined production method. Looking at a wall of doorknobs, Carl IV points out the differences in their work: “My father’s are more massive. My grandfather’s are very organic.” 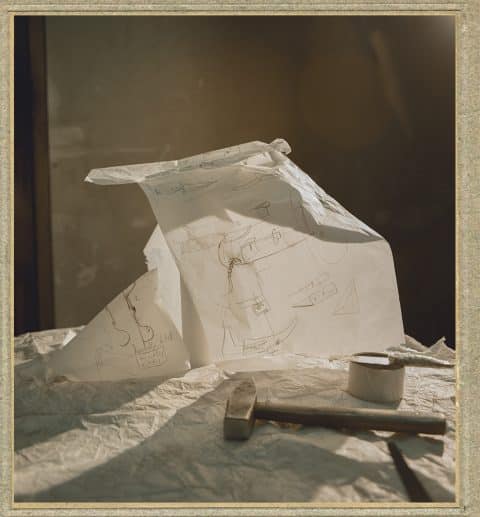 Plans rest in front of a piece of brass sheet metal that will be hammered into an arresting object.

The two approaches complemented each other. During their years of collaboration, father and son produced such iconic pieces as the Vice Versa lamp, a slim reversible wonder, and the flat, wide-handled #2060 tableware set for Amboss Neuzeughammer, which earned the workshop a number of Compasso d’Oro awards at the Triennale di Milano in the 1950s. And Carl II shared a vision with his son that went far beyond the borders of Austria.

“My grandfather was the only one [among his local peers] concerned about modernism and about what was going on in other parts of the world,” Carl IV says. “My father was more or less the antenna for him.”

Carl III did his postgraduate studies in architecture at MIT in the 1950s and while there befriended furniture designers Charles and Ray Eames and architect Benjamin Thompson — who founded the trailblazing Cambridge, Massachusetts, retailer Design Research — as well as, in the 1970s, George Nelson. In the U.S., he was also exposed to the work of George Nakashima and Isamu Noguchi. During that period, he also traveled to Japan to explore its design world. Back home, he shared these experiences and sources of inspiration with his father. 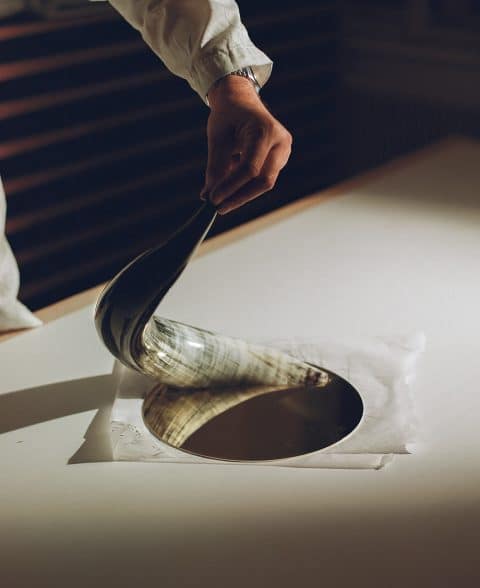 Carl II died in 1957, at just 57, and his son, whose international outlook brought the workshop a number of noteworthy clients, including Tiffany & Co., Harrods and Hermès, carried on the family business until his own death, in 1993.

Carl IV, who worked with his father for 18 years, continues the tradition today. With his sister, landscape architect Maria Auböck, he organized the well-received 1997 exhibition “Carl Auböck — Painter and Designer,” celebrating his grandfather’s work, at the Wien Museum. He also produced two volumes of the workshop’s catalogues and established, on the ground floor of the family townhouse, the Carl Auböck Archive, which now holds more than 4,000 pieces.

And, of course, he continues to create numerous bespoke objects. “Moving forward, I’ve been trying to keep up the humor,” Carl IV says. A case in point: a pair of Philip Johnson–style spectacles in patinated brass, commissioned by the gift shop of the Glass House, Johnson’s modernist former home in Connecticut.

Whether he’s crafting his own new designs or producing those of Carl II — using his grandfather’s patterns and casting forms and treating and finishing the objects just as his grandfather did — his priority remains the same: “Keeping up with quality, which is a task enough to fill our day, is the most important thing,” Carl IV says. “Everything else vanishes.” 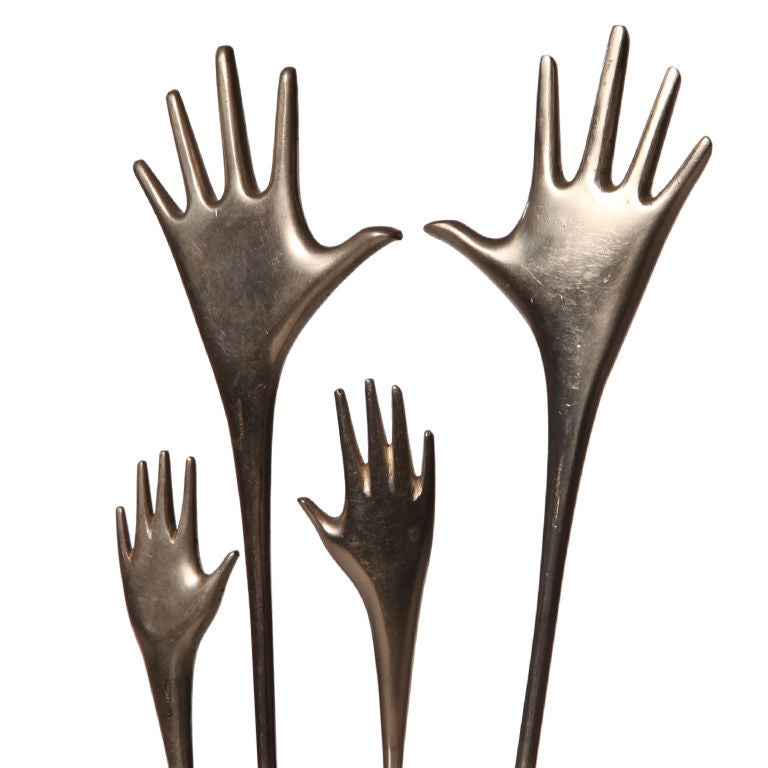 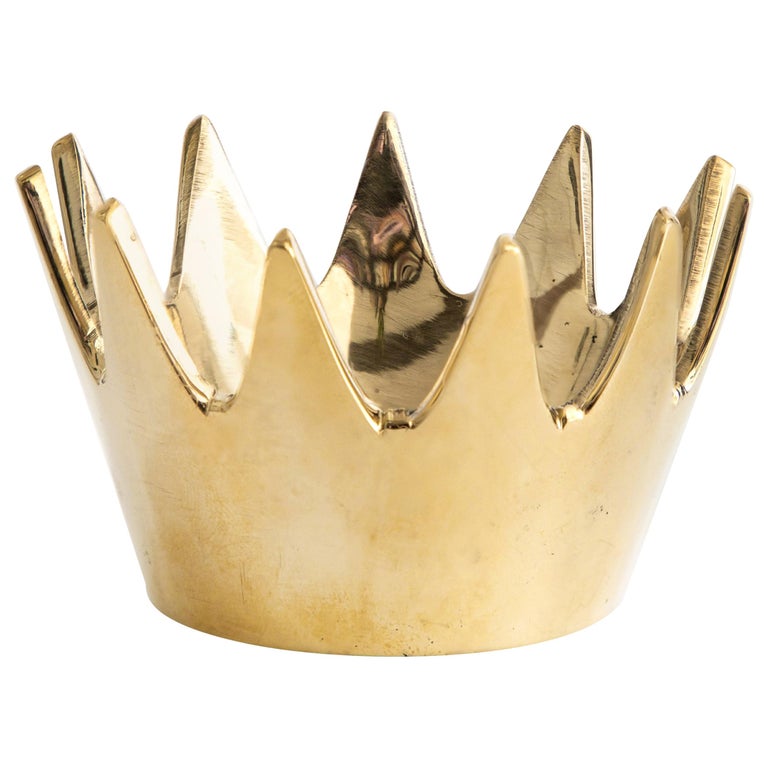 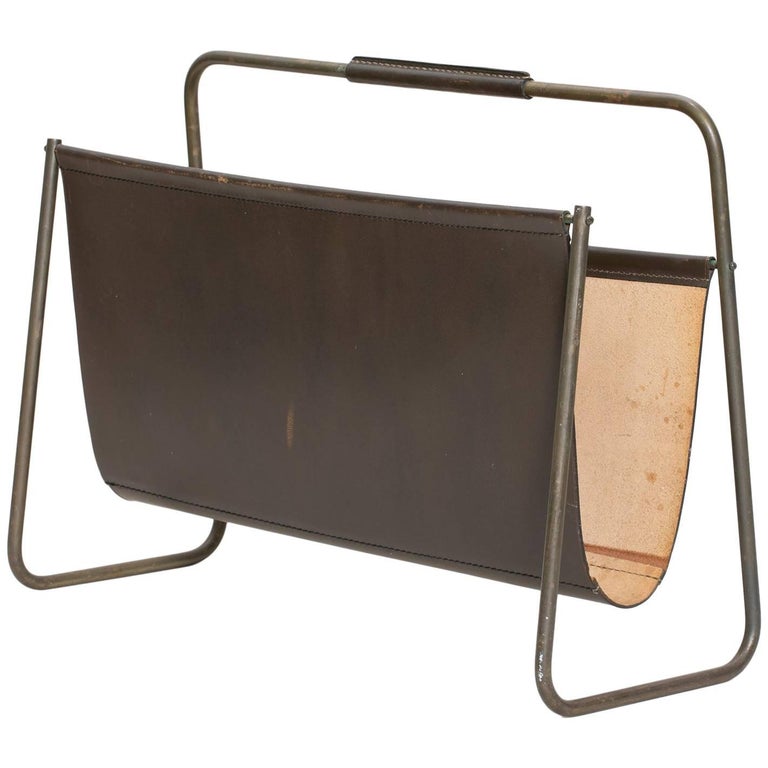 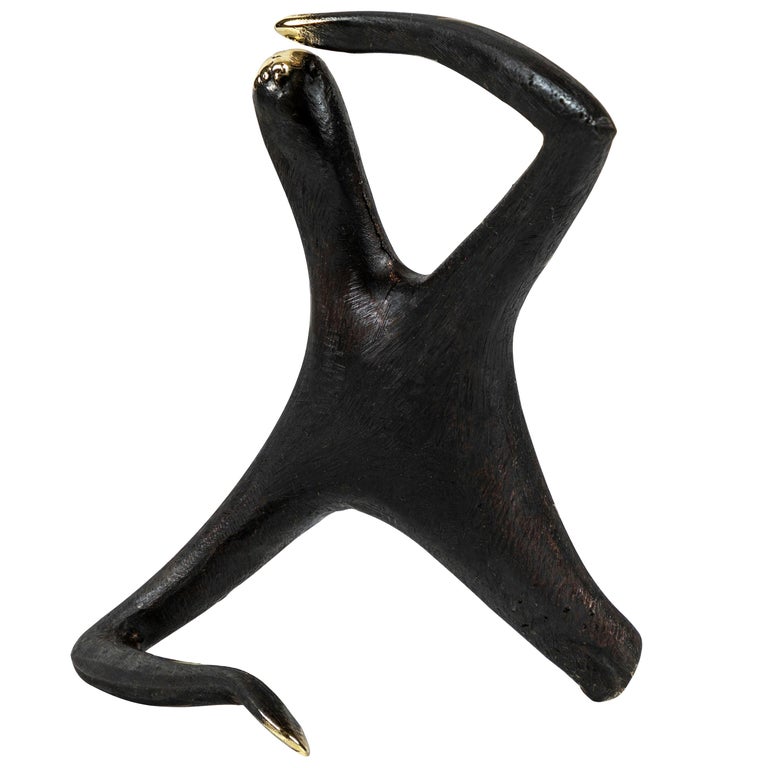 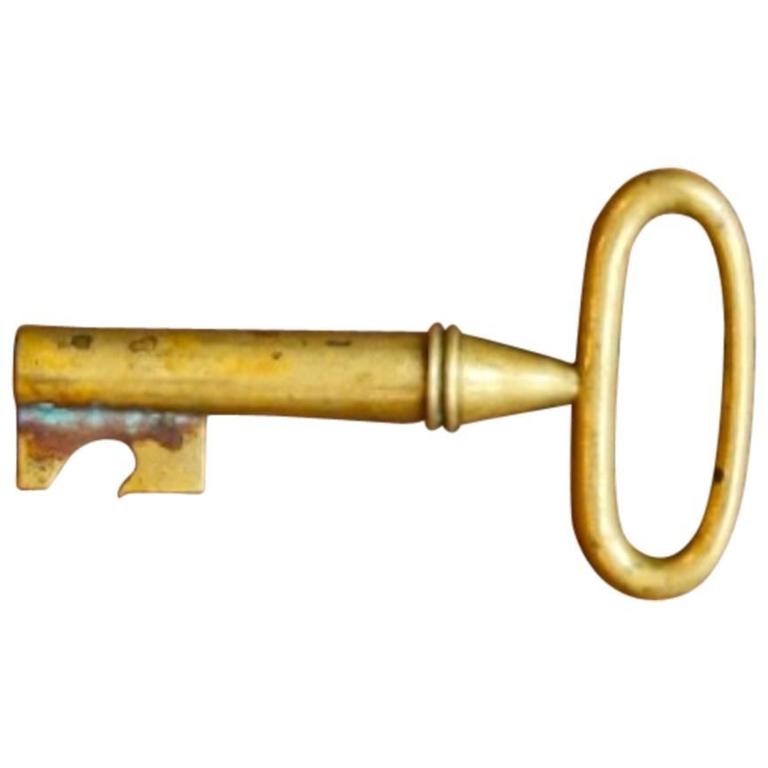 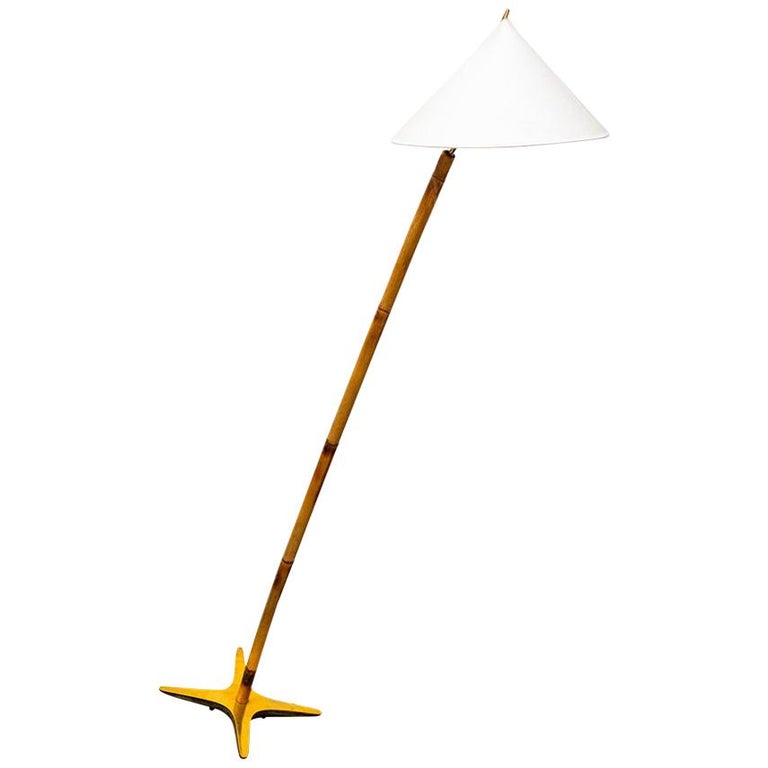 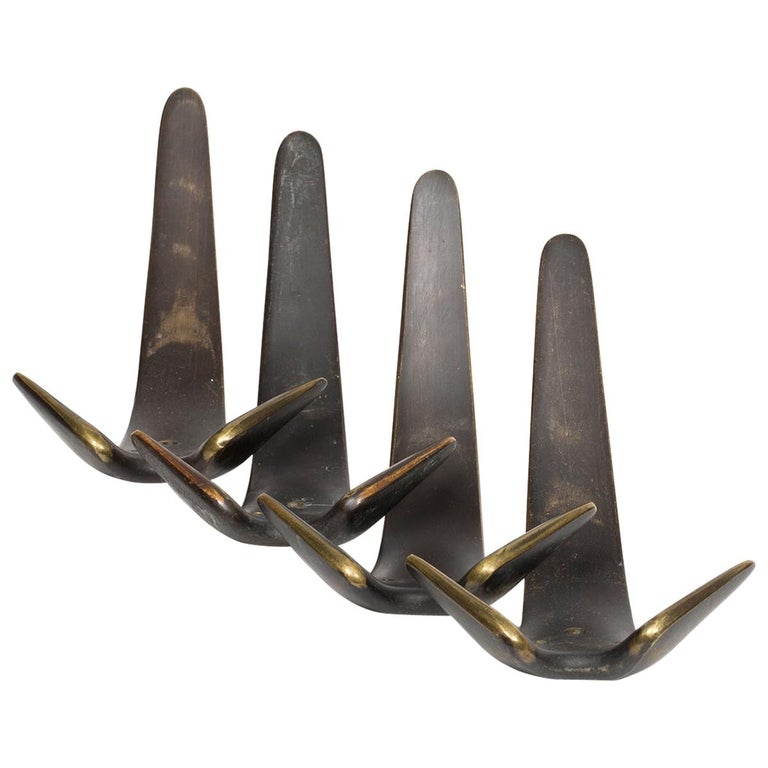 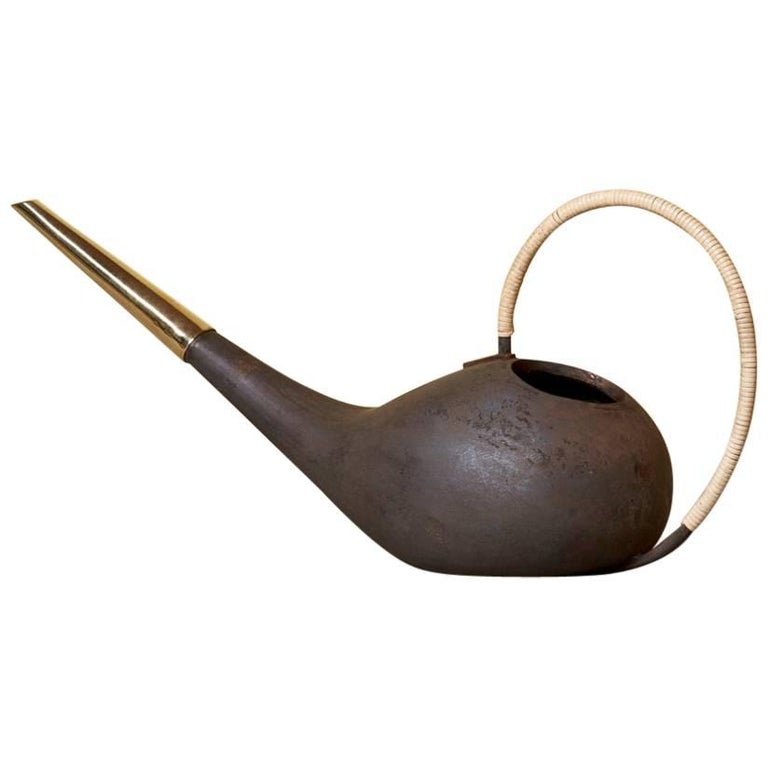 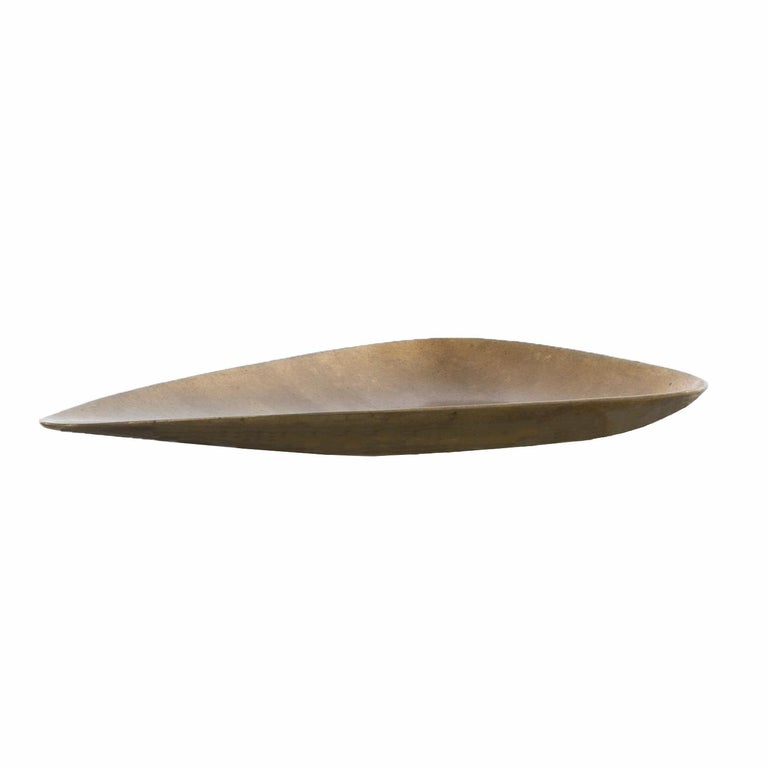 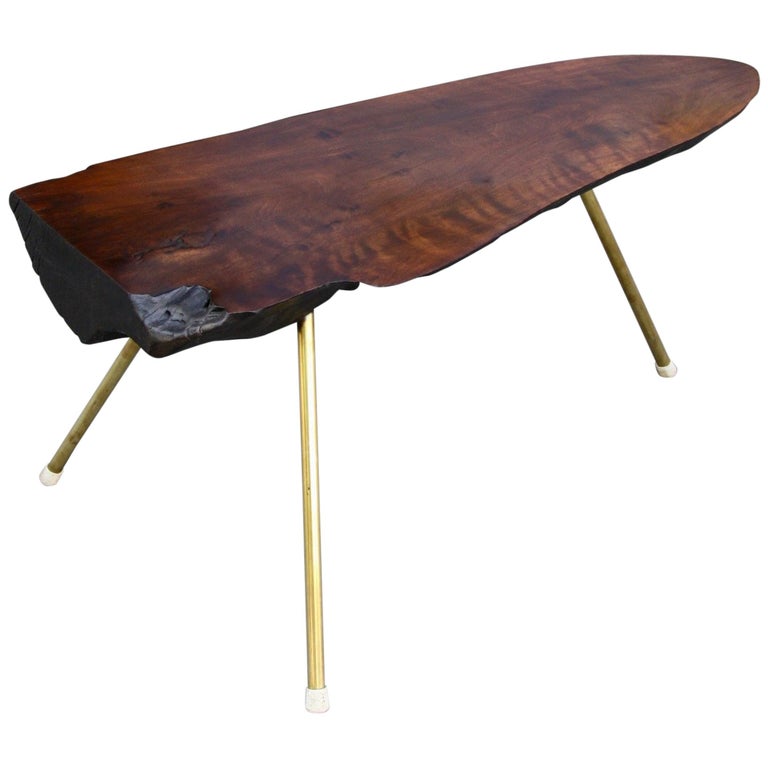