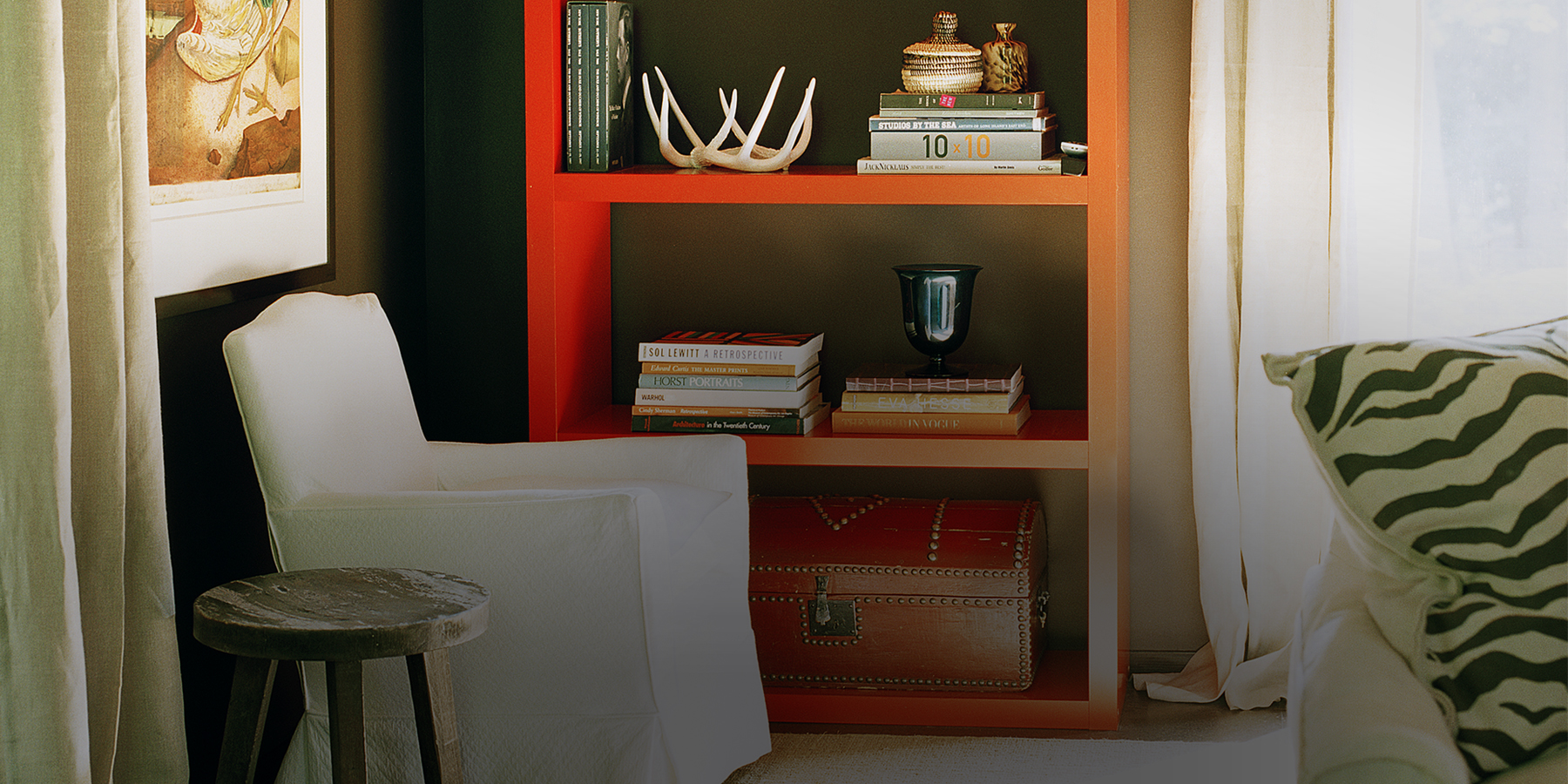 The husband-and-wife team behind Carrier and Company — the go-to interior design firm for some of fashion's top names — creates spaces that are at once glammed up and pared down, a perfect combination for the current age. 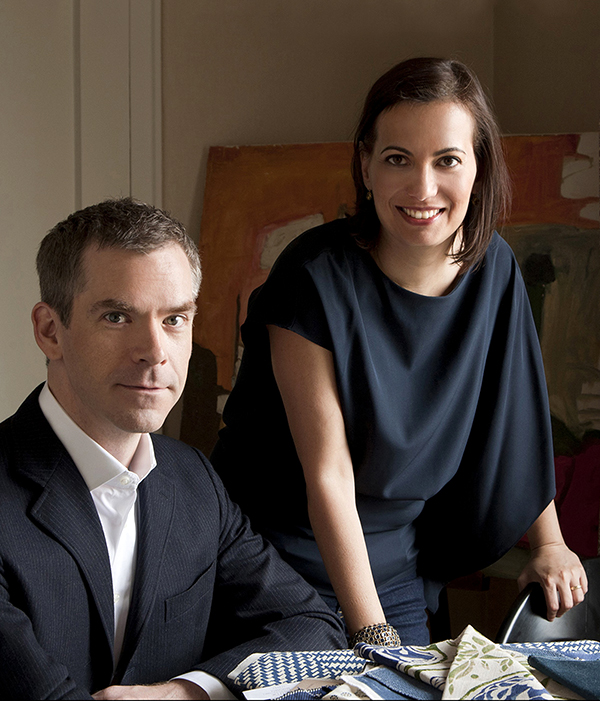 February 29, 2012Jesse Carrier and Mara Miller, the husband-and-wife principals of the interior design firm Carrier and Company. Photo by Don Freeman; Top: An IKEA bookshelf brightens a den in the Wilton, Connecticut, home of Yvonne and Jay Fielden. Photo by Ben Hoffmann.

Like many of us, Jesse Carrier and Mara Miller started 2012 with a spectacular bang. Theirs, however, had nothing to do with fireworks by Grucci. Instead, the new year brought them media attention of enviably epic proportions, including first-time inclusion on Architectural Digest’s AD 100 List, plus concurrent features in the January issues of Vogue and Town & Country. The married pair, who in 2005 founded Carrier and Company, a New York–based six-person interior design firm, seem a bit bemused by all the fuss. But the attention makes sense given the firm’s seemingly effortless ability to create rooms that are simultaneously (and oxymoronically) pared down and glammed up. It’s a look that has attracted the attention of such titans of fashion and finance as Anna Wintour, Jay Fielden, Jason Wu, Bob Pittman, Jane Rosenthal, and Catie and Donald Marron.

Hoopla aside, Carrier and Miller come off as shy, wry and irony-free. But there is nothing timid about their work. Carrier and Company interiors tend toward under-, not overstatement, yet they are as confident, distinctive and comfortable as they are restrained. The duo’s shared love of editing and ornament, of modernity and history, of diffidence and surprise, and their sensitivity to geographical context and vernacular style has made itself felt from their earliest projects. One of the first, Wintour’s dreamy, light-washed, Bloomsbury-redolent Long Island home, helped jet-propel the firm into existence. Carrier had just left Bilhuber & Associates, where he’d been the Wintour project’s longtime point person, when Wintour called to ask if he’d help her finish the house. At the time, Miller was on maternity leave from Sara Bengur Interiors. (The two are now parents of Jack, six, and Natalie Jane, 17 months.) “I was home with Jack and contemplating how to proceed after my maternity leave, and we started getting all these phone calls,” Miller says. “It was a now-or-never moment,” adds Carrier. “We thought: We’re always going to have crazy hours, but at least if we’re making our own crazy hours it can work with a family.” 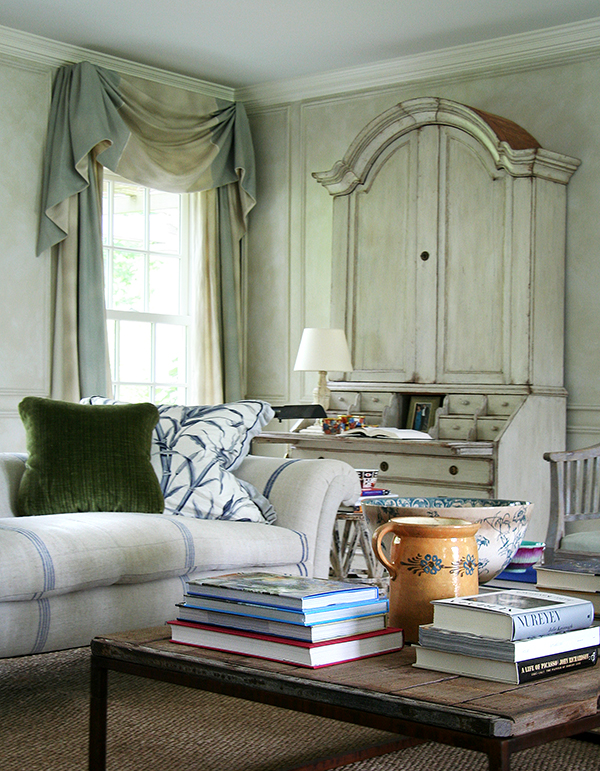 While the Carrier and Company story seems to resemble the proverbial overnight success, it actually began nearly two decades ago at New York’s Fashion Institute of Technology, where Carrier and Miller first met. Their mutual interest in residential design brought them together, Carrier says. “FIT doesn’t put a large emphasis on residential design, unlike, say, the New York School of Interior Design or Parsons. And we both wound up having internships at residential firms.” Miller adds with a laugh: “I think we were the only people at FIT who had subscriptions to Elle Decor, Architectural Digest, House Beautiful and House & Garden.”

After those internships — Miller at Ike Kligerman Barkley Architects; Carrier at Aero Studios — and graduation, the two charted parallel career paths. Hired straightaway by Ike Kligerman, Miller later moved on to Sills Huniford, Marcy V. Masterson Inc. and Sara Bengur. Carrier landed his first job at Aero Studios, then proceeded to Bilhuber & Associates. Those influences helped launch the firm on its course of all-American refinement (with a European accent).

“I think we were the only people at FIT who had subscriptions to Elle Decor, Architectural Digest, House Beautiful and House & Garden.” 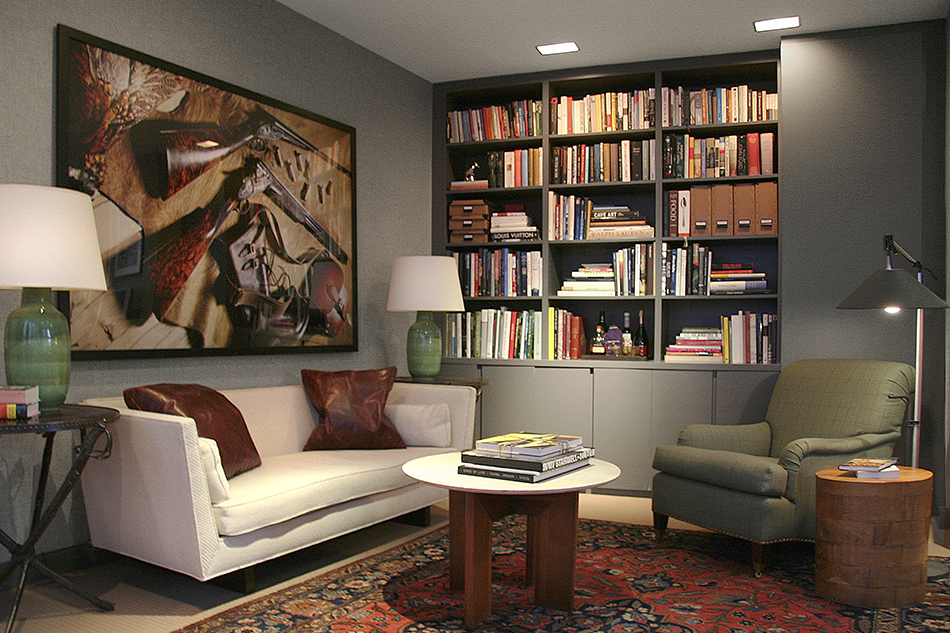 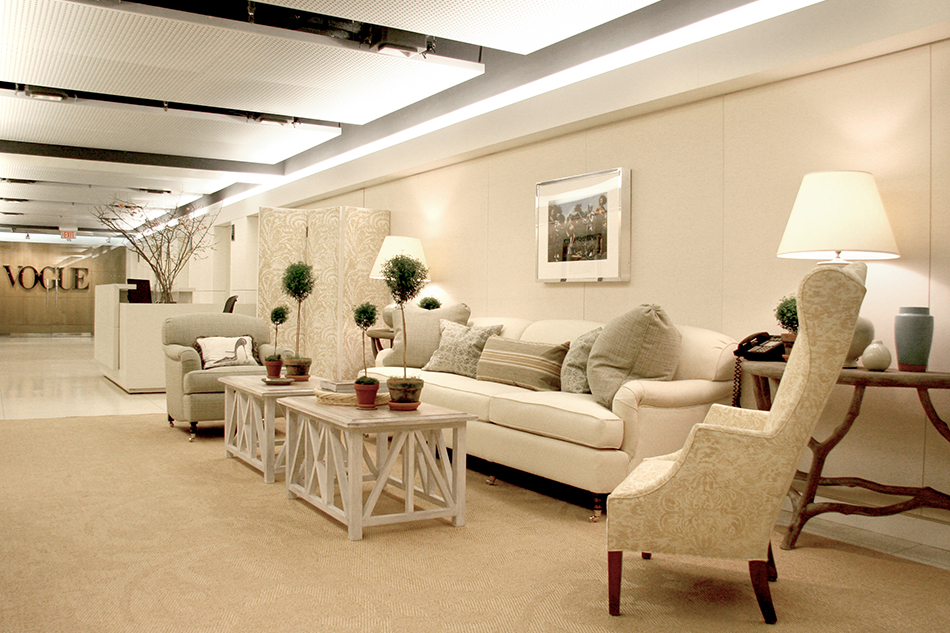 For the Vogue lobby, Carrier and Company created a light and airy space with rotating art on the walls. It stands in pronounced contrast to the more corporate-feeling, black-and-gray lobbies found elsewhere at Condé Nast. Photo by Jesse Carrier 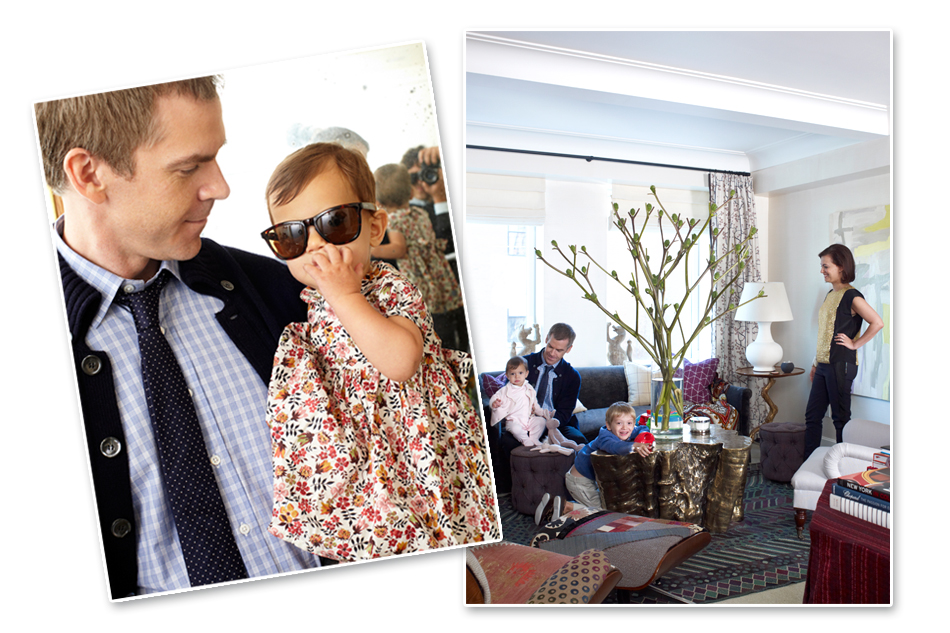 Carrier and Miller took inspiration from the indie film Igby Goes Down when designing the 2012 Town & Country Designer Visions Showhouse, where they later hung out with their kids, Jack and Natalie. Photos by Francesco Lagnese 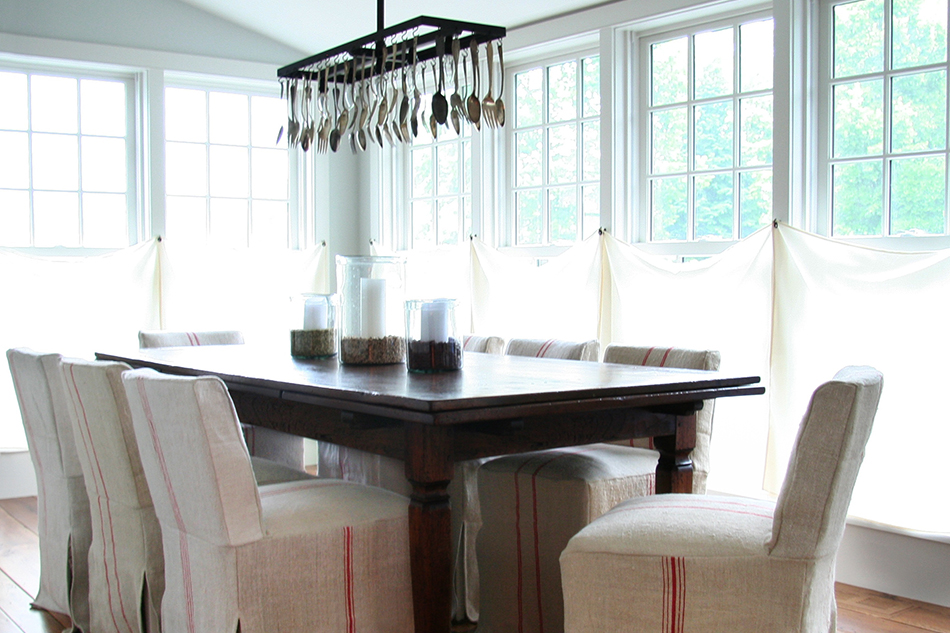 At a farmhouse in Upstate New York’s Dutchess County, the designers covered chairs in custom-made, vintage burlap slipcovers that are removable and washable for practicality; the spoon chandelier is from Interieurs in New York. Photo by Jesse Carrier 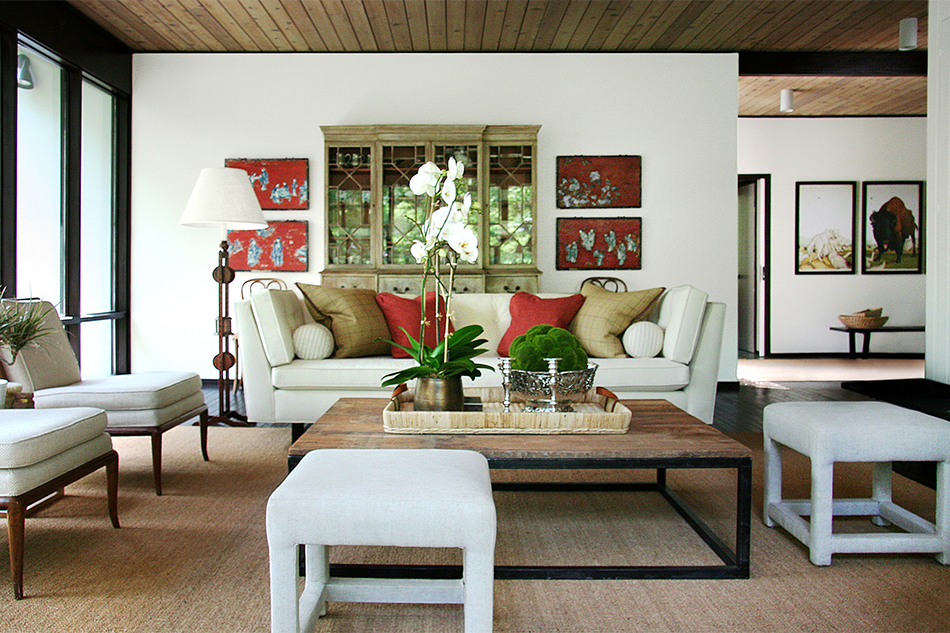 In the Fieldens’ living room in Wilton, Connecticut, the designers combined family heirlooms, including four Chinese porcelain panels and a Chippendale cabinet along the back wall, with mid-century treasures (like the T.H. Robsjohn-Gibbings chairs at left). Photo by Jesse Carrier 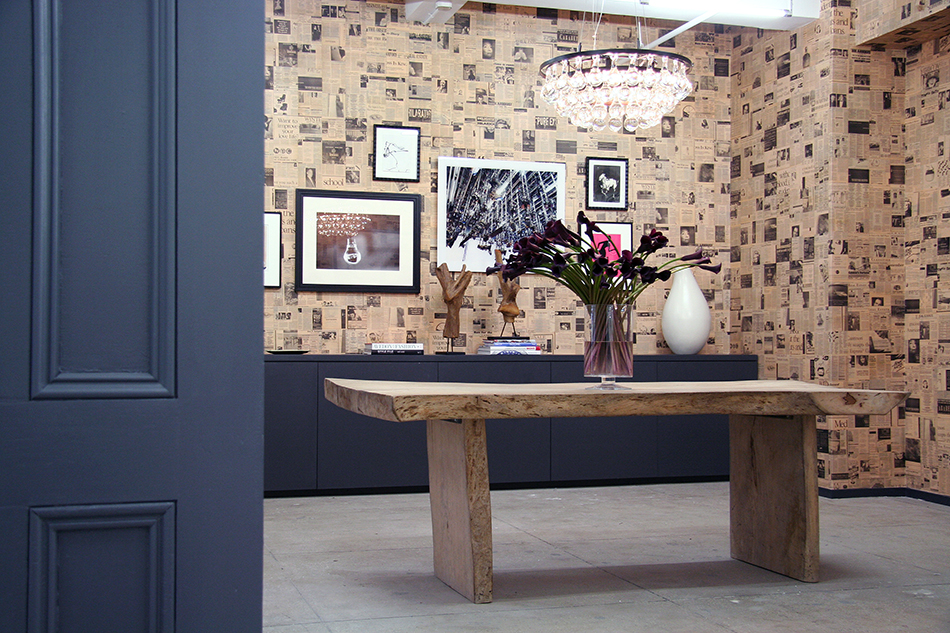 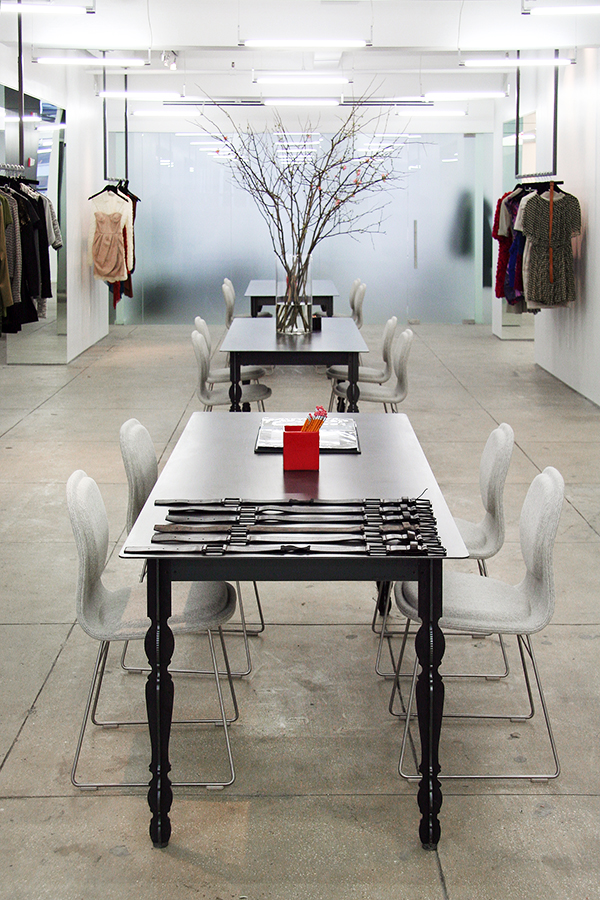 For Wu’s New York showroom, Carrier explains that “we wanted to leave somewhat of a blank slate so his collections could constantly evolve and nothing would clash with the decor.” Photo by Jesse Carrier

They’re also inspired by Billy Baldwin, Sister Parish and Frances Elkins, whose work they encountered during their student days, when they first began collecting the old decorating magazines and books that they continue to scour for pleasure and inspiration. “We like to refer back to dated materials to see what’s still chic, what made it chic then, why it is still chic now,” Miller says. “We like to look at spaces from other eras that you could move into today, even if the photos are in black and white and from 1965. We like old houses, and we like to see old things that are authentically maintained.”

Indeed, it is in old houses that the two best express their shared talent for distilling rooms to their essence. “We don’t like to strip down architectural details unnecessarily,” says Miller. They will add them when circumstances demand, as they did for a young client’s farmhouse in Dutchess County, New York, completed in 2009. The 19th-century house had survived a 1920s addition and (barely) a bad 1980s renovation. To add texture, patina and warmth, the two installed antique plank floors and burlap wallcovering — but, true to period and vernacular, no moldings. “Everything was tinny sheetrock,” says Carrier, “and this just took the din out of it.”

Jason Wu’s office and showroom, completed in 2010, reveals Carrier and Company’s lighter side. Carrier leavened the raw concrete shell’s severity and warmed up its ultra-modern elements with a touch of romance and whimsy. They installed 19th-century parlor doors, painted in Wu’s signature dark gray, to enclose the fashion designer’s office, and then wrapped the space in custom New York Observer–printed wallpaper. 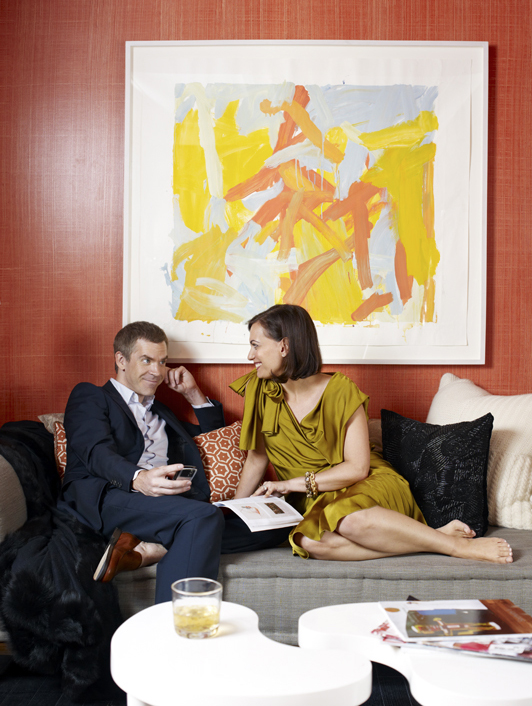 Carrier and Miller in their Town & Country Showhouse, beneath an abstract painting by one of their favorite artists, Leah Durner. Photo by Francesco Lagnese

Carrier and Miller tailor decor to suit their clients to a T, even if that T breaches their standard stylistic borders — as fashion publicist Annelise Peterson’s toile bedroom did. Says Miller, “She handed us this pink embroidered French change purse and said ‘This is who I am.’ ” A portfolio anomaly? Perhaps. But Carrier says: “What I think we do well is read our client, assess, edit and deliver.”

Miller says she uses “tough love” to balance the mix, pare the embellishments and simplify, simplify, simplify in pursuit of timelessness. “You can trim a chair to death, but those are the details that date projects,” Carrier says. A recently completed Naples, Florida, residence for Chicago-based clients with a collection of Deco furnishings and modern art shows the fresh, unusual results of such disciplined editing. “The challenge,” says Carrier, “was marrying the modern art with their furniture within the vernacular of the location and the architecture and still making it seem beach-y — and Palm Beach-y.”

Just as some couples can complete each other’s sentences, after 16 years of marriage, Carrier and Miller regularly complete each other’s design thoughts. Says Miller of a recent site visit: “All I could think about was how much I wanted the job to have painted doors and black porcelain knobs. A week later Jesse said, ‘I really want that job to have black porcelain knobs.’ We hadn’t spoken about it. We often have the same instincts. I don’t know why that is, and I don’t know where that comes from.” 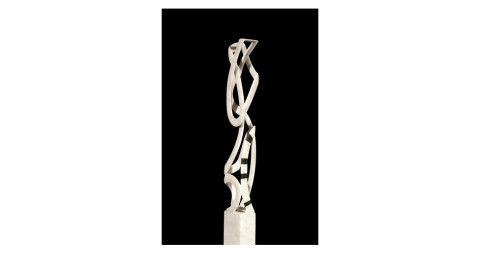 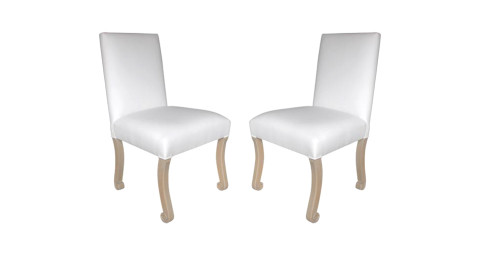 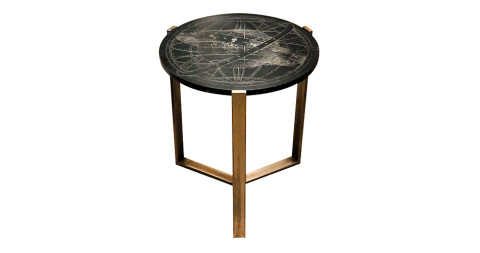 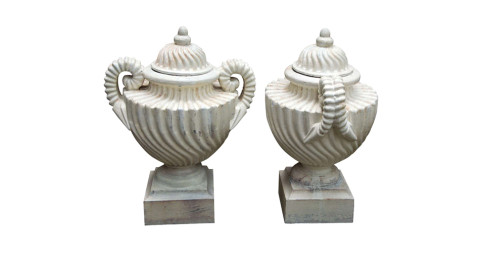 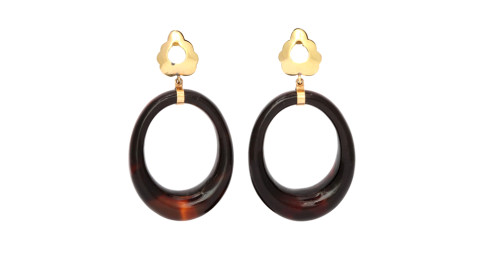