This Charleston Designer Likes to Break the Rules of Southern Style 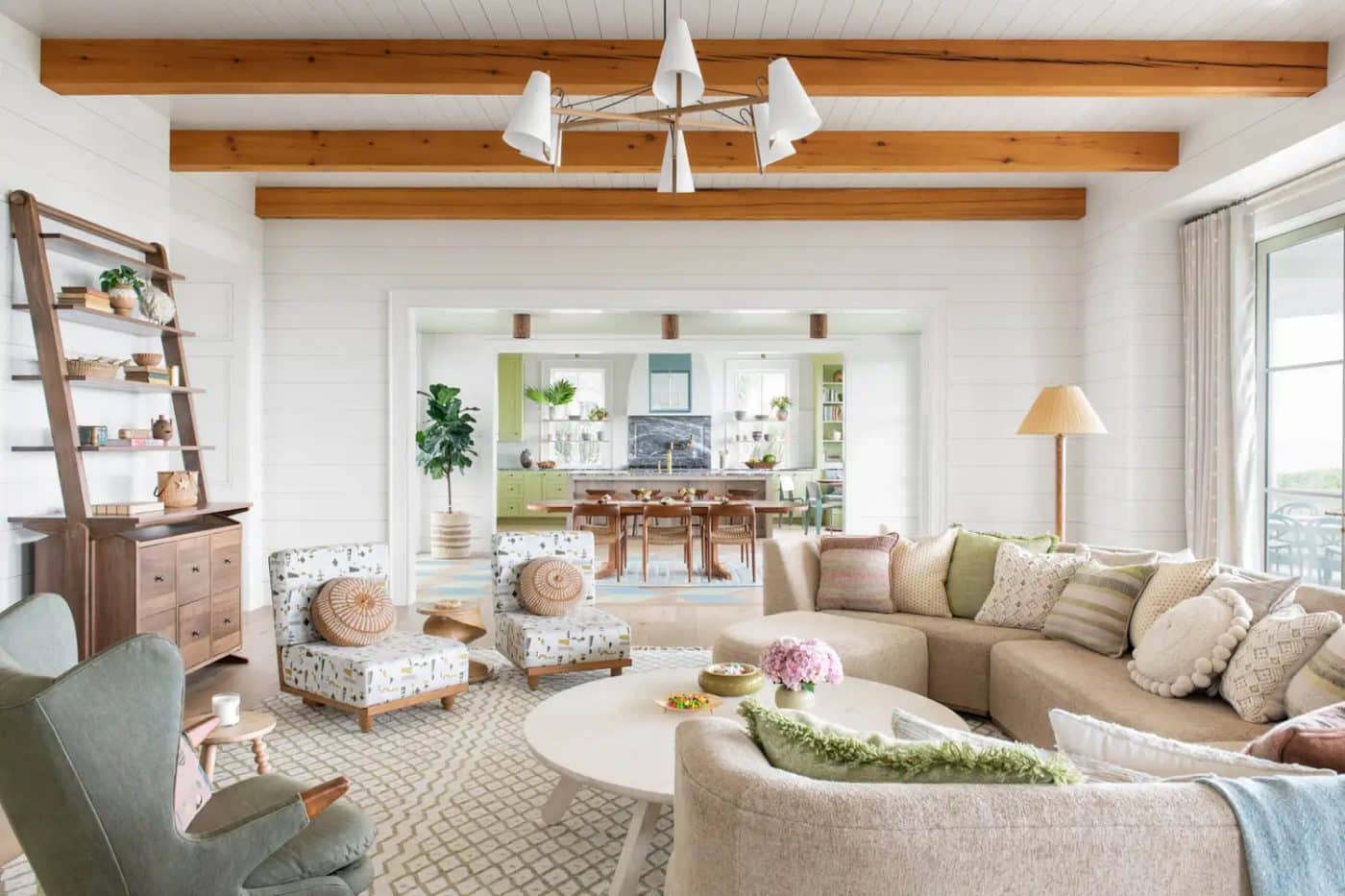 November 7, 2021Gnarly — meaning, in the surf-culture sense of the term, cool or impressive — isn’t a word you expect to hear from a prominent interior designer born and raised in the South. But when Cortney Bishop, founder and principal of Charleston-based Cortney Bishop Design, talks about interiors that excite her, she uses words like quirky, organic and, yes, even gnarly.

“I’m drawn to celebrating individualism and essentially anything that’s the antithesis of the same old, same old,” she says. “The quirk works.” The resulting combination of funky antiques, fresh colors and modern pieces gives each of her projects a joyful look and an easy, livable feel.

Bishop started her design career when she turned 30 and felt secure enough to take a leap from the corporate world into a field she was passionate about.

“I had strong influences growing up that informed my interior design style,” she says, referring to her mother, who was an interior designer, and her grandmother, a talented seamstress. When Bishop was a child, she and her family also lived in England, where she developed a penchant for Savile Row suiting. But “I wasn’t trained in any rules,” she says, noting that for her, design is all about the right mix.

Since its launch, in 2010, Bishop’s firm has handled commercial projects like Charleston’s renowned Ryder Hotel, which subverts the idea of a grand old historic property with its hip vibe, as well as residential commissions across the country. In a partnership close to her heart, she also works with Holland & Sherry on Harwood House, a line of menswear-inspired textiles that’s due to introduce its second collection in early 2022.

Introspective sat down with Bishop to chat about being a rule breaker and a style setter.

What inspires your design aesthetic?

The South is about storytelling — it’s part of who we are. Telling stories from the past in a fresh, new way is exciting to me. I’ve also found so much inspiration in other cultures and locations around the world.

What sparks your imagination?

I love to go to art fairs — like Salone del Mobile, in Milan, and Art Basel in Miami — where the artists push the boundaries of what can be created. I attend them to remind myself to be bold enough to mix things together and to go with what drives me.

Who are your favorite artists?

Georgia O’Keeffe and Cy Twombly are two artists I would love to collect someday. They’re on my wish list. Photography was what I could collect in my twenties and thirties. I have works by Sally Mann, of course, and Mona Kuhn.

Do you have a favorite furniture designer?

I’m into Roger Capron — particularly for his tables — and Bart van Bekhoven for his upholstered leather chairs. People are looking for unique pieces and mixing those with vintage finds. It’s a better story than opening a catalogue and buying the same sofa as your neighbor.

Do you have a favorite period of design?

Italy in the sixties and seventies was so sexy. If I had an apartment in New York, that’s the direction I would go. But living in the Low Country, in a historic home, I’d have to think about how I could make it work.

Where do you get your personal sense of style?

That same time period is where I find my groove. Vintage Gucci, YSL, Halston — it’s all so wearable.

I love pantsuits and men’s clothing. A silk Gucci collared blouse under a tailored men’s suit with pointed boots, that’s how I roll.

Is that the inspiration for Harwood House?

I always knew if I ever did a collaboration, it would be in textiles. When we lived in England, my father would take me with him to Holland & Sherry, where he had his suits made. Three months after my father passed away, I got a call from Bryan Dicker, president of the company. He was going to be in Charleston and wanted to come by and thank me for the business I’d given them over the years. We met, and the collection went into production eight months later. I feel like my father was watching over me. It was meant to be.

Would you ever consider living somewhere other than Charleston?

It’s hard to trade Charleston, but I could see having a little spot in the Saint-Germain-des-Prés neighborhood of Paris for two or three months. I don’t want to have a home there, I just want to immerse myself in the culture and community for more than a week or ten days. Marrakech, Australia, Greece — there are a lot of places I could live for a month or two.

Charleston has a lot of history. Do you have any favorite houses in the city?

I have the honor of bringing the Sword Gate House in Charleston back to its glory. The house was built in 1803. It’s a landmark — the carriage tours go by and tell its story. I’ve almost finished the renovation with two wonderful clients who have the vision to mix historical accuracy and modern pieces.

Is that your dream project?

Sword Gate is definitely a dream project, but I’d say any building Gaudí designed would be a total fantasy. The weirder the better. I’m drawn to quirky, collectible, gnarly. If I got my hands on one of his buildings, it would blow my mind.

In my mother’s generation, the green in the wallpaper had to match the green in the fabric. It’s been fun for us to break out and not play by those rules. We’re pushing people to be more relaxed and playful. We’re expressing a bohemian vibe in the South. Not having any rules is the best rule to have.

Is there one project where you defied all those rules and it paid off?

The Ryder Hotel, which opened in May. Most hotels in Charleston have a Low Country, acceptable style, but I took a huge risk and used bold colors that most people wouldn’t mix together — lavenders and reds, hot pinks and yellows. We threw it all in the bucket, and it turned out wonderfully. Taking the risk made it stand out, and people are still talking about it. 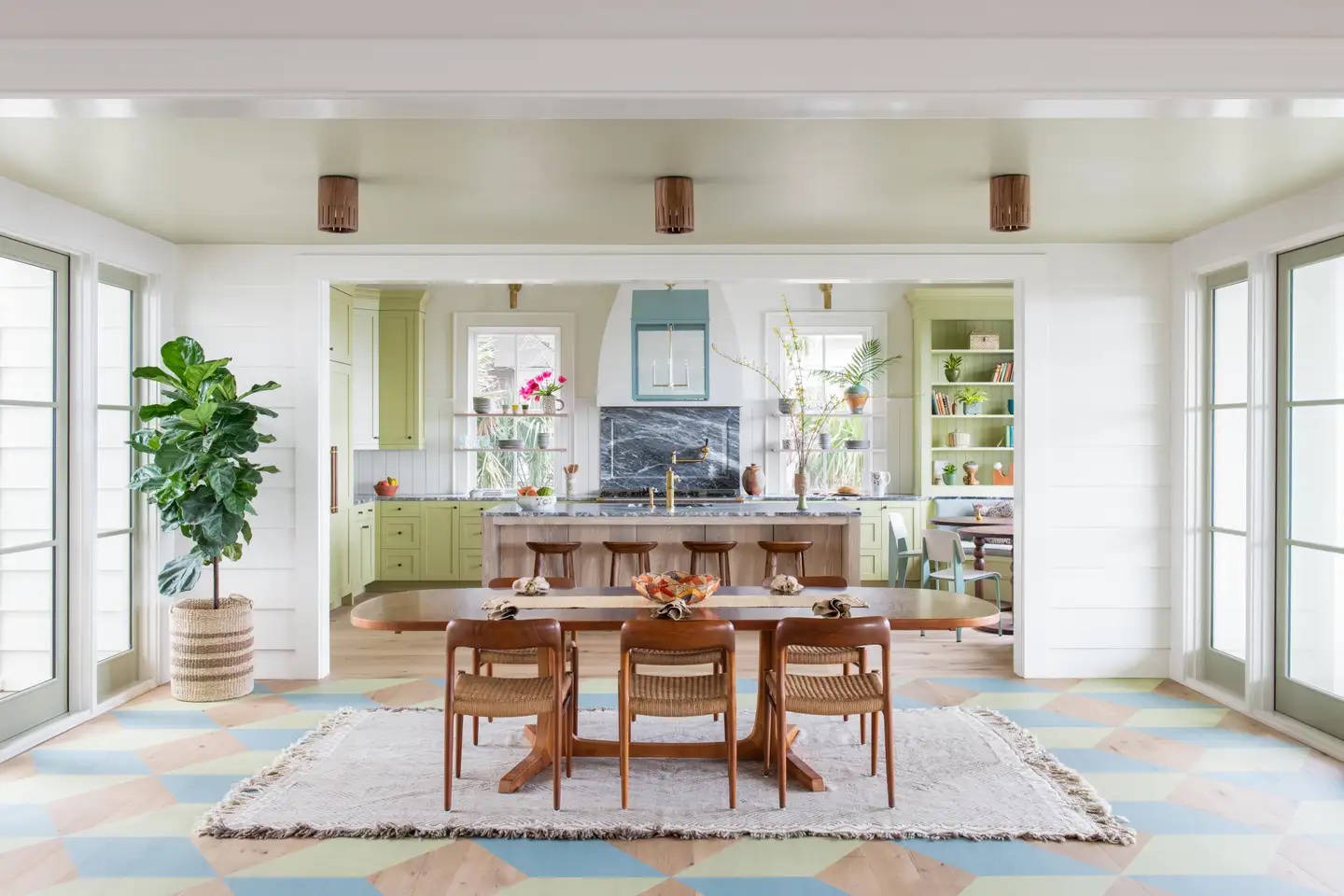