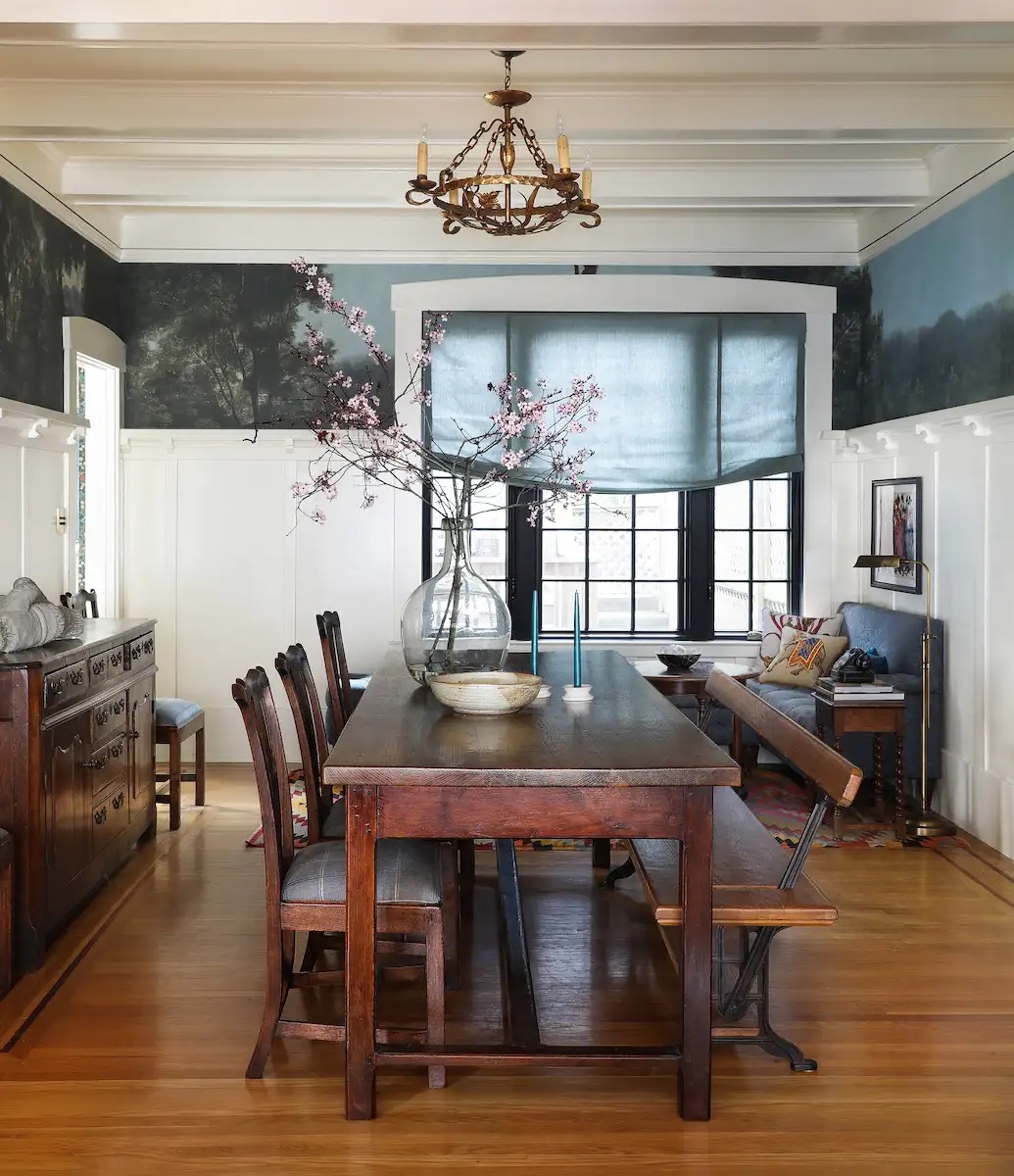 September 25, 2022There are few places Lynn Kloythanomsup would rather be than a house under construction. “I really do love that phase,” says the California native and founder of Berkeley-based Landed Interiors & Homes. “I like to hang out at the site when we get to that point.”

The daughter of a contractor, she says the education her father gave her in the trade serves her well in her current profession. “It gave me a great understanding of building methods and techniques. Very early on, he had me use tools.” And technique wasn’t all that she gleaned from the experience. “It did really instill in me a resourcefulness,” she explains, “and the joy of working on a team and figuring out solutions together.”

That said, her road to design was somewhat circuitous. She earned a degree from San Francisco State University in English literature. “I didn’t want to become a writer,” she says. “I just really loved reading.”

After a few unsatisfying copyediting jobs, Kloythanomsup decided to go for a degree in interior architecture and design at Academy of Art University, in San Francisco. Following graduation, she took a position as a project manager at a family-run upholstery workshop. “That was a crash course in getting to know a lot of the designers in San Francisco,” she says. “It’s still my favorite job I’ve ever had.”

But it was a design contest for Domino magazine that put her career into high gear. “This was in 2014,” she recalls. “It was a sort of ‘show us your space’ competition, like they used to do. And I won!” In many ways, her design for her rental apartment was a precursor of her current style. “It was a pretty eclectic mix of furnishings. I combined English antiques, like oak pieces that were either family heirlooms or found on Craigslist, with a nineteen-seventies sofa bought at auction.”

The results were published the following year. The exposure on social media garnered her a lot of attention and even calls from prospective clients. “The competition jump-started my career, for sure,” she says. “It forced me to consider working on my own.” Soon after, Kloythanomsup launched her firm.

Today, she helms a six-person team and is about to open a second studio, in New York City. In projects that range from what she calls an “urban English farmhouse” to a mid-century ski chalet to a French Normandy–style home, her team’s goal is always to complement the aesthetic of the structure they’re working on. “We really do love historic styles,” Kloythanomsup says. “We want to stay true to the architecture and honor that with the changes that we make. We’re passionate about learning traditional design and techniques.”

In fact, she is currently studying to complete a certification from the Institute of Classical Architecture & Art (ICAA). She took some time off from designing and studying to talk with Introspective about her love of woodworking, the joys of New York City and why she’s a champion of the tiled kitchen countertop.

That’s something that’s evolved for me. I really do love reading and looking through architecture books now. But when I first started, I was inspired primarily by interior design books. For example, I love Thomas O’Brien and Jeffrey Bilhuber — I have all their books. So, while I used to look to designers and magazines for interior-design or lifestyle ideas, my study has gone deeper.

Now, I’m looking more at architecture references. I love to know what everything is called — for example, all the parts of the window or a door. That’s what I’m drawn to these days. We study Gil Schafer’s interior detailing of classical homes very intimately at our office. We love that his books are full of references.

Thomas O’Brien! I first discovered him when he had his lines for Target, and he’s always been inspiring for me. He’s an amazing product designer.

We also love Josef Frank. As a firm, we’ve fallen in love with the Scandinavian aesthetic Frank embodies. Pieces are simpler, but they still fit in a traditional or classical setting. That said, they’re whimsical and fun and use pattern.

Our team is also into following people in the woodworking community. A lot of their pieces reference Shaker techniques and shapes. It’s about the materiality, the wood species and the construction. I love talking shop about that. I’m like, “Oh my God, you use a hickory wood and rawhide for the webbing of a seat?”

Another favorite is George Nakashima, for the same reason: the woodworking culture. I think it’s a call to the land and to understanding trees. A lot of the people we deal with have a great relationship with what grows here locally or wherever they are, and aesthetically, the pieces really showcase the material.

What is your favorite design period?

I love mid-century design, even though we mostly work in classical architecture. It’s just very clean and subtle, and I’m drawn to very simple things.

Do you have a personal style icon?

We are big fans of Ilse Crawford. We love her philosophy and everything her studio puts out. It feels like her studio is a nice community as well. The designers spend a lot of time thinking about how people react to and move through spaces. Their work is subtle and very considerate, but it can also be fun. For example, she’ll use red lamps or large-scale objects.

Do you have a favorite historic house?

I’d say a hotel and pub called the Gunton Arms, in Norfolk, in the UK. It’s like a mini–Downton Abbey, although it’s in one of the outbuildings, so it’s not like you’re in the abbey but, like, maybe one of the workers’ houses.

It feels very British inside, partly because it’s so layered, due to Robert Kime, who designed the bedrooms and the interiors. It has a restaurant, and the first thing you notice is this eclectic mix, because the owners have a really contemporary art collection that includes artists like Tracey Emin, Damien Hirst and Lucian Freud. I just love that place!

If you could live anywhere in the world, where would it be?

I can only speak for right now, because it changes every day — every time I go somewhere, I think about living there. We’re currently in the process of opening an office in New York City, and I’m definitely drawn to the city and Upstate New York. It’s such a mix of so many people from many places. It’s so diverse.

Living in California and San Francisco, you’re still a little separated, because you’re in your car all the time. You can choose the people you interact with. You don’t have that choice in New York City. You’re just among everybody, and that can be really beautiful — there are a lot of chance opportunities that come to you that way. And my friends there are all different ages.

I really like the tiled counter, although I don’t think a client would ever go for it. We wouldn’t do it in, say, a kid’s bathroom but maybe a low-use area like a pool house kitchen. It appeals to me because I love the opportunity to tile a whole room — it’s like a full-commitment thing. I quite like that. Hopefully, somebody will take me up on it!

We have a really good team in place. We’ve grown exponentially every year, and it’s been really nice. I never imagined having a team of six when I started seven years ago. But we want that to keep going. We don’t want to be a huge firm, but I like having the support, the comradery and the ideas that flow.

Our firm is now called Landed Interiors, but it was just my name originally. Landed refers to the fact that we like the natural materials and landscape of California and also to the idea of our clients’ owning land. Once we started growing, I wanted to make room for other people and to think about the future of our firm. I wanted something that could live beyond me. 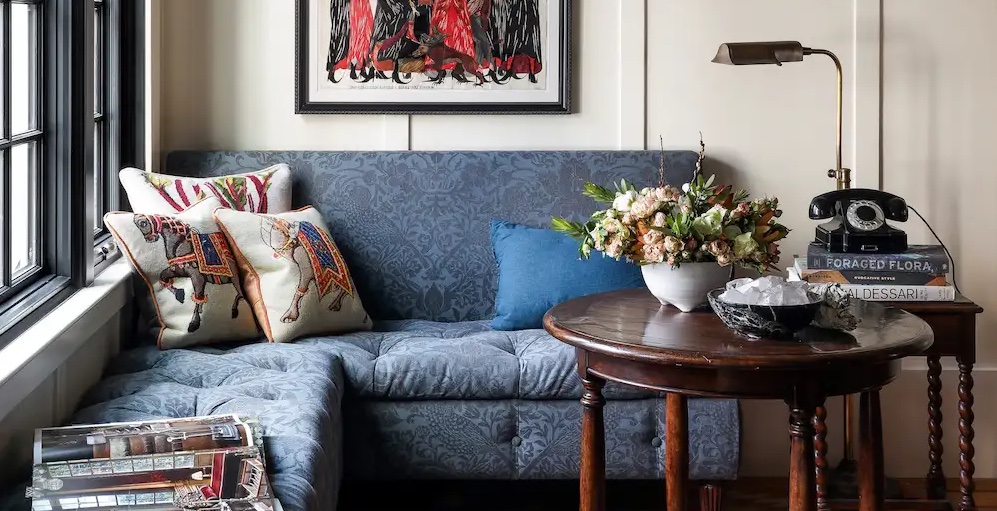