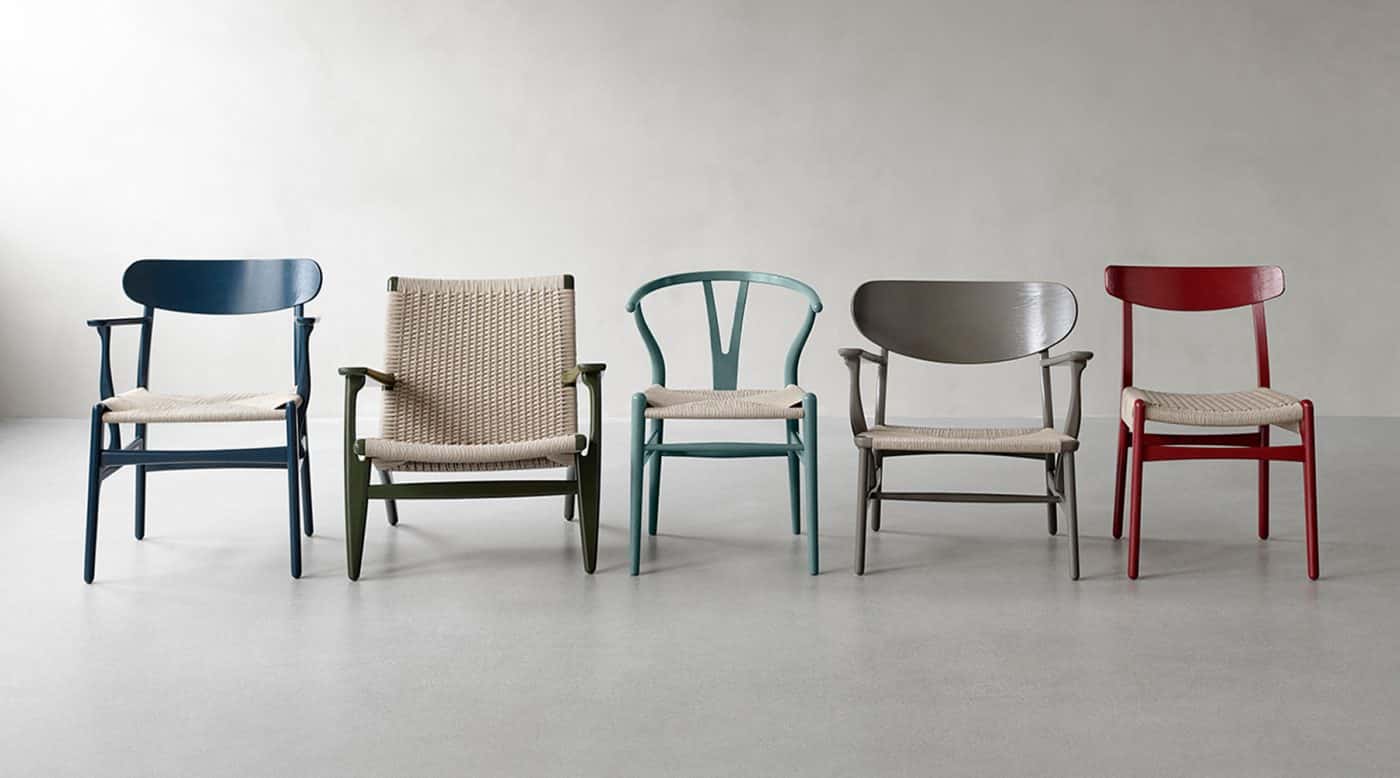 June 13, 2021Contemporary British designer Ilse Crawford never met the mid-century Danish furniture maestro Hans J. Wegner. But she shares his focus on designing pieces with real-life applications, keeping the user at the heart of every creation. “I have always liked that, in some way, his furniture is an extension of the human being,” Crawford says of Wegner. Since founding her product and interior design company, Studioilse, in 2003, she has adhered to a philosophy of humanistic design in all her work and collaborations, the latest of which, not coincidentally, involves some of Wegner’s best-known masterworks.

Crawford was raised in West London. The daughter of a newspaper editor and a Danish artist and pianist, she grew up surrounded by her parents’ vibrant circle of friends, a mix of free-spirited artists, writers and intellectuals.

After university, where she studied the history of architecture, Crawford followed a career path that led her to design journalism. In 1989, at only 27 years old, she became the founding editor of the British version of Elle Decoration. The magazine achieved a quick success that can largely be chalked up to her penchant for humanizing the interiors she chose to spotlight. The homes she featured weren’t perfect; they were refreshingly (and, of course, stylishly) lived in.

After nearly a decade at its helm, Crawford left Elle Decoration in 1998 to work for Donna Karan. She soon moved on, taking on interior design projects through her own studio. Today, Studioilse’s creations range from a 30-piece furniture, tableware and lighting collection for IKEA to Ett Helm, a 100-year old Stockholm house she converted into a boutique hotel.

Crawford brought her long-held people-centered philosophy to her collaboration with Carl Hansen & Søn. The Danish furniture manufacturer tapped her to reinterpret five of Wegner’s iconic seating designs in five entirely new colorways, for a total of 25 chairs, which are offered exclusively on 1stDibs.

The originals were among Wegner’s initial designs for Carl Hansen & Søn. The now-classic CH24, which Wegner introduced in 1949 and is popularly known as the WISHBONE CHAIR, served as one of the models for this limited-edition collaboration. Others were the CH22, CH23, CH25 and CH26. All are still made to the same standards that have characterized their production since their inception, with handwoven paper-cord seats and wood frames crafted into ergonomically suited backs and armrests.

Crawford chose eco-friendly paints in five colorways — Seaweed, North Sea, Pewter, Falu and Slate — that would allow the pieces’ natural oak grain to show through. Her goal, she says, was to instill “warmth and energy without trying to be trendy.”

Wegner’s mid-century chairs continue to be sought-after and remain staples in interiors worldwide. Crawford’s palette, informed by the “actual colors of nature,” as she puts it, ensures that they will remain classics for the next 70 years and more.

Introspective spoke with Crawford about her inspiration for the color choices, how she begins a new collaboration and what she discovered in her work with the Wegner estate.

1. You’ve collaborated with a wide array of boundary-pushing companies. How do you approach new projects?

Every project is an opportunity to take a deep dive into who our clients are and to extract their essence. It’s exciting to look at how we can translate this into a new reality. With Ett Hem, a hotel in a house built in 1910, we updated the values of the Swedish Arts and Crafts to the twenty-first century, taking the notion of cultured domesticity and creating a space that accommodates all sorts with beauty, ease and warmth.

With IKEA, we were impressed by their highly developed systems and expertise, and their ambition to “bring a better life to the many people,” as they say. Would it be possible to make familiar, functional, good-looking furniture that was part of their main range using sustainable natural materials?

It took three years, and in 2015, IKEA launched the Sinnerlig range of more than thirty pieces in cork, jute, bamboo, hemp, acacia, ceramic and glass.

2. The design of these Hans J. Wegner chairs has remained consistent for decades. How does your use of color bring them into the twenty-first century?

Hans Wegner’s chairs are still as relevant as ever. To be in any way associated with him is a huge honor. It is always a challenge dealing with a masterpiece. However, what is topical about this color palette is not only the exercise in coloration in its own right but also that it is a way to minimize waste. On the oak chairs alone, because of subtle color variations, each year approximately twelve thousand chairs might be wasted if they weren’t painted.

The environmentally friendly gloss paints are water based, which means a ninety percent reduction in volatile organic compounds. I hope Wegner would appreciate this.

3. How did you land on the palette?

We worked with colors inspired by the Abstract Expressionist paintings of Danish artist Per Kirkeby, a former geologist. His colors were inspired by the rocks, the sedimentation, the minerals and earth that make up the Danish landscape.

These are not “nice” or trendy colors but ones that have their own truth. We believe these subdued and muted tones will resonate with current values and can add depth and complexity to any interior.

4. One of your parents was a Danish artist. Does that inform any connection you feel to Carl Hansen & Søn?

No doubt. In fact, my mother was from the Faroe Islands, so maybe that’s why I’m drawn to rocks and Per Kirkeby. But I always feel very at home in Denmark. As a female designer, it is really refreshing to work in a country with zero gender bias.

Also, over the years, Studioilse has worked together with Carl Hansen & Søn very happily on several interiors projects, including the Cathay Pacific airline lounges.

5. There is so much richness in Carl Hansen & Søn’s technique and craftsmanship. Did you discover anything unexpected while working on this project?

Carl Hansen & Søn — and their team — are as conscientious, transparent and trustworthy about their manufacturing standards as you might imagine. One surprise was that all decisions relating to Hans Wegner’s pieces are still controlled by his daughters. One often forgets the importance of family in relation to maintaining the standards and integrity of designers’ estates.