Who says the only disruptors work in tech? During fashion weeks around the globe, the Autumn/Winter 2016–17 runways buzzed with their own kind of rebellious energy, from Yeezy’s athleisure looks to the homage by Moschino’s Jeremy Scott to the 15th-century Bonfires of the Vanities. Of course, to some, “disruption” may sound like another way of saying “purging last season,” something fashionistas are known for. But the handful of designers seen here went far beyond that, shattering notions of dressing in such provocative ways they sent the industry reeling. Using these designers as a jumping-off point, Introspective gathered a few choice items made by creative disruptors working in a variety of mediums, from modernist furniture masters to Surrealist artists. 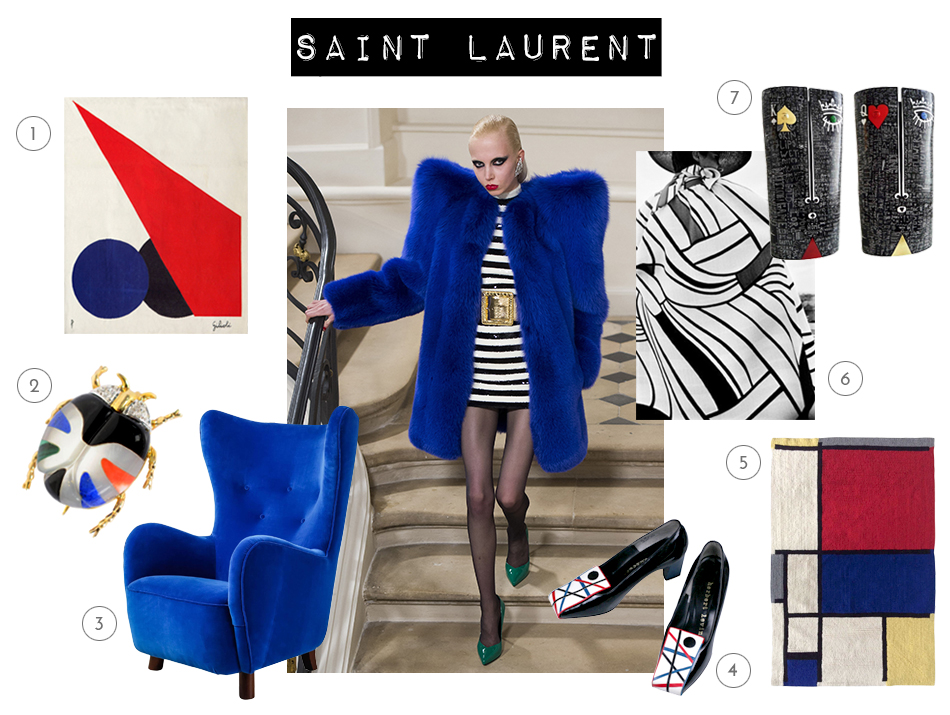 In Paris, Hedi Slimane, late of Saint Laurent, boldly went where Yves had gone in the 1960s and ’80s, providing a shock to the system, with aggressive angles and primary colors that are ahead of the fashion curve. 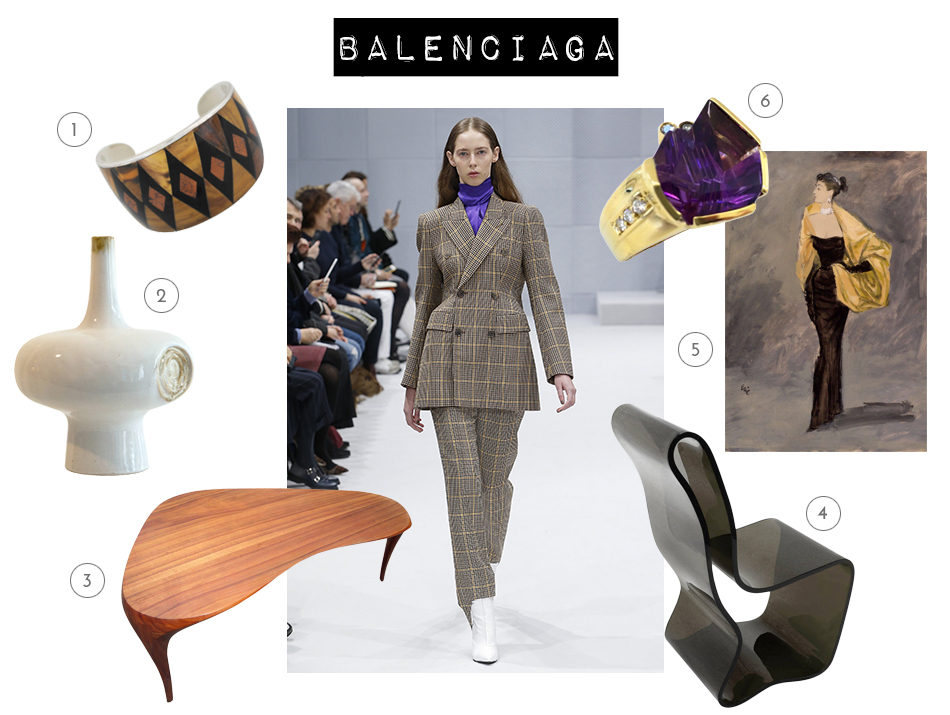 Demna Gvasalia’s Paris debut provoked a Twitter frenzy when he sent models down the runway in masterfully tailored coats and skirts that seemed to move away from the body, thus upending the sculptural forms and serene norms of Balenciaga. 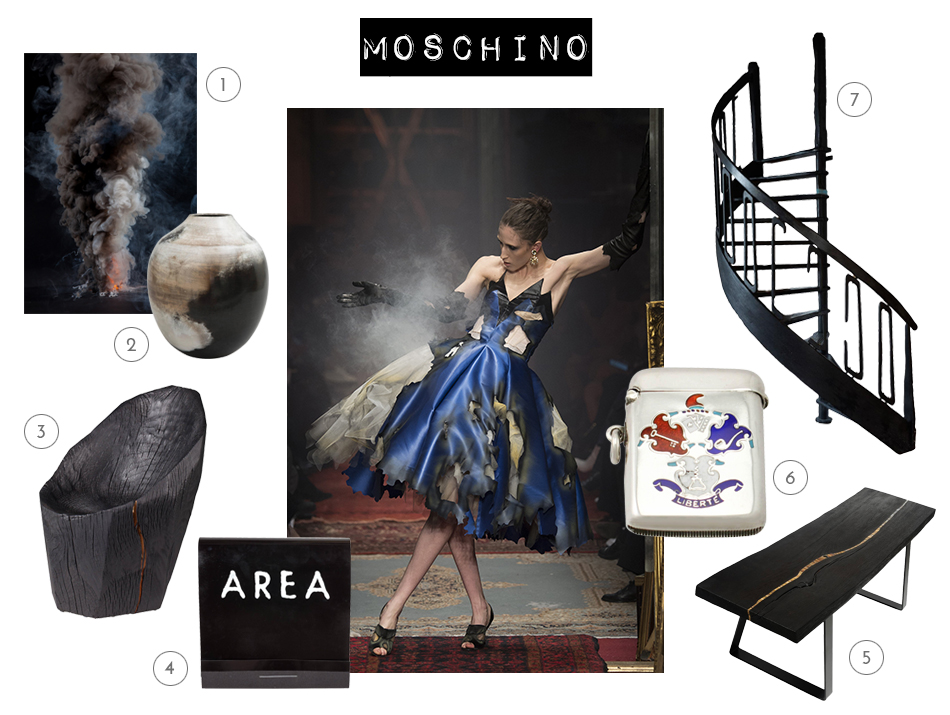 Literally creating beauty from ashes, Jeremy Scott unveiled in Milan a subversive collection of evening dresses charred with burn marks that accentuated Moschino’s tradition of wit and parody. It’s a Bonfire of the Vanities, redux. 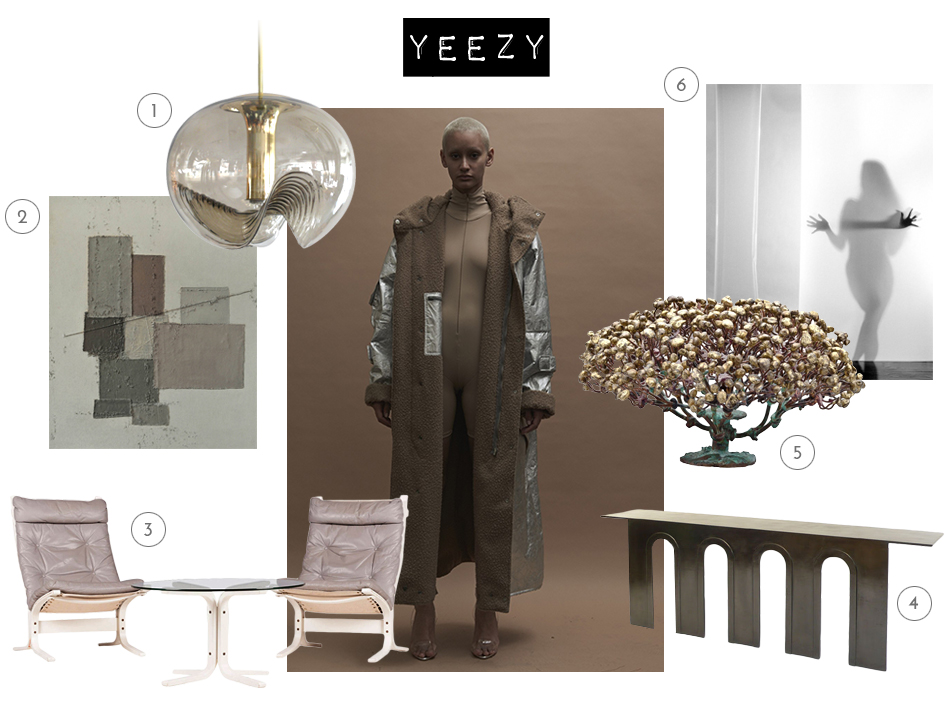 In New York, within the vastness of a Madison Square Garden awash with the sounds of Kanye West’s latest album, The Life of Pablo, stood a serene tableau vivant. West’s clothes? Distilled, essential, quiet, earthy. 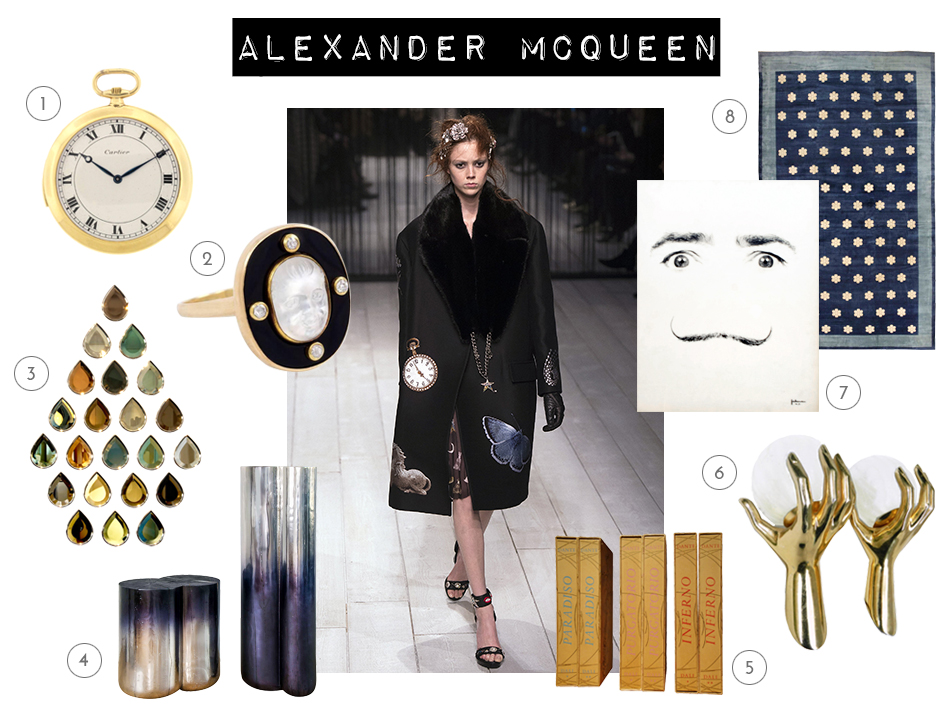 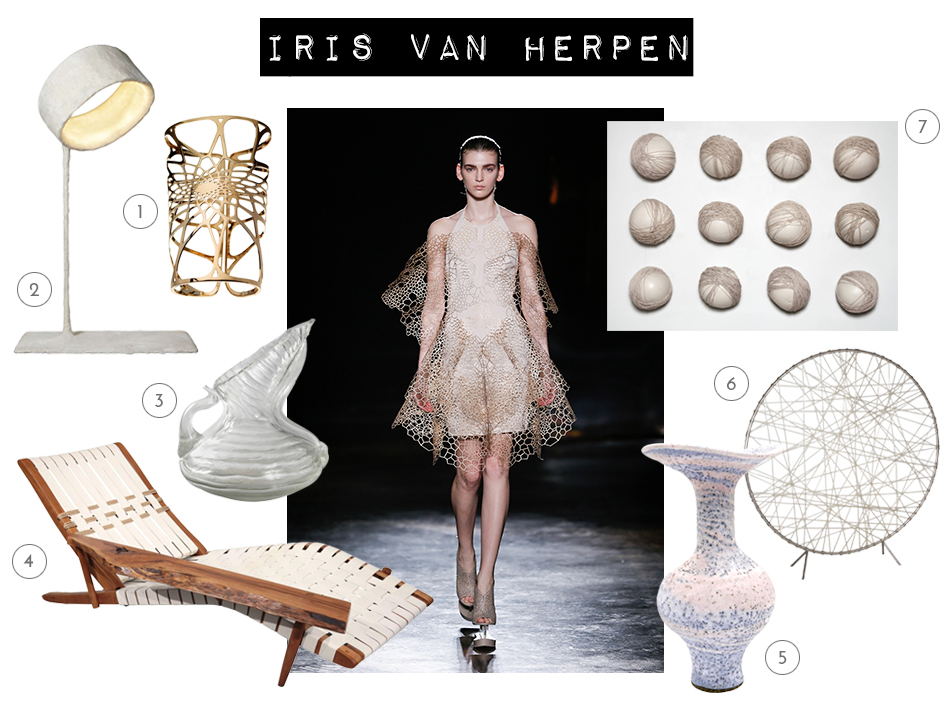 Engineering fashion’s future, Iris van Herpen experiments with new forms created by laser-cutting and hand-weaving state-of-the-art materials. As she displayed in Paris, her way forward is the sublimely human path of a post-disruptor.