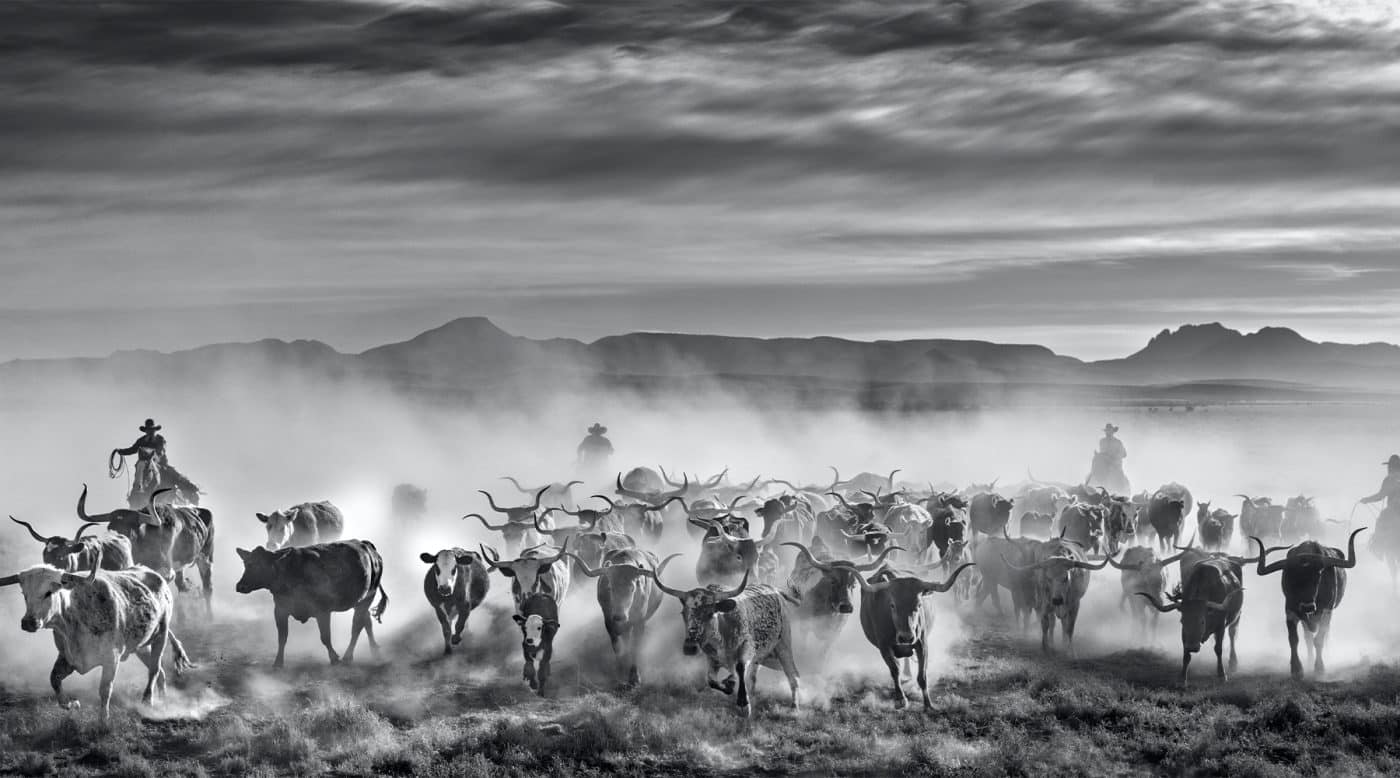 November 28, 2021In August, British photographer David Yarrow found himself face-to-face with an enormous Alaska Peninsula brown bear. He steadied his river boat and took his shot, capturing “the big brute,” as Yarrow described him, just as he ascended the river bank to stand on a pebble beach before a snow-capped mountain range.

“It really is the final frontier,” Yarrow gushes a week later in a telephone interview. “It’s very difficult to get a picture of a big bear with the habitat that defines it right behind it. We spent a lot of time up there, and we failed day after day after day. It can be quite disheartening. But we finally got the picture.”

Yarrow is one of the world’s most successful art photographers, creating work whose aesthetic is equal parts Ansel Adams, the Coen Brothers and Mario Testino. He has spent the last year working in America, taking pictures of the Southwest: Grand Teton National Park, in Wyoming; California’s Santa Clarita Valley; and the mountains of western Montana.

Toward the end of the summer, he started scouring northwest Alaska for a big bear with his mountain guide, Connor Ketchum, and his photo crew, continuing until he got exactly the shot he wanted.

That image, titled Pebble Beach, is one of his personal favorites among those he’s selected for his current exhibition, “Changing Lanes,” at Maddox Gallery in London, which runs through January 5 and comprises around 60 works.

It’s been two years since Yarrow last showed with Maddox, and in that time, in spite of a worldwide pandemic that kept most of us tethered to our computer screens and trapped in Zoom meetings, he has been surprisingly active in the great outdoors.

“He used the lockdown period to go and create this extraordinary body of work in America,” says Jay Rutland, Maddox Gallery’s creative director. “It really does showcase the greatest breadth and variety of works that we’ve seen so far from him.”

It might be one thing for a photographer to go off on his own to the wilderness and capture such images. But Yarrow almost never works alone. His shoots can require crews of 50 to 100 people — everyone coronavirus-tested, he says — and the cost of setting up on location can range from $10,000 to $100,000 per day.

“We’ll have smoke machines and lighting equipment, and we might have cattle or horses or Tamaskan dogs as stand-ins for wolves” he explains.

Since Yarrow was added to its artist roster about five years ago, Maddox has held regular exhibitions of his work in its locations in London, Los Angeles and Gstaad, Switzerland.

“Each one of them has been different, and each one has been incredibly successful,” Rutland says. “It’s always for us one of the exhibitions in our calendar that’s created the most buzz, and that we’ve seen the most success with sales — often we’ll sell out the full edition of twelve immediately.”

Part of the reason for that success, Rutland believes, is the extraordinary range of work that Yarrow produces. He’s as well known for his impromptu black-and-white wildlife shots of elephant herds, penguins and pandas as he is for his staged photographs of supermodels Cindy Crawford and Cara Delevingne acting out cinematic scenes with a cast of fictional characters in period garb.

Born in Glasgow, Scotland, in 1966, Yarrow began his career as a newspaper photojournalist. At age 20, while covering the World Cup football finals in Mexico City, he took a single shot of Diego Maradona holding the trophy that instantly became world-famous. Although his talents were in high demand for sporting events, Yarrow chose to go in another direction. On the advice of his father to “get a real job,” he left photojournalism and moved into finance.

Yarrow spent nearly a decade working for hedge funds in London and New York, eventually opening his own London-based fund, Clareville Capital, in 1995. All the while, he continued to take pictures, largely as a hobby. This calling took him to distant and exquisite locations where he could photograph to his heart’s content — with no pressure.

When he finally decided to become a full-time photographer again, he had a built-in fan base. “David has a great collector set,” says Rutland. “He’s hugely popular in the hedge fund and financial world — because half of them know him because of his background — but he’s also built up this collector base from the sports world and the ultra-high-net-wealth world.”

Particularly popular with the financial set, says Rutland, was his “Wolves of Wall Street” series of 2019. It depicted an office bacchanalia, performed by models and real wolves, inspired by the frenzied trading-room scenes in Martin Scorsese’s 2013 movie The Wolf of Wall Street. The film itself was based on the life of penny-stock seller and convicted felon Jordan Belfort, and for fun, Yarrow included the real Belfort in one shot. It reportedly sold for more than $200,000 at Art Miami.

Yarrow’s most recent series, “The Wild West,” contains certain echoes of the “Wall Street” series — like the centrality of that wolf-like Tamaskan dog — but it might be mistaken for a collection of film stills from a classic American Western film, updated with contemporary pop stars like Ciara, actors like Ryan Marshall, football players like Russell Wilson and Native American sitters like Lakota Chief John Spotted Tail.

“I’m very prompted by film,” Yarrow says. “If we’re shooting in Telluride, in Colorado, I’ll be thinking of Tarantino’s The Hateful Eight, because that’s where it was filmed. When I’m trying to create a sense of place, I’m a romanticist, so I want to glorify places without giving in to a giddy sense of sentimentality. I do find myself drawn to wider pictures — because the wider the picture the greater the potential narrative — and something that is beautifully lit and beautifully composed.” 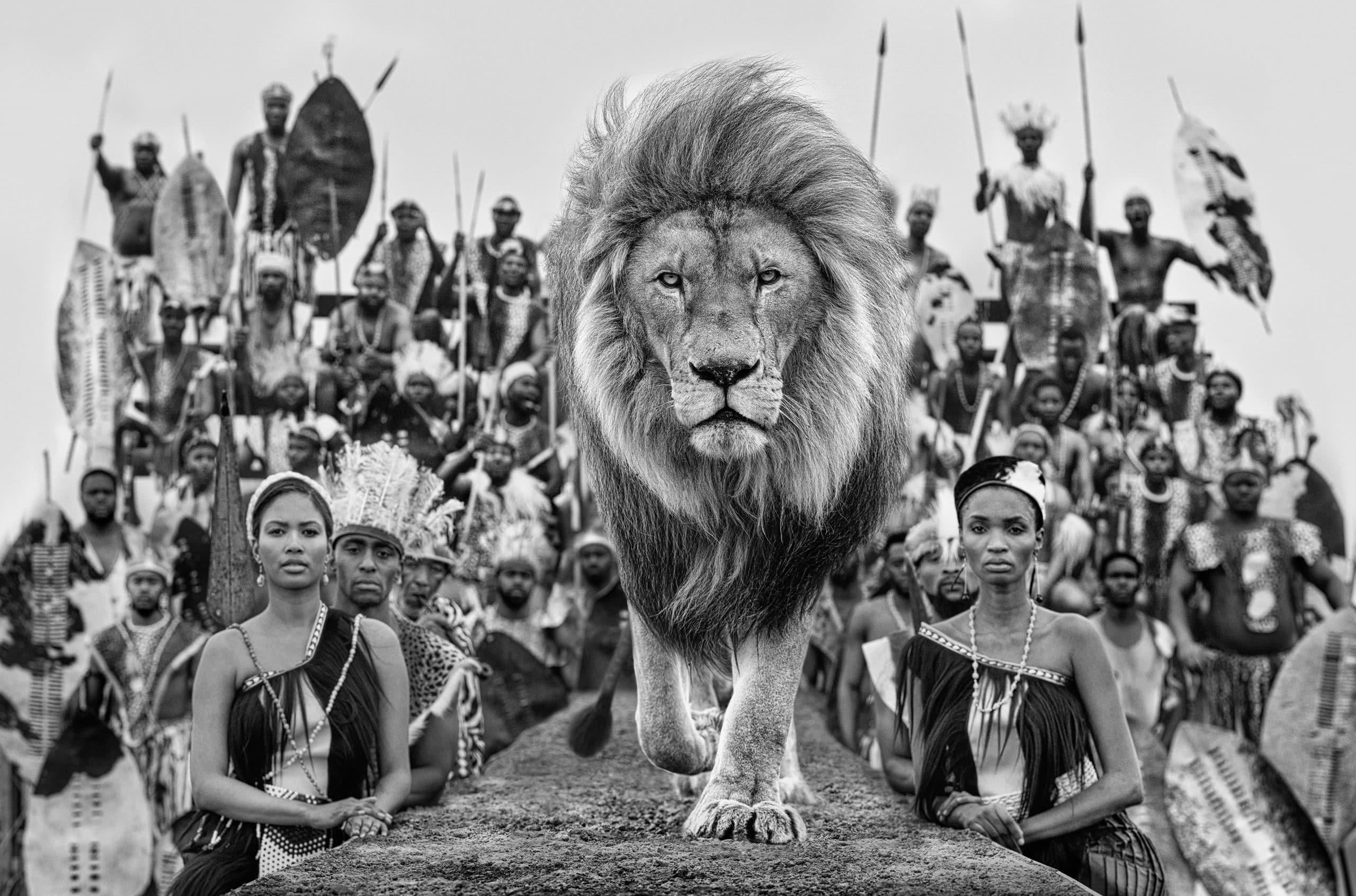