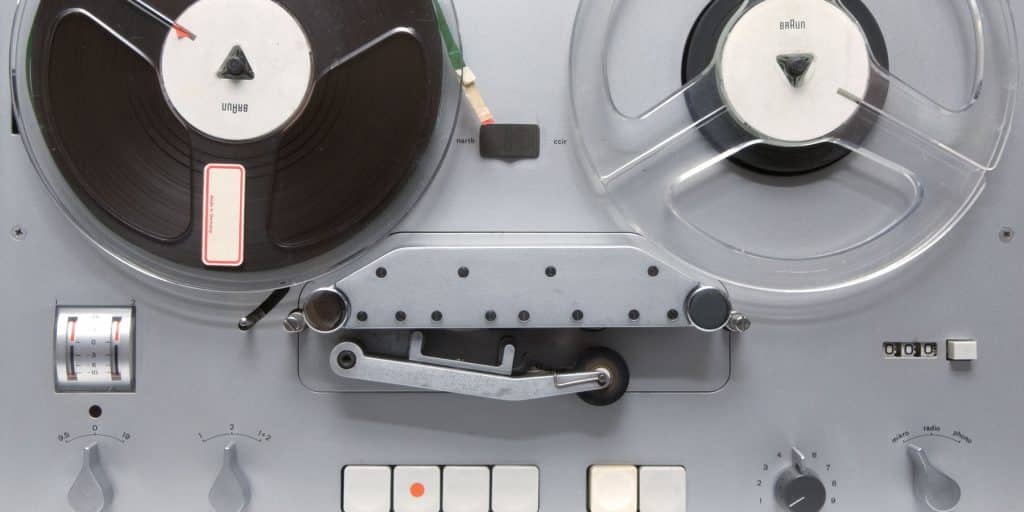 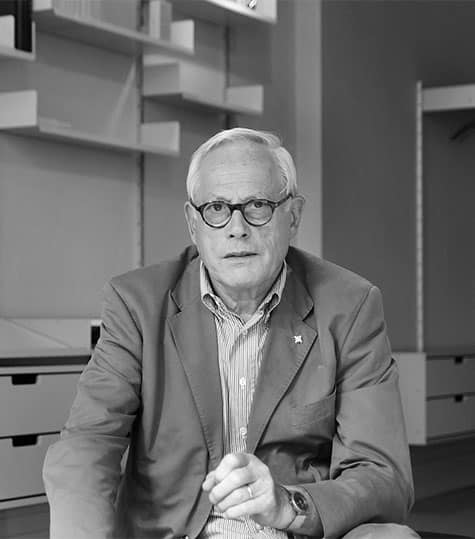 January 13, 2018German industrial and furniture designer Dieter Rams is the subject of a new survey show at the Philadelphia Museum of Art and a recent documentary (portrait by Anne Brassier © Vitsœ). Top: Rams designed his TG 60 tape recorder in 1965 for Braun, where he was chief design officer from 1961 to 1995. All photos by Sebastian Struch © Museum Angewandte Kunst, Frankfurt am Main unless otherwise noted

Less, but better.” This favorite mantra of Dieter Rams, one of the most prominent industrial designers of the 20th century, reflects an approach to design so influential that it has inspired generations of creative talents. Now, two projects — an exhibition at the Philadelphia Museum of Art and a feature-length documentary by filmmaker Gary Hustwit — are taking a closer look at the German designer’s life, career and ideas.

Rams is revered for the pared-down, intuitive electronics and consumer goods he created for Braun — where he worked from 1955 to 1997, most of that time as chief design officer — and his timeless furniture for Vitsœ, a company with which the 86-year-old continues to collaborate today. Less well known are his longstanding focus on sustainability and uneasy relationship with contemporary technology, even as Silicon Valley designers like Apple’s Jonathan Ive follow in his rational footsteps. 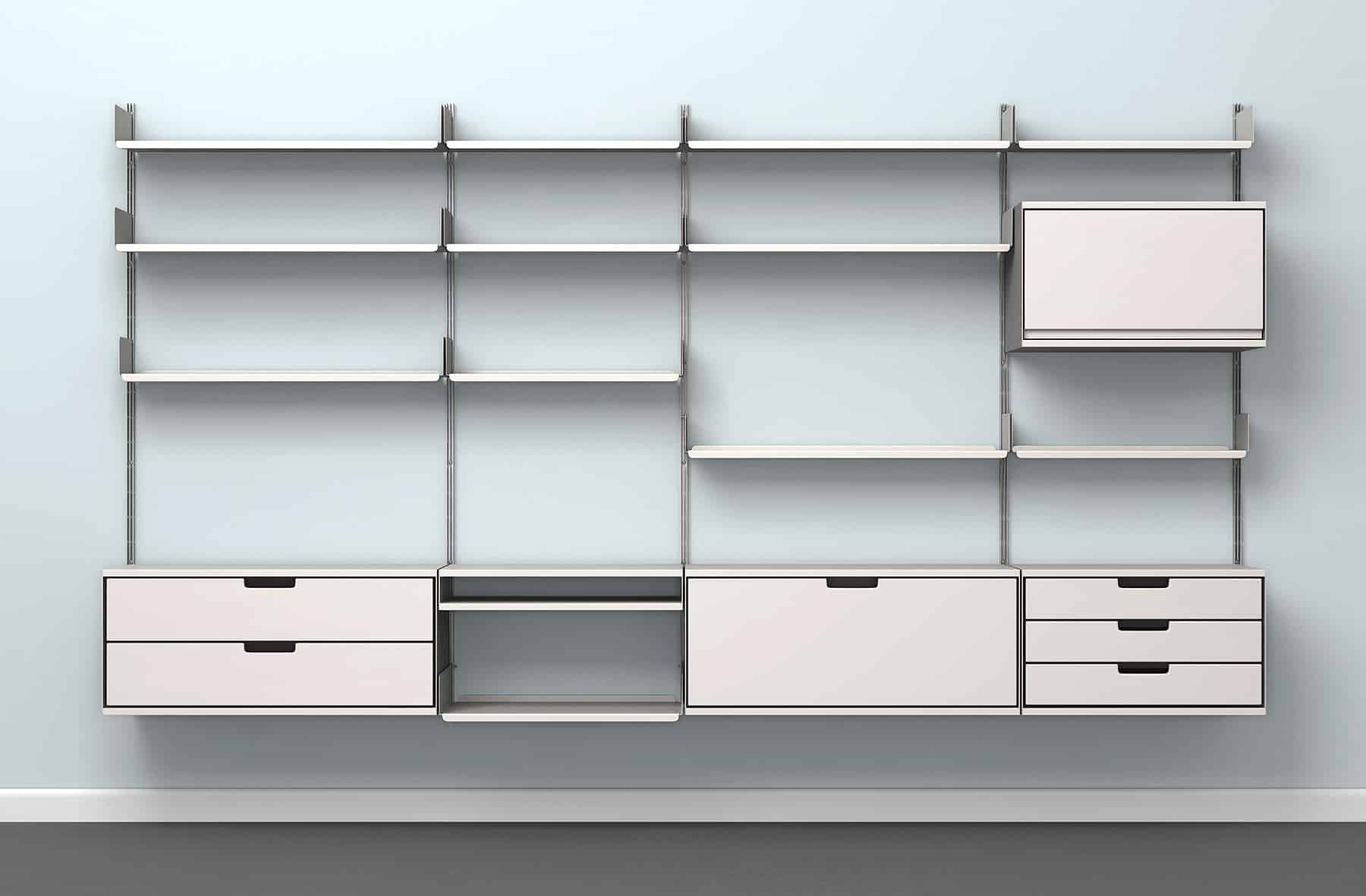 This past November, Collab, a group of professionals and enthusiasts that supports modern and contemporary design at the Philadelphia Museum of Art, presented Rams with its annual Design Excellence Award, kicking off “Principled Design,” a survey of Rams’s career that runs through April 14. The exhibition includes segments from Rams, Hustwit’s film, which was released in December on Vimeo, DVD and Blu-ray.

Rams created the ABR 21 Signal radio clock for Braun in 1978.

“He’s such a major force in design and the way design thinking has evolved in the past fifty years,” says Colin Fanning, the curator of the exhibition. “A lot of it has to do with the way that he and Braun created this model of the company designer, where design was central to the process, not just aesthetic gloss that was added after the engineers had done all the hard work. Design was at the heart of the company — that was the big paradigm shift.”

During Germany’s postwar rebuilding period, Rams and his team of designers at Braun, inspired by the Bauhaus and the Ulm School of Design, focused on extreme simplicity and usability while conceiving products with a modern, forward-looking appearance. “The stuff they were doing in the nineteen fifties still looks like the future,” says Hustwit, even though much of the technology those products contained is now obsolete. 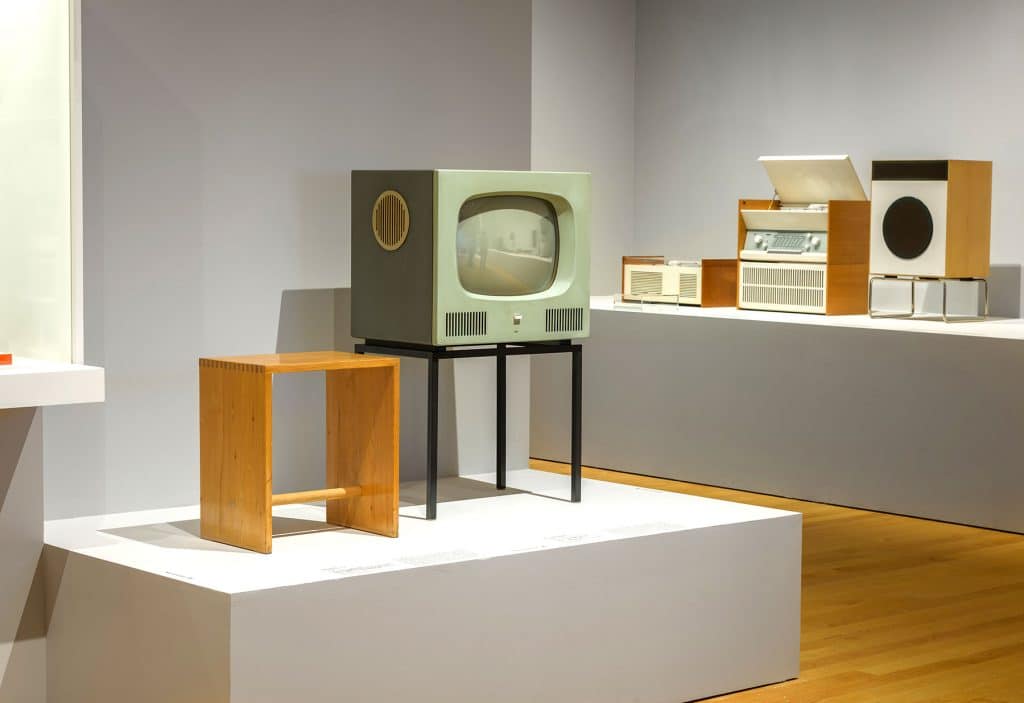 Among Rams’s most iconic designs is the SK 4 phonograph and radio, created in 1956, which had a compact white metal case topped by a revolutionary-at-the-time transparent Plexiglas lid that revealed simple gray controls inside (it was nicknamed Snow White’s Coffin). But it is the T3 portable radio, from 1958, that gets design aficionados most excited today: A white rectangular box with a perforated square for the speaker and a circular-dial control, it bears an unmistakable resemblance to Apple’s original iPod. (Many people also note that the iPhone’s calculator app looks remarkably similar to the Braun ET 66 calculator, with its circular color-coded buttons.) “Jony Ive is a fan,” says Hustwit. “He’s talked about Rams as a big influence on his work, and Dieter went out to the Apple design lab and got the tour. There’s a mutual admiration there.” 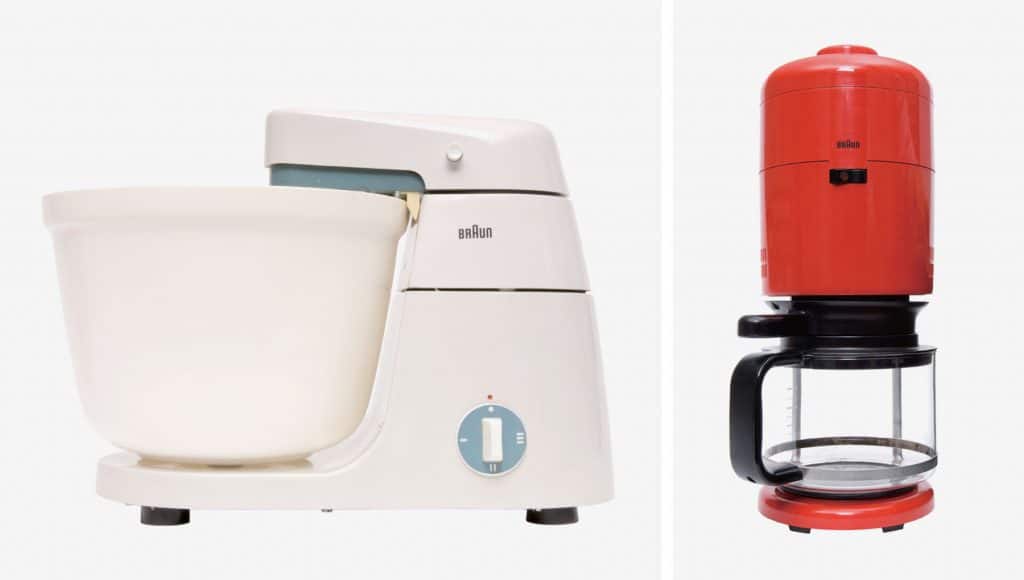 Rams designed both the KM3 food processor (left) and the KF 20 coffee machine for Braun, the former in 1957 and the latter in 1971.

To understand Rams’s approach to design, one doesn’t have to look far for guidance. In the late 1970s, he laid out his widely studied 10 principles for good design: It is innovative, makes a product useful, is aesthetic, makes a product understandable, is unobtrusive, is honest, is long lasting, is thorough down to the last detail, is environmentally friendly and is as little design as possible.

One of Rams’s principles that hasn’t translated to our contemporary era is his emphasis on longevity. “The time of thoughtless design and thoughtless consumption is over,” he said in 1976, stressing the need to conserve natural resources — even as he was busy designing plastic products.

The designer’s work for Vitsœ included the 620 seating system armchair and footstool, both from 1962. Photo © Vitsœ

“That philosophy of durability and longevity is totally missing from the Apple equation, where it’s about planned obsolescence and bringing out new models year after year,” says Fanning, who is presenting the T3 radio alongside the iPod in the exhibition. “While you can see the visual similarities — they’re right there in front of you — I’m inviting folks to think about the underlying ethos.” 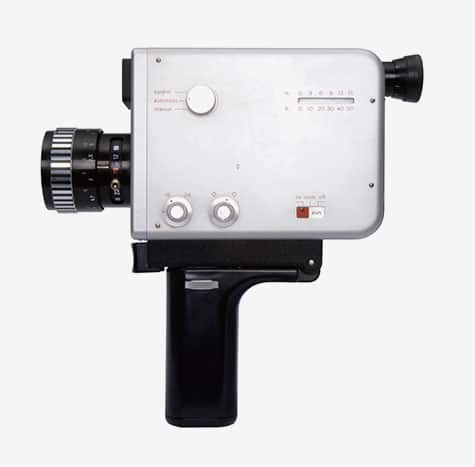 Rams has also expressed reservations about how electronics have evolved in recent decades from tools for improving life to time-sucking obsessions. “Every time he crosses a street and sees people glued to their phones, he just can’t conceive of how we got to this point,” says Hustwit. “I think he’s a little bit saddened by all this work they did in the fifties and sixties, which had a very idealistic point of view, being a stepping stone to where we are now, and the current lust for technology.”

If digital devices sometimes seem to be making life more complicated, Rams’s precept remains the same as always: “Back to purity, back to simplicity.”