German industrial designer Dieter Rams is revered for the pared-down, intuitive electronics and consumer goods he created for Braun — where he worked from 1955 to 1997, most of that time as chief design officer — and his timeless furniture for Vitsœ, a company with which he continues to collaborate today.

Less well known are Rams’s longstanding focus on sustainability and uneasy relationship with contemporary technology, even as Silicon Valley designers like Apple’s Jonathan Ive follow in his rational footsteps.

During Germany’s postwar rebuilding period, Rams and his team of designers at Braun, inspired by the Bauhaus and the Ulm School of Design, focused on extreme simplicity and usability while conceiving products with a modern, forward-looking appearance.

Among Rams’s most iconic designs is the SK 4 phonograph and radio, created in 1956, which had a compact white metal case topped by a revolutionary-at-the-time transparent Plexiglas lid that revealed simple gray controls inside (it was nicknamed Snow White’s Coffin). But it is the T3 portable radio, from 1958, that gets design aficionados most excited today: A white rectangular box with a perforated square for the speaker and a circular-dial control, it bears an unmistakable resemblance to Apple’s original iPod. (Many people also note that the iPhone’s calculator app looks remarkably similar to the Braun ET 66 calculator, with its circular color-coded buttons.)

In the late 1970s, Rams laid out his widely studied 10 principles for good design: It is innovative, makes a product useful, is aesthetic, makes a product understandable, is unobtrusive, is honest, is long lasting, is thorough down to the last detail, is environmentally friendly and is as little design as possible.

One of Rams’s principles that hasn’t translated to our contemporary era is his emphasis on longevity. “The time of thoughtless design and thoughtless consumption is over,” he said in 1976, stressing the need to conserve natural resources — even as he was busy designing plastic products.

Rams has also expressed reservations about how electronics have evolved in recent decades from tools for improving life to time-sucking obsessions. “Every time he crosses a street and sees people glued to their phones, he just can’t conceive of how we got to this point,” says filmmaker Gary Hustwit, whose feature-length documentary on Rams debuted in 2018. “I think he’s a little bit saddened by all this work they did in the fifties and sixties, which had a very idealistic point of view, being a stepping stone to where we are now, and the current lust for technology.”

If digital devices sometimes seem to be making life more complicated, Rams’s precept remains the same as always: “Back to purity, back to simplicity.”

Round/ Oval Extendable Dinning Table #720 by Dieter Rams for Vitsoe, 1972

c. 1962, ‘L 25’ Wall-Mounted Flat HiFi Loudspeaker Unit by Dieter Rams for Braun
By Braun, Dieter Rams
Located in New York, NY
An iconic set of speakers. These are wired for Europe and could be rewired for your location.
Category

Mid-Century Modern "620" Easy Chair by Dieter Rams for Vitsoe
By Vitsoe, Dieter Rams
Located in Doornspijk, NL
The seating system Dieter Rams designed in 1962 for Vitsoe is just as timeless as his famous Shelving System. The modular principle allows for extreme flexibility. This chair has b...
Category

H 16.15 in. W 74.81 in. D 29.93 in.
Triple Play Side Table by Gaetano Pesce for Fish Design, Nr. 11/2019
By Gaetano Pesce
Located in Munster, NRW
In 1995 Gaetano Pesce designed the “triple play” series of resin tables. the table shows a cartoonish face with moustache on a yellow background, also on steel rod legs, here with bl...
Category

H 16.54 in. W 25.99 in. D 86.62 in.
Brutalist, Concrete Coffee or Sofa Table with Are Deeply Impressed Graphic Forms
Located in Munster, NRW
A heavy stone slab, probably concrete, lies on a black steel frame. In it are deeply impressed graphic forms, a multibeam sun and a rhomb surrounded by ellipses. the style and design...
Category

H 28.55 in. W 25.6 in. D 22.05 in.
Mathieu Matégot, Two Tiered Side Table for Atelier Matégot
By Mathieu Matégot
Located in Munster, NRW
First presented at the Salon des Artistes Décorateurs in 1953, this rare Mathieu Matégot two tiered side table, also said “phone table” is made of perforated metal and tubular metal....
Category

H 31.5 in. W 20.08 in. D 14.57 in.
Minimalistic Marble Coffee Table ca. 1965 in the Style of Poul Kjærholm, Denmark
By E. Kold Christensen, Poul Kjærholm, Fritz Hansen
Located in Munster, NRW
Very understated and minimalist low-table from the 60s coming from denmark. 2 materials - chrome-plated steel and marble, the tabletop is framed by the heights of the steel frame an...
Category

Dieter Rams furniture is available for sale on 1stDibs. These distinctive objects are frequently made of metal and designed with extraordinary care. In our Dieter Rams collection, there are many options to choose from, although gray editions of this piece are particularly popular. There are 7 vintage versions of these items in stock, while there is 0 modern edition to choose from as well. Many original furniture by Dieter Rams were created in Europe during the mid-20th century in the Mid-Century Modern style. If you are looking for additional options, many customers also consider furniture from Egon Eiermann, Luigi Colani and Tecta. Dieter Rams furniture prices can vary depending on size, time period and other attributes. 1stDibs's price starts at $1,100 and tops out at $5,781, while pieces like these can sell for $3,382. 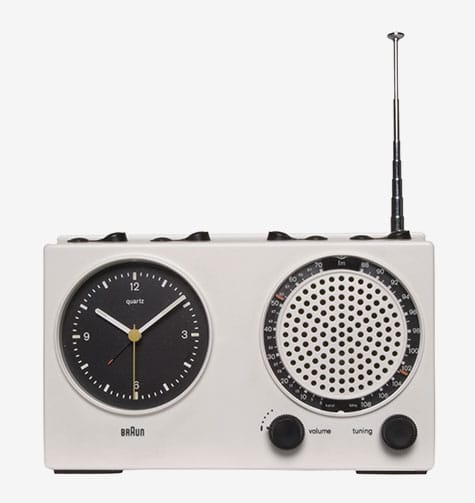 $150
Brutalist Clock by David Marshall, 1970s
By David Marshall
Located in Ottenburg, BE
Sculpted brutalist clock in bronze and cast aluminum by Artist David Marshall. Marshall settled in Spain in the mid 1960s, opening a workshop in Malaga in 1969 where he produced s...
Category

$883
Wall Unit by Raffaella Crespi for Mobilia, Italy 1960s
By Raffaella Crespi
Located in Brussels , BE
Wood, brushed brass hooks and embossed handles. Good general conditions, some signs due to normal use of time.
Category

$4,831
Sketch Coffee Table Made in Acrylic Design Roberto Giacomucci in 2021
By Roberto Giacomucci
Located in ancona, IT
Coffee table, handmade in transparent acrylic colored with an innovative technology. The material is made through the fusion of three plates, one of which Partially cured center. ...
Category

Sketch Coffee Table Made in Acrylic Design Roberto Giacomucci in 2021

$3,275 / set
Japanese Rifle Tabletop Lighter
Located in Los Angeles, CA
Unique vintage table lighter in the shape of a rifle. Made in Japan. Great details like wood grain on the rifle butt and a scope. SMR Japan sticker on base of rifle. Cool tobacco acc...
Category

$345
Vintage Golf Lighter
Located in Los Angeles, CA
Cool vintage table lighter in the shape of a golfball and club. Made of metal. Label at bottom reads "Comoy's of London." Made in Japan. Cool tobacco accessory and conversation piece...
Category

$5,194 / item
"Teoca" Dinning Table
By ADN Studio
Located in Mexico City, MX
The "Teoca" dinning table is part of ADN Studio´s Volcan Collection. This collection seeks to go back to basics. It is a subtle and refined interpretation of the archytypical Modern ...
Category

$5,000 / item
Sketch Coffee Table Made in Acrylic Design Roberto Giacomucci in 2021
By Roberto Giacomucci
Located in ancona, IT
Coffee table, handmade in transparent acrylic colored with an innovative technology. The material is made through the fusion of three plates, one of which partially cured center. ...
Category

Sketch Coffee Table Made in Acrylic Design Roberto Giacomucci in 2021