A Passion for Color Unites the Meyer Brothers 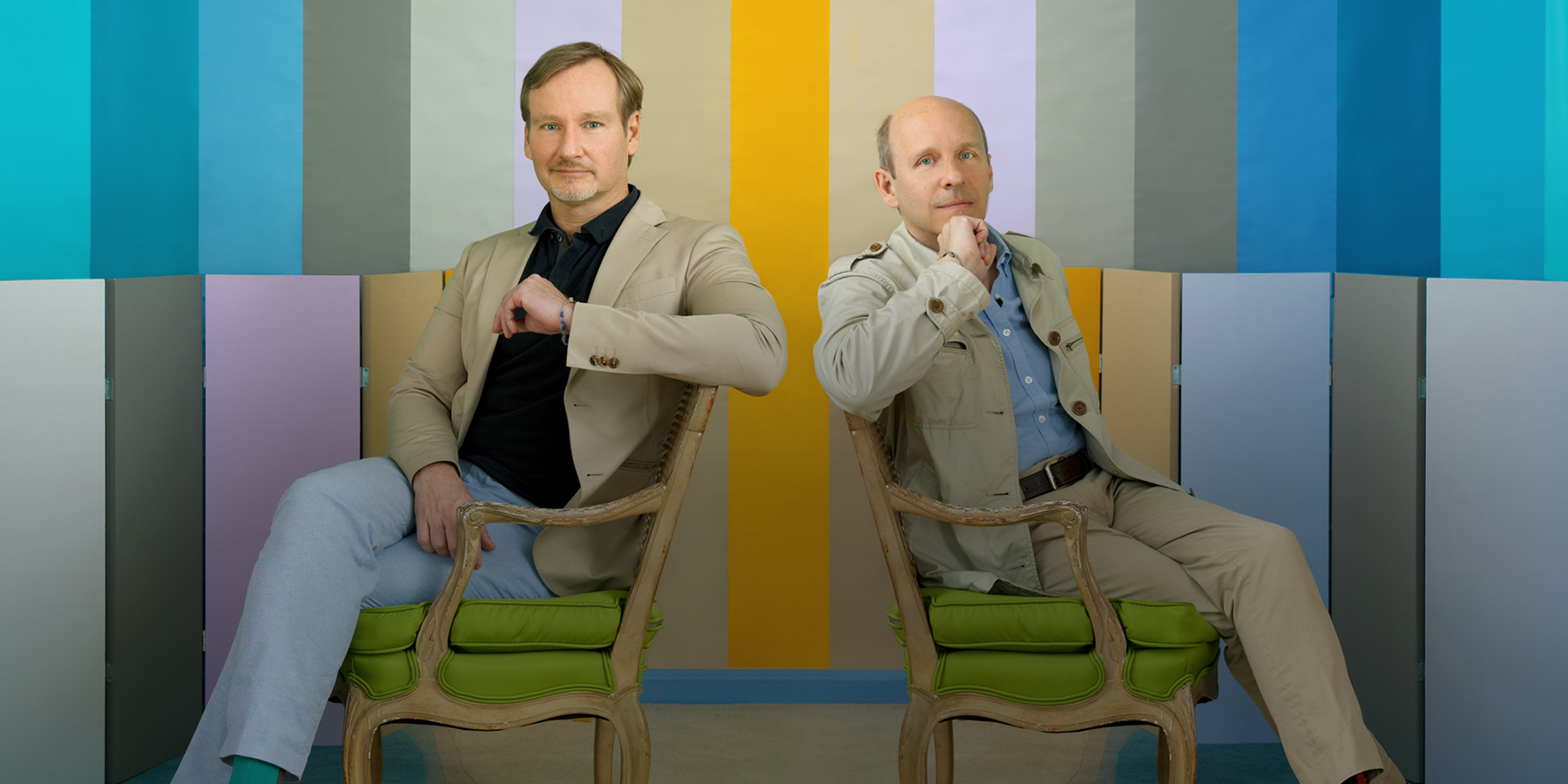 These Kentucky-bred brothers followed highly successful parallel careers — Gene in fashion, and Doug in art and design — before joining forces to found Doug & Gene Meyer in 2005. 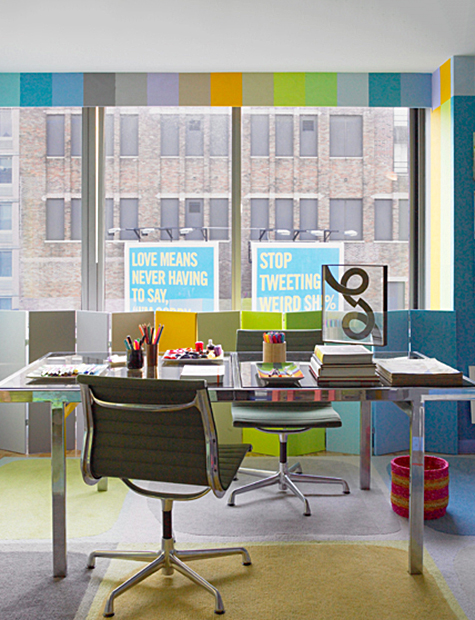 We had always wanted to work together,” declares Gene Meyer, who at one time traveled a successful fashion career path that ran parallel to his brother Doug’s career in art and design. In 2005, those twin paths finally converged with the founding of Doug & Gene Meyer, a thriving business that spans interiors, furniture, homewares and fashion. Regardless of the medium, the siblings’ work is always marked by a commanding sense of color and a profound creativity. With a bustling base in New York’s Chelsea, the Meyers’ brand is rooted in their childhood in Louisville, Kentucky, where they spent hours building huge cities out of Tinker Toys and Lincoln Logs. “We would even cut out small pictures of framed artwork from interiors magazines and tape them to the walls of our building-block rooms,” says Gene, who still possesses enough boyish energy to match that of Doug, seven years his junior. “We were obsessed!”

In the 1970s, the Meyers went to Parsons in New York (Gene studied fashion and Doug fine art) and then become roommates in a floor-through apartment in the East Village. “Our parents wanted us to live together,” says Gene. “With us both frequently going to Studio 54, they were glad I could watch over Doug.” After graduating from Parsons, Gene spent 11 years assisting fashion legend Geoffrey Beene. “I learned to harness an overly creative mind and joyfully watched a brilliant designer at work,” says Gene, who went on to launch his own eponymous women’s and men’s collections, which won him CFDA Awards in 1994 and 1996. 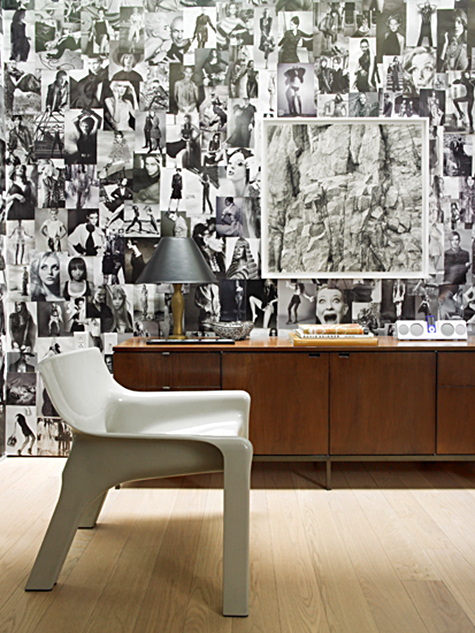 A project in New York is muted by the Meyer brothers’ standard. Nonetheless, collaged fashion photographs, a drawing by Joseph Stashkevetch, a Giacometti lamp and a Vico Magistretti chair provide visual oomph.

Doug, meanwhile, worked for groundbreaking Manhattan art dealer Holly Solomon. “The magical ways she displayed her artists in the gallery and the inventive manner in which she mixed pattern with pattern in the decor of her Sutton Place apartment — where her office staff would often hang out after work — greatly influenced my decision to go into design,” recalls Doug. In 1992, Doug left New York for Miami, where for a decade he dealt in mid-century furniture and increasingly took on interior design projects. Gene and his partner, interior designer Frank de Biasi, bought a second home in Miami in 2000 and started splitting their time between Belle Meade and their place in Soho.

“Working for people like Geoffrey Beene and Holly Solomon exposed us to the glamorous and gritty sides of the fashion and art worlds,” says Gene. “We had always shared what we learned with each other along the way.” Eventually the time came to finally share that expertise on a daily and professional basis.

“We were both free and figured that if we were ever going to work together we should do it then and there,” says Doug, who bought a place in Manhattan’s Chelsea neighborhood in 2008. “So we started designing rug collections and dove head-first. It was one of those magical moments when we actually set up a studio and came into work every day ready to create.” Today, their output ranges from the $10,000 all-silk Try Angular rug, hand-knotted in Nepal, to the eye-catching $39 Eyelashes compact case, which they sell exclusively on their website.

The pair share a work space in their West 23rd Street offices and have managed to find a happy balance of creative input — even though, as Doug says, “We are both very opinionated.” Their joint aesthetic is exuberant and disciplined, with a panache for pairing a rainbow of unexpected colors and patterns with a seemingly effortless and artful precision. 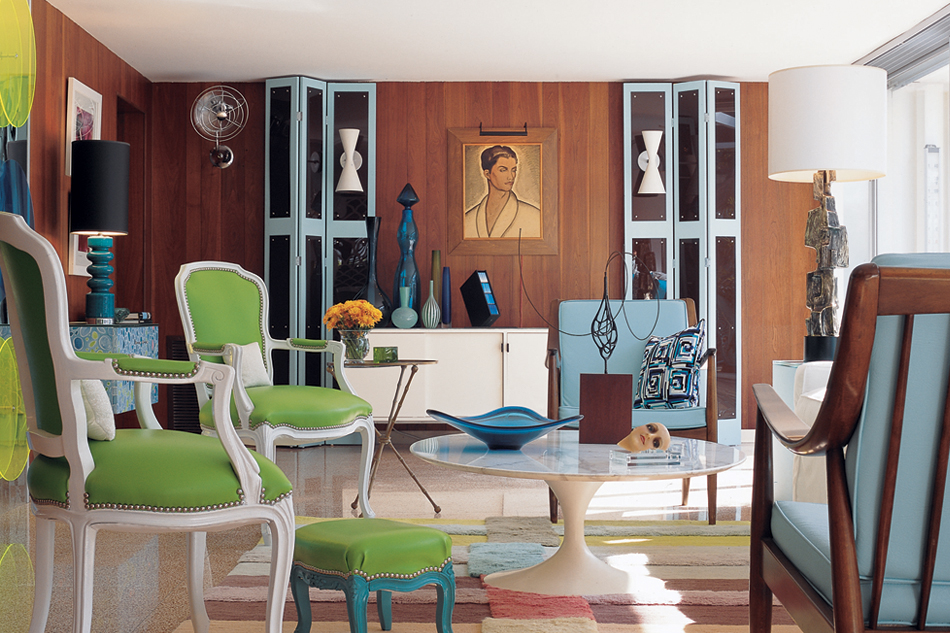 The music room of a 1959 home in Miami features painted wood-and-Plexiglas screens on the back wall and a Crossroads rug on the floor. 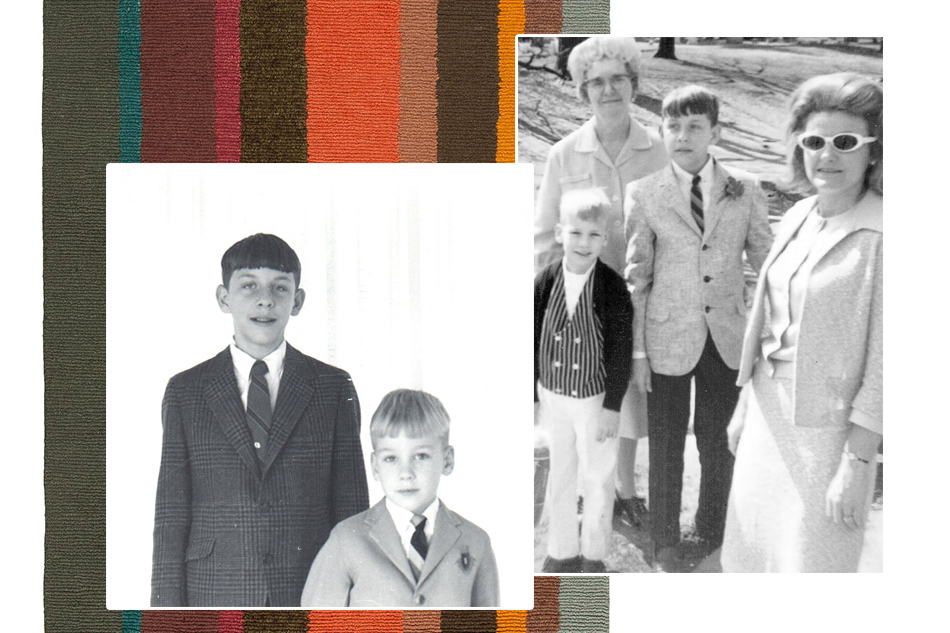 Though Gene is seven years older than Doug, the brothers (seen above with their mother, Kitty, and grandmother) have always been close. Their Ribbon Strip hand-knotted rug is available exclusively through Holland & Sherry, marking a new collaboration. 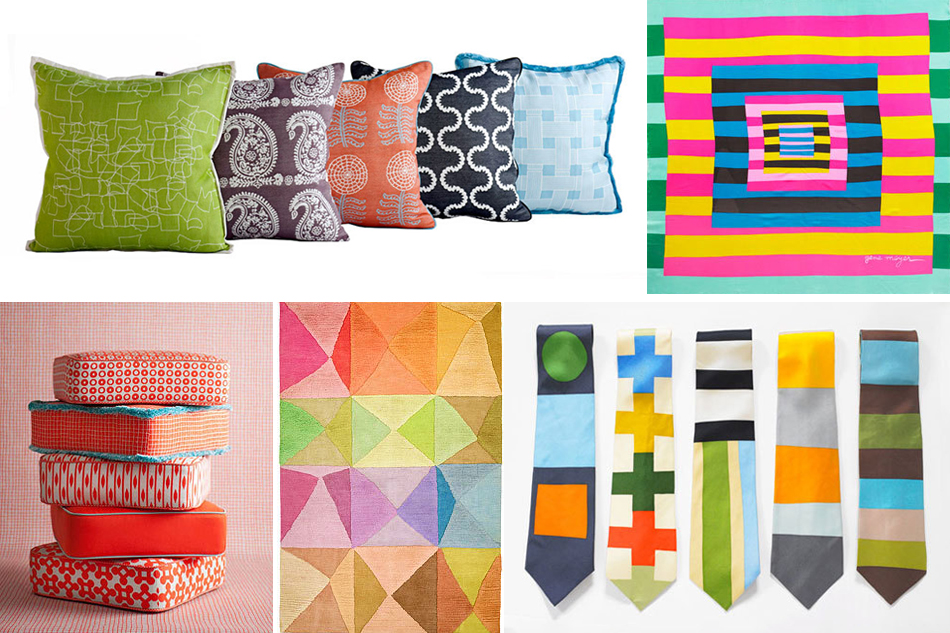 A sampling of products available on the brothers’ website displays a distinctive and unifying embrace of color and pattern. 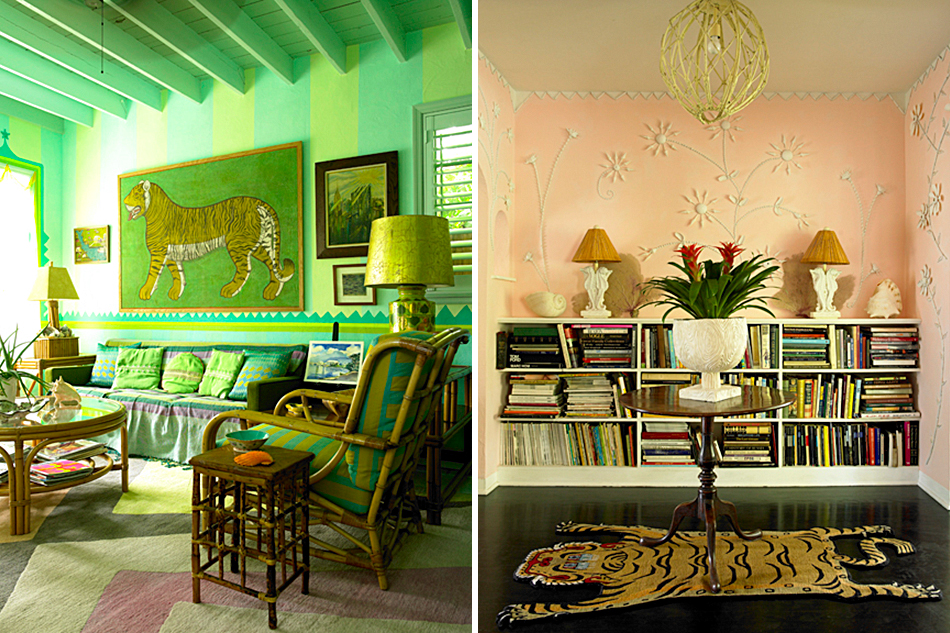 From left: In Gene and Frank di Biasi’s Miami place, one of the Meyers’ Holland & Sherry rugs enlivens the guest cottage; in the main house, Gene glued seashells on the wall and then painted them. 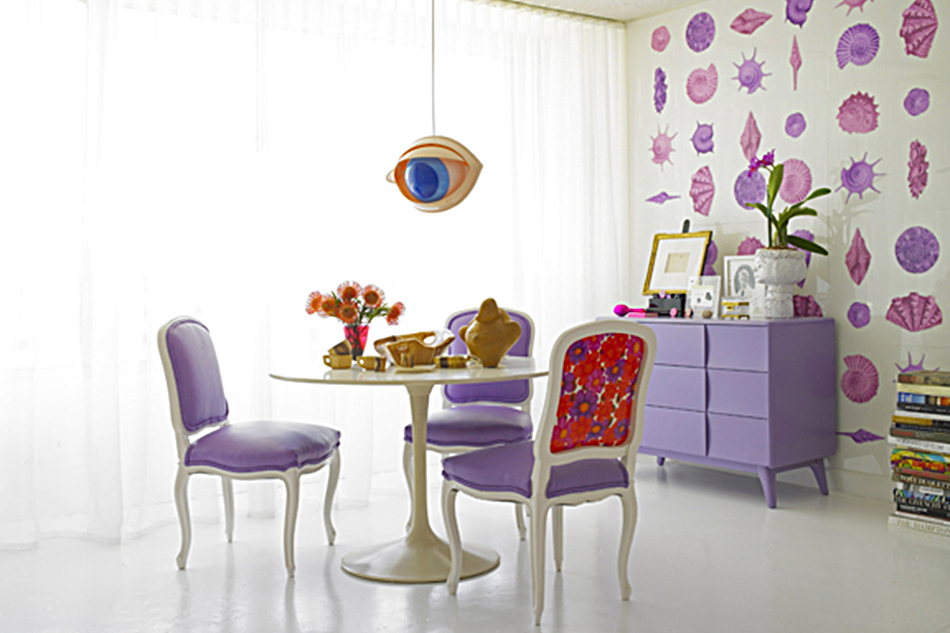 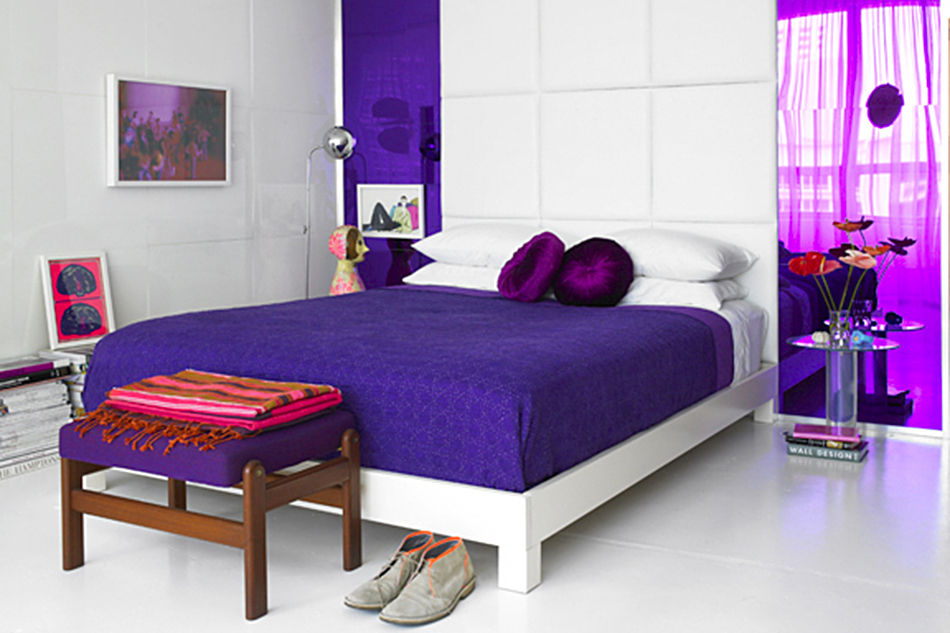 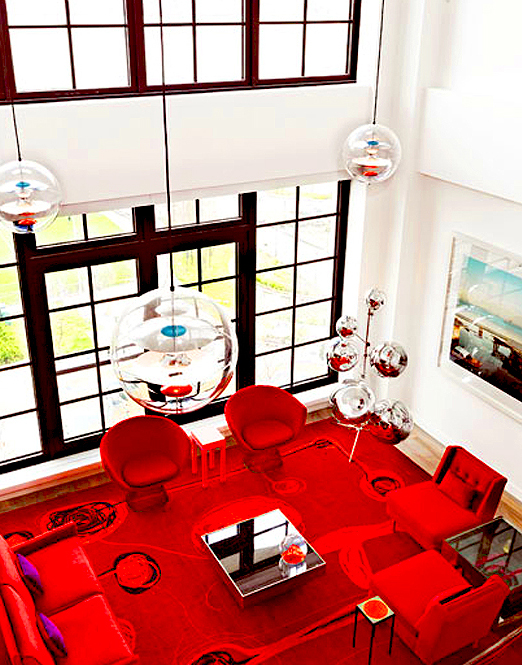 The Meyers designed an all-red living room for a New York couple who collect American urban photography. The rug is a custom design.

“My room at age nine was all pink,” says Doug, who got his first David Hicks decorating book when he was 10. “To this day, color is what affects our work first and foremost.” For interior design projects in both Miami and New York, the Meyers think nothing of painting chinoiserie chairs Caribbean blue or lacquering Queen Anne chairs a vibrant green. (“We like to do the upholstery in the same continuous color so that the piece becomes almost sculptural and less decorated,” Doug points out.) For the Chelsea home of a client who collects urban American photography, the Meyers chose an all-American theme of red, white and blue, with rooms engulfed in varying shades of one color. “It not only lets the art sing, but the space itself becomes very cozy and layered in one complete way,” says Doug.

They execute their fashion designs in equally bold strokes, whether in their She Zips Around women’s wallet in lush grape-and-lilac-colored silk, or their men’s Newland bow tie, with one end in pink and cranberry stripes and the other in a color-blocked pattern of orange and lime green. Despite their penchant for bright colors and contrasting patterns, the brothers’ impeccable sense of scale soothes as it exhilarates, a combination only achieved through innate confidence and years of experience. The merged Meyer minds clearly temper and challenge one another: “I’m a modernist who doesn’t want to live with modern things,” explains Gene. “I’m far too much in love with pattern, color and atmosphere to ever live in sleek beige. Doug keeps me focused on the present — he’s in love with the new.”

Gene and de Biasi’s Miami home is a lighthearted retreat, with a circus tent connecting the main house to an adjacent cottage. “It’s very 1940s Caribbean — layered to death with inherited things, moody lighting and woven Moroccan textiles that we commissioned in Tangier,” says Gene, who, like his brother, travels the globe constantly. 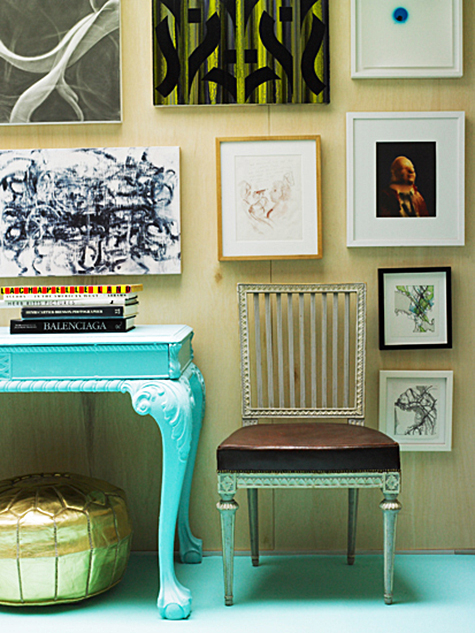 A New York project taps into Doug’s experience in the art world: The entry hall is hung with works by Mark Sheinkman, William Wegman, Laurie Simmons and Valerie Jaudon.

Doug, meanwhile — who cut his design teeth at the tender age of 23, when his parents commissioned him to transform a house in Coconut Grove, Florida — uses his Manhattan digs as a laboratory in which he constantly reinvents its much-published decor. “The rooms combine a very curated collection of objects that might be separated by two decades or even two centuries,” he says. “It’s all about experimenting and not being bored. It’s my fourth year there, and I am now starting on it fourth reincarnation.”

When they aren’t collaging, curating or collecting, the dynamic duo are busy creating interiors: They tackle several residential projects a year while also busily feeding their retail pipeline with more goodies and amping up their home-furnishings collections. The first part of this year will bring the debut of new rug, wallpaper and textile line produced by Holland & Sherry, as well as their fourth outdoor fabric collection for Link Outdoor. The Doug & Gene Meyer tile collection for Casa Cielo will also launch in mid-2013.

And just this week, Longue Vue House & Gardens, in New Orleans, launched a two-month-long installation celebrating the brothers’ designs — from their rugs to Gene’s couture line — in both the museum’s historic house and in its Ellen Biddle Shipman–designed gardens. “We’re very excited to be injecting our work and vision into this American masterpiece,” says Doug.

With so much on their plates, one has to wonder if the pair divides to conquer, designing a division of labor that plays to the expertise of each. In fact, the opposite is true. “Whether it’s about a new tie, rug or textile pattern, we both go off and brainstorm,” says Gene. “Then we’ll come back to analyze all the ideas until one is revealed. We are open to doing so many different things that we don’t peg ourselves. Instead it’s a constant collaboration.” Adds Doug: “It’s good being brothers.” 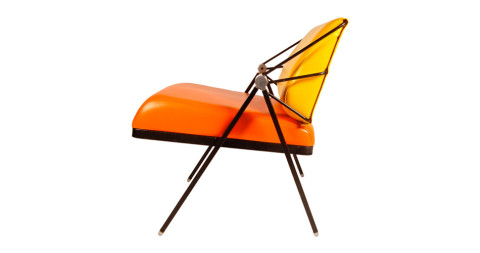 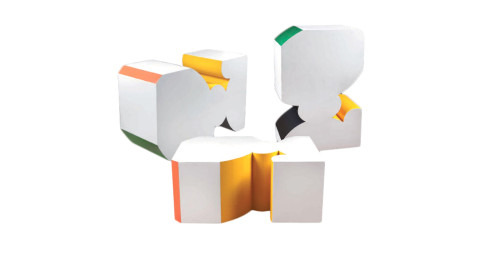 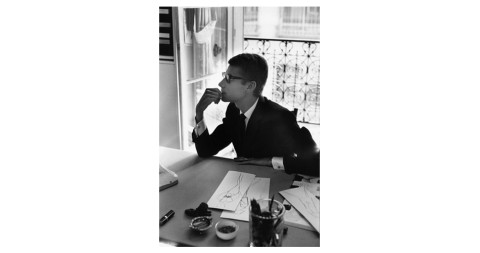 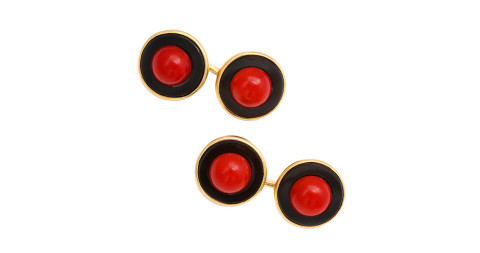 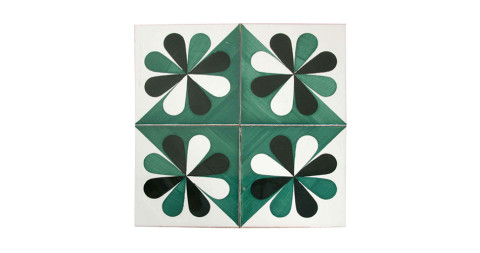