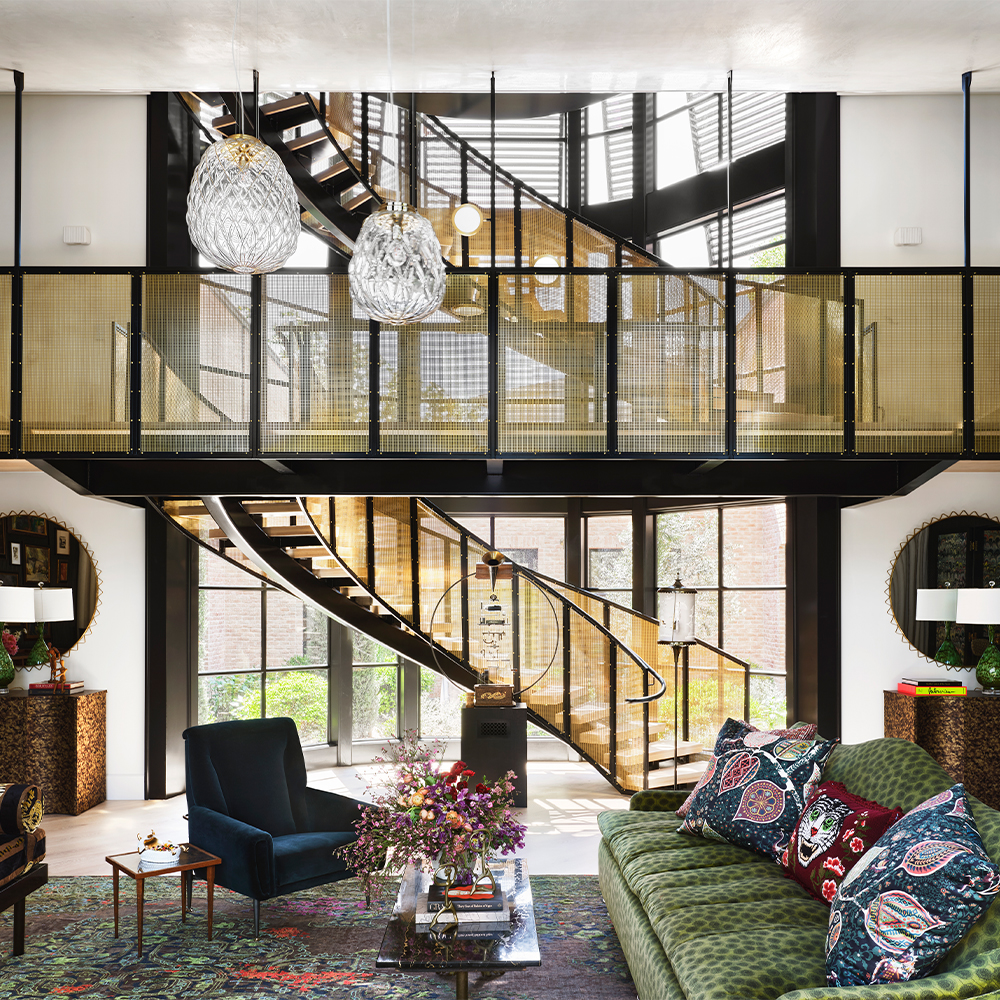 The Texas designer partnered with a team of architects, builders and artisans to create an eclectic home that celebrates music and benefits local musicians.

June 13, 2021“This is me running amok,” Fern Santini says of her first job in 30 years without a client: a new 7,000-square-foot house in a quiet neighborhood on the west side of Austin. A few years ago, Santini, the favorite interior designer of scores of Texas families, decided to try a new business model. Feeling both entrepreneurial and philanthropic, she recruited an architect (Paul Lamb), a contractor (the Escobedo Group) and a landscape architect (Shaney Clemmons, of Shademaker Studio) to create a spec house that would showcase their work — and that of artisans she has collaborated with over the years. While it was on the market, the house would be the setting for events to benefit the Health Alliance for Austin Musicians (HAAM), which provides affordable health care to Austin’s low-income working musicians. HAAM would also receive a portion of the purchase price.

With no client to answer to, “I wanted to do a house that was freewheeling and irreverent and had a sense of humor,” Santini says. And although she didn’t want it to be what she calls a “theme house,” she wanted it to celebrate music, which, she says, is “what Austin is all about.” She had the whole home wired with a McIntosh system; its components, which could have been hidden, are “front and center in beautiful cabinets,” she says. She also celebrated music in the house’s layout, with a great room that allows large groups to gather for performances and a catwalk that doubles as a stage, and in its decor, with dozens of black-and-white photos of musicians on the walls. “Willie Nelson is up there three or four times,” Santini says of the Texas-born legend, “because this is Austin and we love him.”

It took three years to find the site, design and build the house and furnish it to the hilt (which Santini says she paid for by mortgaging her office, a 1930s bungalow that she has owned for 15 years). But once the house was finished, things moved very quickly. An Austin businessman decided to buy it before the opening night party. “He wanted to get it early, to avoid a bidding war,” says Santini. To her relief, he bought the house with “every single thing that’s in it, down to the napkins in the kitchen.” He also bought a lot of lore — Santini has a story to tell about practically every item. She buys pieces one at a time, in part because “I don’t like things that match,” and in part so she can get to know each acquisition individually. “I like to think of myself as a curator,” says Santini, a native of Pearman (a suburb of Houston) who moved to Austin as a college freshman in the 1970s.

There is no room whose form and function Santini didn’t rethink. The entry foyer, for example, isn’t just a pass-through but a place to socialize. Santini bought the leather settee from Nickey Kehoe on 1stDibs. (Behind it is German painter Volker Hermes’s oddly updated “old master portrait.”) A small round table, by Christian Dior for Gueridon, is, Santini says, “a place to put your drink.”

The foyer opens onto a powder room illuminated by a lantern purchased on 1stDibs. Marcel Wanders wallpaper from Moooi is framed by poplar boards arranged in chevrons. Santini painted the wood a “custom” color that she created by adding a lot of black to Farrow & Ball Studio Green.

The use of very dark paint in the powder room and foyer was calculated to make the room around the corner seem even more luminous than it is. Twenty by 40 feet, with a reverse barrel-vaulted ceiling, the great room stops visitors in their tracks. A sleek, gently curved brass and steel stairway leads to the second floor, where a catwalk provides access to two parallel bedroom wings. “We never could have sold a client on a catwalk, but once people saw it, they loved it,” Santini reports. The stairway continues up to a partial third floor devoted to a bar/library/music room.

The great room itself contains several discrete zones, with furniture that can be moved out of the way for big events. Seven Fontana Arte fixtures cast enticing shadows on the curves of plaster overhead.

At one end of the room, a collection of mid-century oil paintings (“some valuable, some not”) form the backdrop for a pair of BDDW sling chairs and a Charlotte Perriand–inspired settee by Shota Yamaguchi, a Texas artisan Santini has been working with for years. In the center of the room is a second seating area, this one consisting of a Danielle sofa from Dessin FoUrnir, covered in a vintage Liberty of London fabric, and a pair of French 1950s chairs in a teal velvet from Guy Besnard.

At the far end of the room is the dining area. Its focus is a circa 1960 table that Santini gave a new top of custom embossed leather. Dining chairs are the Niels Moller Model 71, made in Denmark in the early 1950s and purchased from MORENTZ. Santini had new seats made for them in Connecticut by Lance Woven Leather. Behind the table is a bar filled with glassware, all from 1stDibs dealers, in a range of styles. That variety, along with the marbleized wallpaper that seems to burst out of the bar’s interior, makes it as compelling a backdrop as any work of art at the other end of the room.

The media room couldn’t be more unlike the spacious great room — Santini designed the sofa to fit the cozy space; the walls are a custom Kyle Bunting composition of olive and swamp–colored cowhide. A 1974 Norman Seeff photo of five Steve Martins adds to the slightly surreal atmosphere.

In the kitchen, Santini got to do something she has dreamed of: hanging backless cabinets on a big wall of marble. If that’s not dramatic enough, the stools are covered in faux python.

The breakfast room is centered on an 1888 bakery table from Paris, flanked by vintage rattan chairs and a custom banquette. Hanging totems, made from old books, were commissioned from Karen Hawkins. In the background, a Franco Albini sofa is covered in the fabric designed a century ago for the Beverly Hills Hotel.

If the ground floor is all about interior vistas — almost like a nightclub — the second-floor bedrooms are exactly the opposite: Views of outside predominate. The main bedroom has a shearling rug with a grid that echoes that of the casement windows (and a larger grid in the ceiling). The custom headboard and footboard are covered in Loro Piana cashmere. The 1920s Art Deco chairs meet across a 1970s Lucite table. The pair of custom nightstands, made of back-painted Murano glass, brass and suede, bring Mondrianesque patterns to the room. The hanging fixture of smoked glass is from Galerie Glustin via 1stDibs.

In the main bathroom, a Boffi tub, tiles from Waterworks, Fantini fixtures and sconces from Urban Electric are among the few non-custom items. Definitely custom are the gracious vanity by architect Paul Lamb and the pagoda lanterns by Parisian artist Marie Christophe. Fantastical and vitalizing, it’s the place to freshen up if you happened to ride home on a unicorn.

The house culminates in the third-floor bar/library/music room. Santini asked Kyle Bunting to cover its ceiling in “something kind of wild and blue — I was thinking blue suede shoes,” she says. Beneath it are a custom-made banquette and a pair of Hokulele side tables by Nicole Hollis for McGuire. The Bob Dylan photograph by Jerry Schatzberg was the first thing Santini bought for the house (directly from Schatzberg, who custom-cropped the print so it wouldn’t be exactly like any other). Most of the other photos were purchased from the Morrison Hotel Gallery, in New York, which is known for photos of musicians. At the far end of the room is a desk custom made by Yamaguchi of fumed eucalyptus with inlaid brass. The desk chair, from Dessin Fournir with Pierre Frey fabric, is the perfect perch for listening to Willie.

But is it possible the best is yet to come? The center panel behind the desk is a door to the powder room. Santini tracked down Amalie R. Rothschild, who took a famous photo of the crowd at Woodstock, and persuaded Rothschild to sell her a digital file that she could turn into wallpaper. (Rothschild, slightly aghast, declined until Santini promised to do it only once.) Now, Santini says proudly, visitors to the powder room are surrounded by the crowd at the most famous music festival ever. 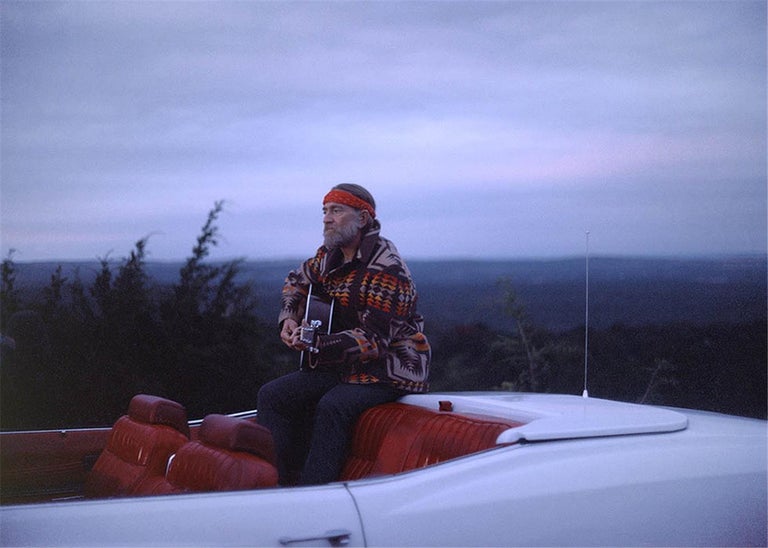 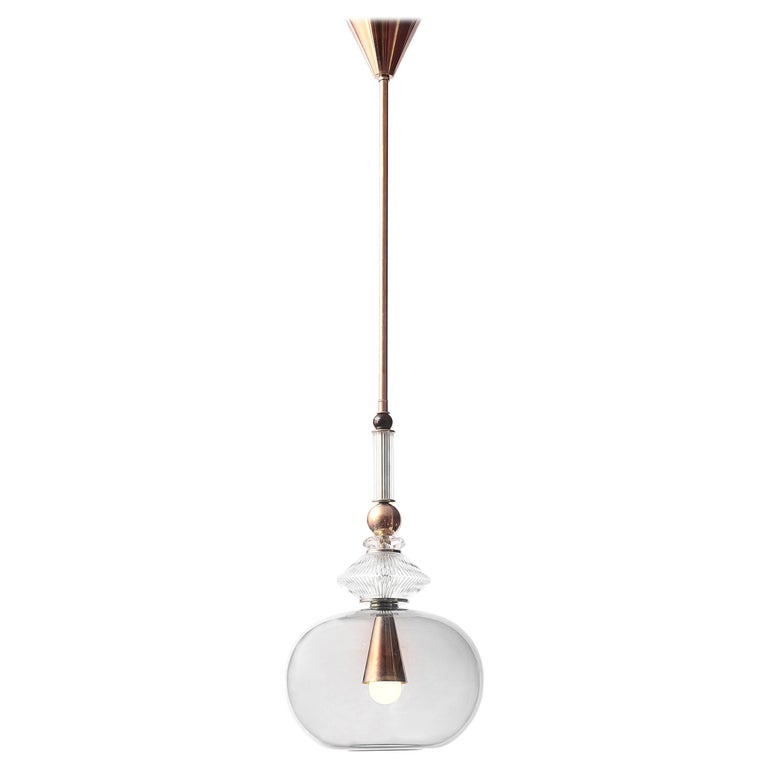 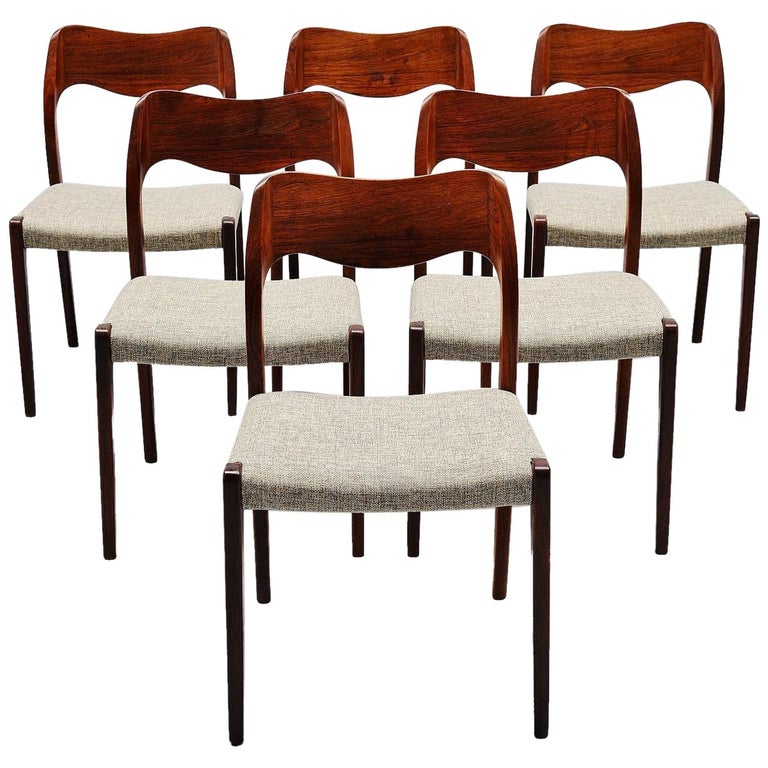 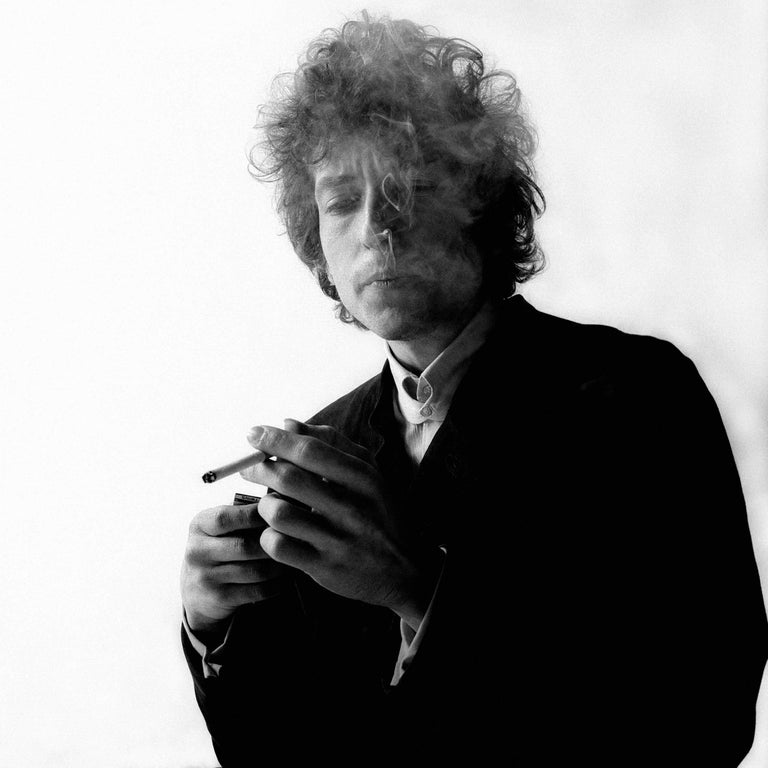 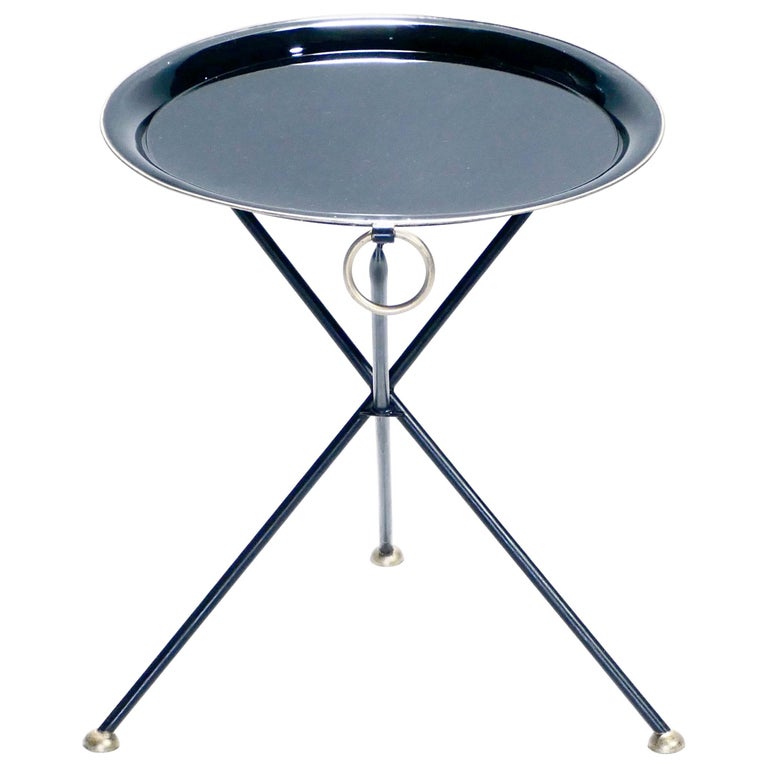 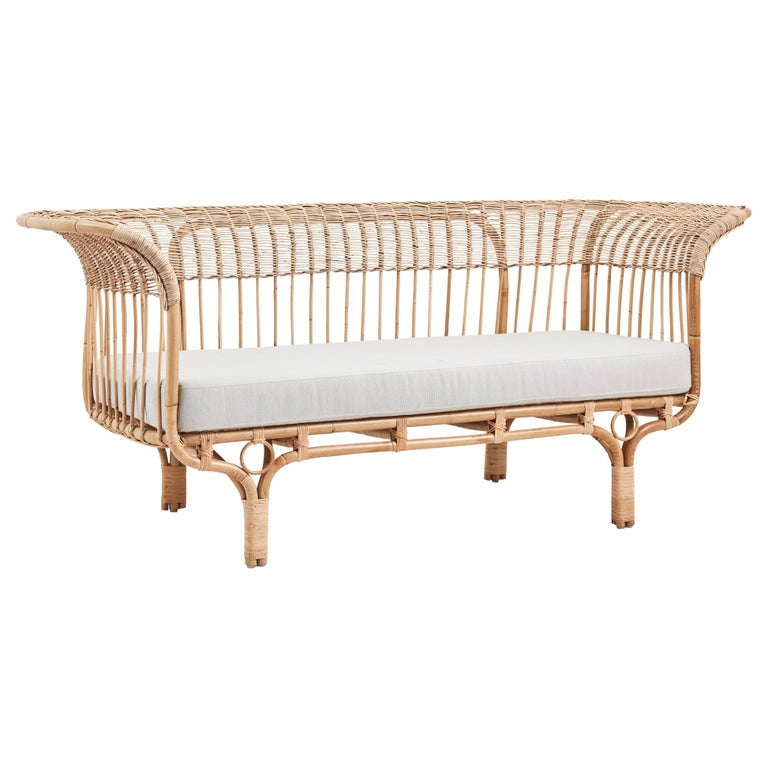 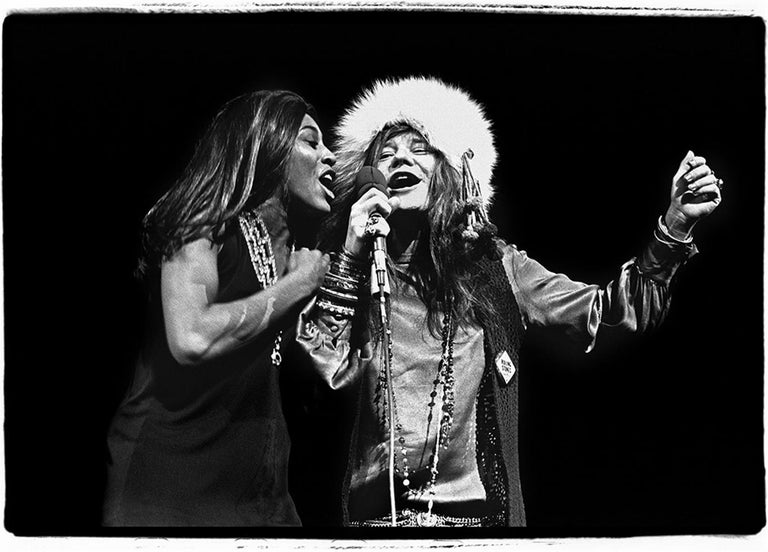 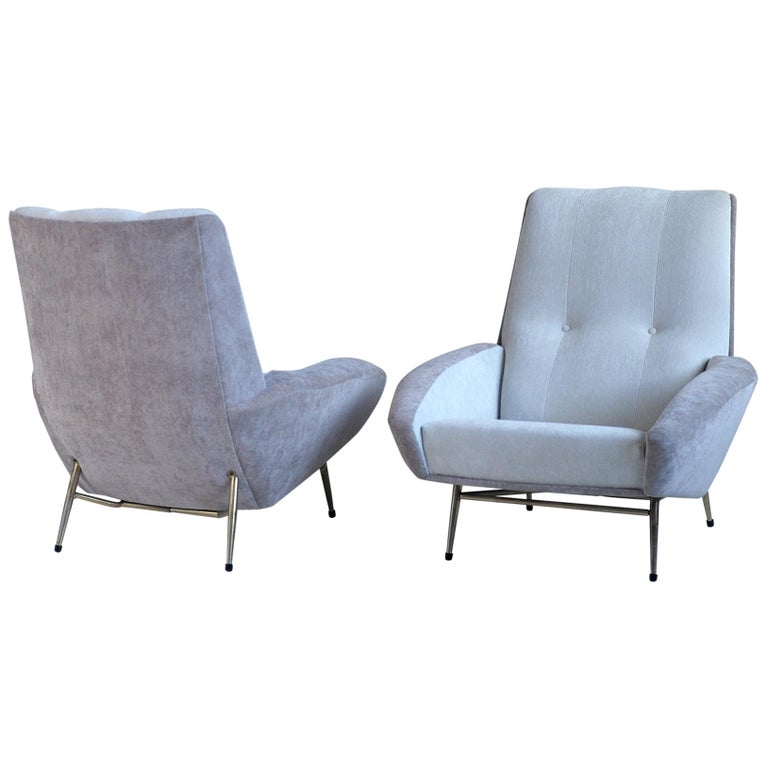 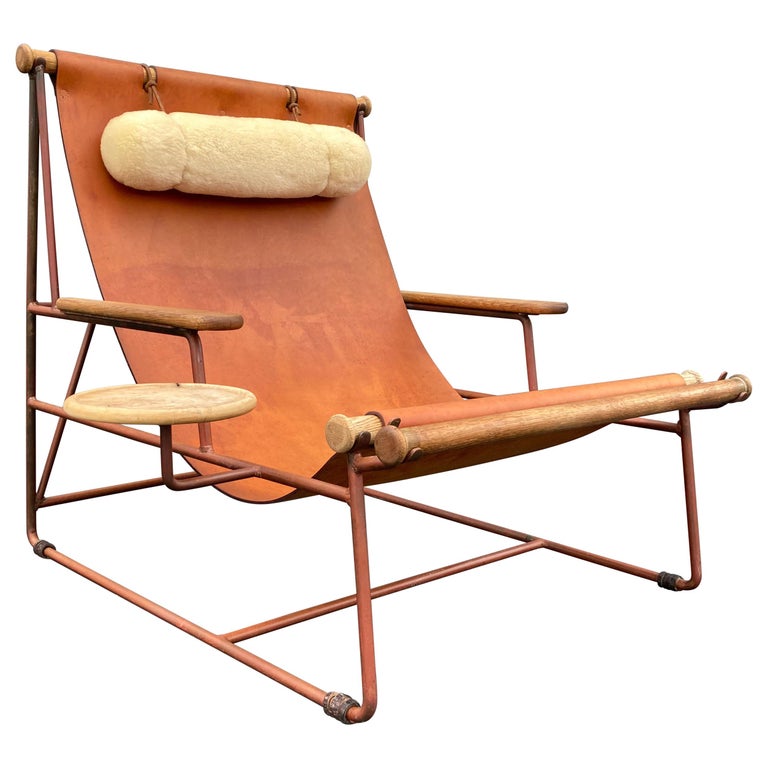