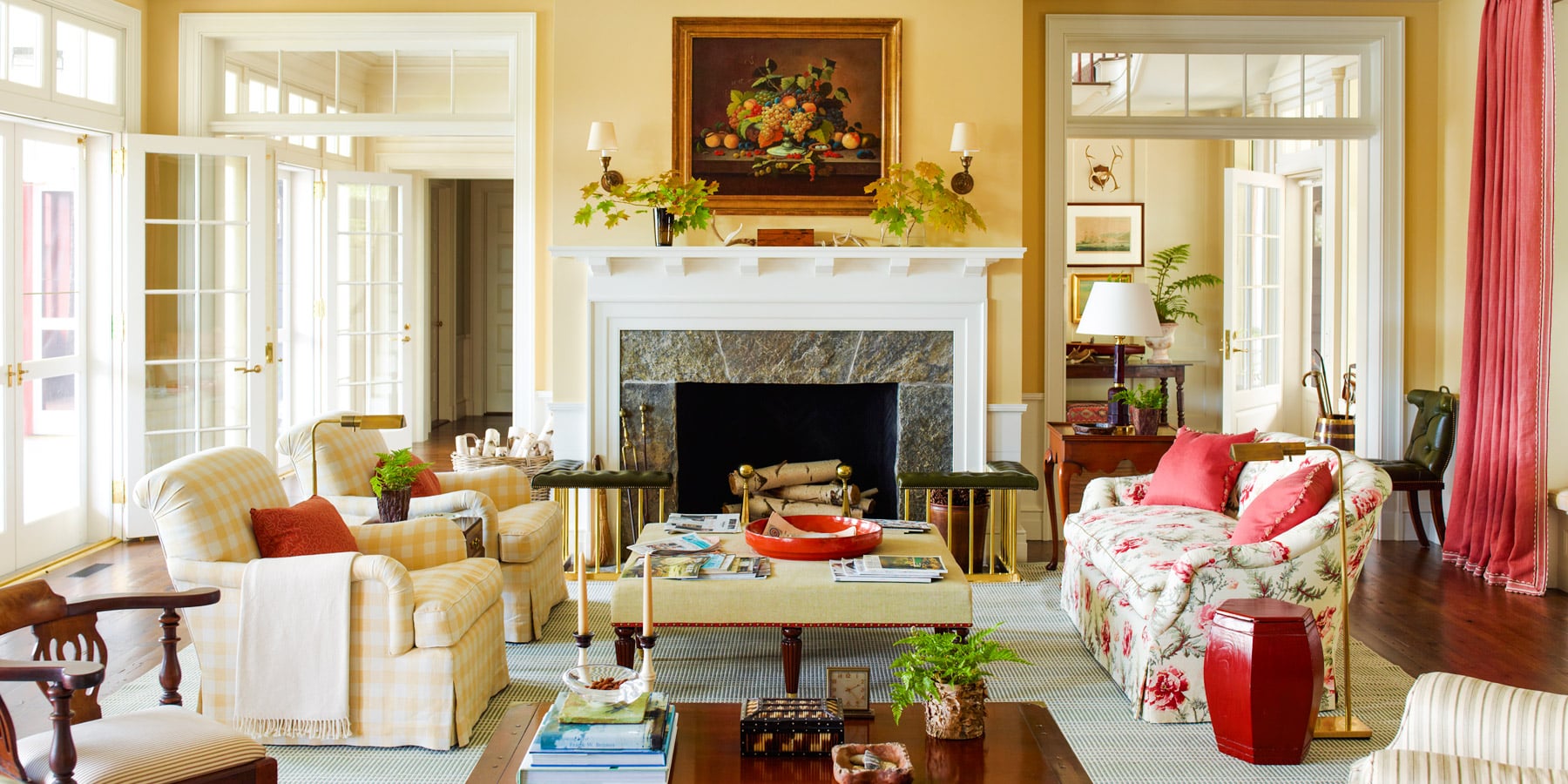 The architect keeps his work, with its distinct style, fresh by collaborating with interior designers and playing with modernism. 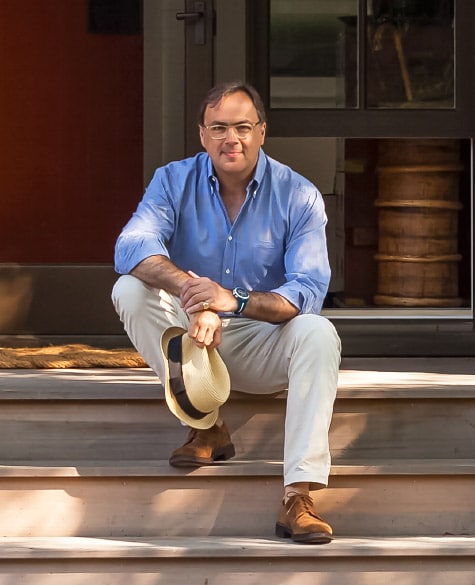 In his new book, Gil Schafer shows himself to be a master of classical architecture with a modern understanding of how people live. Top: For a Lake Placid home, Schafer’s firm designed both the structure and the interiors, working with the clients to integrate old family furniture and fabrics. All photos by Eric Piasecki

The New York architect Gil Schafer III is famous for designing elegant, comfortable houses that expertly blend a classical vocabulary with a sensitivity to the way his clients live today. But he’s also keenly interested in how a house fits into its surroundings and how it connects to the memories of its occupants. Schafer’s new book, A Place to Call Home: Tradition, Style, and Memory in the New American House (Rizzoli), explores the ways in which place is fundamental to the idea of home. His first book, The Great American House: Tradition for the Way We Live Now (2012), addressed the fundamentals of house design — architecture, landscape and decorating — in a classical context. In the new book, he sought “a certain variety of style, and also of place,” both of which are evident in the seven houses featured in its pages.

A rustic late 19th-century cottage in Mill Valley, California, is a perfect example. Schafer opened up the cramped floor plan and brought in more daylight while also using old materials and hardware to maintain the historic feeling that the owners treasured. The combination created a perfect backdrop for the British designer Rita Konig’s quirky, eclectic interiors. “I like to decorate,” Schafer says, “but I really love collaborating with decorators — you learn more.”

For a Fifth Avenue apartment, Schafer designed a columned entry that frames a view across the living room to Central Park, giving those who enter an immediate sense of where they are. He created a sense of history for a new house in Georgia by devising a narrative in which the “original” mid-19th-century Greek Revival structure was expanded by “adding” a 1930s Colonial Revival hunting lodge. And for his own house in Brooklin, Maine, the architect took an undistinguished house from the early 1990s — “My friends thought I’d lost my mind,” he recalls — and turned it into a surprisingly modernist-tinged getaway that balances warm, cozy spaces with ones taking advantage of the views across Blue Hill Bay to Mount Desert Island. Whatever the setting, Schafer has a gift for making people feel right at home. 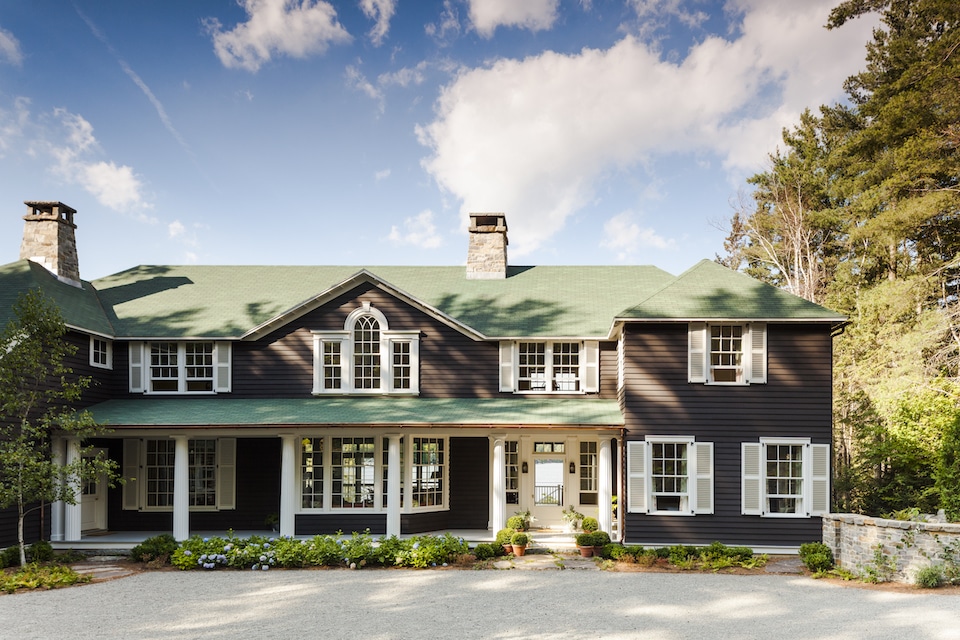 “On this site, I knew how important it was to the husband to be able to come in his front door and immediately see the lake,” Schafer says of this Lake Placid home. 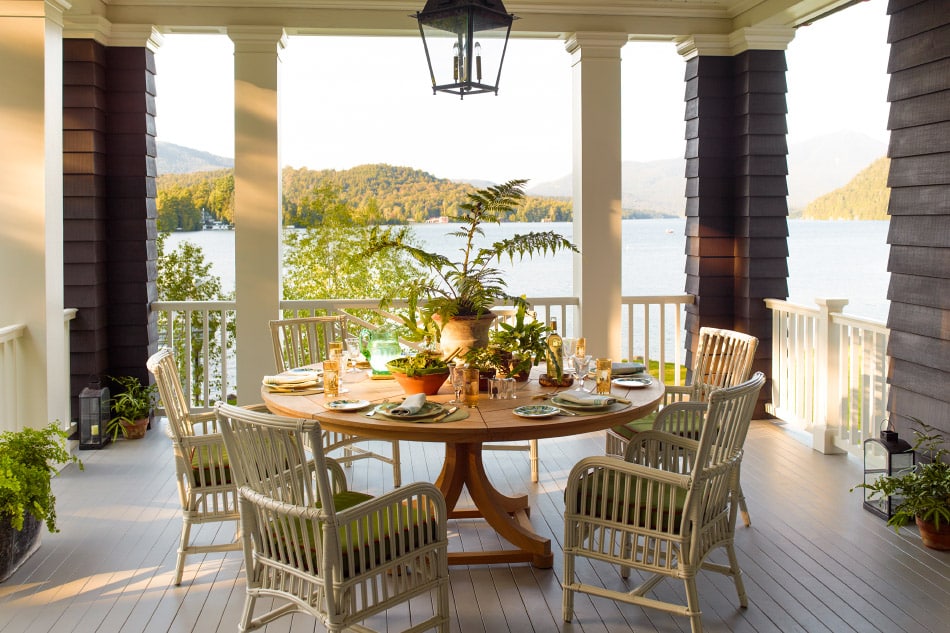 Schafer notes in his new book that the views of Lake Placid and Whiteface Mountain influenced the siting and character of this new Adirondack camp. 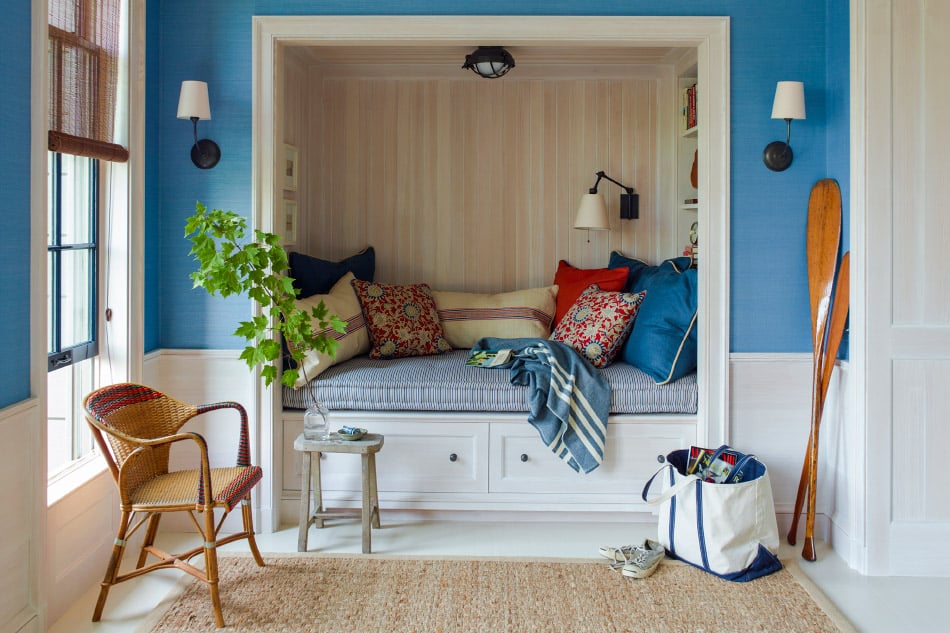 In the home’s playroom, the walls are covered in sea-blue grass cloth, and a pair of bunk nooks flank French doors that lead to the shore. 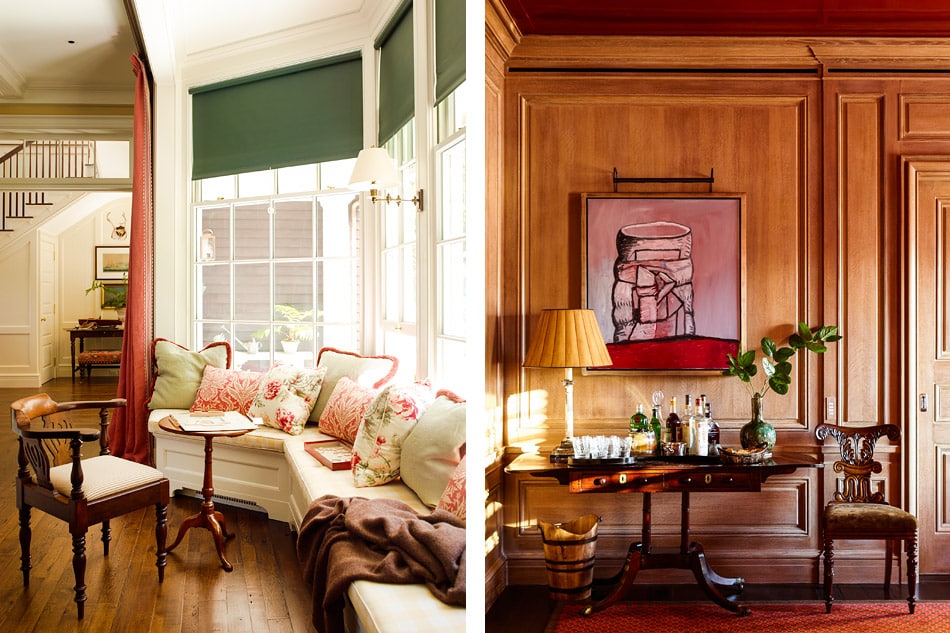 Left: The childhood home of Schafer’s client inspired the bay window and seat in the Lake Placid home. Right: Hanging in the cerused-oak-paneled library of a formal prewar New York apartment on Fifth Avenue is a Philip Guston painting, which “introduces a welcoming and pleasingly complementary note of vitality into the stately context,” Schafer writes. 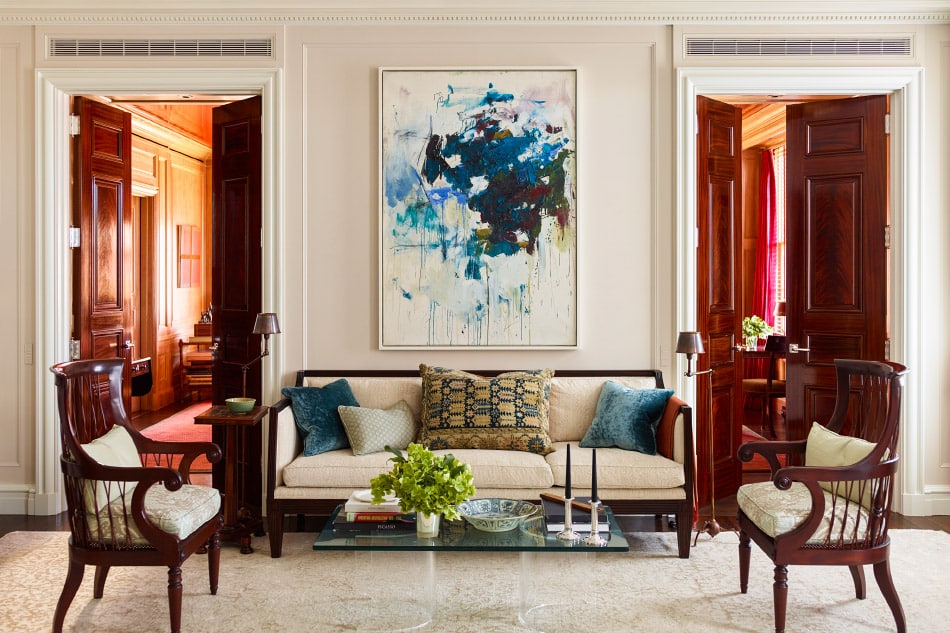 An abstract painting by Joan Mitchell hangs above the sofa in the New York apartment’s living room. Schafer writes that the work “proves an excellent foil for the traditional 18th-century French-inspired moldings.” 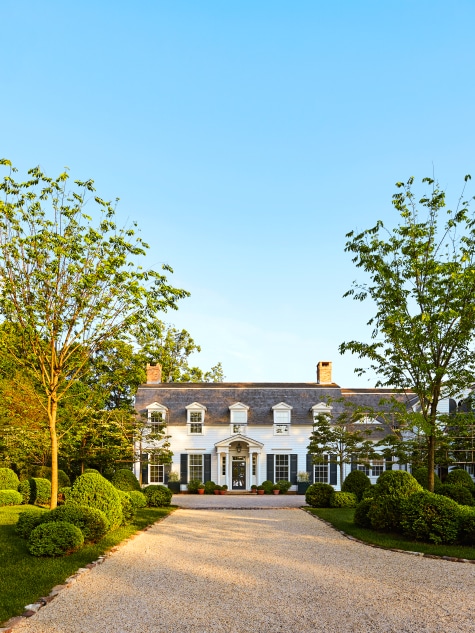 For a New Jersey project, “we studied the regional precedents and decided that the late-18th- and early 19th-century Dutch Colonial gambrel-roofed houses of the region were both an appropriate reference point and well suited to the client’s needs,” Schafer writes.

He comes by this naturally. As he says in the book’s introduction, “I was fortunate to have one of the greatest gifts an architect can receive: a peripatetic childhood.” The places where Schafer lived made a big impression. There was the old New Jersey farmhouse where he spent much of his childhood, and his paternal grandparents’ stone-and-shingle house (designed by his architect grandfather) outside Cleveland. There were also his great-grandmother’s stone cottage at the San Ysidro Ranch, the storied resort in Santa Barbara, California; a “Caribbean modern” winter house on the island of Eleuthera; and a “surf shack” in Carpinteria, California, where Schafer lived with his mother and which had a glass “garage door” that opened the living room to the ocean views. But perhaps the most influential of all was his maternal grandmother’s hunting plantation in Georgia, with its classical architecture, quirky touches like a doorknob carved in the image of a man’s face and beautiful gardens contrasting with the wild Southern landscape beyond. The house, Schafer worte in his first book, taught him the role of charm in “making a grand place feel human and warm.”

When Schafer decided to become an architect himself (how could he not, with a childhood like that?), he got his graduate degree at the Yale School of Architecture. He studied with a who’s who of the field, including Robert Venturi and Frank Gehry, and worked as a student for Charles Moore and William Turnbull Jr. Schafer won a prize for a project he designed for another professor, Bernard Tschumi, one of the leading proponents of deconstructivism. But in spite of having earned his modernist stripes, Schafer ultimately felt more comfortable with a traditional approach. After several years at Ferguson Murray & Shamamian Architects (now Ferguson & Shamamian), a firm known for its classical bent, and a stint as president and then chairman of the Institute for Classical Architecture & Art, Schafer opened his own practice, G.P. Schafer Architect, in 2002. He would not, however, describe himself as a strict classicist. As he says in the book, he prefers a house that “looks traditional but lives contemporary” and that attains “a cohesiveness that shortchanges neither history nor modernity.” 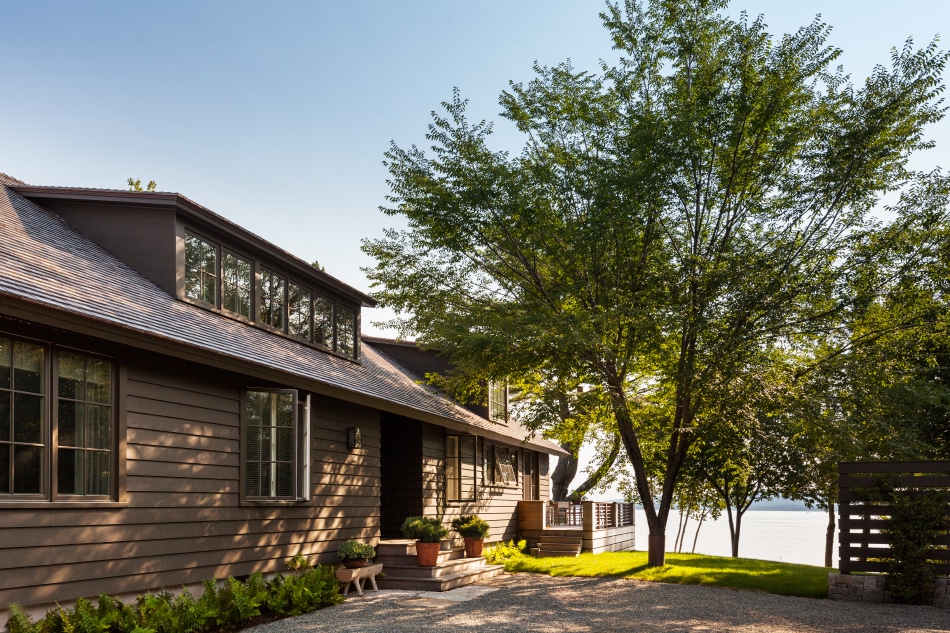 Brooklin, Maine, “has a special history that is beloved by its residents,” Schafer writes. “The almost-A-frame, early-1990s-vintage, chalet-style house I bought there, however, had, as the saying goes, ‘issues.’ “ 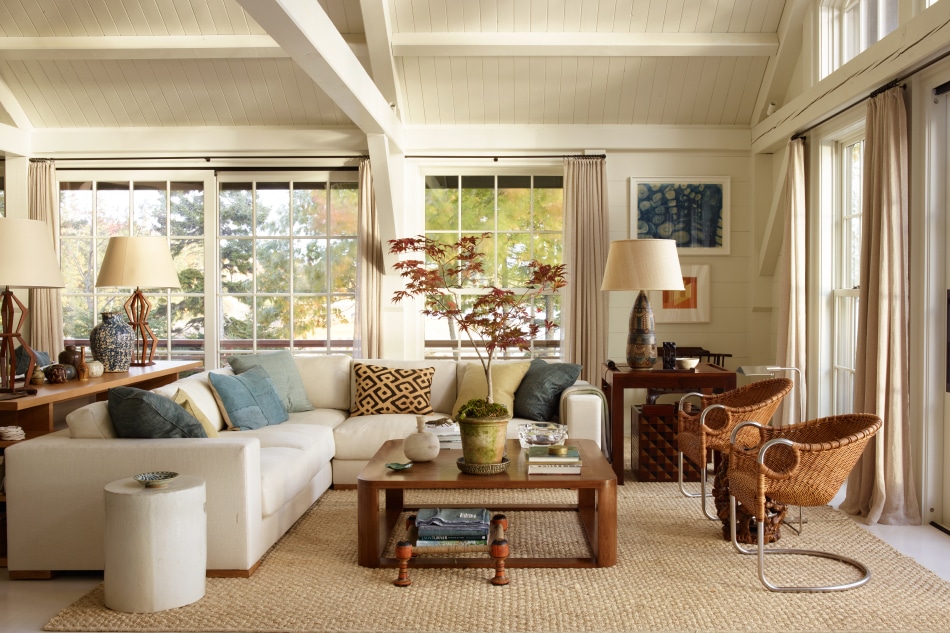 Schafer divided the living area of his Maine home’s massive great room “into two back-to-back zones,” one for daytime and the other for evening. Both spaces contain L-shaped sofas, designed by Schafer, that are separated by a long oak console table, also of his design. 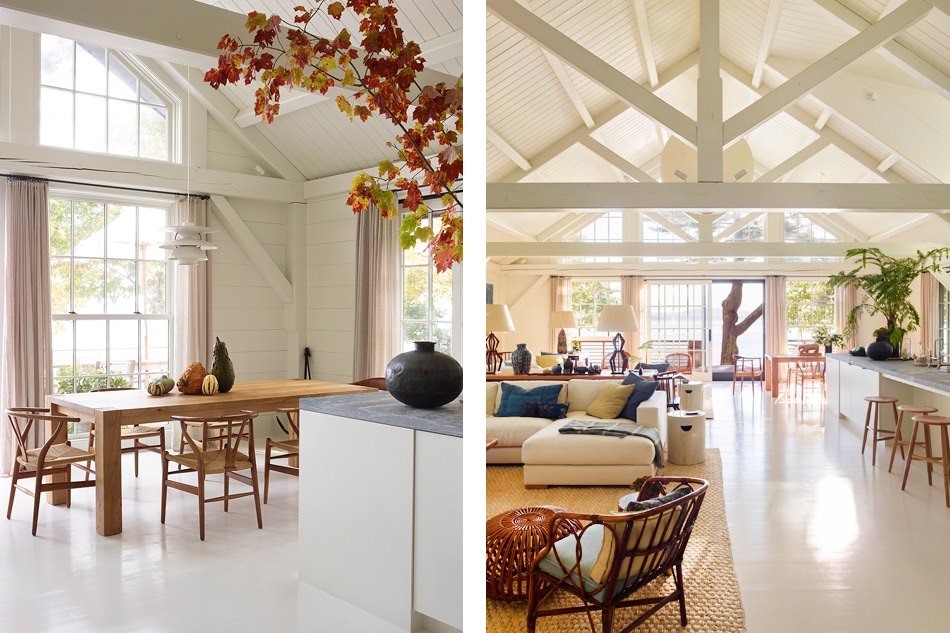 Left: A Poul Henningsen pendant lamp hangs over the new oak table and vintage Hans Wegner chairs in the great room’s dining area. Right: Schafer enlarged and raised the head heights of the windows in the great room to emphasize the connection to the outdoors and the view of Blue Hill Bay. 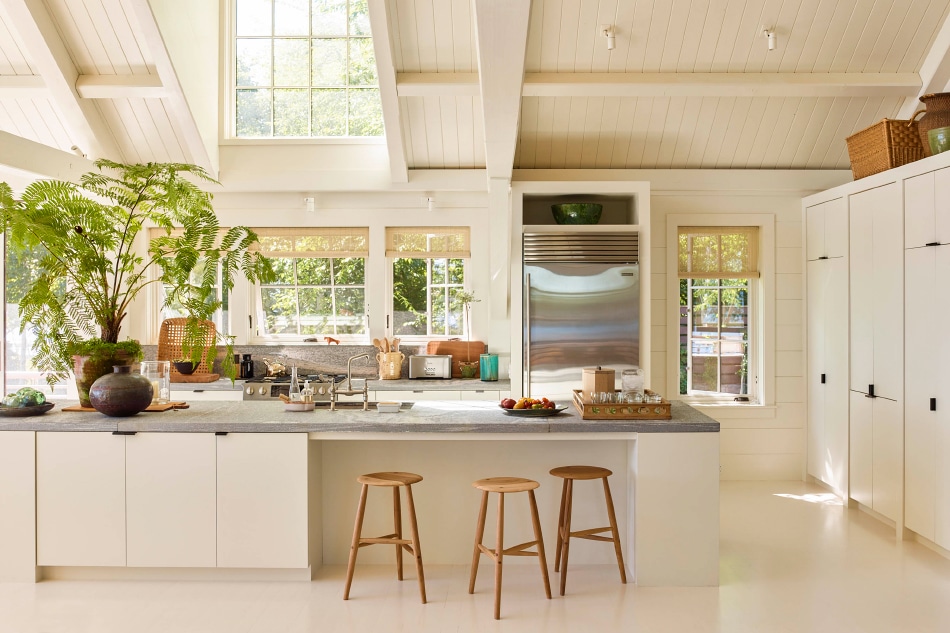 “I am not the most committed of cooks, but I love my kitchen, which is fully equipped and comfortable to work in and permits both casual dining and an easy connection to people sitting in the living room,” Schafer writes. He added a new dormer window to bring even more light into the airy space. 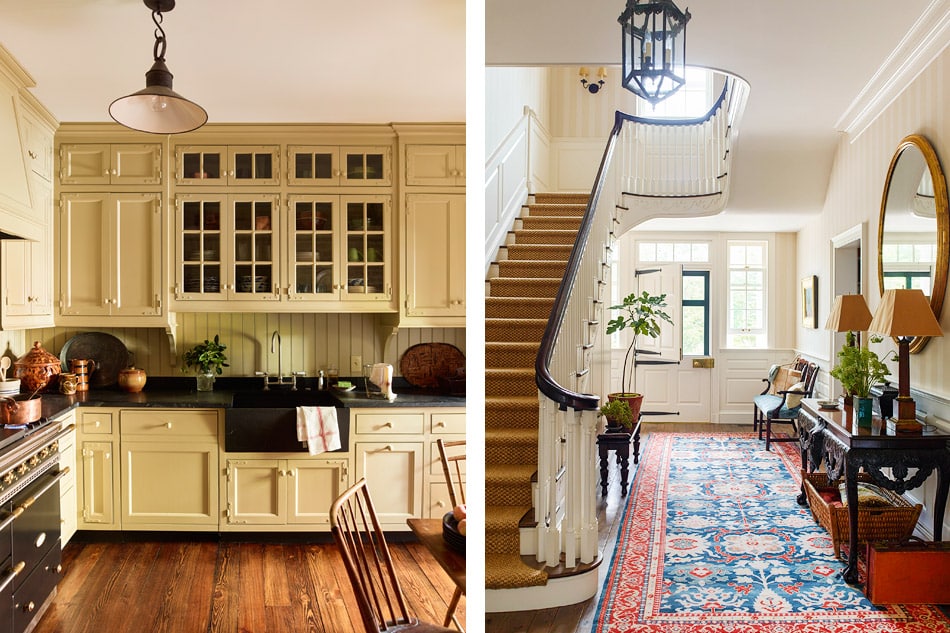 Left: Following local custom, Schafer painted the wrought-iron hinges and wooden knobs on the kitchen cabinets in a restored Charleston carriage house. Right: For a New Jersey Dutch Colonial, “we designed a stair that equaled the molding program in terms of elegance but kept the balusters simple but refined, as befitted a country house,” Schafer writes. 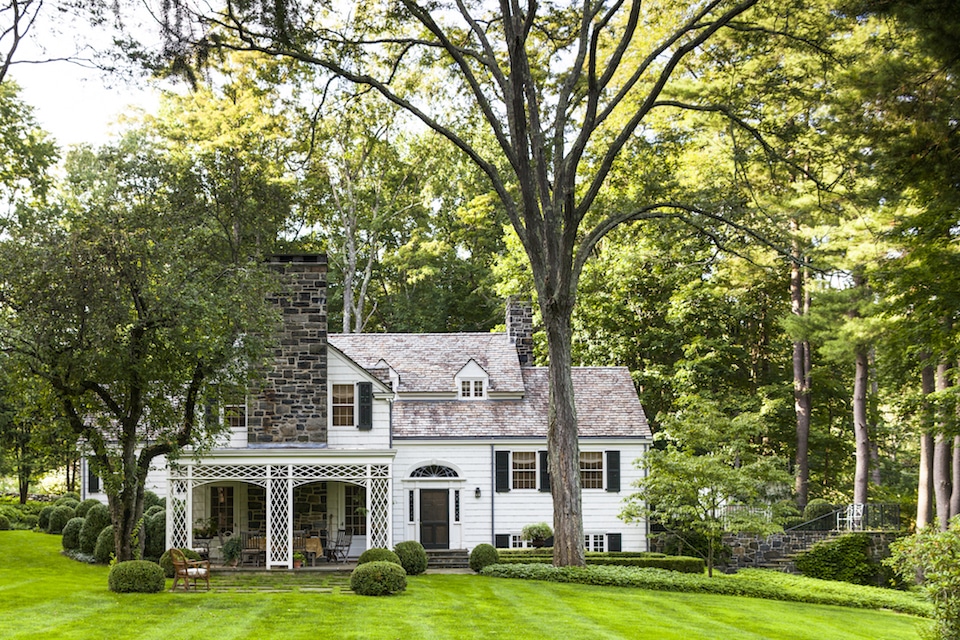 “I found the eccentricity of the 1930s Connecticut Colonial architecture hard to resist and chose to enhance it with landscape elements,” Schafer writes of this Litchfield County home. He added a stone terrace to the house and redesigned the elevated terrace that adjoins the dining room. 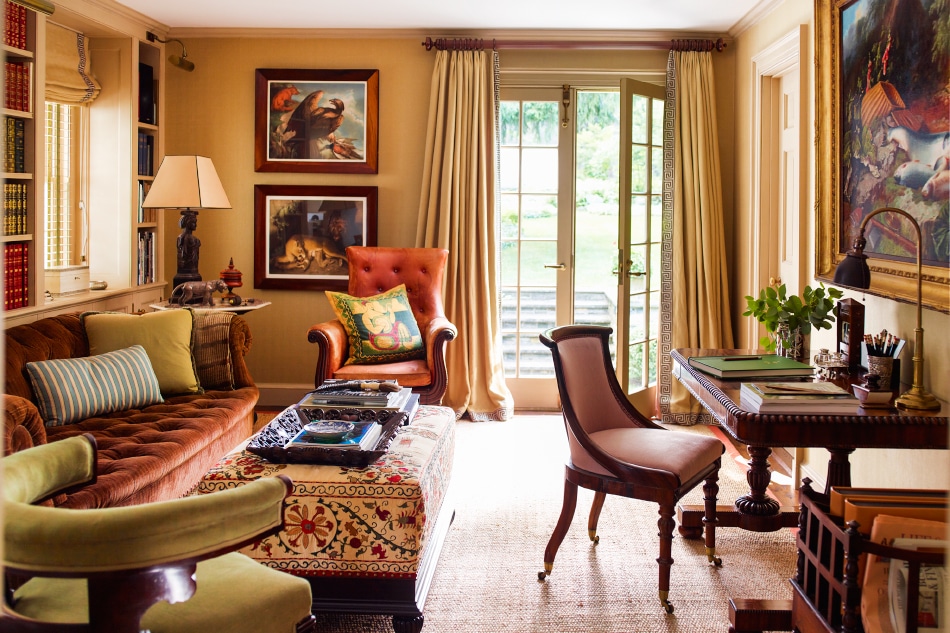 In Connecticut, Schafer repurposed this space, originally a bedroom, as a study for one of the homeowners, outfitting it with a chesterfield sofa and ottoman designed by his firm and adding French doors that lead to a walled garden.

Schafer’s current projects include a home on Mount Desert Island, on which he is collaborating with the designer Tom Scheerer. He is also restoring a Georgian-style house from the 1910s in San Francisco, with Bunny Williams doing the interiors. What’s more, he’s at work on what he calls a “Caribbean Colonial–ish” house on Jupiter Island, Florida; a Federal-period-inspired stone farmhouse in Tennessee; and a new shingled house in Rhode Island. For the last, Miles Redd is doing the interiors while Deborah Nevins is taking on the landscaping — as much as Schafer loves working with decorators, he is even more passionate about landscape designers. “Landscape, he says, “is really important. It’s the ‘fourth wall’ of a project.” In all these projects, Schafer’s ultimate goal is “to fit in — to be beautiful, but not too showy,” he says. “We’ve been most successful if no one knows we were there.” 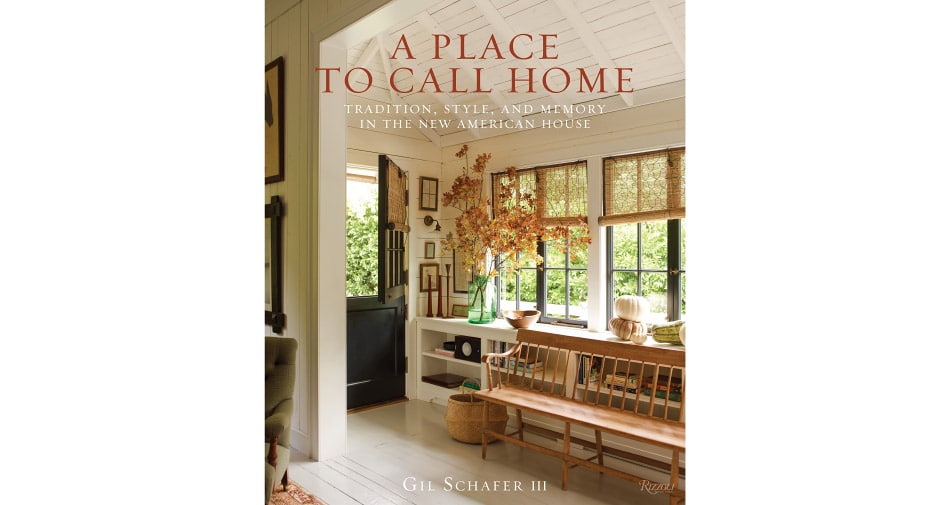 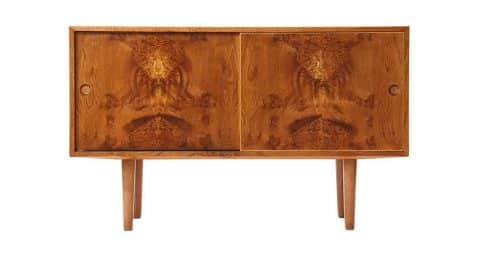 “I always turn to Wyeth for the most extraordinary, iconic examples of mid-century furniture and objects. This cabinet by Hans Wegner has amazing presence within the simplest of forms, thanks to the beauty of the oak burl on its doors. Perfect to anchor a living room or dining room.” 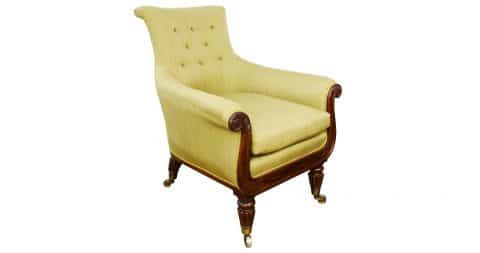 “Nothing beats the elegant way a nineteenth-century Regency library chair wraps around you — perfect for reading and handsome in a paneled room.” 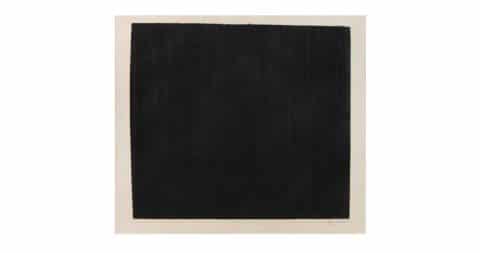 “I’ve always loved the scale and graphic power of Richard Serra’s oil-crayon screenprints and their three-dimensional texture. I would put it with equal ease in a contemporary or a traditional interior.” 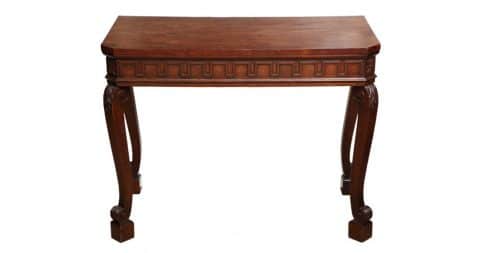 “This handsome 19th-century Irish console from the ever-reliable Niall Smith is the perfect piece for an entry hall — strong and refined.” 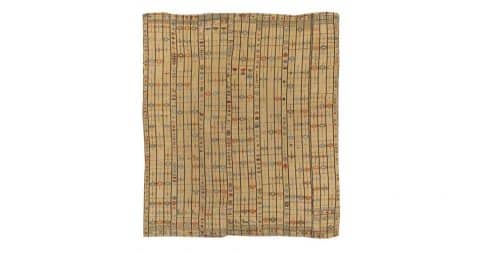 “This subtle but handsome Persian textile would make a great throw over the back of a sofa, bringing color and visual interest to a neutral background.” 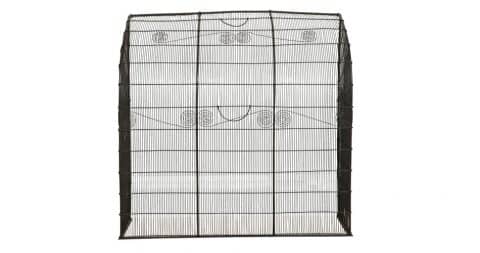 “I was immediately drawn to the delicacy of this rare American firescreen, again with an interesting graphic quality. Perfect for a traditional country-house fireplace, or something even more modern because of its graphic character.” 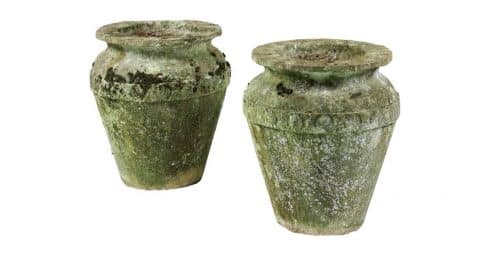 “Rose Uniacke is another dealer with a fantastic, eclectic eye. This pair of stone vases would be great in a conservatory or glazed porch but equally powerful tucked under a big console in a front hall.”