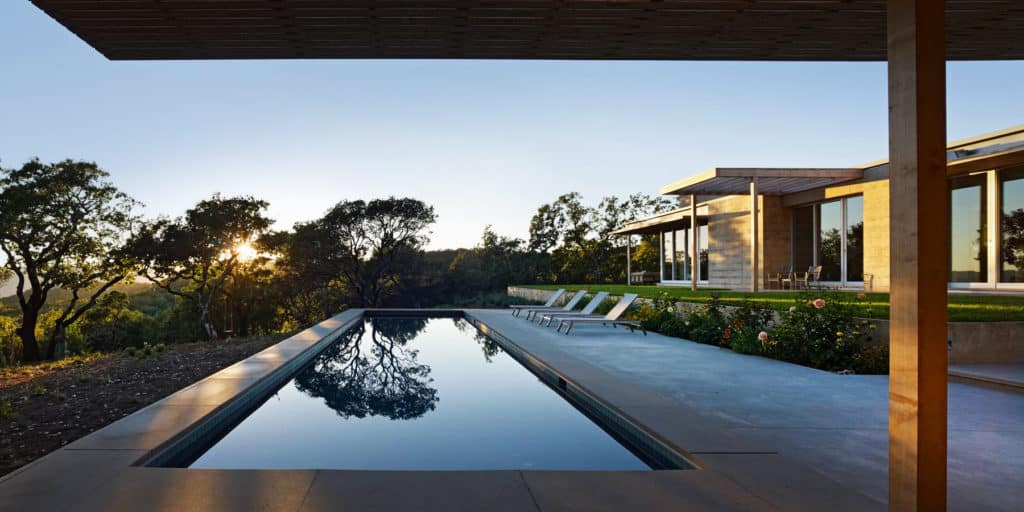 The New York architects use natural light, earthy materials and minimalist forms to sumptuous effect in their residential projects. 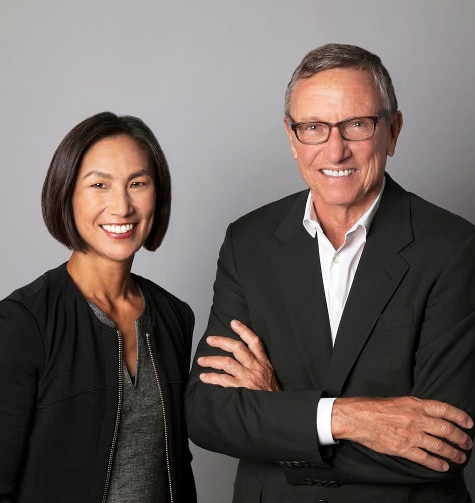 March 27, 2017Partners in an eponymous New York–based architecture firm, Dana Tang and Richard Gluckman have carved out a specialization in exquisite spaces designed to show art, be they museums, galleries or private homes (portrait by Claire Holt). Top: The lap pool of a Sonoma, California, home designed for tech entrepreneur Tim Mott overlooks the property’s vineyards and oak trees (photo by Bruce Damonte).

Architect Richard Gluckman is known for creating exquisite places to show art. Among his first major commissions was the Dia Center for the Arts, a renovation of a 40,000-square-foot warehouse space in New York’s Chelsea district. When it opened, in 1987, he says it really put him “on the map.” In the decades that followed, he designed many cultural institutions, ranging from the Mori Art Museum, a showplace atop a 53-story building in Tokyo; to the Museo Picasso Málaga, in Spain, a sublime combination of old and new; to the Georgia O’Keeffe Museum in Santa Fe, where he took his cues from the artist’s own adobe studio; to the Warhol Museum in Pittsburgh. Back in New York, he designed spaces for such blue-chip galleries as Gagosian and Paula Cooper. And he became the go-to architect for wealthy collectors looking for museum-quality spaces in their homes. One hired him to design a pavilion for viewing a collection of Isamu Noguchi sculptures, then another to house a dozen works by the minimalist artist Walter De Maria.

So it’s not surprising that Gluckman would have plenty of work in China, a country currently constructing hundreds of new museums. It helps that he has a Chinese-speaking design partner, Dana Tang. That’s a happy accident, however. “I’m Chinese-American, but I did not grow up speaking Chinese,” says Tang, a native Manhattanite. She learned Chinese as a University of Colorado undergraduate, in grad school at Harvard and in a summertime immersion course at Middlebury College.

These days, their firm, Gluckman Tang Architects, is working on four museums in China, three of which are expected to open this year. One is a 270,000-square-foot teaching museum at Zhejiang University, in Hangzhou, modeled on those at American colleges. Tang’s collaborators on the project include her uncle Wen Fong, the former chair of the Department of Art and Archaeology at Princeton University and the former Consultative Chairman of the Department of Asian Art at the Metropolitan Museum of Art. 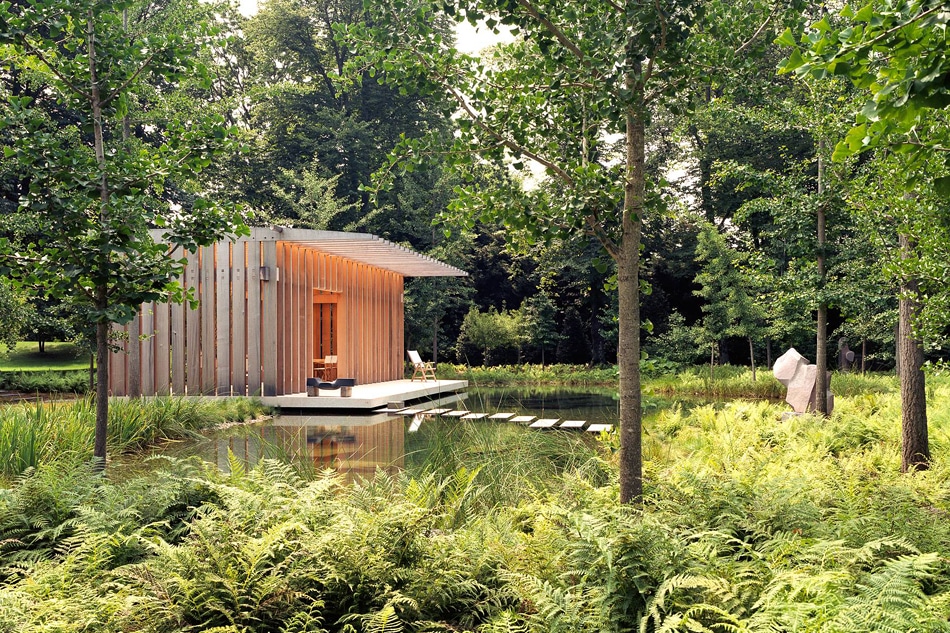 Near a pond adjacent to a home in Bridgehampton, on New York’s Long Island, Gluckman used traditional Japanese joinery techniques to create a small structure of Alaskan yellow cedar. The building, which sits within a landscape designed around sculptures by Isamu Noguchi, serves as a private gallery. Photo by Nikolas Koenig 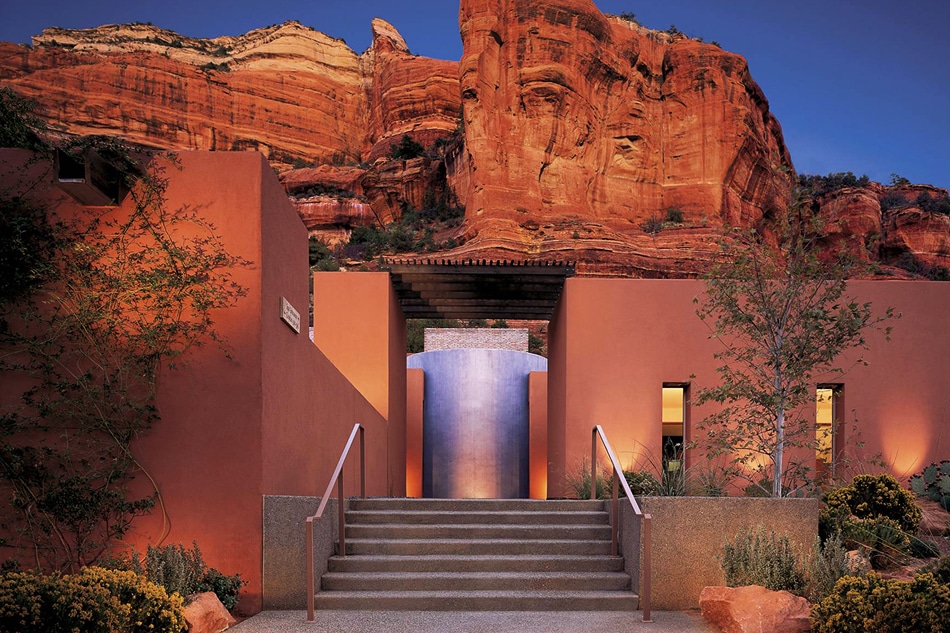 Set against a red rock backdrop, Sedona, Arizona’s Mii Amo spa hotel stands as a series of shifting volumes of earth-toned stucco with natural accents of stone and brick. Photo by Lonna Tucker 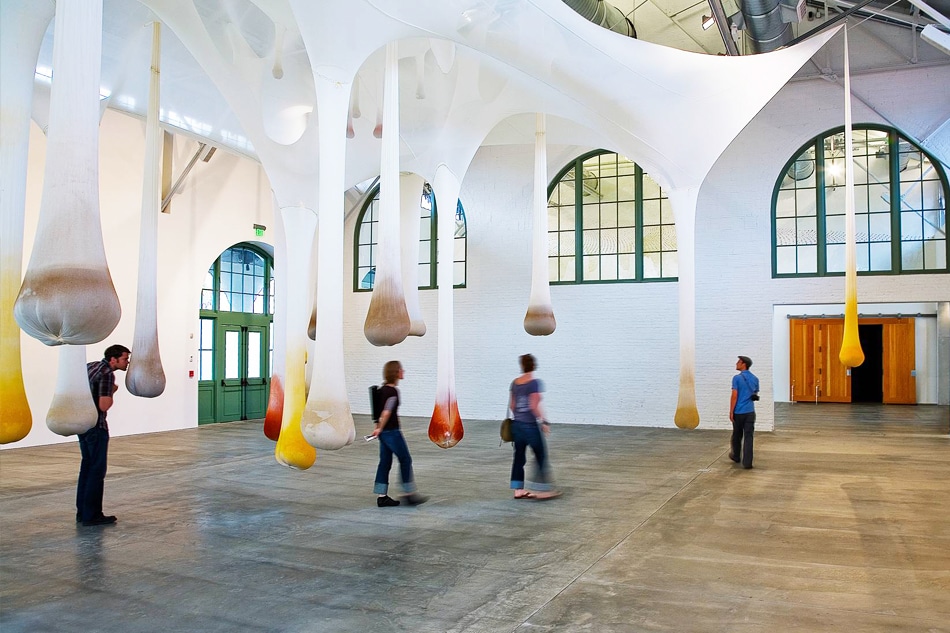 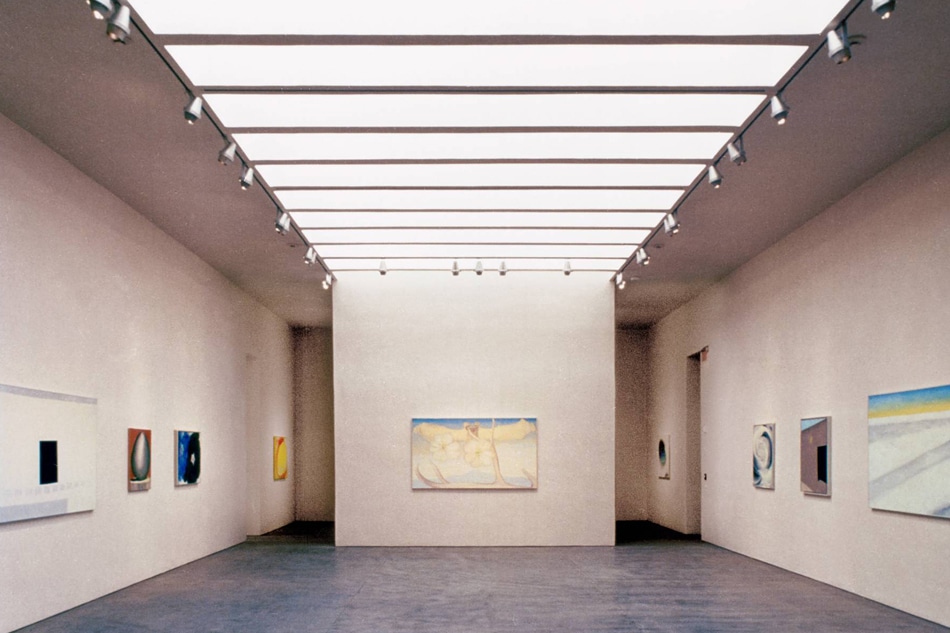 The tinted-concrete floor of the main gallery of the Georgia O’Keeffe Museum in Santa Fe, New Mexico, references the packed-dirt floor of the artist’s home in Abiquiu, an hour’s drive north. Photo by Robert Reck 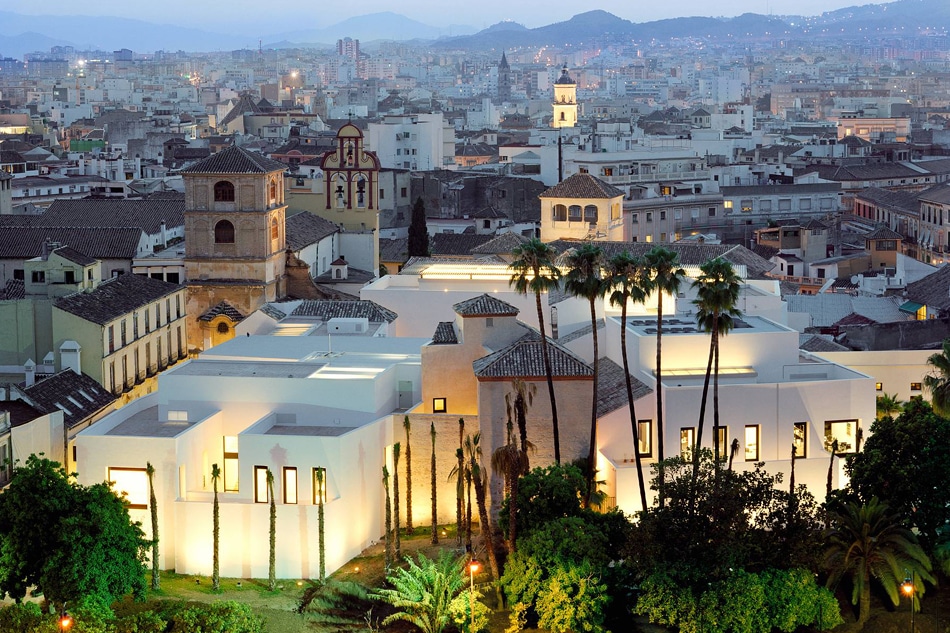 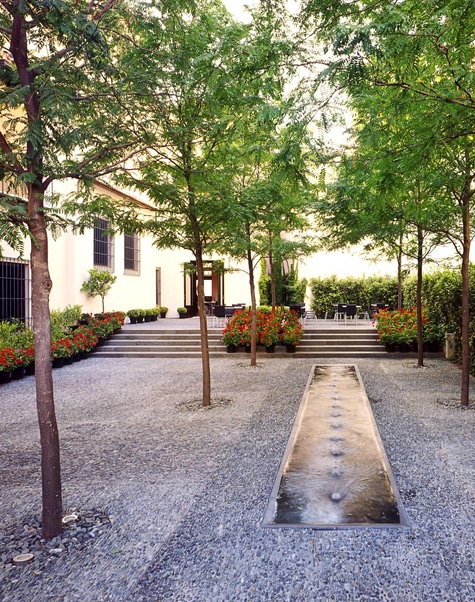 But there is another side to the firm that Gluckman founded 40 years ago. (Tang, who has worked with Gluckman for more than 20 years, became a name partner in 2015.) It has completed a number of residences where art isn’t the focus. Take the house in Sonoma that Gluckman created for tech entrepreneur Tim Mott. The design draws inspiration from three things no artist could create: the movement of the sun across the property, the local prevailing winds and the inspiring views of nature provided by the setting. Gluckman gave the house a strong central axis, embodied by a kind of breezeway that leads directly from a guest house and studio suite to the dining room of the main house. From there, it proceeds to a terrace that offers glimpses of the San Francisco skyline, some 40 miles to the south. “You have to know when to hang a picture on the wall and when to let the view be the picture,” he says.

One of Gluckman’s calling cards is his own house, on the North Fork of New York’s Long Island, where a roof deck on the second floor steps up to become a viewing platform behind parapet walls. Not long ago, a couple with property in Bridgehampton saw photos of that house and asked Gluckman for something similar. The architect created two volumes — one containing living spaces, the other bedrooms — linked by a hallway of translucent “channel glass.” Off the master bedroom is a partly enclosed deck that gives the owners privacy. It then connects to an upper deck, like the viewing platform at Gluckman’s home, offering views of the water, says Gluckman.

Richard Gluckman became the go-to architect for wealthy collectors looking for museum-quality spaces in their homes.

Gluckman used a lot of wood inside the Bridgehampton house, even covering the living room’s high ceilings with the same white oak as its floor. Visually merging the floor and ceiling makes the tall room feel comfortable, he says, admitting he got the idea from Donald Judd. (The wooden ceiling of Judd’s fourth-floor living room in SoHo was a “brilliant addition” to the artist’s house, “implying a planar volume often found in his sculptures,” the New York Times’s Roberta Smith has written.) Elsewhere in the Bridgehampton home, Gluckman used as little drywall as possible, not just because he dislikes it but because all-wood houses recall traditional beach cottages, built back when drywall didn’t exist and plaster was prohibitively expensive.

Gluckman did, however, create a few walls with the material, which he generally deployed as white backdrops for brightly colored paintings. “The house wasn’t designed around a specific collection, but it was designed knowing the clients had a collection,” Gluckman explains. The boldness of their paintings, he adds, is tempered by the muted landscape visible from every room. 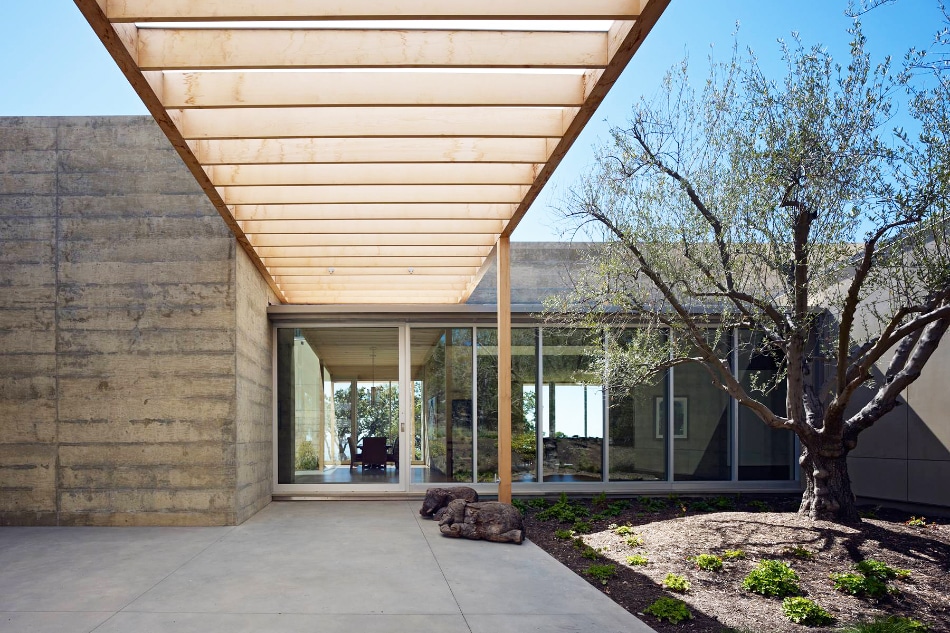 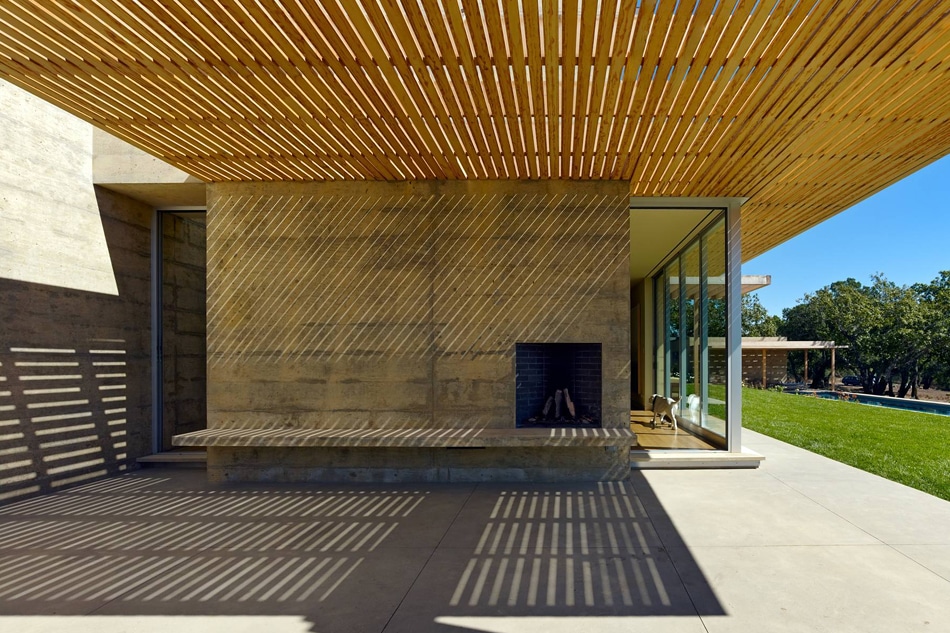 The Sonoma house’s trellises create captivating patterns of light and shadow around the periphery of the dwelling. Photo by Bruce Damonte 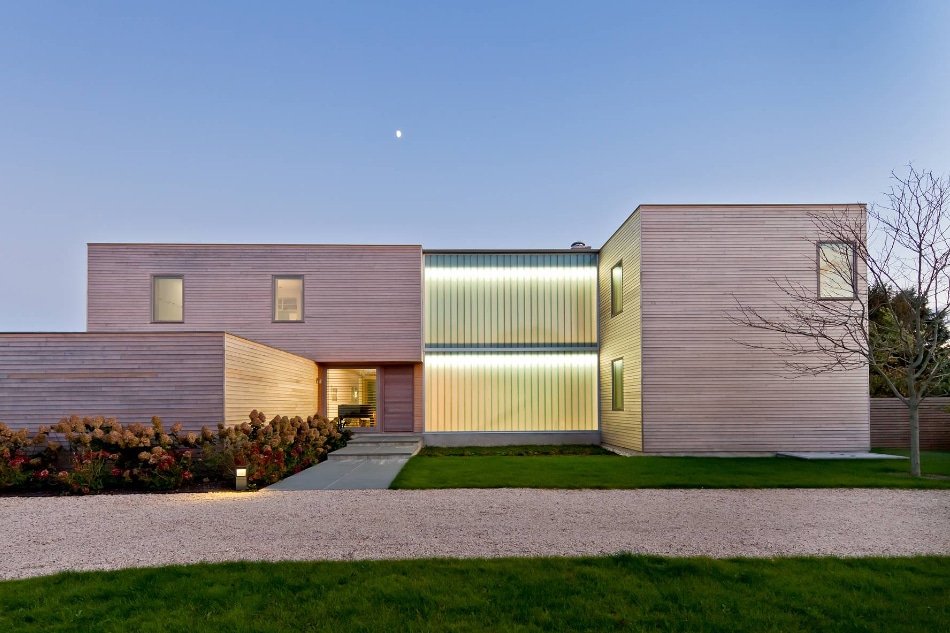 The 4,400-square-foot, two-story main house on the Bridgehampton property comprises two volumes — one containing living spaces, the other bedrooms — linked by a hallway of translucent “channel glass” that glows from within. Photo by David Heald 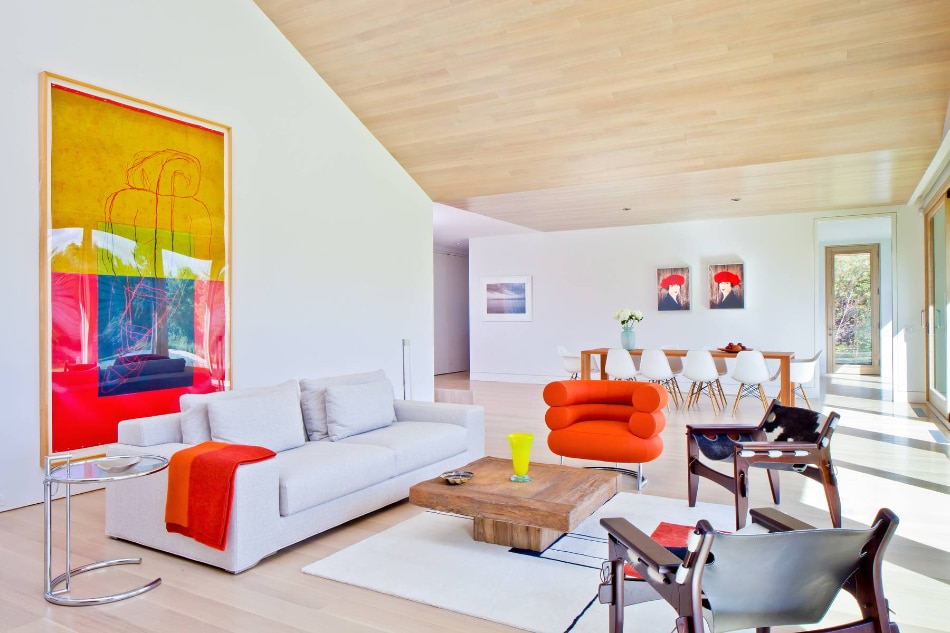 White walls, framed by ceilings and floors of white oak, form a neutral canvas for the Bridgehampton homeowners’ bold art and sculptural furnishings, including an orange Bibendum chair by Eileen Gray and a pair of Kilin chairs by Sérgio Rodrigues. Photo by David Heald 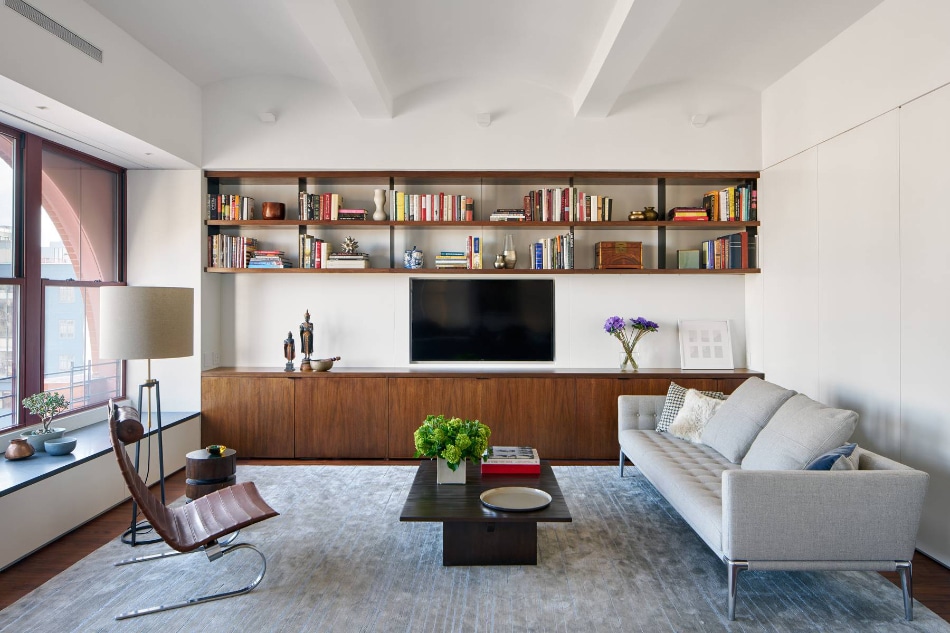 For the living room of a Tribeca loft in a former refrigerated warehouse — whose vaulted ceilings Tang kept exposed — the architect created custom walnut millwork to create a work space and house audio-visual equipment. The 243 Volage sofa is from Cassina, the PK20 easy chair is by Poul Kjærholm for Fritz Hansen, and the rug is Holly Hunt. Photo by Bruce Damonte 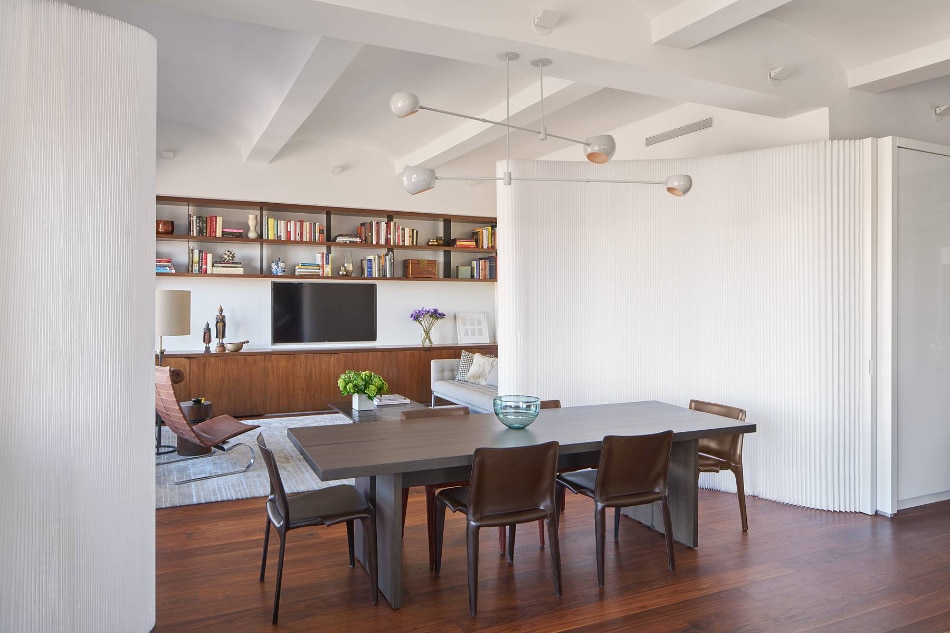 A curving wall of accordion-folded paper can be moved to separate the living room from the dining table, which is surrounded by chairs by Mario Bellini. Photo by Bruce Damonte 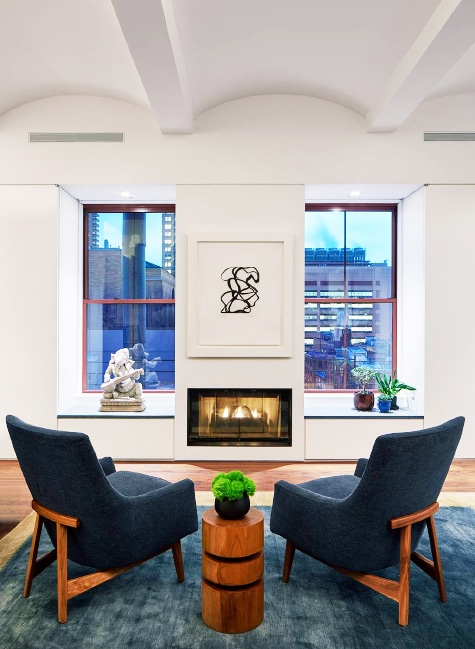 Tang entirely reconfigured the floor plan of the Tribeca loft to maximize views and daylight. The chairs are by Jens Risom. Photo by Bruce Damonte

For her part, Tang says the firm’s hallmark is reducing spaces to their bare essentials. “We care about proportions and light and materials — the feeling a space gives you — and we try to eliminate things that distract from that,” she says.

Tang’s early projects for the firm ranged from a spa in Sedona, Arizona, to an art studio in Maine. Now, in addition to museums and galleries, she too designs houses and apartments. One standout residence is a condo in a former icehouse (that is, a refrigerated warehouse) in Tribeca, where the goal was to preserve the original architecture while inserting contemporary living spaces. Tang retained the building’s vaulted ceiling, she says, “not just because it gives height to the space and reflects light beautifully, but because highlighting the original structure was important to us, as it is in many of our art-related projects.”

Reorganizing the floor plan, Tang worked to make the most of the condo’s large windows. In particular, she moved what had been an internal kitchen toward the unit’s southwest-facing wall. “We went through a lot of gymnastics to get the plumbing and the gas lines there,” she says. The result is a sleek but functional kitchen. High-gloss cabinetry bounces sunlight around the room, and floors of dark walnut provide contrast with pale-hued Caesarstone countertops in an unusual honed finish. The architect chose a David Weeks ceiling fixture for the room in part for its asymmetry, which allowed her to reconcile the unmovable bays of the vaulted ceiling with the geometry of the new kitchen.

To separate the living and dining rooms, Tang customized a Molo Softwall — a paper wall that “accordions” out to form a partition but disappears entirely when not in use. “You can wrap the dining table in a cocoon or divide the overall space in half,” she says.

Customization continued into the master bedroom, with bookshelves and night tables (and a fabric-covered headboard Tang created in collaboration with interior designer Eric Alch). One challenge, she says, was accommodating all the owners’ electronics. So the tops of the night tables slide forward, creating discreet slots for power cords.

The goal of all her interventions? To enhance the architecture, not to obscure it. As in all Gluckman Tang’s work, she says, “we really want the fundamentals of the space to be readable in the final result.” 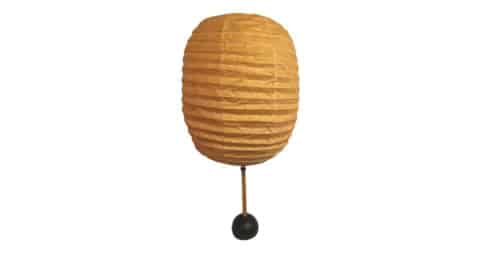 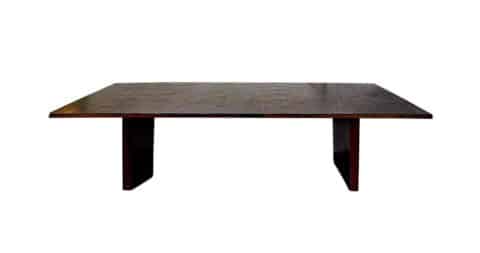 This table has “the perfect organic surface texture,” says Tang. “There’s no need to fear a wine glass will topple.” 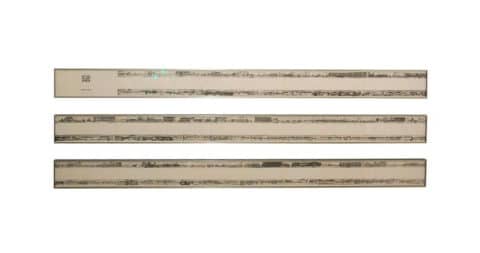 Shop Now
Every Building on the Sunset Strip, 1960s, by Ed Ruscha, offered by Orange

“A groundbreaking artwork marked by dubious ambiguity,” Gluckman says of this piece. “Its two opposing image bands tease the idea of double vision while visually mimicking the tracks of a car cruising slowly down the Strip.” 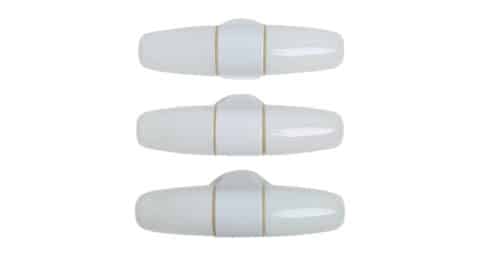 “These Wilhelm Wagenfeld sconces are perfect for over a vanity,” suggests Tang. “The simplicity of the white porcelain and white glass gives the fixture a continuity of surface that is appealing.” 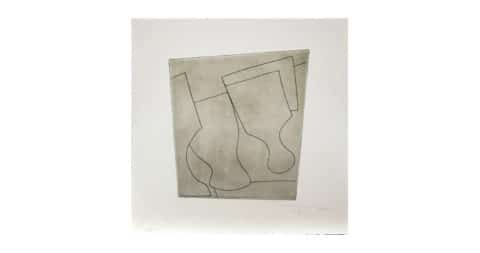 Shop Now
Two and a Half Goblets, 1967, by Ben Nicholson, offered by Bernard Jacobson Gallery 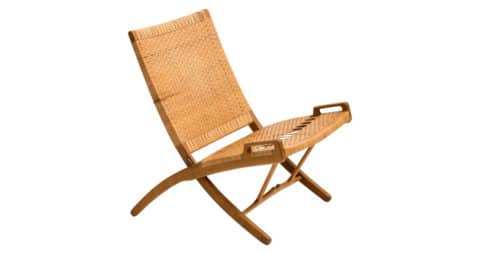 “This is a great chair — comfortable, versatile and beautiful,” says Tang. “Folded, it can be hung on the wall.” 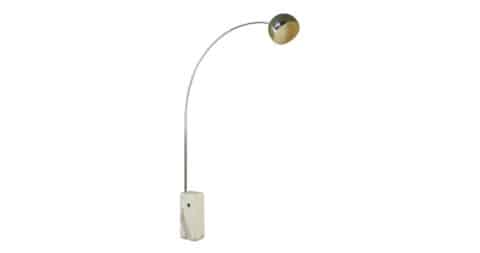 “I have always loved this lamp for its ability to solve a problem when that problem hasn’t already been solved by a room’s architecture,” Tang explains. “That is, it provides overhead, directed light in the middle of a room or seating area, even when there is no built-in lighting. The simplicity of the marble base and metal arm and shade are also appealing.” 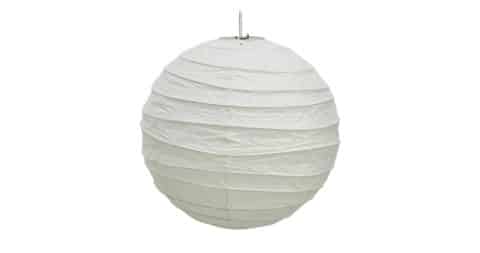 This is one of Tang’s favorite light fixtures: “simple, economic, beautiful and functional. That it folds down into a flat box is an added bonus.”